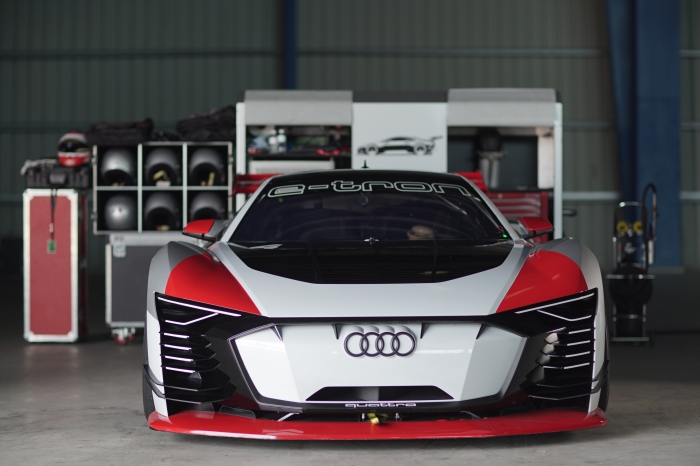 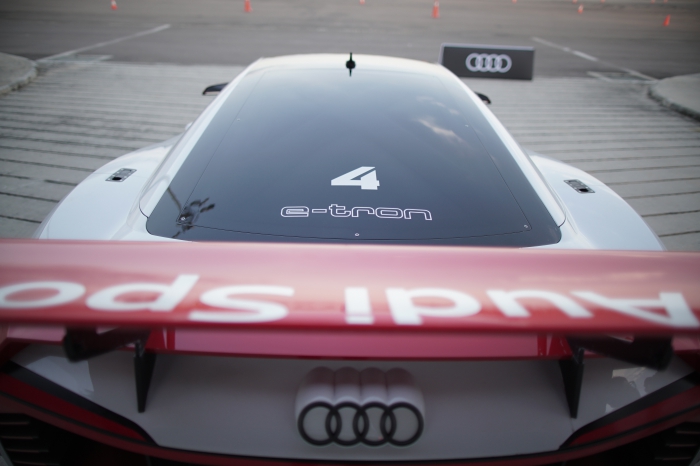 Singapore – Our last go at a racing game was during the launch of the very first Gran Turismo in 1997, Sony's epic 'driving-sim' series that's commonly touted itself as 'The Real Driving Simulator'.

Through the next few iterations, the platform would include aftermarket tuning options (to increase a car's performance and handling) and more importantly, a larger number of special, 'top-trump' cars that could be 'unlocked' for use in the game. 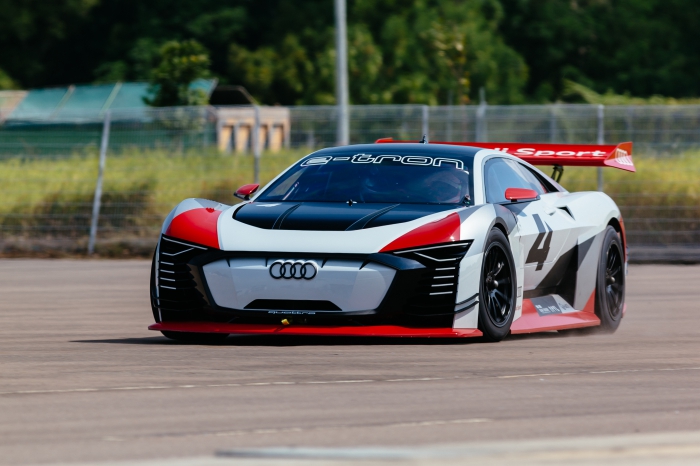 The seventh instalment, Gran Turismo Sport, was launched just last year, although there have been a handful of special ed installments in the middle. The latest games have improved in terms of graphics and car choices, as more car manufacturers jump onto the GT bandwagon; naturally in-game handling dynamics have improved immeasurably as well, so it can still proudly lay claim to being 'The Real Driving Simulator'. 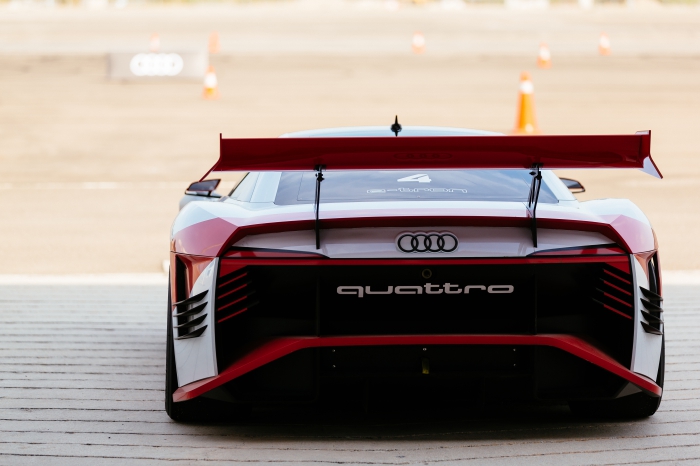 However, it is the global community of 'racers' that keeps the series well-fuelled, because of the countless race campaigns (from amateur to professional) available virtually that let drivers all around the world pit their race-craft against one other. 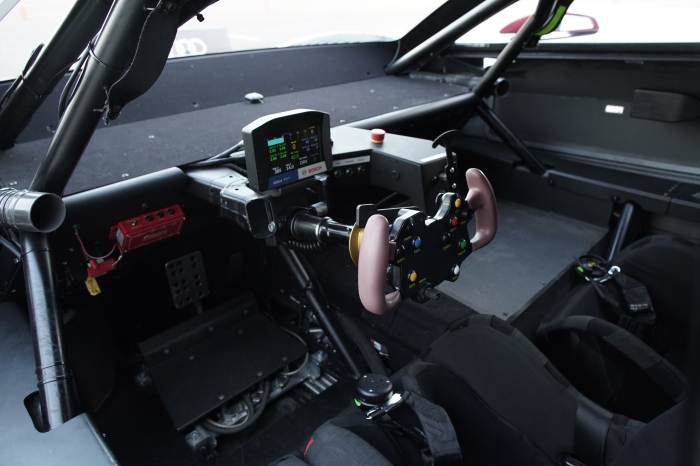 The 'Vision Gran Turismo' series of cars are the car manufacturers' 'vision' of what an ideal Gran Turismo game car would look like, and was conceived by Gran Turismo founder, Kazunori Yamauchi, to coincide with the game's 15th anniversary. The Audi e-tron Vision Gran Turismo is the latest 'concept' to join the roster of (close to) 30 cars, but it is the only Vision GT to have made the transition from virtual world to the real. 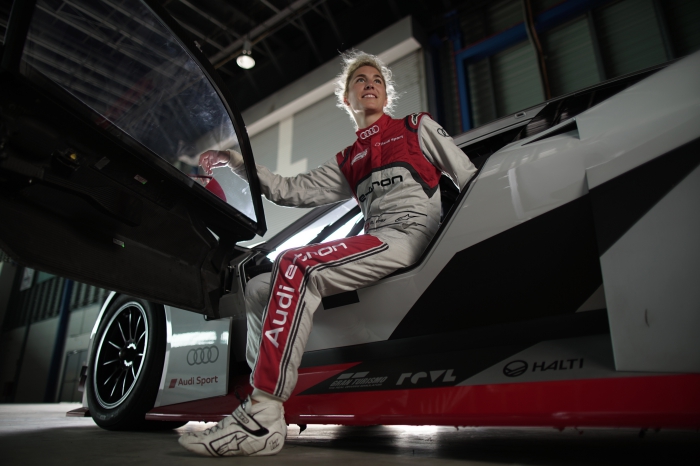 We have Rahel Frey, R8 LMS race-car pilot, to talk us through the car, as well as take us on a few hot laps during a private session ahead of the Audi Brand Experience running 10th-14th October 2018 (Click HERE for more info). 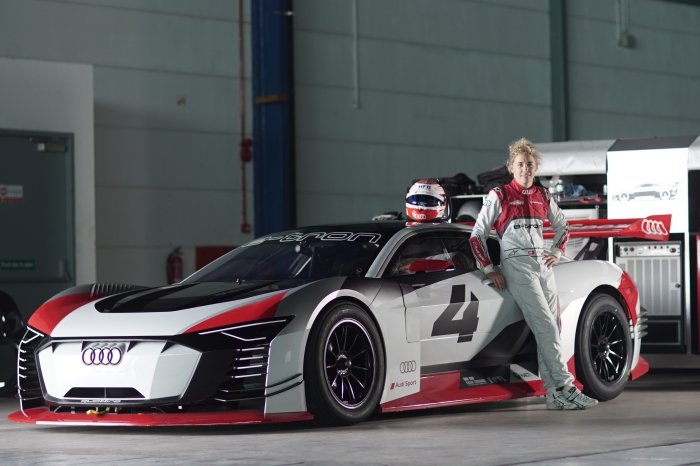 Nothing from the design of the game car has been changed, but it is placed over a working, fully-electric powertrain, which will further the brand's testing of such hardware, especially in a climate as hot and humid as Singapore's – incidentally, it's the first time in Singapore for both Rahel and the Vision Gran Turismo!

The car has served as hot-lap taxi at the Formula E races, but otherwise, nothing on the outside 'works'... the lights are stickers, as are the 'mirrors', and there're no wind-tested aero effects for maximum downforce and the like. The Audi e-tron Vision Gran Turismo has literally been transplanted from the Real Driving Simulator into the real world and onto an EV powertrain. 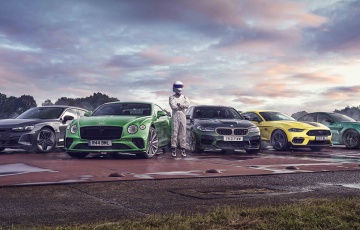