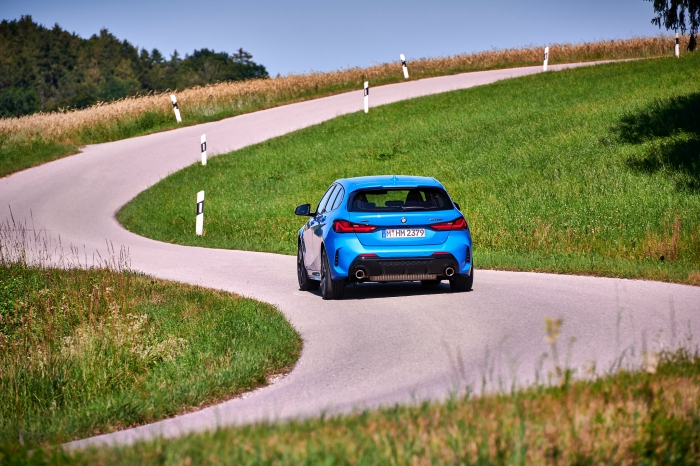 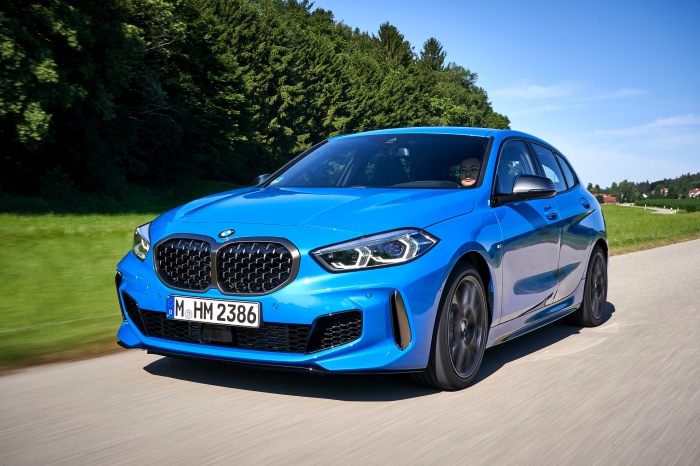 Ben Chia in Munich, Germany – I have a friend who drives a previous generation BMW 118i, and according to him, based on what he has observed in the community, 1 Series drivers here are neatly split into two camps. 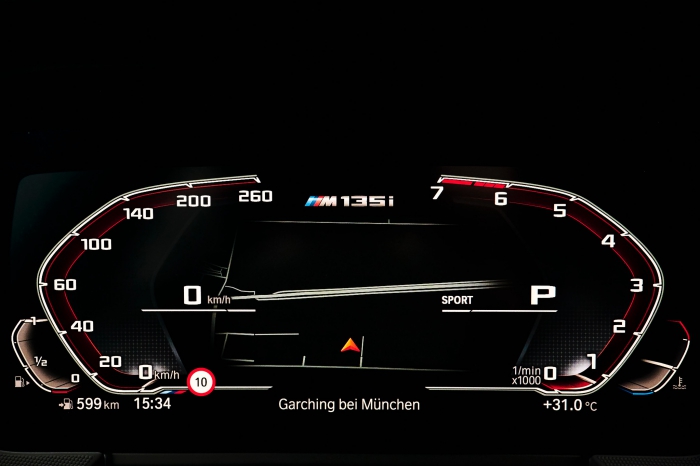 Those like him who are genuine driving enthusiasts and appreciate the joys of a well-engineered, compact rear-wheel-drive (RWD) car. And then there’s the other camp, which bought a 1 Series simply because it’s an affordable BMW.

(Don't shoot us, but this is still one of our fave BMW 1s... Click HERE to read about it)

My friend says that the ownership split is about 50:50, but research from BMW says that it probably leans more towards 30:70 in favour of the non-enthusiast camp. It’s a real shame, but such is the reality of our world today, where driving the'right’ brand is seen as more important than what is actually underneath. 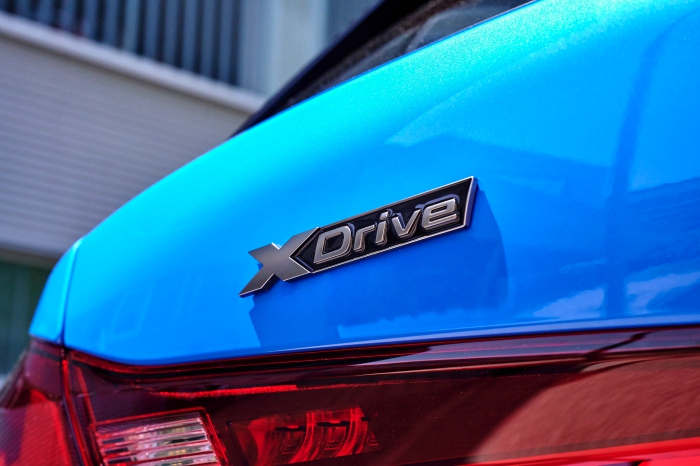 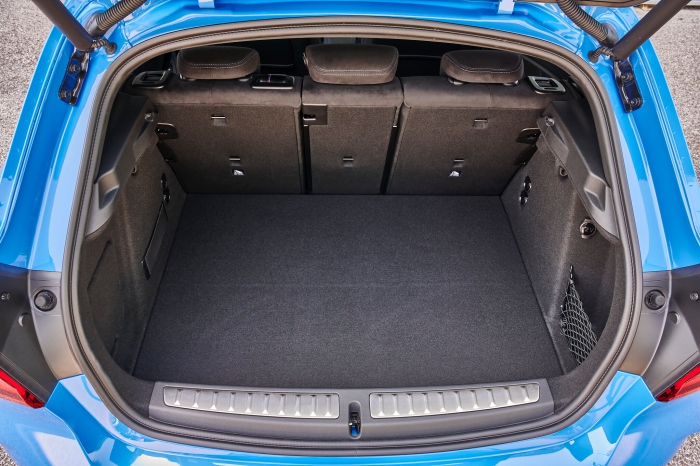 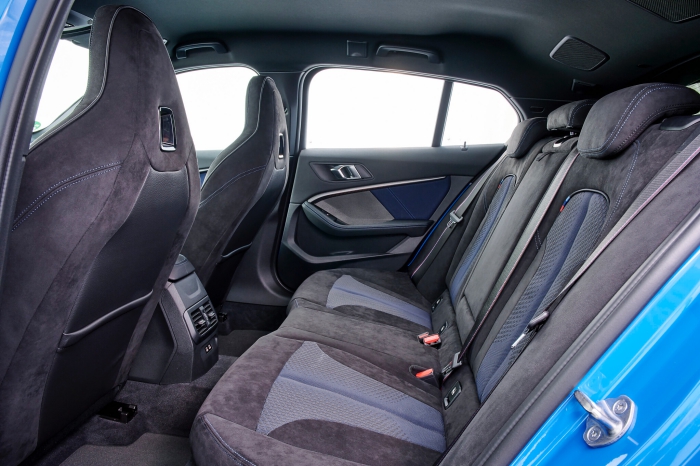 When it announced the controversial switch from RWD to front-wheel-drive (FWD) for the new 1 Series, BMW admitted the new car is targeted at non-enthusiasts, with the reasoning that most of these customers asked for more rear space, something that couldn’t be achieved with a RWD layout without making the car significantly larger. At the same time, BMW insists that the new 1 will remain fun to drive despite the switchover. Before the cynics dust-off their pitchforks and start protesting outside BMW’s Munich HQ, do remember that some of the most entertaining cars in times gone by have been FWD (Renaultsport models and older Honda Type Rs come to mind), so making a fun front-drive car is not impossible. 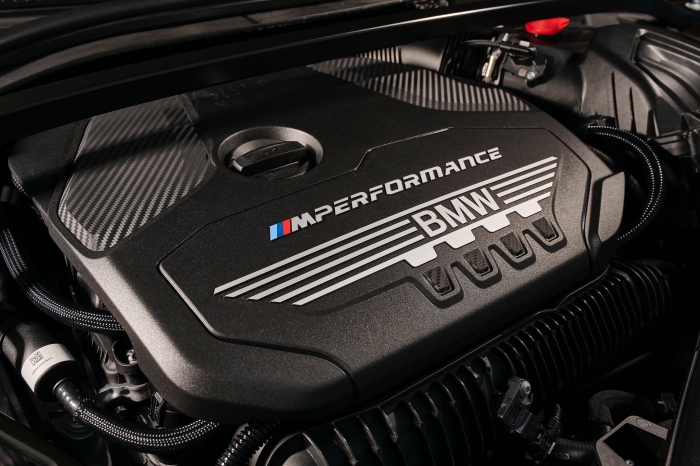 Having said that, the initial lowdown doesn’t look good for the top-rung M135i model. Not only has it ditched that RWD setup in favour of a front-biased xDrive all-wheel-drive system, but the sweet six-cylinder engine is also no more. Instead, you get a 2.0-litre turbocharged four-pot, just like the warm-to-hot versions of the A-Class.

However, you’ll quickly realise this is no ordinary four-pot - with a hefty 306hp and 450Nm of torque, it is BMW’s most powerful four-cylinder engine ever, which is expected to worry its main rival from Stuttgart, the Mercedes-AMG A 35.

(Click HERE to read about the last time we enjoyed a 6cyl in a 35i M Perf Automobile... at the Stelvio Pass no less!) 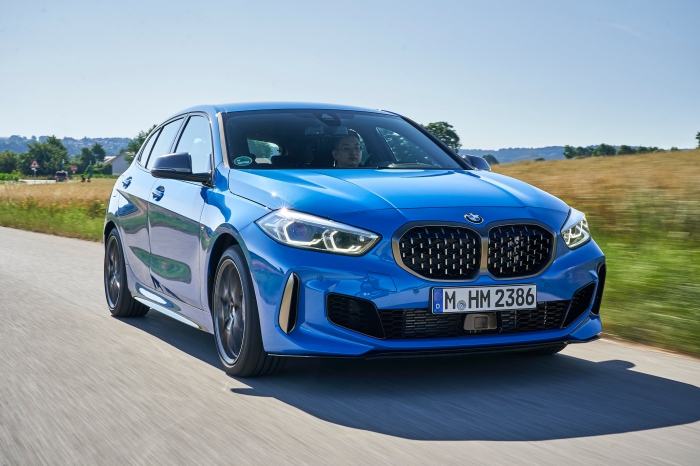 We won’t know for sure yet if a hotter 1 is in the works, to really set the hot hatch segment on fire, but for the time being, the M135i xDrive is the most powerful 1 Series you can get. 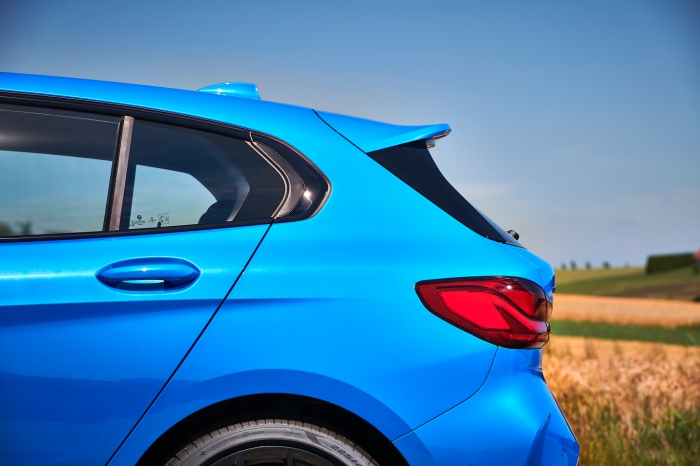 And it behaves very much like the well-rounded performance hatch that it is. Power is delivered effortlessly when you need it, and there is no doubt that it can keep up with the best when you put your foot down, as it dismisses slower traffic with ease. It also exhibits the sort of playful urgency that most good hot hatches do, thanks to the generous torque that’s available through much of the rev band. It makes for quite an enjoyable experience, whether you’re shooting off from the lights, or simply hitting the double-ton on the Autobahn. 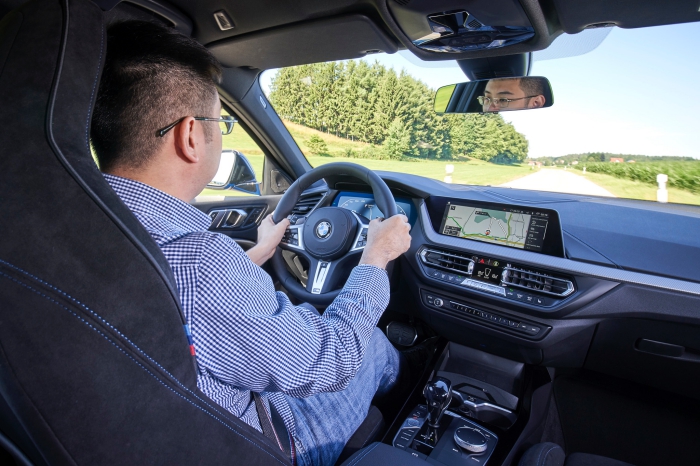 That said though, the demise of the six-cylinder also means that the new car just falls a bit flat in the aural stakes. It sounds decent enough when you pile on the revs in'Sport’, but this could be the sound enhancement system at work. Aside from that, the notes emanating from the car are generally uninspiring to say the least. 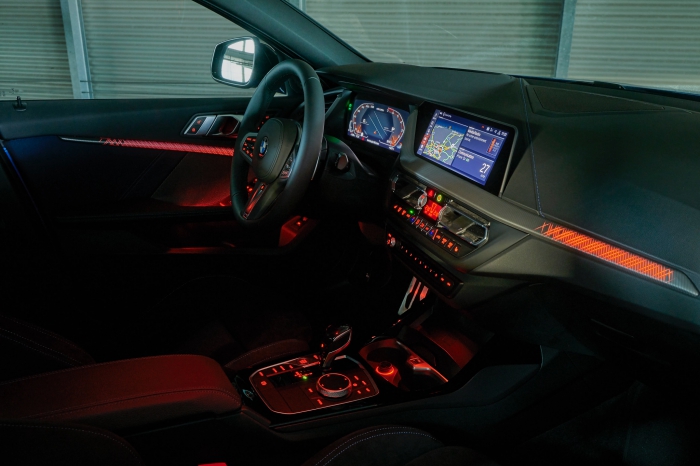 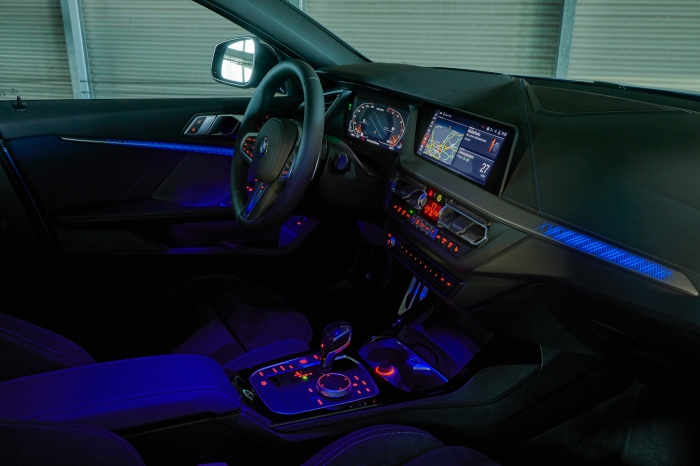 It is a bit of a shame, but honestly, this is just one of the very few flaws that the M135i exhibits. In pretty much everywhere else, the new 1 exhibits the kind of engineering prowess that BMW is capable of. The brand has, in effect, thrown everything but the kitchen sink at it in an effort to satisfy keen drivers, and for the most part, it’s pretty much succeeded. For starters, the M135i -; and indeed, the other new 1 Series models - gets BMW’s ARB (actuator contiguous wheel slip limitation) technology. We first saw this in the i3S, and this is the first time BMW is applying it on an internal combustion car. Some complex electronic magic working with the ECU and Dynamic Stability Control (DSC) system helps to distribute torque to each wheel more accurately as they need it, and the overall result is better control and a reduction of slip. The M135i also features a Torsen limited slip differential (LSD), extra strut bracing, and optional adaptive dampers that were on the cars we drove. The end result is a truly capable and entertaining little machine that will delight all but the most hardened of enthusiasts. The little powerful 1 cuts through corners with surgical precision, offering what seems to be near-limitless grip as you push along at speed. The steering is quick, sharp and accurate, allowing to point and shoot at ease. It’s a very capable road missile, probably right up there with the best all-wheel-drive fast hatches like the Volkswagen Golf R or Audi S3. Of course, being no longer RWD means that tail-happy behaviour is harder to provoke now. This may seem like a big loss to some, but I choose to see it this way: The new M135i offers a different kind of driving fun. You can push it to the limits and it will gladly accommodate your urges. The sort of oversteer excitement that requires big cajones is a thing of the past as far as BMW’s latest'M-lite’ hatchback is concerned, but debate can be had all day long as to whether this is a good thing or not. Has the big switch been worth it though? That depends on your perspective. Even among the supposed 30 per cent enthusiasts who enjoy driving, how many actually appreciate the rear-drive setup on a regular basis? For the vast majority of customers, the new 1 is a much more usable proposition in thereal world, without sacrificing too much in the fun and enjoyment stakes. If you want to look at it this way, the new 1 is now the best of both worlds: practical and entertaining. Perhaps only the real old-school purists will be turned away, but it seems BMW is okay with that. The current 3 Series may be nearing a Life Cycle Impulse (LCI), but before they go on with their impulse, we take one last drive in the entry BMW 318i in its current form.