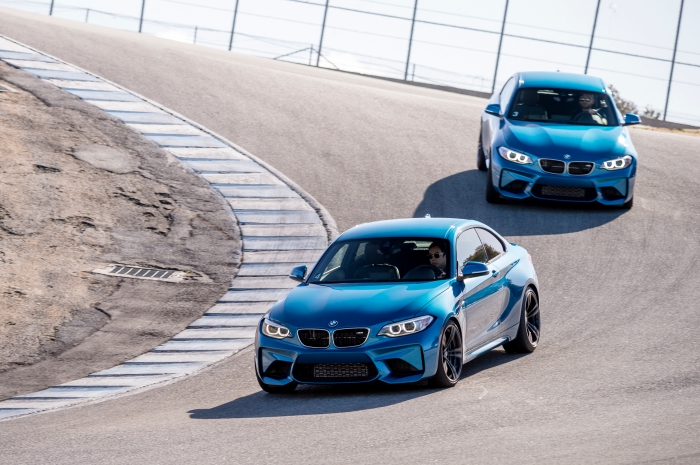 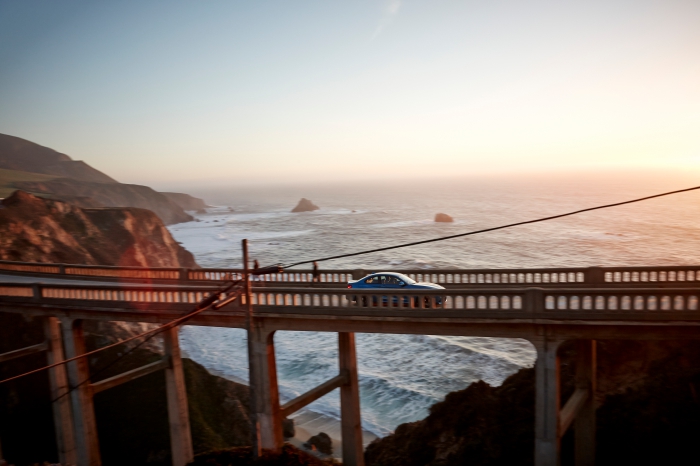 Laguna Seca, USA - What makes skunkwork projects so cool to us enthusiasts? Well, we’re seduced by the illicit nature of it all – just think about it, a bunch of wild-eyed, big haired boffins burning the midnight oil to bring to life Franken-cars that give petrolheads the heebie-jeebies from the spec sheet alone and long before the makers can even say, “It’s Alive!” The engineers involved aren’t mad scientists, but are passionate enthusiasts bound together by the high-octane fuel coursing through their veins. 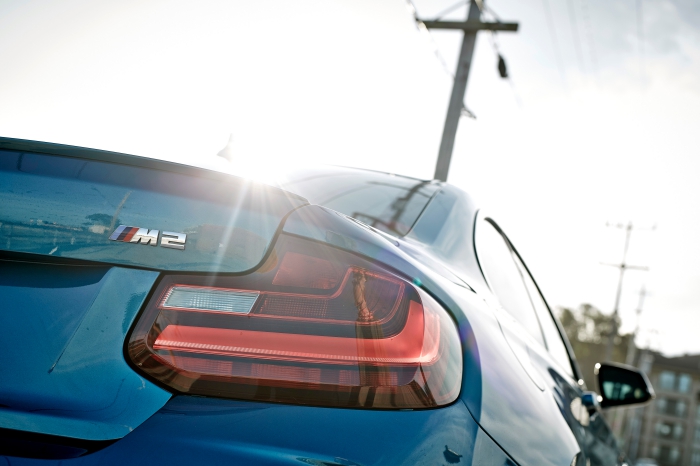 These are performance machines in their purest forms, unsullied by marketing, bean counters and most times, only have the briefest nods of management approval (if at all!).

With such a specialised crew working on the cars, the results are fairly predictable and appeal only to a very niche audience, so no, they aren’t for everybody, and that’s probably why they remain the stuff that legends are made of. 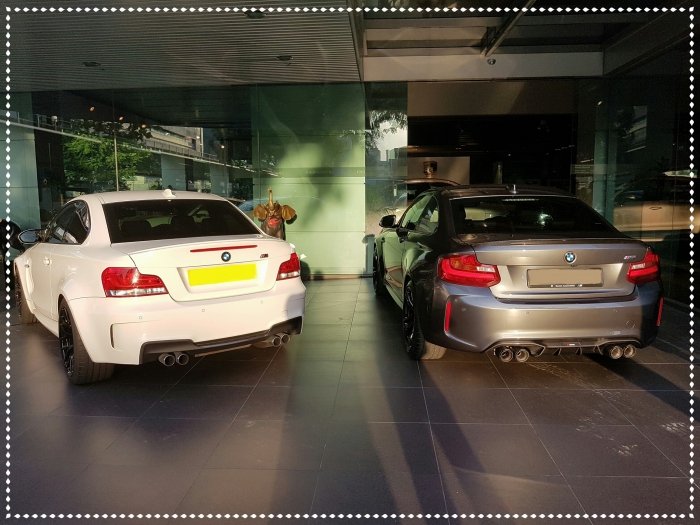 The manual-only E82 1 Series M Coupe (or 1M for short) blew us petrolheads away when the concept was announced in 2010, a real bull-dog of a performance machine that was (and still is) far larger than life, even in today’s context, so we have to bring it up in context of its heir apparent, the M2.

(Click HERE to read about the 1M and M2 Competition)

The 1M not only had the perfect blend of all the technical ingredients needed to create a compelling sportscar for petrolhead enthusiasts, but far more importantly, possessed that intangible mojo that all cult-cars should have and wannabes struggle to attain. If you’ve ever thought the 1M is too much car for you, then it probably means you’re not big enough to fill its shoes...

Apart from the 1M’s sense of purpose and single-minded focus, it also possessed a rawness to its character that clearly would brook no nonsense. From what we understand, the 1M’s initial production was pegged at under 2800 units worldwide (possibly due to the poor take-up from the respective markets; “Who would want something like that?”, they must have wondered), so the resultant surge in response must have been gratifying to say the least.

At final tally, the production number for BMW M’s runaway success had doubled to just over 6300 units, due to the overwhelming global demand. Back then, we were told the 1M would be a one-off, which led to a huge run on the car.

In hindsight, this wasn’t inaccurate since the 1 Series Coupe would become a 2 Series Coupe, although we’re pretty sure there are some newcomers to the brand who are wondering why M has worked its magic on BMW’s front-drive Active/Grand Tourers – but no, it’s quite a different ‘2’ we’re referring to here... 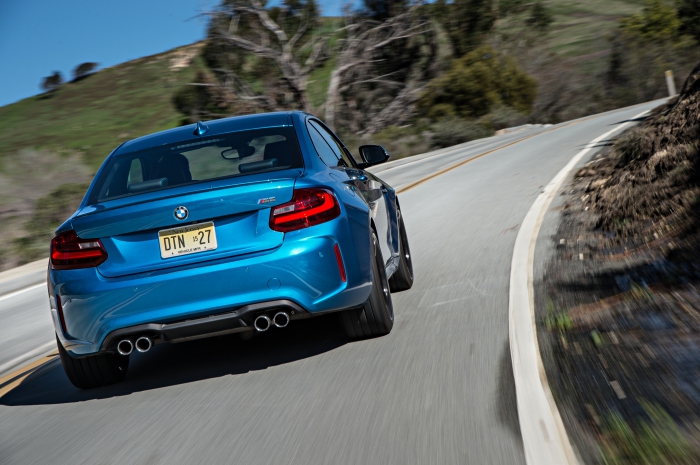 Like the Cayman GT4, the latest F87 M2 has generated an electrifying buzz with its back-to-basics driving appeal and it’s easy to see why: it’s clear driving enthusiasts the world over are sick of over-assisted, over-powered, over-everything cars that pass-off as performance cars these days; heck, even hot- and lukewarm-hatches are endowed with the sort of firepower that enables them to harass far more expensive machines without the driver breaking a sweat. However, like everything that is politically-correct – although some might say, wrong – with the world today, the pressure to be ‘inclusive’ has spawned a menagerie of ‘everyday sportscars’, much like the participation prizes awarded in school to everyone and anyone.

Keen drivers used to be challenged and motivated to learn how to drive a fast-car fast and put up with the occasional quirks that could make such cars hard to live with daily; these days, brands are more apologist and hasty to make amends for any inadequacies sportscar owners may feel due to lack of talent, so such cars are now engineered to be easy to drive fast by a larger audience. 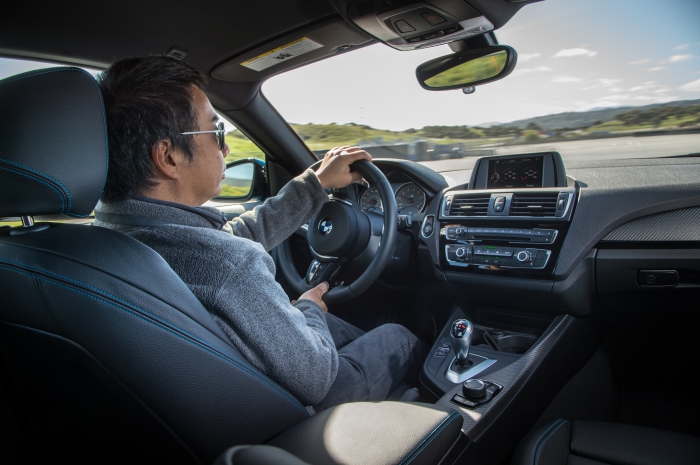 Like its 1M predecessor (and its seminal 2002 Turbo grand-pappy before that), the M2 builds on the successful recipe for feisty fun by retaining the essential elements: a lightweight, compact and grippy, rear-drive package is mated to a punchy three-litre turbocharged inline-six with strengthened internals for fizzy dynamic fireworks.

However, in addition to the 6spd manual, the M2 also gets the snappy 7spd M-DCT dual-clutch gearbox, which includes a ‘Smokey Burnout’ feature for low-speed burnout theatrics that we can only imagine to be for the intended audience, although we can’t decide if that says more about the buyers or the car. 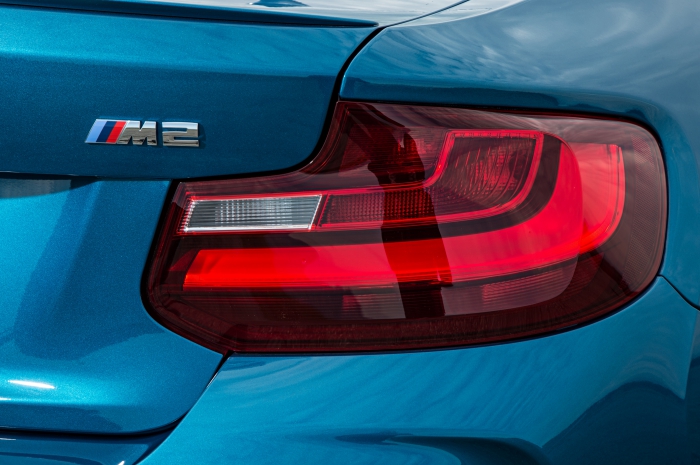 Visually, it looks like the design and marketeers have had a field day with the M2, since the butch, brute flares and upright glass-house of the polarising 1M have been evened out for a sleeker, sexier silhouette that should please everyone.

Instead of upping the engine performance, M has adopted the more holistic weight-loss approach for the M2, which sees the lightweight aluminium suspension and wider track from the M3/M4 used in the car.

This sheds unsprung weight and endows the M2 with big grip, precise handling characteristics and feelsome steering that are hallmarks of the better M models. 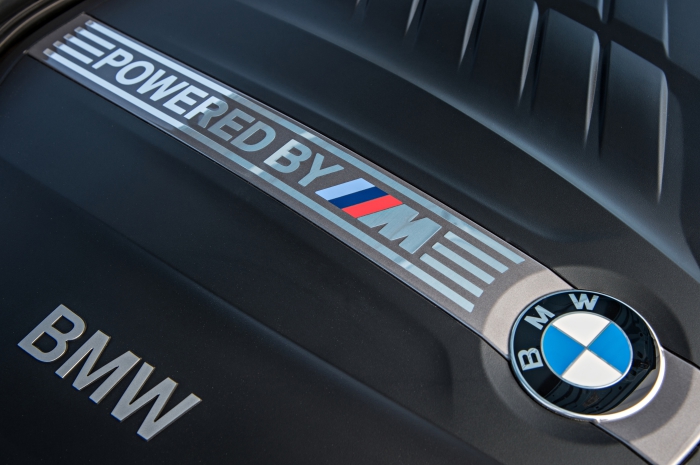 Although the M2 plays 370bhp and 465Nm (and 500Nm on overboost) to the M235i’s 326bhp and 450Nm (the 1M is rated at 350bhp and 500Nm on overboost if you’re wondering), the differences are more than outright numbers, since M cars aren’t only about straight-line performance.

The M235i is a sporty all-rounder, but it’s still soft around the edges; our laps in the dual-clutch M2 around the legendary Laguna Seca circuit demonstrates M clearly hasn’t lost the plot with its latest compact tarmac terrorist.

It’s a sweetly balanced package that can really put its power down thanks to the grippy tyres, especially when compared to the 1M, with a trick Active M Differential working hard to let you carve up corners with scalpel-sharp precision. We wouldn’t be surprised if a harder-core variant is planned at some point in the M2’s life-cycle, since the chassis feels like it’s gagging for more power. 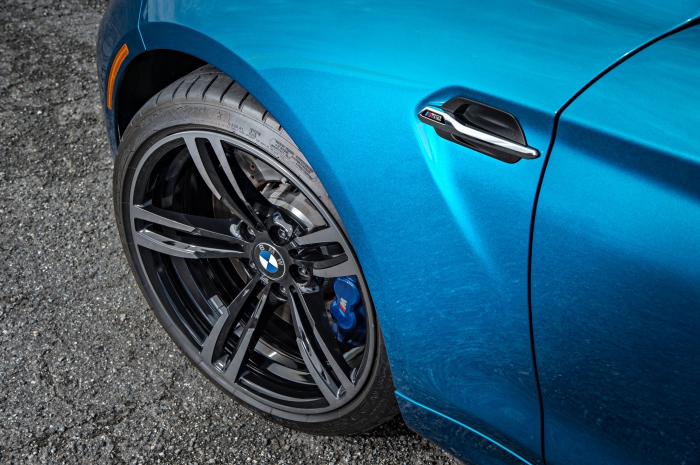 With the dual-clutch, the lightning-quick shifts result in explosive forward motion as you rip up chunks of the track with the bespoke staggered fit Michelin Pilot Super Sport tyres as you blaze from one corner to the next.

The manual version is only with us on the road-drive, a reasonably winding series of roads from the track to Big Sur. Like the M3/M4 stick-shift models, the M2 features rev-matching, which should smoothen out shifts for folks who are out of practice, or never got the hang of doing it manually – in either case, the car will take care of it for you... 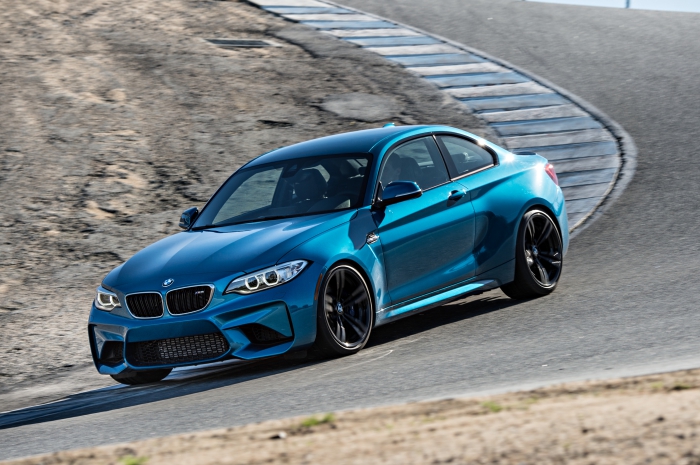 Being the grinchy curmudgeons we are, we should still qualify though, that the throttle and steering finesse needed to rein-in the 1M’s tail-happy tendencies are some of the more rewarding aspects about it, which made every journey – yes even the road-drives – enjoyable and addictive.

The 1M’s inherent flaws didn’t turn as many people off as you might imagine; if anything it made the real driving purists try even harder so as to flog it smoothly and swiftly, and some might say therein lies the pleasure-pain conundrum of such cult cars. The M2 is leaner, tighter and faster than its predecessor, but such perfection can come with some stigma, especially since some people don’t like a know-it-all swot. If the 1M is the cool, older kid at school, the M2 is its geek-chic younger brother who benefits from the perks of association, especially with the growing movement among enthusiasts in the quest for simple, back-to-basics driving pleasure – not to mention the younger demographic BMW hopes to attract with the M2. Empirically, the M2 is technically superior to the 1M in almost every way (such is the nature of evolution) and we’re sure it will become M’s next ‘It’ car, but emotionally, some of us might still prefer to look for love in all the old places... Manhart puts 621bhp into the heart of a BMW M2 Competition