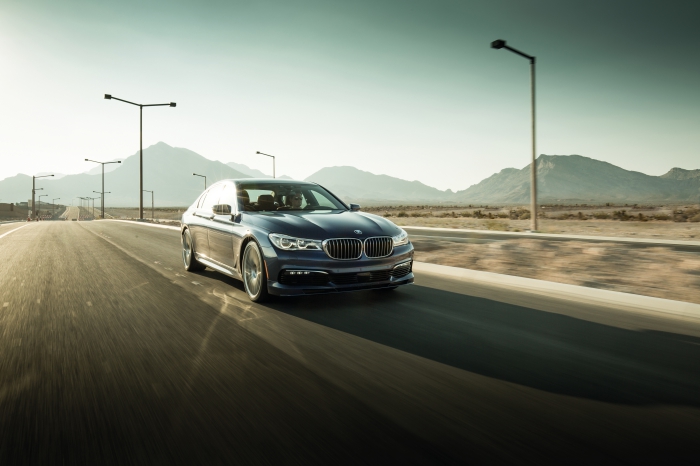 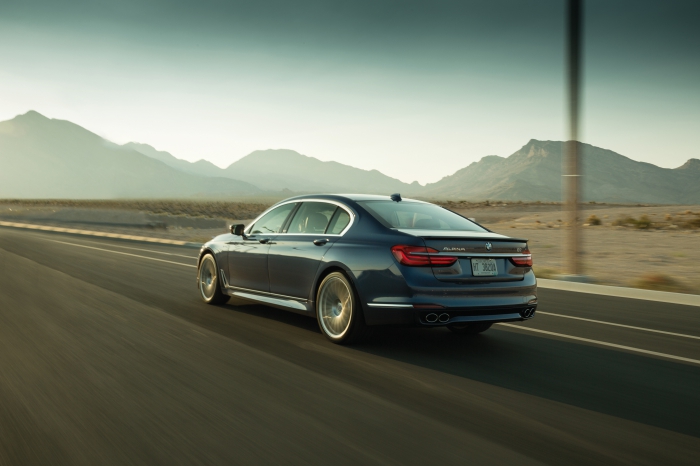 Buchloe, Germany – The air of mystique that shrouds the Alpina road rockets is as enigmatic as the most top secret of nuclear facilities. Unlike the latter, the Alpina family is a warm and welcoming one that managed to sort out a drive and a tour of the premises at very short notice.

That’s also part of the brand’s appeal and strength – being small and boasting an intimate management culture, it can react quickly and dynamically to market changes, as opposed to larger corporations that have many layers of corporate red-tape to cut through. 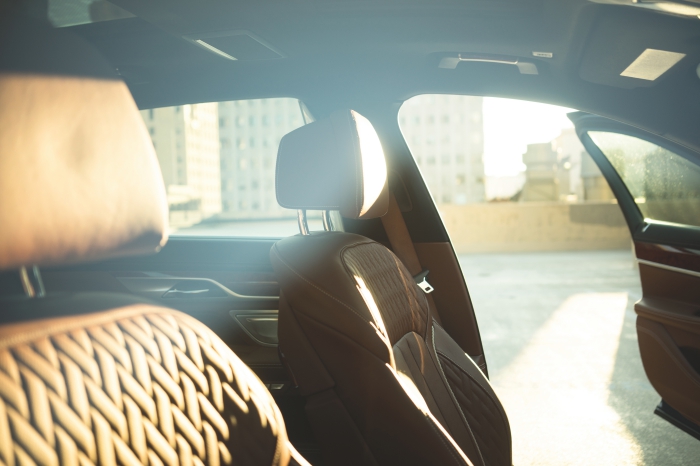 Not many people are familiar with the level of cooperation that exists between BMW and Alpina, the latter also having supported BMW’s motorsports activities in quite a few disciplines, as well as having managed the project that created the legendary lightweight E9 CSL Coupe.

To reinforce the strong relationship between the two, it’s significant that the two congratulatory foreword messages in Alpina’s 50th Anniversary coffee-table tome were penned by Prof. Joachim Milberg and Dr. Norbert Reithofer, respectively Chairman of the Supervisory Board of BMW AG (2004-2015) and Chairman of the Board of Management of BMW AG (2006-2015). 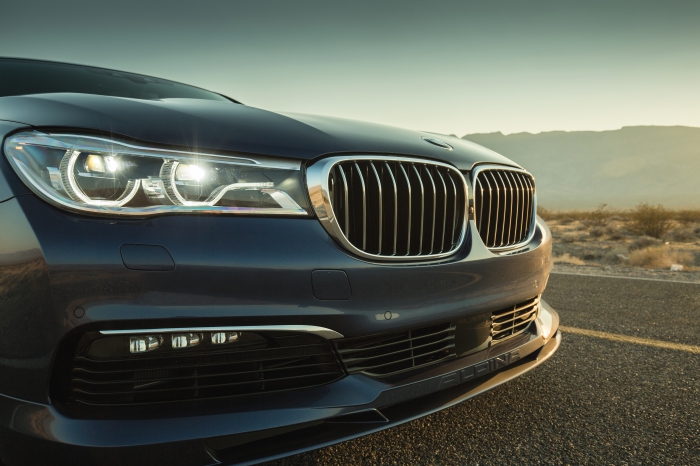 In fact, Alpina’s own models are assembled on the BMW production lines, albeit with powertrain and chassis components built to Alpina’s specific requirements, and it has enjoyed the support of its bigger buddy’s sales organisation and customer service.

Following this, the cars are sent back to Alpina’s facility in Buchloe for final finishing and fitting of bespoke trimmings, for which it has become legendary, especially the super supple Lavalina leather.

The family-owned company might have started out as a BMW tuner in the 1960s, but has quickly evolved into a small-volume manufacturer that was recognised as such in 1983 by the German Ministry of Transport, and is thus validated to produce complete cars under ‘BMW Alpina’. 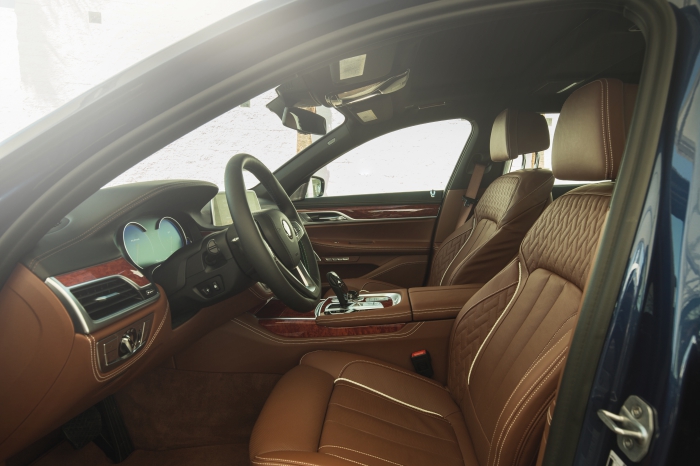 One of the main characteristics of Alpinas is luxurious performance, because the cars are typically daily driven, as opposed to sitting pretty as a garage queen or engineered to be tracked regularly like the M cars. However, if you’ve been to Buchloe and its vicinity, you’ll quickly realise why the Alpinas have such a dynamic edge to them too, because a series of snaking country roads links many of the towns together. Our drive in the B7 sees us traverse such roads, as well as the occasional derestricted highway spurts. As we mentioned in the S 63 4Matic+ review, many of these lux-limos are now self-driven by owners, so there is no reason why the dynamics should be desensitised.

If you are the sort that is content to be driven around by a chauffeur all the time, there are less-sporty models in the respective collections you can purchase. The elegant aesthetic addenda are understated and not overtly sporty, even with the brand’s characteristic pinstripes running down the flanks of the car. 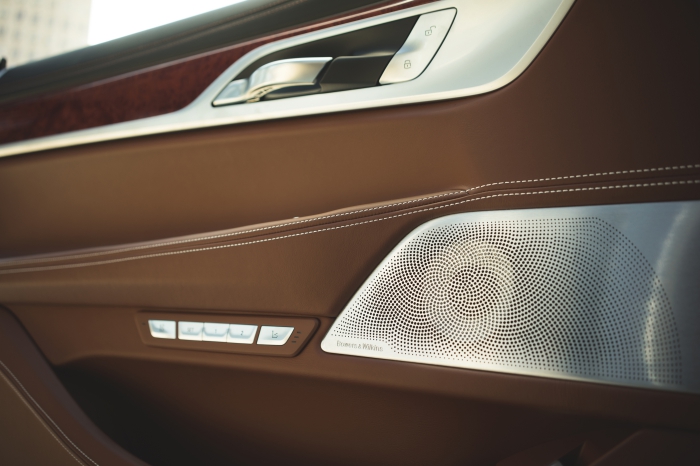 The trappings of luxury and sublime levels of comfort are all intact in the B7. Also, like the other cars in this segment, instead of introducing downforce, Alpina has worked towards reducing lift instead, which helps with the top speed and fuel efficiency, with the car maxing out at 330km/h and averaging 10.4l/100km in the combined cycle. 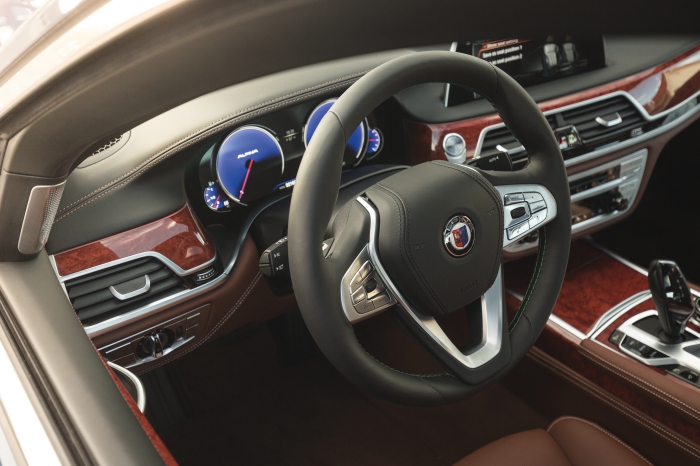 From the driver’s vantage point, he enjoys the Alpina-specific digital instruments, and instead of the familiar gearshift paddles on the steering wheel, Alpina’s Switchtronic interface is an elegant solution – after all, it’s all about concealing the performance potential in plain sight.

There’s nothing obvious that hints at the car’s massive performance, much less the 800Nm on tap from 3000rpm (670Nm of this is already available from just 2000rpm onwards). Apart from the tradition of revving higher for performance cars (even though the B7 runs on biturbos), having the torque come in higher in the rev band also means better cruising fuel economy. 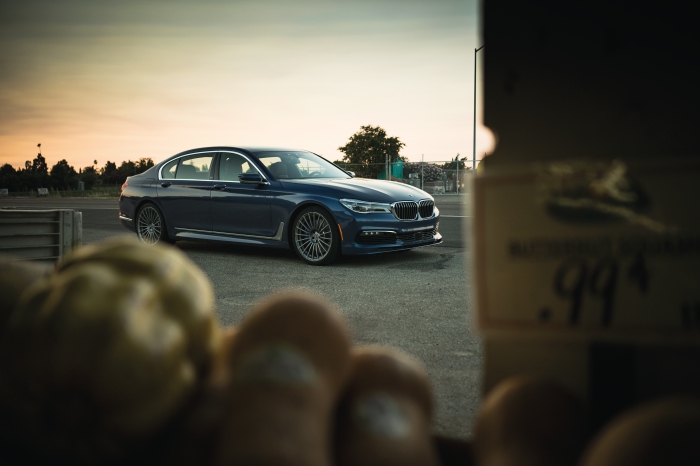 We take it easy on the route out of Buchloe, and enjoy the suspension working to soak up and smoothen out road imperfections, but even then you can feel the responsiveness of the engine as it reacts to throttle inputs… and then we hit the first bit of derestricted autobahn and Boom!

The rapid rate at which the B7 zeroes in on the 280km/h mark is nothing short of staggering, especially since it’s still possible to carry on a civilised conversation in the cabin. With some cars, there’s a disconcerting amount of bob and float so you’re hesitant to go any faster, but the big Alpina just hunkers down (ride height drops 20mm above 230km/h, or when the Sport+ driving mode is selected) and gets on with it. 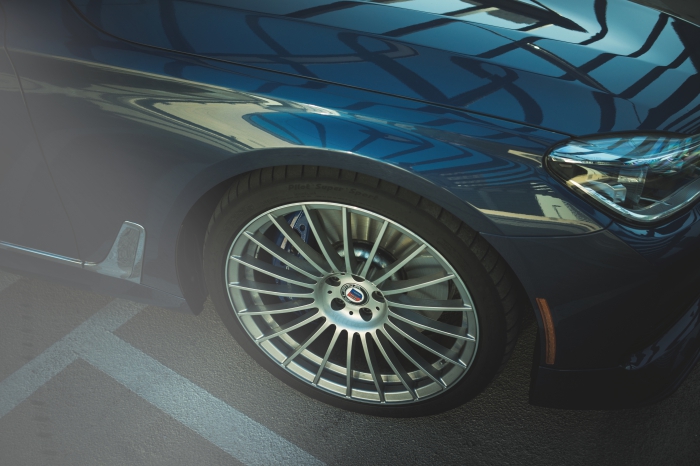 If we didn’t know any better, we’d expect the super-limo’s talents to be confined to the arrow-straight highways, but it isn’t. Show it a series of winding roads and the B7 will take to it like a fish to water. Alpina’s Switchtronic system takes the form of buttons behind the steering wheel – right for upshifts, left for downshifts – and prove to be ergonomic to use, yet eliminating the typical flappy-paddle ‘ears’ from the steering wheel for a cleaner look. For a 2.1-tonne, 3210mm wheebase limo, the B7’s dynamic prowess beggars belief – this is no sumo in a ballerina’s tutu – as the active rear-steer system imparts an agility to the car that lets it keep up with sportscars in the corners, yet will reel them in on the straights with its low-rpm access to the V8’s big torque. Sadly, like the S 63 4Matic+, right-hand drive B7 models will only be available in rear-drive configuration. 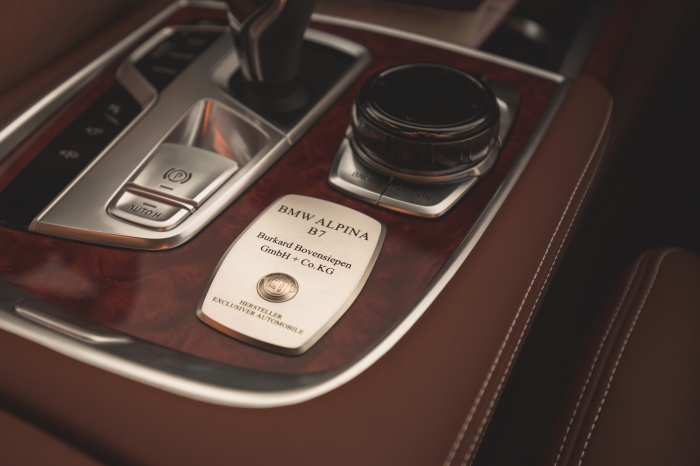 Ultimately, Alpina cars are often misunderstood due to a lack of knowledge. Firstly, many people are under the impression that Alpinas are just dressed-up versions of regular BMWs – they aren’t, the aerodynamics and powertrain are completely re-engineered by Alpina.

Secondly, they are often compared to M models, and are held to the same performance expectations – they’re not, because M models are tuned with the track in mind, whereas the understated Alpinas are designed to be relentless yet luxuriously comfortable fast-road machines that can occasionally be used on the track.