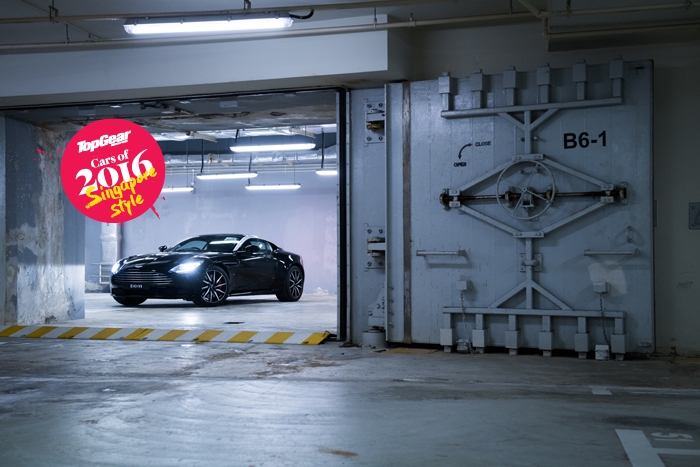 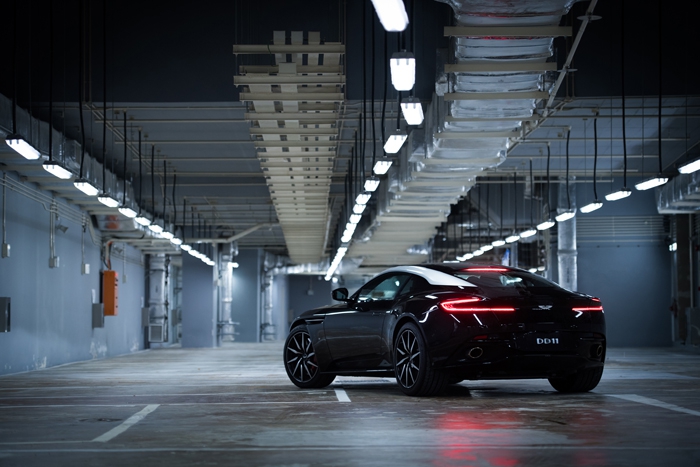 Singapore - Aston Martin is one of those brands that continues to polarise opinions: you’re either part of the loyalists that sings praises of every minor evolution and thinks that every model is beautiful, or you’re of the group that can’t tell any of the models apart… up till now, that is.

Great changes are afoot with the British thoroughbred, including a ‘Second Century Plan’ that has the revolutionary DB11 spearheading the onslaught. 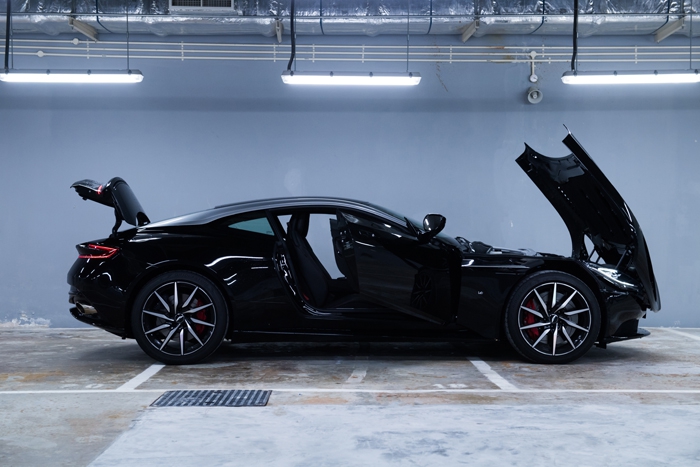 What can we say? We’re converts to the cause and personally love the look of the DB11; it’s achingly beautiful with powerfully elegant and cleanly sculpted lines (thanks to its integrated aero elements), and is now easily distinguishable from the rest of the earlier cars, yet retains enough ‘DB-ness’ to be recognisable as such.

Moving ahead, Aston Martin’s grand aim is to rationalise the product line-up without any confusing overlaps and to develop salient identifying design traits for the respective models so it can do away completely with exterior model badges. 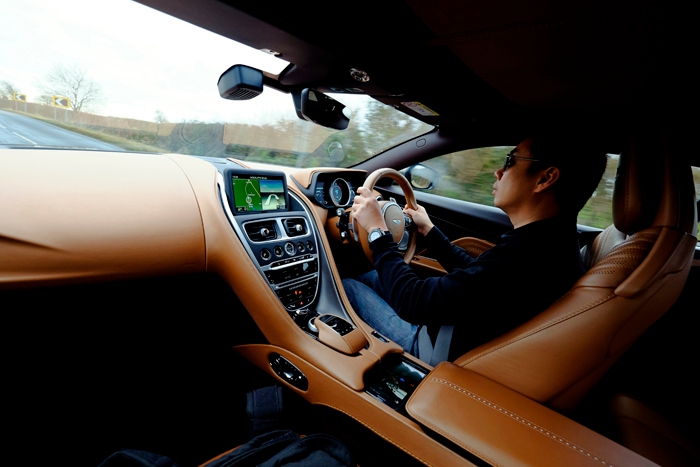 Fortuitous timing and great help from the Singapore office meant we managed to blag a drive in the DB11 for a few days during a visit to the UK, as well as sample the car on Singapore roads in time for this feature.

In case you’re wondering, the DB11 is a ‘lux’ grand tourer in the same mould as the DB9 (less so the Vanquish V12, which is more sports grand tourer) but think light years ahead in terms of evolution. 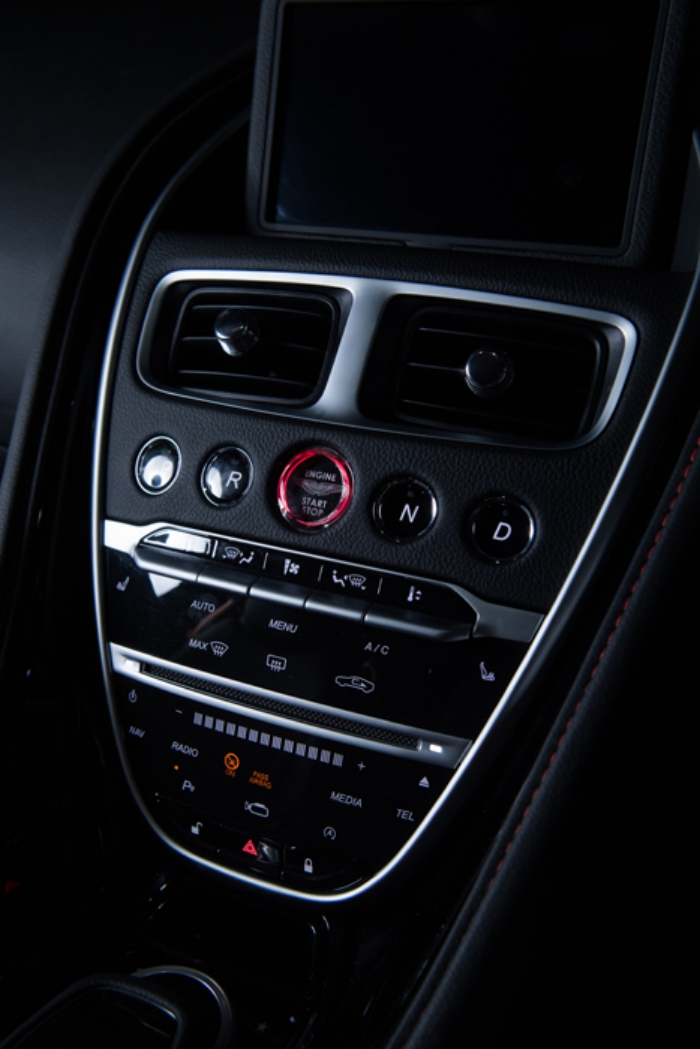 So far, only the electronics are created with its technical partner, Daimler (the AMG engines will soon be used in Astons), so S-Class owners should find the cabin quite a familiar place to be in, which can be a good or bad thing, depending on how ‘exotic’ you need your exotics to be.

One thing that the detractors and proponents can agree on though, is that said electronics need to work well and intuitively, and we experienced absolutely no issues with the DB11’s GPS, in-car entertainment system or even the trick all-round cameras that show you the distance between the alloy rims and the kerb to avoid embarrassing rim-rash.

Like all big paradigm shifts, there are two distinct camps with regards to this first new model of a new era: there’s the ubiquitous old guard that resists anything new and is happy with more-of-the-same, but more importantly for the brand, there’s also a growing breed of new fans that has seen and loves the exquisite DB11, and likes what the car says about where CEO Dr. Andy Palmer is steering the company, and that’s where we personally stand. 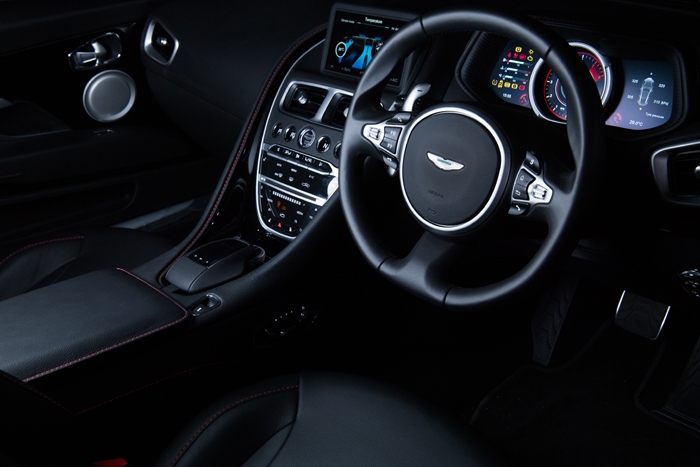 There’s an artisanal sense of handcrafted quality to the cabin, and we don’t mean this as a snide euphemism for dodgy fit-and-finish either. We’ve seen at least four different cabin trim levels and conclude that the DB11 is very sensitive to leather and colour options – as they say, the clothes maketh the car.

Ultimately, you don’t really want a ‘basic’ trim for such a sublime supercar, but instead, consider splashing out on the quintessential Savile Row experience since that’s what we reckon owning an Aston Martin is all about. 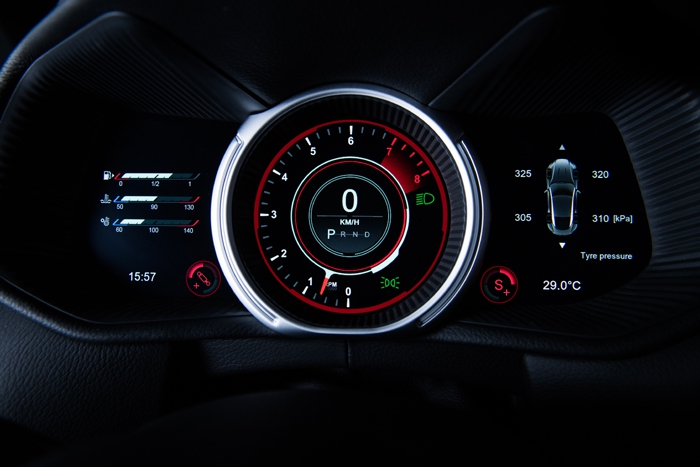 Another bug-bear of the old brigade is the DB11’s new electronic display, which replaces the analogue instruments – we think this is an intriguing juxtaposition of modern and artisanal in the cabin that adds another dimension to the DB11’s personality, because if everything were just deliberately nostalgic, it could just feel old and antiquated. Thankfully, the information level is just enough of the relevant and important stuff so you won’t feel overly bombarded by the nitty-gritty details.

The DB11 uses the same ‘P, R, N, D’ layout of buttons on the centre-fascia as the DB9, with the start/stop ‘heart’ taking pride of place right smack in the centre; we like how it starts pulsing red like a heartbeat – almost like it’s alive – when you first put your foot on the brake prior to firing up the V12, and thanks to the full keyless operation, you no longer have to insert the key into the slot. 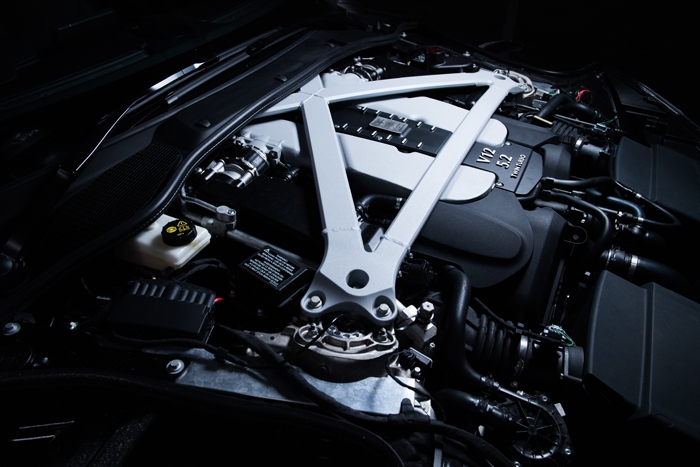 You’d think that the combination of a twin-turbo’d V12 and its performance credentials would result in one of those manic ballistic beasts with always-on-the-edge performance and darty steering that would just as quickly turn around and bite your head off, but that couldn’t be further from the truth.

The DB11 is always a proper gentleman with excellent road manners, and there’s never a hair out of place even when you’re putting your foot down to wind the turbos up. This isn’t to say it’s all fluff and no puff, because there’s still the matter of the V12’s 700Nm on tap from just 1500rpm that is capable of really challenging the grip of the bespoke Bridgestone Potenza S007 tyres.

The 5.2-litre engine, steering and the cabin ergonomics have been tuned to deliver leisurely, waftable performance from moor to motorway so you’ll never reach your destination feeling tired and cranky.

However, there is also ample reserve in the tank for when you’re feeling in the mood for some serious tyre-shredding hooning, because not only is the V12 capable of munching the miles in spectacular intercontinental ballistic fashion, the power delivery is linear enough to offer progressive and predictable thrills.

Transmission duty is handled by a ZF 8spd auto, which serves up smooth seamless shifts that will adapt to both the normal ‘GT’ mode as well as the harder-edged ‘S+’ without skipping a beat.

Compared to the occasionally jarring, lightning-quick shifts of the dual-clutch systems employed by the other marques, the 8spd is the very soul of genteel civility, but you know it’s not afraid to roll-up its sleeves to pitch-in when the need calls for it. 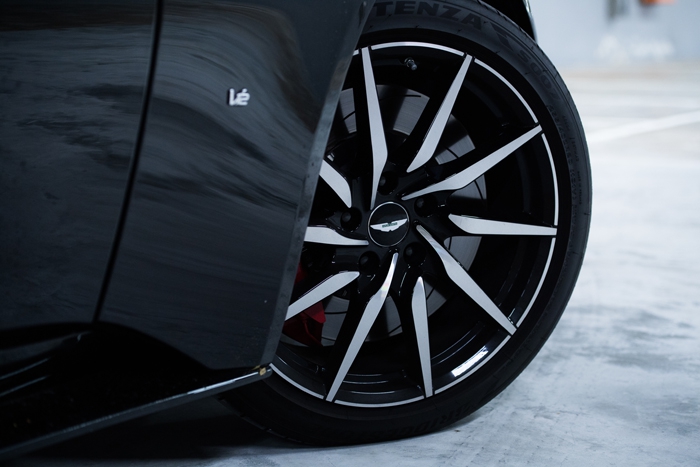 Aston Martin also understands the importance of being authentic, so none of the V12 sound you’re hearing is synthesised. Unfortunately, because of the near-hermetic insulation of the cabin, the induction and exhaust music can sound a little muted, and this could be one of those rare occasions you envy the folks outside, especially if you’re treating them to a full-bore drive-by.

But then again, maybe not… This is because the DB11 is one of those cars that has a broad enough personality to suit your different moods, especially at the end of a long day when you just want a leisurely drive home.

Despite its proportions, the DB11 won’t prove difficult to manoeuvre around, either in tight confines, thanks to the camera technology and outward visibility from within the cabin. Like all modern cars, several drive modes are available to adjust suspension damping and engine response; even then, the tuning of the car is so finely nuanced that comfort doesn’t take that big a hit in the most aggressive S+ setting either.

Don’t forget, the DB11 is still a grand tourer at heart so the last thing any of its owners want is darty steering and a bumpy unsettled ride on long cross-country jaunts. For even more convincing touring use, the rear seats have also been redesigned to accommodate proper adults too, with pretty decent leg- and head-room – an issue we recall from the DB9 when it was launched and I certainly haven’t grown any smaller! At the sub-S$1m price-point registered, the Aston certainly offers a different sort of motoring experience from say, our other awardee, the sporty R8 V10, but it’s no less fulfilling thanks to the DB11’s impeccable pedigree, stirring V12 (not shaken) and effortless style quotient, all of which create a compelling enough package that will be able to give anyone the DB-jeebies.

This story was first published in TopGear Singapore #59 (February'17)