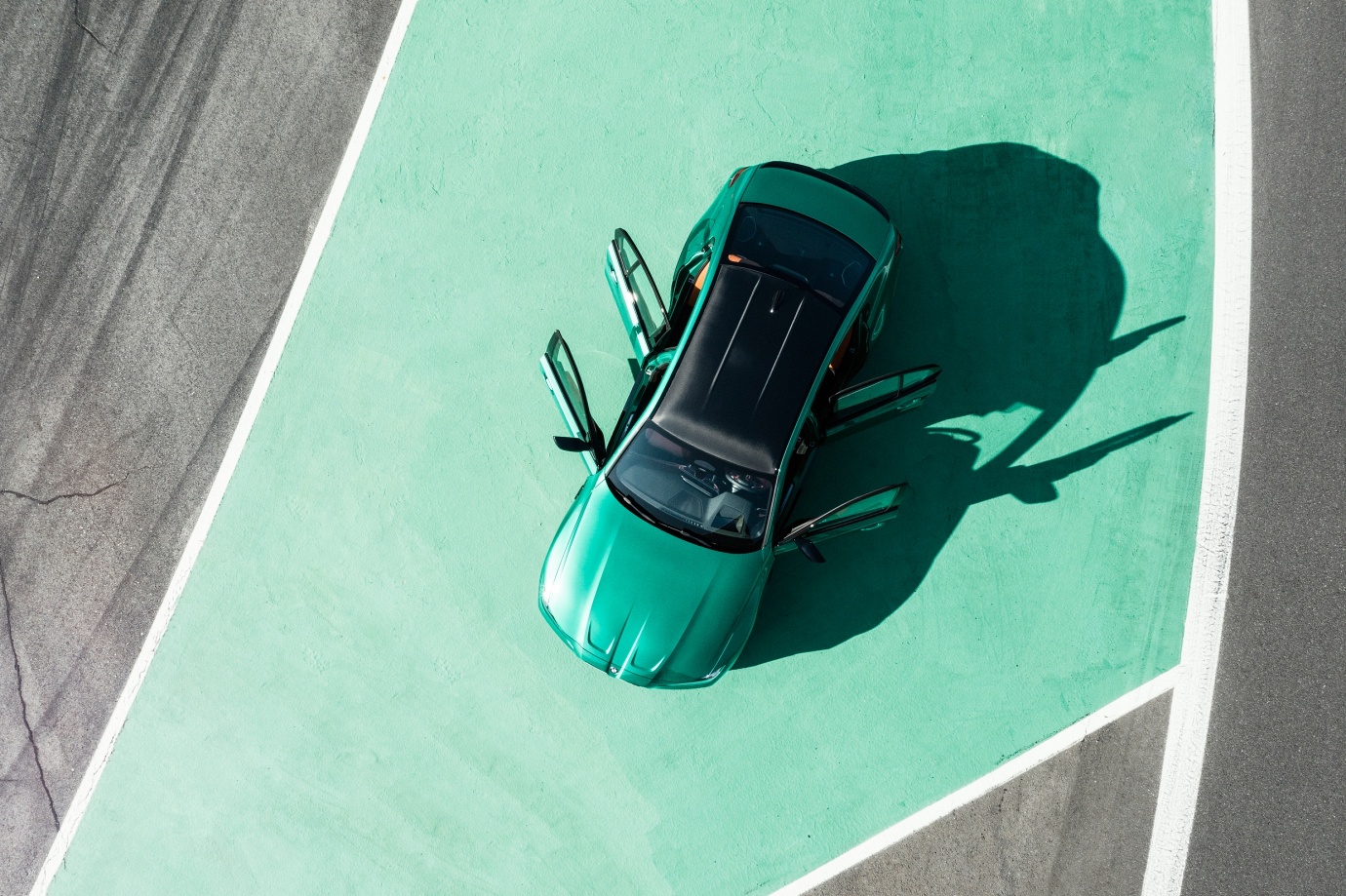 1975 was the year BMW introduced its new contender in the mid-sized sedan sector, the 3 Series. Since then, it’s been a mainstay in its segment, and the 7th generation of the sports sedan was released in 2018. The success of the 3 Series model range in the BMW family has been so overwhelming that in 2018, the 3er was the brand’s bestselling model.

Quality, refinement and driving elation unequivocally come to mind when one speaks about the 3 Series. This has been BMW’s ethos from the very start and it has seen its way into all seven generations of the 3 Series.

Over the years, 3 Series buyers have constantly demanded improvements and suggested preferences for this segment of vehicle. In answer, BMW has seen to it that there is a 3 Series for every type of personality and individual. 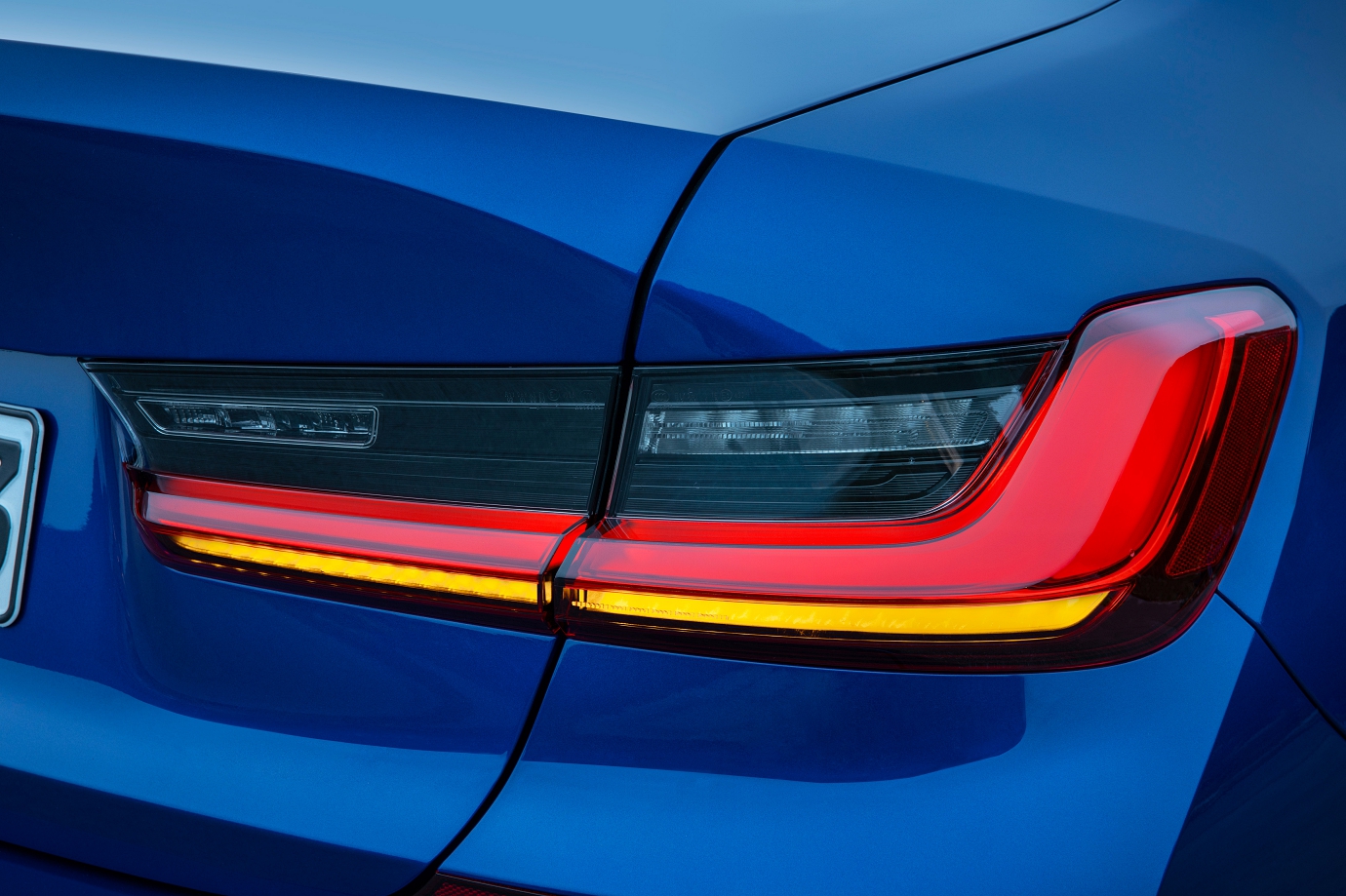 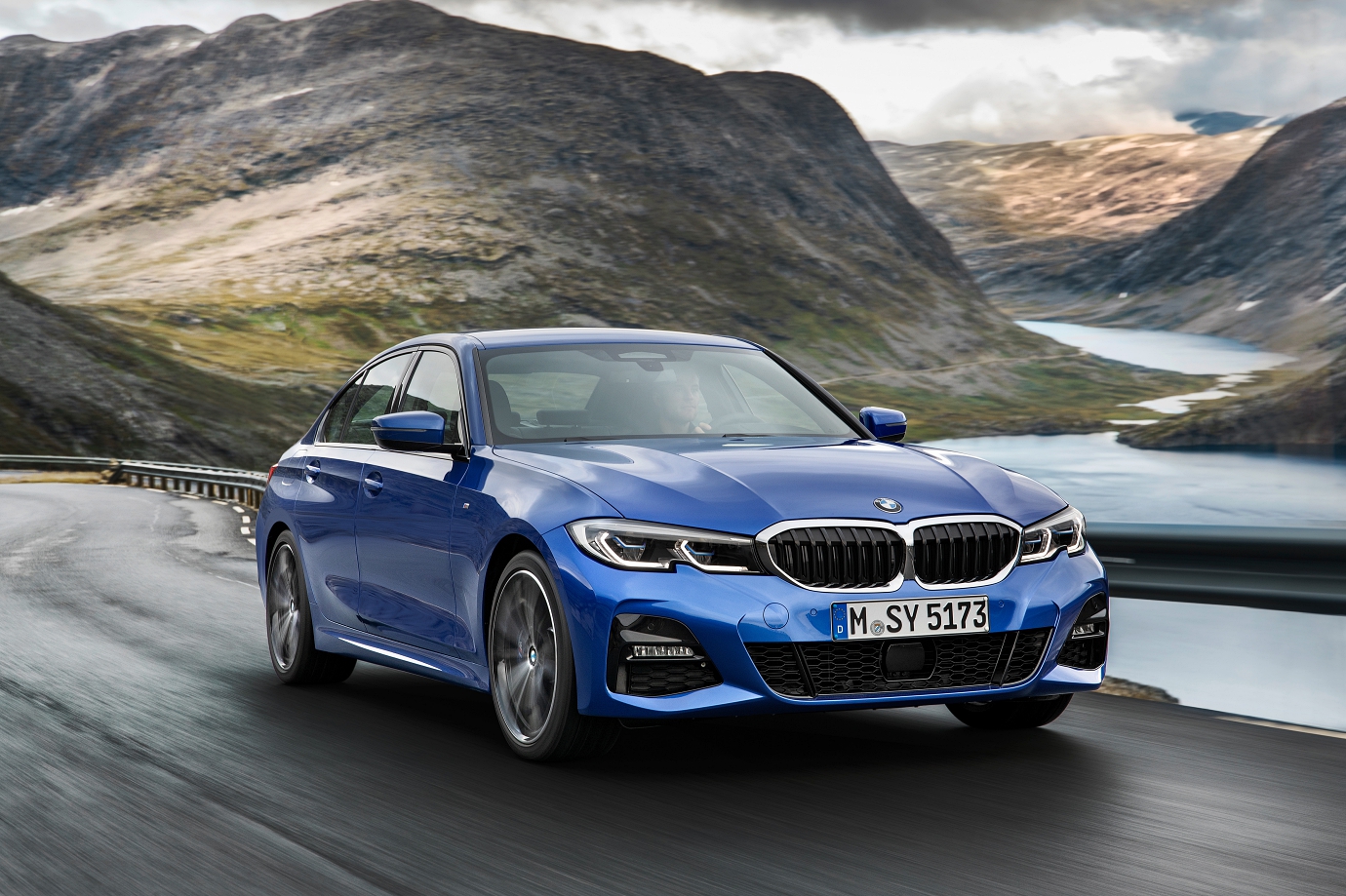 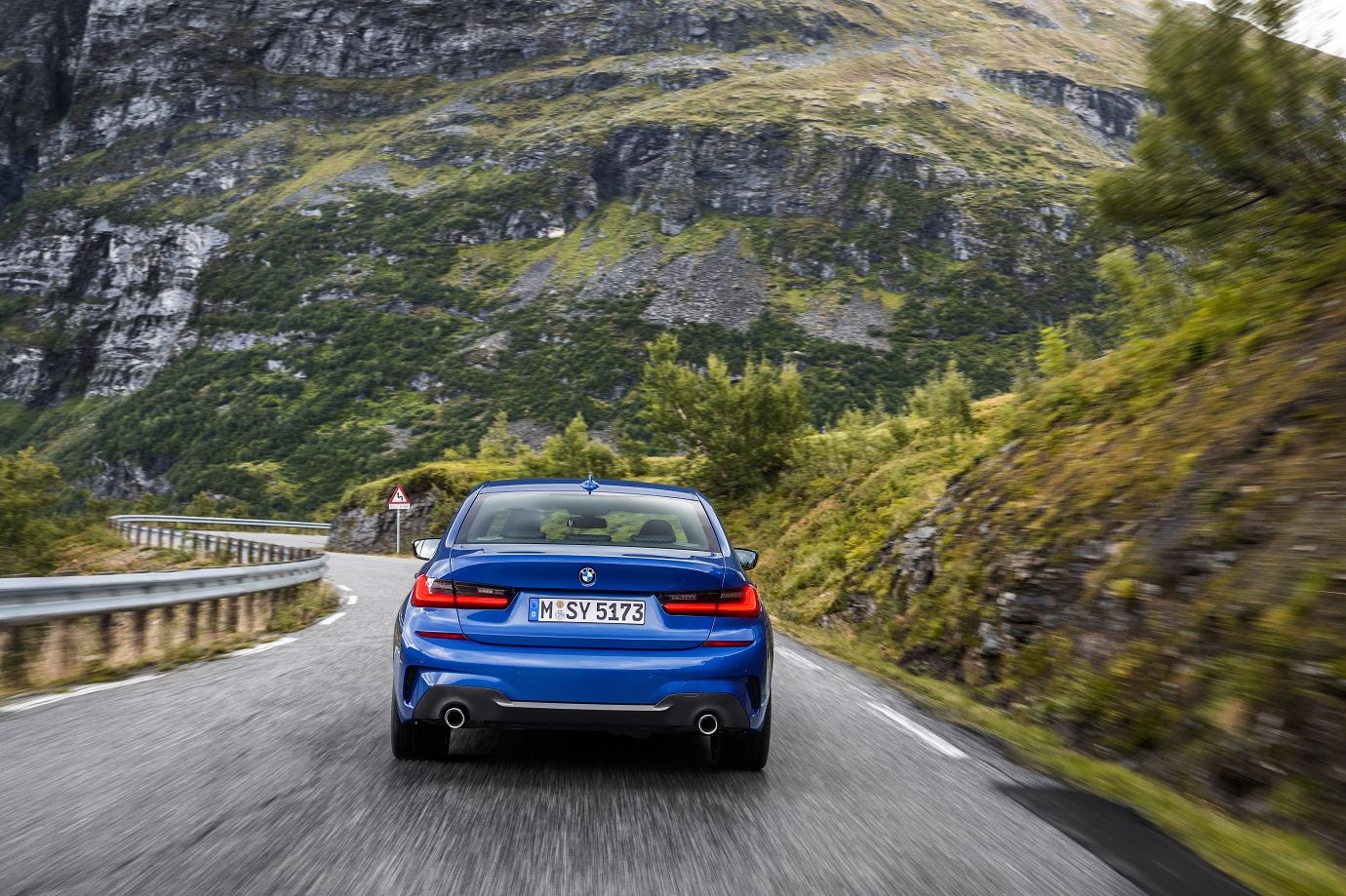 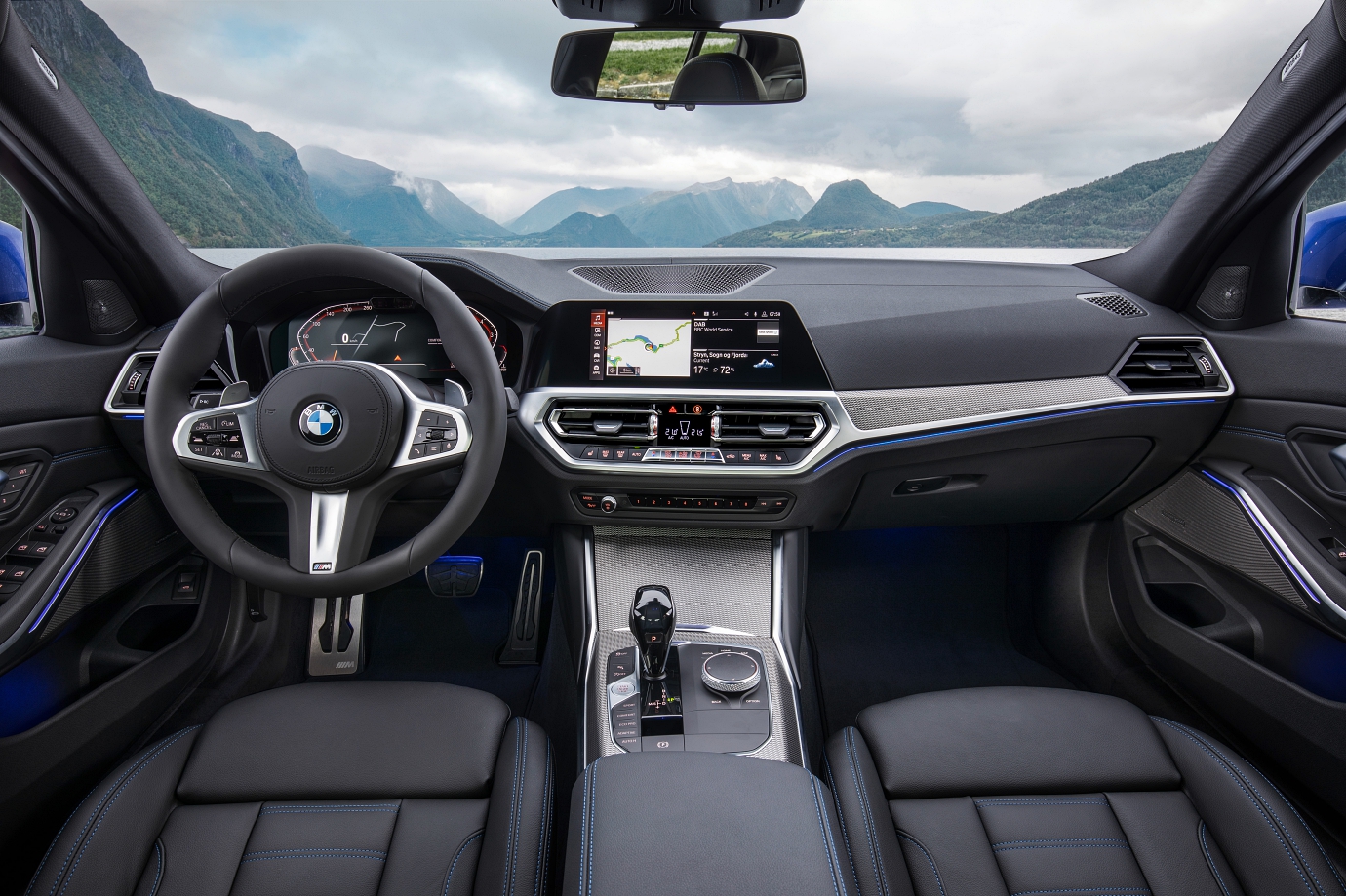 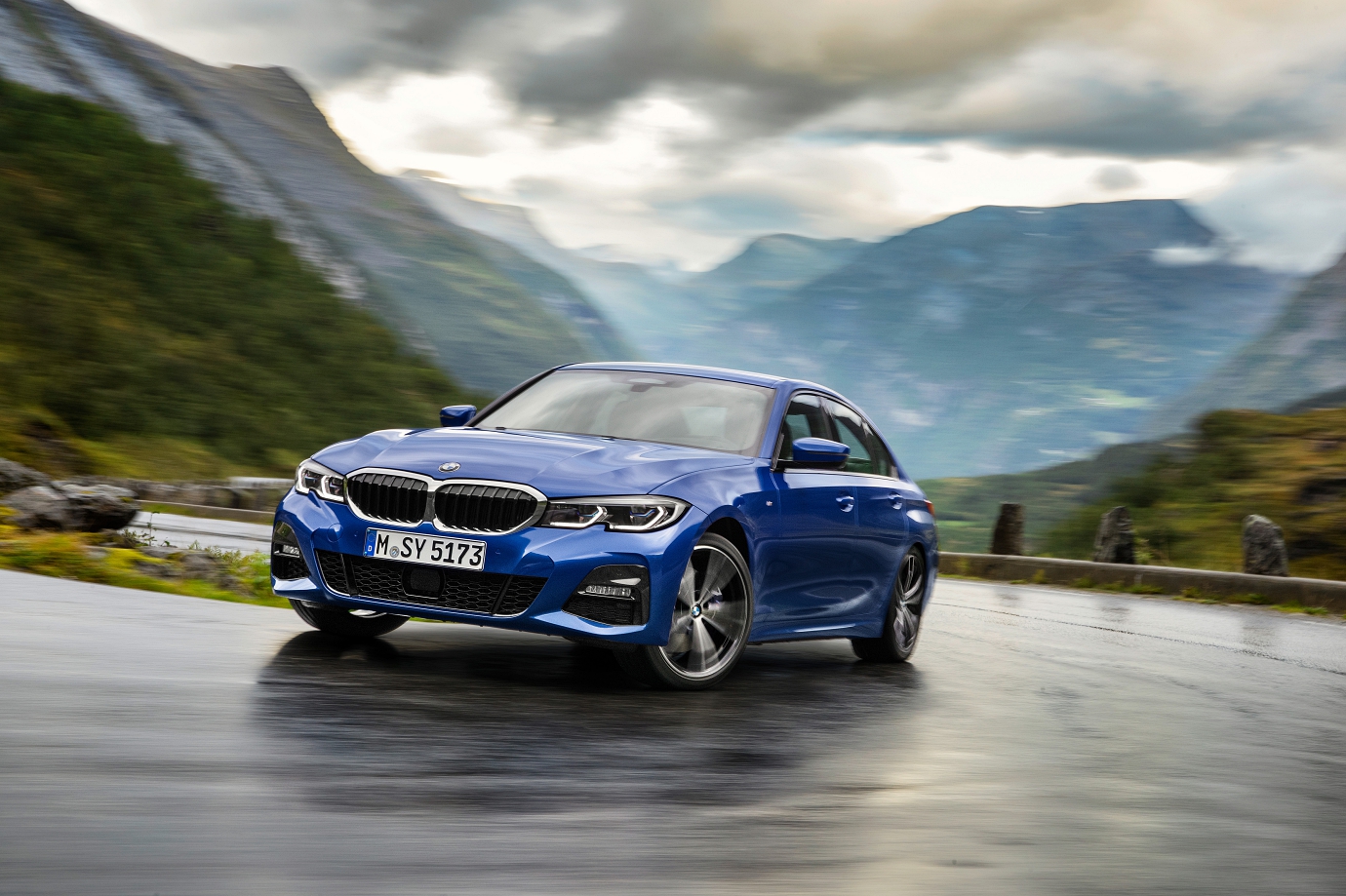 First up, we have the BMW 318i. This model caters to the family that desires the comfort levels of more expensive cars, but at an affordable price point and in a compact executive sedan shape. Inside, the 318i features leather seats, BMW’s latest Operating System 7.0 and other luxuries that are present across the range.

Additional standard features that come coupled with the 318i is 3-zone climate control to ensure maximum occupant comfort, contactless opening and closing of the boot lid for convenient unloading and loading and Parking Assistant to get into the tightest of parking lots.

The 318i is powered by a 1998cc four-cylinder petrol engine with BMW TwinPower Turbo Technology. This produces 156hp and a healthy 250Nm of torque. The result of this is an impressive 0-100km/h time of 8.4s. The engine is refined and has a large range of abilities for both fuel economy and spirited drives. As with every other BMW, the 318i handles with aplomb.

With this much value in a well-sized and economical package, the 318i is bound to keep the competition looking over their backs and attract new buyers into this category. 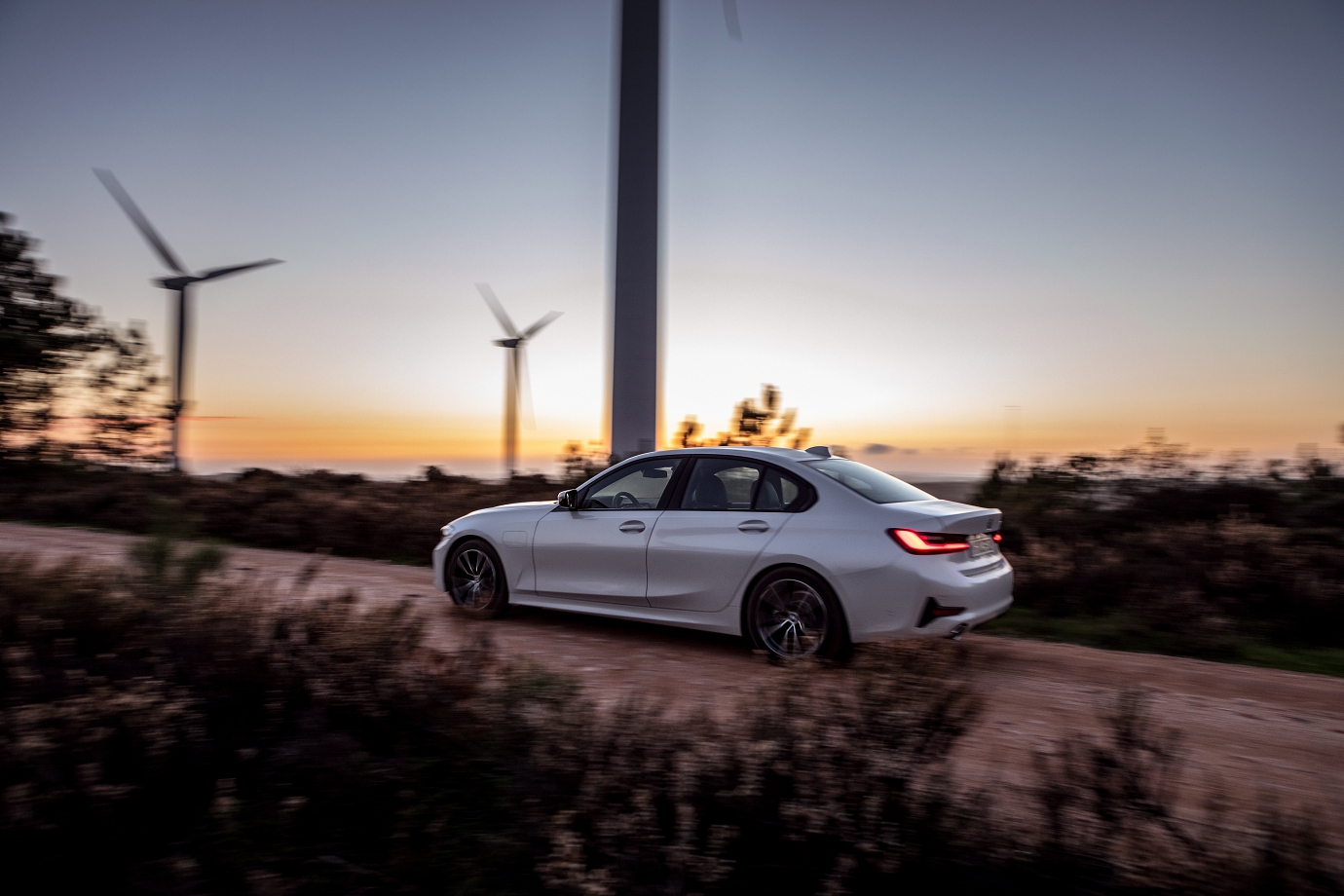 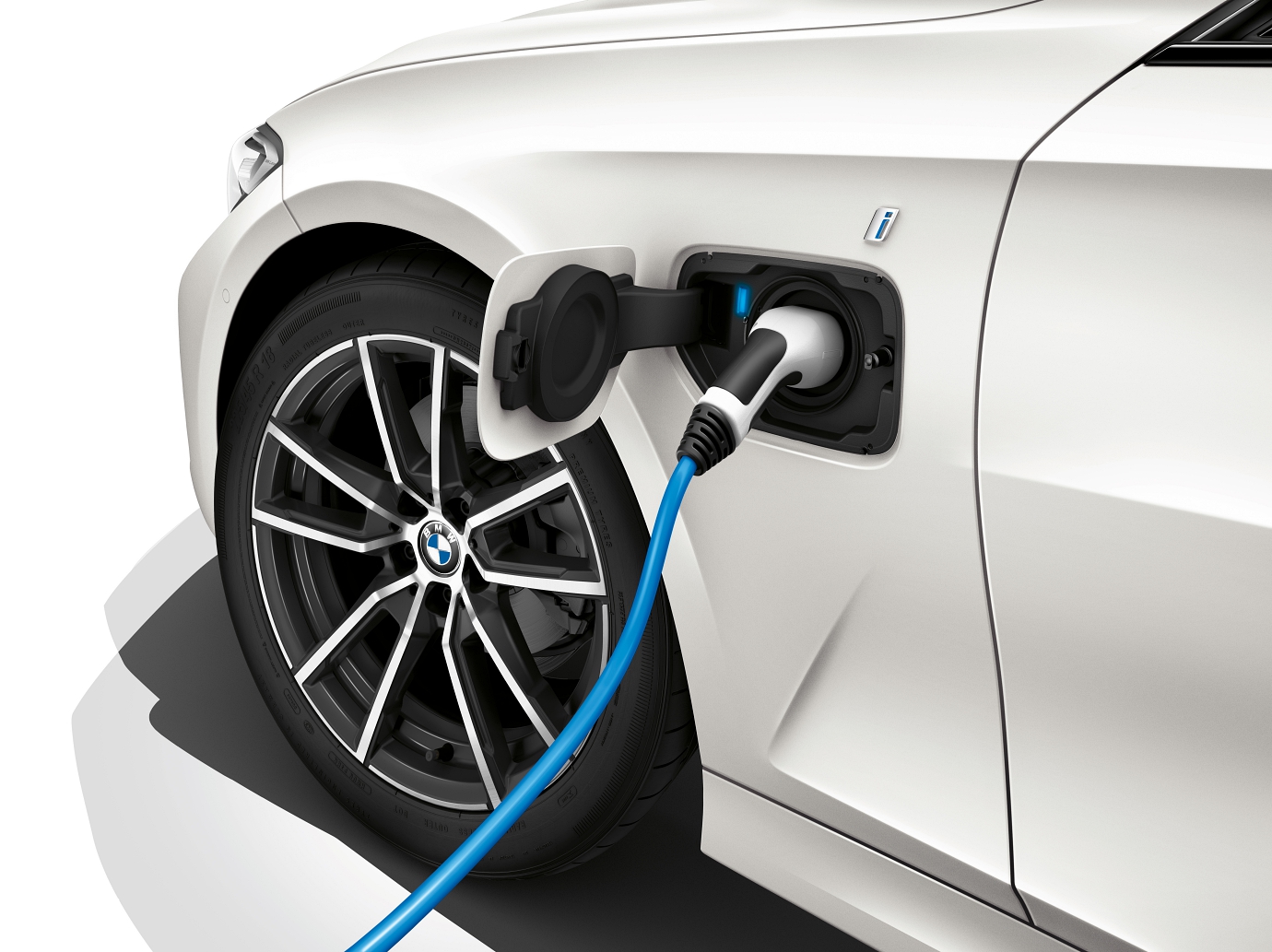 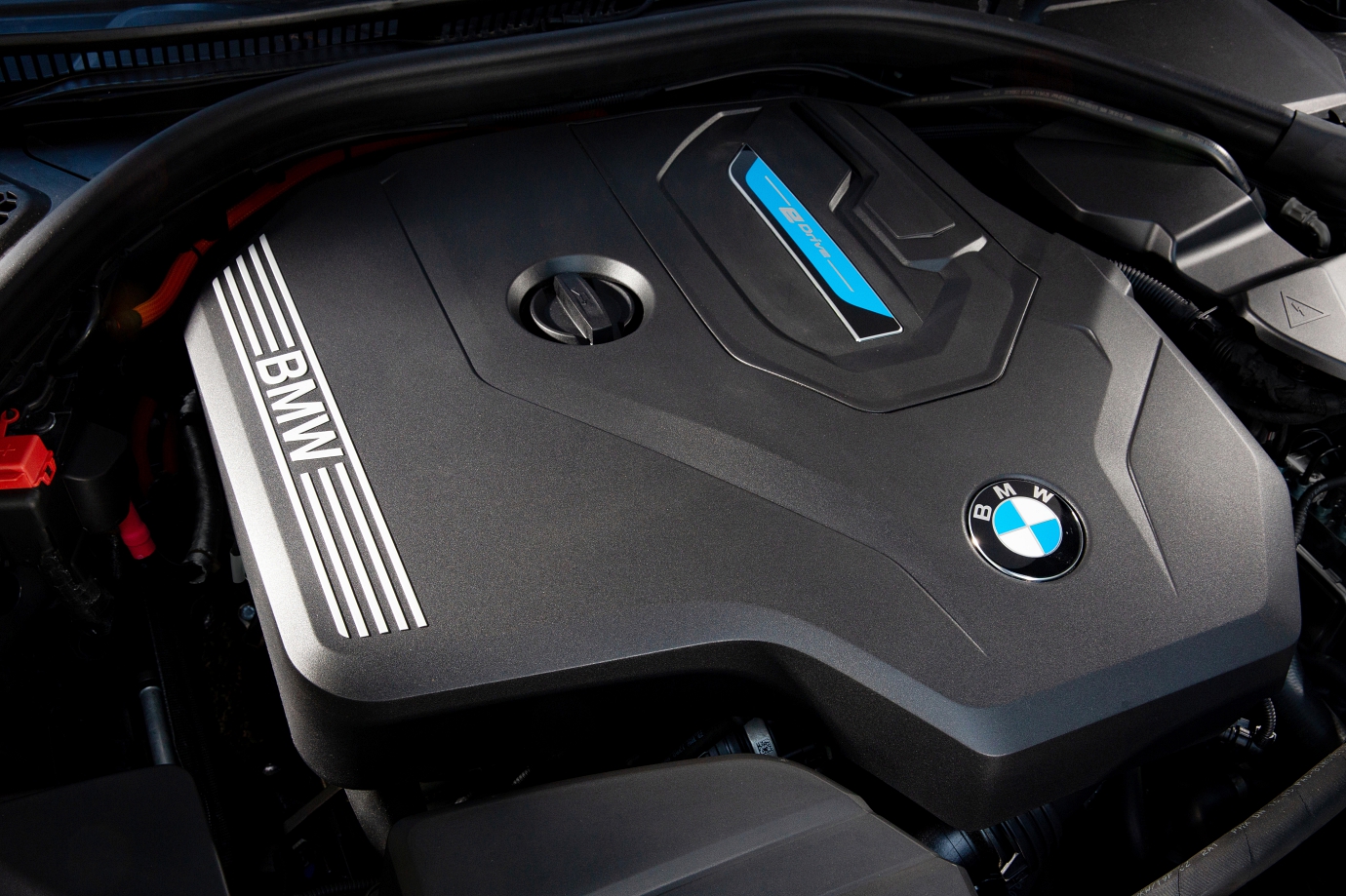 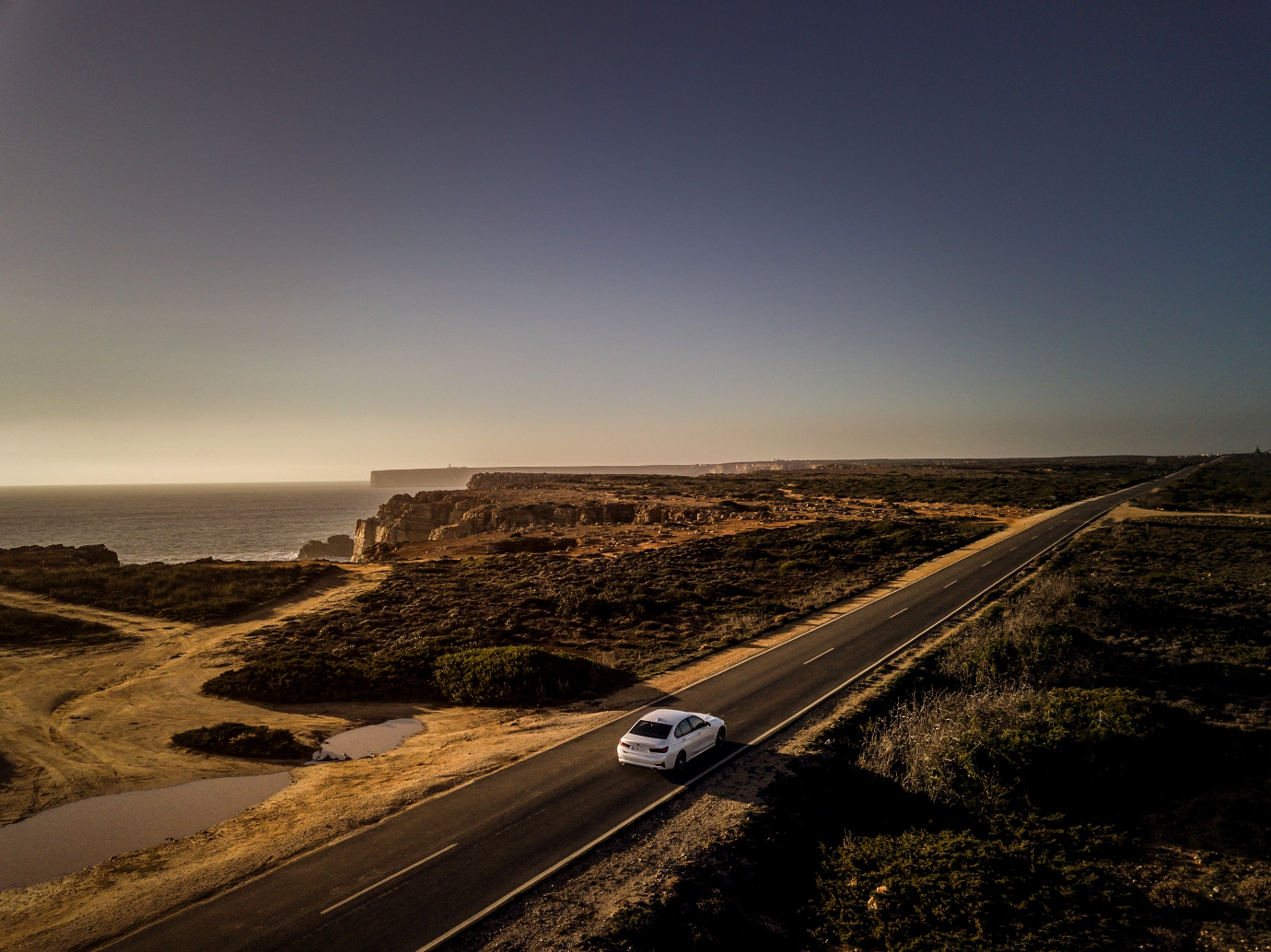 For the environmentally conscious, the BMW 330e fits the bill. It couples an internal combustion engine (ICE) with an electric motor. The petrol engine is in fact of the same architecture as that from the 318i, albeit tuned to 184hp and 300Nm.

The benefit of the electric motor is that BMW has been able to bring together a combined 292hp and 420Nm while having emissions low. These figures are comparable to the poke that a 3.0-litre engine would otherwise normally bring. Full exploitation of the eDrive comes in the form of XtraBoost in SPORT mode. When necessary, the electric motor is able to complement the ICE to accelerate the 330e quickly during an overtaking maneuver.

On the performance front, the instant torque available from the electric motor ensures that the 330e is always at the ready to accelerate at the slightest input of the accelerator. From this has emerged a sub-6-seconds 0-100km/h family sedan – no slouch even in today’s context.

The highlight of the 330e is its capacity to travel in zero-emissions electric-only mode. The distance for full-electric ranges from 59 to 66km and up to a maximum electric speed of 140km/h – more than sufficient for Singapore’s context. Ultimately, with the 330e, owners will be able to go green during their commutes but without compromising on fun. As has been the case with every 3 Series since the first generation E30, BMW M GmbH has worked its magic on the top-of-the-line 3 Series, the M3 and M3 Competition. Dubbed the G80, the all-new M3 continues the tradition of bringing a race car on the road.

The BMW M3 always manages to fill the space of a supercar killer sedan with an alter-ego of a plush sedan with the ability of carrying five people in comfort. The G80 ups the ante amongst its competitors with a new in-line six-cylinder engine that produces a hefty 480hp and 550Nm; in M3 Competition guise, this jumps to a colossal 510hp and 650Nm! As a comparison, the previous generation F10 M5 had just 50hp and a mere 30Nm more. Such are the advances in chassis and engine development that BMW M has made it possible to create a performance package like this.

Visually, BMW has now stretched its iconic kidney grilles to almost fill the entire front bumper from top to bottom. With this detail, however, it is also the first major clue to the eagle-eyed that this is a BMW M product, as opposed to a standard production 3 series with smaller grilles.

Other visual cues are the CFRP roof as standard and flared wheel arches. On this note, this is also the first production M3 to come with different front and rear wheel sizes as standard. The fronts are 18” in diameter with 275 section tyres while the rears are 19” in 285 rubber.

The M3 comes standard with adaptive M suspension with electronically controlled dampers. For the track hungry owner, both variants of the M3 will come standard with an eight-speed M Steptronic driving its rear wheels.

BMW has truly positioned the 3 Series range to accommodate all individuals. From the economical 318i to the frugal yet sporty 330e to the monstrous top of the line M3, there is a 3 Series for every desire.