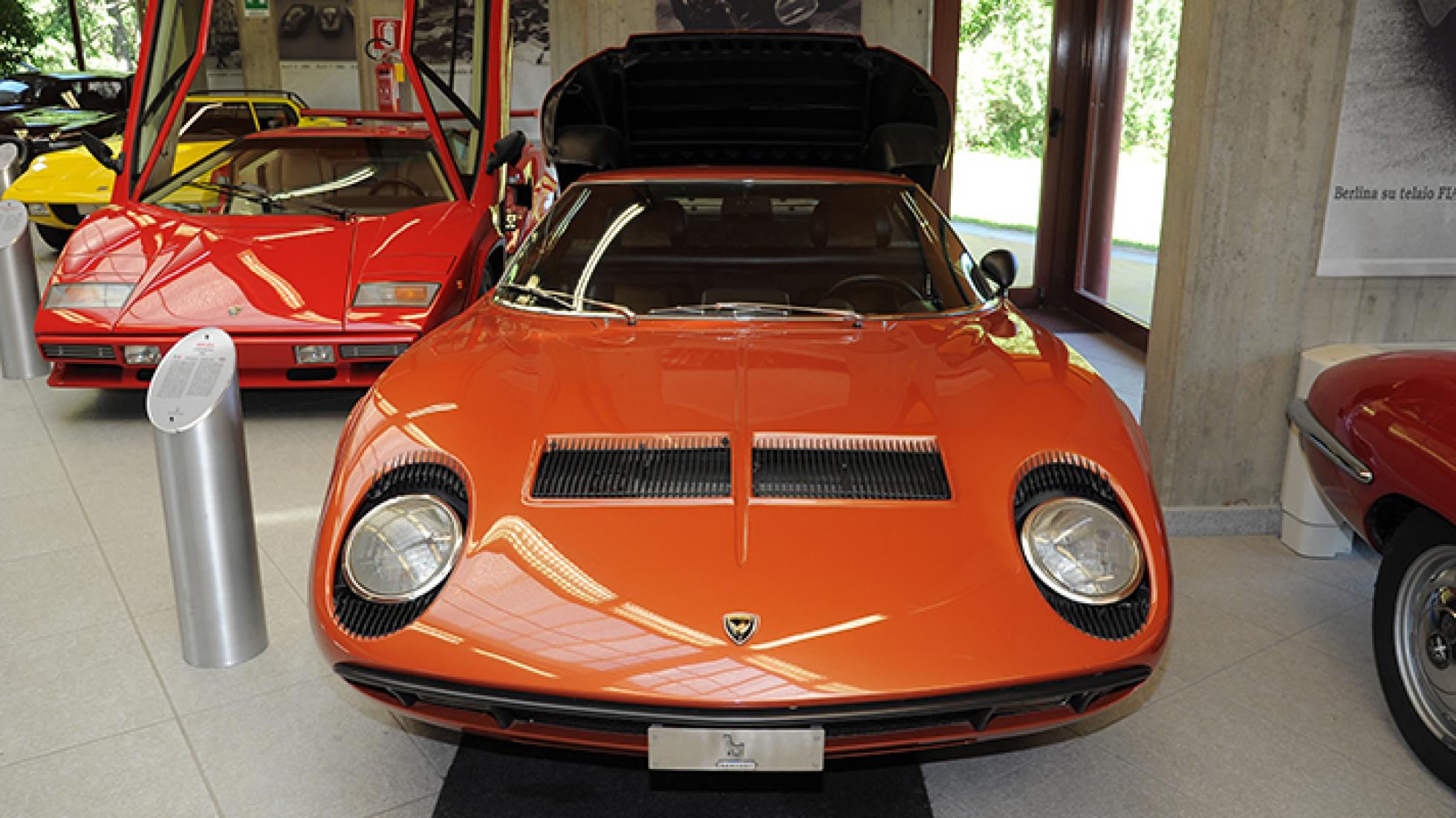 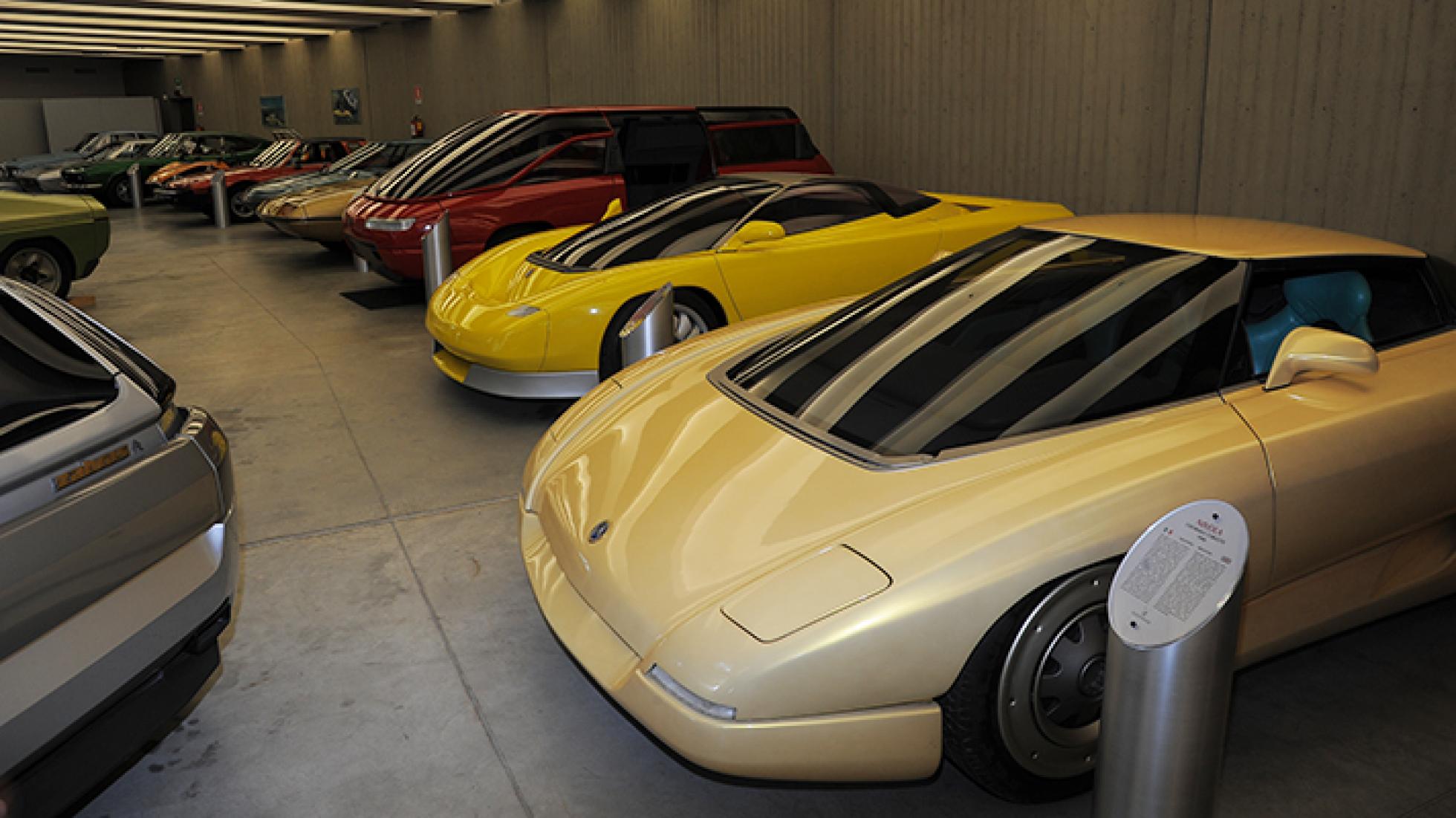 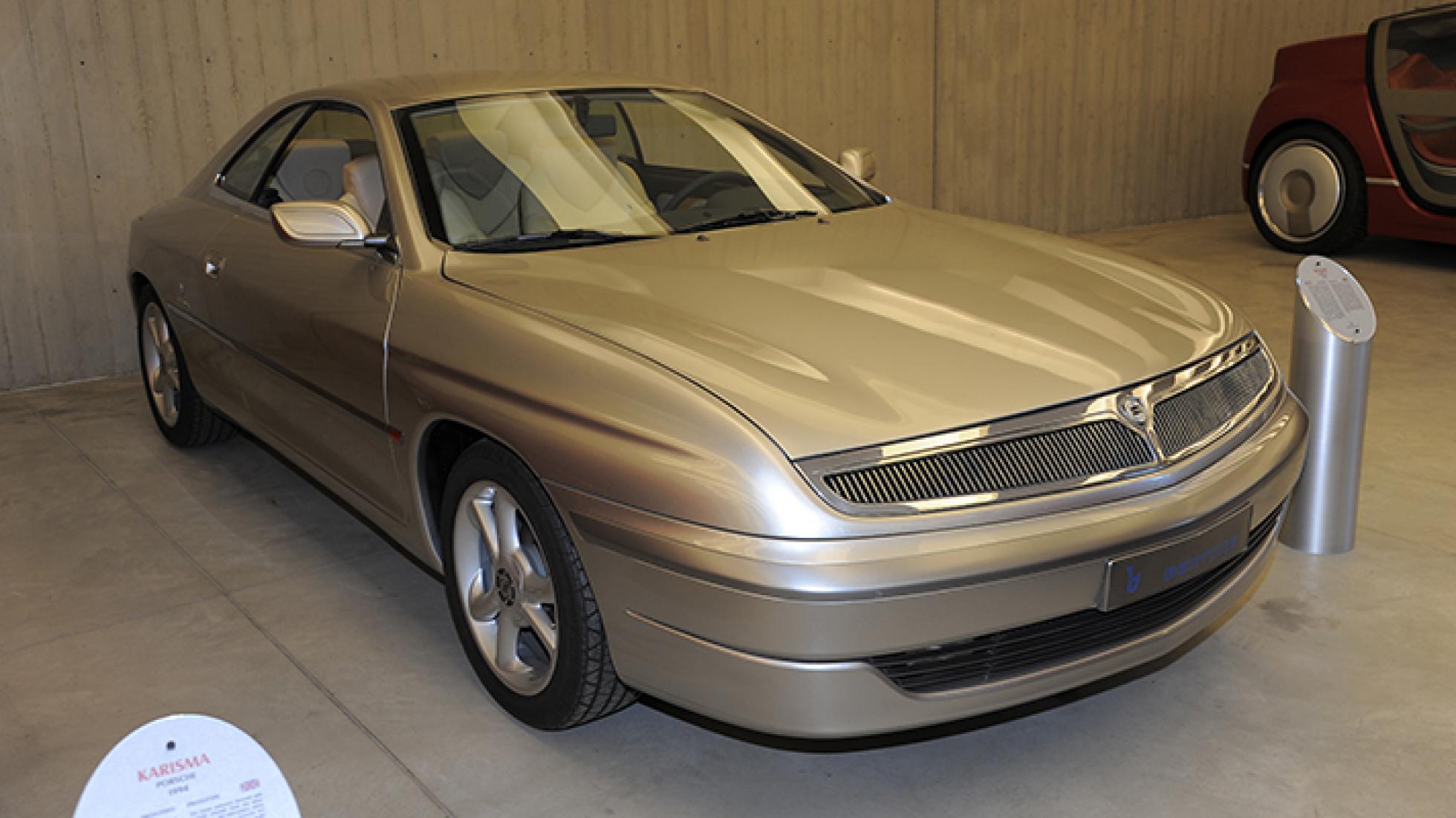 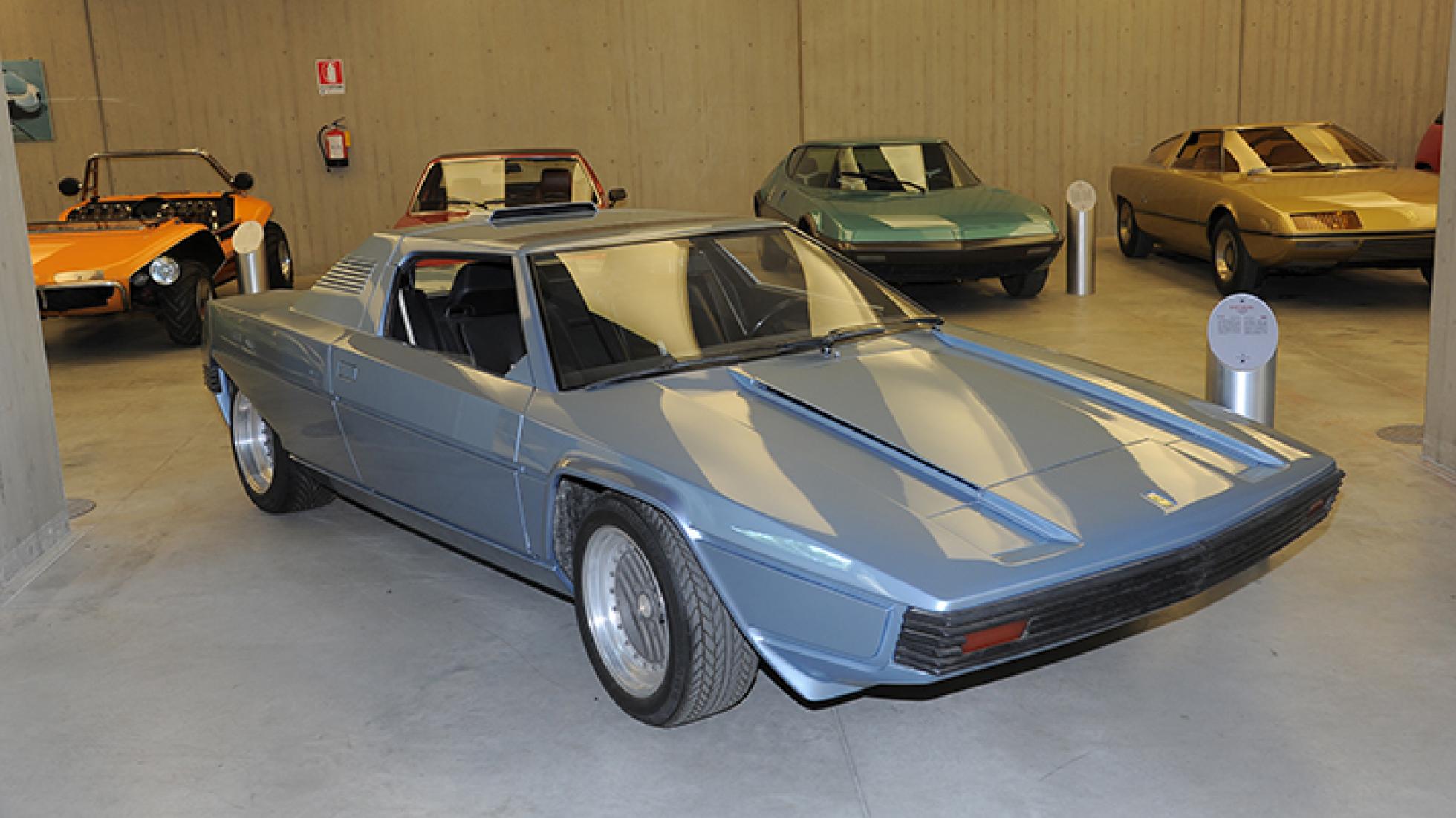 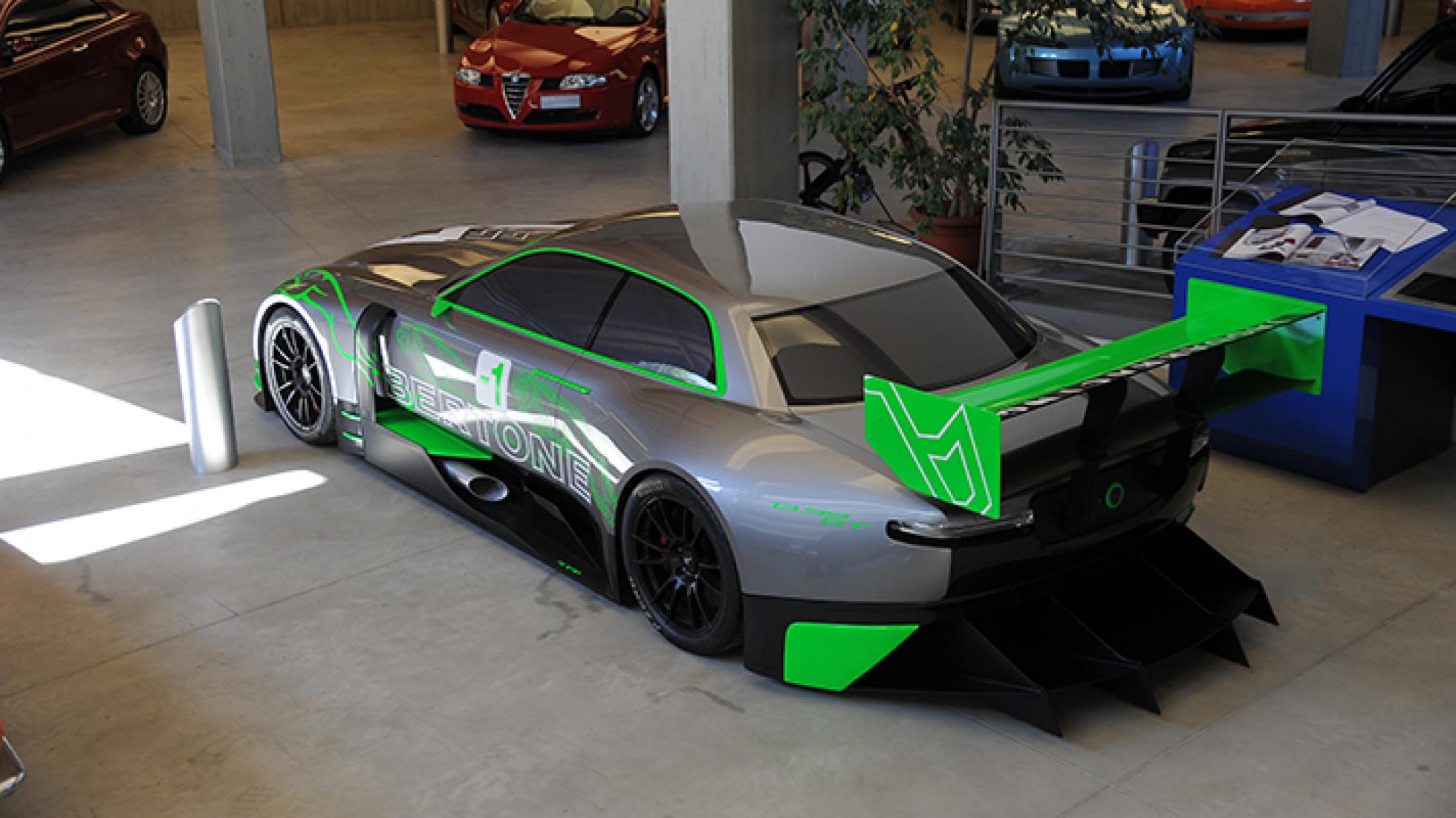 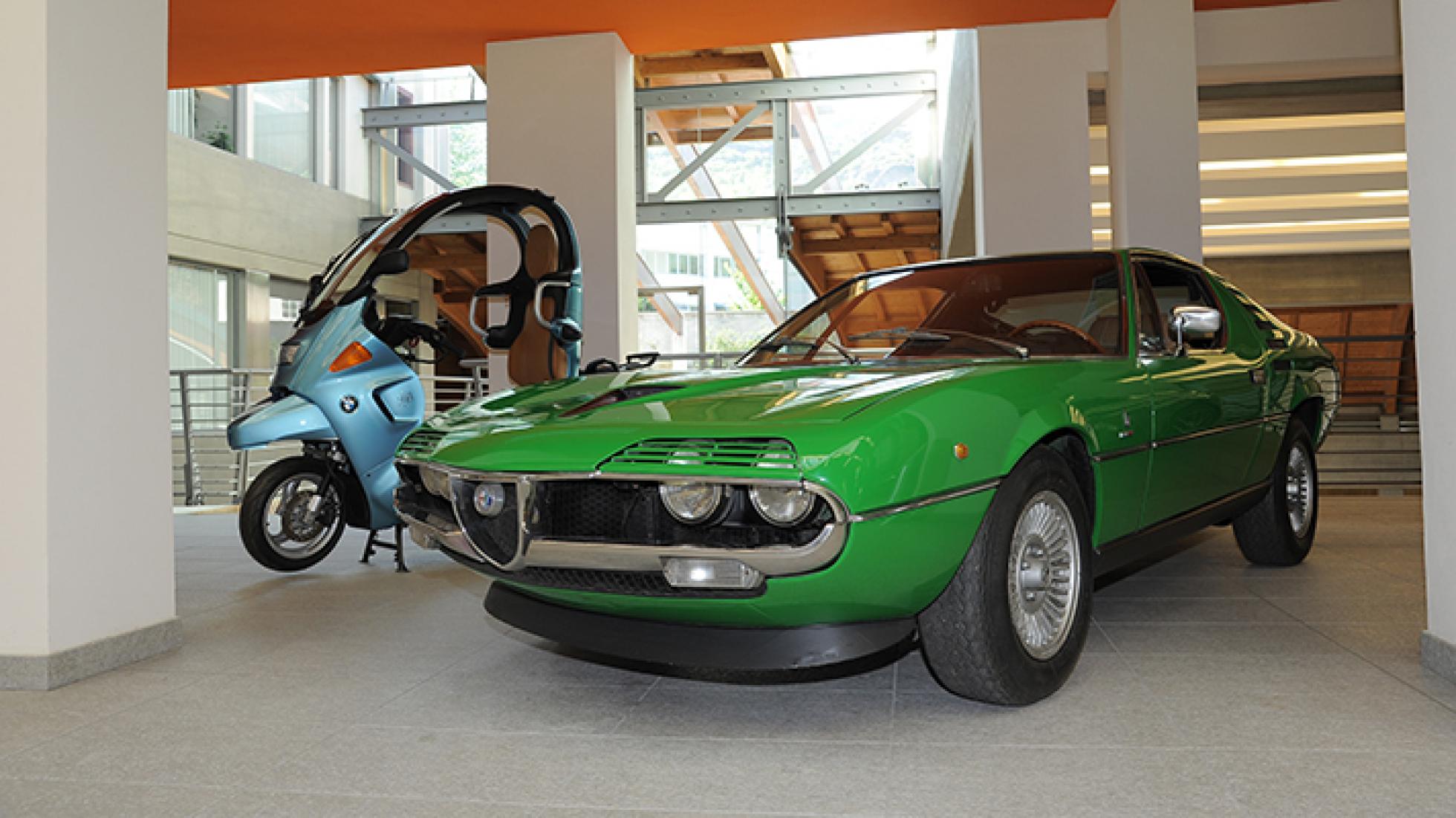 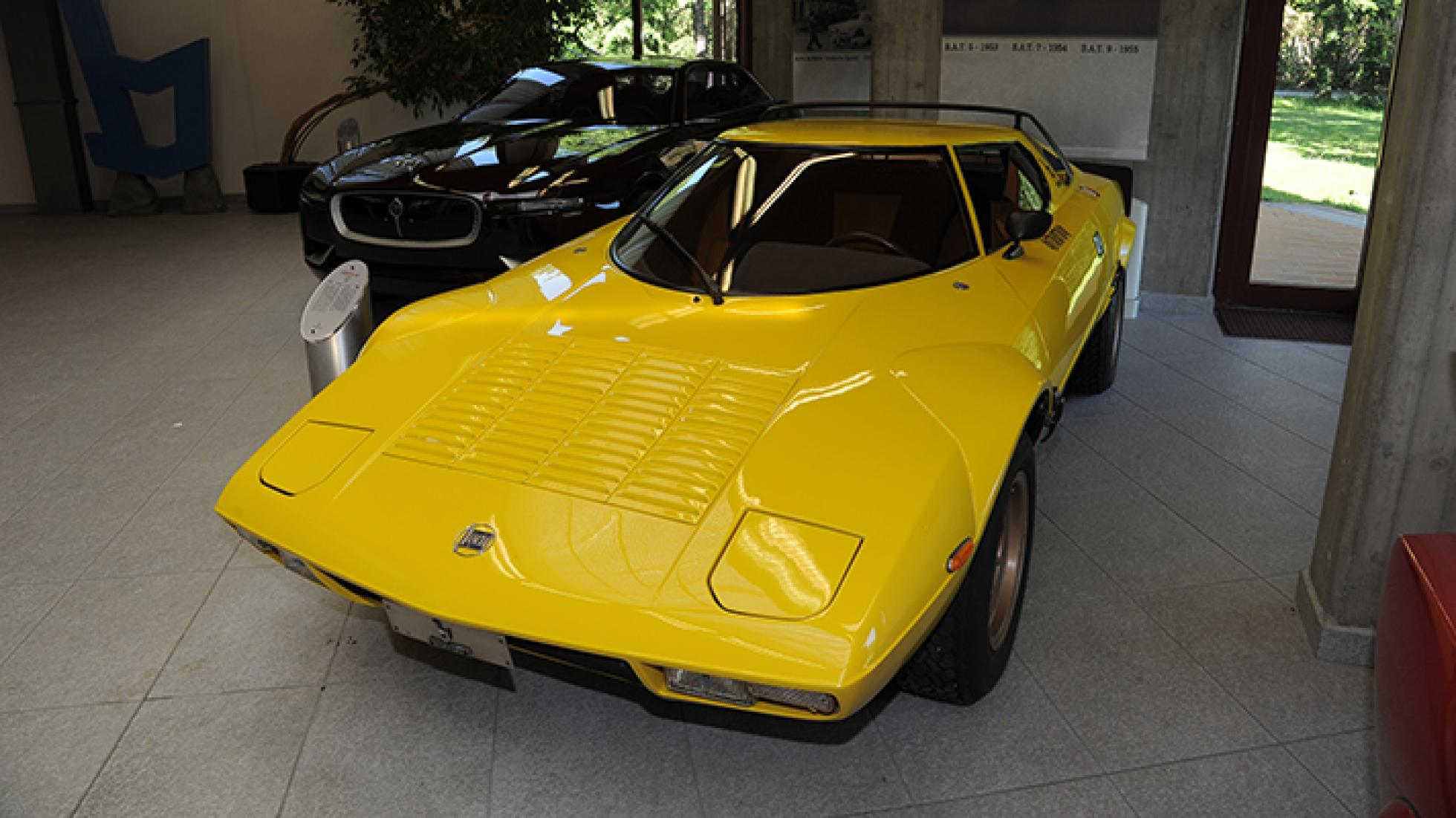 I’m sitting in the Bertone Jet 2+2 in a traffic jam in Italy next to a man named Marco. Marco is an Italian Bertone engineer with a rudimentary understanding of English and a strained look on his face. He is anxious because boredom has forced my hand, and I’m sitting here revving the Aston’s 6.0-litre V12 to amuse onlookers (and myself). Marco helped build this one-off ‘Jet 2+2’. It’s rumoured to be worth some £1.1m, and he is unimpressed by my showboating.

Before he bursts a vein, I let the Jet idle, and reflect on just where we are. Not stuck next to wayward road-digging machinery edging closer to the Aston’s bespoke bodywork, but at a point in Bertone’s history. Marco explains that long before we get to coachbuilding bespoke V12s, we need to go back to the beginning of the 20th century.

Way back when, in 1912, a young farmer named Giovanni Bertone opened up a repair and construction garage for horse-drawn vehicles, because of course, in 1912, cars were a rarity in Turin, and the rough roads were dominated by actual horsepower.

World War I soon put an end to his garage, but - with his young son, affectionately nicknamed ‘Nuccio’ - the pair reopened after hostilities and managed to bag a big contract with Fiat.

From there, Bertone slowly began building a steady stream of business, until he caught the eye of a certain gentleman named Vincenzo Lancia. Vince happened to notice Giovanni’s talent with a pen, gave him a big sketchpad, and let him run free.

The father and son duo racked up the cars, the clients and the experience until Nuccio penned the gorgeous Alfa Romeo Giuilietta Sprint for the ‘54 Turin motor show, and everything went cosmic.

An initial production run of 1000 units was pushed out to 40,000 over eleven years; at the end of the 50s, Bertone kickstarted a very fruitful friendship with Aston Martin, building the ludicrously gorgeous DB2/4.

Success was a welcome friend, but perhaps even Nuccio - the man with the ultimate business savvy - couldn’t have foreseen what would happen in the next decade.

Because of course, the 1960s were all about the Italian GT car, none more so than [drumroll please]…the Lamborghini Miura. “It’s the one car that changed the fortunes of Lamborghini,” opines Adrian Griffiths, Bertone’s chief designer.

Adrian’s a smart chap, and a Brummie too; we’re inclined to listen up, yow, as myself and Marco finally make it back through the traffic to marvel at the icons on display at Bertone’s HQ. “This upper part of the museum houses all of Nuccio’s personal cars,” he says, proudly. We’re talking a serious bit of kit here: a pair of Alfa Giuliettas, a Miura, a Lamborghini Countach, an Alfa Romeo Montreal, and the Lancia Stratos.

“The Stratos obviously changed the way we look at rallies,” Adrian tells us. “Look at the Mini that was cleaning up before - very small, squat proportions. Then the Stratos came along, which has this lovely fast, flowing profile. It’s magnificent.” It certainly is.

Soon after the Stratos was launched however, Giovanni passed away. Nuccio responded with the Maserati Khamsin and Fiat X1-9, the later selling some 160,000 units, and Bertone even scored an entry into Ferrari’s hallowed halls - much to the chagrin of rival Italian design house Pininfarina.

The Ferrari 308 was entrusted to Nuccio and his firm, after which came the Countach, and a brace of others: the Bertone Barchetta, Chevrolet Ramarro, Ferrari 308 GT Rainbow, Bertone Kayak, Chevrolet Nivola and of course, the space-age Bertone Nuccio (pic no 1), built for last year’s Geneva motor show to celebrate the company’s 100th anniversary.

Adrian draws his step to a halt just next to the simply monstrous Jaguar B99 racing concept - the track version of the rather delightful B99 saloon that even Jaguar Land Rover boss Ratan Tata approved of - and he appears to have come to a profound thought.

“On the English £2 coin,” he notes, sagely, “there is an inscription that reads ‘standing on the shoulders of giants’.” He looks up at the pictures of Giovanni and Nuccio on the wall. “Here at Bertone, we have a heavy burden to make sure we continue in their tradition.”

And with that, we’re whisked back off to the Bertone Jet 2+2. It’s a gorgeous thing, and caps off 60 years off collaboration between Bertone and Aston (the DB2/4, and the Jet 2+2’s predecessor, the Vanquish-based ‘Jet’ are alumnus), parked up alongside the B99 for good effect.

The Miura, Countach and Alfa glint in the background. “You see? Today, we’re still standing on the shoulders of giants.” Marco - still traumatised from TG.com driving the priceless, £1.1m Jet 2+2 in congested traffic - looks at the car, and then gives me a thumbs up. Giants indeed.

Have a click though the gallery above, and let us know your favourite Bertone design, below.