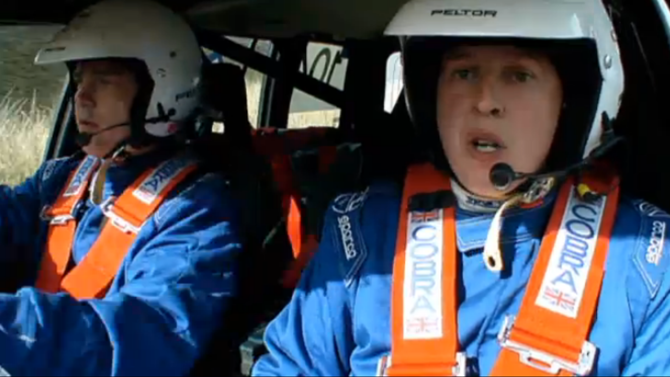 If you watched the show on Sunday (click here UK readers if you missed it) you'll remember the astonishing team of off-road-racing soldiers that suffered massive injuries in Afghanistan.

They're taking on the fearsome Dakar rally to help focus their recovery from major war wounds, which include bi-lateral amputations and the loss of both femoral arteries.

We've had a lot of correspondence in the last few days asking us how they're getting on, so TopGear.com caught up with one of the competitors to get the low-down on what lies ahead.

Tony Harris, the driver on Sunday's show that suffered a below-knee amputation during service as an Infantry Officer for the Royal Fusiliers says: "We're pretty excited about it. We're in a great car - Wildcats are really successful in the Dakar - but there are a few uncertainties.

"We just don't know how the desert is going to affect those of us with amputations. Because my prosthetic is effectively a pirate's leg I shouldn't have too much to worry about. But Tom [the co-driver featured on Sunday's show] has electric legs with moving parts and we're not sure how it'll function in the desert.

And they'll be spending plenty of time in the sand. Covering more than 5,500 miles in just 15 days, the route charges through Argentina and Chile at speeds of up to 120mph (not through Dakar in Senegal, as you might expect: the branded rally has changed location). Not everyone manages to finish the race - just 40% - but using a 4-litre V8-powered QT Wildcat stacks the odds favourably - 60% of them cross the line.

"We're excited more than anything. But we're not out there to win. From Tom and I's perspective, it's pretty unlikely we'll ever do anything like walk up a mountain, but when we're in a car we're on a level playing field with everyone else."

If you read our post-show blog, you might have noticed that there were links to two different websites. Shortly after filming, Tony Harris and Tom Neathway - the Project Mobility driver and co-driver of the Wildcat - developed the UK's second disabled rally team, Race2Recovery.

Both off-road teams share a noble goal - to race in the gruelling Dakar Rally Raid. Project Mobility aims to compete in 2014 while Race2Recovery's planning on 2013.

But before the wounded soldiers head to South America, both teams have a punishing motorsport schedule ahead of them. Race2Recovery's gathering experience with a V6 Freelander on the British Cross Country Championship (BCCC), heading to North Africa for the Tuareg Rallye and driving between Moscow and Sochi for the Silk Way Rally.

Project Mobility aims to participate in the National B Circuit rally, achieve its Class A (International) license and start racing abroad in 2013 before the Dakar a year later.

Best of luck to you guys, and we're looking forward to hearing more.