Ferrari 296 GTB Launched in Singapore. A New Definition Of Fun To Drive 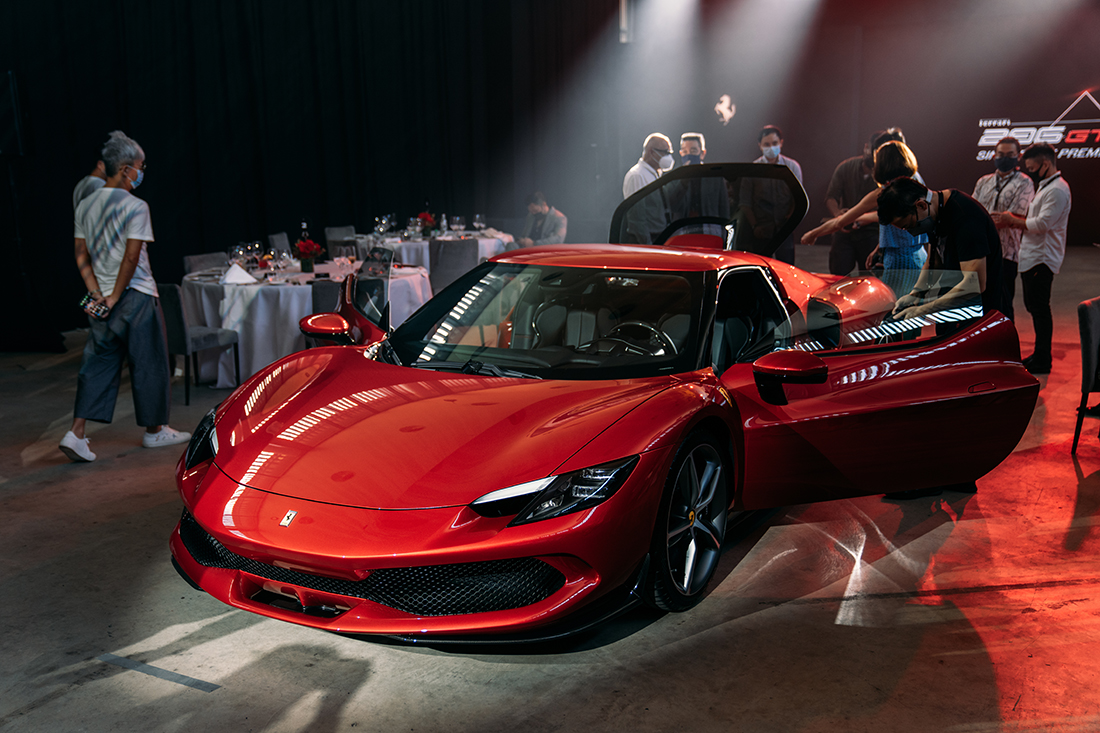 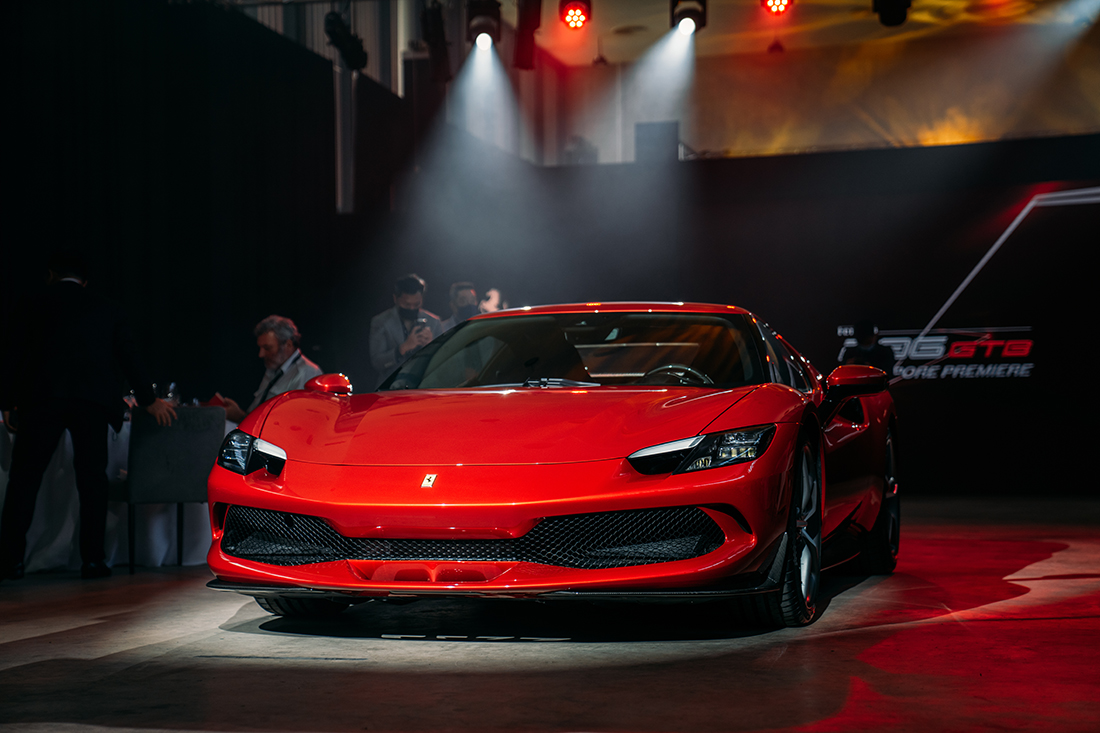 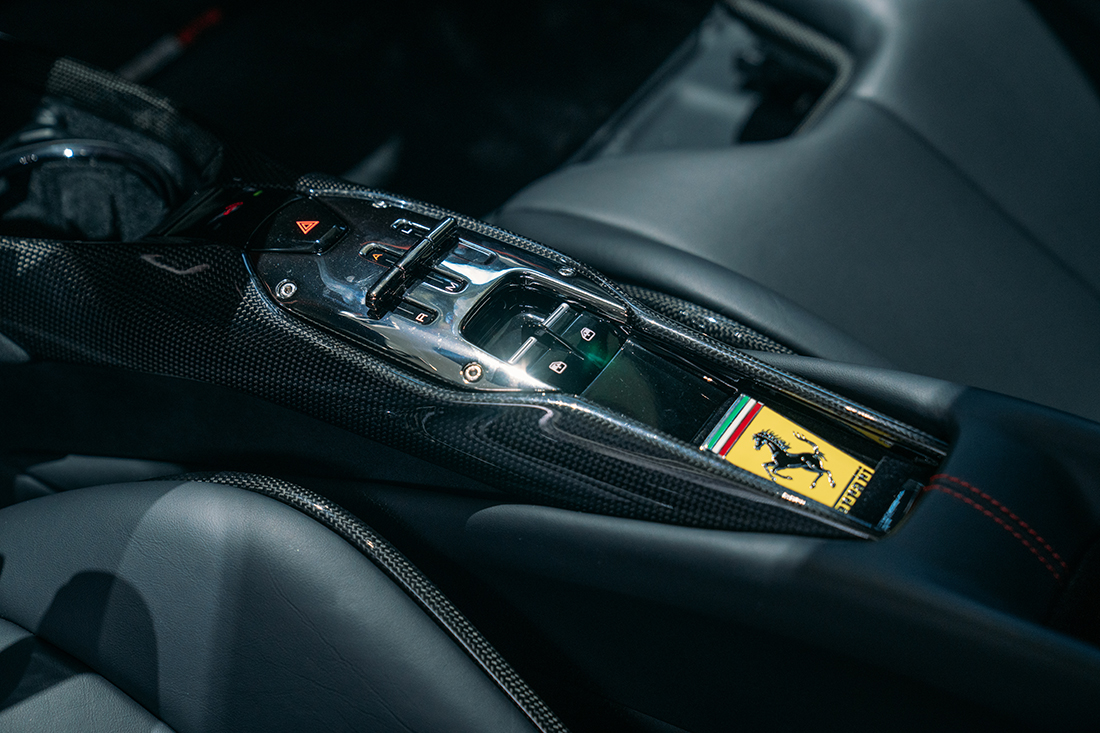 Singapore - Ferrari launched their first V6 sports car since the Dino. The Ferrari 296 GTB, is the iconic Italian brand’s new mid-rear-engined berlinetta sportscar, which gets a PHEV boost.

The 120-degree V6 rated at 650hp, was chosen for its shorter length (than a V8), allowing it to include a PHEV system into a compact-even smaller than F8 mid-engined footprint. With the additional boost of 167hp and 315Nm from the single electric motor driving only the rear wheels, the 296 GTB has a total system power of 830hp. The overall dry weight of 1,470kg, means that Ferrari’s new berlinetta boasts a power to weight ratio of 221hp/l.

Acceleration is blisteringly quick, clocking a 2.9 second 0-100km/h, and reaches 200km/h in only 7.3 seconds. In eDrive mode, the 7.45kWh battery, which is placed just behind the seats, helps to keep the car balanced, and can provide up to 25km of pure electric range; meaning that you would not have to worry about waking up the neighbours, and their neighbours.

The added downforce courtesy of a unique ‘tea-tray’, where the rear surface of the bumper works in synergy with the upper surface of the tea-tray winglet to create a high overpressure field, which counteracts the depression field that characterises the underbody. At the rear, the 296 GTB has an active spoiler which activates at speed, to deliver additional downforce. When not deployed, this seamlessly integrates into the bumper design, between the tail lights. 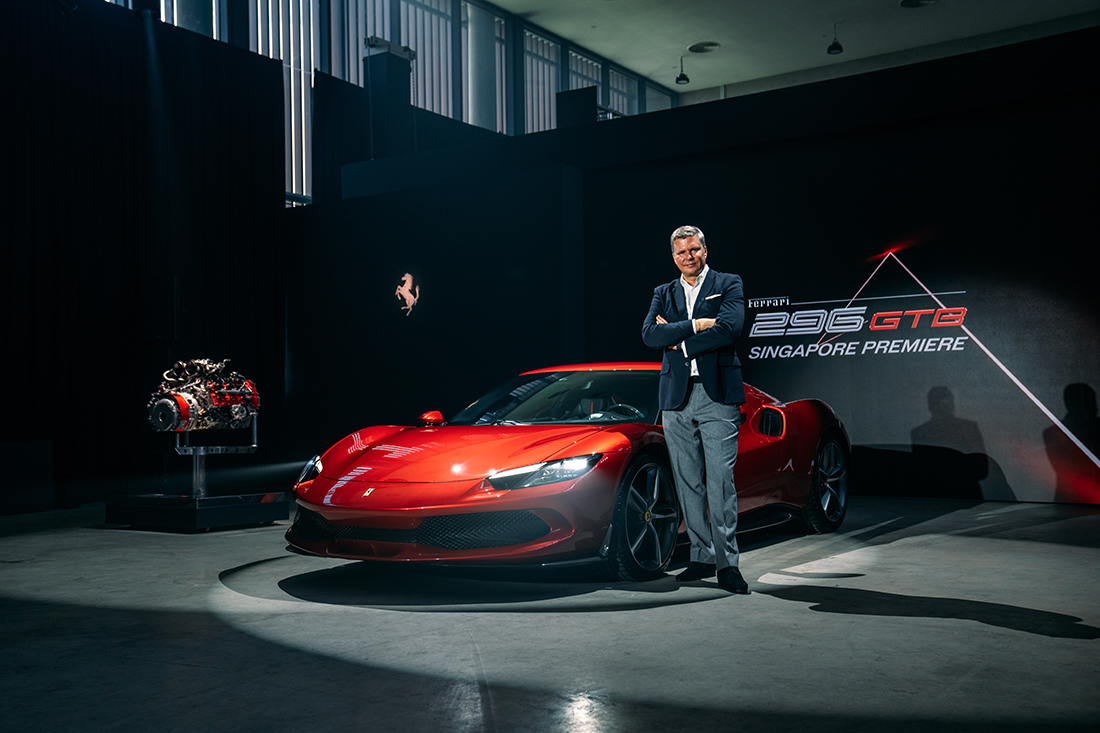 David Khoo caught up with Mr. Dieter Knechtel, President of Ferrari Far East & Middle East, who mentioned that "The 296 GTB represents next generation technology for Ferrari. We've invested a lot in hybrid technology – first with the SF90 Stradale and SF90 Spider and their high-end power and now with this complementary product, the 296 GTB that is engineered to be fun-to-drive." 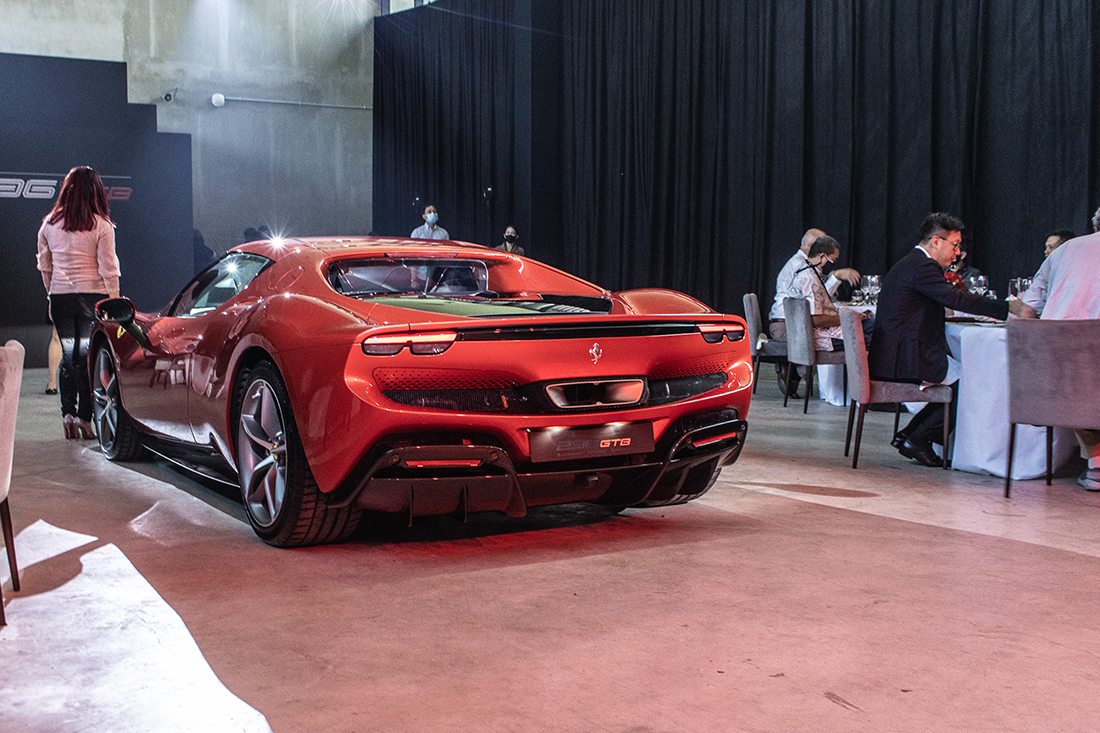 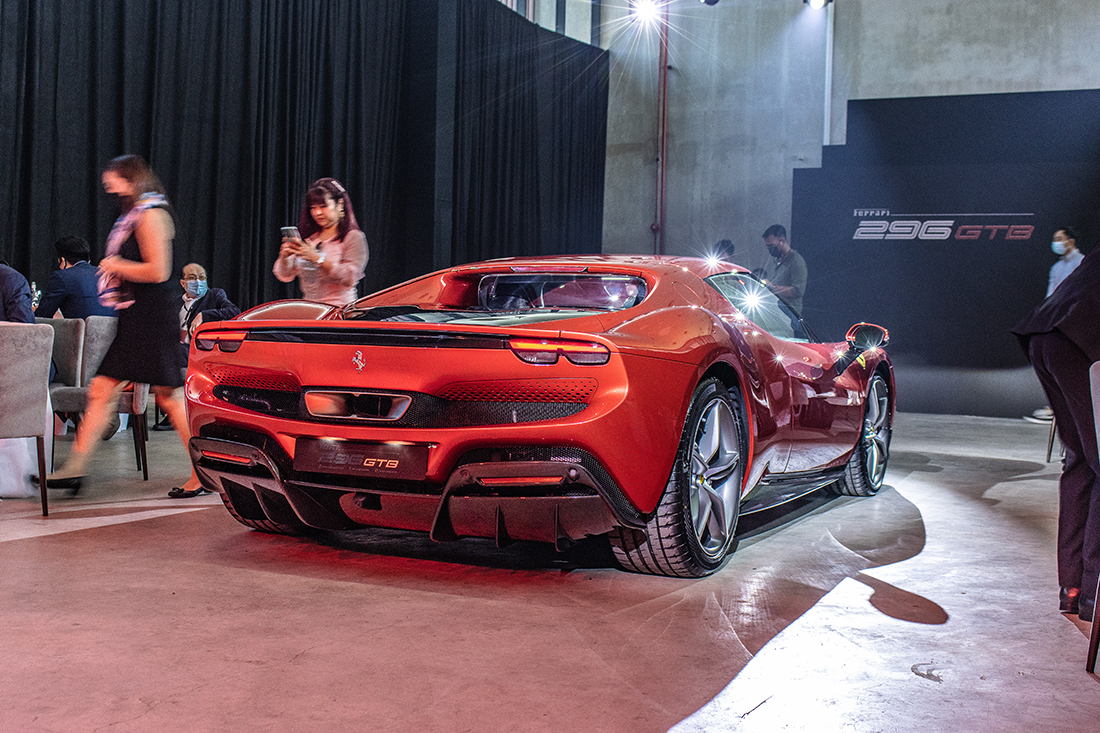 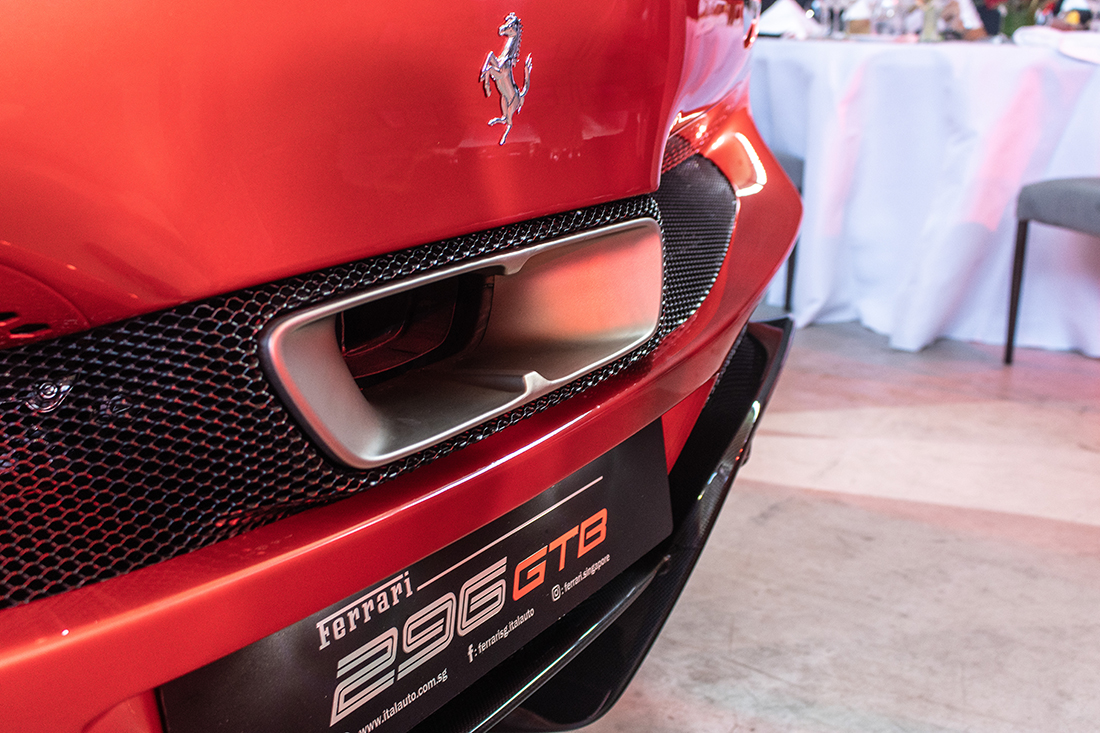 The Assetto Fiorano Sport package adds more of the fun element to the fun-to-drive equation, with weight-saving carbon fibre within the cabin, and a lightweight lexan rear screen. It also benefits from higher downforce, courtesy of carbon fibre elements on the front bumper. The package also includes special GT racing-derived adjustable Multimatic shock absorbers optimised for track use. All of this adds an additional $118,800 to the price tag.

First deliveries of the Ferrari 296 GTB are expected in the first quarter of 2023. Plus: three new models coming this year, and a Le Mans returns in 2023