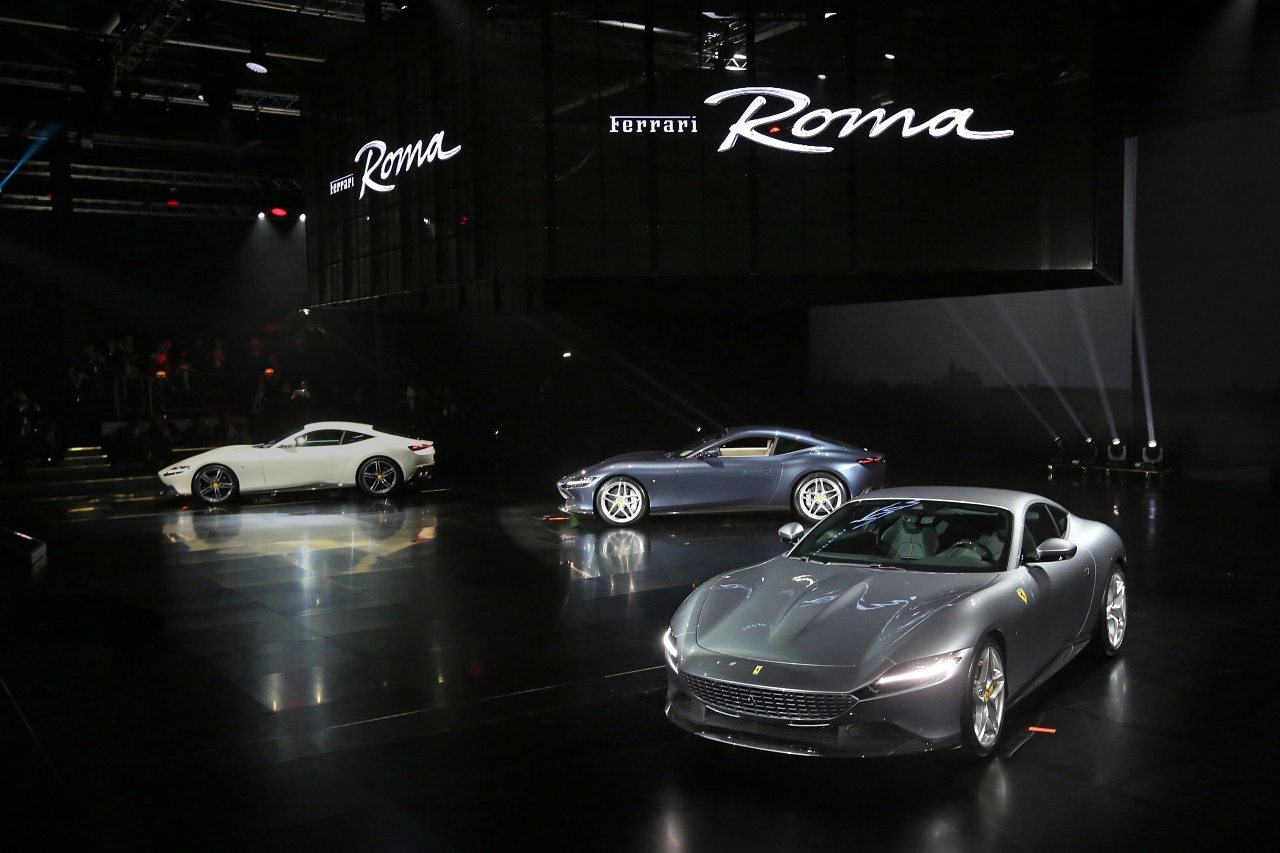 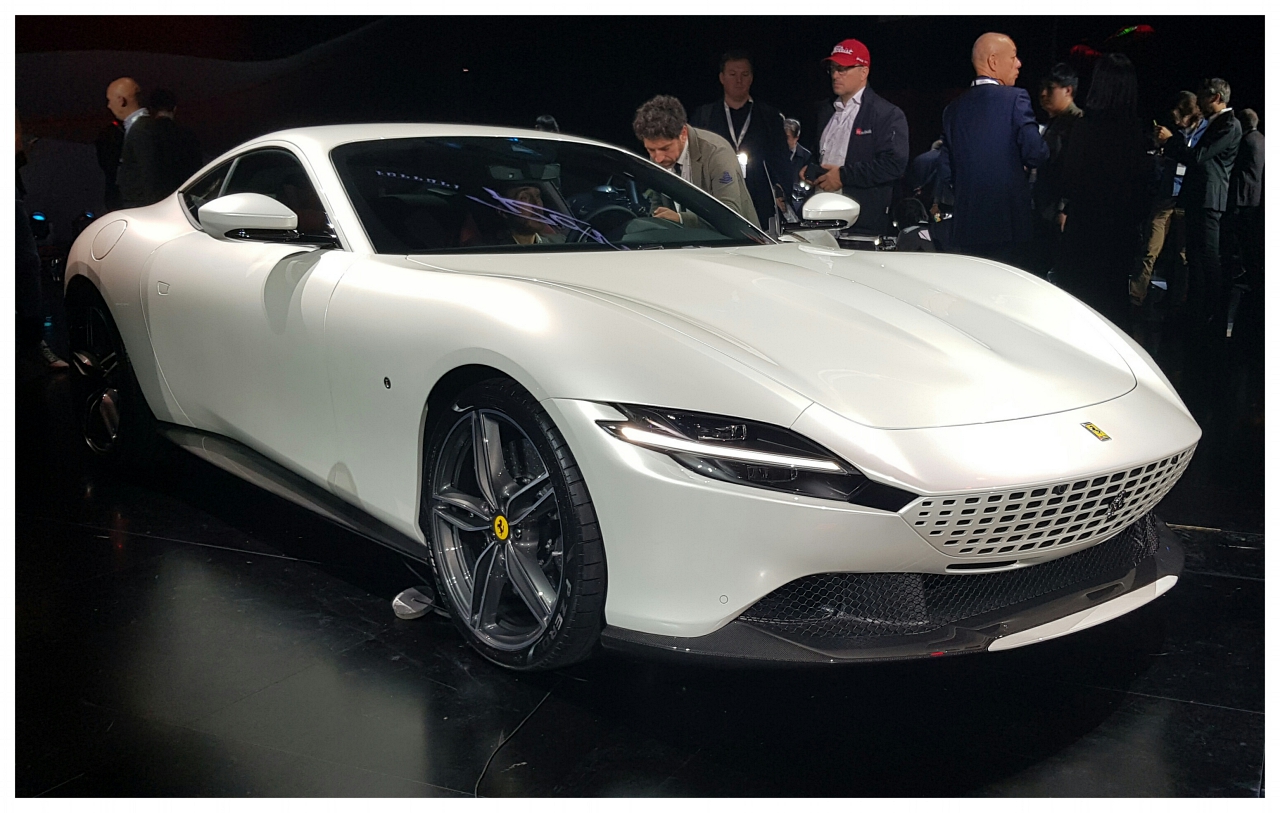 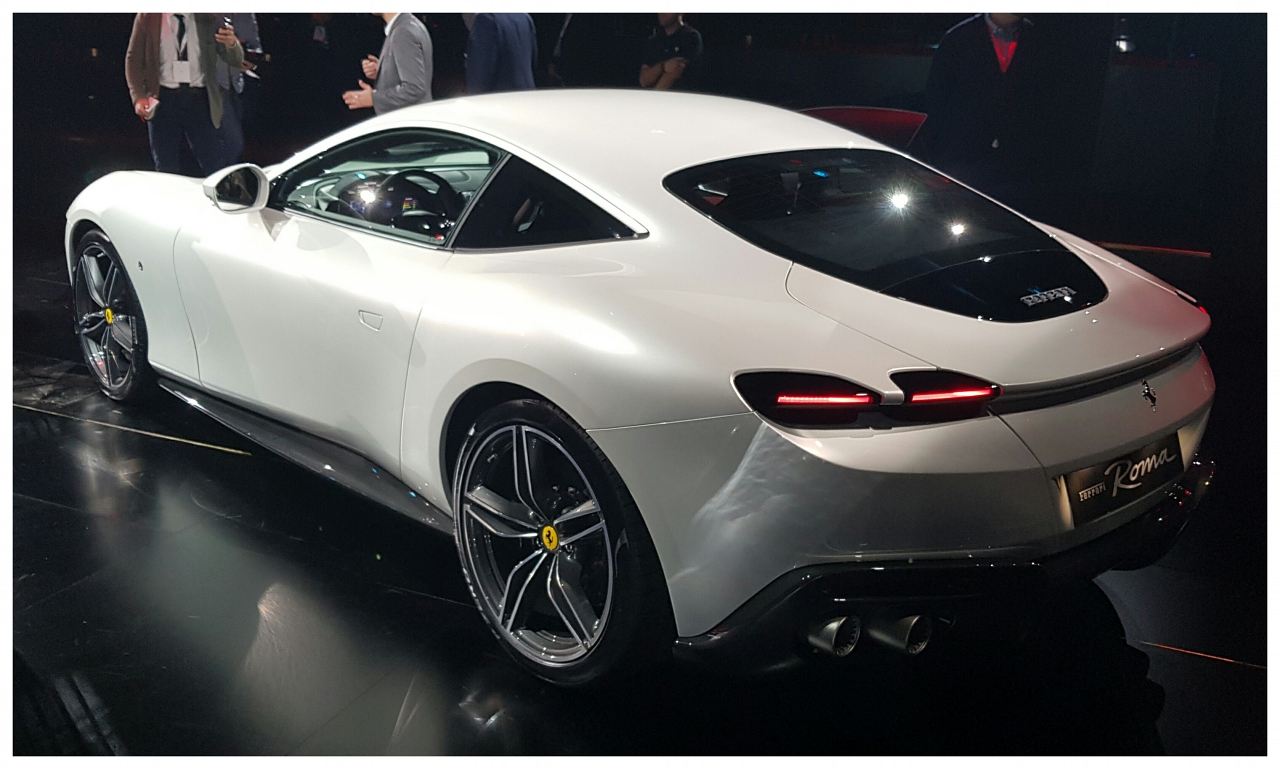 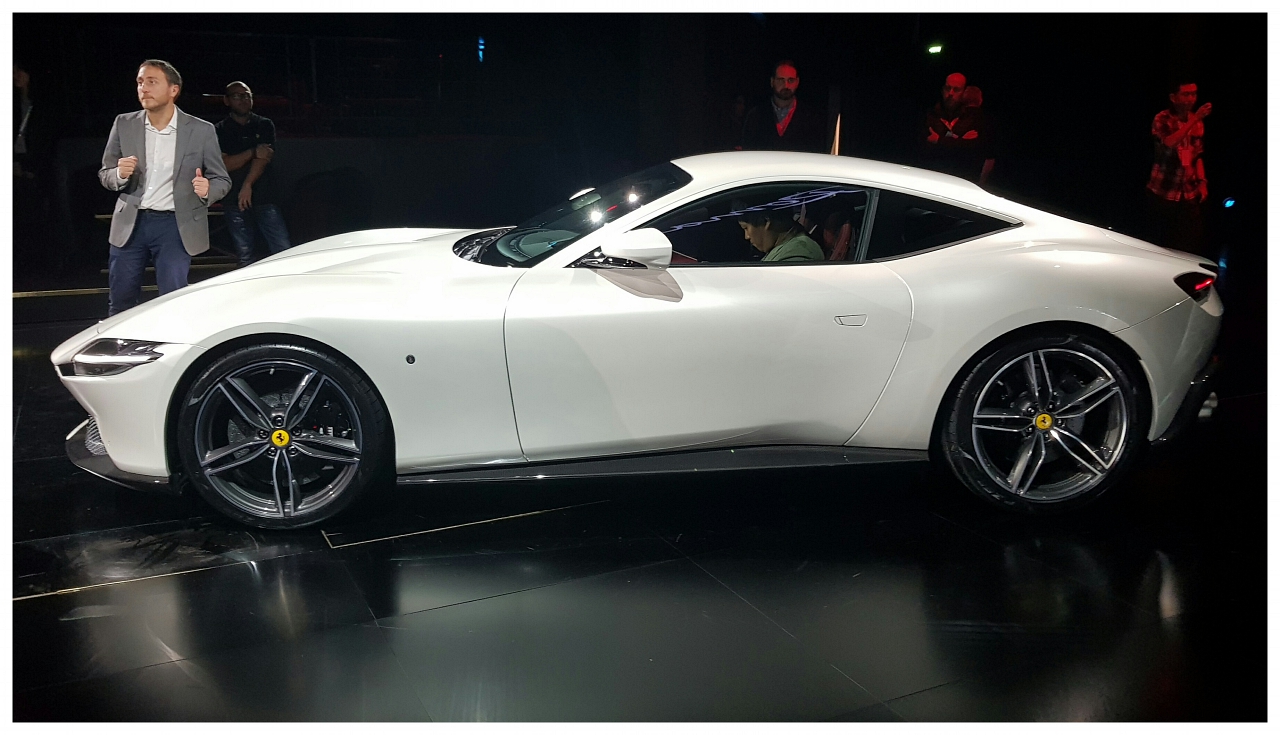 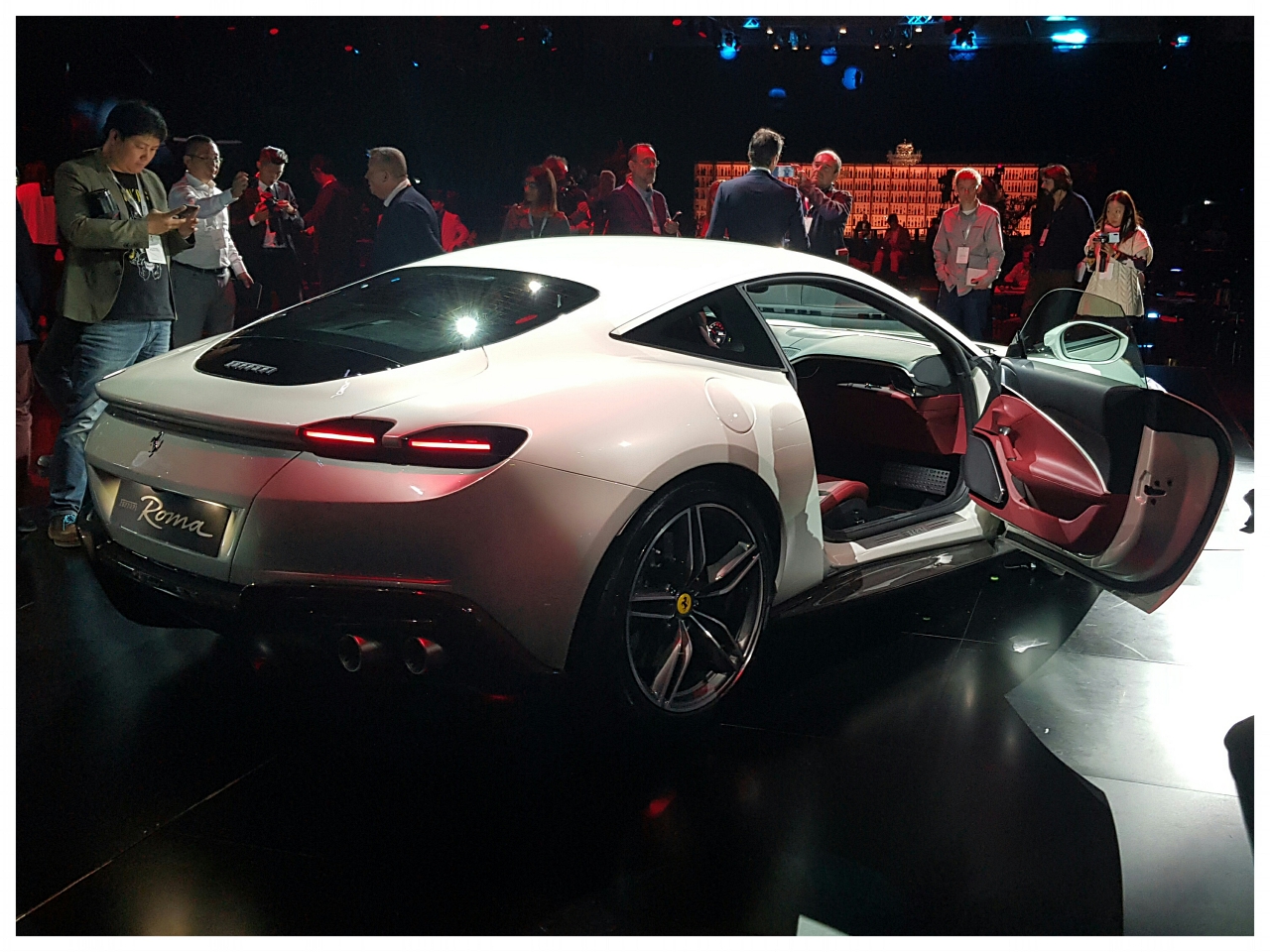 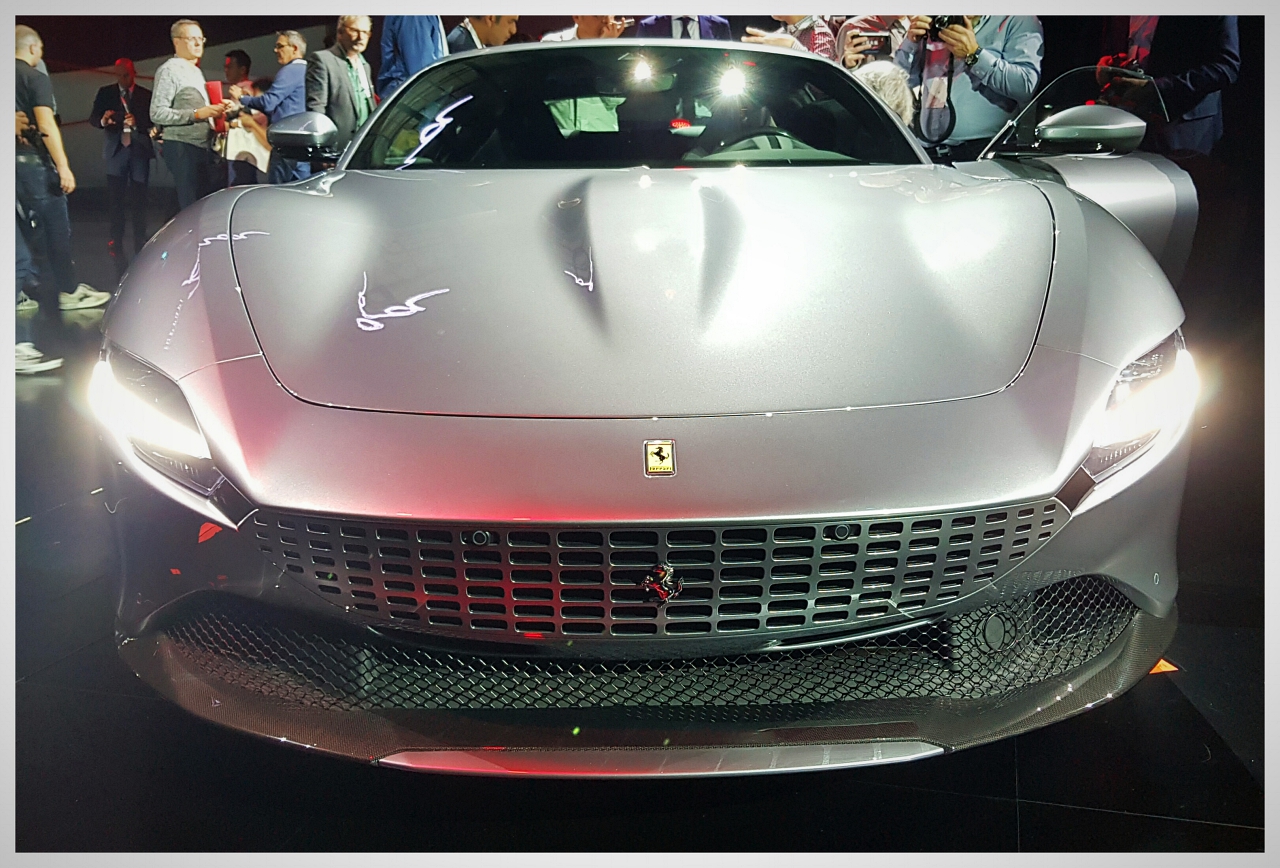 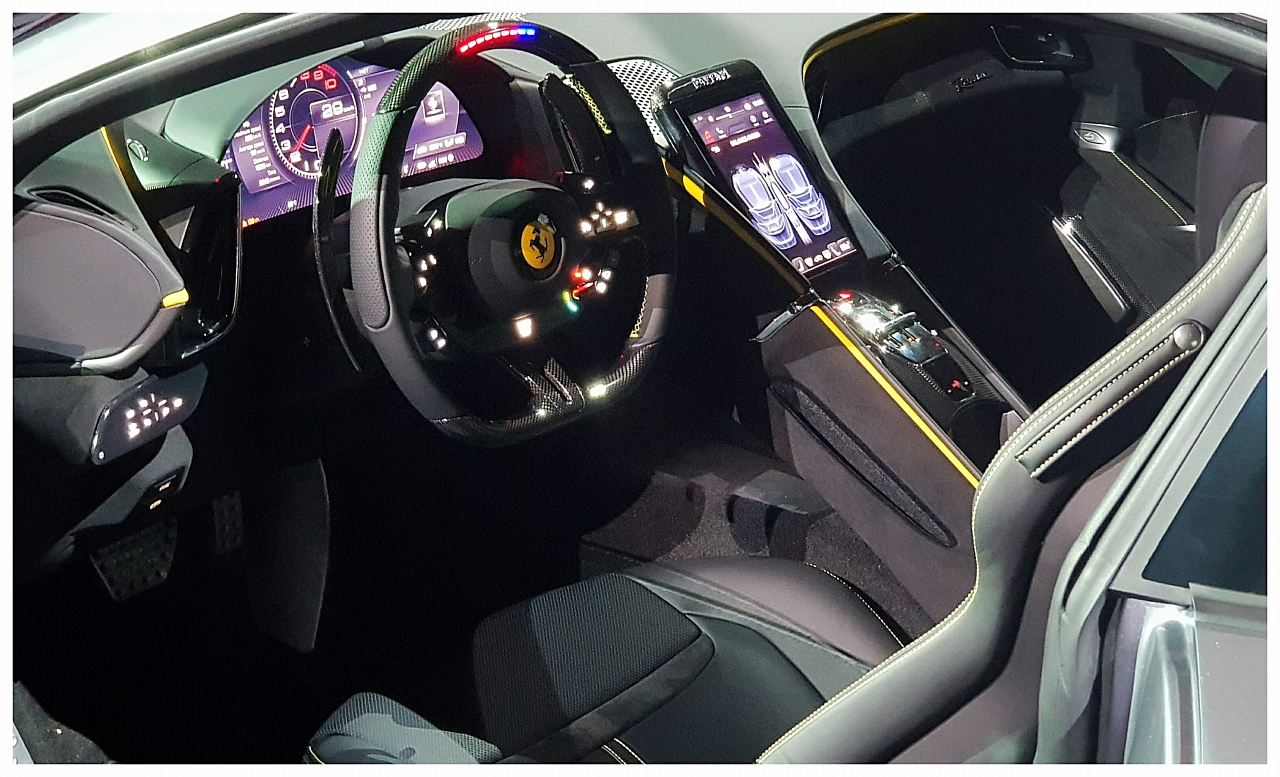 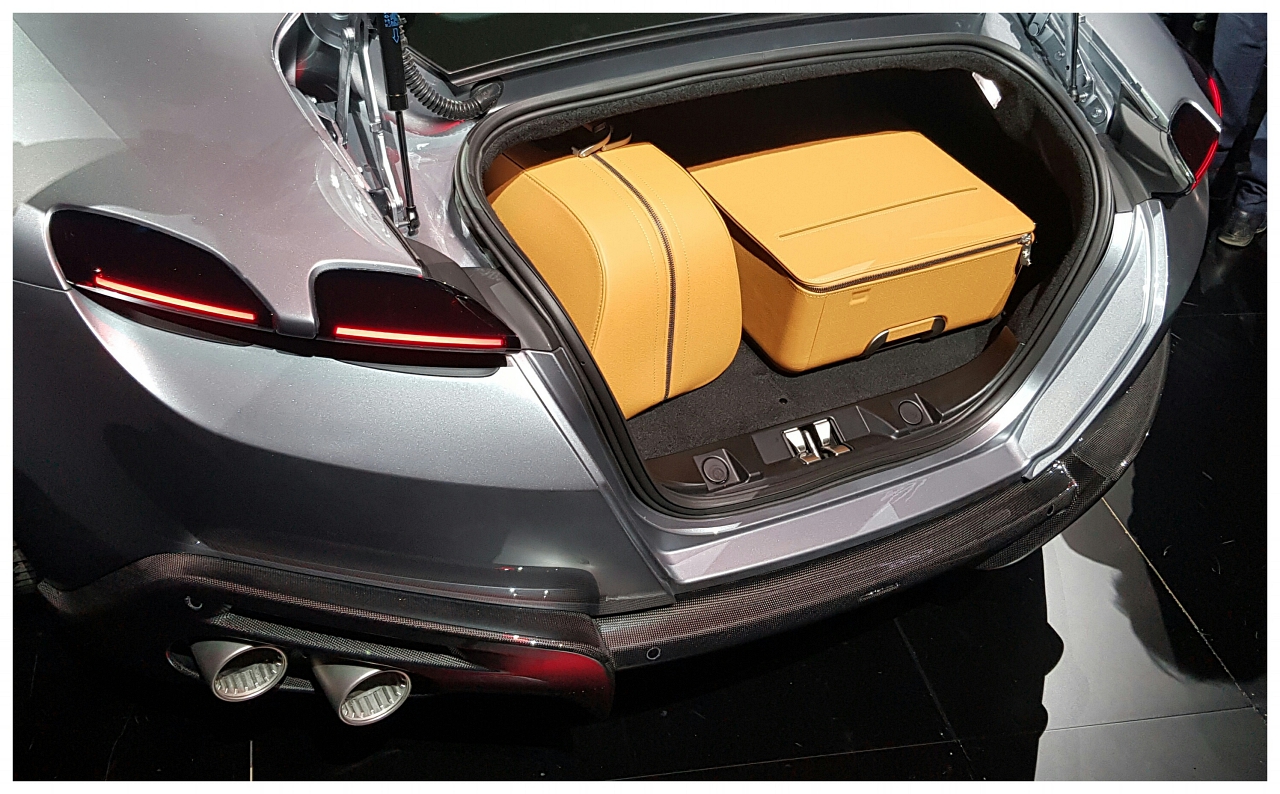 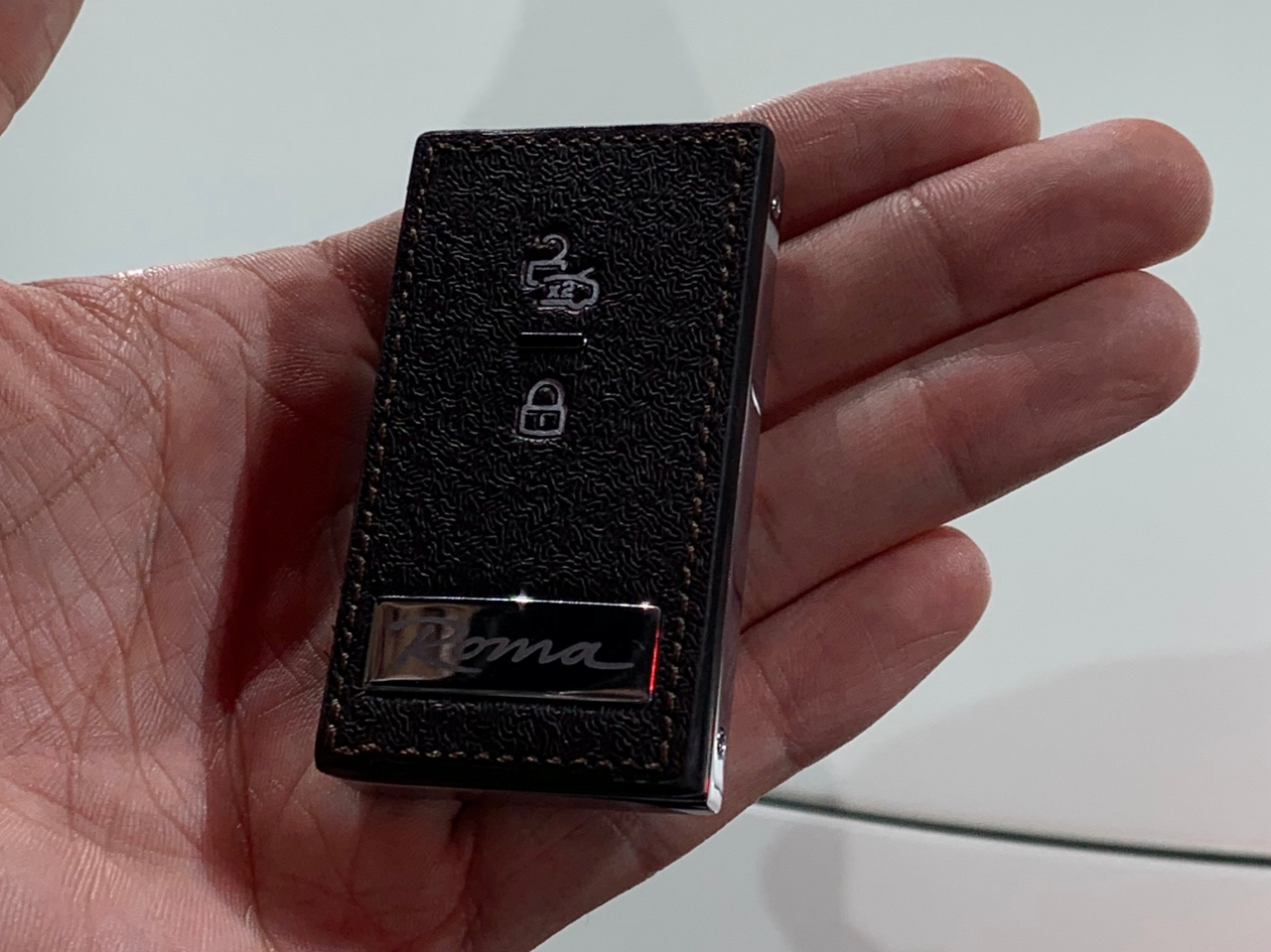 Rome, Italy – Is there a point to a Ferrari without all the aggro aero? According to Ferrari's Chief Marketing Officer, Mr. Enrico Galliera, at the launch of Ferrari's latest gran turismo, the Roma, "Yes."

He goes on to explain, "Many Ferrari clients keep telling us that they would like to have a car that is a proper Ferrari – a high-performance, emotional sportscar – but coupled with a design that is a bit more modern and understated; something they can drive every day and in different conditions, with friends or alone, on a winding road, in the countryside, or in the city centre."

In today’s flash society, not everyone will understand or appreciate a car as elegantly styled and as classically proportioned as the Roma, especially if you’re after something that better represents conspicuous consumption.

However, it is this very trait that sees the Roma appeal to a wide cross-section of buyers, which spans conquest sales, as well as existing supercar owners looking to add to their fleets of sportscars.

Is this concept of 'understated luxury' consistent with the brand's position, though? Mr. Galliera elaborates, "We went back to Maranello to figure out if it was consistent with the Ferrari name. After all, we produce sportscars that perform at the peak of technology. However, when we started looking into our history, it became immediately clear that what the clients/market were asking for was perfectly consistent with our heritage. Our cars from the 1960s were beautifully designed and very elegant, but they were also immersed in an environment that was very elegant and well-balanced – from the dressing and the way of living – this is what we mean by understated luxury. We started working on this and the result is the Roma." 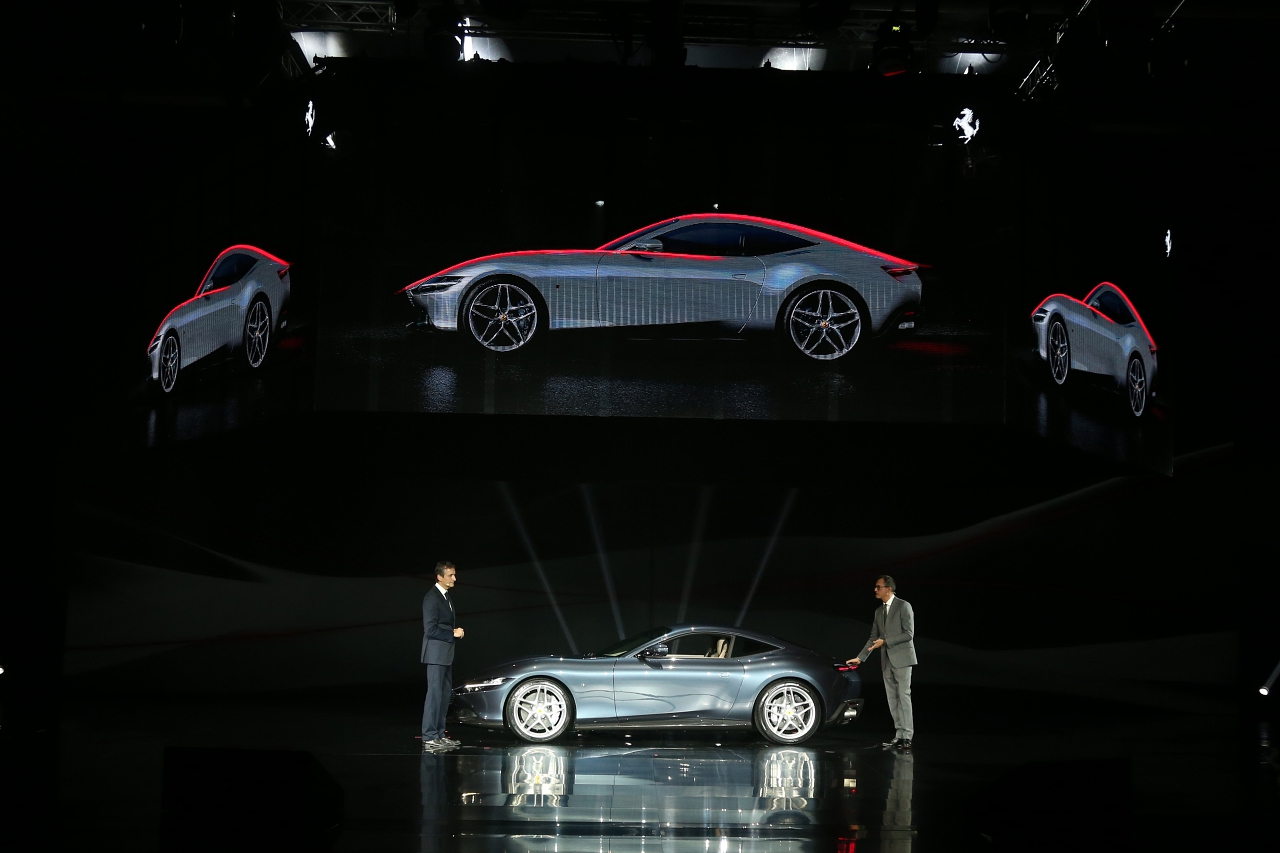 The Roma is the casual Friday of Ferraris – a casual Ferrari if you will –  a respite from a whole week of power suits and power plays, as you wind down for the weekend. Even then we're not talking about slopping around in boardshorts, a tank and thongs, but being impeccably turned out.

It isn't just intended to cater to newcomers to the Ferrari fold (as it seduces buyers away from Porsche, Aston Martin, McLaren and AMG), but was intended to fill a niche among the Ferraristi as well.

The owners with the big brother V8s, V12s or special edition models who want something compact, a little more laid-back and low-key to cruise around in, yet embody all the technical qualities they've come to expect from the Prancing Horse.

(Did someone mention 'special edition' Ferrari? Click HERE to read about the F12tdf)

And this is why the Roma has such classically beautiful, elegant proportions, especially in contrast to its fellow GT sibling, the Portofino, which is endowed with aggressive mini-812 looks (which in itself was intended to sway over buyers who felt the California – and subsequent California T – were too 'soft' in looks).

Besides, some people aren't looking for a retractable hard-top (with its associated weight penalties and distribution), but want a pure driver's coupe, so there's little reason why the Roma should impact Portofino sales. After all, in this segment, you wouldn't 'make do' with a retractable hard-top if you really wanted a coupe, nor would you 'settle' for a coupe if you really wanted a drop-top... 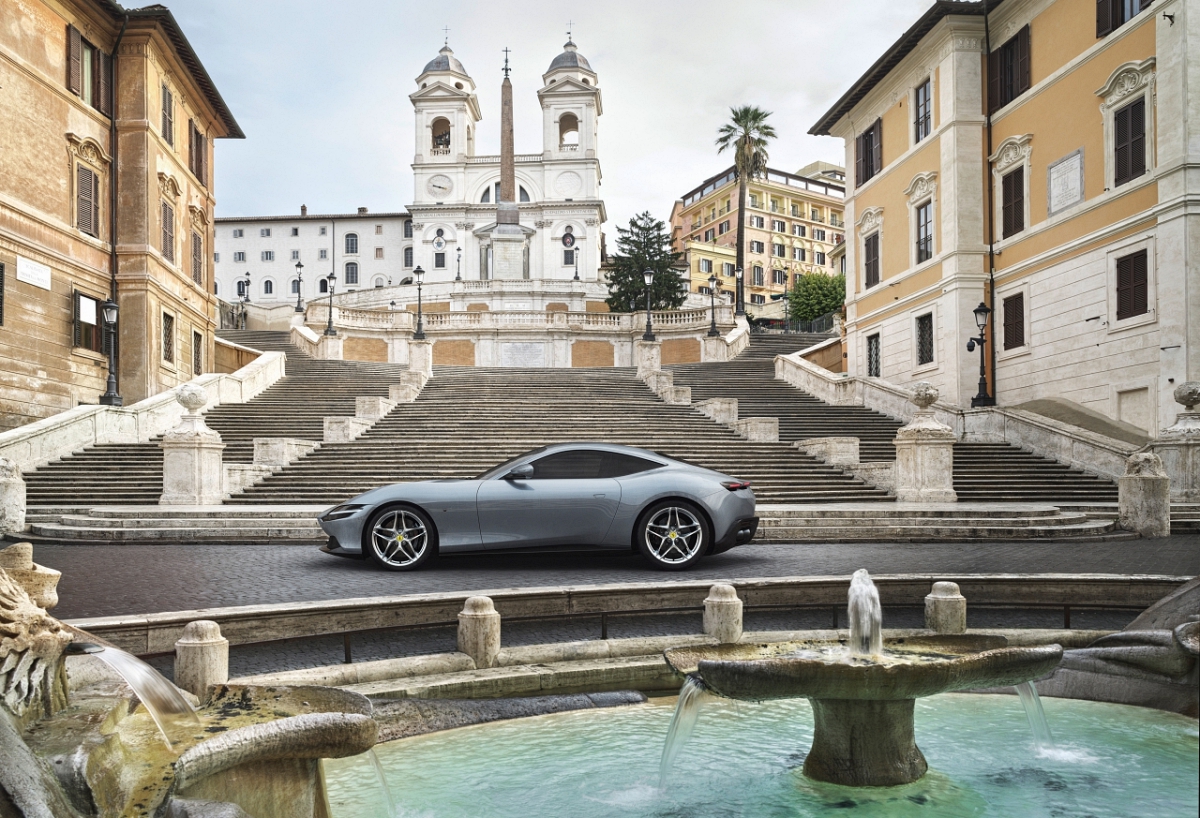 The Roma's proportions ignite a rush of nostalgia, and is particularly reminiscent of the iconic 250GT, but the 2+ fastback coupe is clearly a product of our generation, as opposed to being a 'tribute' model that is shackled to the past.

Ferrari's Chief Design Officer at the Ferrari Styling Centre, Mr. Flavio Manzoni, says "Think of the Roma as an F1 car in GT clothes that you can drive from the race-track to the opera in style. My team and I are constantly focused on understanding the brand’s DNA and then we look for ways to innovate and make new concepts that are very modern and contemporary. With the Roma, we wanted to have something pure, sophisticated and poetic; we wanted to be able to draw the car with a single stroke of the pen.”

The 2+ credentials befits a proper GT, and although my frame lets me settle reasonably comfortably in the rear seats, it also serves a convenient function to allow the quick ditching of jacket, briefcase, shopping bags and even the kiddos for short jaunts, something you wouldn't be able to do with any of the other models save the GTC4Lusso and Portofino (for now!). 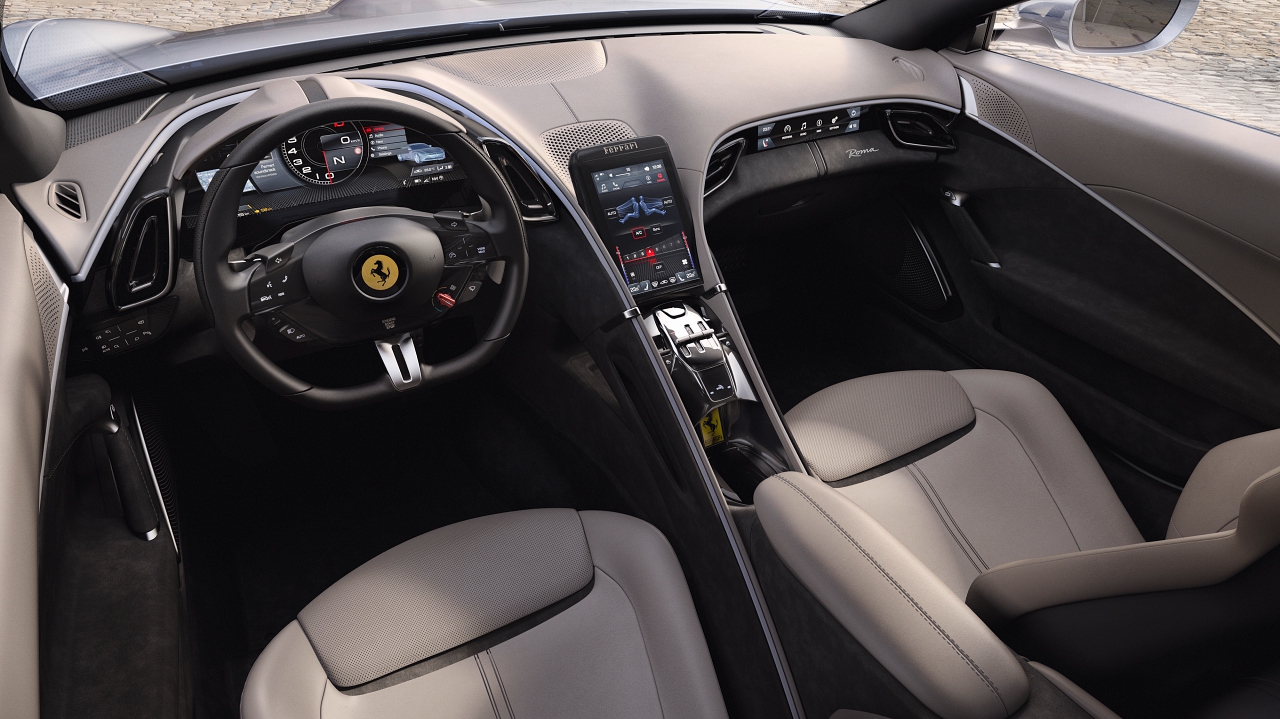 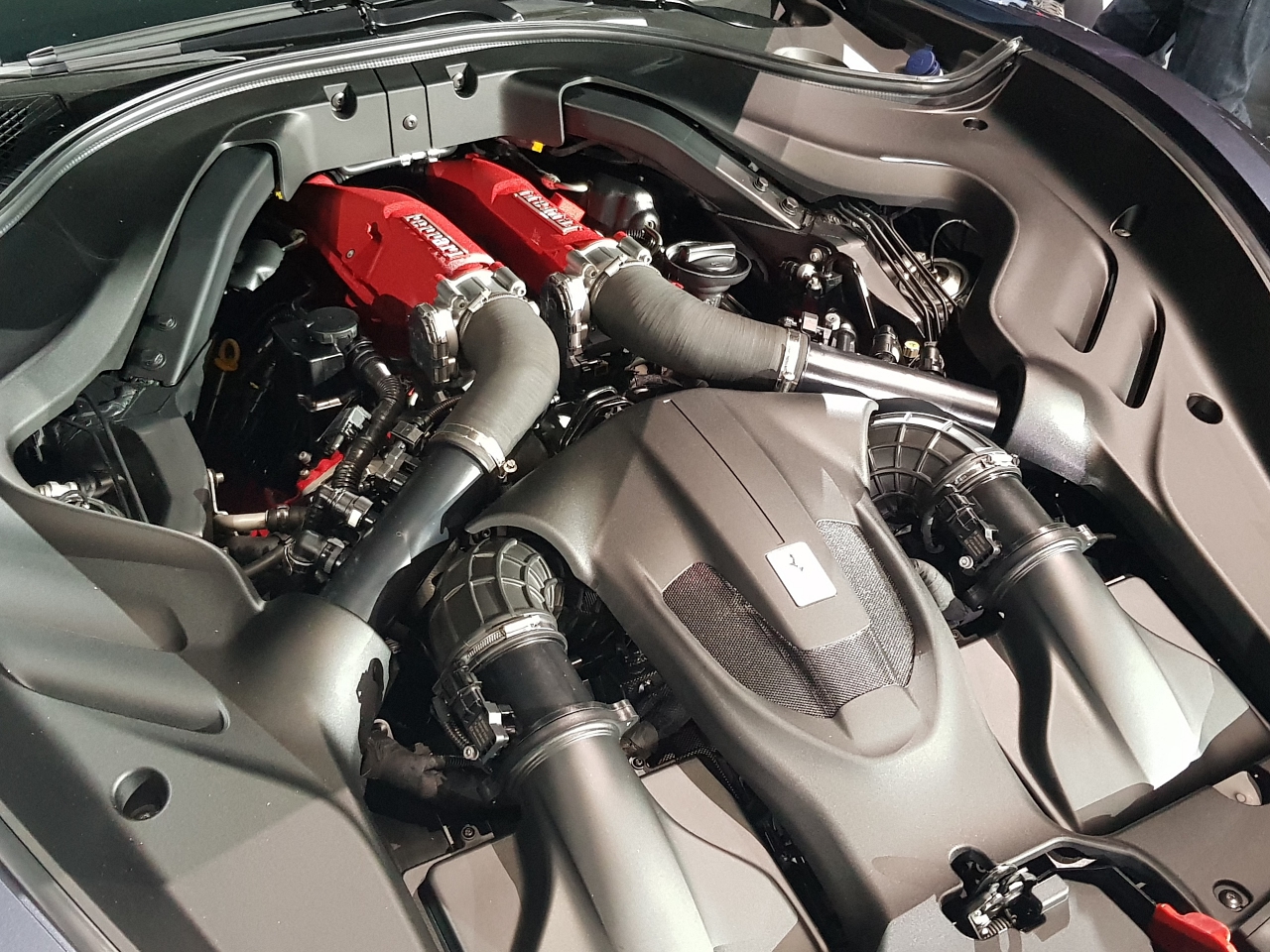 The Roma isn't just another pretty face either: Powered by Ferrari's award-winning twin-turbo'd V8 for a devastating 620hp and 760Nm, it tops out at over 320km/h and will demolish the 100km/h sprint from standstill in 3.4secs.

The 8spd dual-clutch automatic is all new, and 6kg lighter than the Portofino's 7spd DCT. The shifts from the 8spd aren't just smoother, but the gearbox also returns reduced emissions and fuel consumption.

Dynamically, the Roma gets Side Slip Control and FDE (Ferrari Dynamic Enhancer) from the 488 Pista and the F8 Tributo – firsts for a Ferrari GT model – and a five-position manettino dial to control the drive settings (including Race and CT Off modes), just like its big brothers.

The digital cockpit is inspired by the SF90 Stradale's, Ferrari's first regular production hybrid, and includes a 16-inch wraparound instrument display, a centre vertical 8.4-inch console and a passenger display. It's certainly been a busy 2019 for Ferrari, as the Roma is the fifth new model launched this year, following hot on the backs of the 488 replacements, the F8 Tributo and F8 Spider, the brand's first regular production hybrid petrol-electric SF90 Stradale and the gorgeous V12 convertible, the 812 GTS.

No price was available at the time of writing, but as a point of reference, the Portofino starts from S$855k before COE and options – we’re told the Roma will be priced at a slight premium to the Portofino, but if initial interest is anything to go by, Ferrari could have another winner on its hands.

Ital Auto – Singapore's Ferrari dealer – tells us there has been a flurry of interest for the Roma even though it hasn't started collecting deposits yet, and a majority of the interested parties are coming from outside the Ferrari fold. Gaze in wonder inside the GTO Engineering workshop

Fancy a behind-the-scenes wander around the classic Ferrari fettlers' HQ?