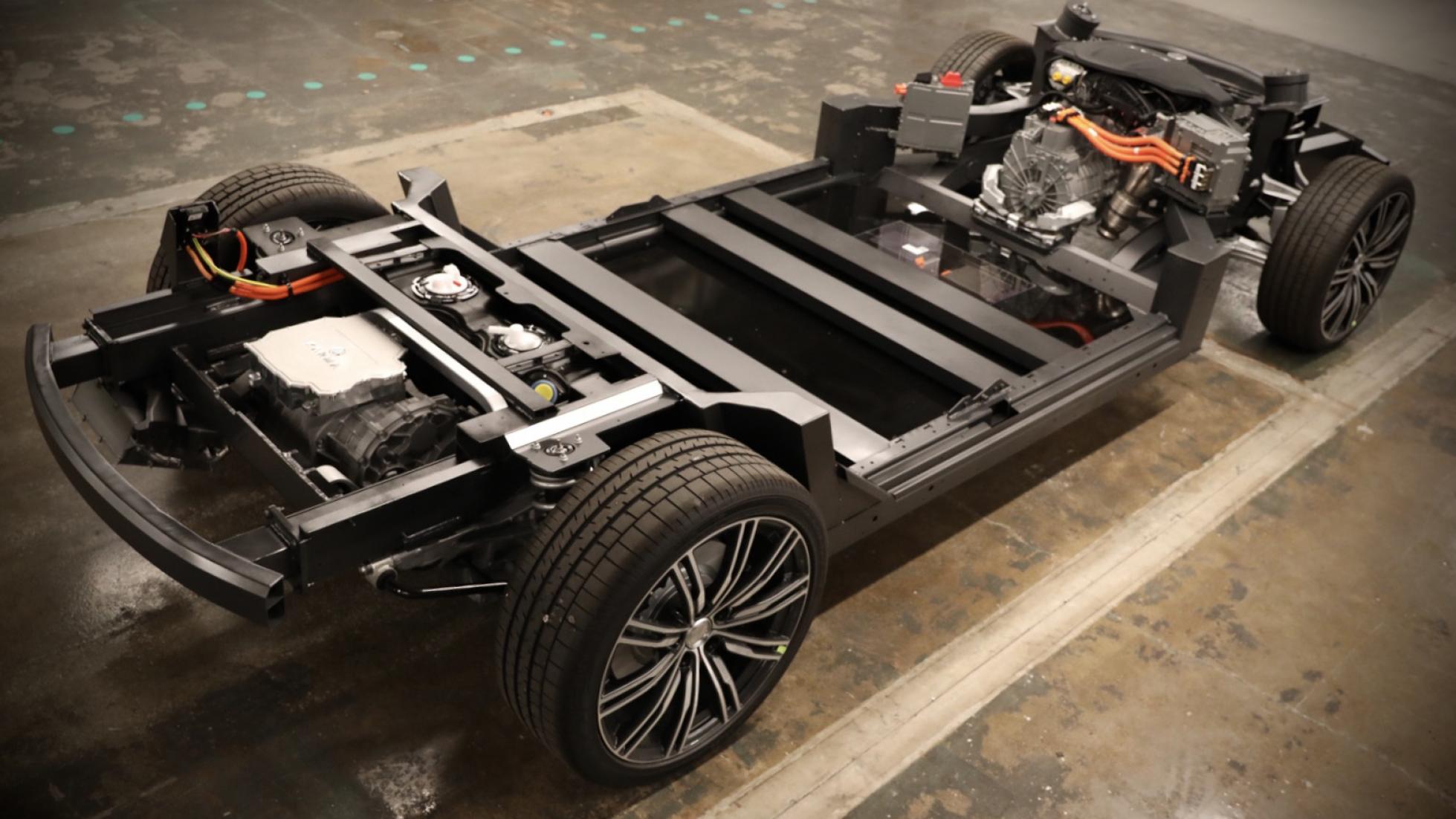 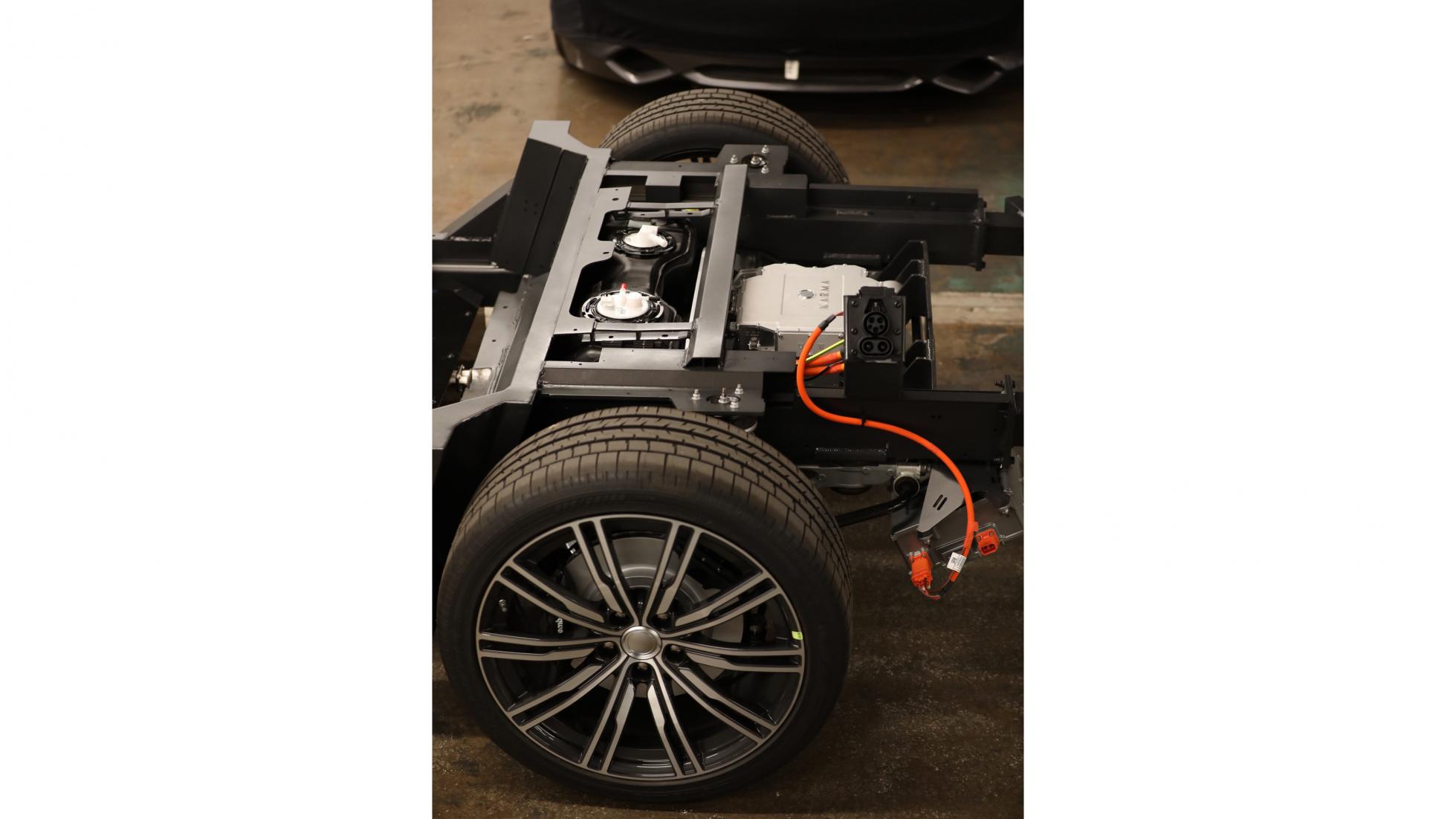 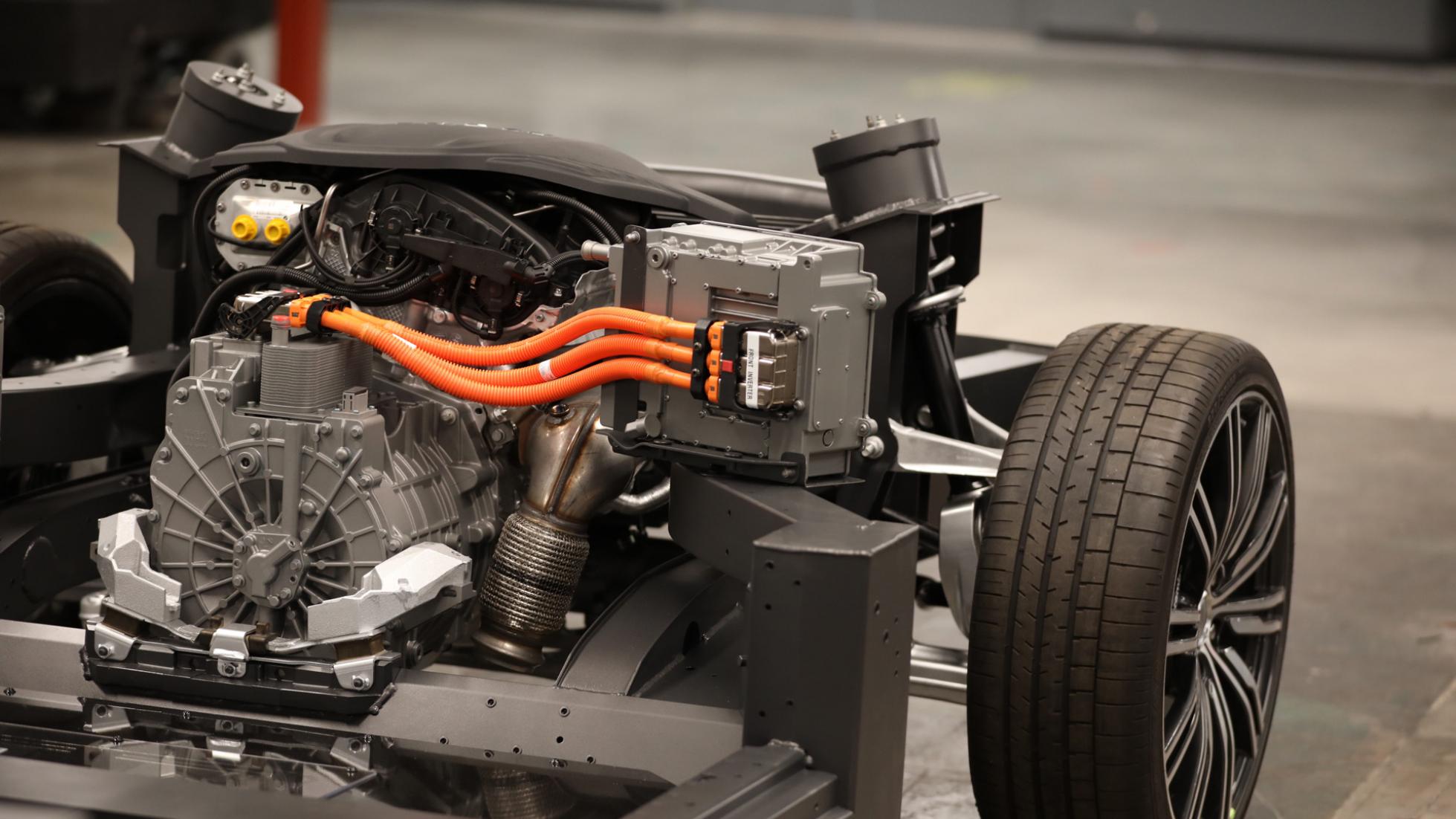 Recently, Karma has been filling our timelines with news of a whole host of different platforms that it hopes to sell to companies looking for the cheat codes to build an electric or hybrid vehicle.

Most of them have been designed for vans and other delivery vehicles (like the Tesla Cybertruck perhaps?!), although one was a pretty mega supercar platform with all-wheel drive and four electric motors producing 1,100hp. Nice. Apparently, it could even be used for the SC2 concept we first saw in November last year.

What you see above, though, is the fifth and final platform in the ‘E-Flex’ series. Karma says this one could be used to build an electric SUV (boo) or work-horse pick-up truck (woo).

In its pure EV form, the platform features a twin-motor all-wheel drive setup and an 80kWh battery that can provide 385km of range, but Karma also says that this can be combined with a range-extending engine for a total range of almost 800km. Impressive.

There are no power figures just yet, but most of the components and tech has come from the company’s Revero GT (previously known as the Fisker Karma) and as such has undergone over a million kilometres of testing.

So, what do you think, Internet? Which carmakers should have a think about building a hybrid pick-up?