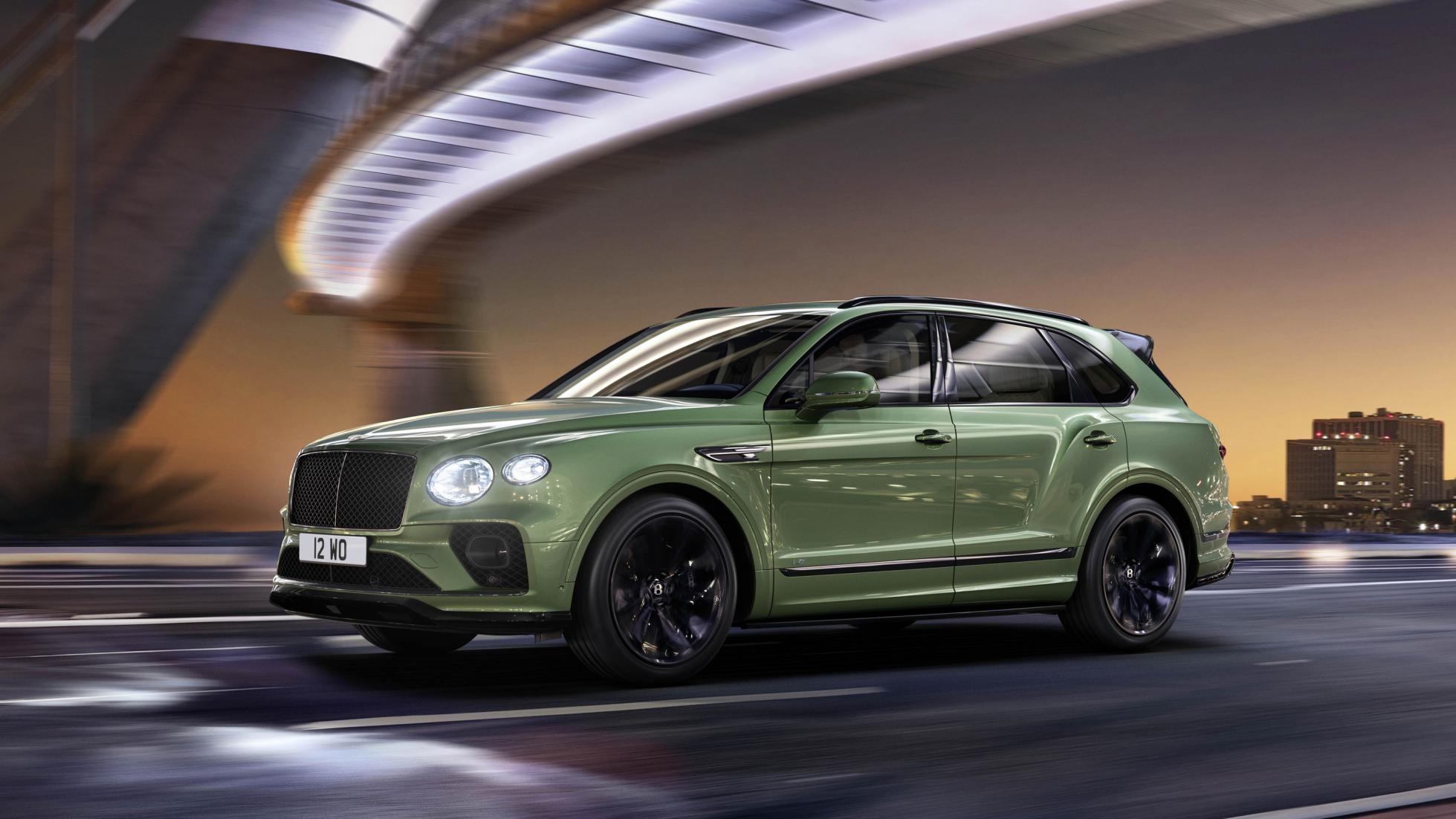 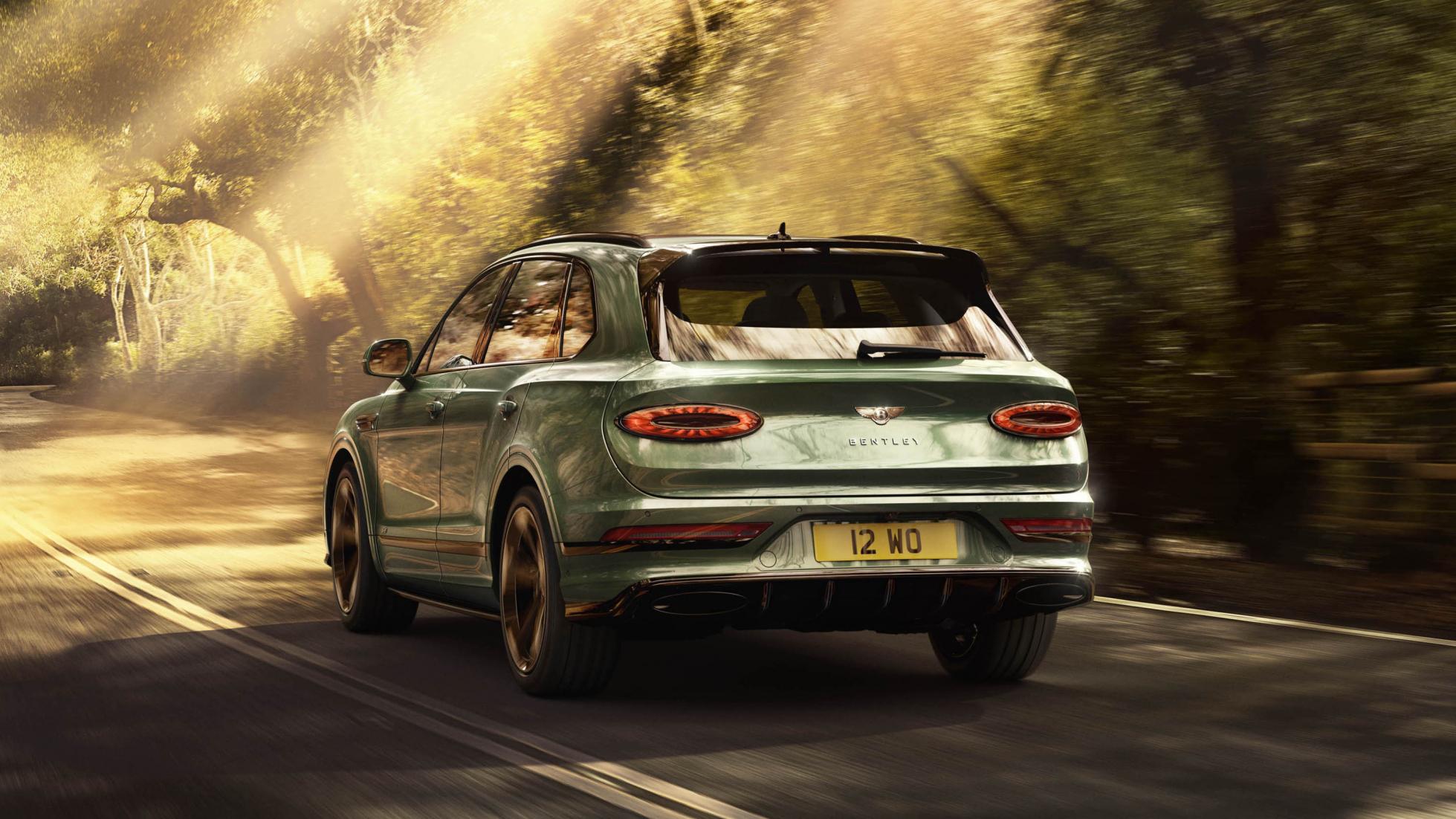 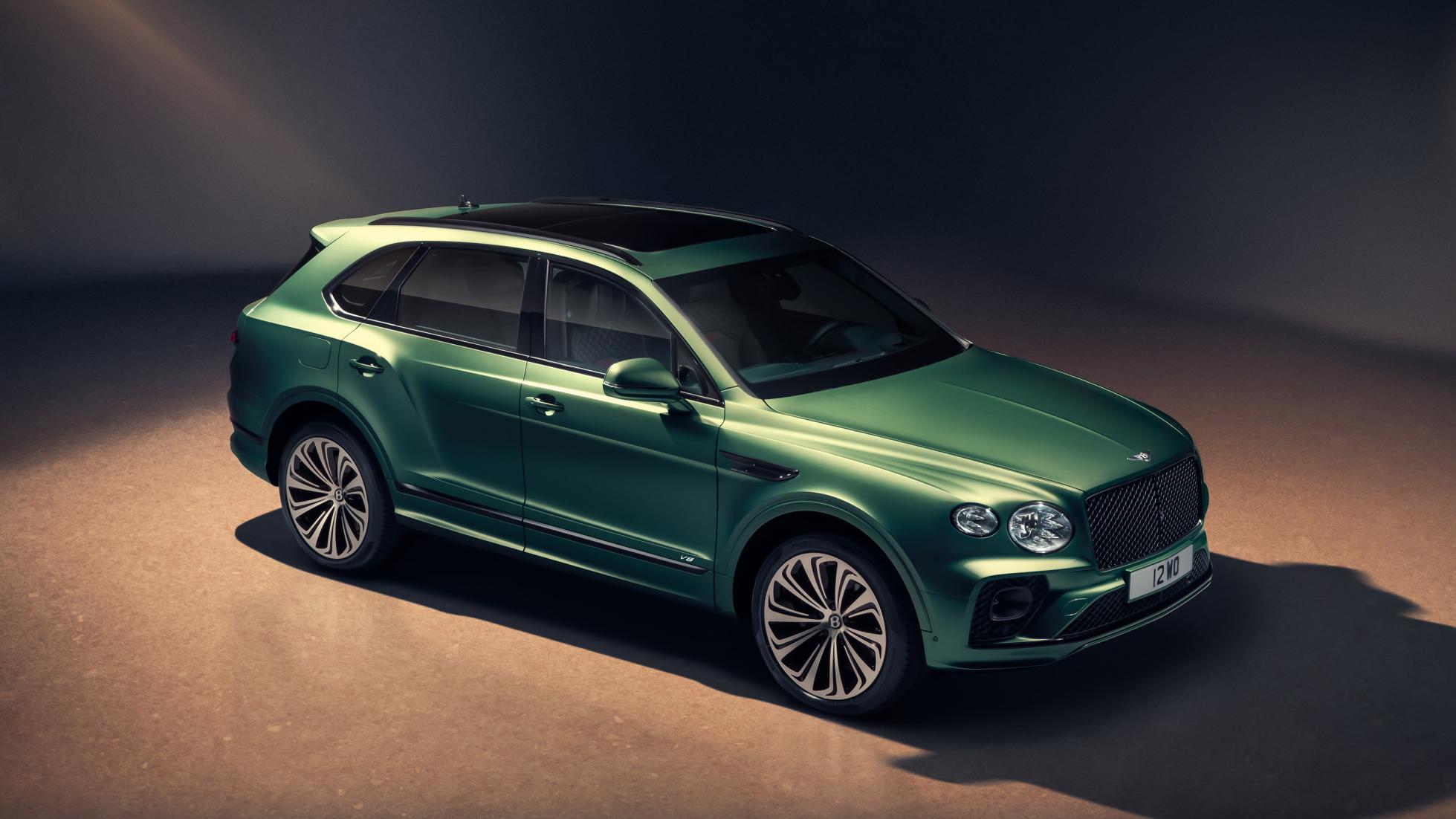 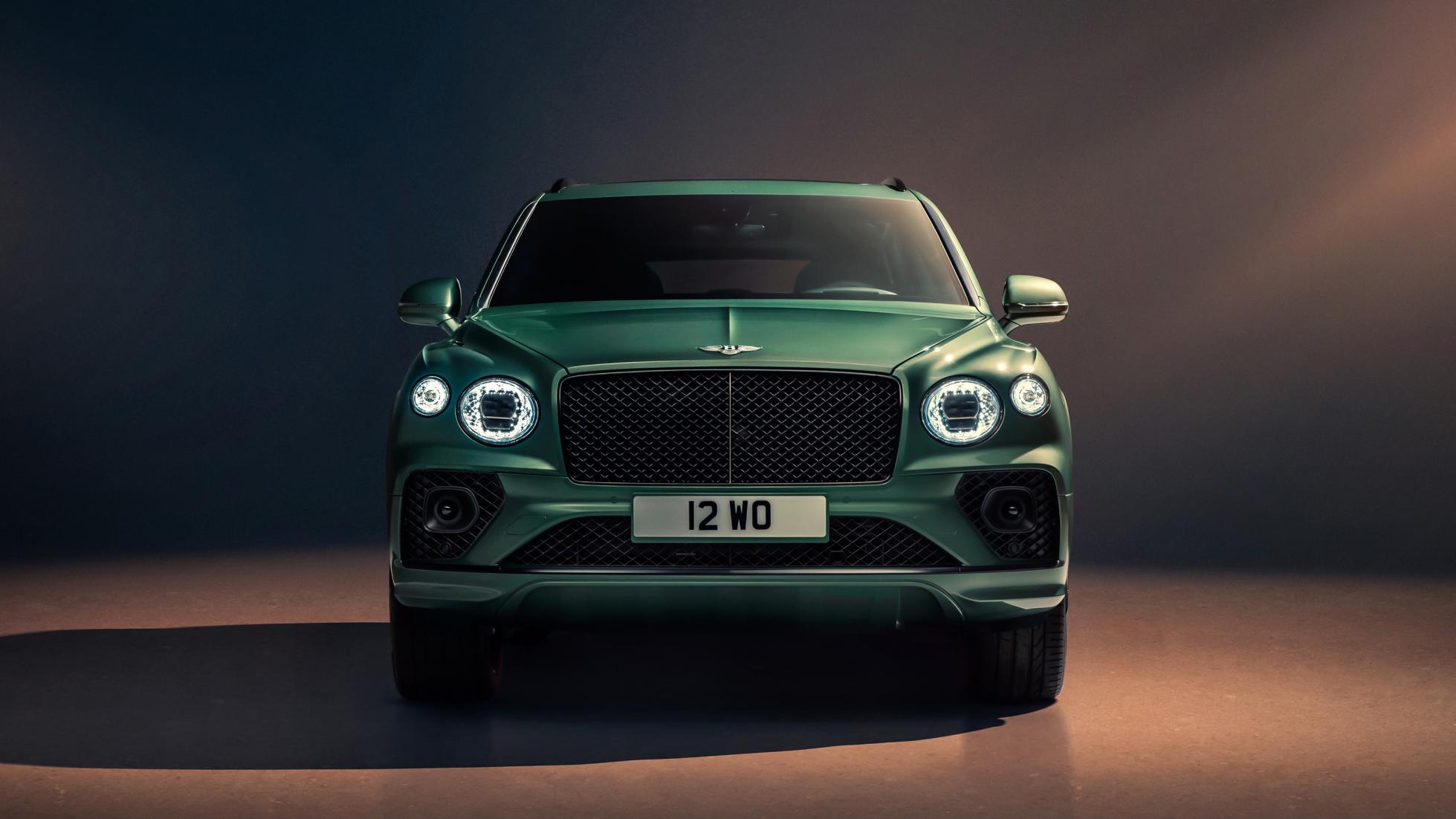 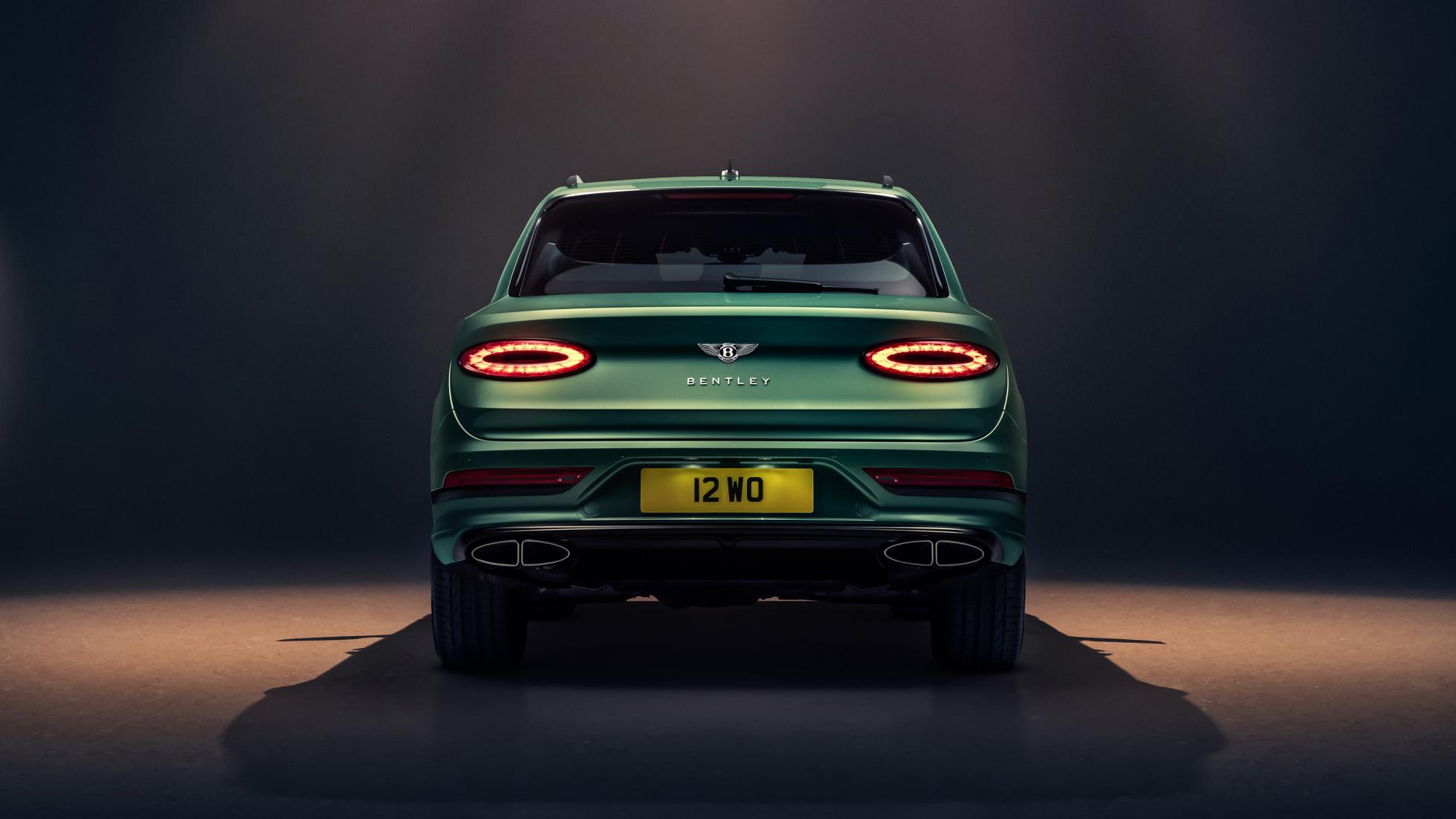 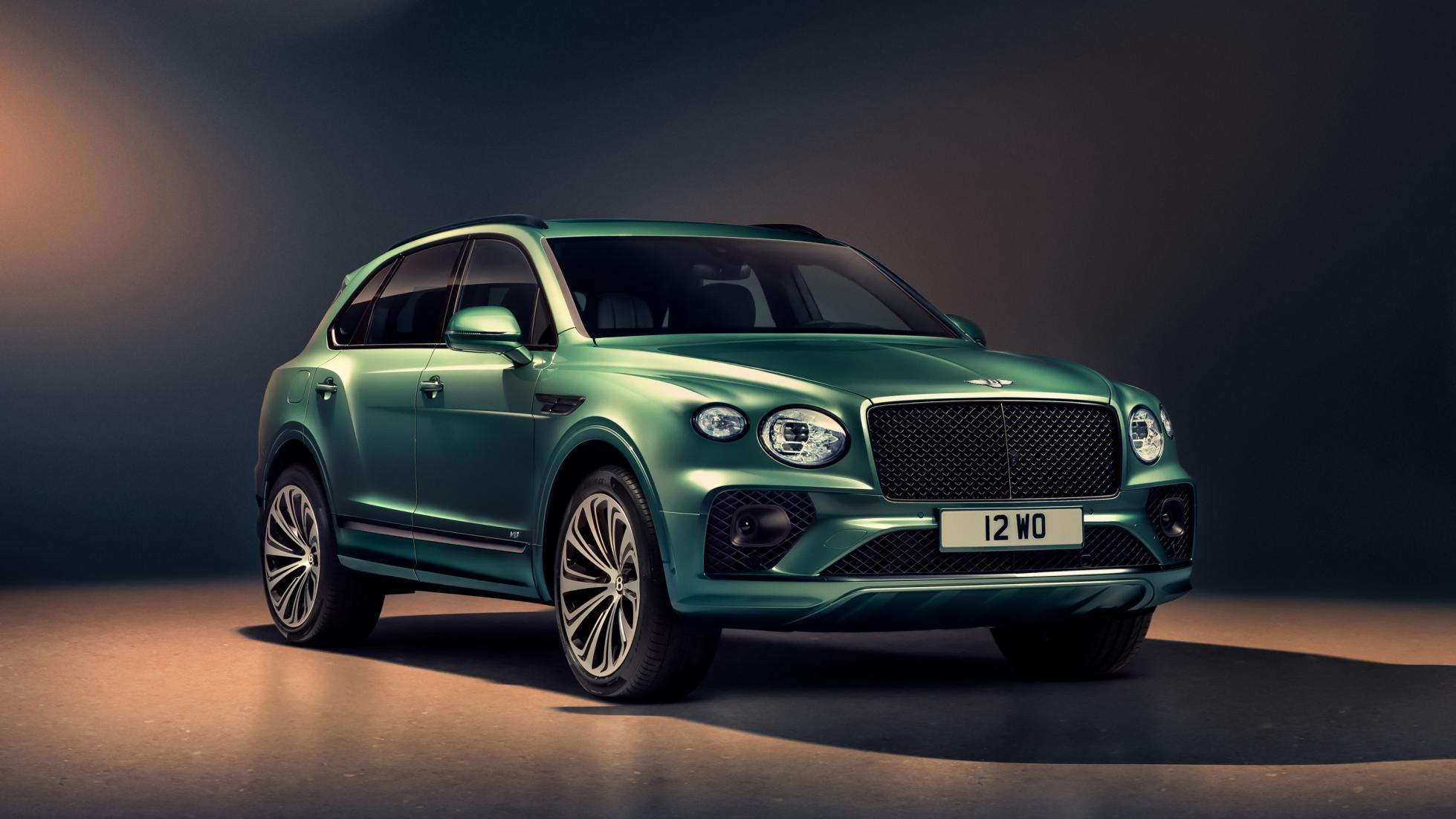 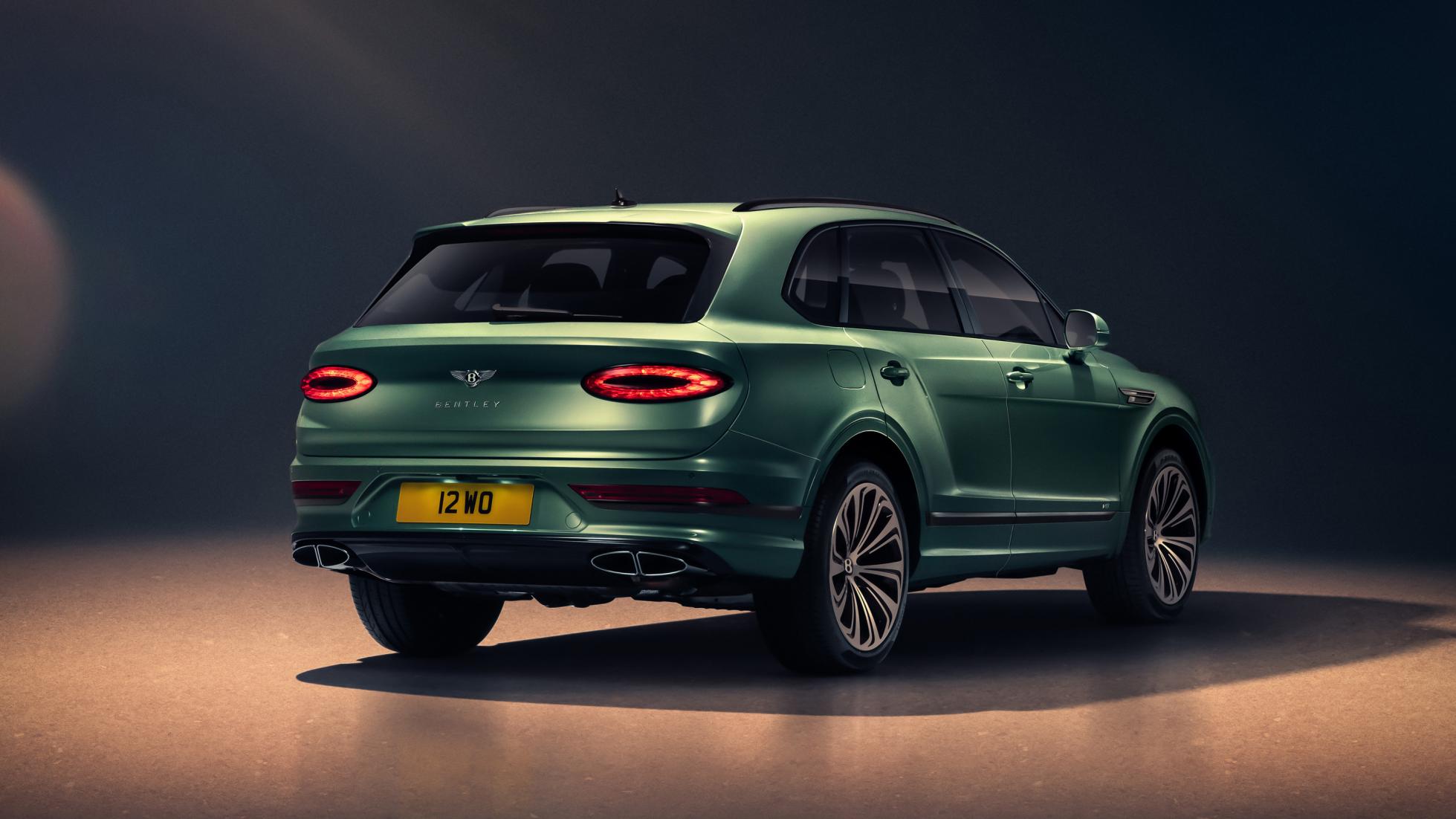 What do you do when your SUV is criticised for being too bold and in-yer-face?

If you’re Bentley, you go ahead and embolden it some more. Apparently, owners love the Bentayga’s vertical face and stern features, so the designers have doubled-down for the facelift.

And there are a lot of owners. Bentley sold 5,000 of them in 2019 alone, which is a sizeable portion of the global 11k market for the super-SUV set that also includes the Rolls-Royce Cullinan and Lamborghini Urus. Neither of which are known as shrinking violets.

Most of the change is at the front, where we find yet-bigger lower and upper grilles and an even more vertical brow. The bonnet shut-line now nestles against the grille, giving it a more seamless look.

The headlamps, with their rather lovely cut-glass detail, sit higher too. They’re now the adaptive-matrix LED type, and have heated washer jets.

There’s been work on the stance: the old one billowed out over its wheels. It’s rectified here, getting the tyres to lie flush with the arches.

Two opposite methods were used to get that effect. The front wings sit 10mm further in, whereas at the back it’s done by moving the tyres 10mm further out.

Round the back, the clusters have gone oval, and get the same sort of detailing as the headlamps.

Whatever you thought, and still think, of the outside of the Bentayga, indoors has always been a lovely place to be. It’s even more roomy and comfy now, thanks to re-shaped seat frames.

And arriving at a definitive spec on the configurator gets harder, with more choices of gorgeously worked lumber’n’leather. 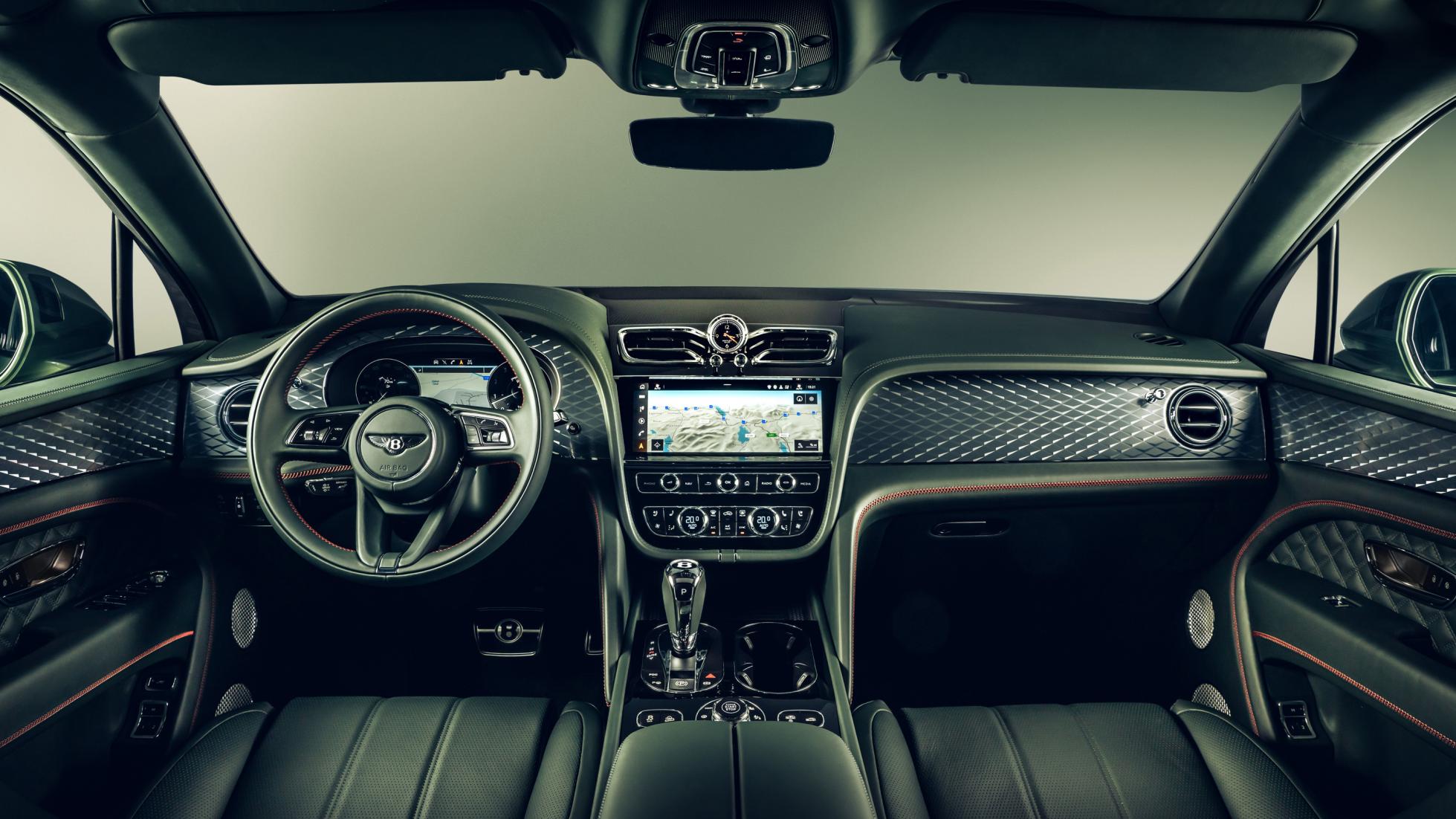 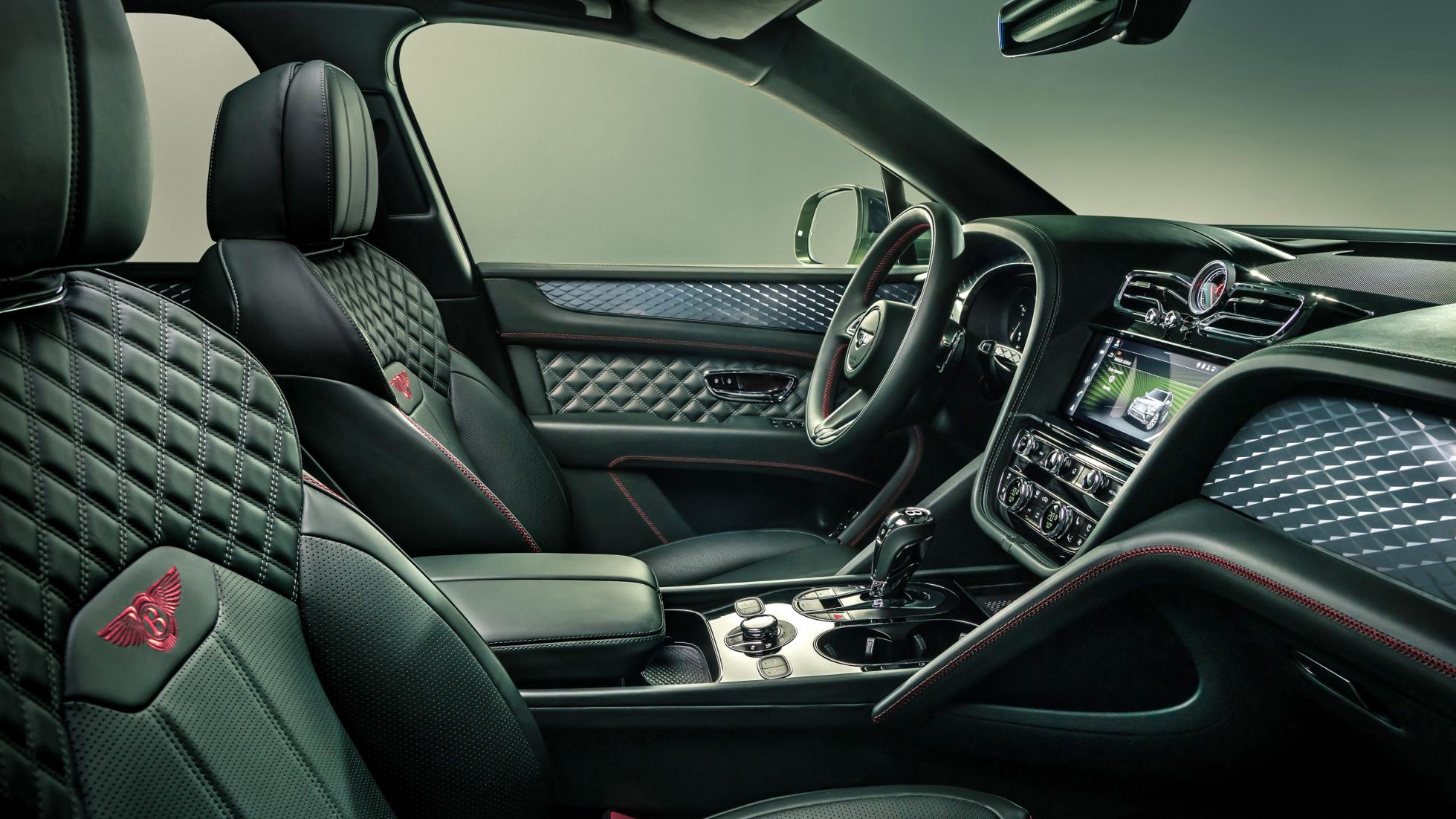 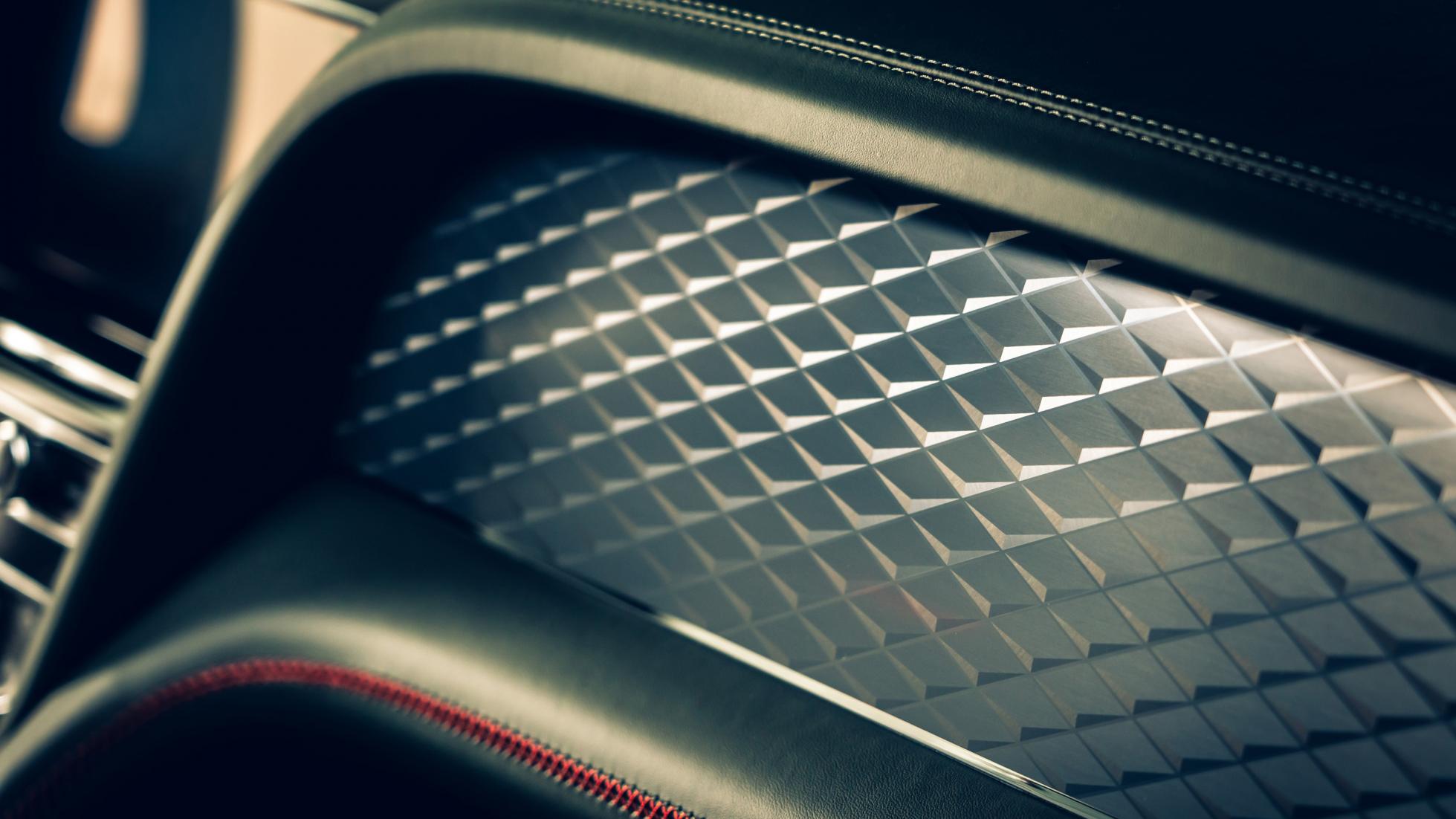 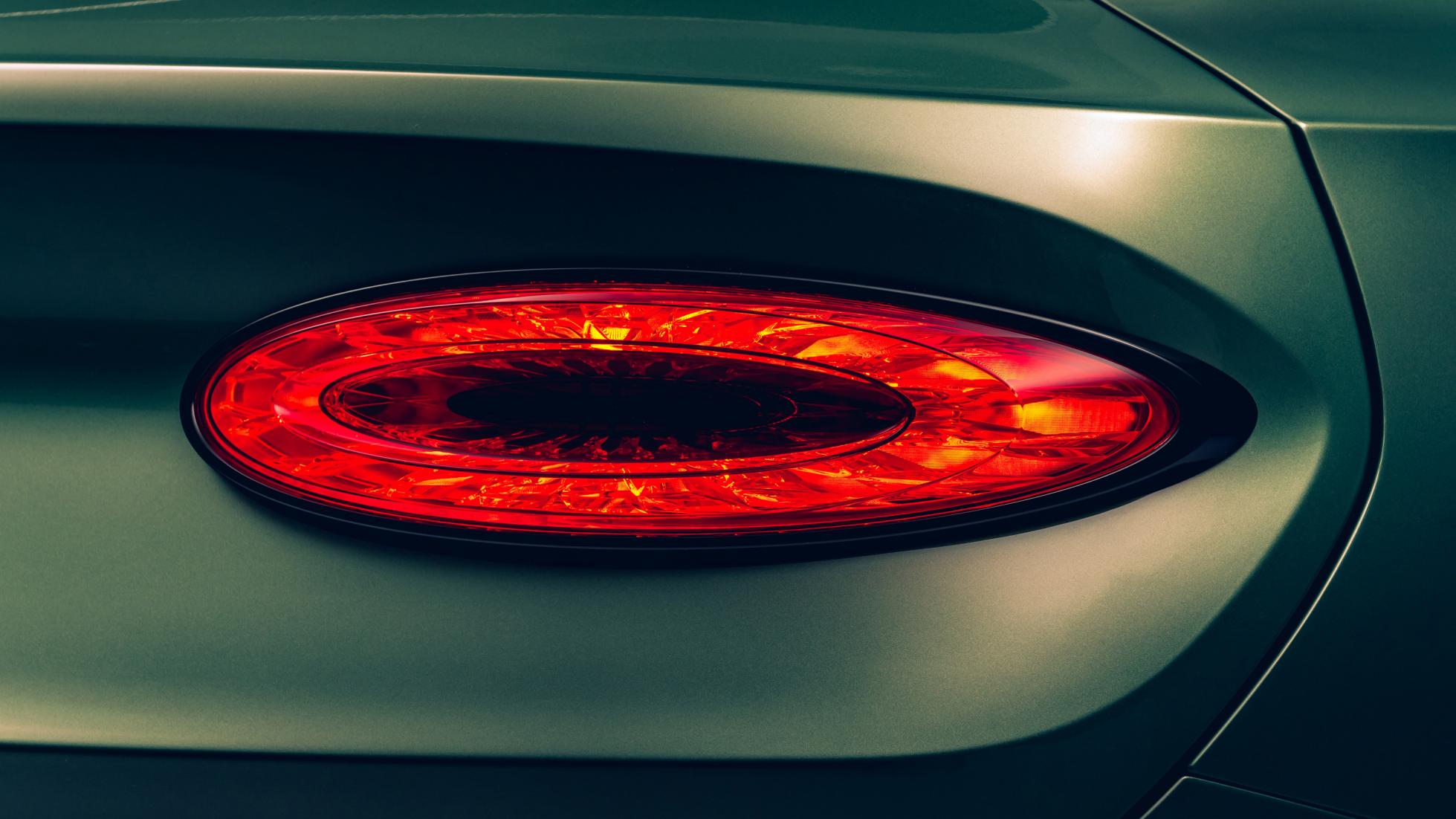 The tech of course has an update, with a digital instrument pack the obvious change.

If pointless - we liked the old dials. But a bigger, better HUD and high-def centre screen are worthwhile changes. It also adds top-end connectivity and tablet control for backseat riders’ entertainment.

Seat numbers start at five, but you can go for four with a lux console in the centre-rear, or seven with a pair of jumpseats behind.

Everyone will breathe easy: the cabin air is now ionised, so dust and particles stick to the surfaces before they go up anyone’s nostrils.

Guess that leaves the dash and doors needing a dust-off, but it’ll keep one’s valet busy.

There are few mechanical changes, but that 20mm growth in rear track width is also supposed to help steering and ride.

The mainstream engine is still the 550hp V8. A PHEV arrives later this year, plus a W12 Speed – world’s fastest SUV folks, at 305km/h.

But the dynamics were never a problem with the Bentayga. You can see why people use them as GTs – they go like blazes, but thanks to the active roll stabilisation they manage to combine decent cornering with a relaxing ride. All Bentleys will be hybrid by 2026. Here's one of them