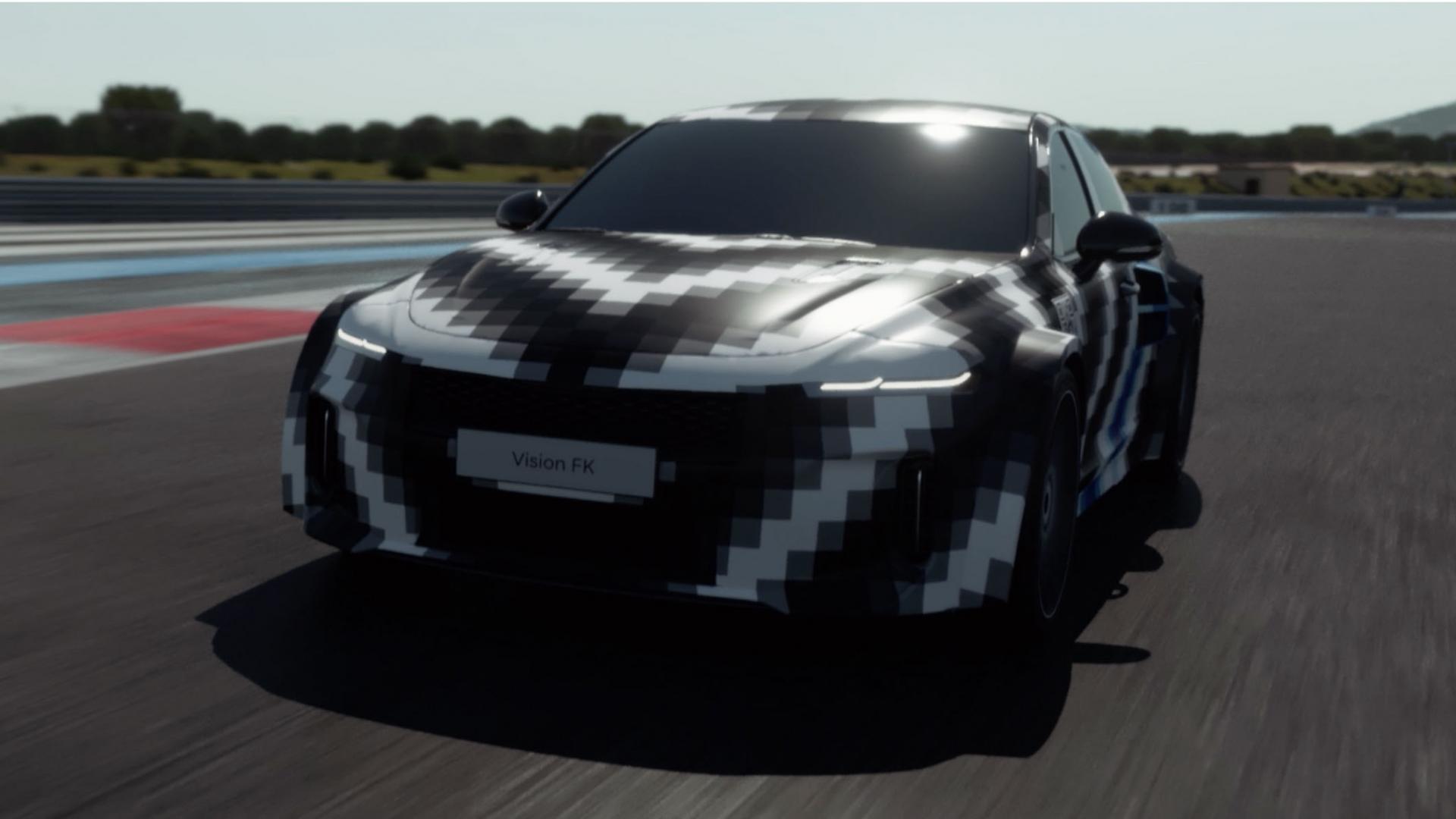 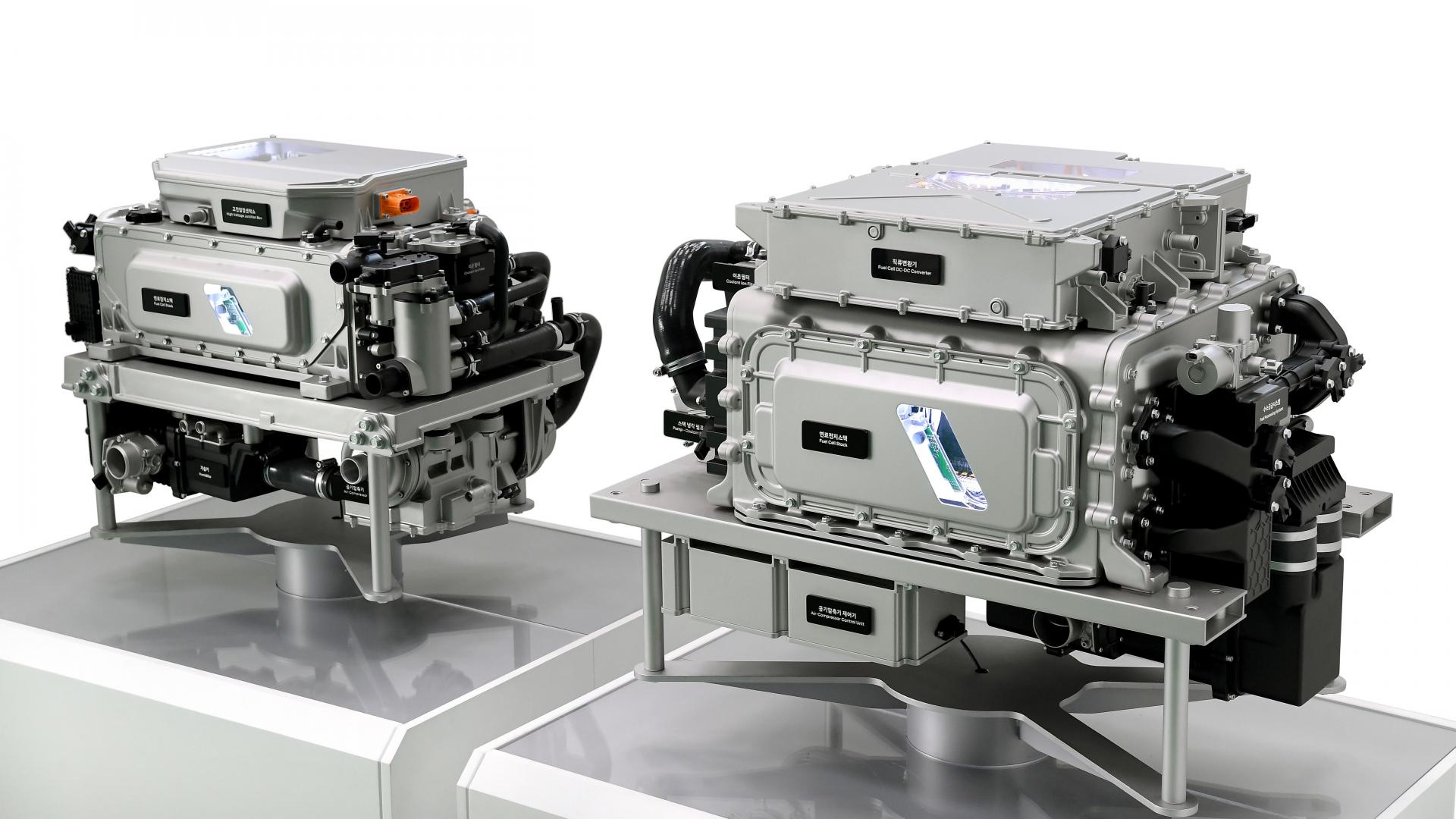 The Hyundai Group has outlined the next phase in its massive push towards widespread fuel-cell use. And to get our attention, it has shown a prototype fuel-cell sports car whose battery and electronics systems come from Rimac.

The Vision FK has an output of about 680hp, and can crack 0-100 in less than four seconds. Range would be 600km approximately. A fuel-cell is good for steady output and rapid refuelling. Also the fuel-cell stack and tank are together lighter than a big battery. But it needs some battery to buffer its power for the peaks of max acceleration.

So he turned to Rimac for that part of the system, as well as the electronics. Hyundai owns 12 per cent of Rimac Automobili.

The battery can be plugged in, keeping the car mobile even when there's no hydrogen to be had.

The car is disguised for the moment, but we can't help seeing a bit of cut'n'shut Kia Stinger in the panels.

Biermann was of course coy when asked about its production future. "It's technical overkill but an exciting challenge. This is our rolling lab project where we challenge our engineers, and we drive technology forward. The packaging of this vehicle, a combination of high-powered battery system and fuel cell, is very challenging. And our in-house EGMP EV system is not suitable."

But he said the company, which includes the Hyundai, Kia and Genesis brands, is "preparing this project for sportscars. We are even thinking about going into motorsport with fuel cells".

So how big is the Group's commitment to hydrogen? Mahoosive. The event was called "Hydrogen Vision 2040". It's already building factories that will be able to turn out 700,000 hydrogen fuel cell systems a year by 2030. Those aren't just for cars, mind. It expects them to power trucks and buses (it already has thousands of them in commercial service) plus ships and stationary generators.

The company's fuel-cell chief Saehoon Kim said that by 2030 he expects a fuel-cell car can be made and sold at the same price as a battery-electric one. That's even allowing, he said, for the projected fall in pure EVs' battery cost. He should know, as his company is a leader in both.

He unveiled the Group's latest modular FC system, in two sizes, 100kW (136hp) and 200kW. They can be mounted together for heavy vehicles, and a group of 10 would make a 2MW generation system.

He says that it costs just one-fiftieth of an equivalent in 2003. Yup, a 98 per cent reduction. And that's just through the use of cheaper materials and simpler construction. Even more cuts will come when they are able to use mass-production methods. So will durability, so they can run for 965,000km in a truck.

Trucks are one of the first and best uses for fuel cells, because they need high payload and a heavy battery erodes that. They also need long range quick refuelling, and that often happens at a depot where a hydrogen station makes sense.

Widespread opinion in the commercial vehicle space (the only prominent voice in opposition is Elon Musk's) is that battery-electric is good for city delivery vans, and FC for long-haul heavy trucks.

Hyundai Group chairman Euisun Chung emphasised a hydrogen economy isn't in competition with direct electricity. "Hydrogen reduces the constraints on renewable electricity  – storage and intermittency. No company or government can do this transition alone, but we couldn't take a back seat." 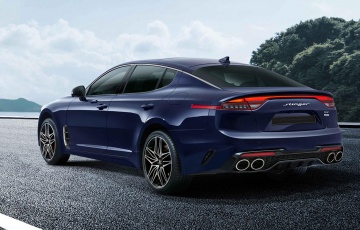 Your Kia Stinger can now have a rear wing 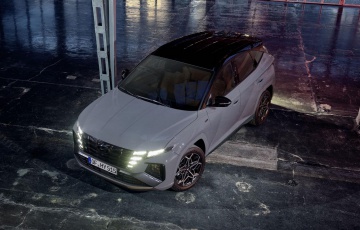 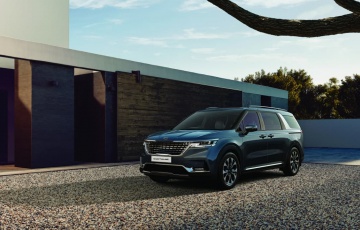 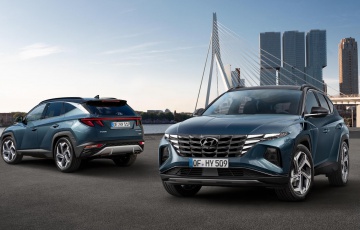 The new 2021 Hyundai Tucson has a very bold face

Hyundai’s small SUV gets angry for its fourth generation