The Mercedes Vision EQXX has driven over 1,000km on a single charge 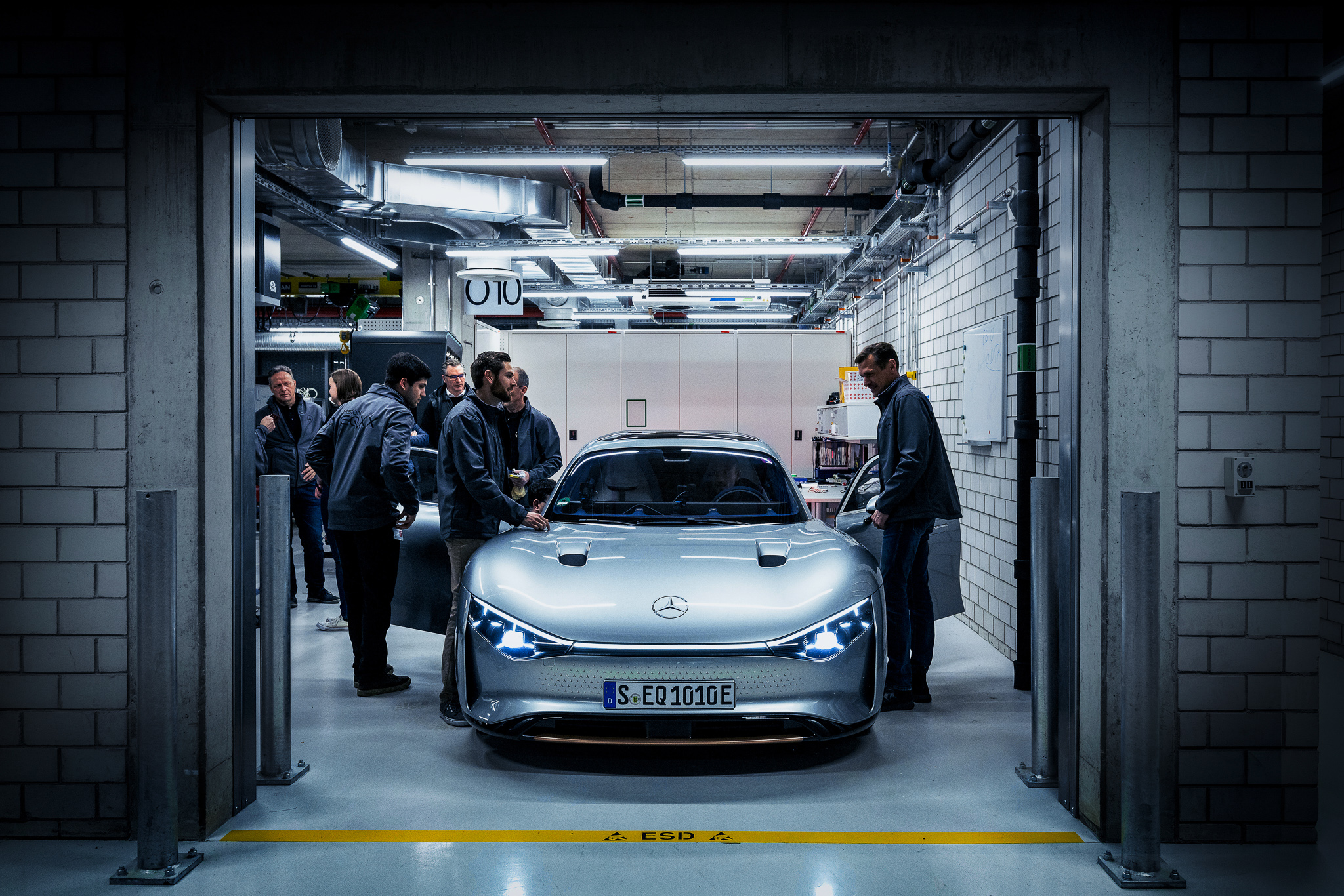 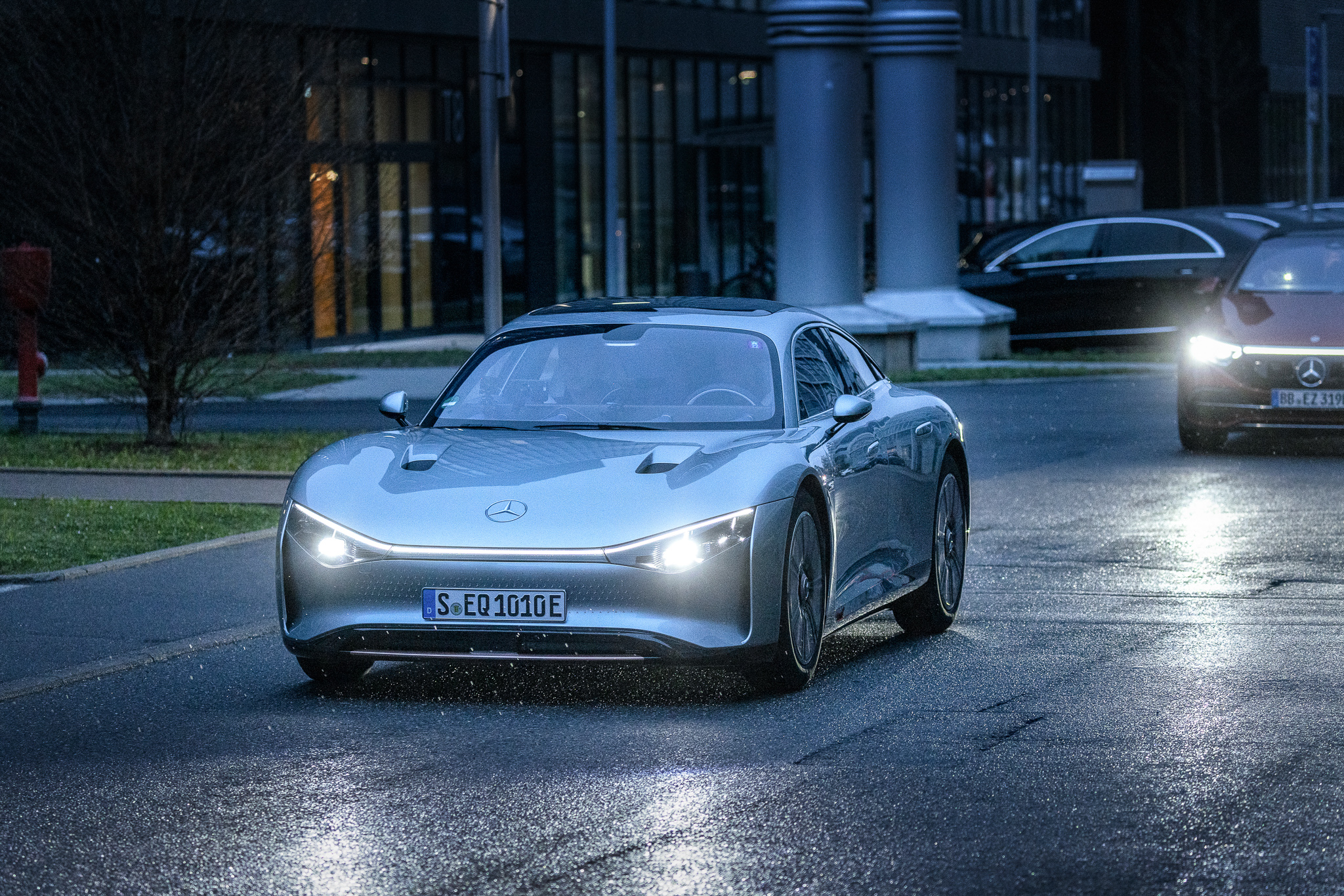 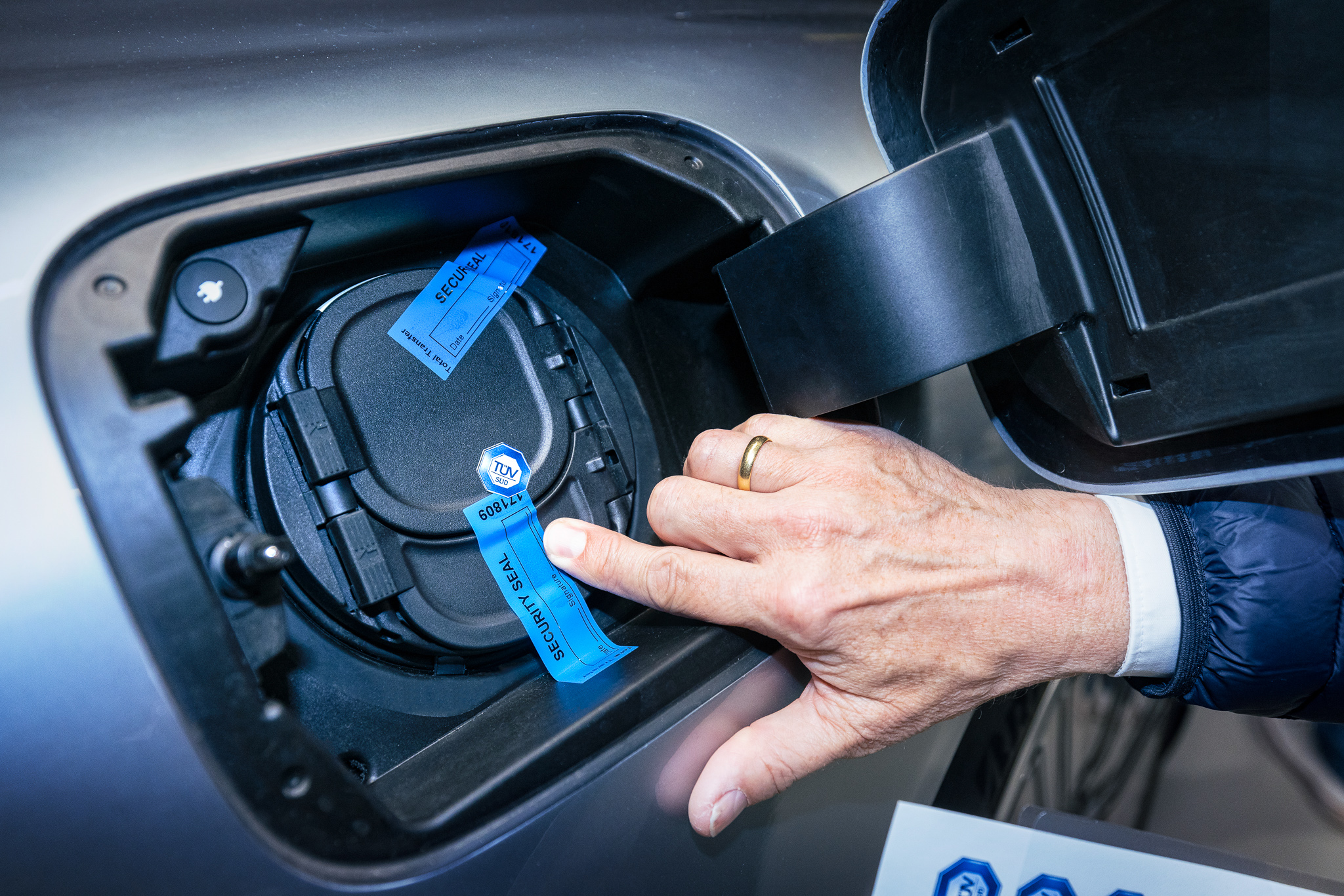 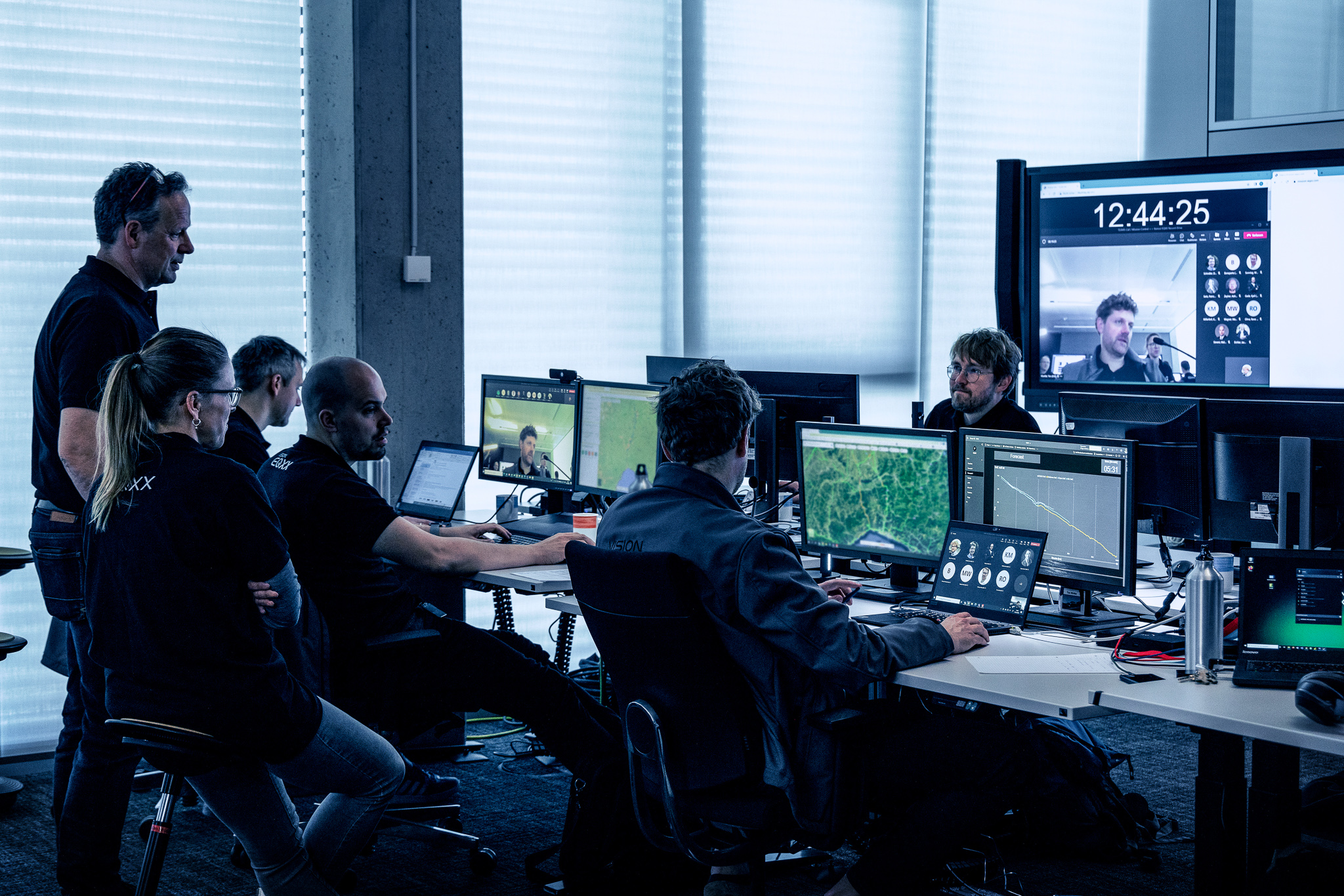 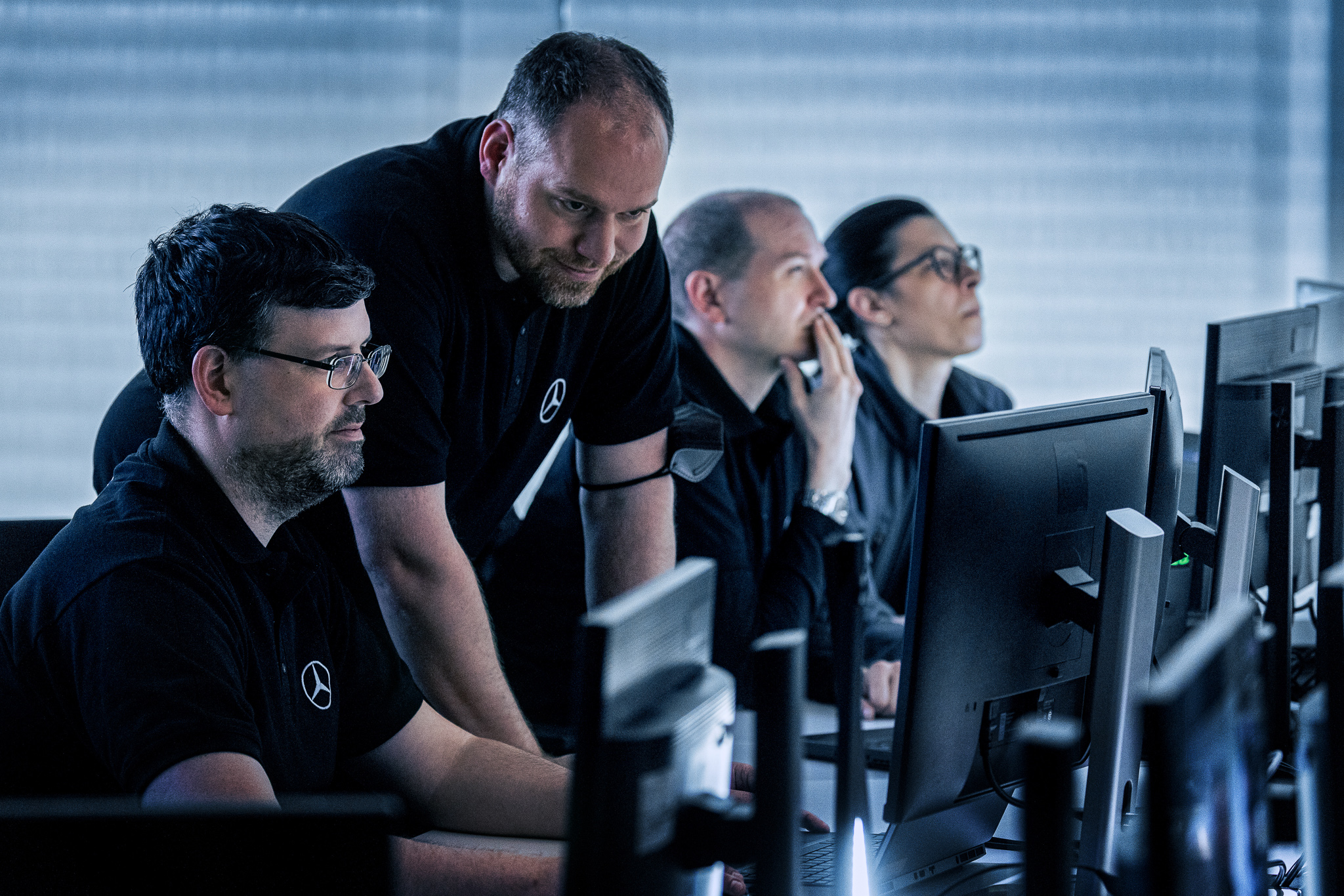 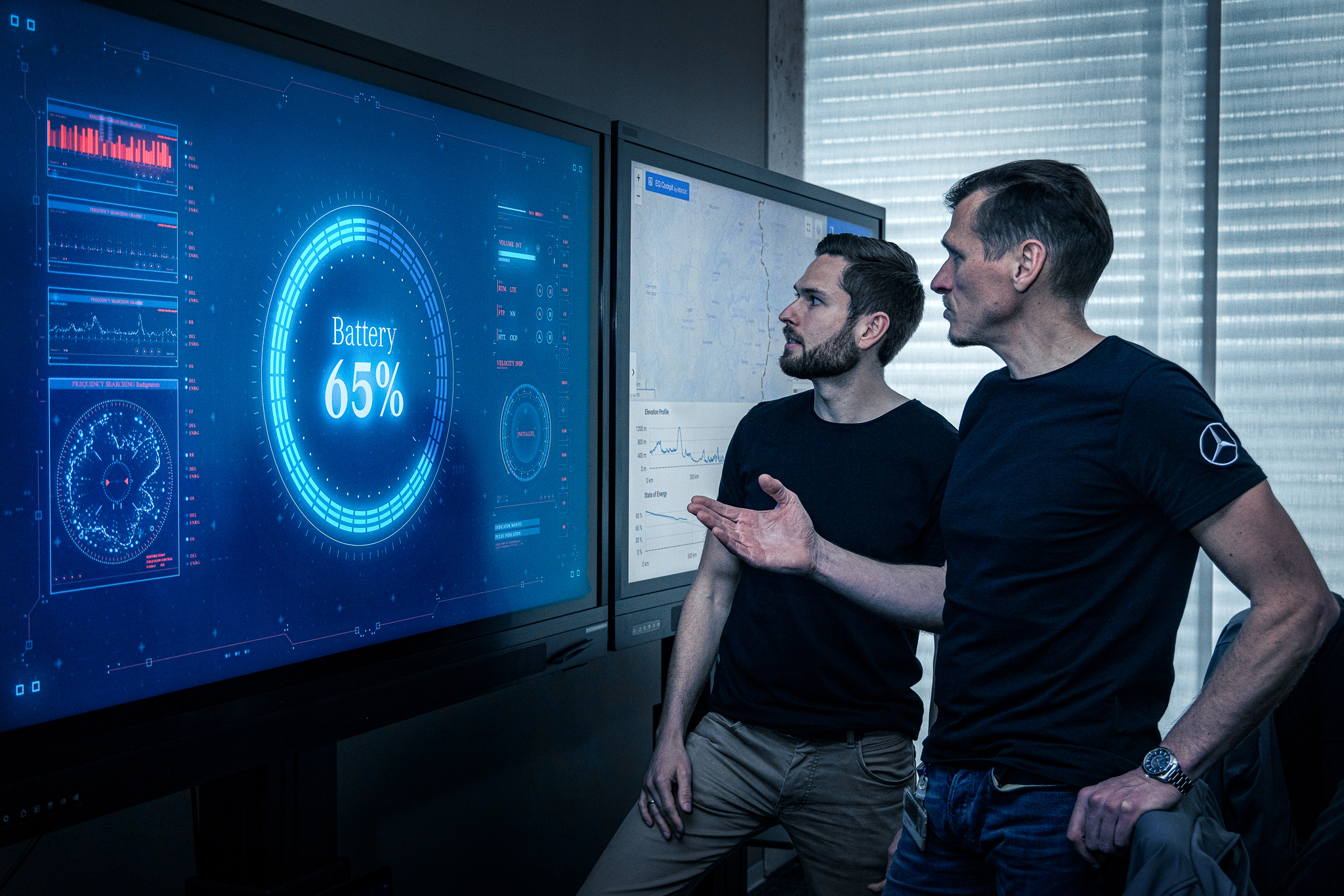 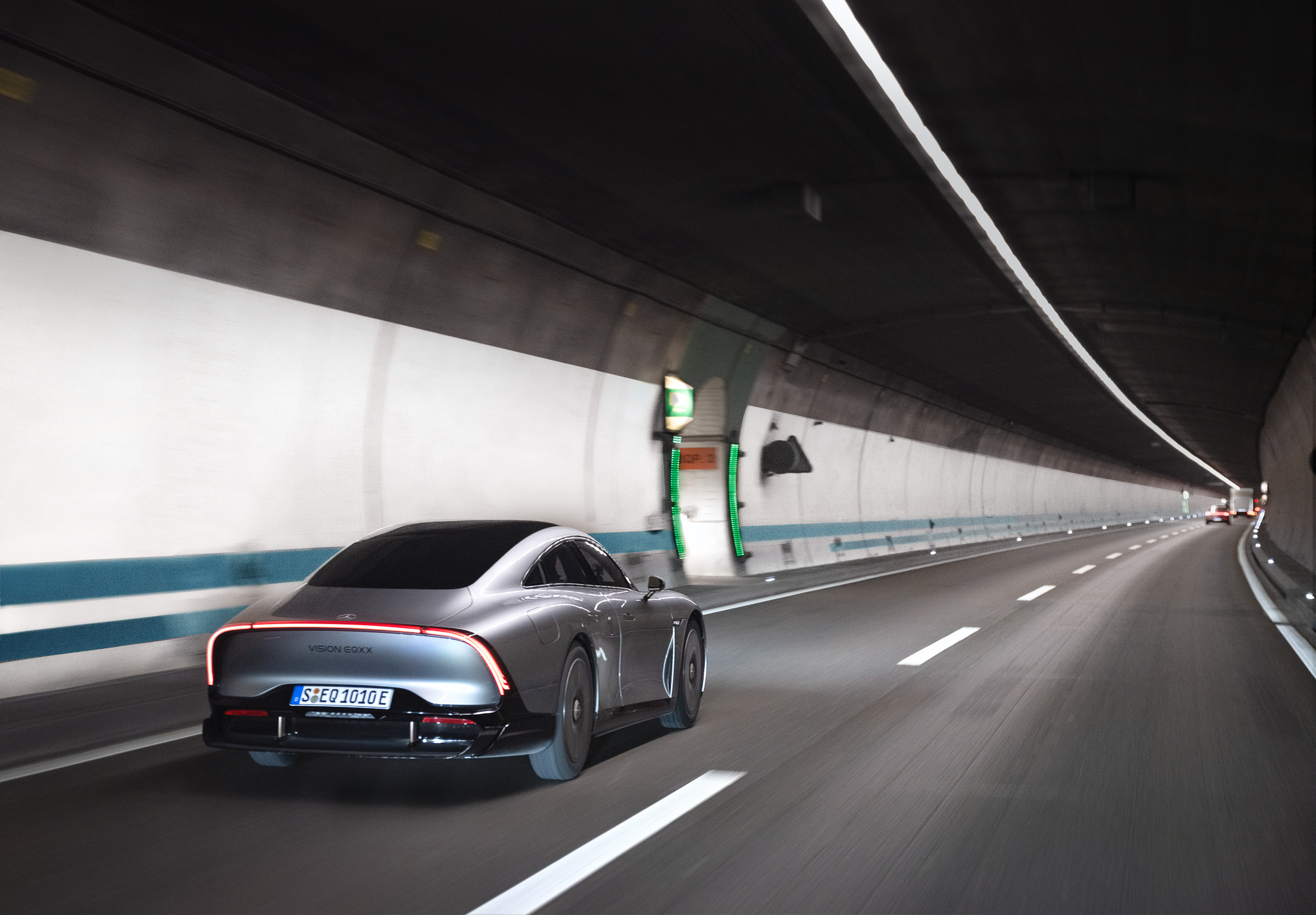 The Mercedes Vision EQXX has driven over 1,000km on a single charge

On Tuesday 5 April the all-electric one-off Mercedes Vision EQXX concept turned a wheel on a public road for the very first time as it left its home in Sindelfingen near Stuttgart. It then proceeded to drive across the Swiss Alps and through Northern Italy without a single charging stop, before finally arriving in Cassis on the Côte d'Azur just over 12 hours later. For anyone whose first name isn’t Google (second name Maps), that means a total trip of 1,008km – or 626 miles – on a single charge.

Oh, and the best bit? The EQXX still reckoned it had 140km (87 miles) of range left in its battery when it pulled up on the French coast. That is mightily impressive.

Now, a quick recap on the EQXX. This was Mercedes wanting to prove to itself and to the world that it could build a proper, ultra-long-range EV. It went for light weight and low drag, achieving both of those with a kerb weight of 1,755kg and a drag coefficient of 0.17. Check out the teardrop shape, the swoopy long tail and the sharply chopped rear end. There’s even a double rear diffuser that automatically extends at speed to further smooth out the airflow around the car. 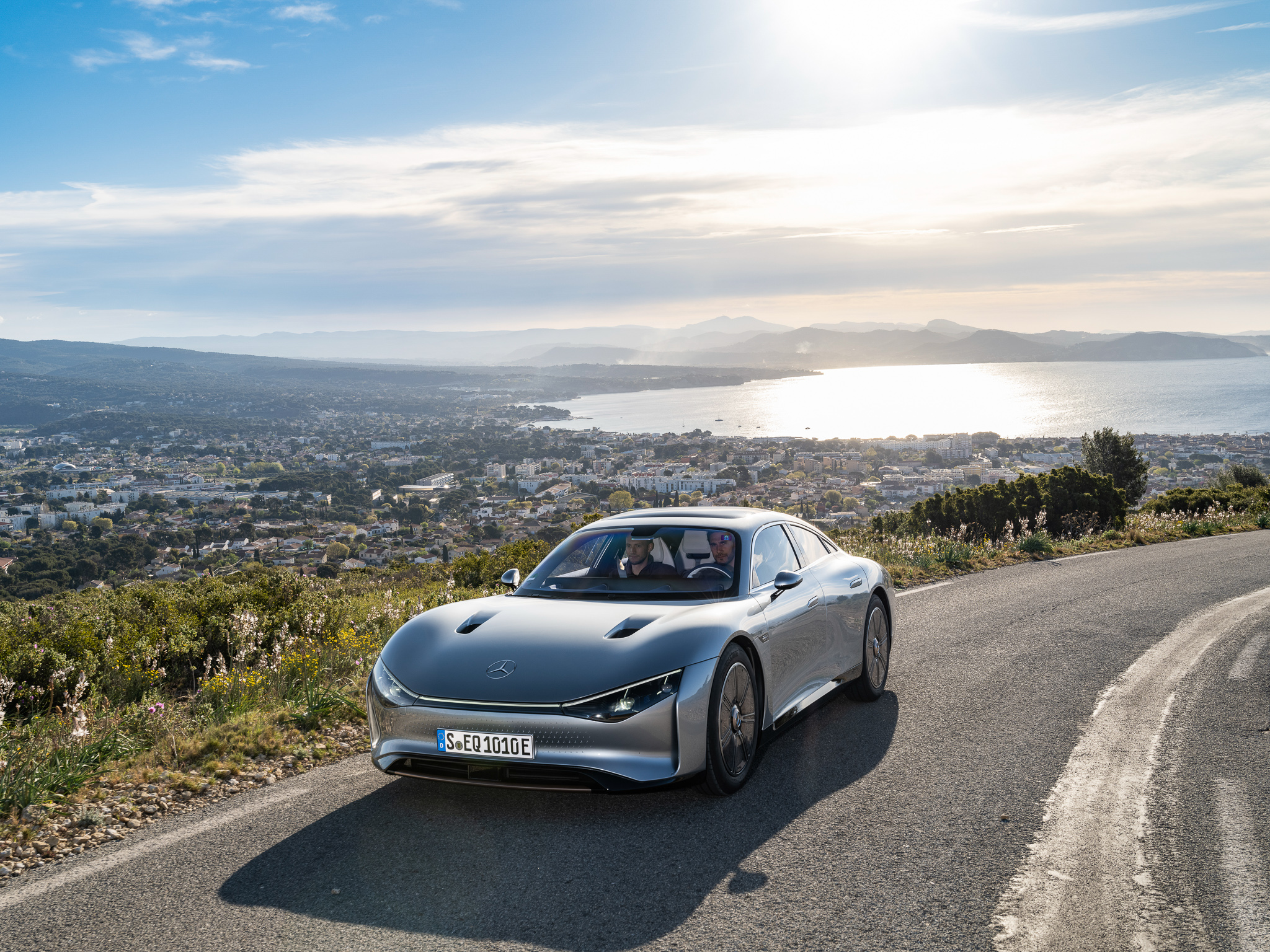 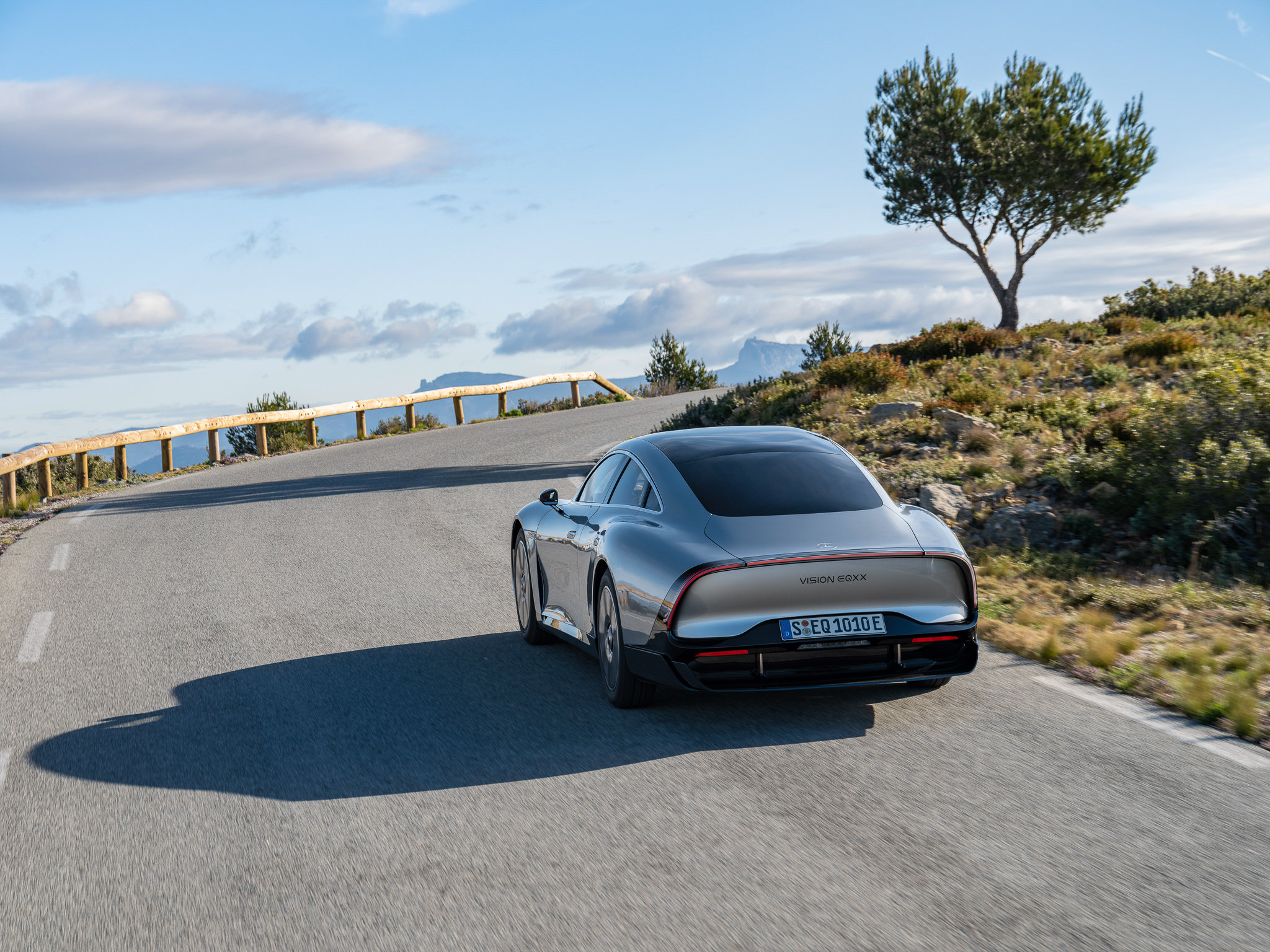 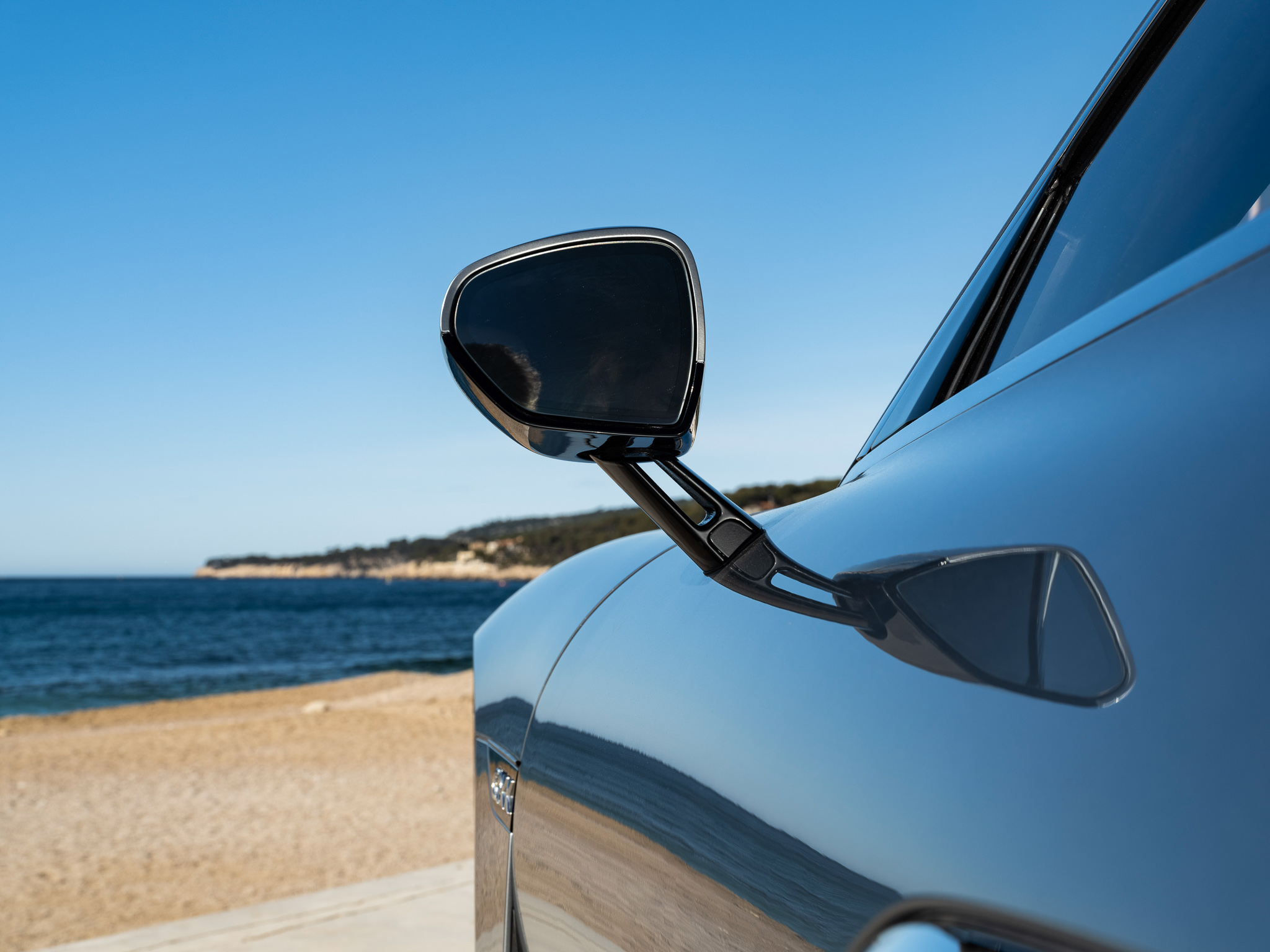 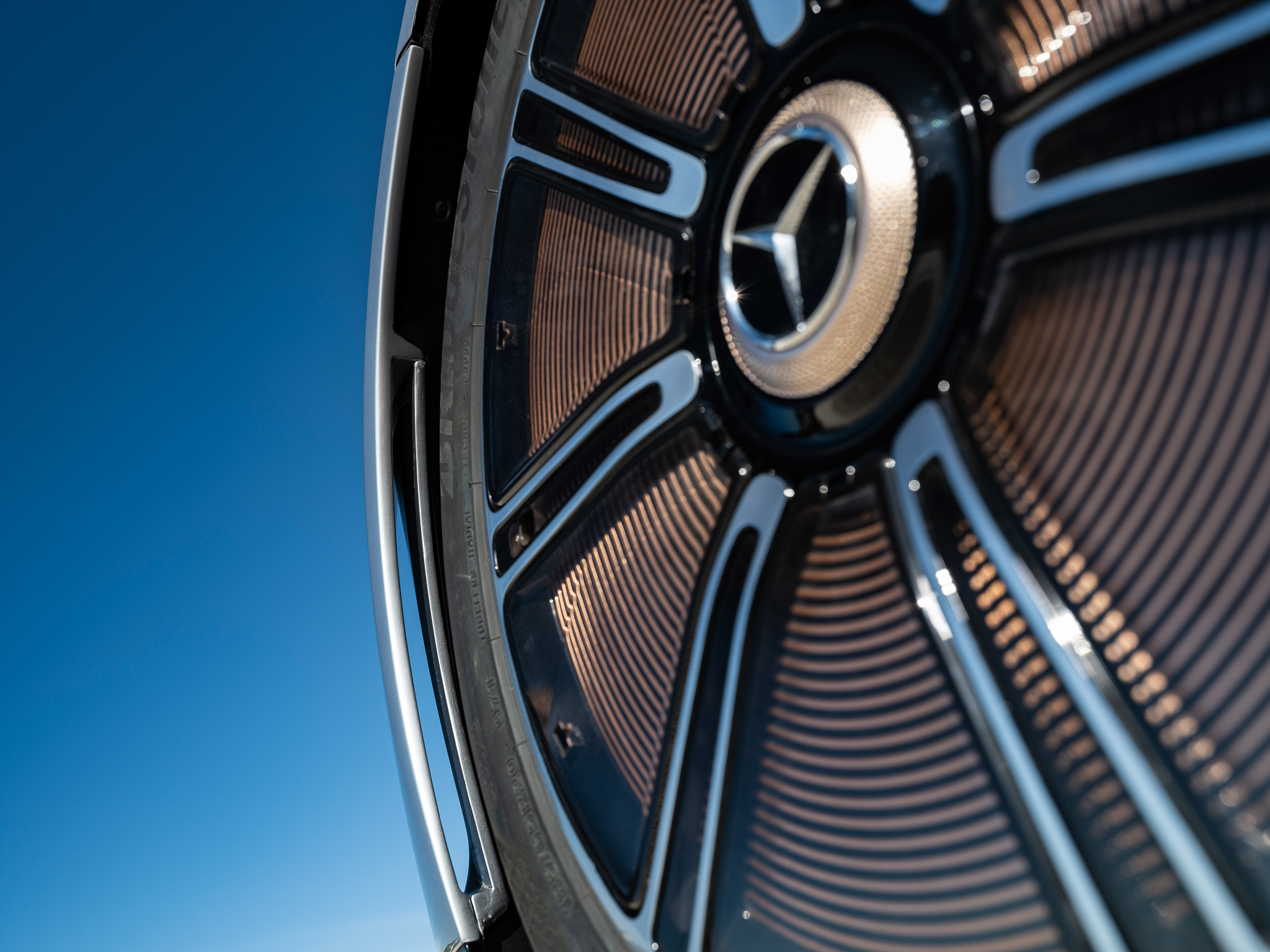 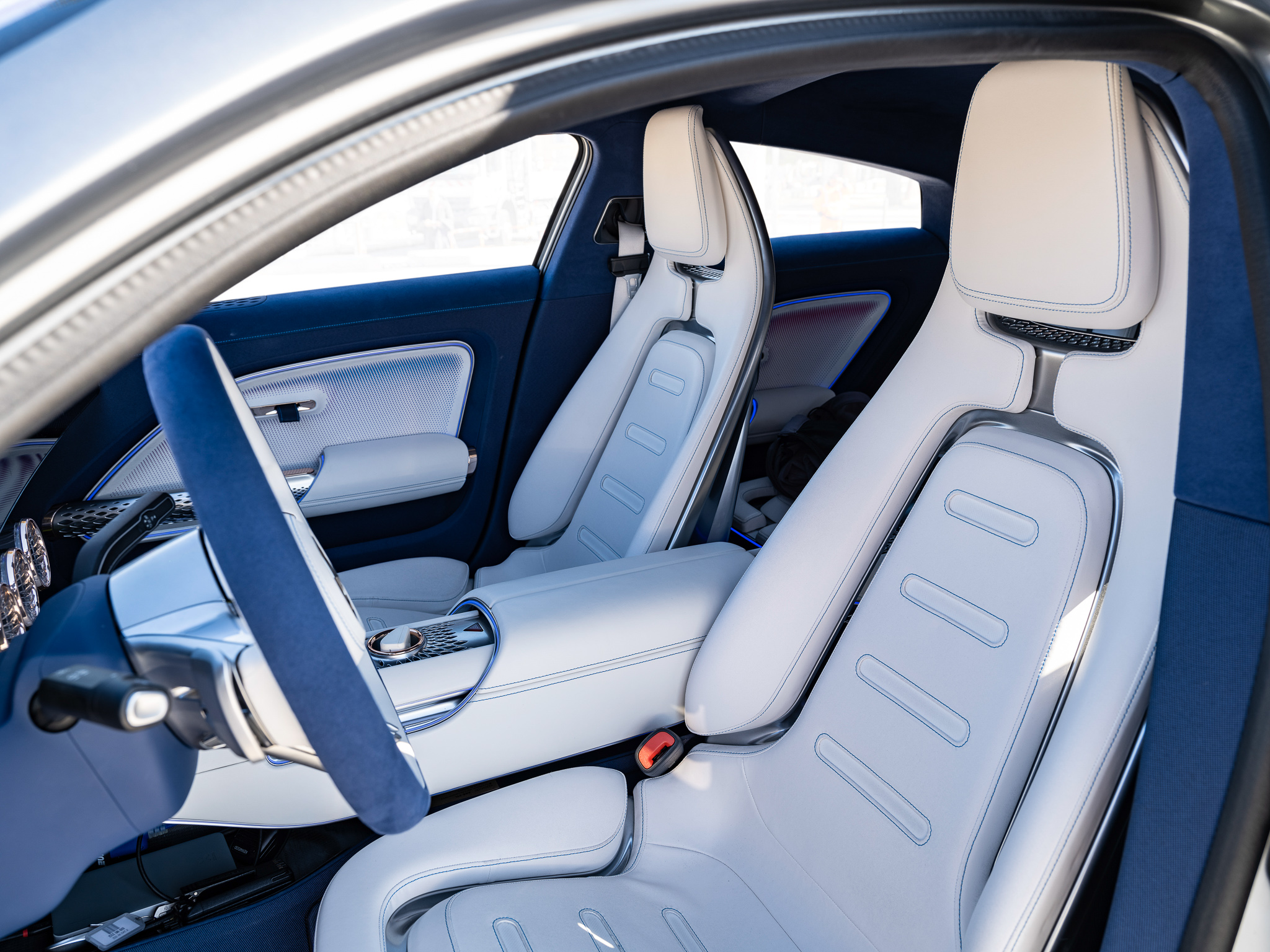 For such a low-drag concept though, it doesn’t actually look all that drastic. There are no impractical wheel arch covers, the wing mirrors are old-school units not cameras, the rear track is only 50mm narrower than the front and crucially there are four doors and four seats. It almost looks normal… ish.

It wasn’t just a case of fitting in as many batteries as possible and sending it on its way, either. A huge battery would increase the weight, drag and the rolling resistance, so Merc went to its F1 powertrain boffins in Brixworth for a helping hand. The result was a specially developed battery with almost 100kWh of usable capacity – similar to the production Mercedes EQS – but in half the usual footprint. At 495kg it’s also 30 per cent lighter than an EQS pack, and because it doesn’t need ultra-fast charging it’s only air-cooled rather than the usual liquid.

That saves even more weight, and in fact on the 1,000km mission Mercedes found that it didn’t need to open the active air cooling vents at the front of the EQXX once. That’s because the F1-spec electric motor (which sends 241bhp to the rear wheels) has an average efficiency of 95 per cent and – together with the fancy battery – the whole powertrain barely generates any waste heat. That means the vents stay closed and drag is kept to an absolute minimum. This wasn’t some lab-controlled experiment either. There was a team of engineers analysing every inch of throttle travel from ‘Mission Control’ in Sindelfingen, but the three drivers took a stint each and had to contend with snow and chilly temperatures in Germany, real-world traffic, roadworks and even a full-on mountain pass. The car was completely road legal, there was no extra aero trickery (with just a slippery EQS in front and behind to act as protection for the rather valuable concept car) and the team even managed an 87mph cruise on derestricted sections of Autobahn.

It’s worth mentioning the solar panels on the roof of the EQXX too – once the team got to sunny Italy they took control of all of the 12-volt electrical systems on the car, which apparently contributed to a two per cent increase in range.

Independent certification body TÜV Süd was along for the ride and verified the 1,008km trip, with an efficiency figure of 7.1 miles per kWh at the end of it all.

The EQXX is just a concept of course, but the learnings from it will stretch far and wide. Merc's chief technology officer Markus Schäfer told TG that the firm's upcoming MMA compact car electric platform would use batteries with a similar chemistry to the EQXX's in 2024. He also said: “I would say stay tuned. In the near future you will see something which is – from a design standpoint – very very close to this vehicle.

“It was kind of surprising the interest it was sparking. With that kind of positive feedback, when it comes to the design language of the car, that’s definitely something we’re going to pick up on.” 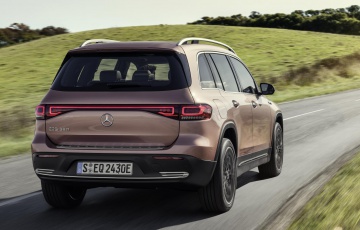 More details on the most practical electric Benz yet have landed 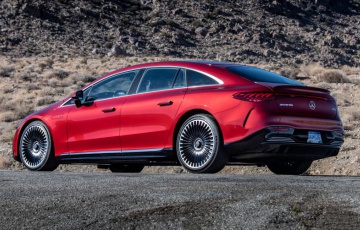 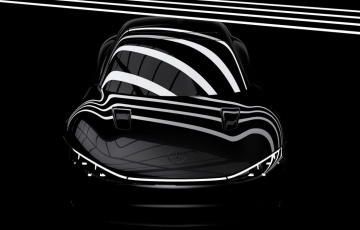 Mercedes is working on a ‘Vision EQXX’ electric special with a 1,000km range The Mercedes-Benz EQC 400 4Matic makes its debut in Singapore