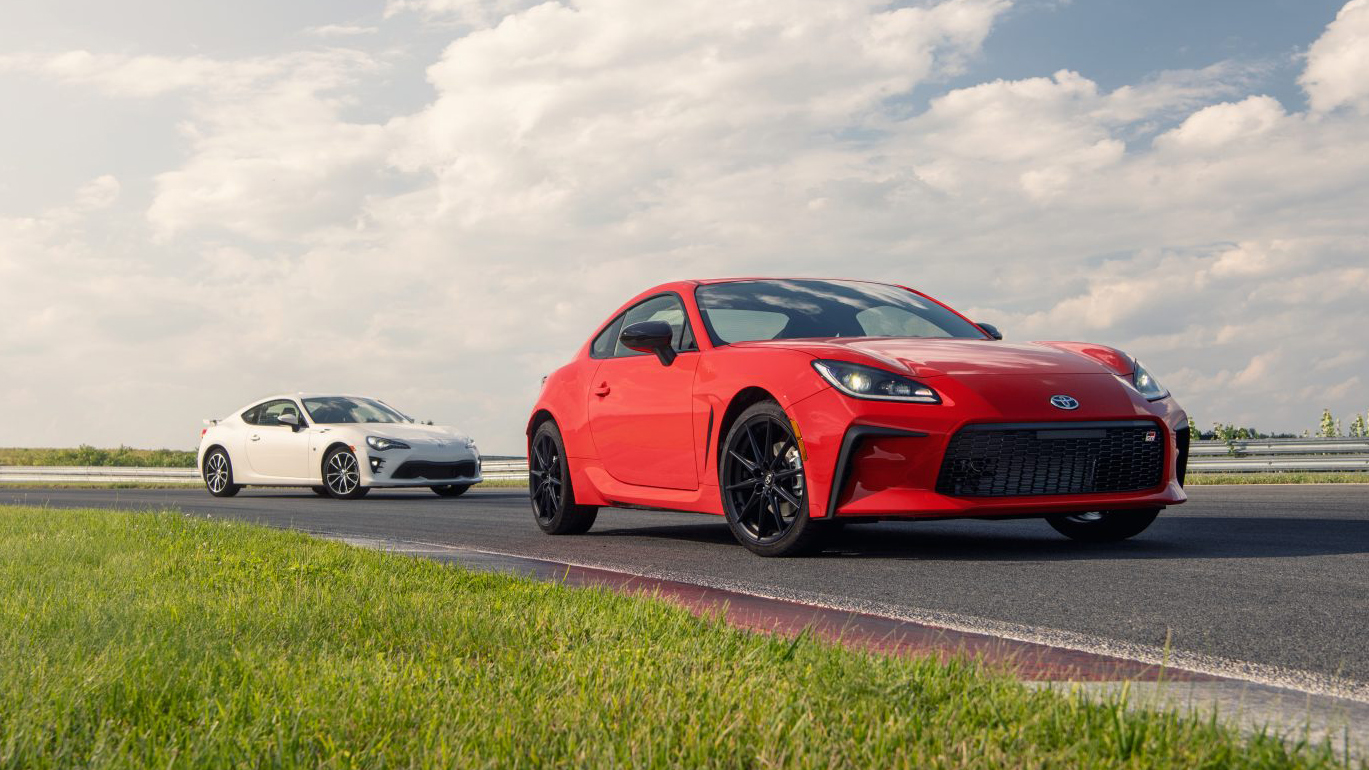 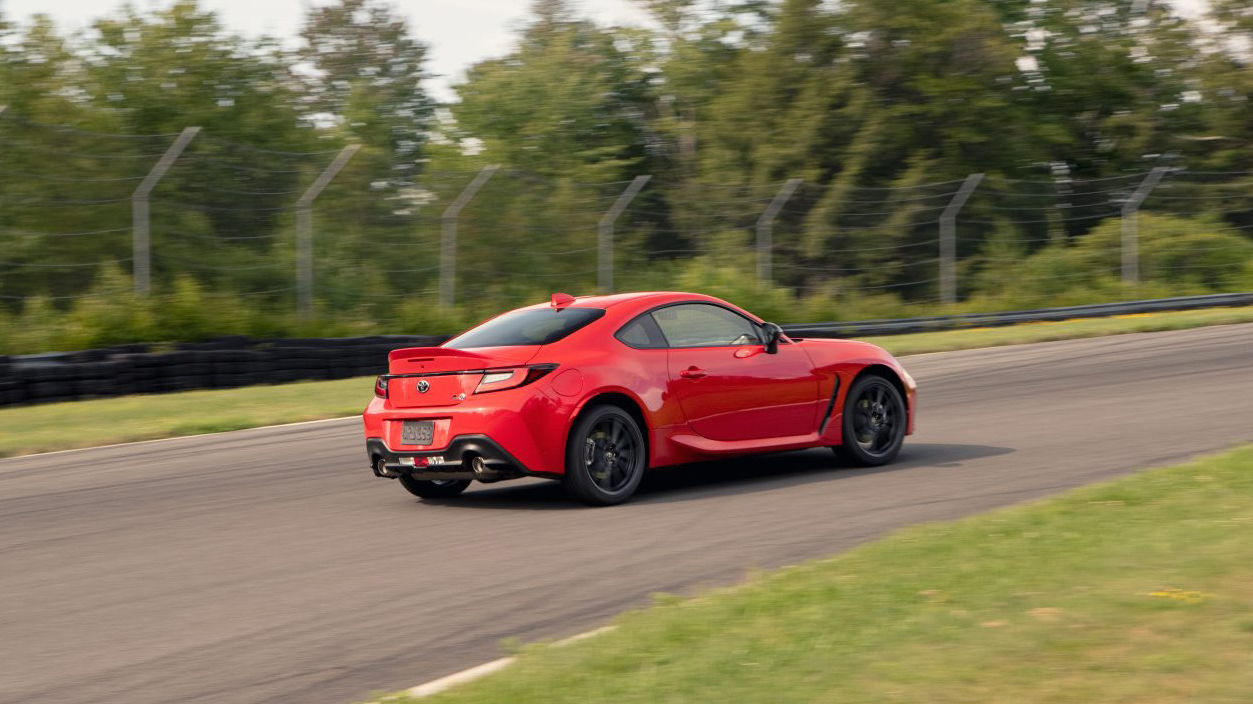 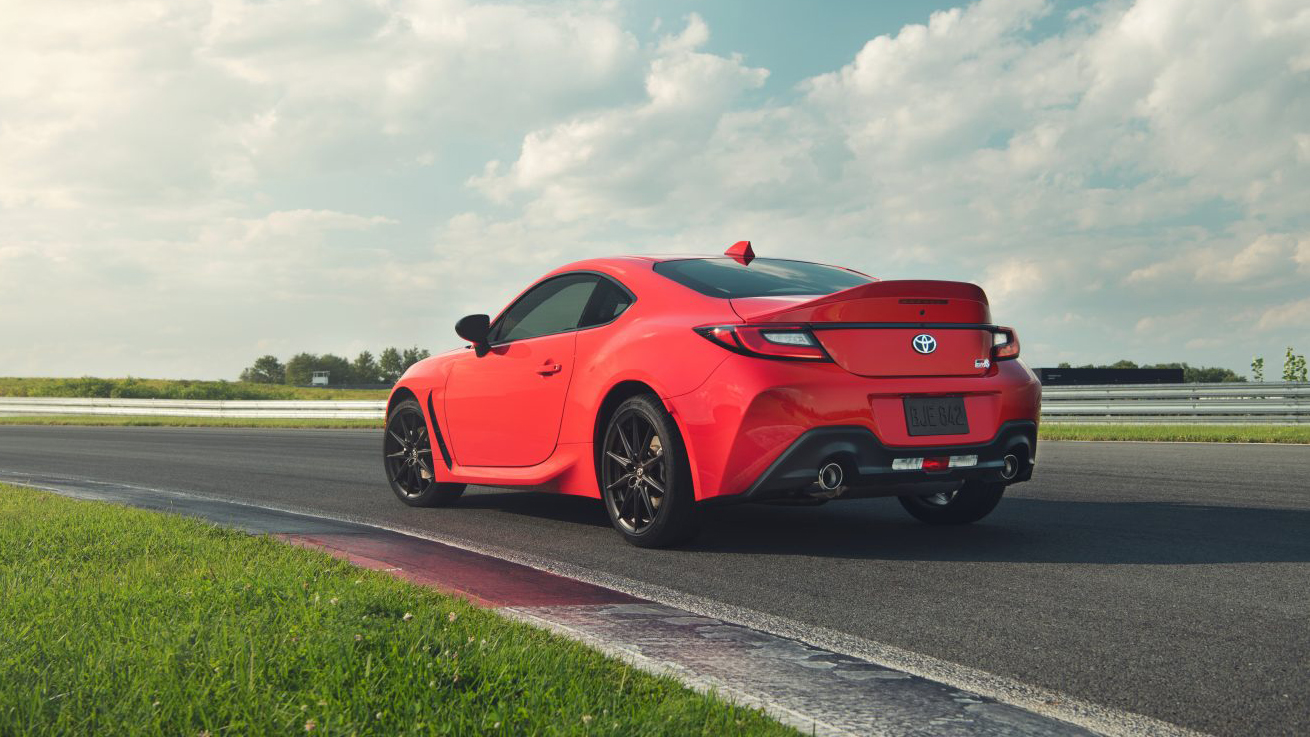 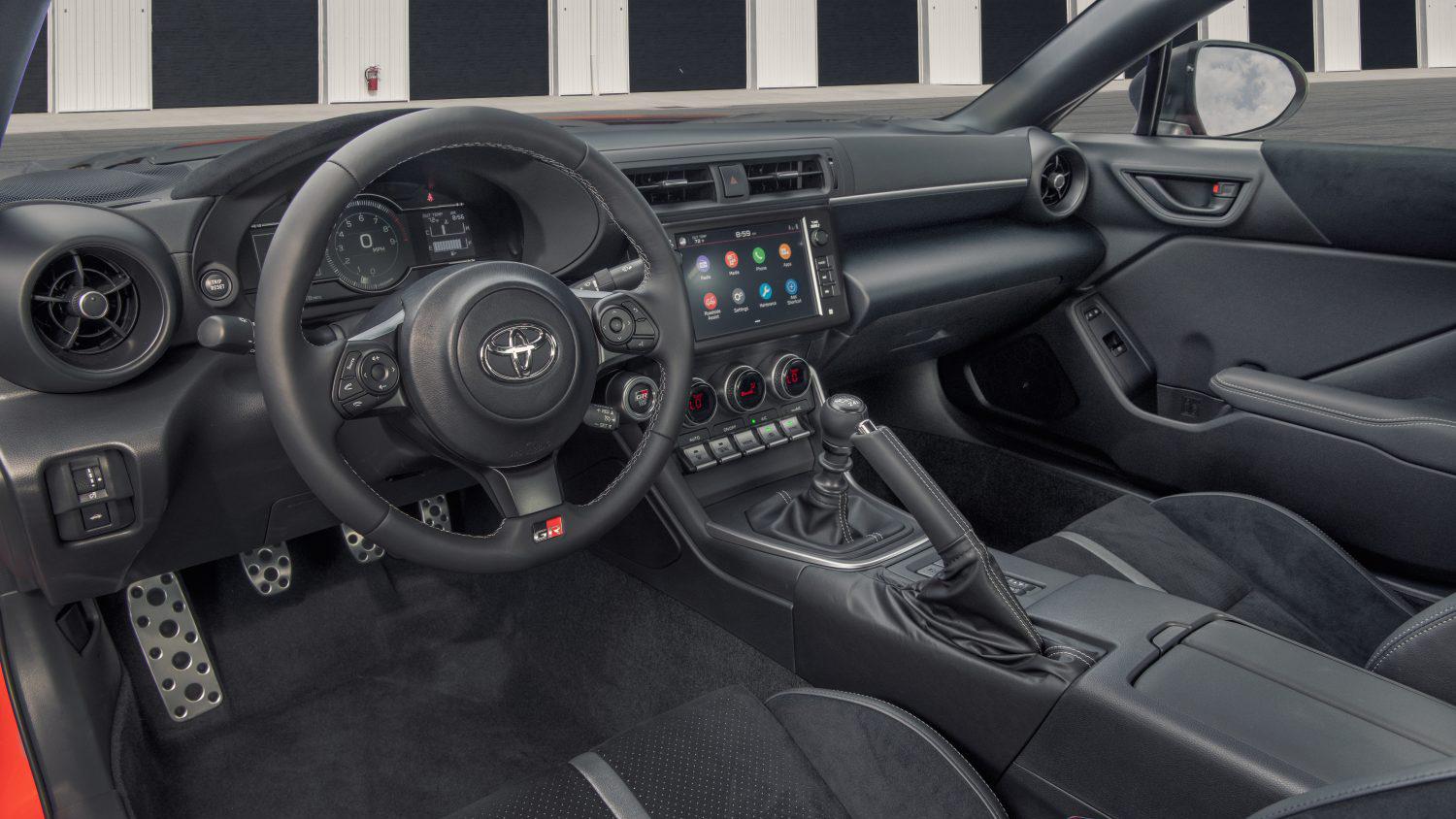 It’s a good few months since the Toyota GR 86 first broke cover. A thoroughly updated – but still pleasingly old-school – follow-up to the GT86, it mates a nat-asp engine to rear-wheel drive and a manual gearbox to keep the ‘analogue sports car’ flame flickering.

Well, just in case you’d forgotten it’s due on sale – and with curiously coincidental timing as the finished Nissan Z breaks cover – here it is again, with Toyota releasing a whole host of extra pics and details to pore over.

It’s our first real look at the latest 86 in several of its colours. And some of their names – for US market cars, at least – will make you wince.

The hero hue is called Track bRED (their capitalisations), while in the gallery above you’ll also see Halo White, Pavement Grey and Trueno Blue. Pick the latter for its 'early stages of Gran Turismo career mode' vibes alone.

There’ll be two specs, GR 86 and GR 86 Premium, the latter getting what Toyota calls a large ‘duckbill’ spoiler.

Has Porsche officially got dibs on on 'ducktail'? It also adds inch-larger 18in alloys, much interior Alcantara and a more thumping stereo. 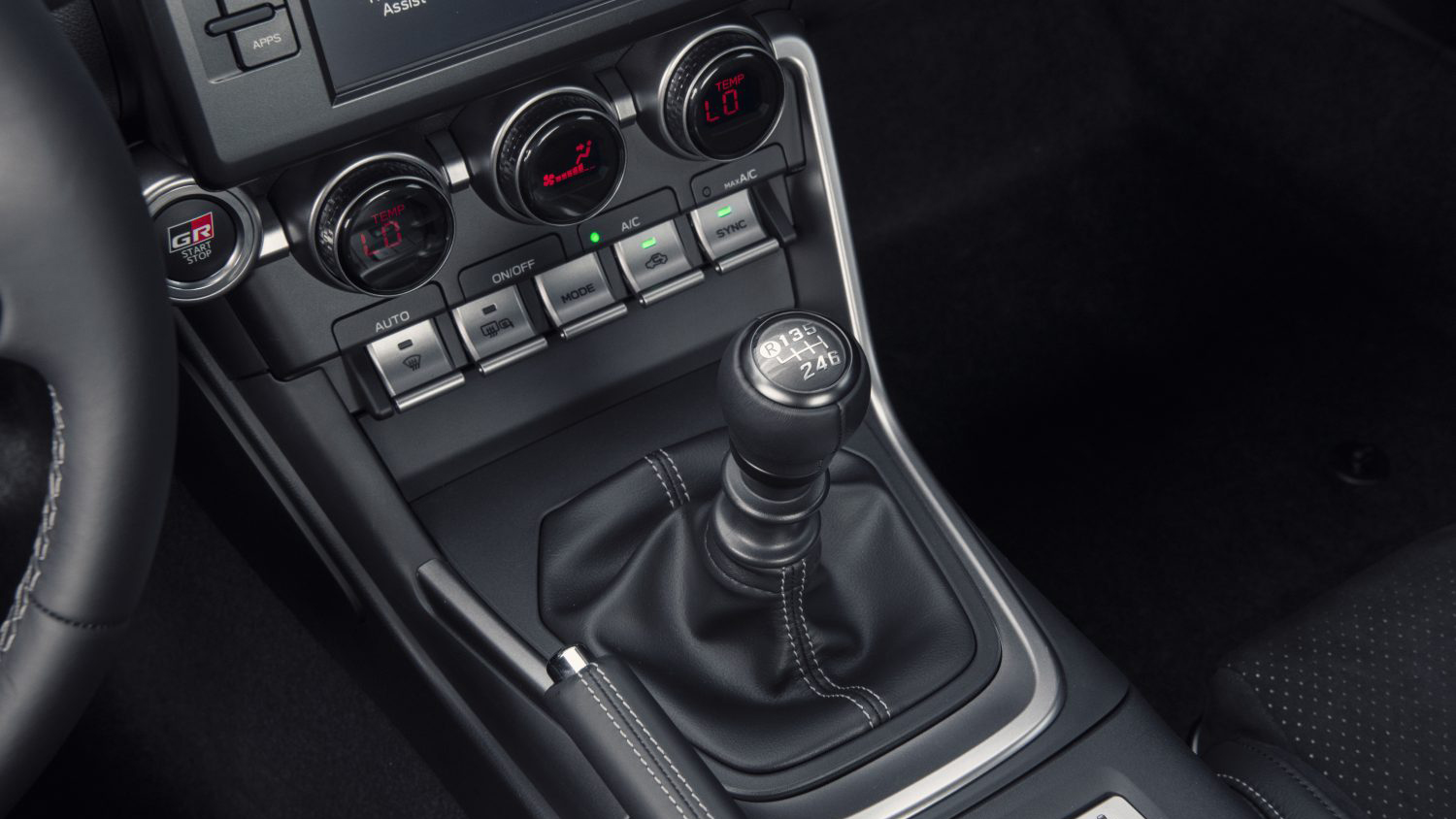 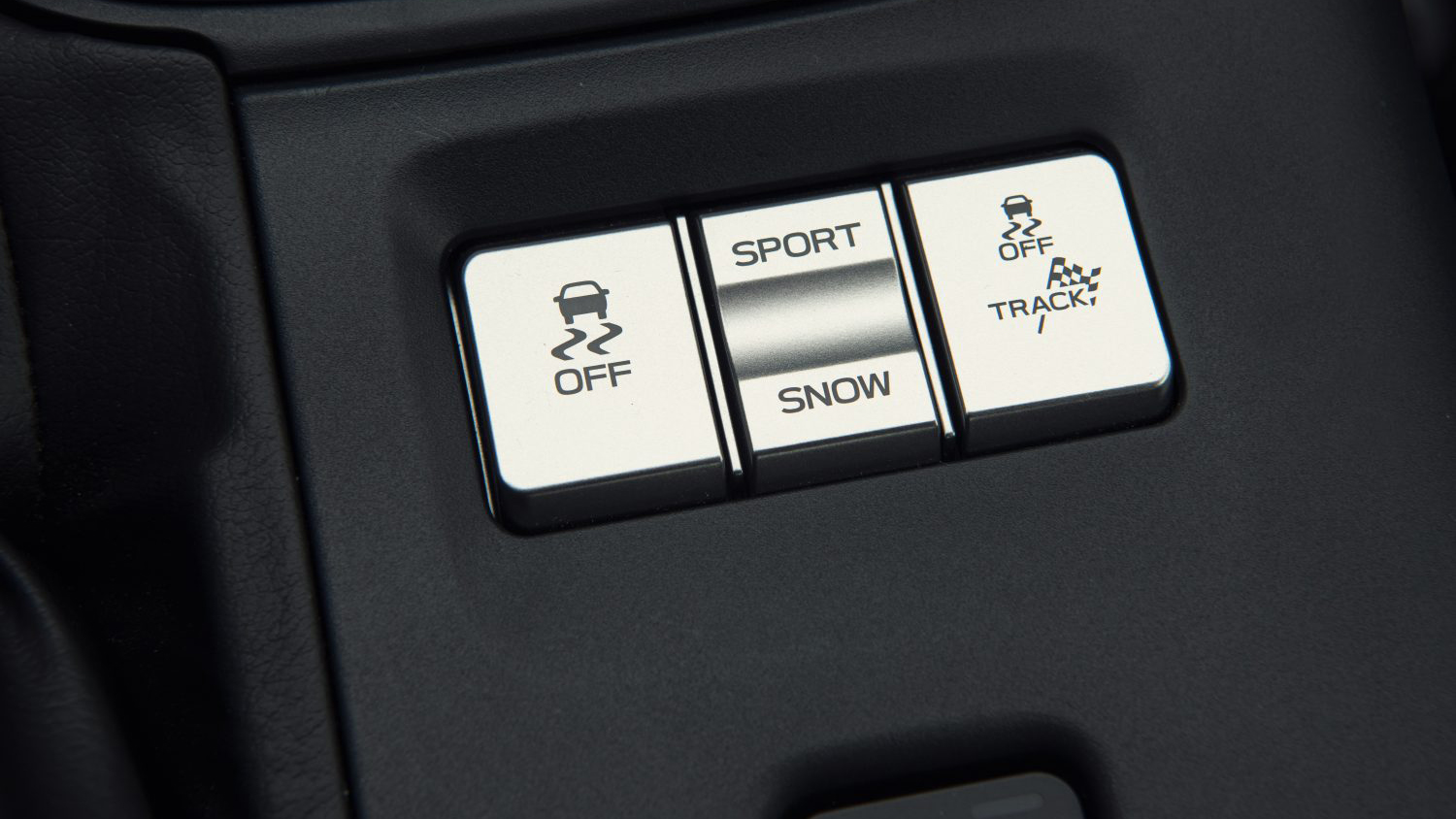 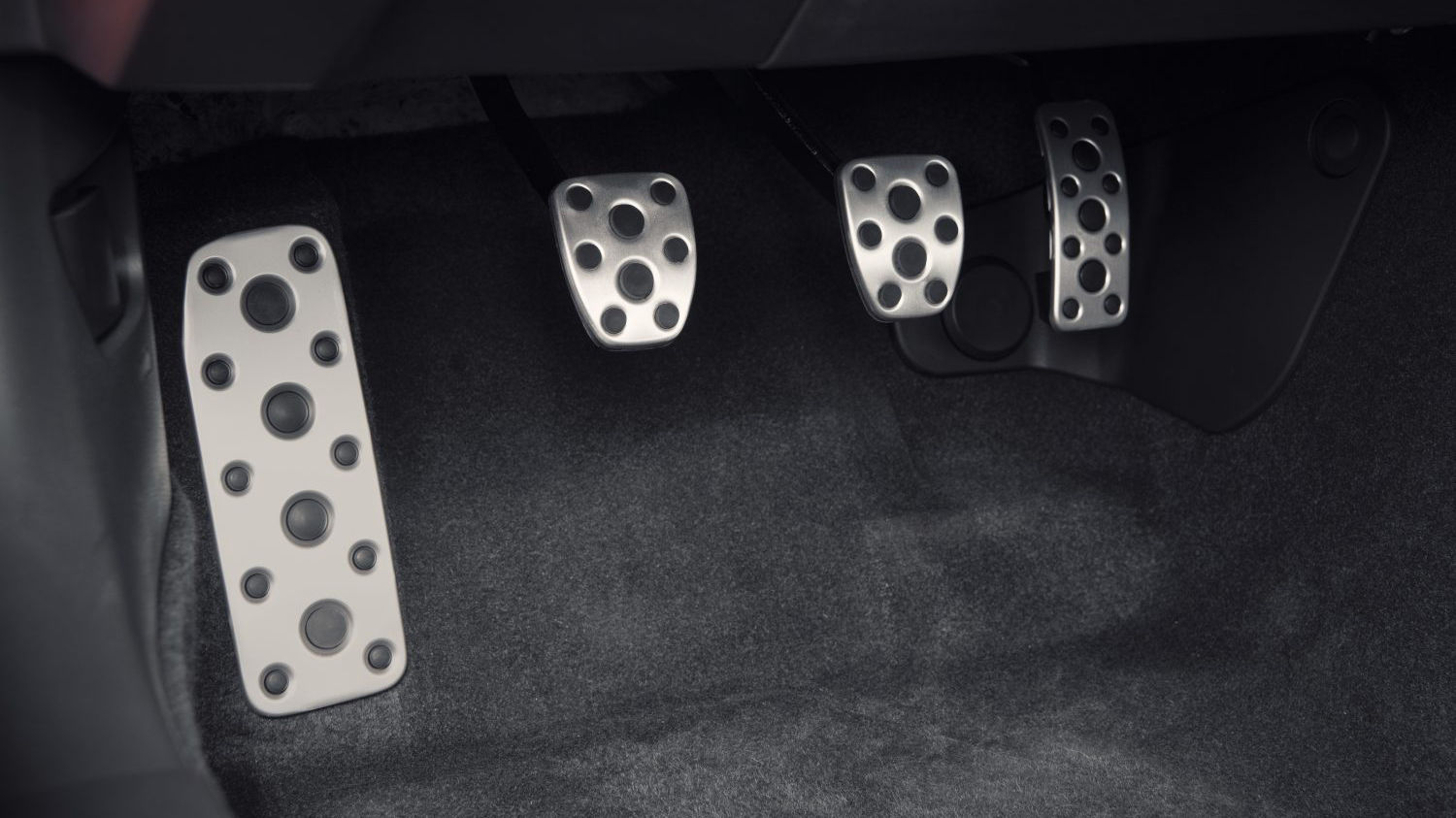 But the 86 has always been about mechanical rather than luxury nous. The GR gets a bigger engine than its forebear – swelled to 2.4 litres from 2.0 – still without turbo assistance, though with peak torque delivered almost 3,000rpm earlier at 3,700rpm.

That helps take a sizeable chunk from the 0-100km/h time (almost a second, in fact) which now stands at 6.1 seconds if you’ve opted for the standard stick-shift. Get the optional auto and you’re looking at a 6.6sec sprint.

We all know you shouldn’t go automatic, but a browse of the classified ads suggests plenty of GT86 owners did. The GR 86’s paddleshifter possesses Normal, Sport, Snow and Track modes.

Flicking between those (or selecting the manual’s sole extra mode, Track) changes the display on the GR 86’s TFT dial display. Yep, at least one element of the 86 is no longer analogue, and prodding your dinky coupe into Track prioritises rev and temperature displays. Which we do kinda like.

Don’t expect to actually take yours on track? Well, American buyers will also get a year’s membership to NASA thrown into the deal. No, not that NASA, but the National Auto Sport Association.

Who really should have thought about how their name would be initialised before bulk-ordering stationery, we reckon. In lieu of a trip to orbit the Moon they’ll give you one ‘high performance driving event’ and discounts to other trackdays. No excuse not to explore Track mode, then.