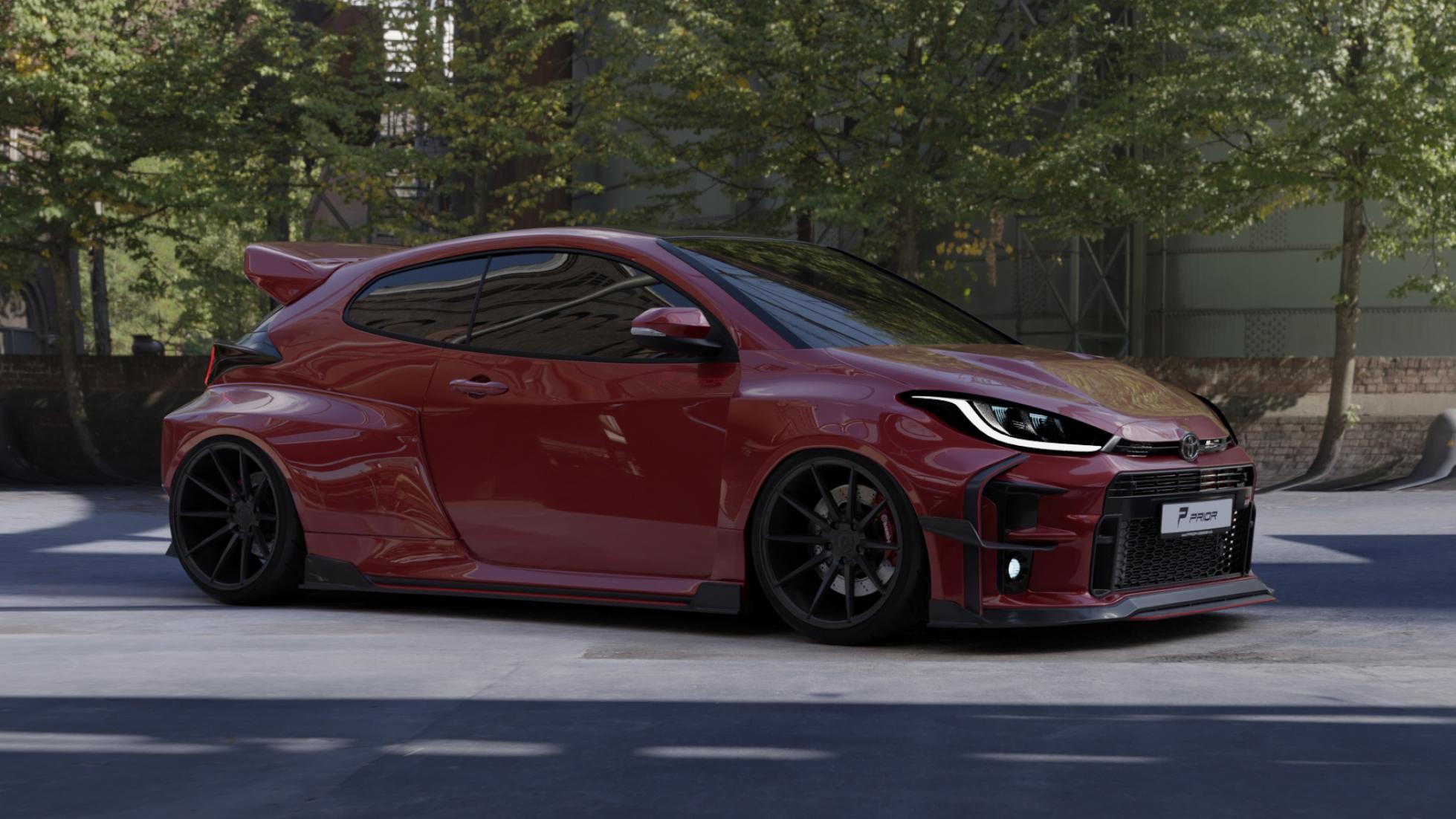 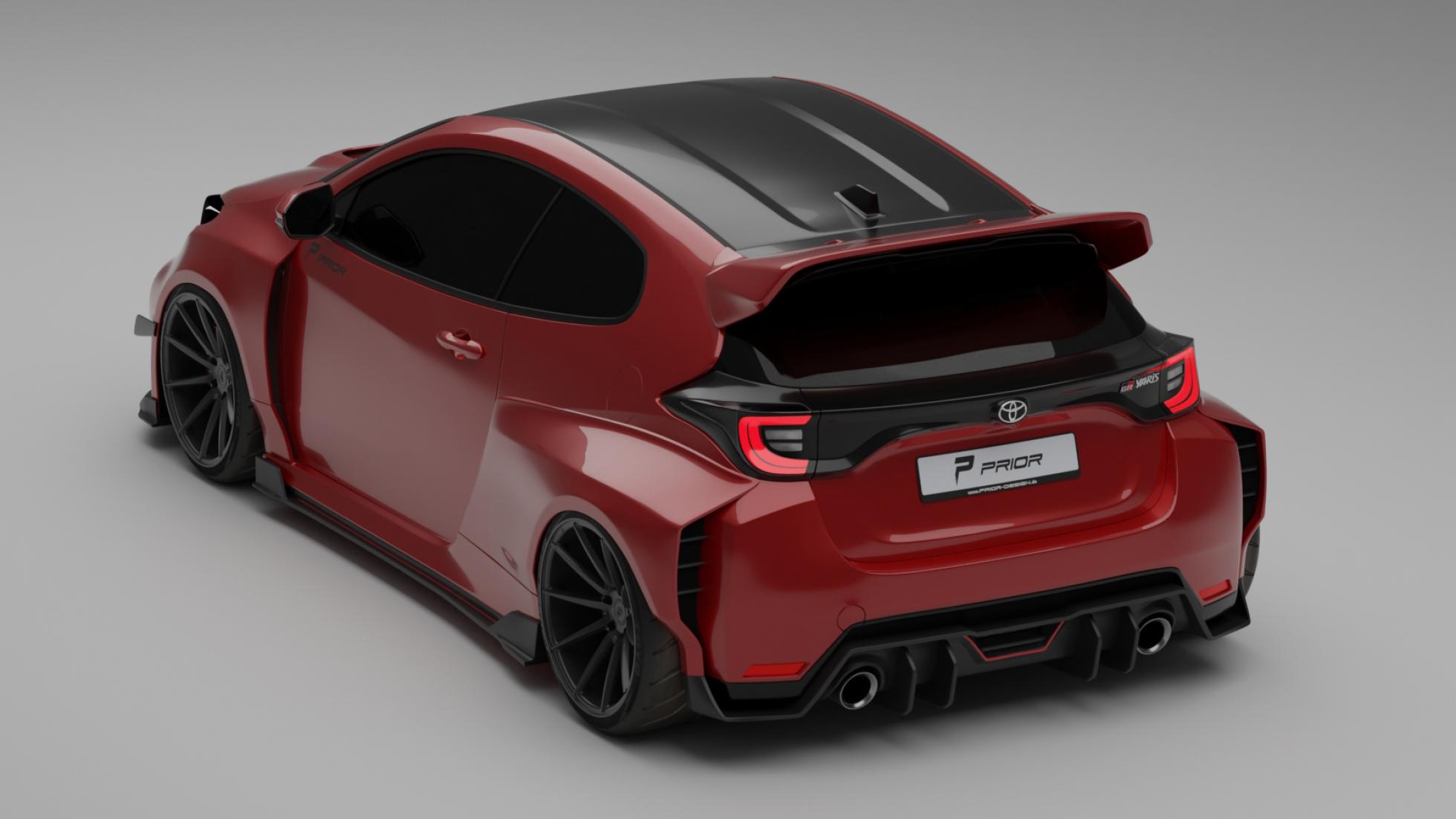 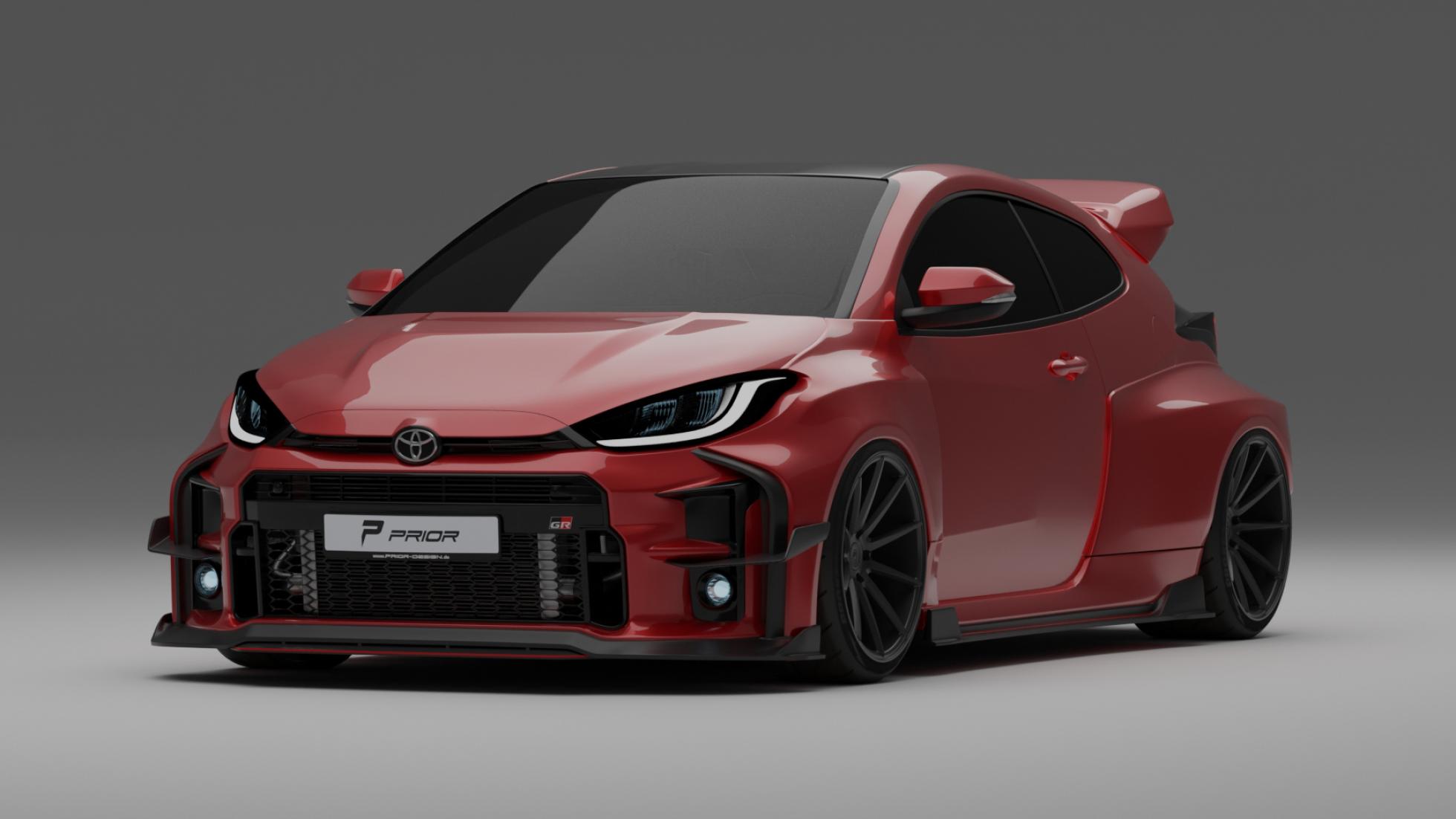 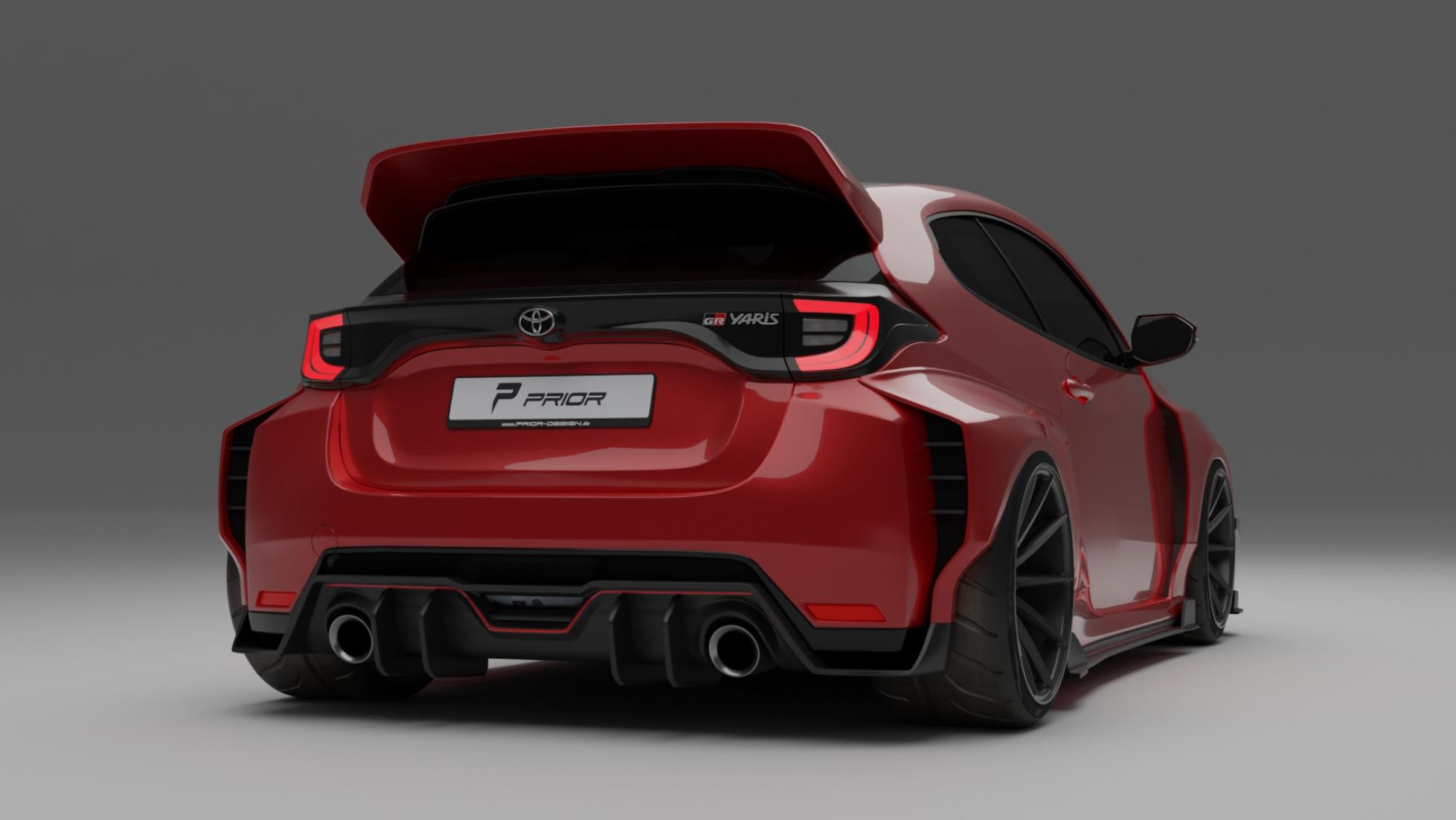 Well, this is quite something isn’t it? This – as you may have noticed – is a rendering of a GR Yaris with what can only be described as the mother of all bodykits attached to it.

It’s the work of German tuner Prior Design and its boss Andreas Belzek, and although it only exists in the virtual world for the moment, if there’s enough interest then it could become a thing.

Anyone else desperately want that to happen? It’s obviously absolutely bonkers and makes the little GR look like a haunted bunny rabbit, especially in black, but it certainly stands out. And that rear end with the giant spoiler and slatted rear arches is pure WRC car. 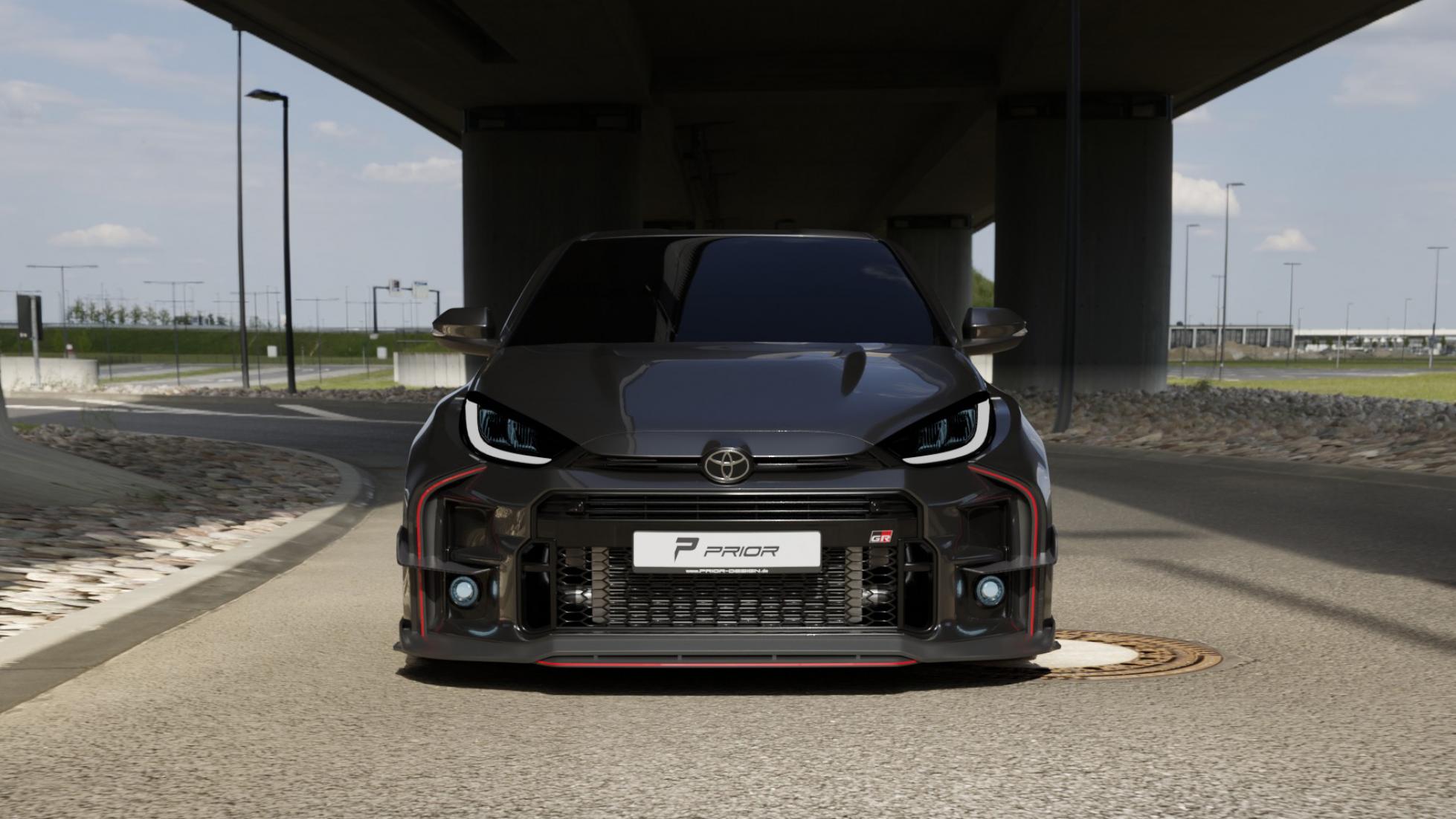 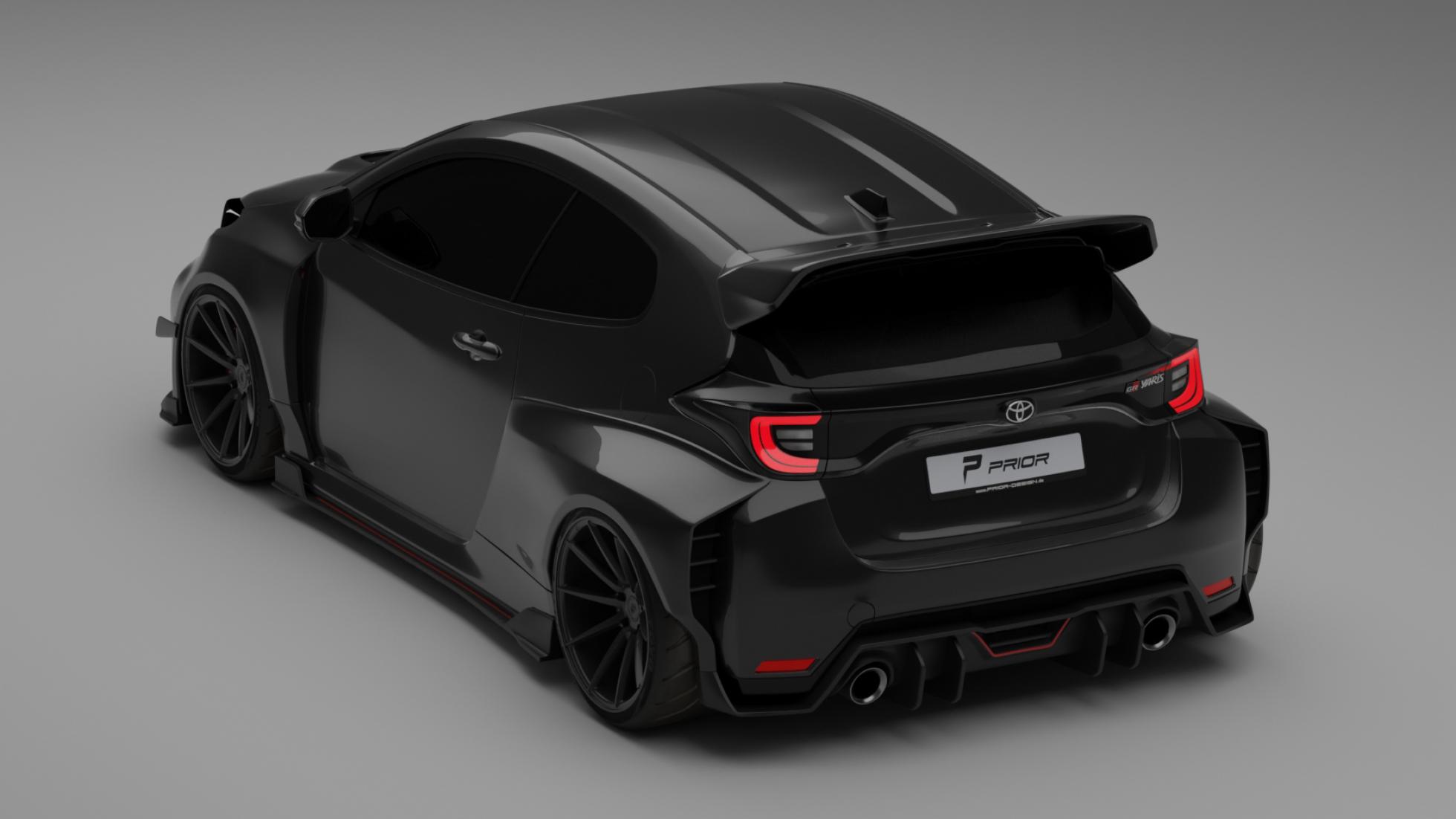 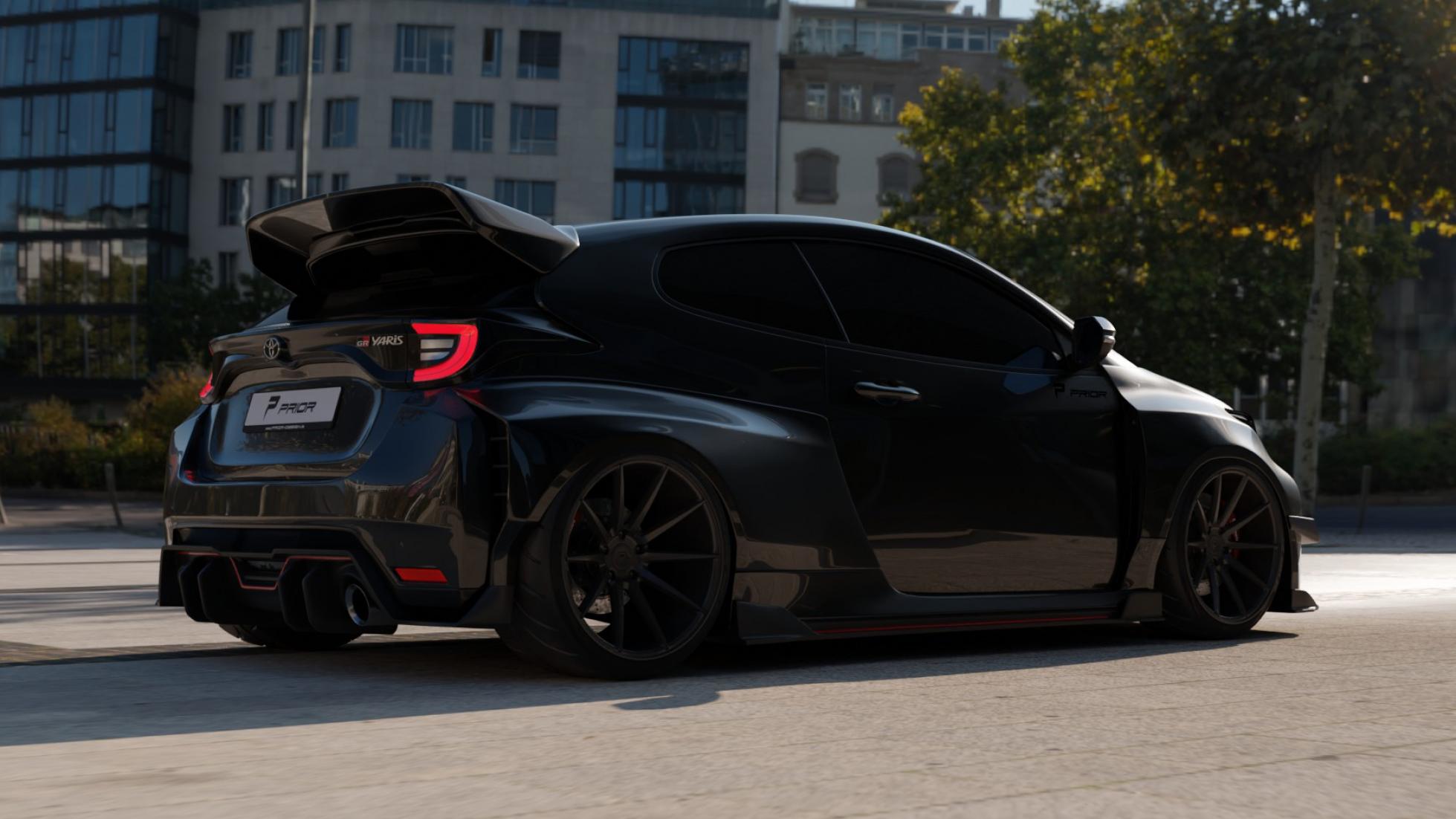 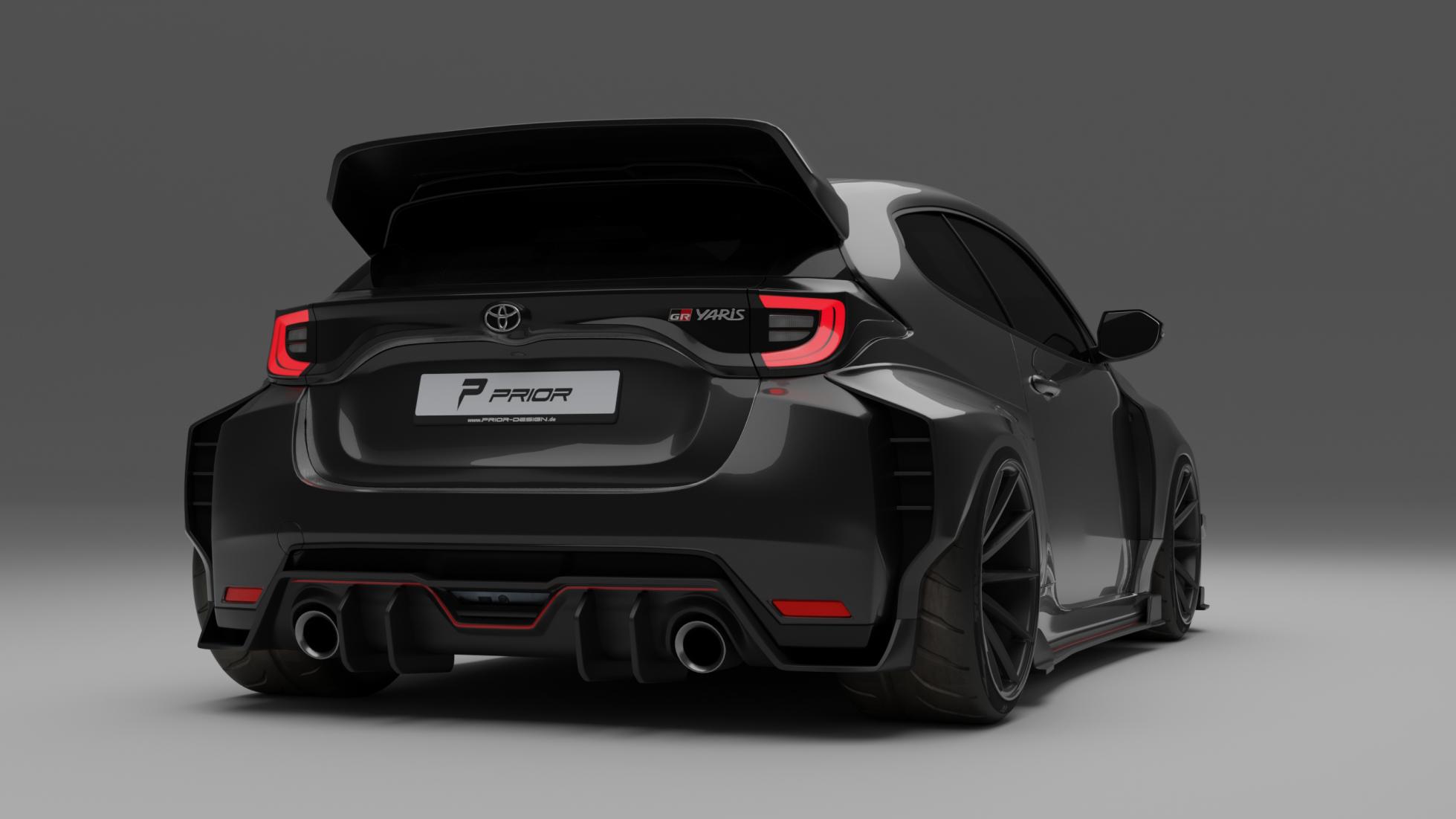 Elsewhere there’s lowering springs, new alloy wheels, a wider front splitter, a power bulge in the bonnet and new side skirts to complete the angry look that Belzek has been showing to the world via the power of YouTube. The full-size Toyota Land Cruiser has lost its V8