Opinion: why too much horsepower is useless 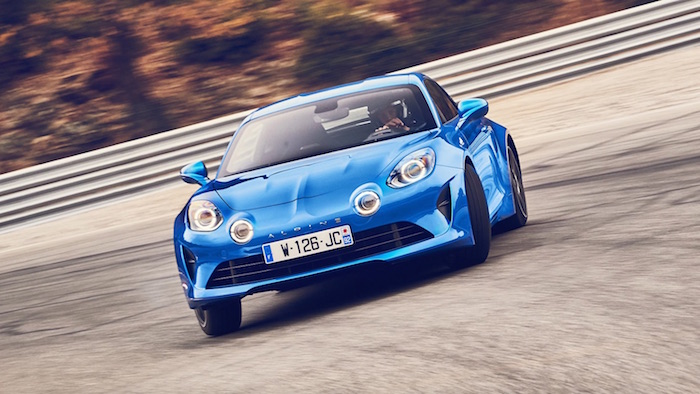 Here’s something that shouldn’t really need to be explained: you really do not need hundreds upon hundreds of horsepower to have fun.

Look, we get why manufacturers like to make each new car more powerful than the last. It’s because more is, well… more. It’s a very easy thing to advertise (and for car news sites to point to) as improvements.

A larger number is inherently better than a smaller one, unless you’re talking about golf handicaps, the Norwood scale or how many times you’ve been divorced. Curiously enough, these are all things you’re likely to hear discussed at a golf club.

More power is also a band-aid fix for increased weight. With all the new safety tech, convenience features and unmitigated frippery that we’re ostensibly clamouring for with each new generation, it stands to reason that each of these generations will be heavier than the last. And for a long time, the curative was not to strip weight elsewhere or optimise components to limit weight gain, it was to add power.

We should point out that this is less of the case these days; after ten years of weight gain that’d usually be the impetus for an episode of Embarrassing Bodies, we’re finally seeing kerb weights return from the obese to the merely portly in a lot of cases, and back to fighting fit in a few, like the Alpine A110.

In fact, it’s probably best to consider the A110 an antidote to the insidious ‘more weight, more power, more better’ philosophy that’s been misleading manufacturers for the past decade or so.

So where does all this power make sense? Well, perhaps it’s on the autobahn, where air resistance is more of an impediment to progress than weight, and where cruising speeds routinely top 160km/h. This, we fear, is less of an argument literally everywhere else in the world, where speed limits exist and are rigorously enforced – or, in the case of Australia, pathologically.

It’s also a pretty hard sell when you actually get to the derestricted autobahn and find that proper 290km/h blasts are few and far between. And that at a 190km/h cruise in the outside lane, there’ll always be a Renault Scenic diesel screaming up behind you at half the speed of sound, with its headlights flashing so quickly they may as well be conveying morse code. And no prizes for guessing the message.

It feels at this juncture that we should reassure you a little bit: we’re not about to scream blue murder about how quick cars can go these days and won’t someone think of the children. With that said, it does stand to reason that using a mere fraction of your car’s capability is about the easiest way to feel like you’re missing out on something.

And, after the fleeting smugness of knowing you’ve got hundreds of horsepower more than you can ever use, it’s an empty feeling. No, really – trundling around at a scant fraction of what your car’s capable of is about as depressing as back-to-back Radiohead albums with a Morrissey chaser.

Perhaps the biggest question we run into with the hyper-horsepowered cars we’re lucky enough to drive is this: where on earth can we use that much potential? And the answer, almost unswervingly, is, “Er… well, on a track. Or on the autobahn.” But the autobahn is full of trucks. And ballistic Renault Scenics.

And the track, if you can believe it, is no place for massive horsepower. It’s fun for a time, until you realise that your combination of big power and big brakes means you’re going through rubber quicker than the stars of Love Island.

And then one day, you’ll look over at the man in a 20-year-old MX-5 and see an ear-to-ear grin, which will fill you with the desire to extract each tooth that comprises his wide smile with a pair of barbecue tongs. And possibly trade in your 600hp monster for an MX-5.

Because what really matters on a track is balance, feedback and reliability, not power. There’s more fun in throwing a car around at 100 per cent (or ten tenths, if you can’t talk without miming oversteer hands) than there is in having the bejesus scared out of you at 50 per cent.

What matters out on the autobahn is fuel economy at 190km/h and the ability to flash your lights at anyone who dares to do less than than that in the outside lane. What matters in the UK is small size, to fit in our quaint little hamlets, low price, so we can spend the rest on our delicious ales, and good economy, so we don’t fall foul of the tax man.

Seven hundred horsepower? It’s about as useful as a sledgehammer in keyhole surgery. And about as fun.