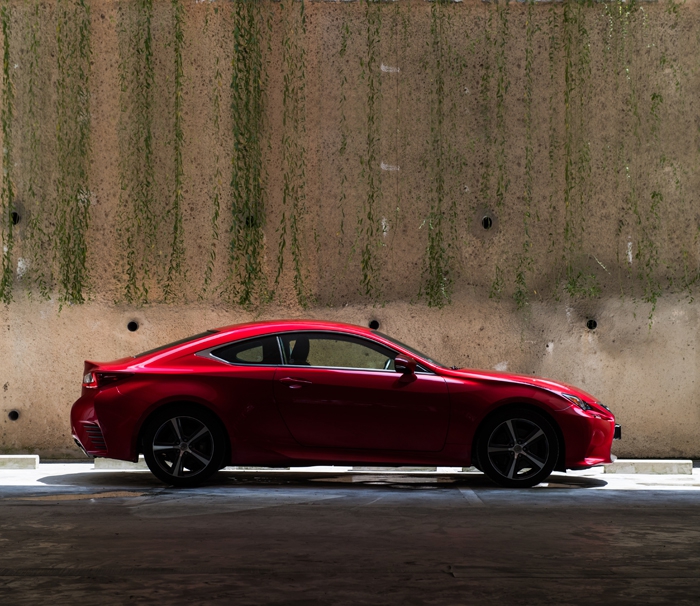 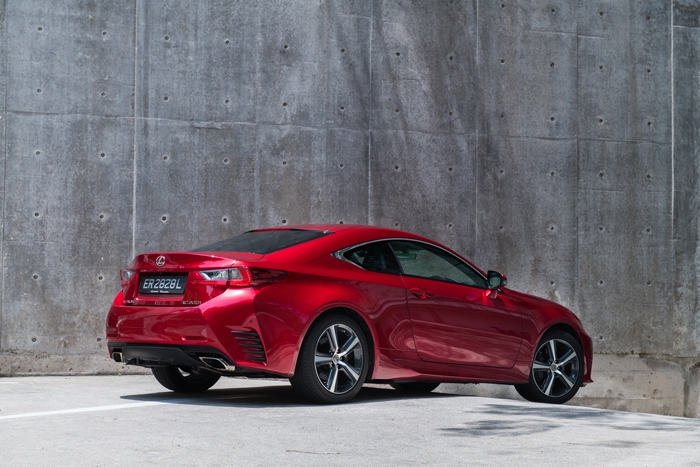 SINGAPORE – Not everybody wants to play it safe, and from the looks of the RC and its new range of models, neither does Lexus. If you’re either a big enough of an anorak, or old enough, you’ll be able to recall the first Lexus products, which were solid, reliable and… safe.

By ‘safe’, we’re not referring to crash-worthiness – in which Volvo continues to make a name for itself, even though most other brands these days are as safe, if not safer – but instead, staid and certainly nothing out of the ordinary that would stand out from the crowd. 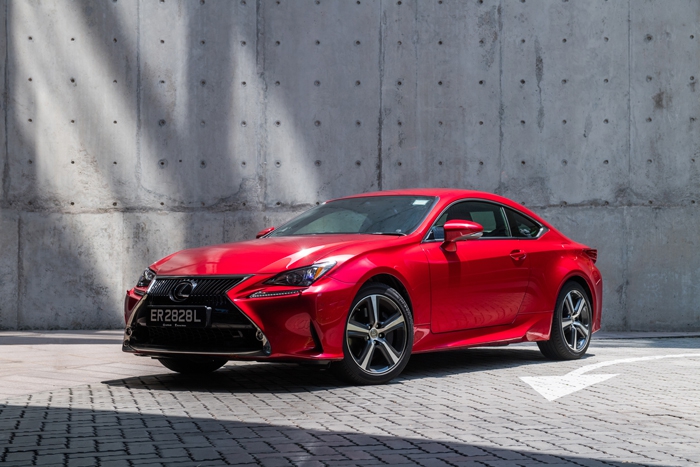 Well, once upon a time, people bought things that could last, be it furniture, watches, cameras or cars, so ‘safe’ wasn’t that bad a word, because such buyers didn’t want something trendy that could look awkward come ten, fifteen years or so. However, the consumer zeitgeist has changed in the face of fickle fashion, so most purchases these days are driven by ‘in-the-moment’ impulses and tend to be disposed of after the requisite three to five years, if not earlier. 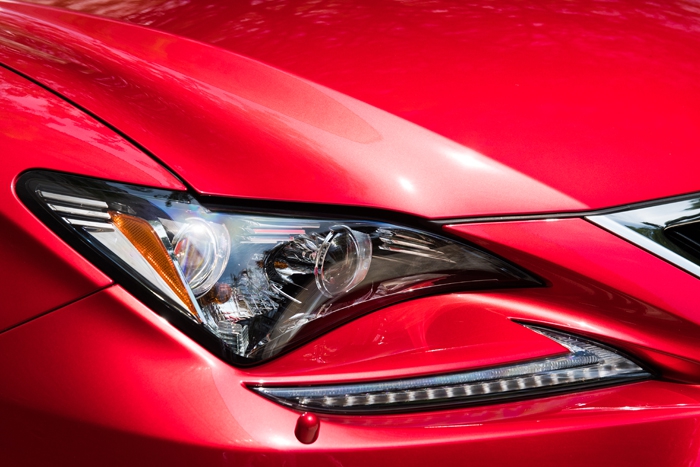 Instead of sticking to ‘safe’, Lexus has now incorporated so-sharp-it-cuts manga-inspired aesthetics and katana-slashes to create stylised ‘L’-shaped motifs to its current crop of cars, the RC included, so they possess a visual identity that blends East-with-West, which is distinct from that of the brand’s German counterparts. 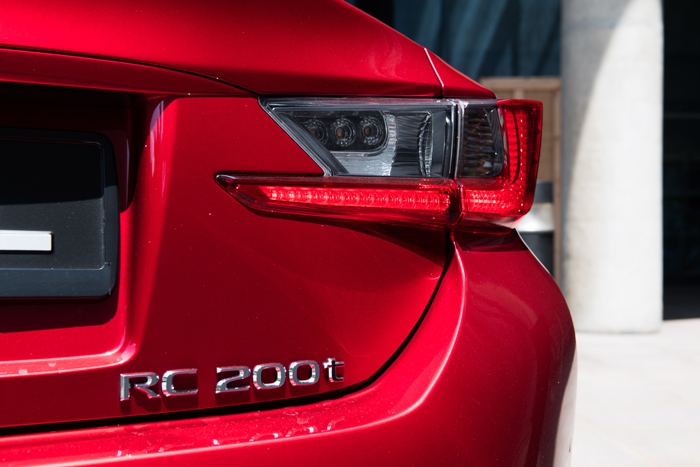 Moreover, the RC was engineered as a unique model, as opposed to merely creating a derivative of the IS sedan, so the engineers were unfettered as far as design and package was concerned.

In profile, the coupe roofline is simple and minimalist, but the details around the front and rear lights more than make up for this. This juxtaposition of simple and complex echoes the fusion of East-West aesthetics, as well as the sublime-and-sporty drive of the RC Turbo.

We’d previously sampled the glorious RC F, with its operatic, full-bodied nat-asp V8 and also the RC 350, which made it into our 2015 Cars of the Year for its sweet balance and sweeter V6. This time around, Lexus has rolled out the RC Turbo and discontinued the RC 350, and at its heart is a turbocharged two-litre four-pot. 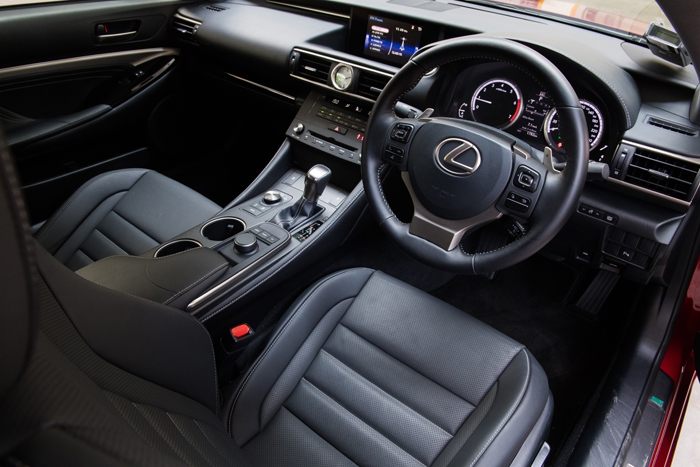 Now, before you start gathering the lynch mob, we should qualify that you’ll be doing yourself (and the brand) a disservice if you don’t give it a buzz around the block first, preferably down a series of twisties while you’re at it. After you’ve tasted the sweet V6 of the RC 350 and the GS F’s piquant V8, it’s hard to imagine a four-pot stacking up to the two, but it admirably holds its own. Instead of a huge variety of RC variants, Lexus now just has two for Singapore: the F and this 200t.

The two models cater to the opposite ends of the performance spectrum, but this doesn’t mean the latter is lacking when it comes to driving fun, because we discovered it’s far more than just another pretty face. For starters, the ride on the 18s is pliant and the 8spd auto serves up slick, seamless shifts when you’re trundling about. There’s just enough shove from the two-litre to nip around town without feeling like you’re overworking it. Like the other cars in our menagerie, it grabs eyeballs as we roll by, and not just because of the luscious colour either. People tend to mistake fast for fun, but there’s more to having a rolling good time than just outright speed, especially if all you’ll be doing is flashing around in Singapore. For starters, the four-cylinder at the heart of the RC Turbo is surprisingly smooth, even when worked hard – it delivers a creamy pull as you work your way up through the gears. 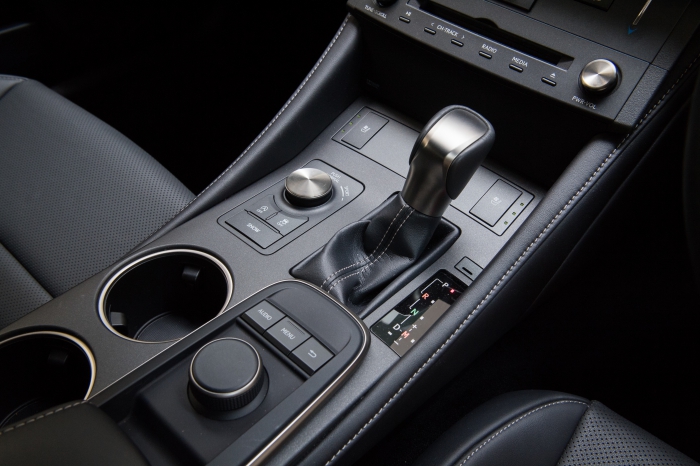 The RC’s gearshifts are crisp and easily rival the popular ZF 8spd, which sees service is so many of its rivals. The stability system helps prevent any heart-in-mouth moments, but advanced drivers can enjoy some giggles on low grip surfaces with it off. The steering is light but never short on feel, so correcting is never guess-work.

With the RC Turbo, there isn’t that sort of gut-punch in terms of outright performance that creates a lot of drama, because that’s not the way Lexus rolls. Even on the high powered GS F and RC F, the delivery is always civilised – you won’t get that sort of staccato-surge-spurts in acceleration that feels impressive from one traffic light to the next, because the RC Turbo has been tuned for linear performance; it’s not moderate or restrained by any stretch of the imagination, just well-modulated for measured progress. 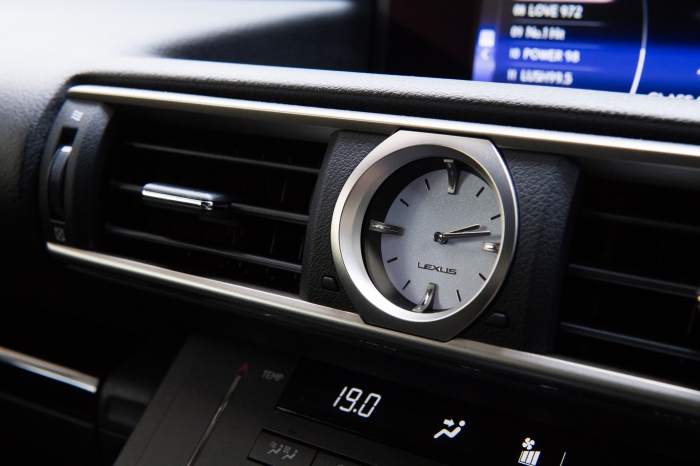 Like all the other cars we’ve gathered, the RC Turbo makes a case for itself as a credible alternative to the usual Teutonic suspects, particularly because a Coupe isn’t something that is expected to blend into the madding crowd. Whoever said it is better to be safe than to be sorry never got it more wrong... 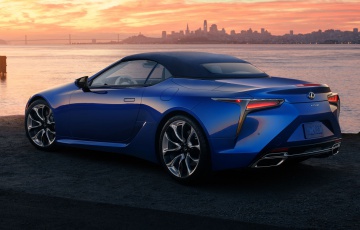 Lexus LC Convertible: now with its roof UP

New pics emerge of the lovely LC with the roof closed. Is it still... lovely?