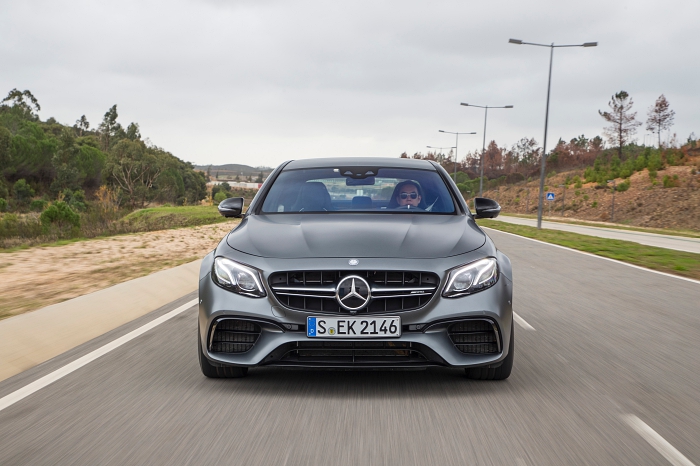 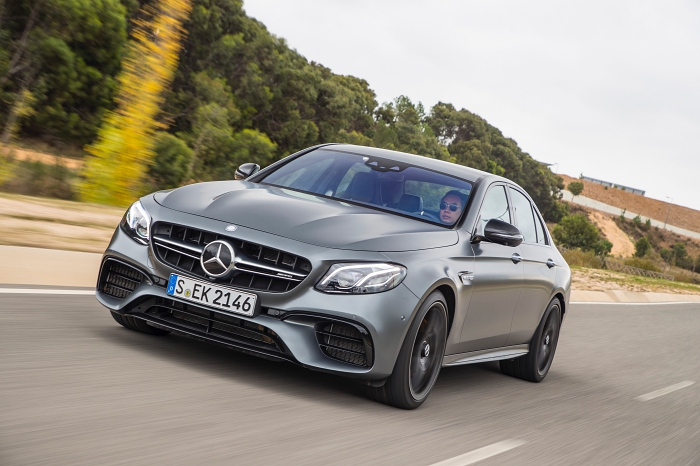 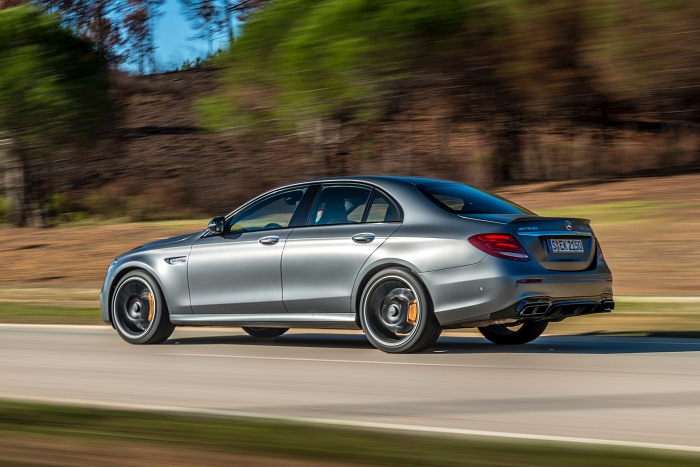 Portimāo, Portugal – Super-stealthy super-sports-sedans are about as cool as their wagon counterparts. After all, what’s not to like? Petrolheads who love driving more than posing appreciate what their cars say (or in this case, don’t say) about them, especially since it’s deliciously satisfying to ambush some pumped-up cockatoo strutting his stuff in one of those overtly-sporty sportscars that don’t  go very quick, yet have their exhaust bypass valves hot-wired permanently open… well, you know the type we’re referring to.

One needs to be mentally-prepared and self-assured for the anonymity such wolf-in-sheep’s-clothes bring with them, as their supercar-baiting credentials are only appreciated by the cognoscenti – this inner circle of petrolheads that venerates such sleeper hits is more intrigued by what it doesn’t see, as opposed to what it does.

If you’re the sort that needs constant validation through your earthly possessions, then such stealthy Q-cars aren’t for you, because they are the antithesis to all the loutishly loud, garishly coloured or big-winged sportscars out there. As far as the executive super-sports segment is concerned, Merc’s AMG, BMW’s M and Audi’s RS have long been purveyors of this genre. Yes, you could rattle-off all the past contenders including the seminal Lotus Carlton. 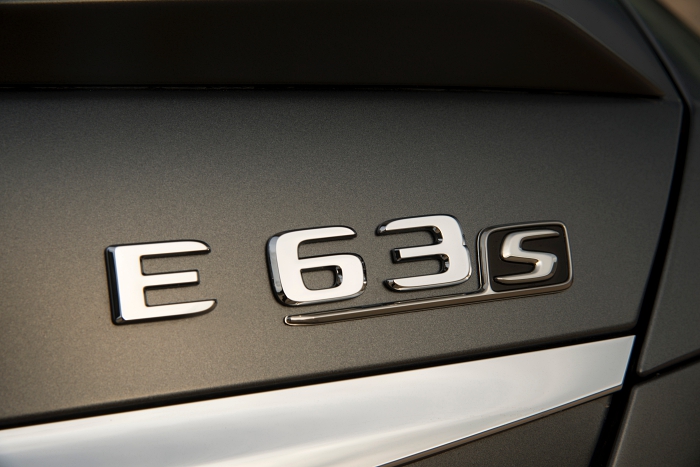 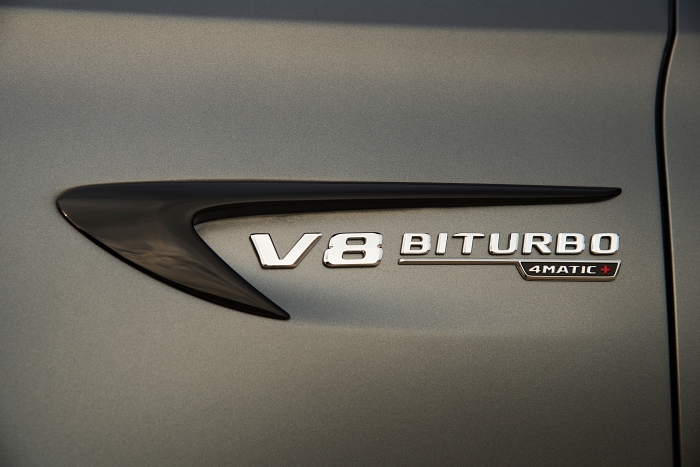 We could too, but this Teutonic trio has persisted with sufficient continuity and commitment over the past 20 to 30 years since the first iterations of the E-Class AMG, M5 and RS 6 respectively became big blips on petrolheads’ radars.

Apart from Audi’s all-wheel-drive quattro mile-munching RS/S cars, AMG and M have been proudly rear-driven, especially since the automotive collective concurs that serious driver’s cars have to be thus… up until now that is. All variants of the E 63 will now run on Merc’s 4Matic+ all-wheel drivetrain.

This wasn’t always the case though – last generation’s biturbo’d 5.5-litre W212 E 63 S was 4matic only (no ‘+’) for LHD models; right-hand-drive countries like Singapore enjoyed it in a purist-preferred rear-drive flavour, which suited the sideways hoonigans to a tee.

‘4matic+’ refers to Merc’s new trick variable all-wheel drive system, which is capable of channelling 100 per cent of the power to the rear wheels on-demand. We reckon that such variable all-wheel drive systems are an elegant solution to cope with increasingly powerful engine outputs, as opposed to intrusive traction control systems that end up impeding brisk progress.

With modern turbos tuned to deliver huge outputs – inadvertently upturning the holistic ‘simplify and add lightness’ philosophy – any weight ‘penalty’ associated with all-wheel drivetrains is no longer an issue (in this case, the E 63 S tips the scale at 1.9+ tonnes).

In the performance arms race that has spawned faster and faster machines, manufacturers are under pressure to keep drivers, passengers and other road-users safe in the event of high-speed accidents, which means more electronic nannies and levels of active and passive intervention that need to be consciously disabled by the driver. 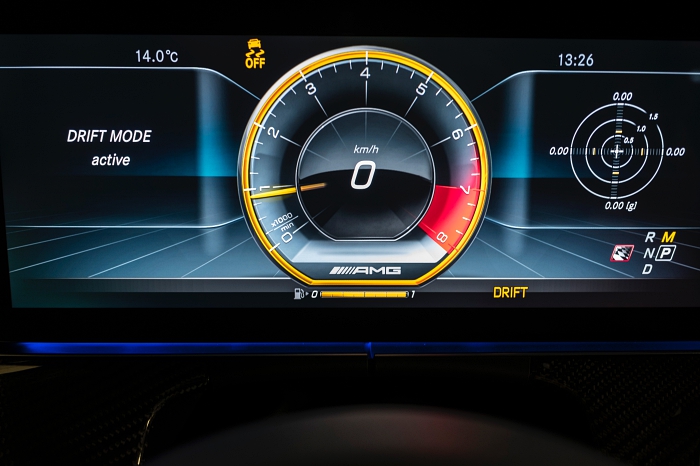 Case-in-point is the E 63 S’s ‘Drift’ mode for unfettered rear-drive performance; this darker alter ego is as delightfully incongruous as you can get for such a cross-continent cruise missile.

Considering its no-holds barred status (all electronic gloves are off), it’s not as simple to engage as you’d imagine – AMG may have made initiating Launch Control on the new model a doodle with the conventional brake-gas pedal combo, but ‘Drift’ now requires the same kind of dexterity and commitment previously reserved for Launch Control. It’s AMG’s way of asking, “Are you sure?! Confirm-chop-stamp please!” 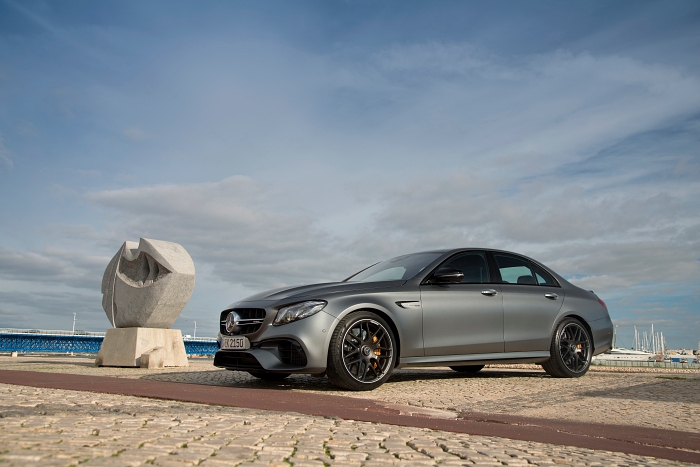 BMW and Audi have kept it straightforward with model nomenclatures, with a simple ‘M’ or ‘S/RS’ used with the model designation. Mercedes-AMG though, reinforces the memory of its big-capacity racing ‘Hammers’ of yore with two-digit numerals (versus the regular models’ three-digits) originally intended to represent the engine displacement.

However, engine downsizing due to increasingly restrictive emissions standards means the ‘63’ in the latest E 63 S no longer refers to a monstrous 6.0-litre, but instead points to the 4.0-litre at the heart of the new model.

AMG was a third-party engine tuner for Mercedes-Benz cars until its partial and then, complete acquisition by Daimler. Prior to the first all-AMG model, the 1990s W202 C 43, previous models bearing the ‘AMG’ moniker were tuned Mercedes-Benz Franken-cars (in a good way, that is).

Fans of AMG will realise the 1990s W124 E-Class saw the most performance variants, and true to Q-car form, they looked unassuming unless you knew what to look for. The tally included the Porsche-fettled 500 E (later badged E 500), E 36 AMG and the 300 E AMG ‘Hammer’ – this last was available in various big engine choices that topped-off at 6.0-litres.

True to original ‘Hammers’, you never feel short-changed because the latest model’s biturbo V8 is tuned for 612bhp and a mighty 850Nm (this is the most powerful E AMG yet), so this hammer will deliver a massive and sustained pounding when you keep your foot down… and that sensation of superlative speed will hook you like a bad narc habit so you’ll keep going back for more!

Although hard numbers tell only half the story, we’ll still put the AMG’s figures in perspective: the Huracan boasts 610hp/560Nm and the 488, 660bhp/760Nm. 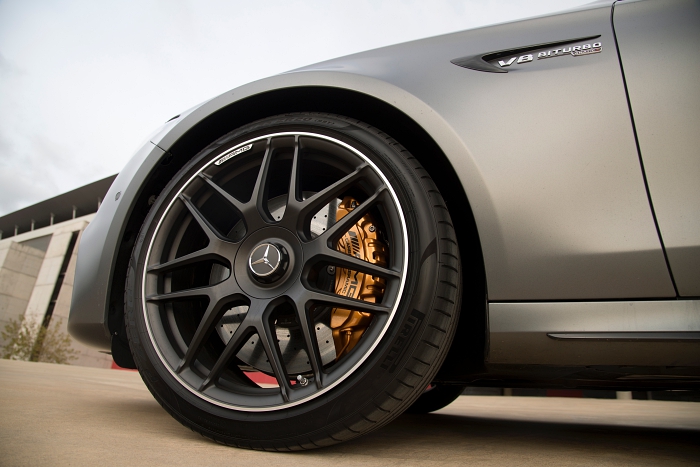 Like the GT S and C 63 S, the E 63 S’s pair of turbos (twin-scroll for the E) is positioned in a ‘hot-in-V’ configuration, that is, they sit between the cylinder banks of the ‘V’ engine, as opposed to on the outside of the banks.

This configuration is great for packaging, because it allows for compact engine proportions; the other important benefits are technical, since it improves turbo efficiency and response, as well as reduces lag.

Although AMG has been the first to embrace this decades-old turbo configuration (it was used in turbo’d Ferrari F1 cars in the 1980s), it certainly won’t be the last – Porsche’s new Panamera Turbo also features the same layout.

Matte colours have been with us for awhile, but can look dated in some applications. It’s dependent on body-style and design, but we think it works on the E 63 S. Like the GT S we last drove in Singapore, our E 63 S demo-car is in Selenite Grey Magno, with ‘Magno’ designating the non-metallic finish of the colour.

Even to these jaded eyes, the muscular organic lines, aggressive front-end and ‘phat’ stance of the new W213 lend themselves well to the colour, and underscores the stealthy menace of the AMG model as it prowls the streets and highways that comprise the bulk of its stomping grounds.

Apart from front and rear ‘E 63 S’ badges, there’s a ‘biturbo 4Matic+’ mouthful on the fenders and that’s it. The other cues that clue one into its outré status require an intimate understanding of the regular E’s normal appearance so you can appreciate the performance functional styling, wide-body and powerful stance of the AMG model. Turbos used to be characterised by huge lag, especially if they were pushing big boost figures. However, the depth of reserves from the biturbo’d 4.0-litre V8 is monumental from just over 2000rpm, and while it doesn’t serve up the initial explosive ‘go-go-go’ like the RS 6, the relentless charge towards the horizon that accompanies the rev needle’s redline blitz never needs to come up for air – hold your breath and you’ll pass out before the surge stops.

On the wide highways, there’s no sense of speed until you take it to the smaller roads; a quick glance at the instruments turns disbelief into wide-eyed awe, even as you’re bludgeoning the apices with the same kind of wild abandon that Thor wields Mjolnir to smite the Frost Giants. This is no scalpel-sharp instrument for finely slicing up corners; instead it dominates with its pure brute

The 9spd auto-box features a wet-clutch instead of a torque converter for more sporty responses, and for a car expected to see plenty of time on real-roads and highways, the shifts are authoritative and never feel compromised, even on laps around the Algarve Circuit, with each shift punctuated with a deep detonation and corresponding slingshot up the road. Body-flex is well-controlled on both winding roads and track, and you can feel the all-wheel-drive working hard on the tighter damp roads to let you put as much power down as possible. Despite the sports suspension and large wheels, the ride quality never starts to slur even over surfaces made incoherent by poor patch-jobs.

As before, the E AMG’s function is to mow its way through cross-country miles with extreme nonchalance, and to this end it acquits itself well just as long as you have enough derestricted stretches of highway to use as a playground, or you’re no longer inclined to preserve the sanctity of your driving license.

It will knock-on the electronically-limited 250km/h in a few quick breaths, and the best part is it does this all in hushed comfort. AMG may have managed to fire the first salvo in the segment, but you can be sure Audi and BMW aren’t sitting pretty.

More importantly, AMG has demonstrated how versatile its variable all-wheel-drive system can be as it blends safe with scintillating in an unassuming, civilised package, which makes it the perfect disguise for those who prefer travelling under-the-radar. New S-Class gets face recognition and an augmented reality HUD, among MANY other things