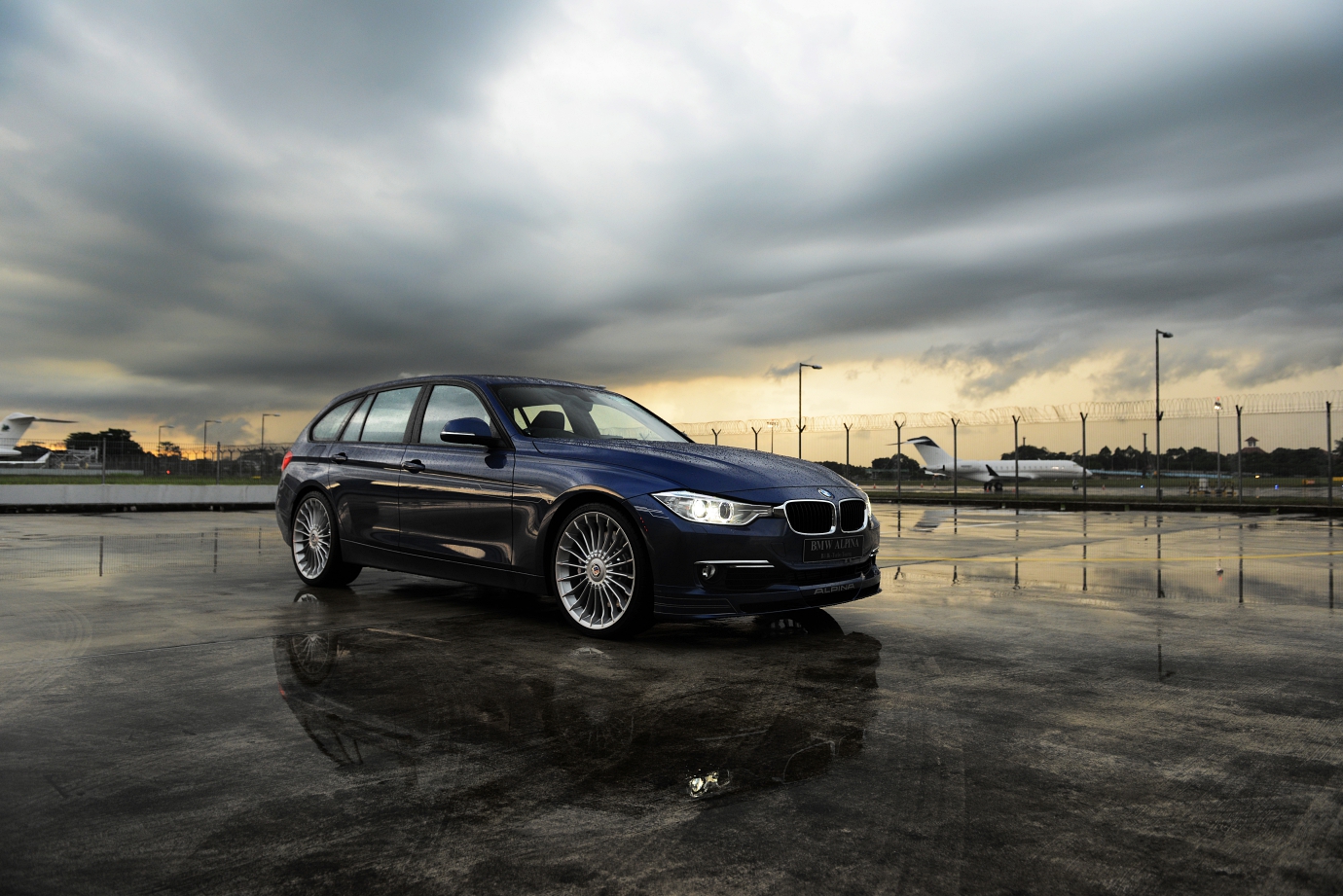 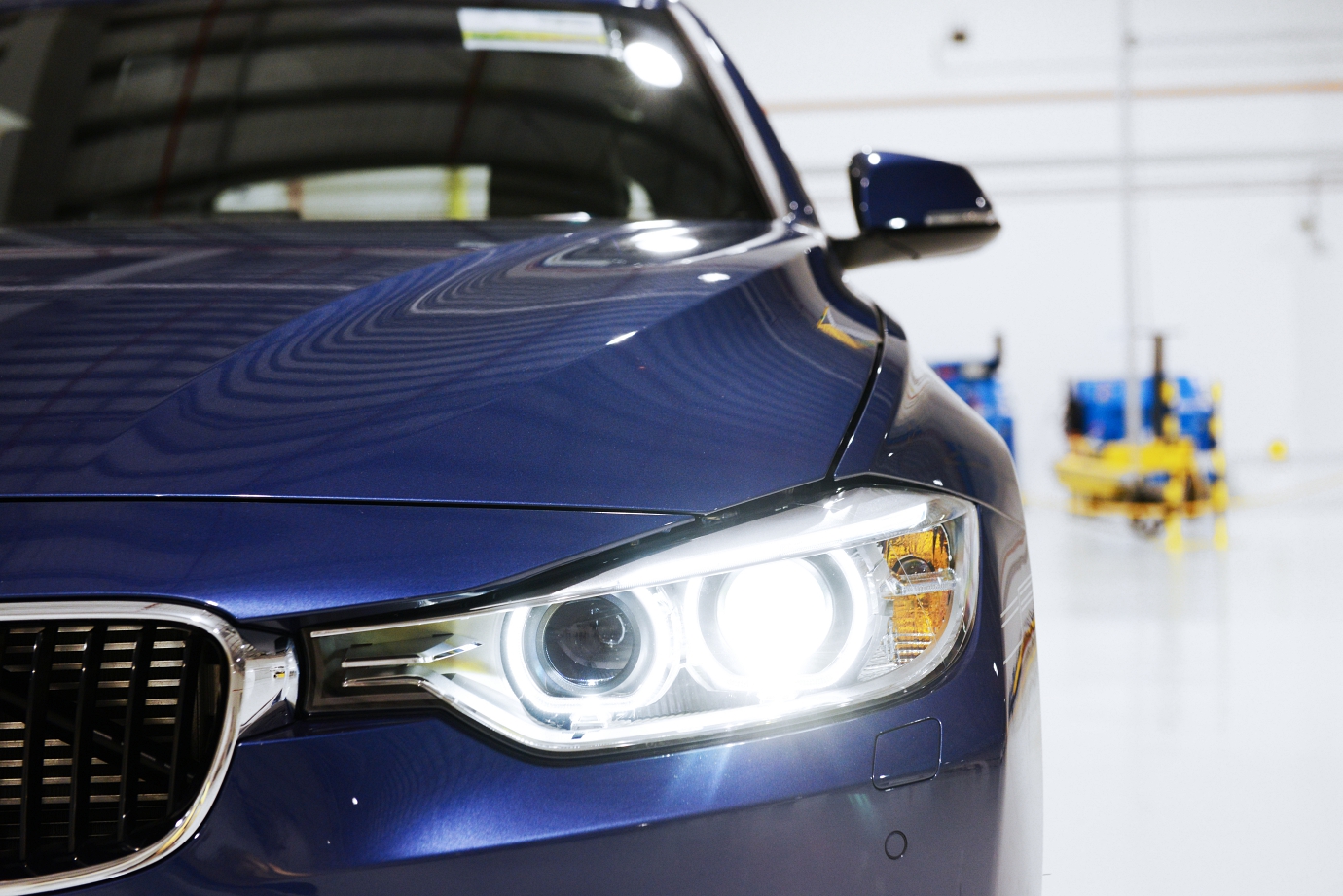 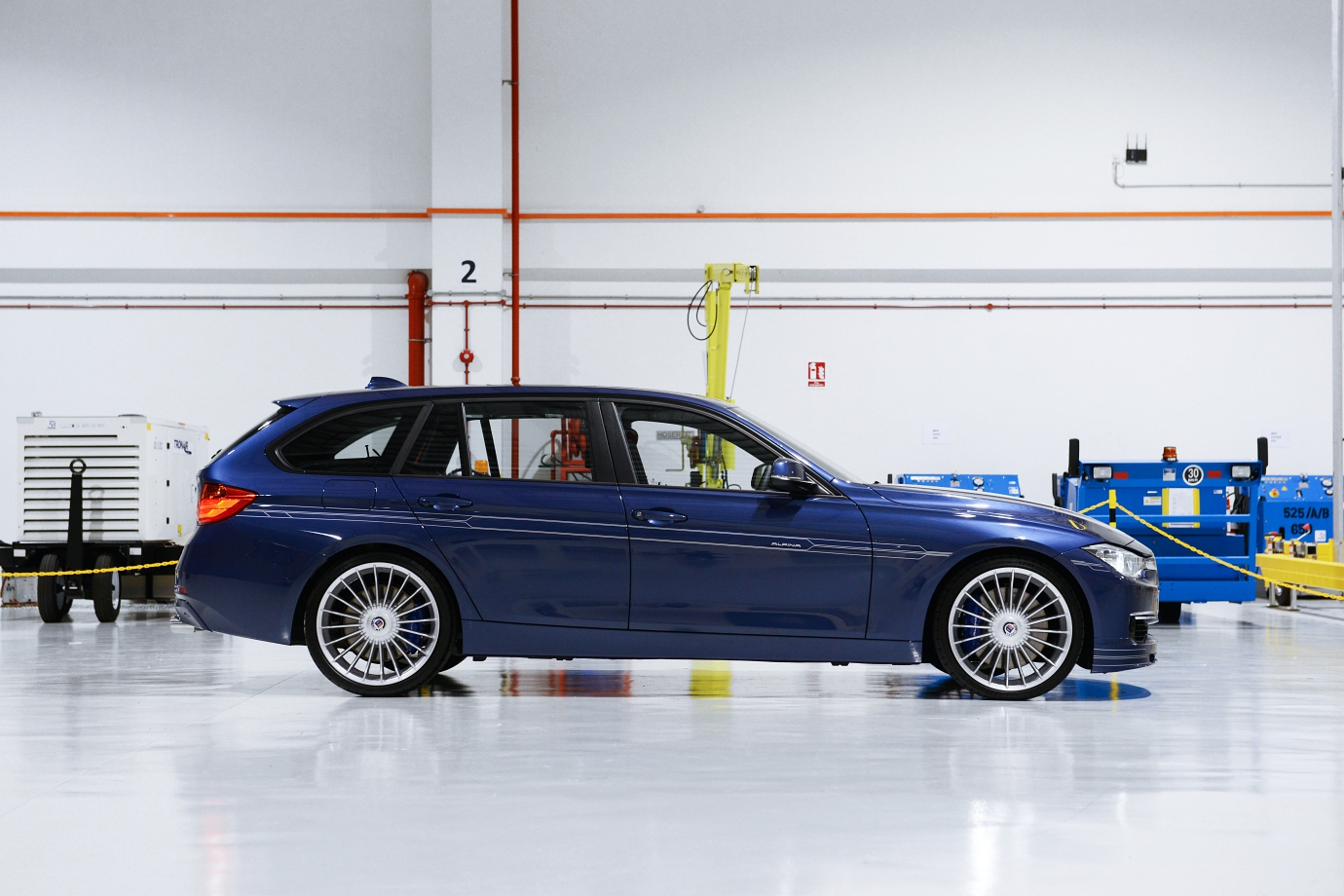 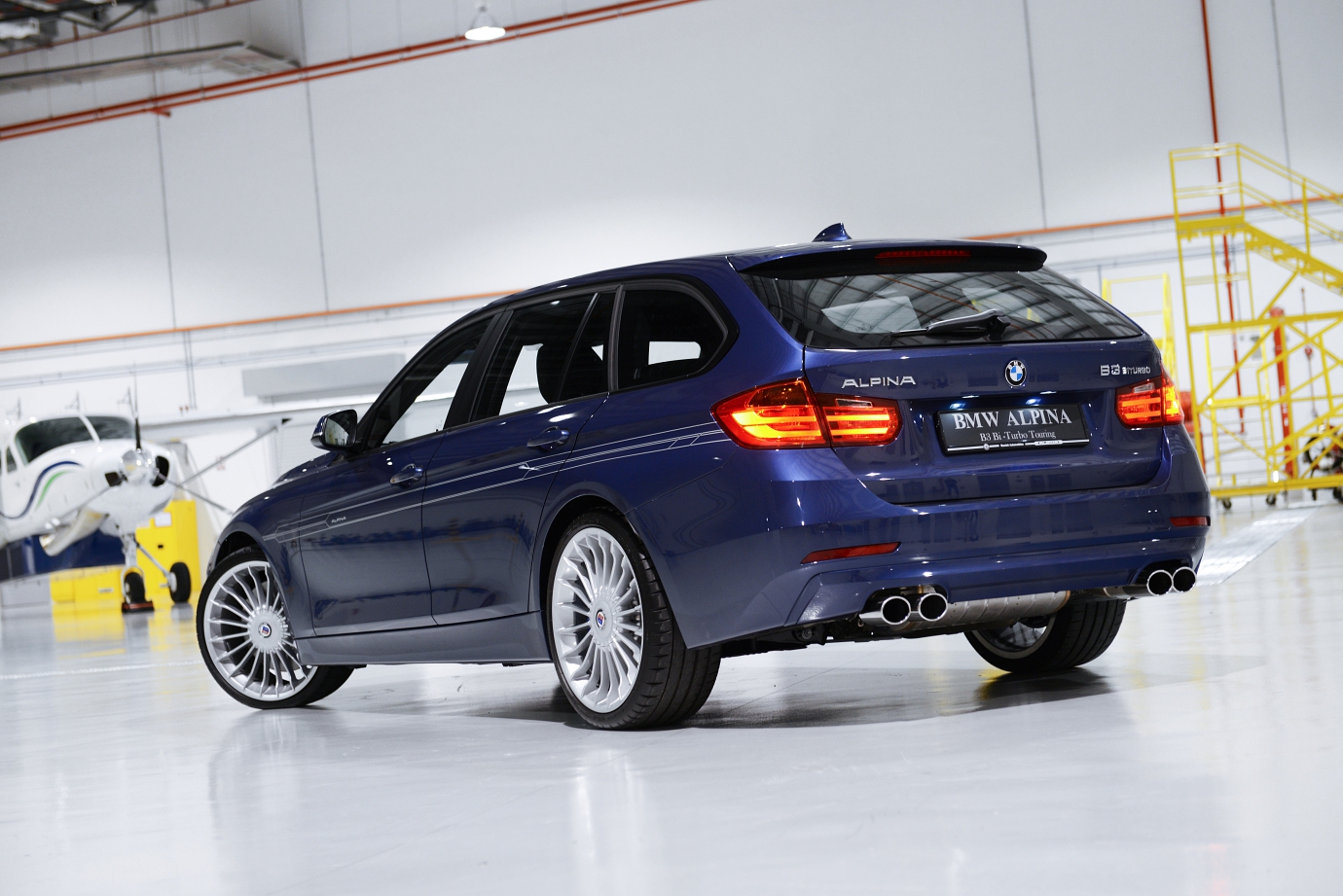 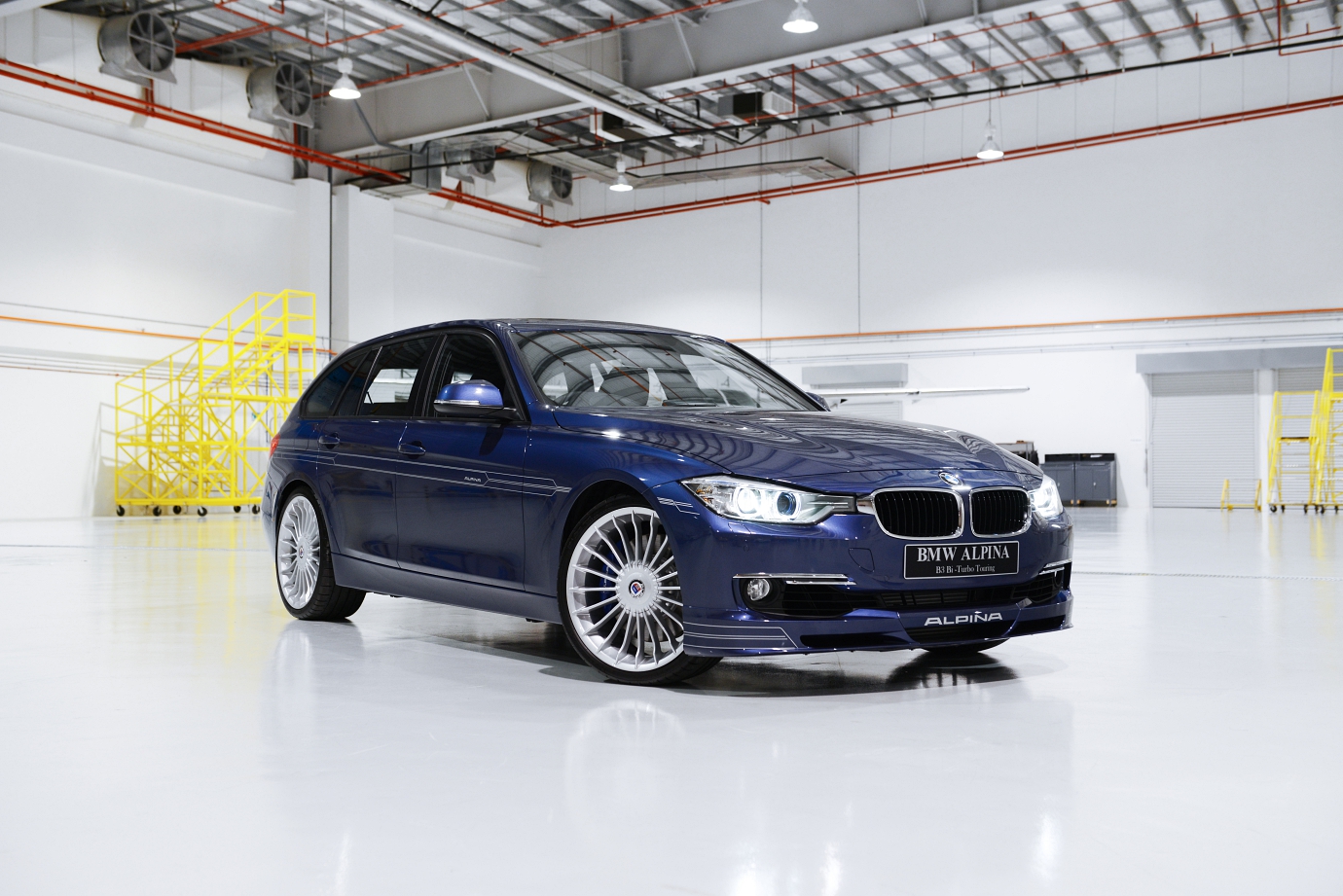 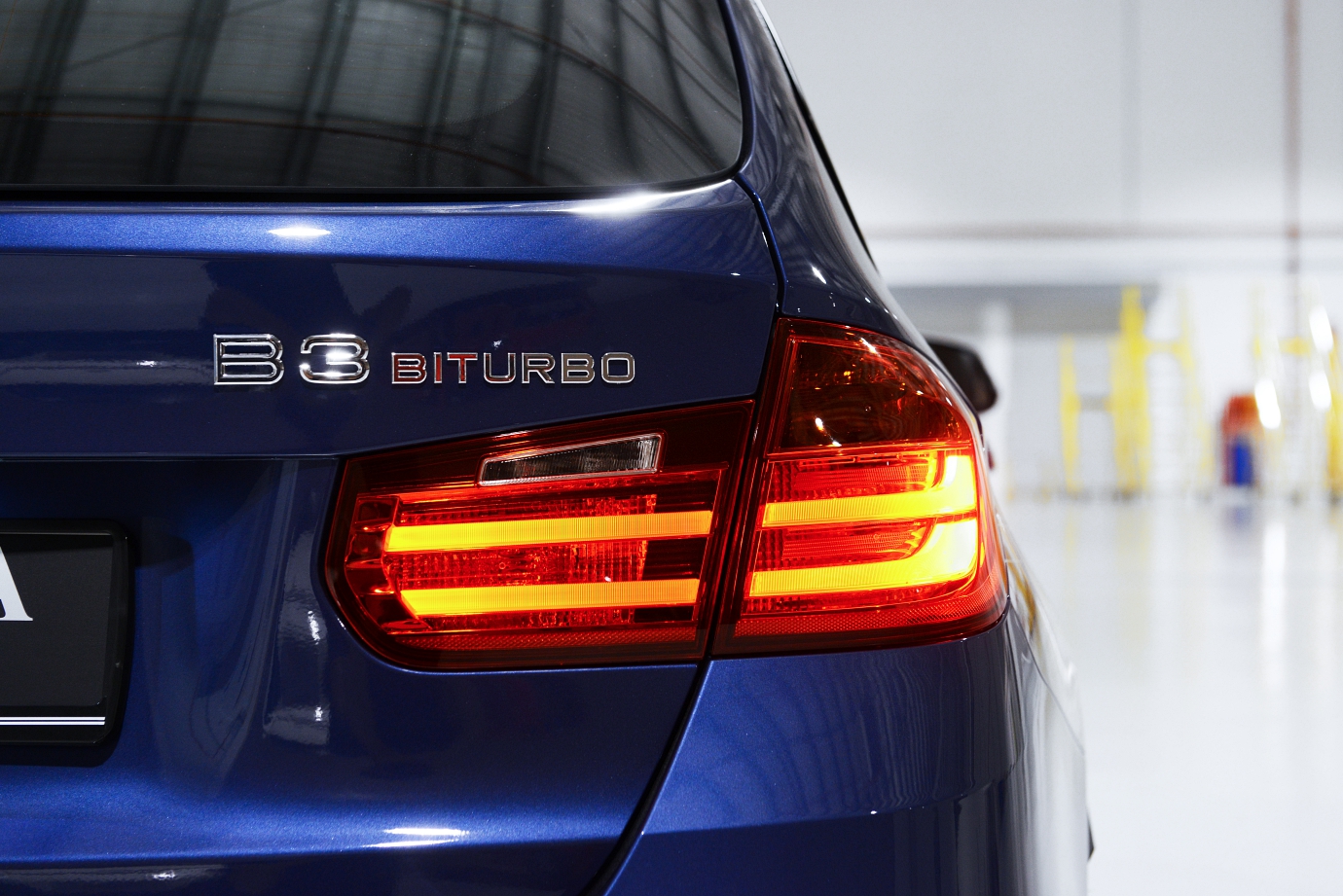 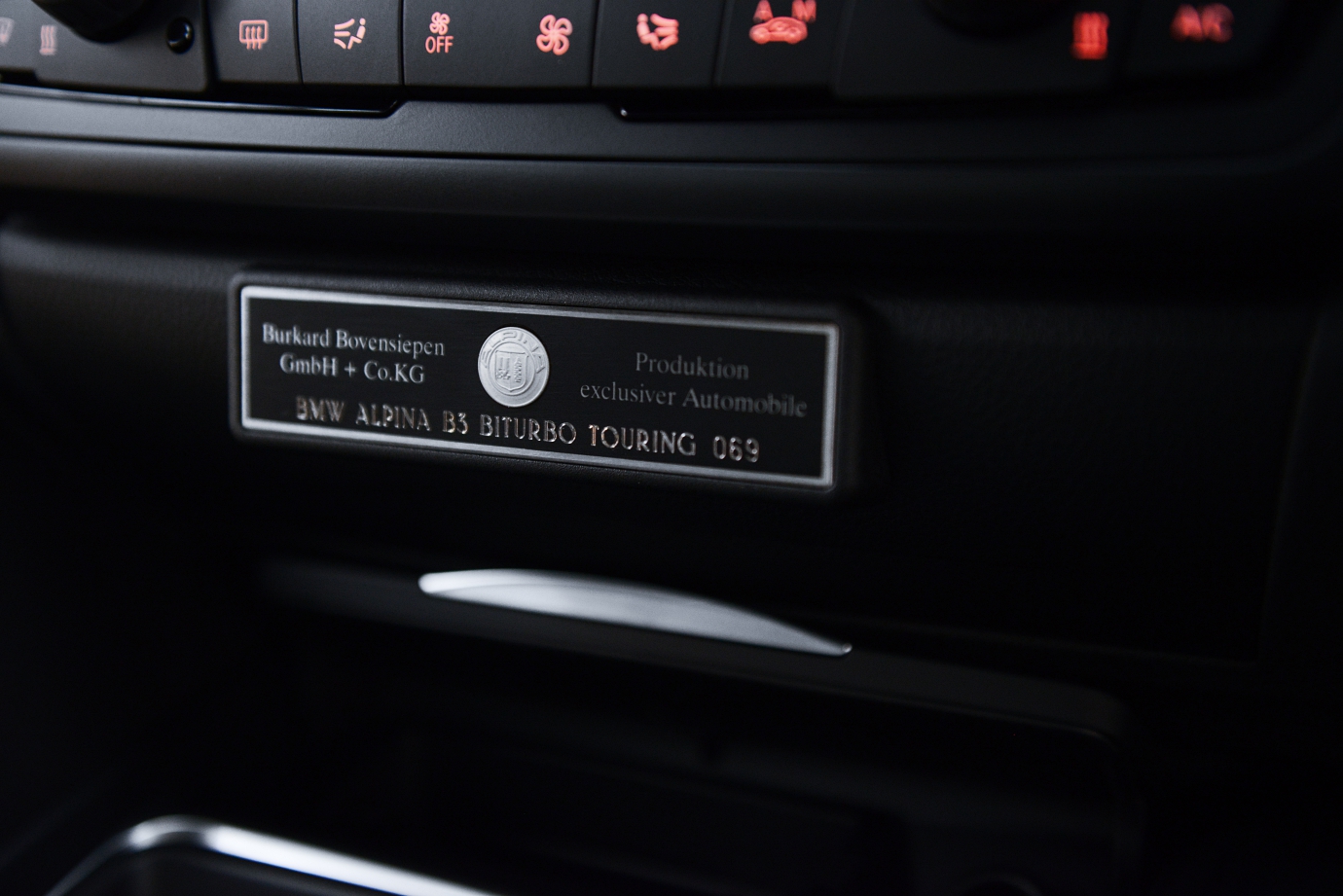 Singapore – Not all tuner brands are created equal. Alpina is in the enviable position of enjoying a close level of cooperation with BMW, such that its cars are assembled on BMW’s production lines, albeit with technical equipment that is bespoke to the Alpina models. This includes tweaked transmissions and chassis components – in other words, all the little bits that help to turn a BMW into the very best that it can be.

As a big volume manufacturer, cars tend to be engineered to cater to the lowest common denominator. What Alpina does is to refine every aspect of an already great car (in this case the 335i), from the luxurious cabin accoutrements to ride and handling, engine response and even exhaust note.

The B3 sedan was part of our 2013 Cars of the Year, but we’ve always had a soft spot for wagons, especially stealthy quick ones, so the B3 Touring enters the ring as our candidate for 2014, especially with its perfectly proportioned rear silhouette.

There are typically two colours fans associate with the Alpina brand, and our Touring demo is in one of them: Alpina Blue Metallic. The classic elements are all there, such as the Classic Wheels and Alpina Deco-Set decals, and help to bind all Alpinas together across the many generations of models.

In a classic example of less being more, the aesthetic attributes of every Alpina err on the side of understated subtlety. Even the aero, though functional, is perfectly integrated into the 3 Series’ styling so it looks evolutionary rather than aftermarket. 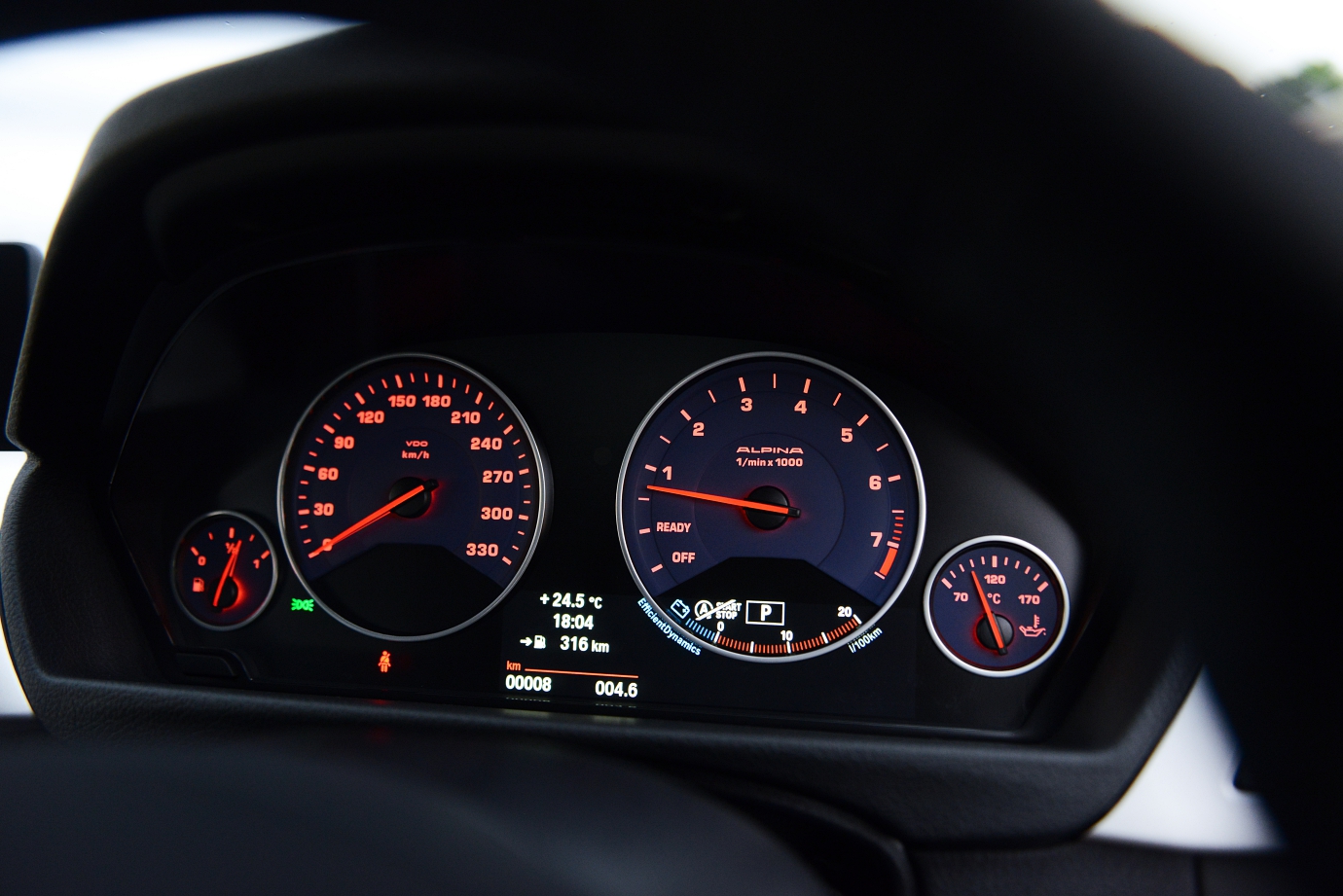 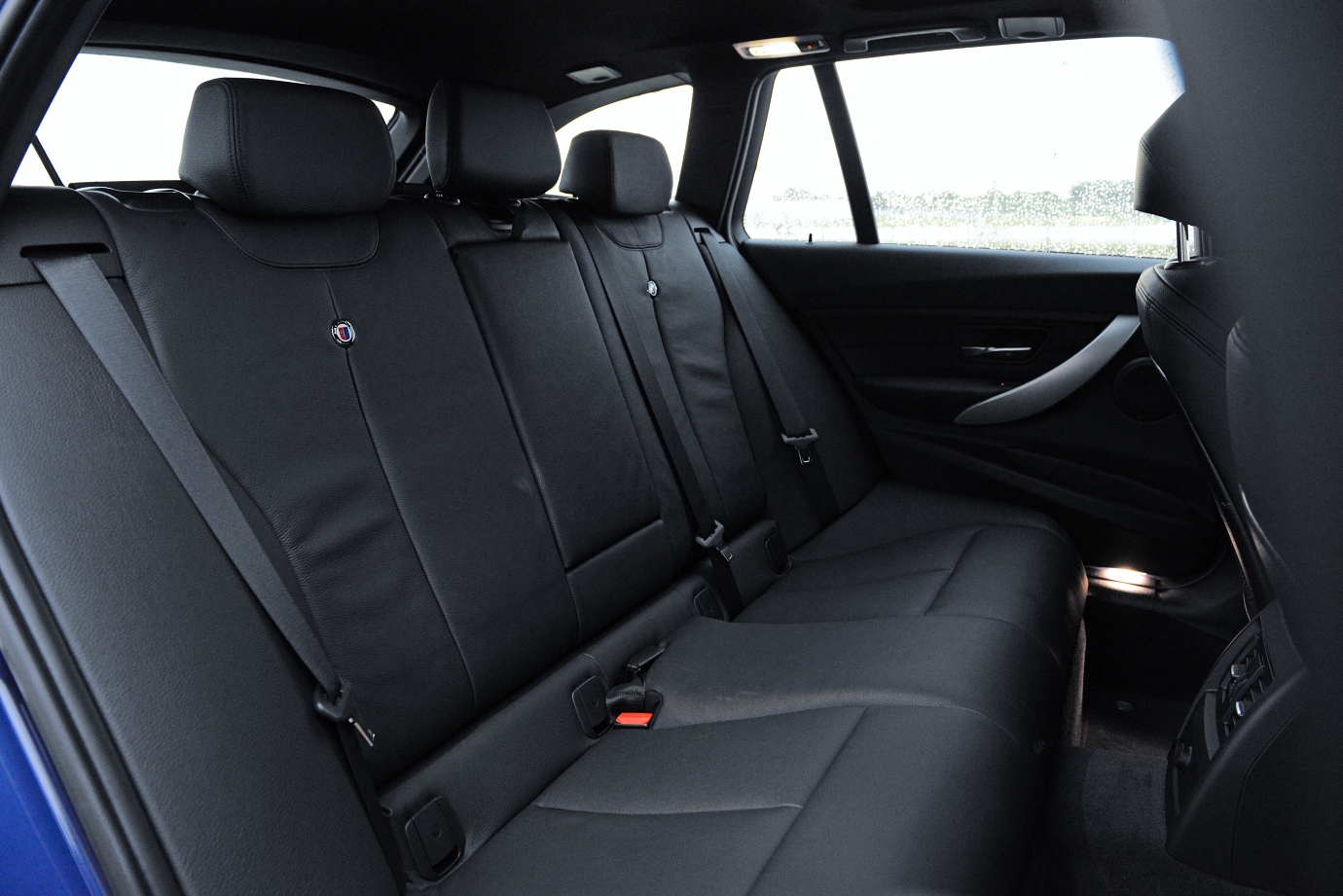 Like the sedan, the Touring’s exhaust system is Akrapovič, so it offers more than just a one-dimensional loud sound, but boasts a wide dynamic range that will cover softly coasting home at night (sonorous bass baritone), or flogged hard along a winding road where the note hardens into a glorious howl.

The bi-turbo six-cylinder’s delivery of forward propulsion is near ballistic, with the 100km/h sprint dispatched in 4.3 seconds. However, it’s the manner in which the individual components work together that really gives us the shiver-me-timbers, since there are cars that are only fast in a straight-line and there are cars like the B3.

The ride is perfectly composed to soak up all the bumps and grinds of bad roads, yet lets you raise the perfect storm and respond with confidence when the roads get winding. The B3’s fleet-footed progress isn’t just about straight-line pace, since it will happily show a clean set of heels to most contenders.

Like on the Jag, the B3 sees service of ZF’s competent 8spd auto transmission, which can alternate between softly slurred and hard-shifting in the blink of an eye, or more likely the twitch in the right foot.

Unlike the paddles found on the regular 3 Series, the Alpinas feature a button behind the steering wheel for up and down-shifts; these quickly prove intuitive to use and don’t look as obvious as the conventional flappy paddles. Opinion: BMW has bought Alpina. Where does it go from here?

BMW has bought Alpina. TG has some suggestions for how best to deploy one of our favourite brands…