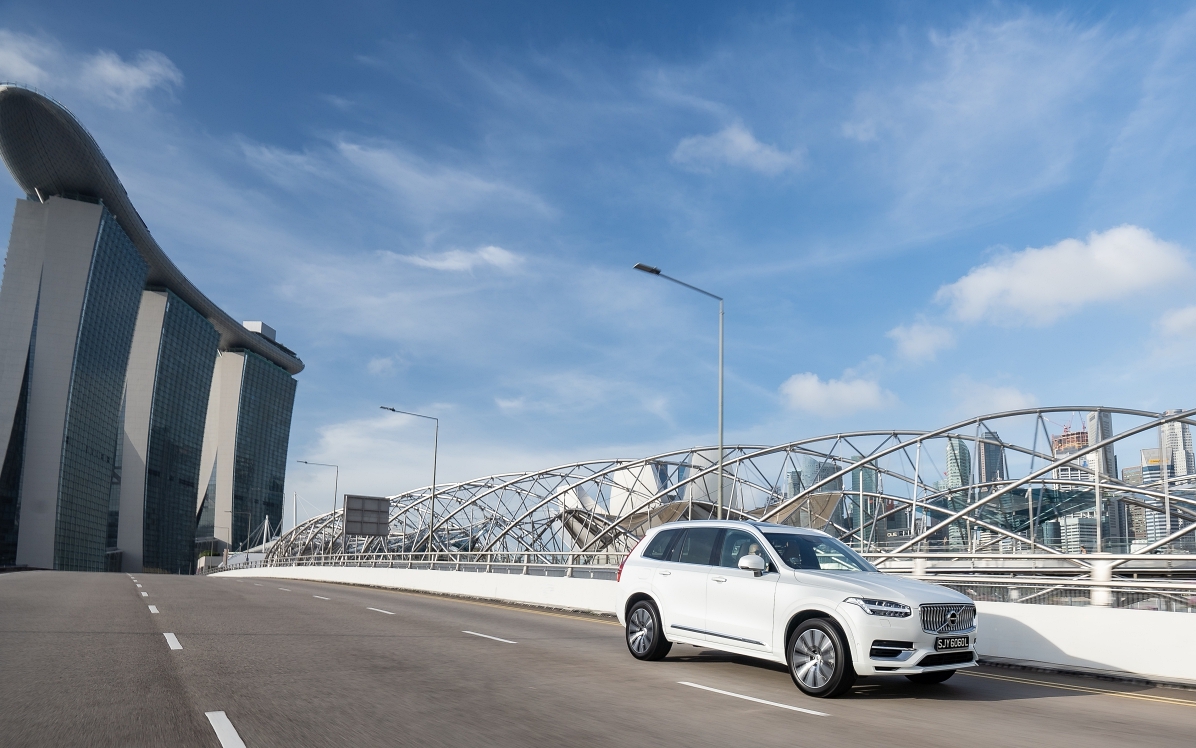 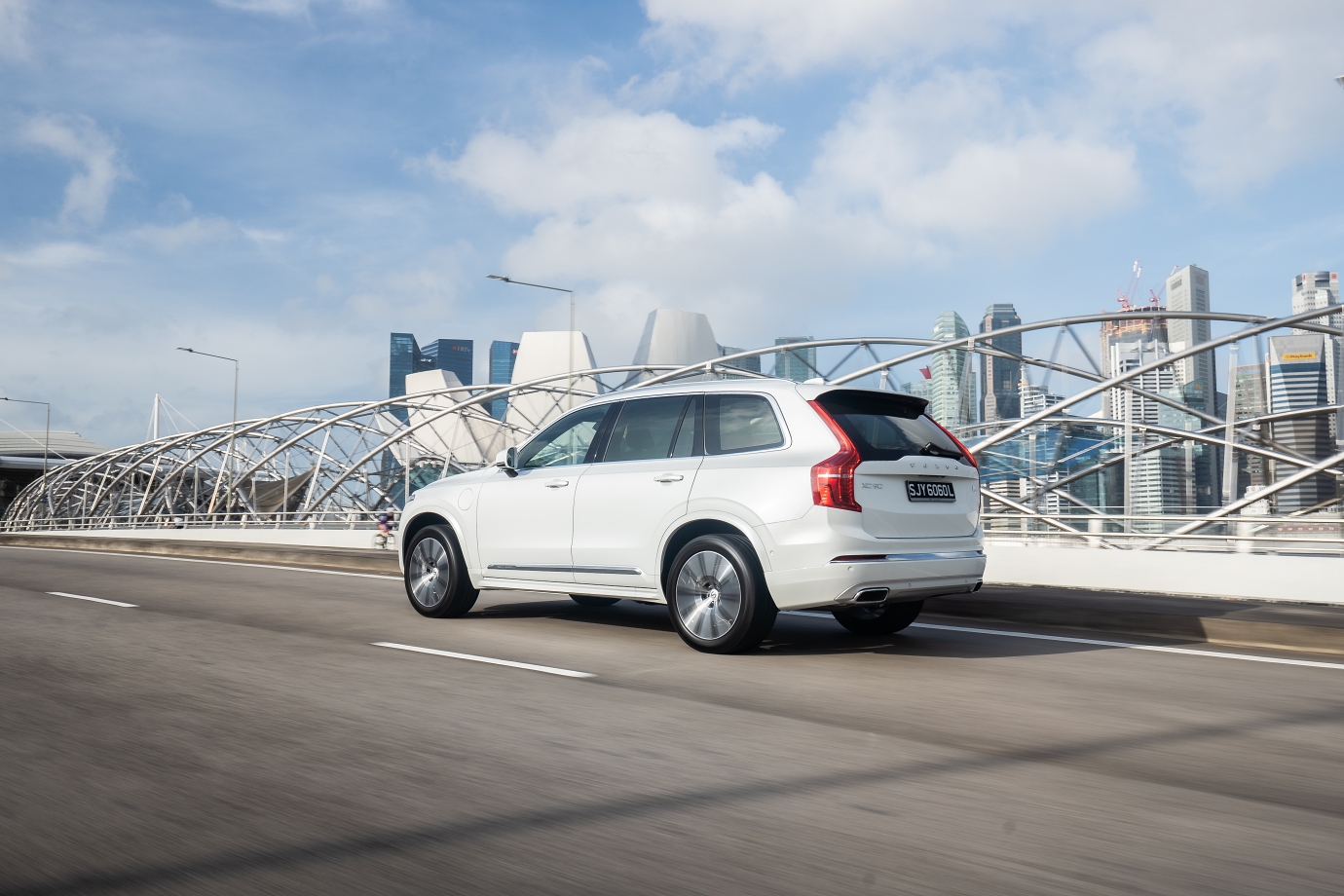 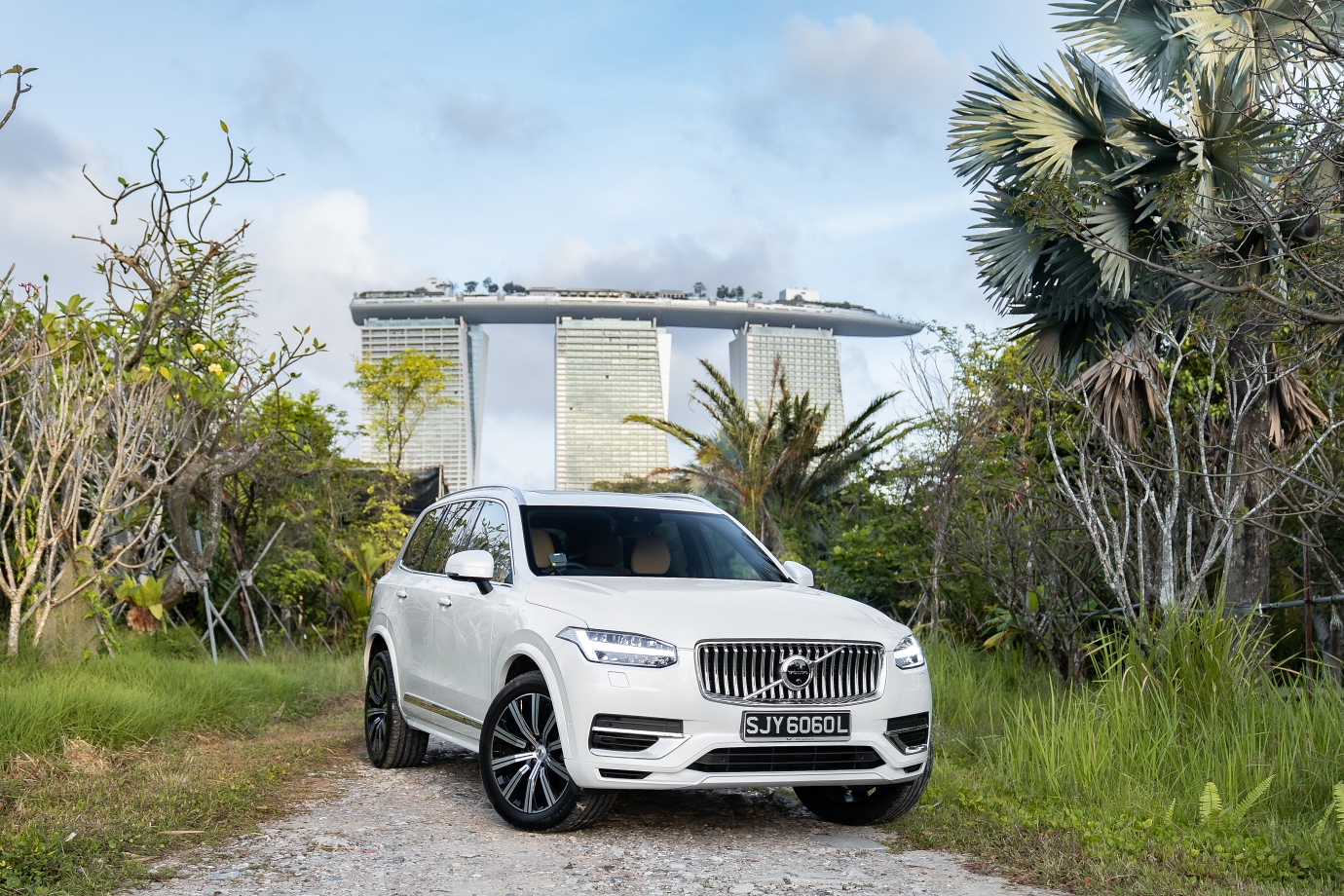 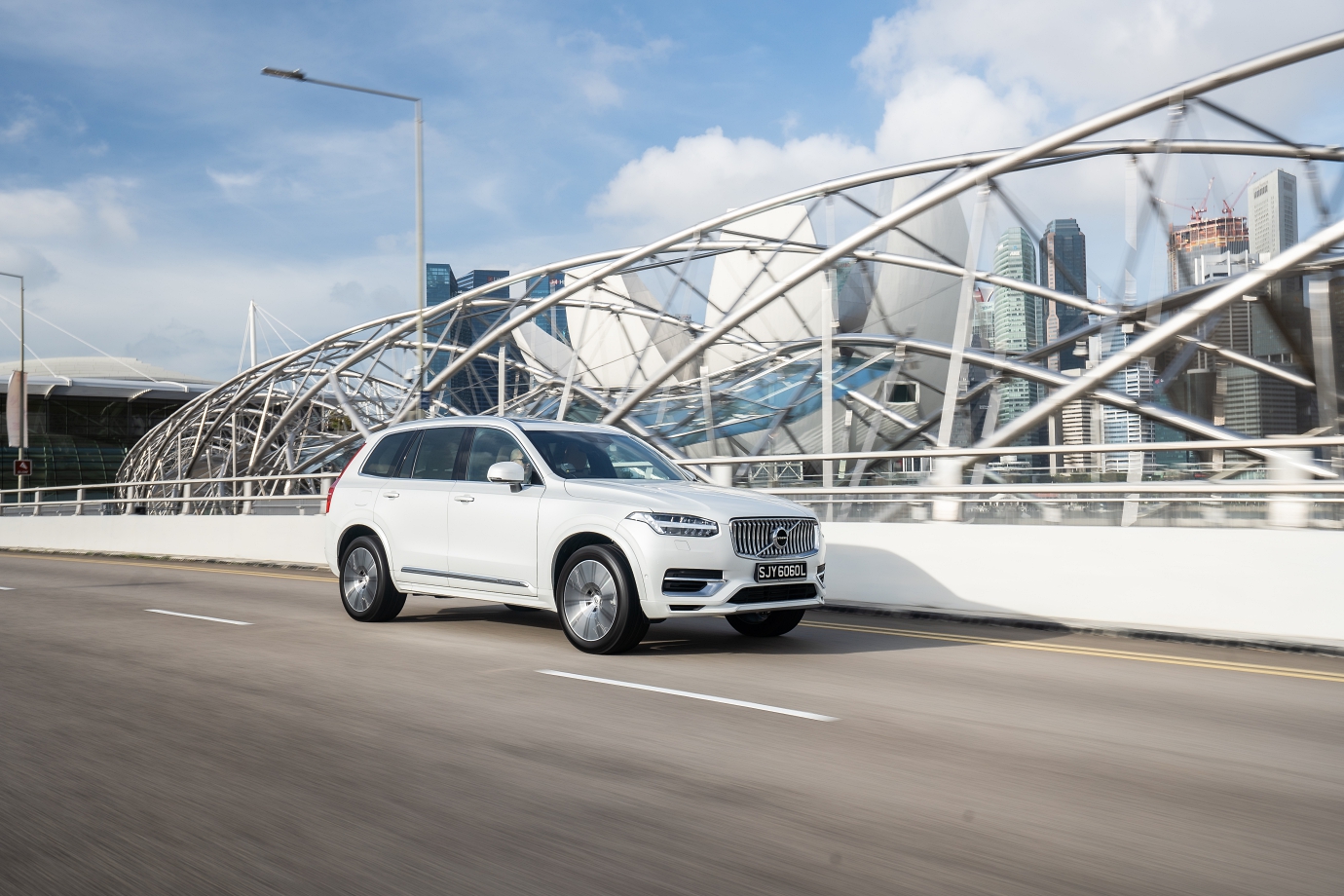 Singapore - We’re told ‘Inscription’ refers to the top-tier trim level in Volvo’s line-up, which sits above R-Design and Momentum respectively. You don’t get any more power, but it adds a tangible degree of poshness to the XC90’s seven-seat proceedings, from the supple Nappa leather interior with discreet Swedish flag tags on the seats, to the gleaming ‘Crystal Geartronic’ gearknob (it’s by Orrefors, if you’re curious).

The three variants in the XC90 range are inextricably bound to the respective trim levels (you can’t have a T8 R-Design or a T5 Inscription for instance), with about S$40k between each model that culminates in a hefty S$380k for the T8 version we’re testing.

The XC90 T5 Momentum kicks-off the range, followed by the XC90 T6 R-Design, and then comes the T8 Recharge – which is Volvo-speak for its plug-in hybrid models – in Inscription.

Volvos used to be ‘safe’ both in terms of ‘crash safety’, as well as in the metaphorical sense, where they were ‘dependable’ choices intended to show you were a ‘thinking person’ who bought a car for its substance, instead of status.

We should qualify though, in certain circles, the XC90 is regarded as the perfect 'stealth wealth' candidate, because it doesn't attract as much attention as the usual contenders, and more importantly doesn't lose-out in terms of lux accoutrements. 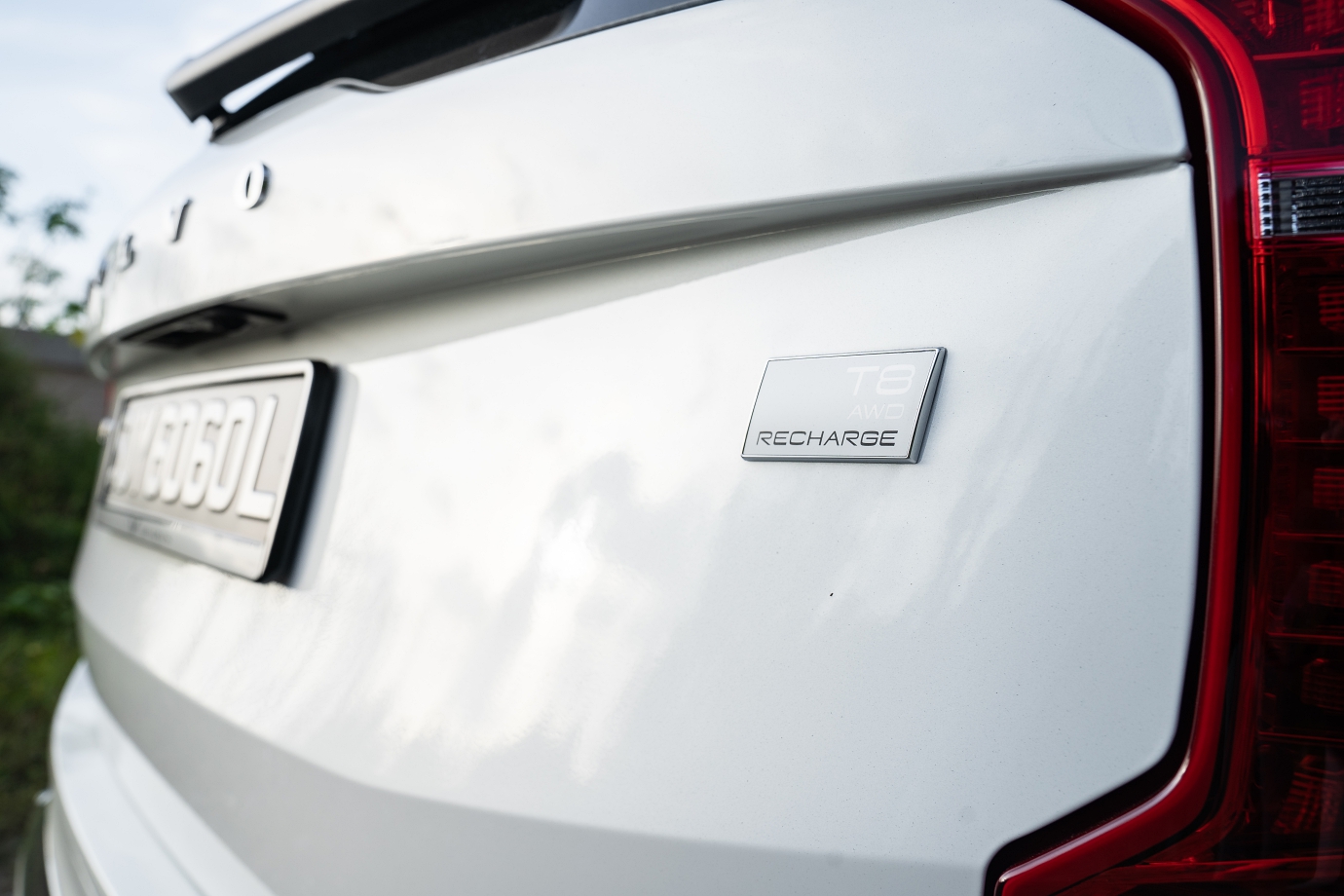 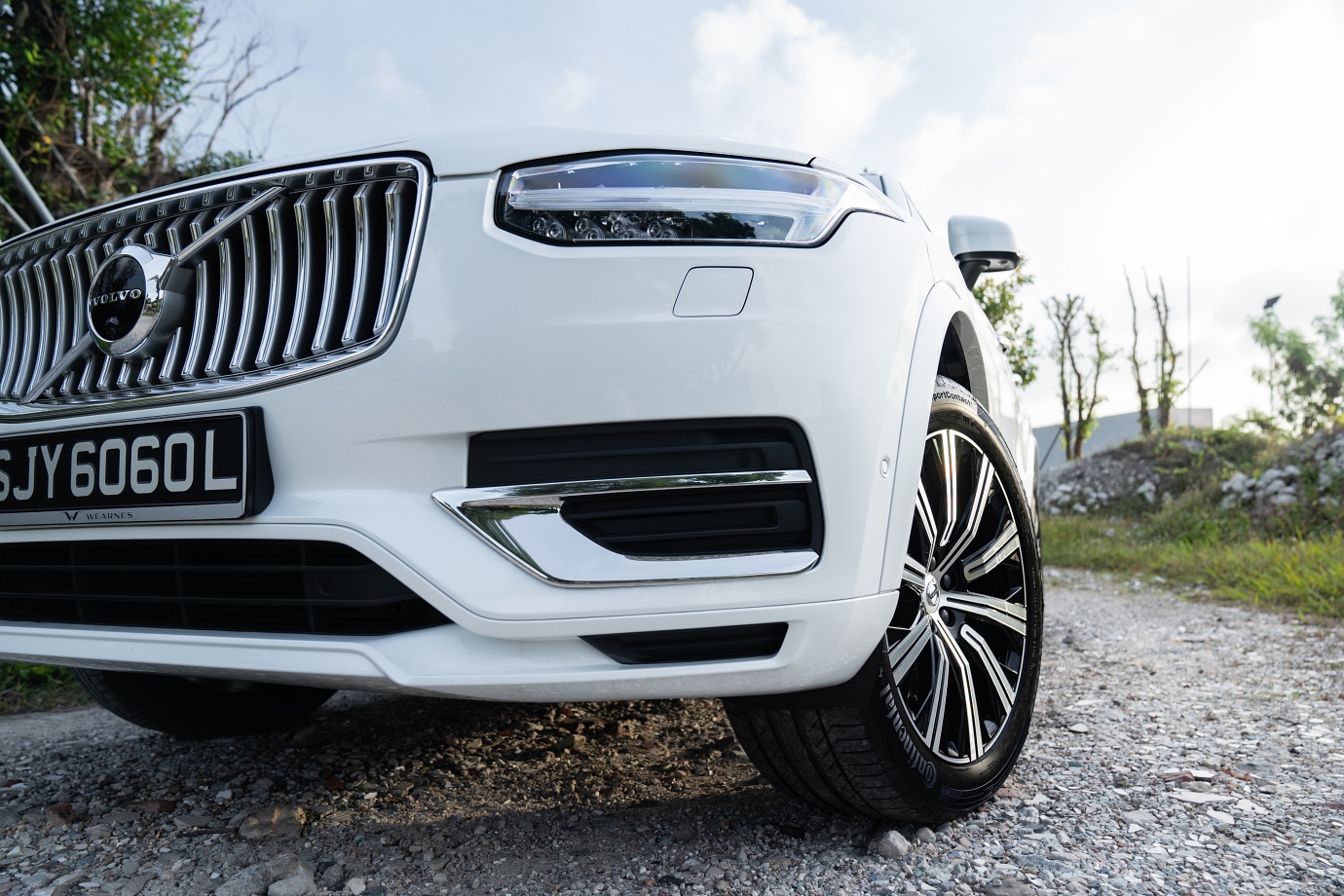 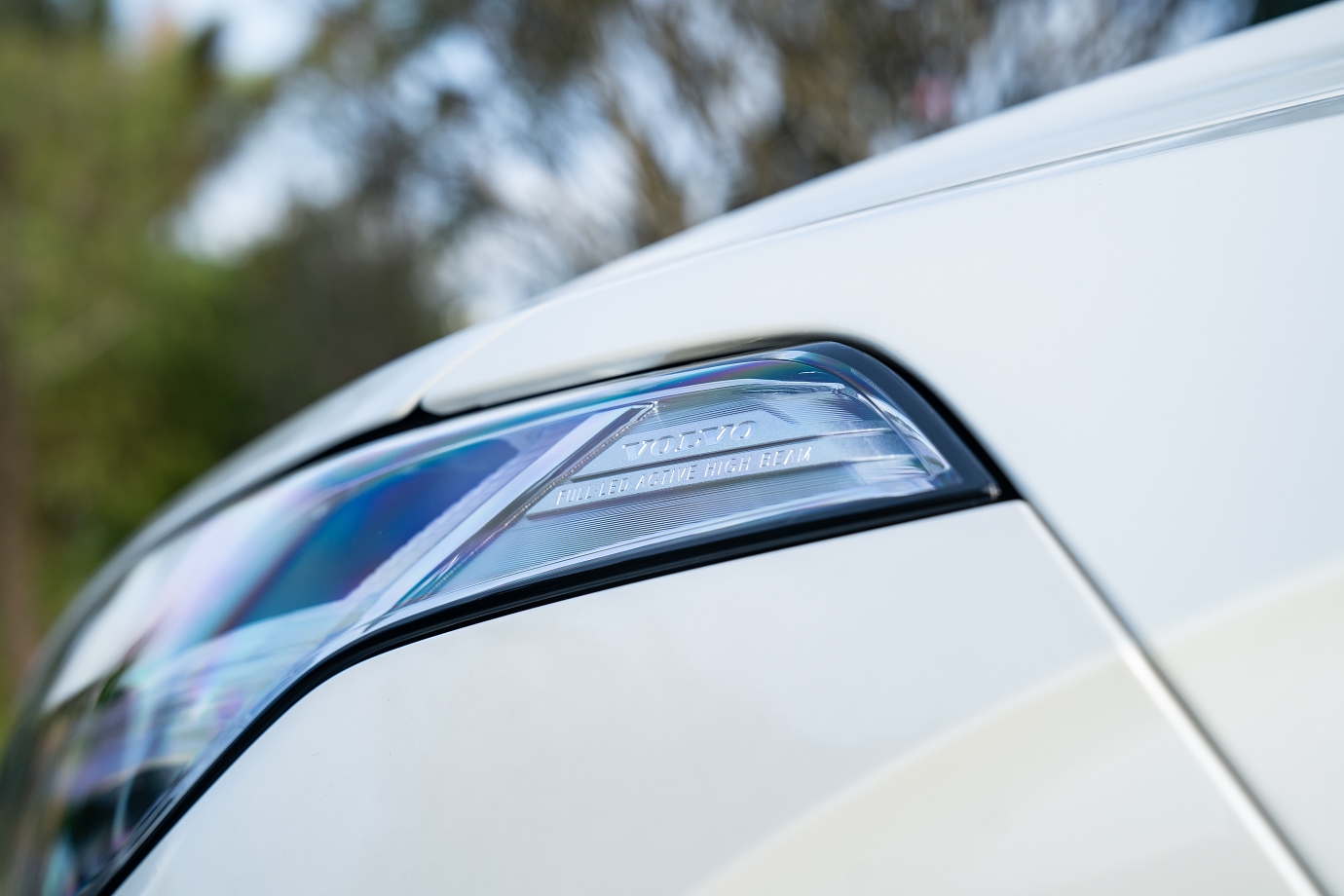 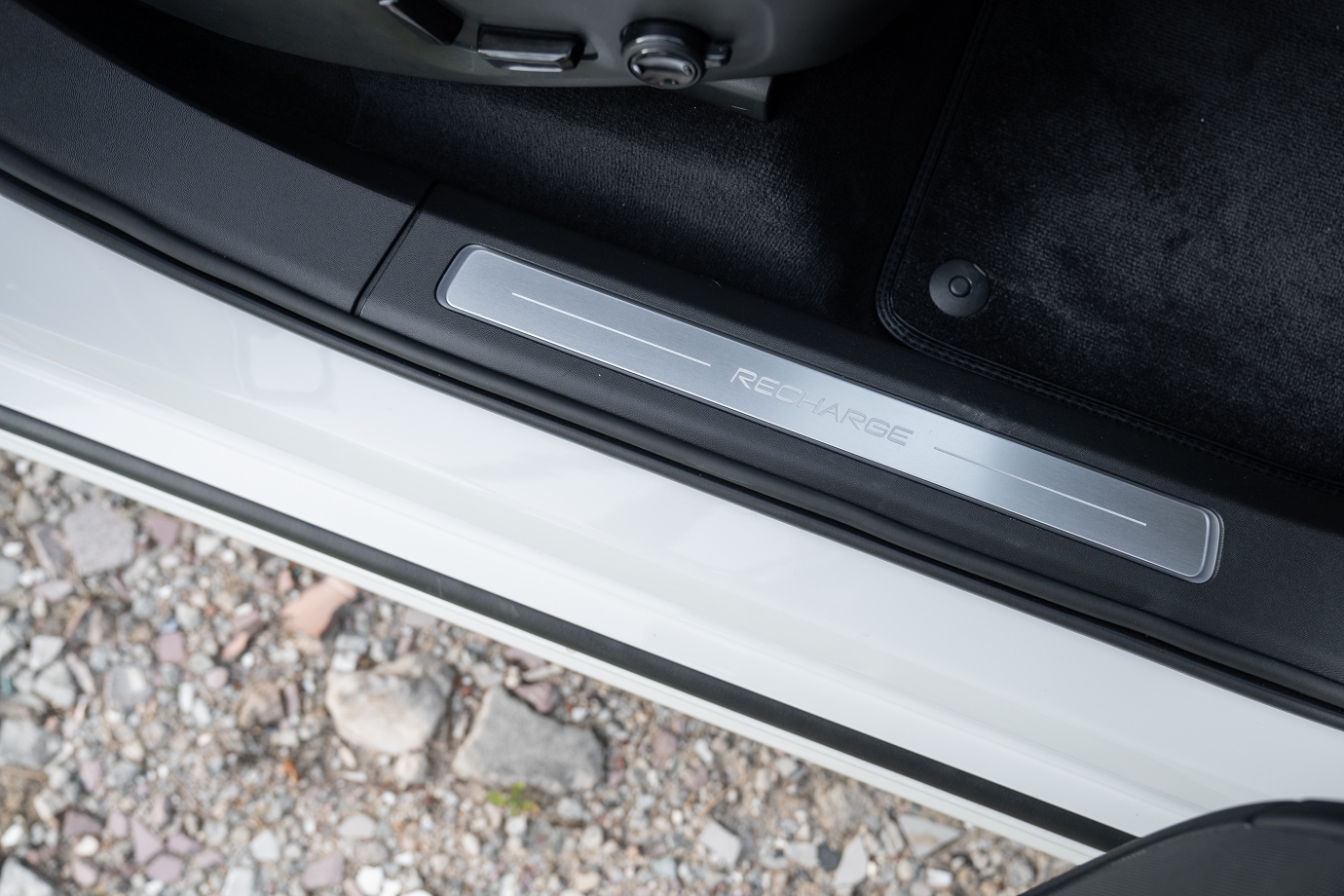 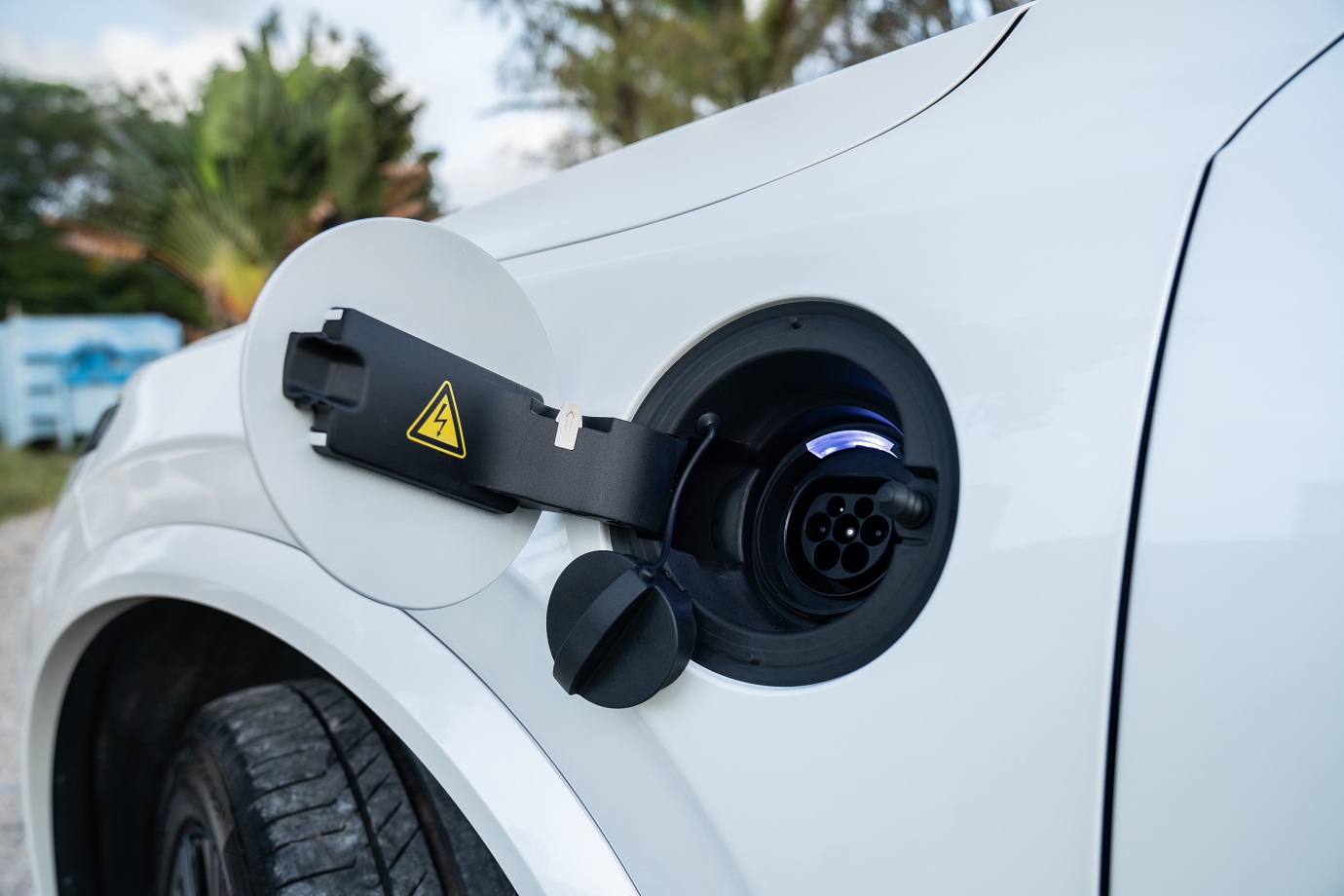 Today’s Volvo is a far different beast, especially since most of the other car brands now rival the brand in terms of active/passive safety, which means it has to up the ante in desirability stakes… and it has to some degree.

The current crop of models is designed around a philosophy of clean Scandinavian chic and soft contours where there used to be predominantly right angles – although some still arguably regard the latter as signature Volvo cues.

The new design language includes powerful haunches, a prominent grille and Mjolnir-motif headlight elements, which create a compelling impression and visual identity that leave no question as to the fact it’s a Volvo.

Like the Land Rover Discovery, the original XC90 was one of the early seven-seaters SUV pioneers. We still recall what a big hoot it was to drive the V8 – a rorty, snorty beast that had a thrilling soundtrack; it was an exciting time for the brand, not forgetting the assorted full-fat ‘R’ models that used to be available across the 850/S60/V70 range.

These days, there’s just ‘R-Design’ aesthetics to pander to your sporty aspirations, although in the case of this top-shelf T8 Recharge model, you’re stuck with the posh ‘Inscription’ trim level even if it’s capable of a surprising turn of speed in spite of its 2.3-tonne kerbweight. 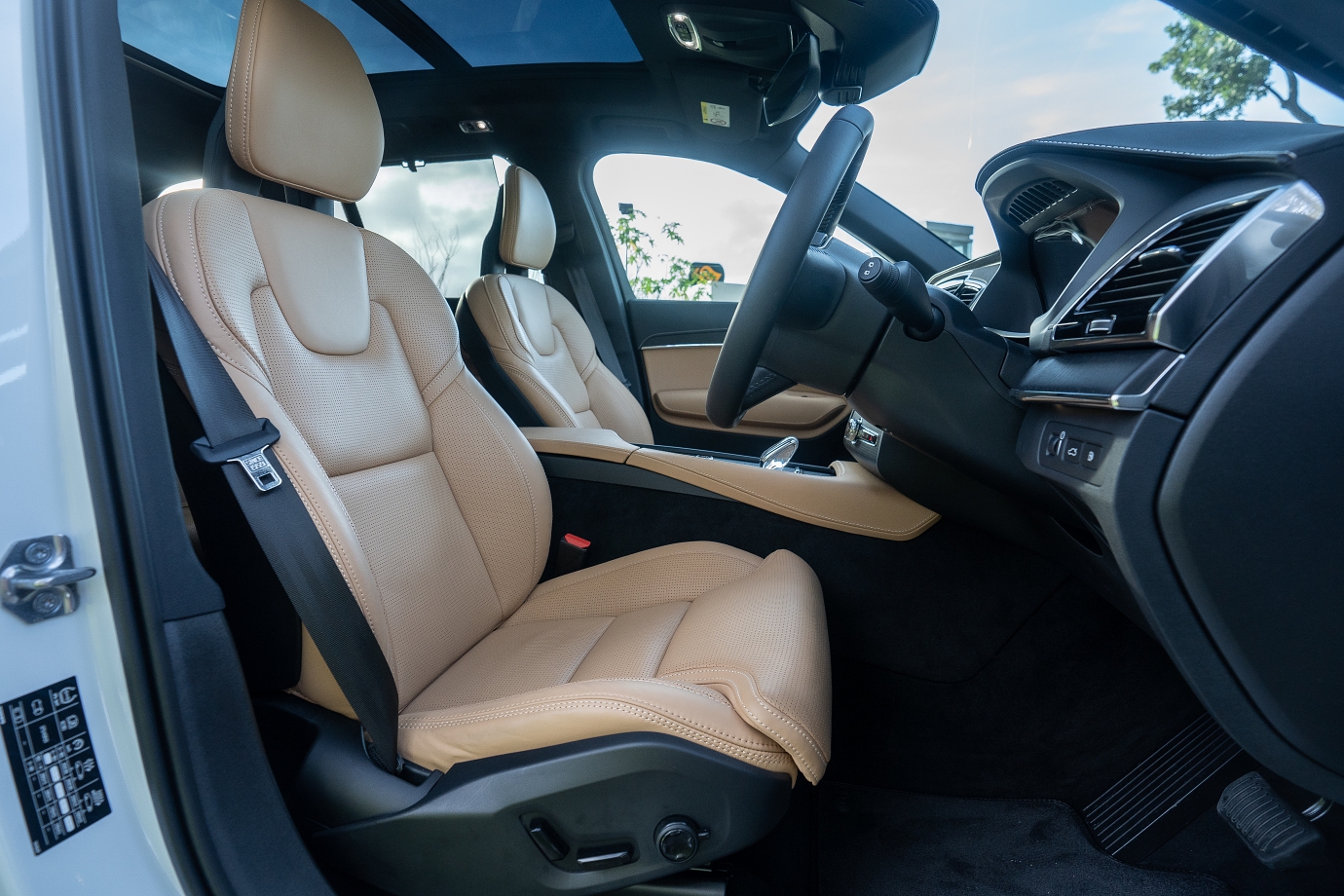 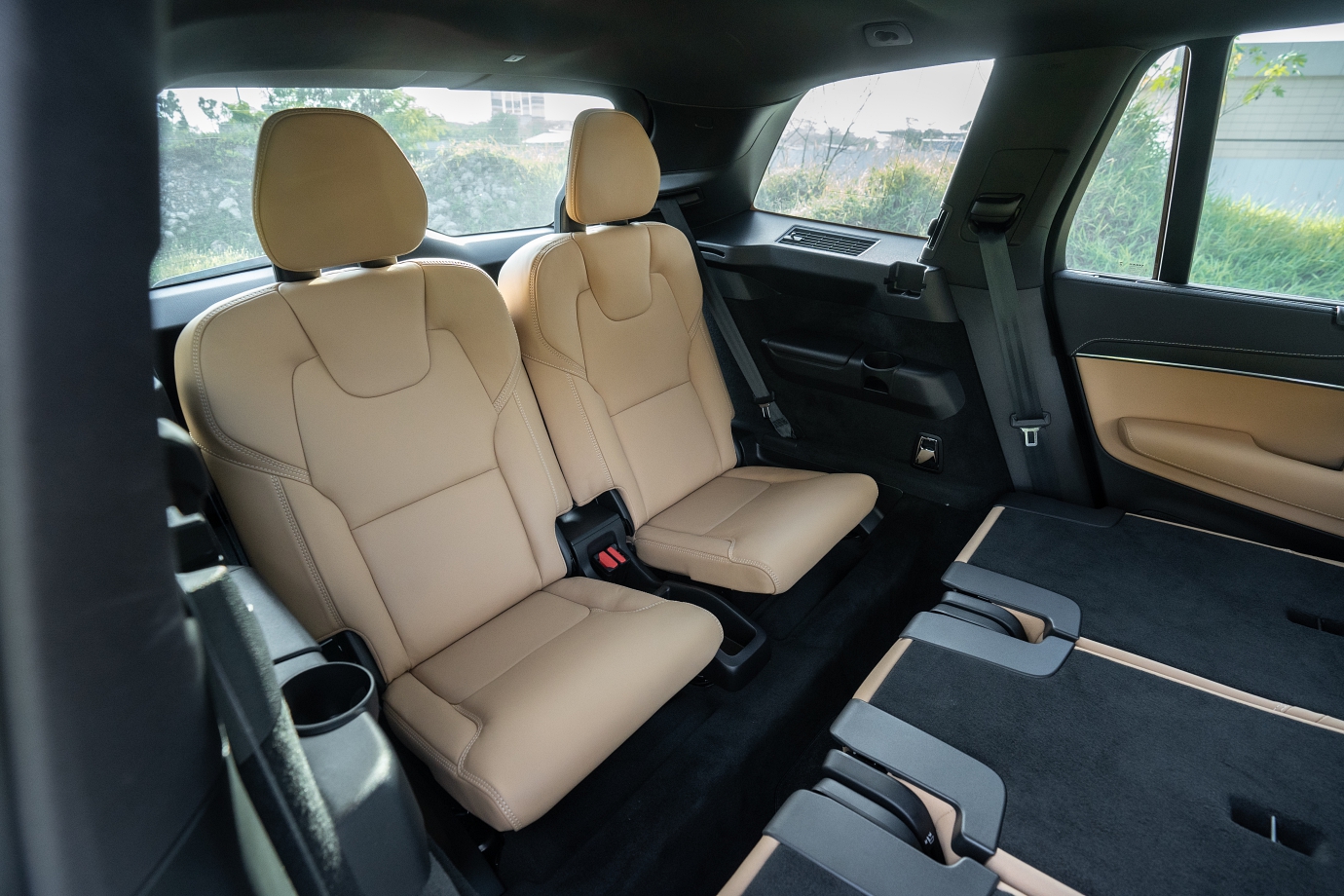 Like the T6, the T8’s inline4 2.0-litre is force-fed by both a supercharger and a turbocharger, but thanks to the electric motor in the latter, manages to muster a combined 408hp and 640Nm.

Considering the brand has started to apply a 180km/h max speed-cut to its cars, the T8’s standing acceleration is nevertheless surprisingly spritely for a 2.3-tonne kerbweight SUV: the benchmark 0-100km/h is dispatched in 5.6secs.

However, the cabin is such a plush and Zen-like place of solace that ‘sedate’ is a better state of pace for the T8 than scalding. We seem to recall the third-row seating offering more space in the original, but perhaps we’ve succumbed to the middle-age spread and we’re now bigger! Like the rest of the modern Volvos, the XC90 features the nine-inch infotainment touchscreen unit (that can take some getting used to), especially if you’re more accustomed to the intuitive interface and vivid graphics offered by the usual Teutonic suspects.

There’s a stately, unhurried poise to the XC90 that never encourages you to ‘rush’ things. Some critics might even consider the styling too anonymous, especially when compared to the its boldly-styled German rivals. However, with Volvo, the devil truly is in the details, and when you notice the subtle aesthetic touches, the XC90 really starts to ‘pop’... and you quickly realise they’re everywhere! If you need a safe space to be emo in and get high on hygge, the Volvo S60 T8 'Recharge' R-Design could be for you