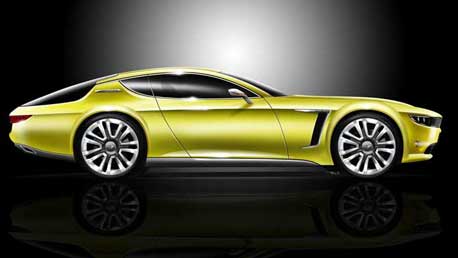 Unleash the moustache comb, ready your finest karate chop and begin stacking piles of empty cardboard boxes: the Jensen Interceptor is back!

British firm CPP - the company behind the mad Bowler off-roader - has confirmed that it will bring this sleek four-seater into production next year, complete with all-aluminium chassis and 'ultra-exclusive' price tag.

It will be built at Jaguar's former Browns Lane plant in Coventry, and will bear the Interceptor name: CPP was appointed to engineer and build the car by Healey Sports Car Switzerland (HSCS), which owns the rights to the Jensen name.

Don't confuse this car with the spruced-up Seventies classic that inspired the telly boys to become 'The Interceptors' in the last series: that car used a classic Interceptor body underpinned with some very modern Corvette bits.

This is an all-new car. CPP hasn't released any technical details, but we'd expect the new Interceptor to get a historically accurate V8 under the bonnet (the original used 6.2- and 7.2-litre Chrysler blocks), albeit with rather more power than its predecessors. These days you can't keep pace with suspiciously swarthy baddies unless you're packing at least 500bhp.

CPP says the first production Interceptors will arrive in 2012, though the first customers won't receive their orders under 2014, which gives them plenty of time to groom their handlebar moustaches to a state of bushy, twitchy readiness.

But can the new Interceptor possibly be as cool enough to impress James Steed, Roger St. Hammond and Jason Clarkson?