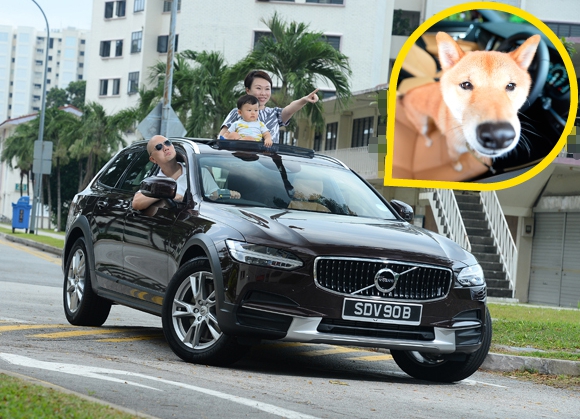 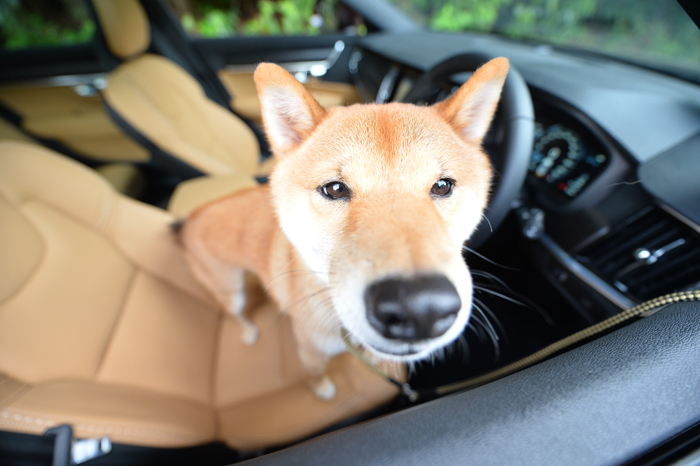 SINGAPORE – Remember ‘hygge’? That trendy yet elusive Danish concept of gentle cosiness and a relaxing environment of conviviality that drove chic home decorators to stock up on scented candles, knit blankets and woolly socks last year? 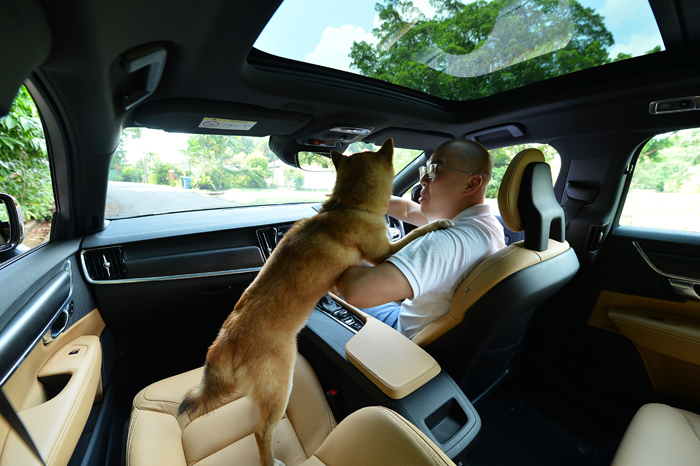 Lagom is best defined by the Goldilocks notion of “not too little, not too much, but just right”, and this ethos encompasses all aspects of Swedish life – an emphasis on simplicity, moderation and a focus on the essential while equally avoiding extravagance and flashiness.

For the stylo-mylo Singaporean, this means a much less sweaty Scandinavian bandwagon to jump on and more importantly, a lower risk of your home décor going up in fragrant flames.

One doesn’t have to look hard to find lagom; it is the guiding principle in Swedish design – apparent yet never obvious.

It wasn’t long ago that Volvo used to come a close second on the list of “Top 3 Un-sexy Swedish Things” – hairy-chested five-pot BTCC monsters and their mildly psychopathic, understeering ‘R’ specials from the mid- to late-1990s notwithstanding, the next most exciting aspect of the Volvo ownership experience used to be choosing the exact shade of beige for those plush chairs.

Sure, indestructible bank vault safety and really comfortable seats were great to have, but for too long, there was too little beyond dependable daily practicality to make Volvos desirable. Until a certain Robin Page got the lagom memo, that is... 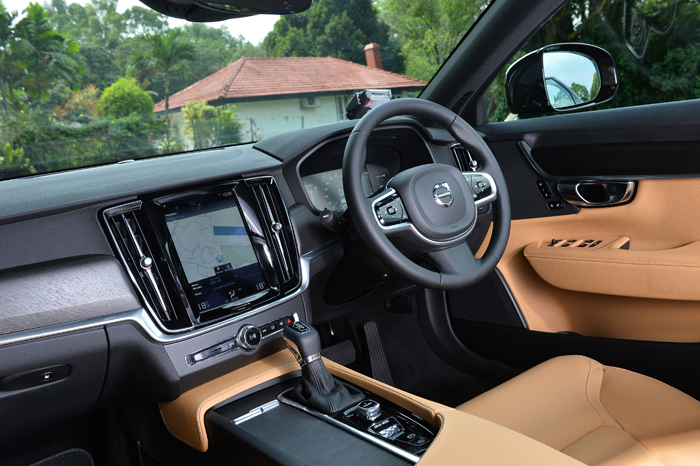 Bentley’s head of interior design, Robin Page, joined Volvo in 2013 and wasted no time in deploying his design mojo – which was also honed at Rolls-Royce and Bugatti – to the second generation of Volvo’s flagship XC90.

The resulting shift in cabin architecture from sombre dark plastics and functional dials to minimalist design, stitched leathers and contoured woods represented a refreshing new level of luxury for Volvo that would quickly be diffused across its model range, with a measured degree of lagom, of course. 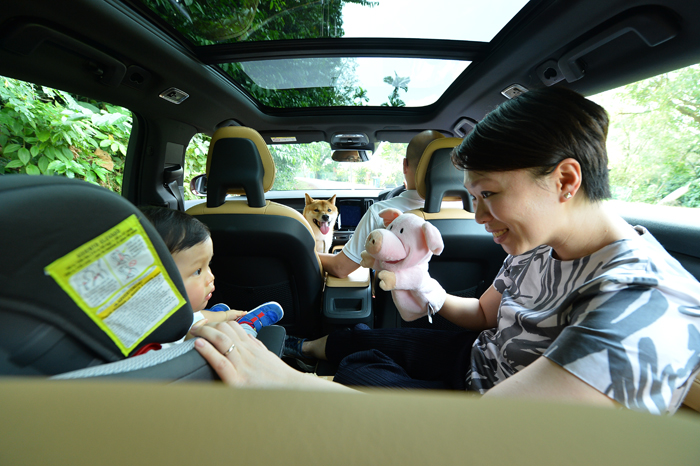 Volvo has boldly decided to chart its own path in the premium executive segment, eschewing tech-heavy, carbon-trimmed, sporty pretensions or ostentatious chrome trim and fake wood of the competition to up the stakes in the tranquility department, which has created some of the most relaxing automotive cabins available today.

Dovetailing the absence of frippery and ornamentation with a sense of traditional Volvo solidity now seems like the most natural thing to do and one wonders why it wasn’t done earlier.

All this brings us to the V90 Cross Country, the newest vessel from the armada of Swedish design sensibility and fourth release from Volvo’s hit-making Scalable Product Architecture (or SPA), a multi-billion kroner modular shared chassis platform that spawned the latest XC90 and the fraternal S90/V90 twins. 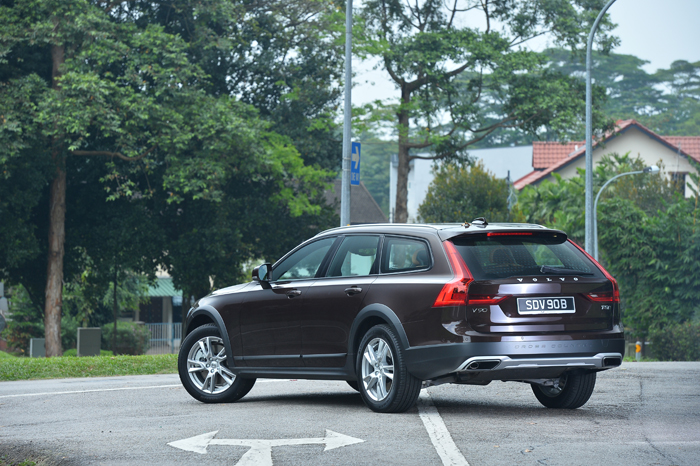 Essentially a rugged, high-riding, all-wheel-drive version of Volvo’s highly-acclaimed V90, the V90 Cross Country is arguably the most attractive interpretation of the S90/V90, with a taller stance and ‘body armour’ accentuating broad haunches and a dignified profile.

The all-terrain wagon niche (we reckon these are the original ‘crossovers’), shared today with Audi’s Allroad series and Subaru’s Outback, was created before the advent of full-scale SUVs with the release of the Volvo’s V70 XC (not to be confused with the current use of the ‘XC’ nomenclature), an off-road version of the V70 wagon.

The V90 Cross Country signifies a return to form for Volvo rather than an overnight decision by the product planners to diversify. 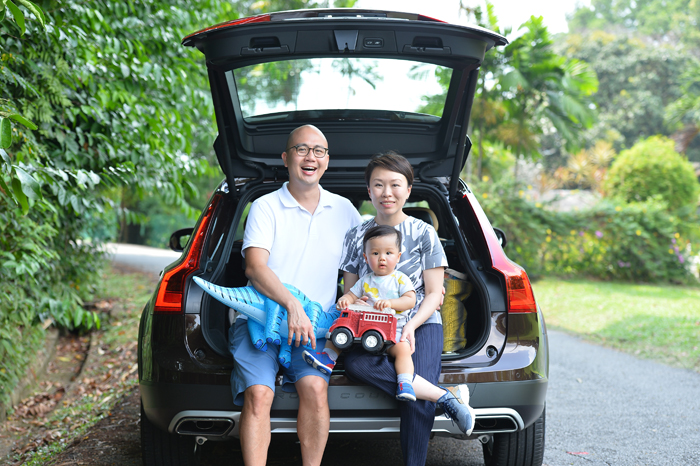 Perfect then, for a trek through acres of wintry Swedish spruce forest, but how would it measure up to the demands of everyday Singaporean family duties like hauling flat-packed furniture from Ikea as well as an assortment of other barang-barang?

Brown, the colour of some overpriced atas weekend shoes I will someday own or that of a hearty beef rendang, would have been my last choice for a car.

In fact, “Who in their right mind buys a brown car?” might soon be added to my wife’s growing list of “Husband’s Famous Last Words”.

The test-car came in a fetching tone of Maple Brown Metallic – a deep, rich auburn shade very much in keeping with the outdoorsy nature of the car that is accentuated by the redesigned grille and dark plastic mouldings along the bumpers, doors and wheel arches. 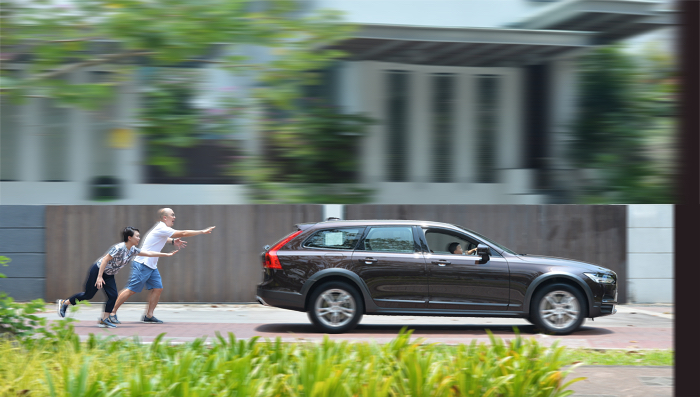 Mind you, these aren’t merely decorative – the dark colour helps disguise visual bulk, but any illusions about its size vanish at the first attempt to park it.

The S-Class rivalling dimensions require deft maneuvering, and while we never had to find out, my guess is that any mild scrapes against pillars, errant supermarket trolleys and inconsiderate door openings would be far easier to stomach if inflicted on the tough plastics. Happily, the Cross Country comes with Park Assist Pilot to automatically steer the car in and out of parking lots.

This, like all the other tech toys, is operated via the central Sensus Connect system, a nine-inch tablet style touch-sensitive display that combines smartphone, jukebox, mobile Wifi and navigation.

If you’re the sort that feels that bigger-is-better, a 12-inch version is available as an option. The highly considered user interface extends from virtual to physical controls, which fall naturally within reach, and is augmented by steering mounted buttons.

The rest of the dash and interior are lined with sculpted, matte-finished black walnut trim exclusive to the Cross Country and reflect the same attention to detail and luxurious touches of the model range such as the diamond textured controls. 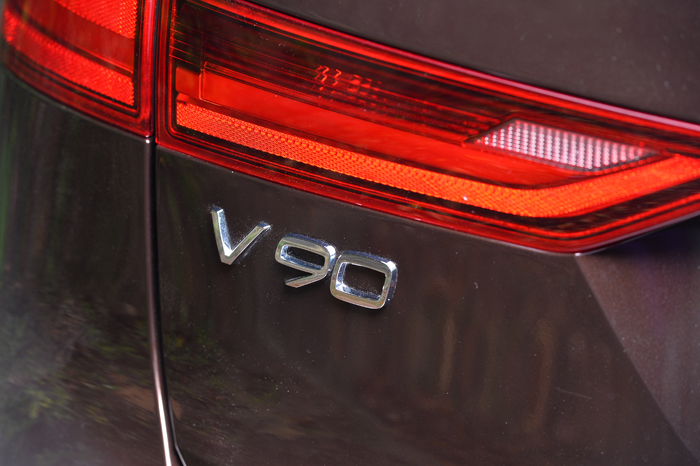 Superior comfort continues to be the order of the day – soft leathers blanket much of the interior and the missus felt that the only possible downside here is the guilt that comes with letting the dirt, kiddy food, spilt drinks, stray shoe prints and pet hair of everyday family life mar the pristine interior.

The wife awarded bonus points for the secure, cocoon-like habitat of the cabin, which insulates occupants from the noise and traffic.

The clear favourite though, was the spectacular full length glass roof that creates the sense of space and airiness in the cabin.

The ample proportions and long wheelbase translate to generous front and rear legroom. Storage bins and cup holders are conveniently placed, making this an exceptional choice for four on a road trip, but perhaps less so for five, as the rear centre passenger has to contend with the transmission tunnel, and even double up as ‘cupholder’ with the rear armrest folded up. 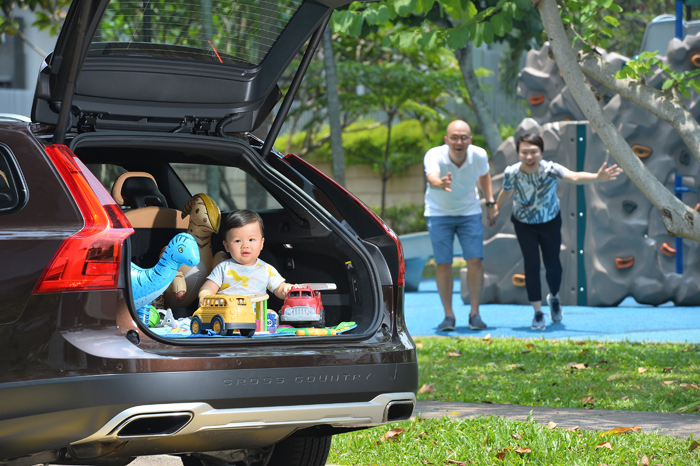 While the raked rear screen sacrifices some interior load capacity, this is unlikely to bother anyone apart from the most dedicated of hoarders, given that the ski hatch and 60:40 folding rear seats will accommodate most long objects.

Up front, the expansive bonnet conceals the brand’s two litre turbo four in T5 specification, which delivers 254bhp and 350Nm to all four wheels.

At time of writing, there’s no word if the turbocharged and supercharged T6 (320bhp/400Nm) will make it to Singapore, but fanboys of the early-90s BTCC-dominating 850 Estate racecars should look towards the full fat hybrid T8, which pumps out 407bhp and 640Nm. From standstill, there is a slightly audible strain as the four cylinder spins through first and second gears to shift over two tonnes of car, driver, family and associated baby paraphernalia.

Progress gets fairly brisk in third once the turbo spools up, making the published time of 7.5s from 0-100 km/h quite believable. But in a car more suited to nonchalant cruising than outright acceleration – why bother?

On the move, the mild engine clatter at idle is replaced by a barely perceptible hum as the Cross Country’s 6.5cm of additional ride height and Michelin Latitudes work with its heft to imperiously iron out ruts, road repairs and potholes.

Steamrolling over these imperfections without having to worry about hitting bump stops or damaging low profile rubber and rims is a lot more liberating than it sounds.

The last thing parents shuttling between errands, visits and classes on weekends is another visit to the workshop.

While size is one factor, the thick A and B pillars conspire with oversized wing mirrors to limit visibility, especially for smaller drivers.

Working around these visibility issues might take some getting used to, but in a car so well thought out, it is surprising that this slipped notice. Where it really excels is as a sanctuary of relaxed stillness when stuck in traffic or on long expressway drives, where nifty features like Adaptive Cruise Control and Pilot Assist work to monitor your distance from the vehicle in front and keep you in your lane.

Veer too close to the lane markings without signalling and the car actively steers itself back on course. Move beyond and the steering wheel vibrates unnervingly as a little reminder.

It’s all a little Big Brother and thankfully, these aids can be switched off. As much as these advances help make driving safer, we reckon that reducing the involvement of any driver invariably makes them more oblivious to their surroundings and consequently more dangerous.

Remove the electronic nannies and the Euro NCAP five-star rated V90 line remains one of the safest cars on the road. It’s a curious thing – Volvo has adopted a decidedly different approach from the Germans, with Gothenburg staunchly refusing to engage in a horsepower arms race.

The formula does seem to be paying off with Volvo adhering steadfastly to what it knows best – building ultra-safe, dependable cars while at the same time, loosening the reins to imbue them with refreshing, sublime touches that appeal to the sensibilities of its customers.

My inner petrolhead insists that a smoother, more powerful straight six or a revival of Volvo’s own characterful five cylinder would make it perfect.

But it would probably be best to enjoy this car as it was intended – Not too little, not too much. Just right. No children, animals or cars were harmed in the making of this feature...