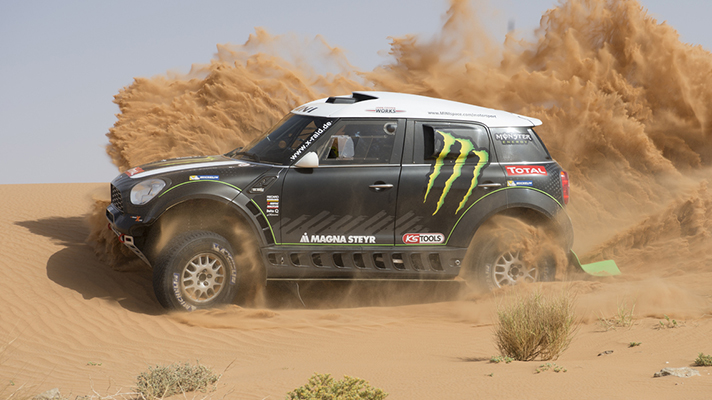 X-Raid, winner of the Dakar Rally for the last two years with its near-indestructible MINI Countryman, has revealed its weapon for the 2014 race. Yes, it's another Countryman, and, as this teaser video proves, the big Mini will be just as tough to beat as its predecessors.

With its field of four Countrymen, X-Raid hopes to make it three Dakars in a row come January, but to do so it will have to conquer some of the harshest terrain on earth.

The Dakar has moved from its original route – through the streets of Paris to Dakar, in Africa – to South America, where the team will drive through Argentina, Bolivia and Chile.

X-Raid's four cars will be driven by Stephane Peterhansel (who happens to be the most successful Dakar competitor with 11 wins), Nani Roma, Krzysztof Holowczyc, and Orlando Terranova, covering 9,374km in just 13 days. Quite a bit of kit will be required, then.

Heavy, but then it does have to contend with lots of sand and lots of jumps. 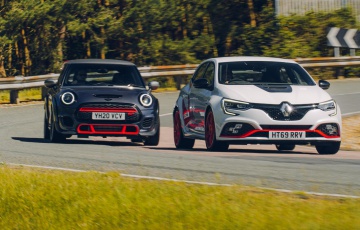 Is the new 306hp MINI John Cooper Works GP a worthy challenger to the most hardcore hot hatch in history? 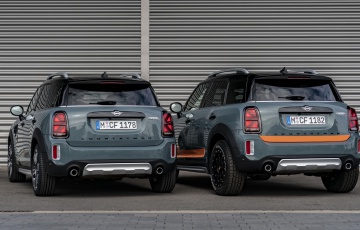