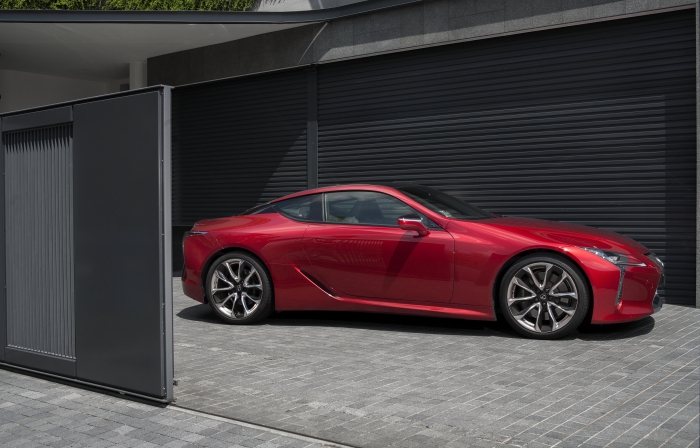 SINGAPORE - In a world gone mad with turbocharged engines, a small spark still shines in the unlikeliest of places – Lexus.

You’d have expected the nat-asp holdouts to be the familiar sportscar brands but the Japanese luxury brand proves it still has a few tricks up its sleeves.

We’ve been huge fans of Lexus’ gloriously vocal nat-asp V8 all the way from the IS F. Since then, that same 5.0-litre has seen service in the RC F and GS F, and now the LC 500. 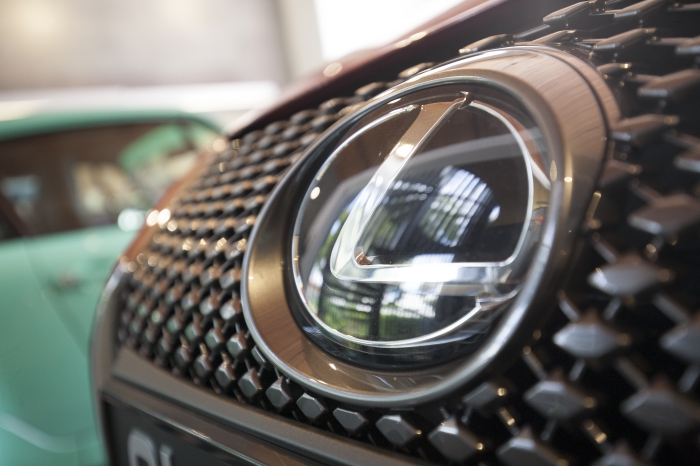 Many people continue to reference the LFA in relation to the LC, but the latter isn’t intended to succeed Lexus’ towering V10 tour de force – I daresay not by a long shot. In fact, the automotive world is already a poorer place ever since production of the LFA supercar ceased, but that’s probably a topic for another time. 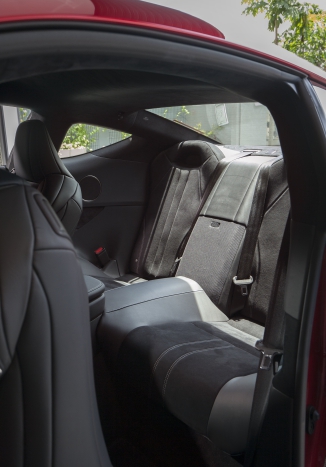 The LC is a 2+2 luxury grand tourer that can be compared to the likes of BMW’s coming 8 Series (nee 6 Series) and Maserati GranTurismo, which seems straightforward enough for you to put it in the right ‘box’ in your head. 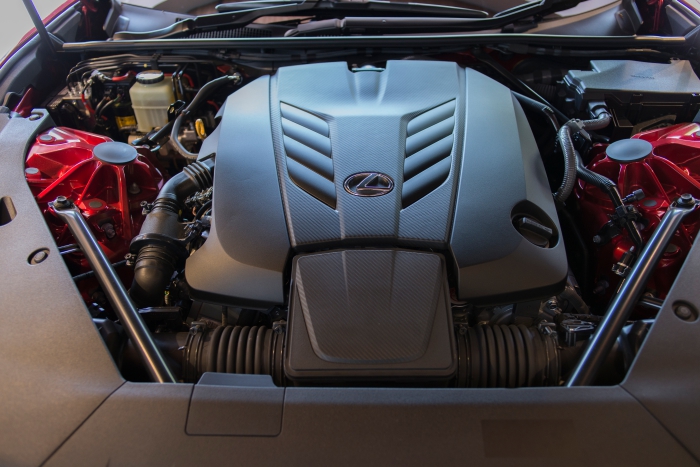 There are two models of the LC: this nat-asp V8-powered 500 and a hybrid 500h with sees service of the brand’s 3.5-litre V6/electric motor combination – as far as we’re concerned, it’s the V8 you’ll be wanting! 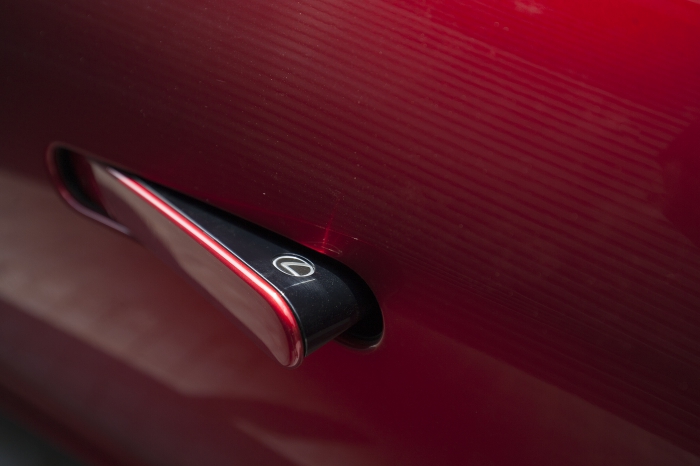 It’s easy to dismiss the brand as a performance lightweight if you’ve never driven the LFA – once you have, you’ll look at the brand in an entirely new light.

That car demonstrates just what Lexus can accomplish once it puts its mind to it, and that’s why the LFA is/was a serious contender against the supercar royalty, much like the original NSX was at its launch.

(What better way of experiencing the LC 500 than on a track?)

As for the LC 500, we discovered that you really can’t judge a book by the cover, and you need to get behind the wheel of the coupe to truly appreciate its salacious talents. 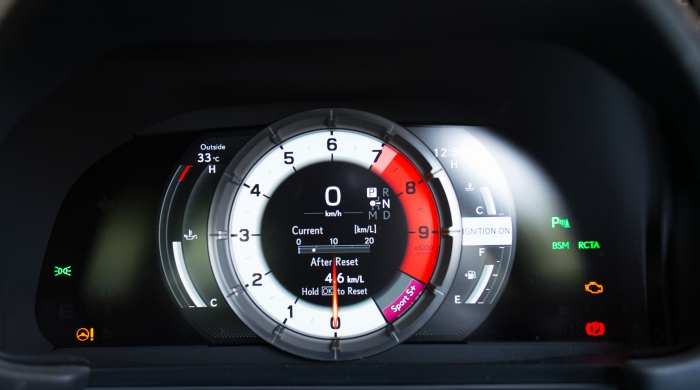 ‘Serious’ petrolheads tend to overlook Lexus when it comes to its performance variants, because the loud noises made by AMG, M and RS tend to overshadow the F models.

Also, to the outsider, the interval between full-fat F models seems to lack continuity in light of the never-ending onslaught of models from the Teutonic trinity’s performance divisions. 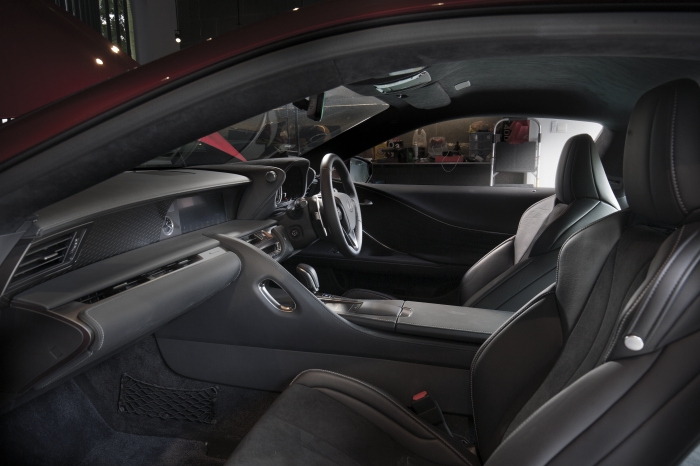 However, as we have discovered, Lexus is capable of making characterful, personality-laden sportscars.

The only issue is getting the word out, because these cars are an intriguing sartorial choice that tends to be savoured by repeat owners who appreciate everything the brand offers, especially with regards to the legendary omotenashi of the local distributor.

Don’t forget, Lexus is only a few years shy of its 30th birthday, so recognises it has to work extra hard to prove its worth against the usual suspects. 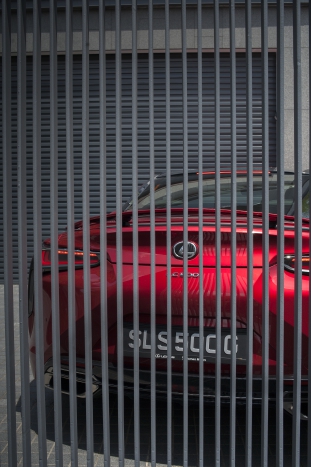 There may not be a ‘F’ designation in the LC 500, and certainly don’t just take our word for it when we say it has both bark and bite, because this is a car best experienced from behind the steering wheel. So, for the half-million dollar question: does the LC have a place in the collection of serious petrolheads? A lot of people mistakenly equate being a car enthusiast as cycling through as many new sportscars as possible, and talking loudly about ‘jumping’ and ‘MTL’ – but that’s like saying you buy all the coloured variations of AP’s Royal Oak Offshore and consider yourself a watch collector… We prefer to apply the term ‘car enthusiast’ to the folks who adopt an introspective approach to buying cars, and won’t always gravitate to the newest machines for the sake of it – the ‘newness’ isn’t a factor for these petrolheads.

With the first group, anything new is likely to catch its populist fancy, which misses the point for us, but with the second, you know a car is a gem if it tickles their fancy. 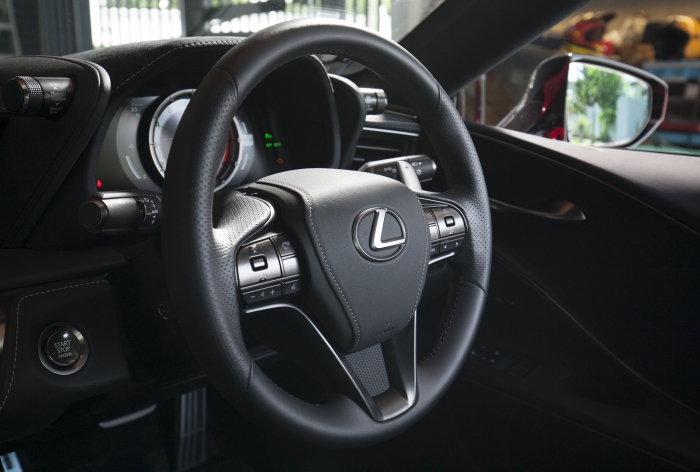 We put a few people into the driver’s seat of the LC during our time with the car, including a petrolhead who has integrated his passions for all things engine- and leg-powered into his home with an expansive shuttered garage for this big boy’s toys. His penchant for cars and bicycles spans classics to youngtimer and the few modern machines, especially if its heart and soul are in the right place. From the pictures, you can see that the futuristic LC looks perfectly at home in the company of some air-cooled 911s and an elegant Pagoda. 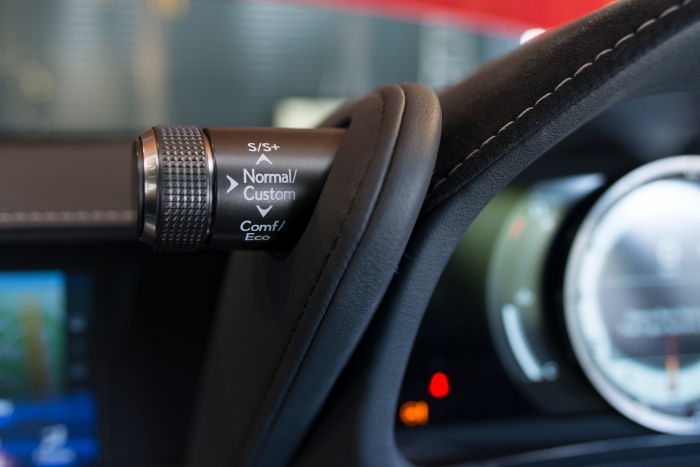 The biggest thing that amazes people from the drive of the LC is that it’s a Lexus. We should qualify that the comfort and quality are beyond reproach, but it is the ability of the LC to transform from beauty to beast in the blink of an eye that continually wows folks.

This is the sort of visual and experiential drama that we like in our lives, not the fussy scenes you sometimes see in public of young women berating their other halves for whatever petty reason. Furthermore, the LC looks like nothing else on the roads (well, unless you spot another LC), so it serves as delicious eye-candy to enthusiasts and casual onlookers alike.

Next, it doesn’t have that annoying blare of the GranTurismo, which announces its impending arrival long before it appears because it seems the cars are run with the exhaust valve permanently open – now, what was that they said about empty vessels again? The LC will coast quietly with nary a snort out of place when you want to be discreet, but when the red mist descends and the wheel is turned in anger, the firecrackers begin.

From inside the well-insulated cabin, our first thought was that it was too quiet to be sporty, but then we had a chance to follow behind it, and realised this was a real wolf in sheep’s clothing. It’ll snap crackle and pop with the best of them, and the induction note develops a harder, urgent edge to it once you clear 5000rpm.

We’ve been in two different LC 500s, including one on the track, and have to say the cabin is quite sensitive to colour choice.

If you prefer to err on the side of caution, as Lexus did with the test-car, a black interior is probably the safest option, but on a car like that, ‘safe’ is the last thing on anybody’s mind.

Our steed at the Dubai Autodrome had a luscious Toasted Caramel interior, which created quite a different ambience from the predictable all-black. If you’re used to the ease of operating the vehicle menu systems in BMWs and Mercs, you might take some time getting used to the LC’s User Interface – that being said, at least the LC features a trackpad and no longer uses the ‘mouse’ found in some other Lexus models. The manner in which the 1.9+-tonne grand tourer acquits itself on the road already boggles belief because of how agile and alive it feels in response to helm inputs, and if you think this is a redux of the RC F in new clothes, think again, because we reckon it will run rings around that car.

The LC’s steering, though light, is oh-so-sharp, and the chassis is always happy to throw decorum to the wind if you wanna wag its tail a little.

There’s a playful twerk to its derrière that should get you twitching and in the mood to indulge in a little fun, which is all the more satisfying because the LC is seriously posh totty.

We’ve been in seriously fast cars that felt just that, fast and little else, but the Lexus, while not outright fast, has proven to be an engaging enough personality that makes us smile time and again, and our right foot never needs little prompting to start the V8 on its 5000rpm cycle of mayhem again and again! The cabin interface draws some inspiration from the LFA, especially the position of the drive mode selector knob, traction control and instrument displays.

In the loco S+ mode, the entire rev counter flashes red and the induction note turns shouty each time you breach 5000rpm to add to the JAV drama, and that’s Japanese Audio-Visual so get your minds out of the gutter!

However, there is a fuzzy enough line between driving this hard and a naughty movie, even if it’s just you and the car playing the title roles in your POV footage. People already made a big deal over nine-speed automatics, and the LC has ten-speeds. Moreover, the transmission has transformed the engine characteristics, and offers short, sharp wallops as it up- and downshifts.

It’s tuned for decidedly sporty results as well as cruising purposes where it will happily pootle around at under 3,000rpm, so the LC’s 5.0-litre fuel consumption isn’t even as heavy as you’d think, which isn’t just good for your wallet, but also the environment.

In the the half-million-plus segment the LC operates in, it’s going to attract shoppers looking at more sporty, as well as more comfortable contenders, but those end up realising their choices are too sporty, or too comfortable for them.

The Yin-Yang, hard-soft personality of the LC segues effortlessly from one state to the other in a package that will truly put a smile on your face. The 2021 Lexus LC500 Convertible is a really good looking car

V8 up front, drive at the back, sky all around. Welcome Lexus’s prettiest drop-top