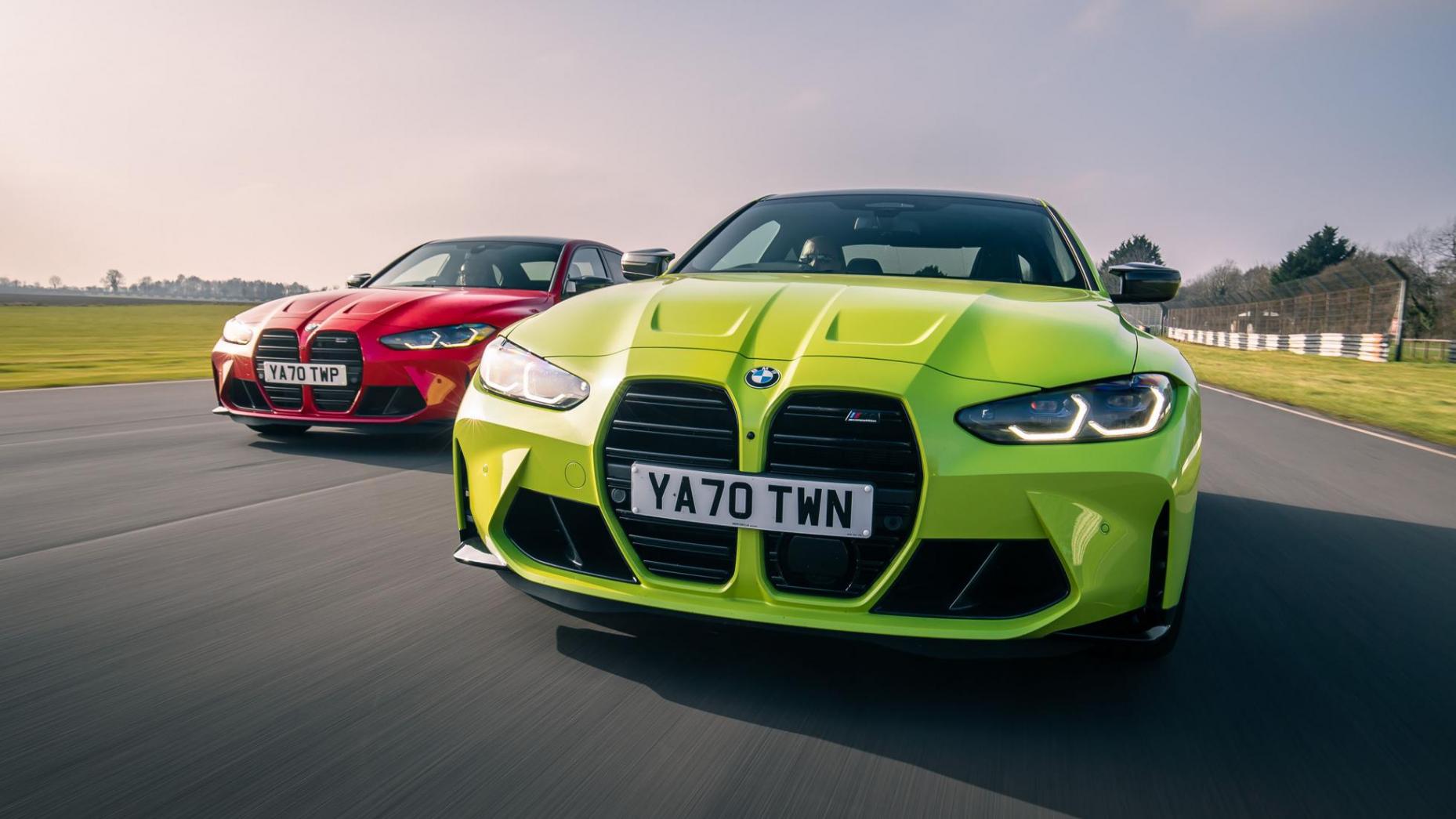 There’s a new BMW M3 and M4. It can’t possibly have escaped your attention.

In short, it’s the techiest M3 yet. No surprise, given it’s swelled in size, weight and price, now effectively occupying the space the M5 used to (the delightful BMW M2 now occupying the footprint and producing the power of M3s of yore). 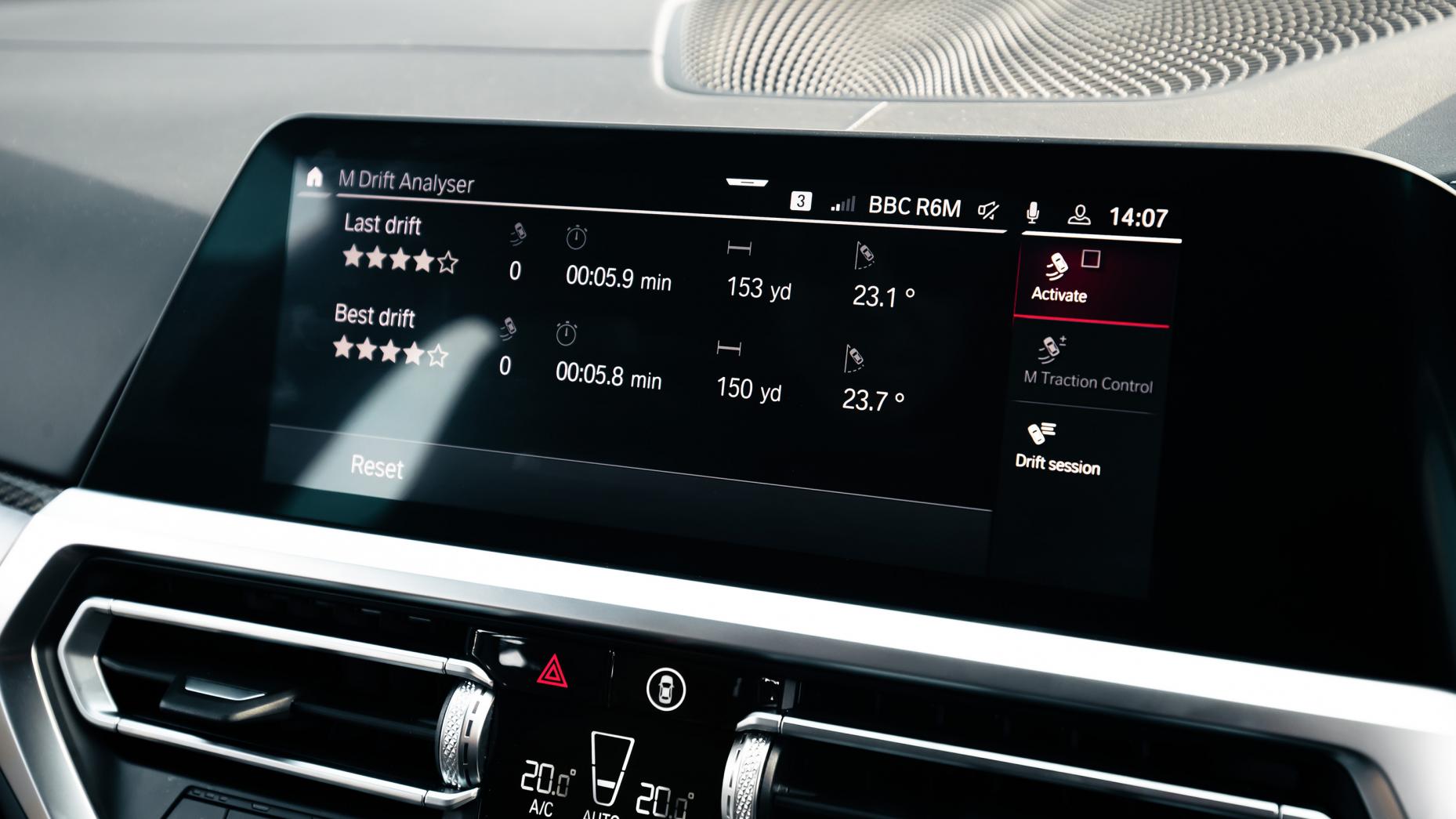 It’s the biggie. Almost as big as your insurance renewal may be if you use it on a damp roundabout leading into Tesco’s as opposed to on circuit, the place it’s meant to be deployed. The menu won’t open it up until you agree that’s the case…

Activate it by holding the stability control button down until the systems completely disengage. At this point, you’ll get to choose between ten levels of traction control, your possible ‘rate my drift’ star rating rising from three to five as the assistance slackens.

Then, commence skids, the angle and distance you achieve all mapped out by some clever (but clearly quite goading) software. What could possibly go wrong? 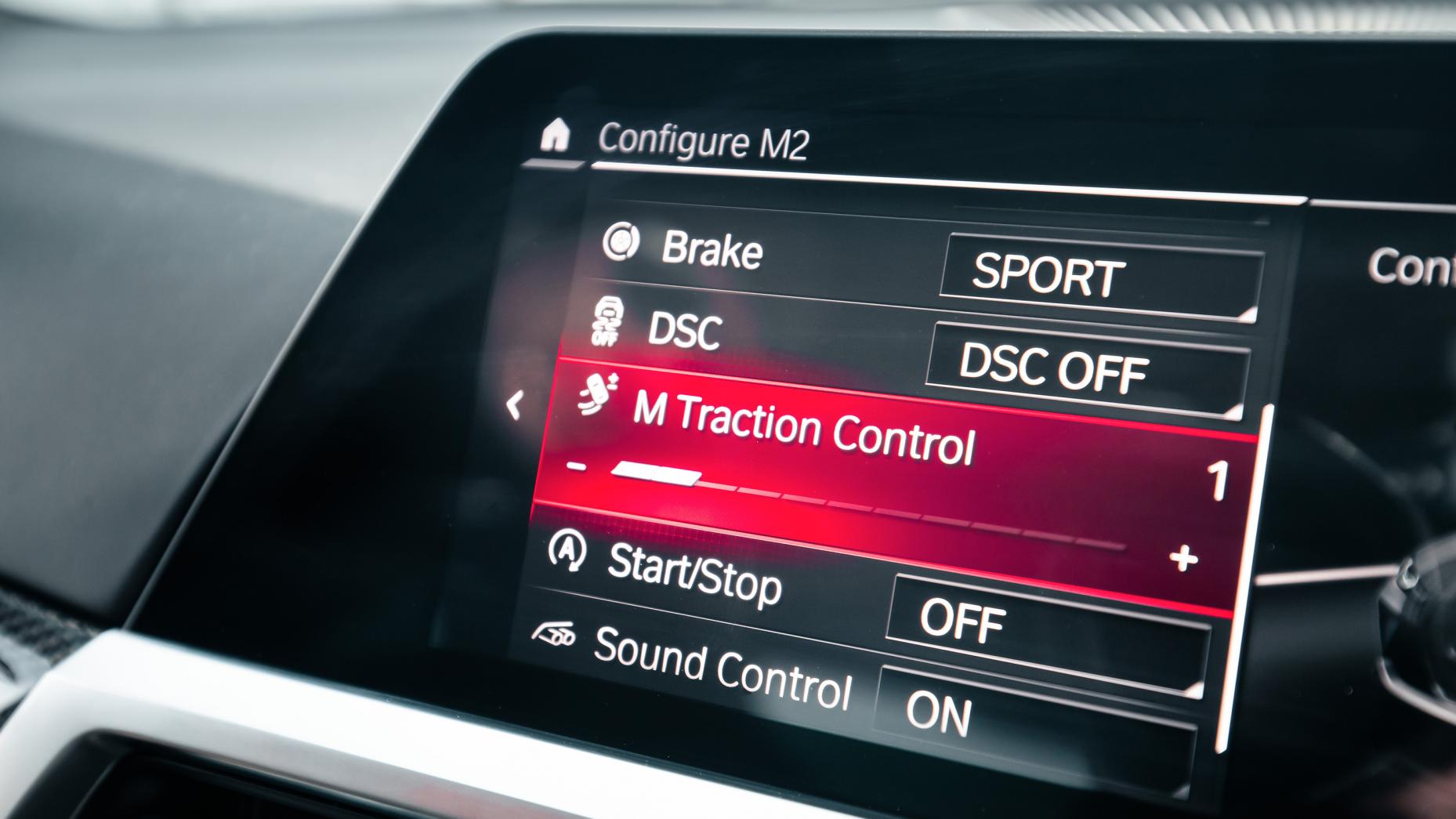 Of course, you can enjoy the various freedoms of its adjustable traction control assistance without the need to showboat.

So instead use this feature to adjust the difficulty level. Y’know, should the process of bundling 510hp and 1.7 tonnes around a racetrack with a minor helping hand begin to bore you. 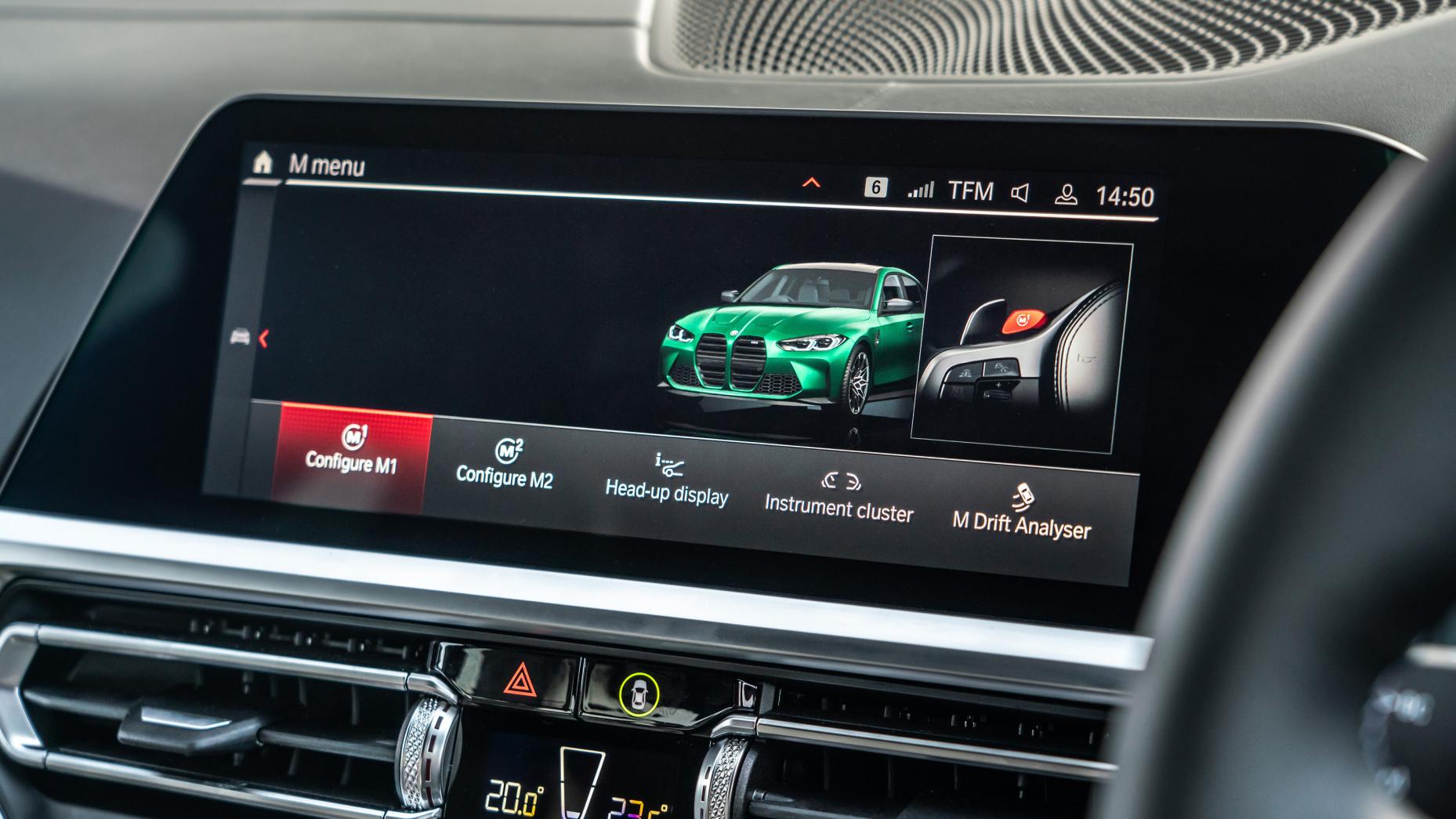 Not exactly new to the M3, but they’re handier than ever before. See, the old one had steering, suspension and powertrain buttons in the centre console, allowing you to quickly and easily sharpen everything up as your favourite road approached, but slacken off the damping when the really bumpy bit neared.

It’s a little bit more of a sub-menu based faff now, making the convenience of having two distinct setups just a button press away – ‘comfy but pressing on a bit’ and ‘I want to get home with my shoes on fire’, we’d suggest – a very welcome one. Yep, buried in those mode menus is the option for a Comfort or Sport bias for the braking system. It was introduced on the latest M5 and has quickly filtered down for the M3. Sport firms up the pedal and reduces travel.

Too much choice? It was hard to immediately tell any real difference between the two options on road, we’ll admit. Perhaps speccing the optional carbon-ceramics and hammering around a trackday would exhibit more of a gap between them. Put it this way: if you whack the car in front while the brakes are still in Comfort, we suspect you’d still be taking photographs and exchanging details had they been in Sport… 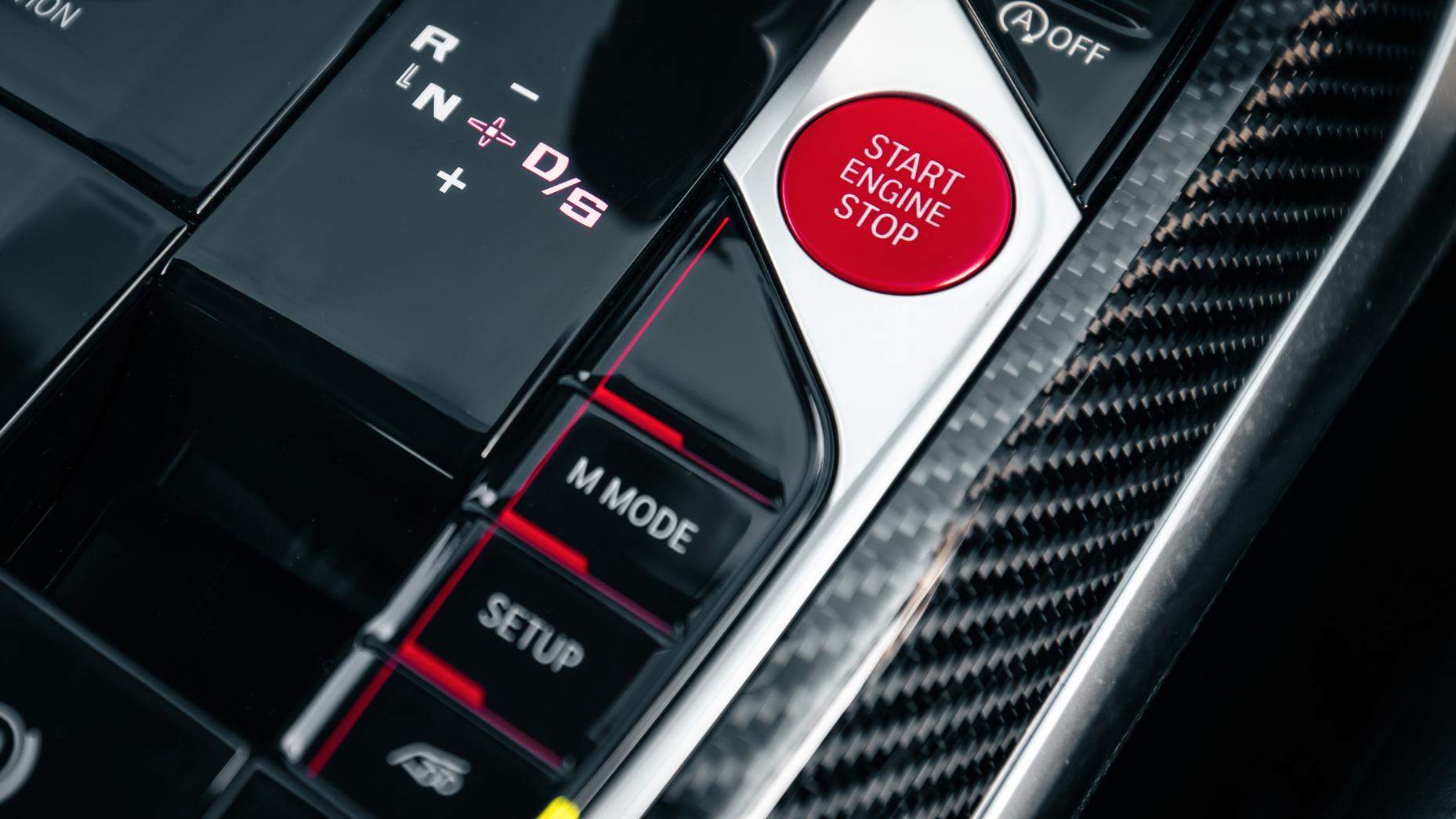 Naturally there are Sport and Sport Plus settings for all of the mechanical bits and bobs, as well as that wildly adjustable traction control. But there’s also another M Mode, activated by a switch tucked just below the big red starter button.

This cycles between Road, Sport and Track (keeping up?), and it’s the quickest and easiest way of disabling all the active lane-keep and collision-avoidance systems. The last thing you want exiting the pitlane of a race circuit is for the car to try and steer you back into the wall, huh?

Heading into Sport and Track also shuts down superfluous displays – with the latter, the infotainment screen will blank out and you’ll be left with only the essential stuff – revs, speed, temperatures – ahead of you. No pinging WhatsApp groups as you try to remember your line through Craner Curves. 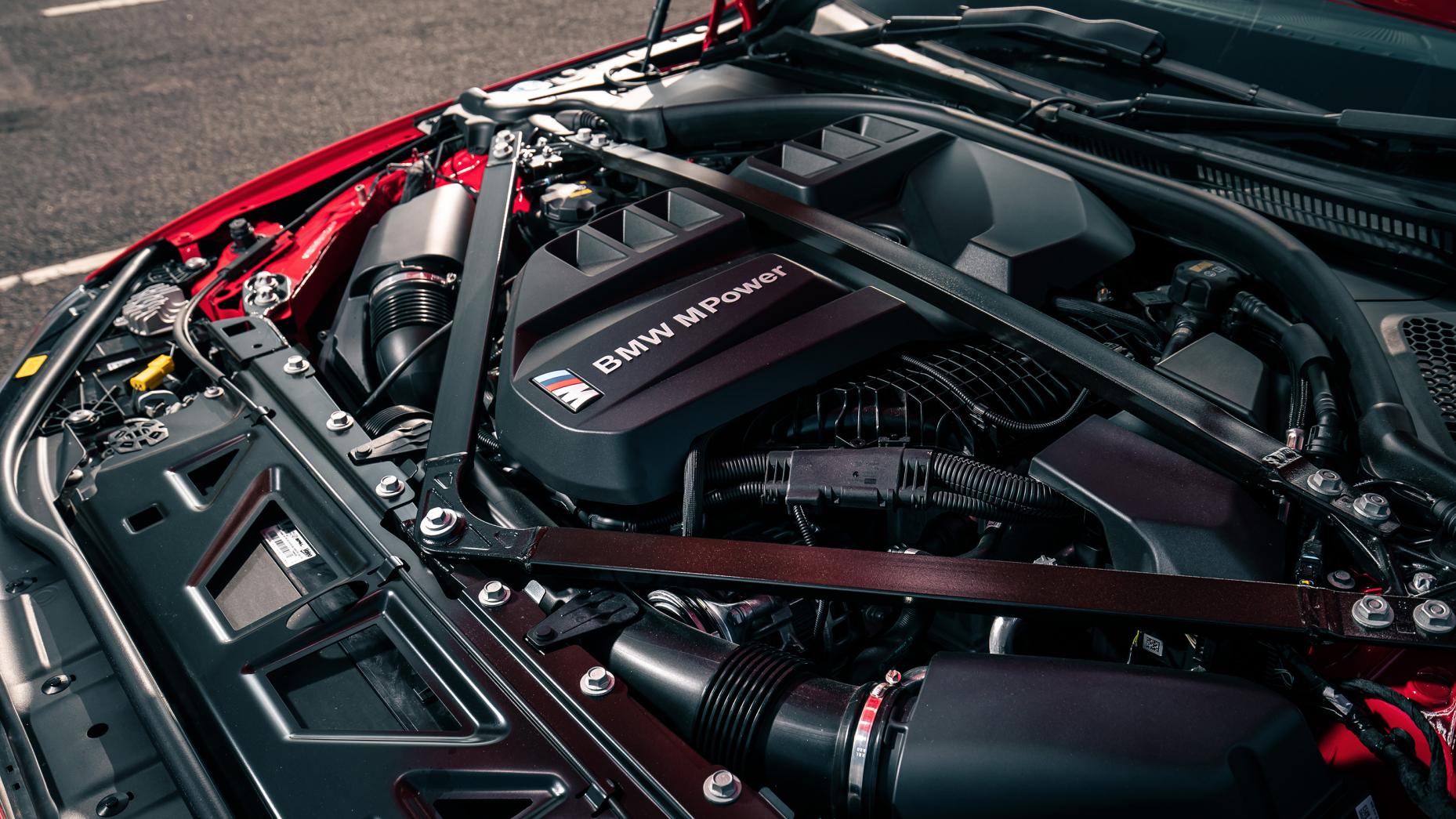 Now, the straight-six has come in for some criticism for not being exciting enough. After the wildly snatchy F80 M3, the supremely overengined V8 E90 and the silky but sonorous E46, it had rather big shoes to fill, and heavily tuning the 3.0-litre straight-six from the M340i doesn’t appear to have quite done it for some critics.

But look at it this way: it’s 2021, and the car world as we know it is morphing quite rapidly as taxation clamps down on anything without electrified assistance.

We’re all but certain that the next Mercedes-AMG C63 will be a four-cylinder hybrid. So the fact BMW’s launched an entirely petrol sports sedan may turn out to be rather novel. You can almost bet your dog it’ll be the last purely petrol M3. But please don’t. You can easily spec an M3 or M4 headlong into the S$500k barrier, but the beauty is you probably don’t need to. Its starting price may sound chunky, but BMW’s specced all the essentials. The old M3 and M4, with this kind of kit specced optionally, ended up at a similar figure.

If there’s one thing you won’t be able to resist adding, though, it’s the carbon bucket seats. Weird carbon c*ckrest aside (what exactly is it there for?) they’re really quite wonderful, though if your kids’ arms are long enough, they may use the backrest cut-outs to jab you in the ribs as you drive. At least there are two USB ports in the pack to hopefully distract them. The gearbox ferocity button is a familiar one in M cars dating back to the BMW M3 CSL and its infamous SMG transmission. Only now – with the G80-generation paddleshifters attached to a traditional automatic rather than a snappy twin-clutch ‘box – it serves a different function.

So the ferocity of the shifts doesn’t alter as you toggle through three different levels, rather the software map that decides the car’s automated shifts does.

Initially that’s a disappointment, but in reality it’s really quite a useful feature. It makes it quicker to temporarily pair Comfort suspension with a slightly more assertive shift patten, or sportier suspension and steering with a more economical blitz up to eighth gear. It’s yet more customisation, and you might already be fairly bamboozled by how much of that the new M3 offers. But you don’t have to use it all… 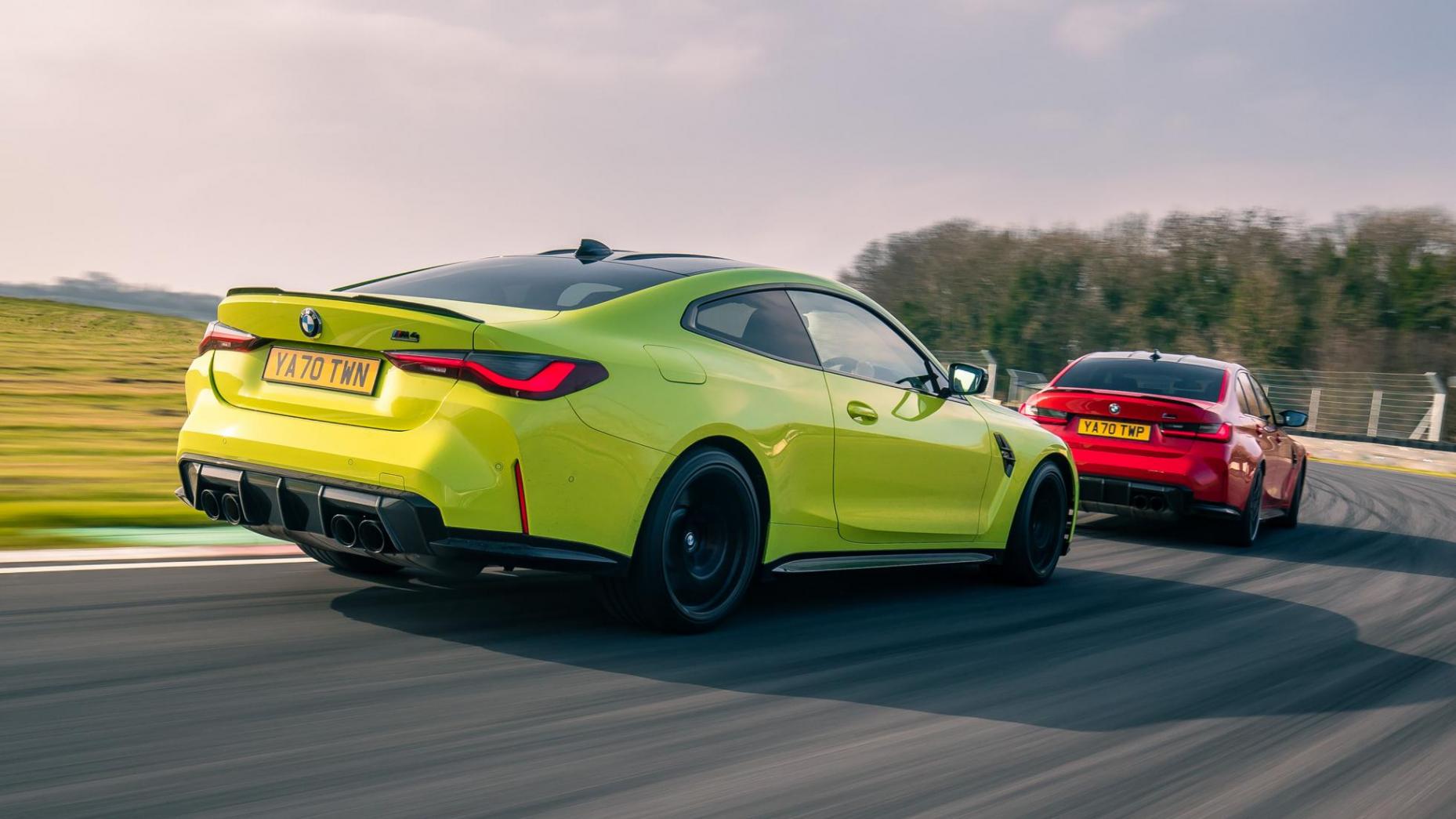 The M3 and M4 look quite different

We’ve covered some of the major headlines below the skin, so let’s end above it. The previous F80-gen M3 was the first to be four-door only, with the two-door renamed M4.

As a result, it was the first generation to sell over 100,000 units, almost doubling the E90 gen’s sales in the process. In the UK, almost twice as many buyers went M4 rather than M3. Splitting the body styles into different models irked the enthusiasts but rang way more money through the M Division till.

This time around they look more differentiated. Mostly because the M3 has gloriously swelled rear arches over a stock 3 Series, where the M4’s overall shape doesn’t seem as far removed from a regular 4. Its bodywork is bespoke, believe it or not, it just doesn’t appear to have guzzled quite as many creatine pills as the M3. 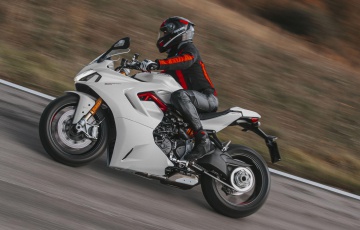