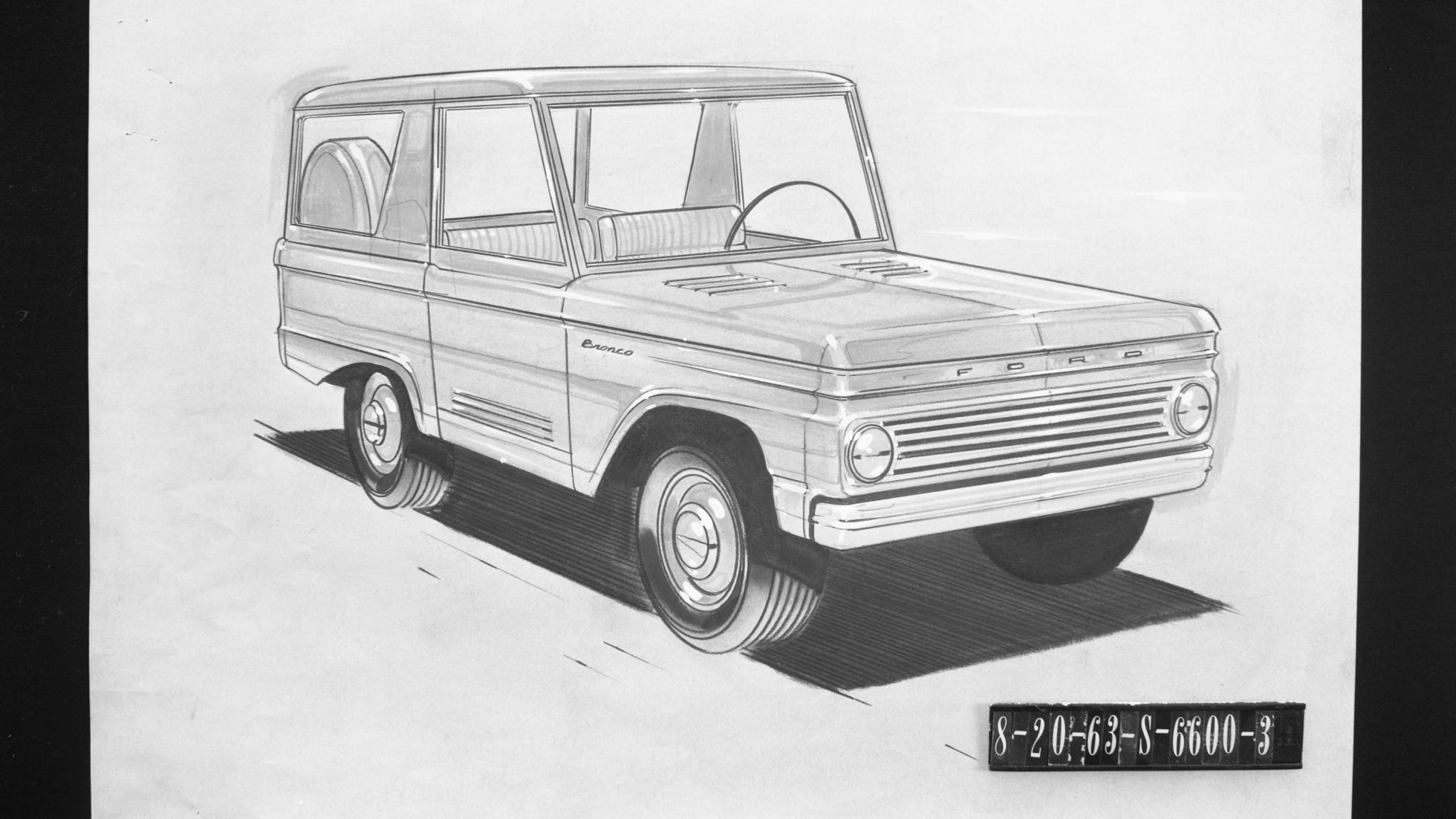 An American car company has announced a new motor vehicle capable of transporting passengers across some terrain. Ford (headquartered in Dearborn, you may have heard of it) has revealed the 2021 Bronco (probably heard of that one too).

Yep, it’s been a while, but one of the car world’s oldest model names – and one of the original, proper ‘utility’ vehicles – has returned; transformed, reshaped, updated and ready for probably just about anything. At least that’s what aforementioned American car company Ford is claiming.

There’s no disguising the fact that the new Ford Bronco looks absolutely superb. A retro-inspired interpretation, without falling into pastiche. Indeed, Ford itself claims that in designing the 2021 Bronco, it first 3D-scanned the original, first-generation 1965 Bronco. 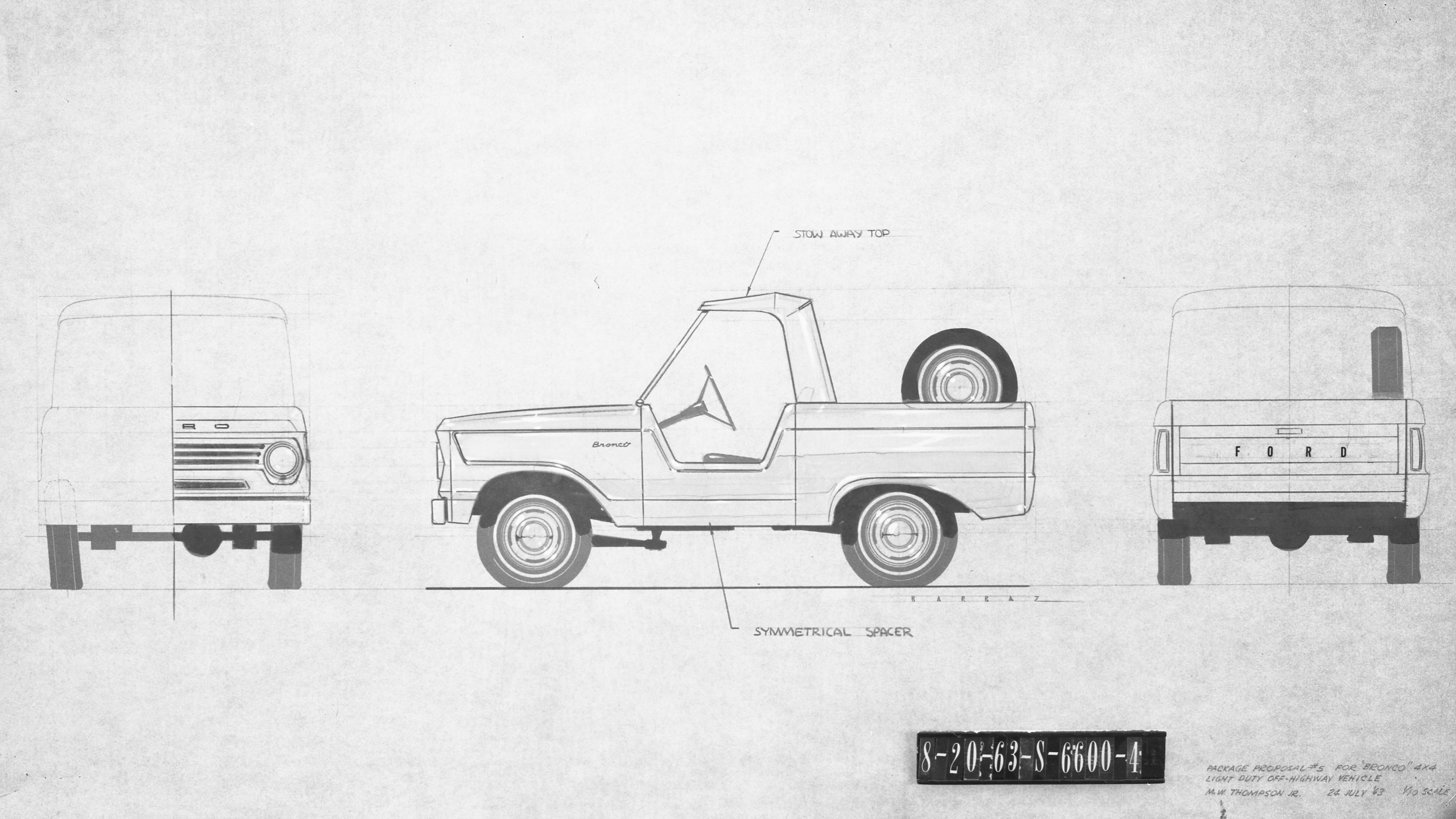 Which, in a rather striking coincidence, we have pictures of here. In the image above – sketched out in 1963, a couple of years before the Bronco was launched – you can see how clean, simple and downright boxy the wagon was. Marvellous.

It was also available as a roadster and a pickup too, and it was a stocky little thing: it measured just over 3.8m long, which is less than a Fiesta (4m), another car that Ford makes that you may have heard of. Or bought in the last ten minutes.

Want to read more about this new motor vehicle from that American car company? Head this way. 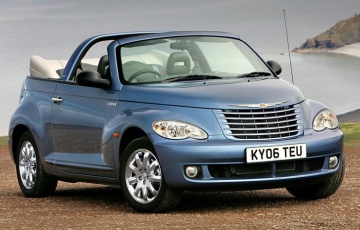