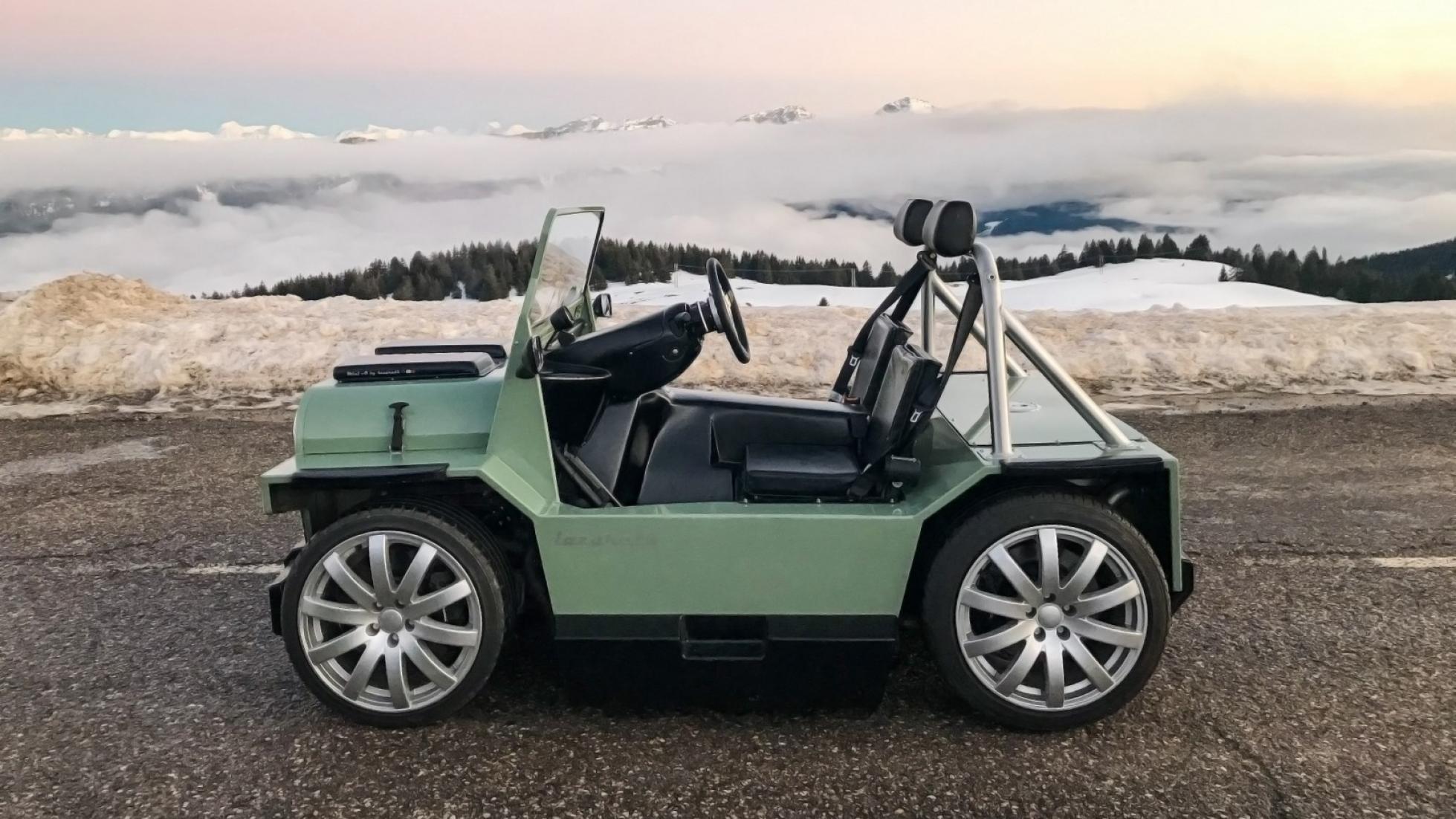 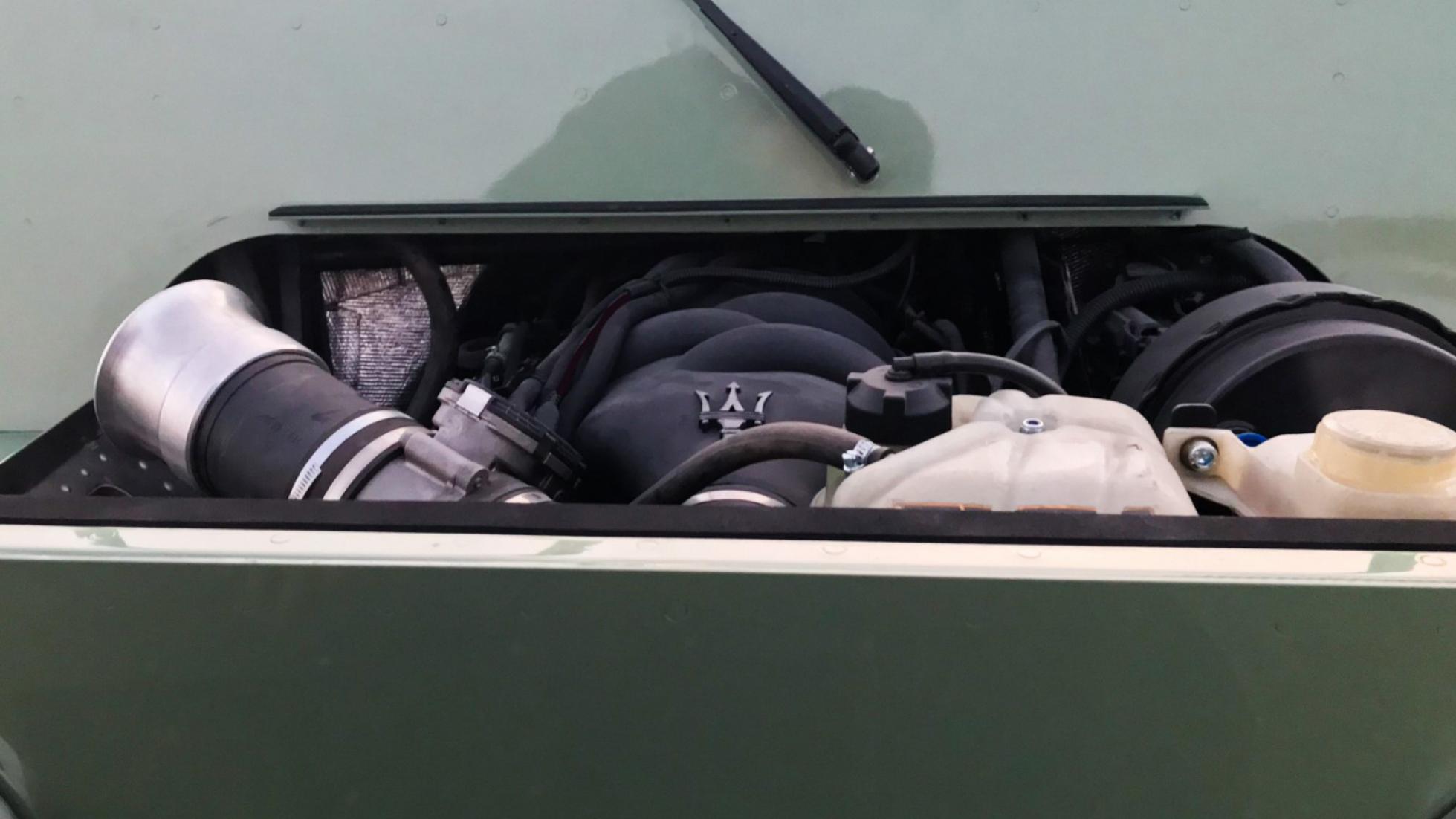 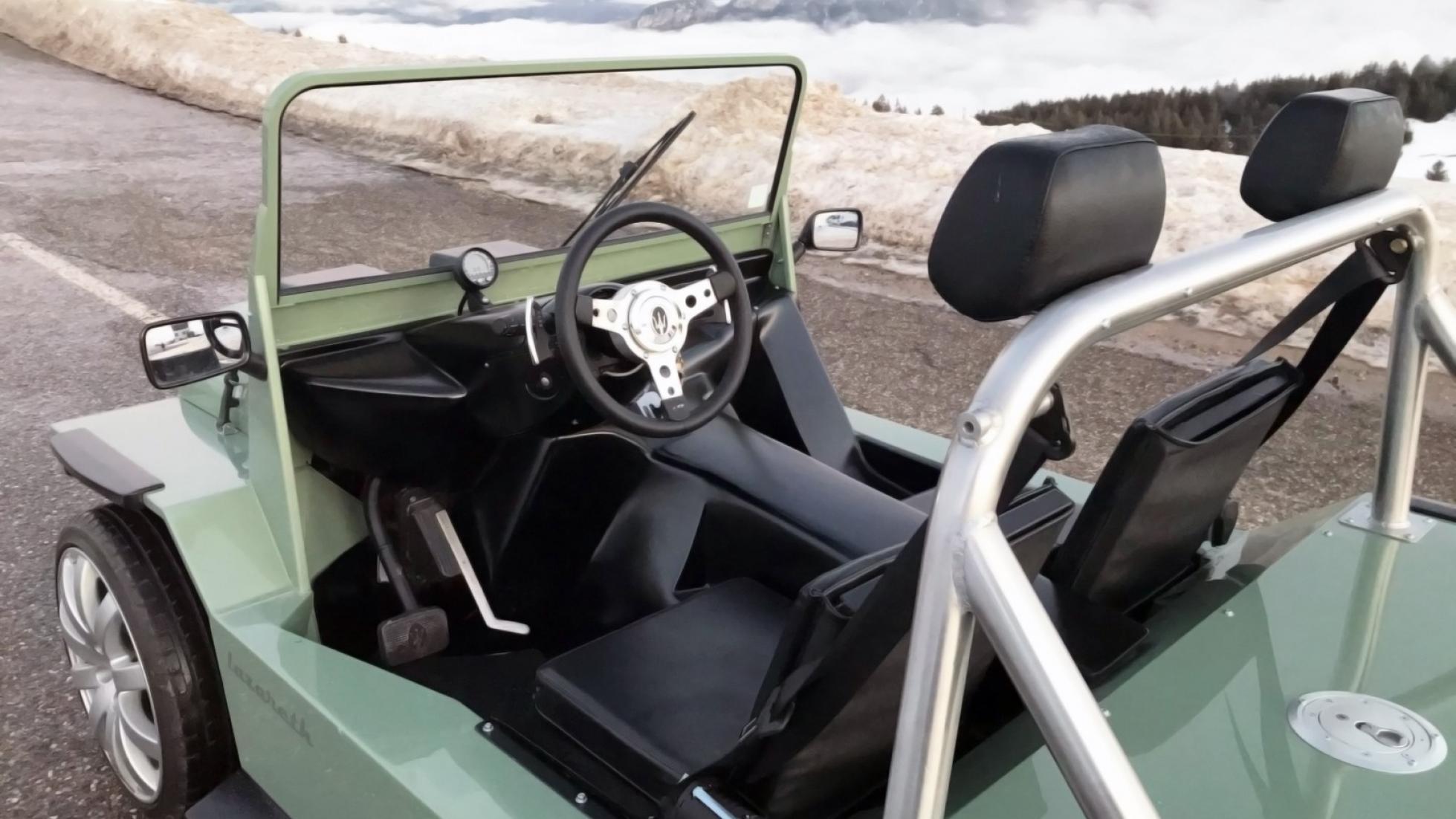 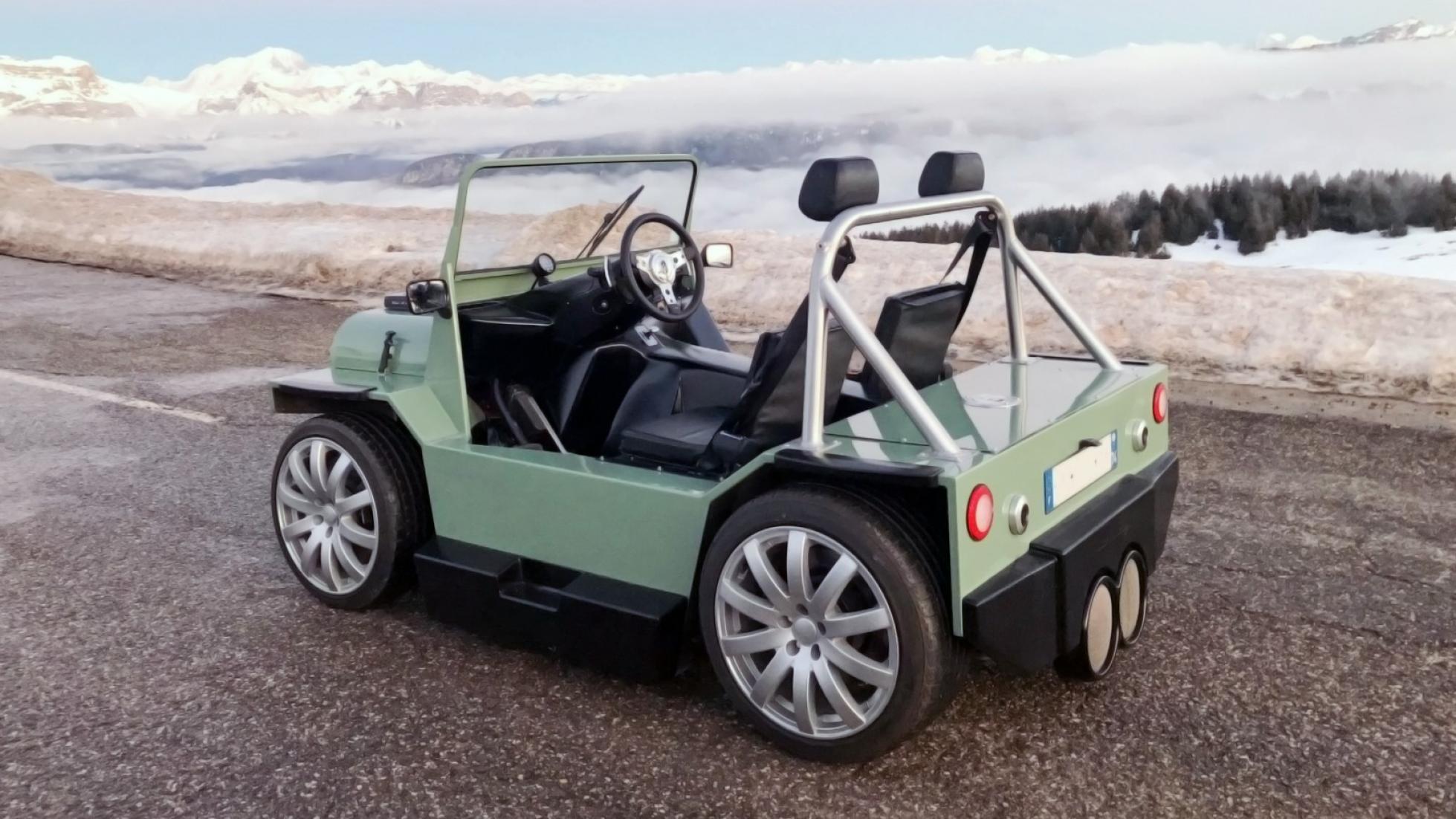 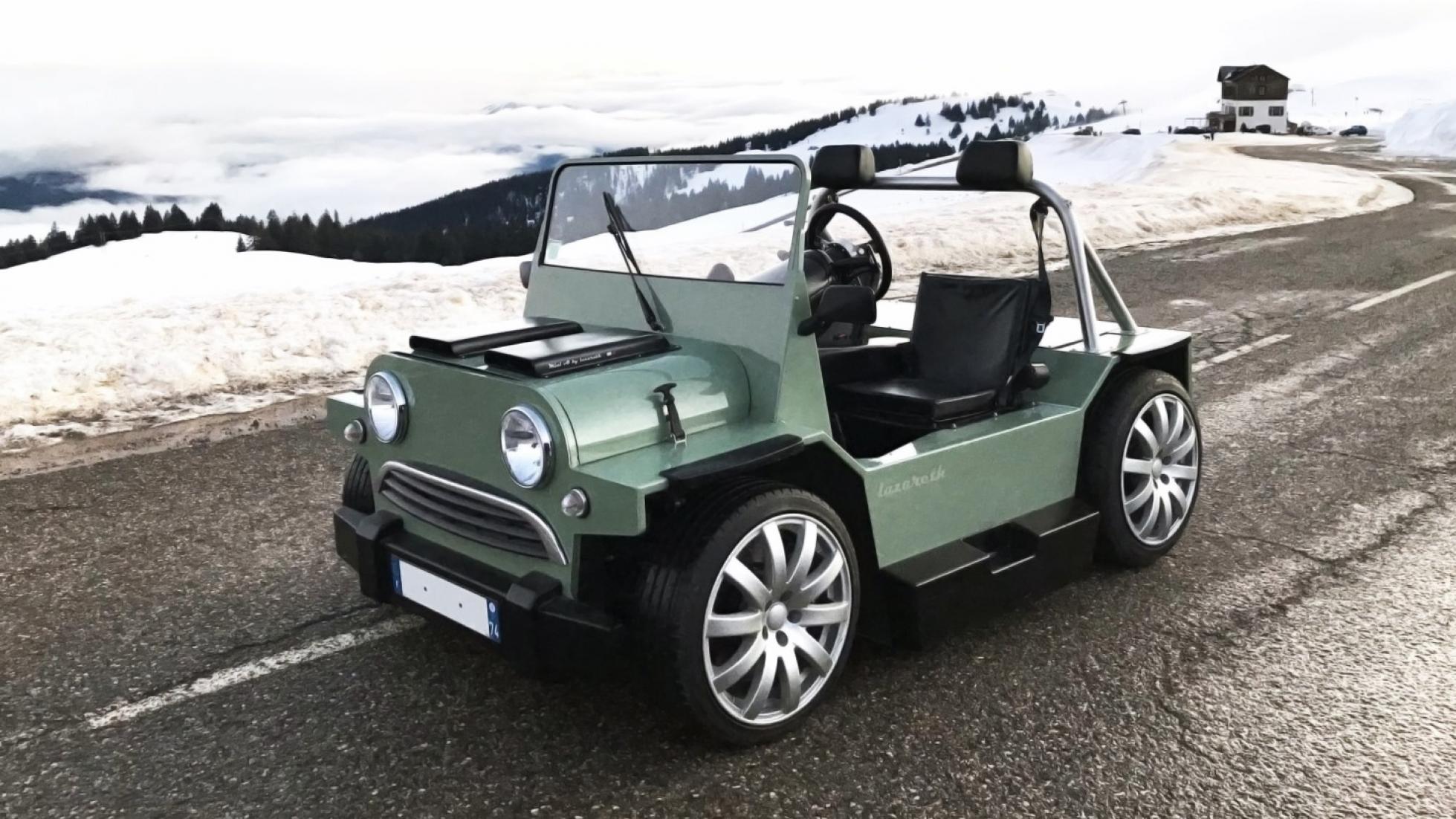 If you’re a frequent visitor to TopGear.com, you might be aware of the faintly terrifying fabrications of one Ludovic Lazareth. The man is a bit of a hero, creating properly bonkers car and motorbike amalgamations – see here for reference.

It’s not just wild four-wheeled bikes that his company – Lazareth Auto-Moto – deals in though. Back in 2017 it announced plans to build a run of amphibious cars based on short-wheelbase versions of the Mini Moke. Because why not?

Recently though, the story goes that one of the prototype Moke body shells was lying around on the factory floor along with, conveniently, a 4.7-litre Maserati V8 engine. You can see where this is going can’t you?

Yep, scroll through the pictures above and you’ll see what really is a two-seat Mini Moke with 460hp and 520Nm of torque. Crikey.

Now, our French translation might not be the best, but Lazareth seems to say “the beast is playful, and responds to the slightest request” – and we wouldn’t be inclined to argue. The V8 Moke weighs just 850kg and uses the original Maserati flappy paddle gearbox.

Check out those 17-inch wheels too – the whole thing looks (and probably feels) cartoon-like. It’s fantastic.

Needless to say, the Moke will only be used on private circuits by Lazareth. It is, however, for sale. Yep, if you can write a cheque big enough, you can buy it. How much would you offer, Internet?

Just be warned – this particular one isn’t amphibious… 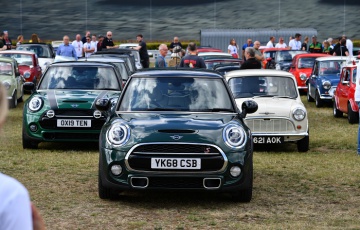 The iconic ‘mini’ Mini has a meet of ‘maxi’ proportions 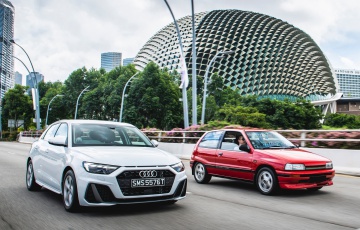 The fact that the pair is in Singapore’s national colours was a happy coincidence. A bigger treat is to see how far we’ve come in terms of our compact city, as well as in terms of such compact city-cars. 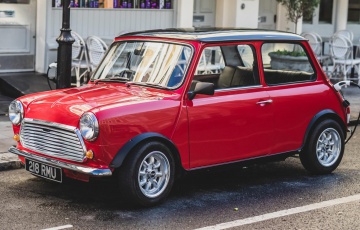 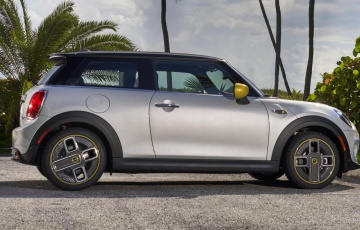