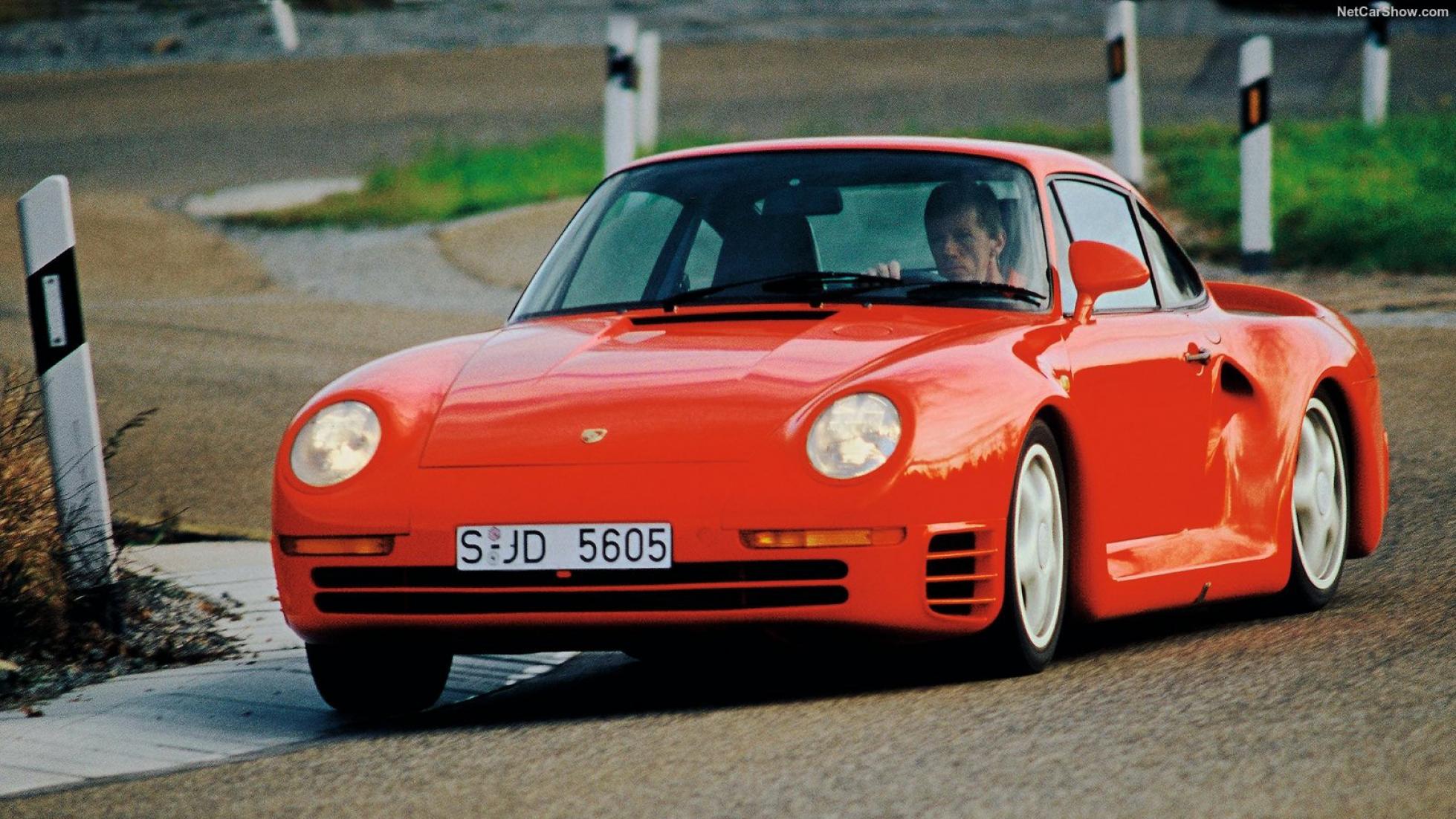 It’s been suggested Porsche reckoned a healthy 959 would indeed top the magic 320km/h, but for the sake of modesty, it didn’t claim a double-tonne max speed. 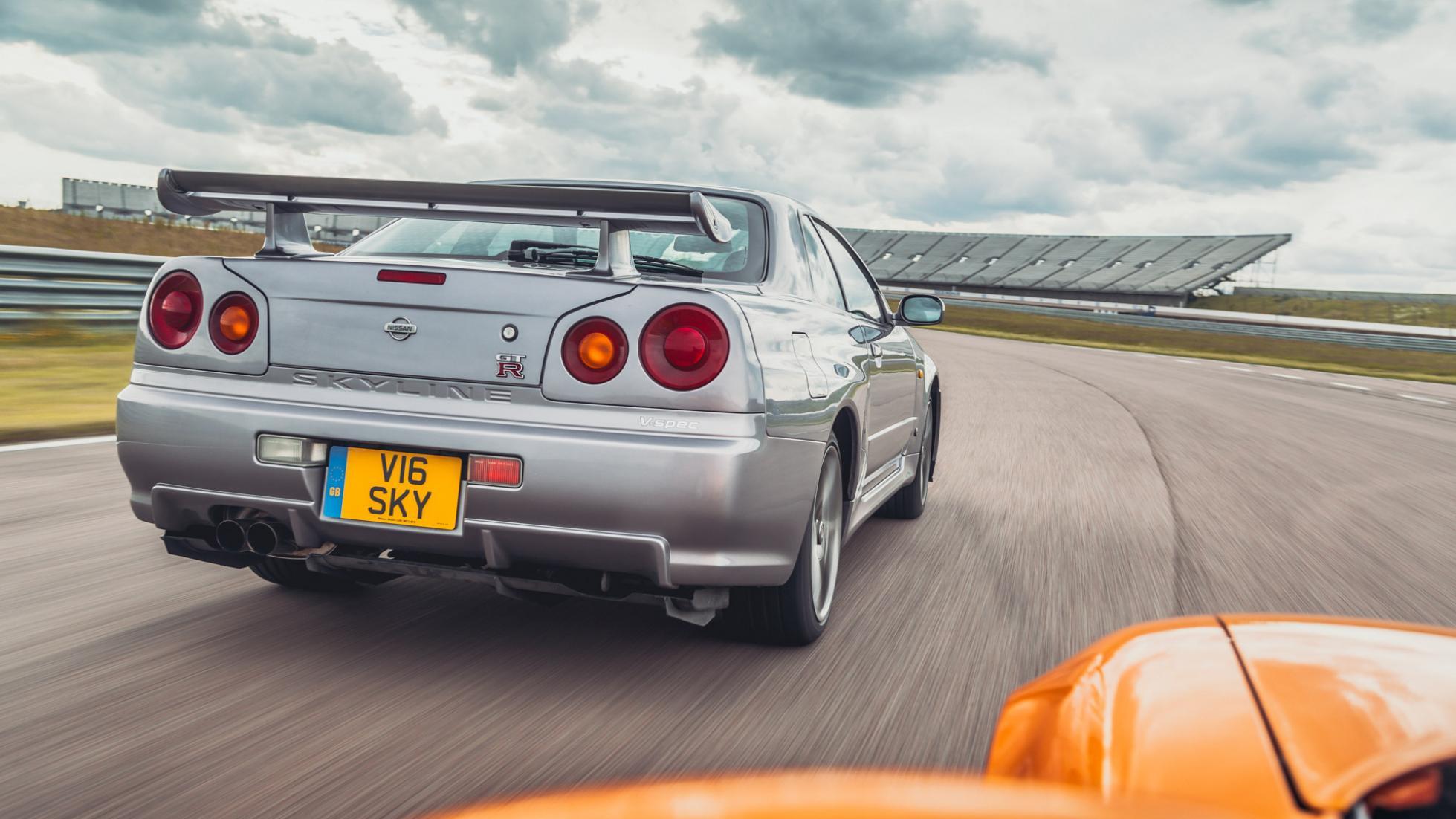 Back in the 1990s, all the Japanese car companies had a polite and honourable agreement that they wouldn’t make a car with more than 280hp. In a nation with kei-car rules and such densely populated cities, a power war just wasn’t necessary.

But, it was an open secret that the car snarled out of the factory packing in excess of 400hp, and that was before the tuning-happy owners set about the motor with bigger turbos and exotic internals…

If everything had been limited to 280hp, Fast and Furious would have been a very different movie franchise. They’d have never kept up with that cargo plane for the whole 30km runway… 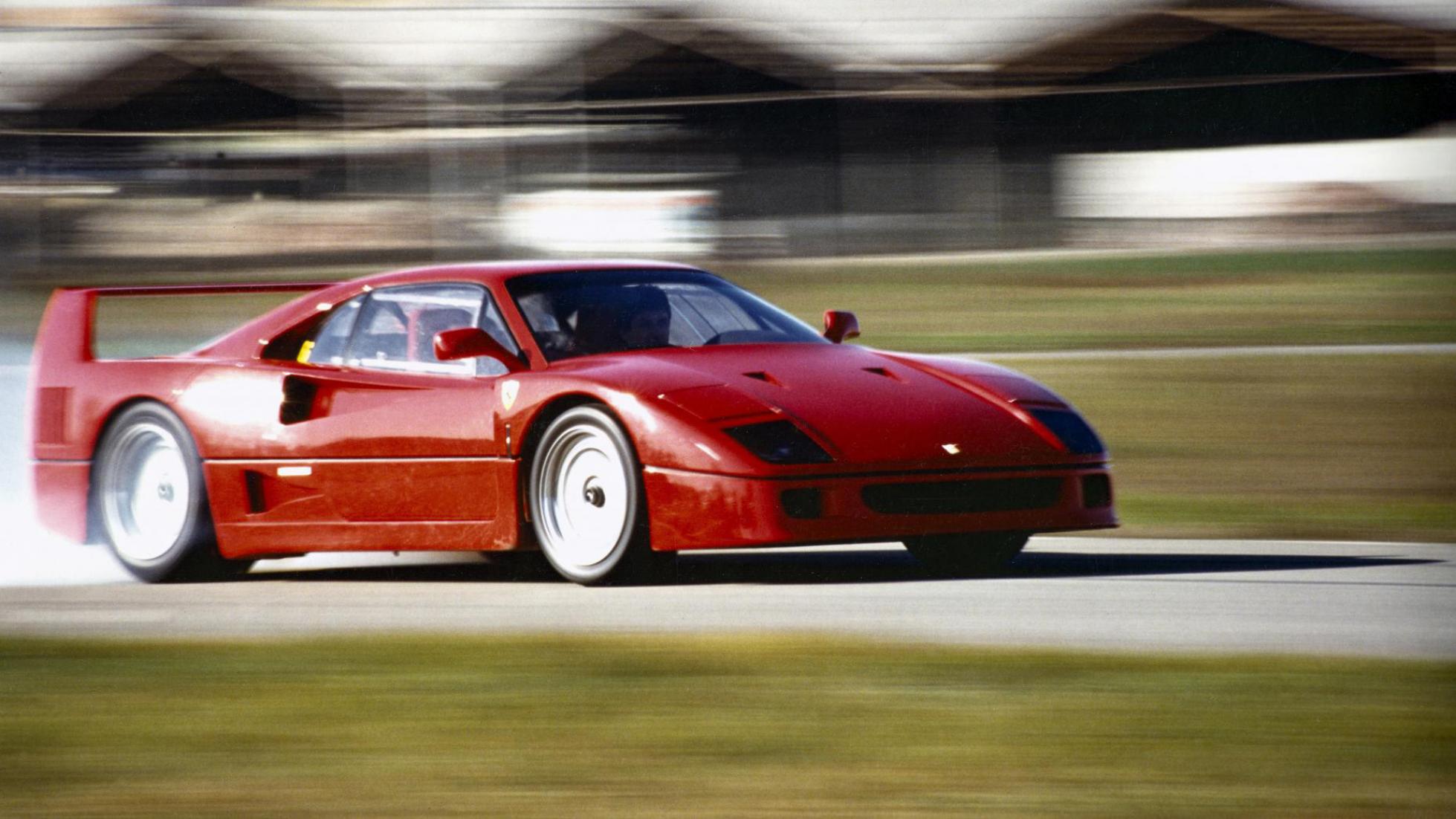 While the Porsche 959 was arriving to dominate autobahns, Ferrari’s low-tech, lightweight F40 was ready to rule the autostrada.

The 2.9-litre V8 may have been titchy, but its enormous twin turbochargers boosted output to a massive 480bhp.

That said, turbo tech was fairly primitive back in the day, as anyone who’s experienced an F40’s psychotic turbo lag will tell you. When they’ve finished screaming.

Owners of F40s reported their cars developing well in excess of 500 horsepower which goes some way to explaining why Ferrari’s F50 which exceeded the F40 in the mid-1990s couldn’t keep up in a straight line, with its peakier, less grunty F1-derived V12. Whoops. 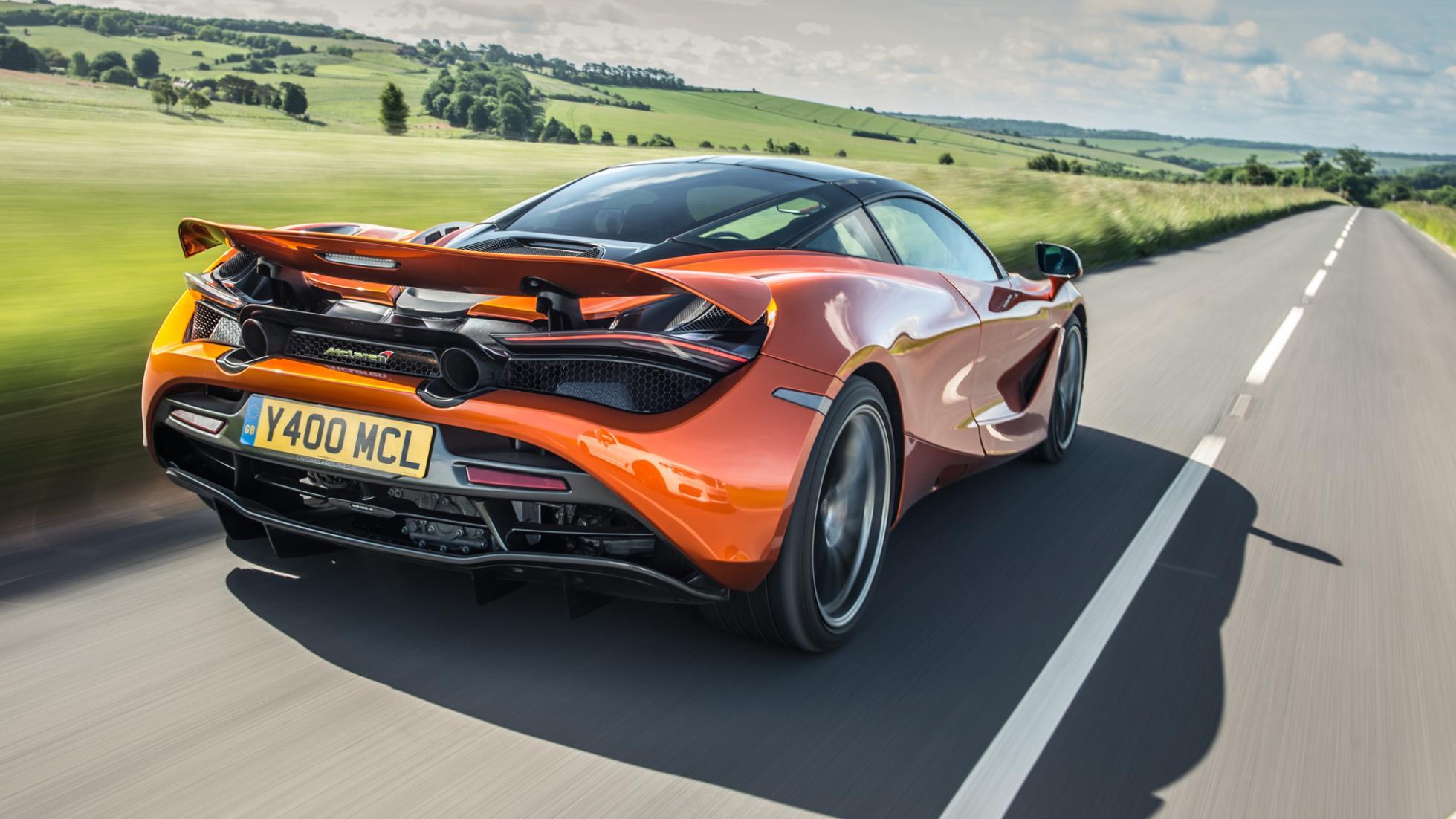 By putting the number of horses it supposedly contains in the damn name, you’d expect a McLaren 720S to serve up 720 horsepower.

And yet, several cars were publicly dyno-tested and actually delivered over 750hp. When Top Gear tested a 720S back in 2017, it beat McLaren’s already crazy 2.9sec 0-100km/h claim by 0.2 seconds. And to think they then went and built something called the 765LT… 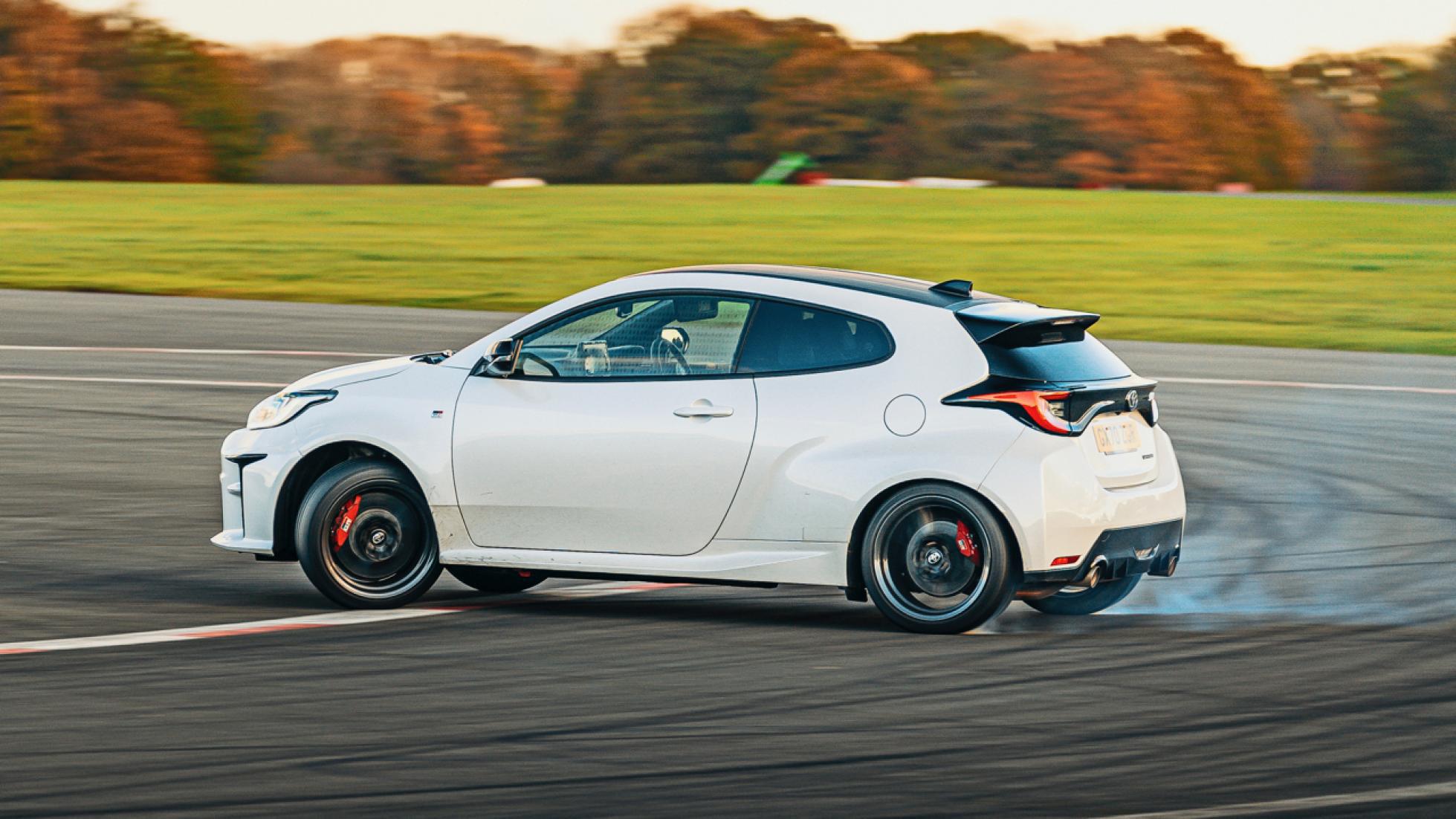 Another recent hero we’ve strapped the timing gear to and blitzed the brochure claims is Toyota’s spectacular GR Yaris. The little four-wheel drive rally wannabe is supposed to get from 0-100km/h in 5.5 seconds, and that’s already plenty quick enough to make a Golf GTI blush.

But when we figured a GR Yaris at the Top Gear test track (after we got bored of pulling the handbrake, as you can see in the photo…) it went past 95km/h in just 4.6 seconds, and not even a Golf R would keep up with that. 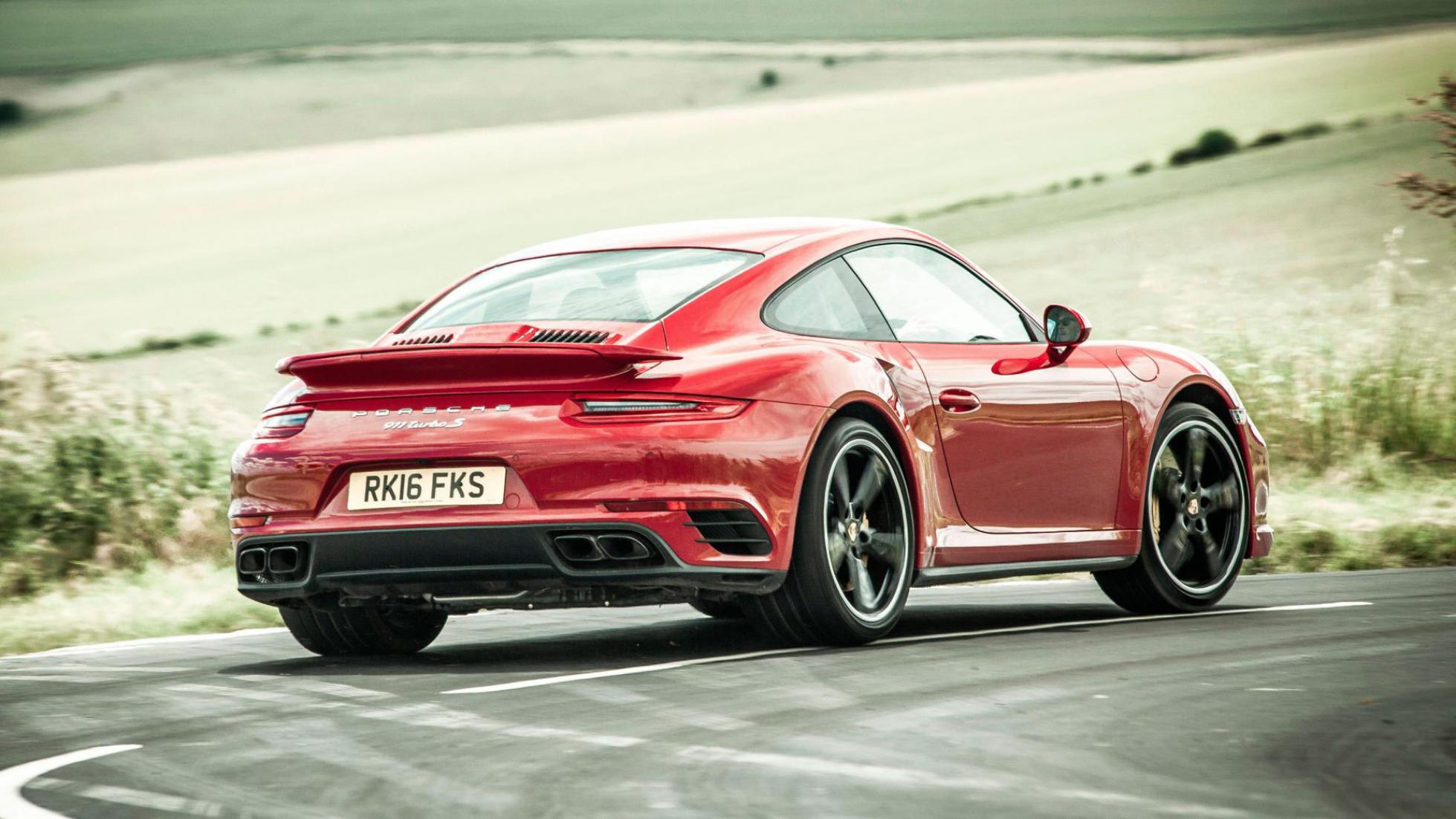 Remember how we were talking about the Porsche 959 with its clever all-wheel drive, cleverer twin-turbo engine and how all of that German intel was stuffed into the body of a 911?

How times change, eh? Ever since Porsche stuck its twin-clutch gearbox in the 911 Turbo (as a riposte to the cheaper, faster Nissan GT-R) it’s been one of auto-dom’s drag race heroes.

Case in point: the old 991 Turbo S claimed 0-100km/h in 2.9 seconds. Yet Top Gear has timed these practical supercars at a verified 2.5 seconds off the line – the same pace as a Bugatti Veyron.

Why is Porsche so cagey with its incredible figures? Apparently the company’s rule is that any owner – no matter where in the world they’re driving, at whatever altitude, using whatever quality fuel, however worn the tyres or even if the car’s 160,000km old – should be able to match the numbers printed in the handbook.

So, whenever you hear a Porsche 0-100km/h time, think of it less of a target, more of a worst-case scenario. 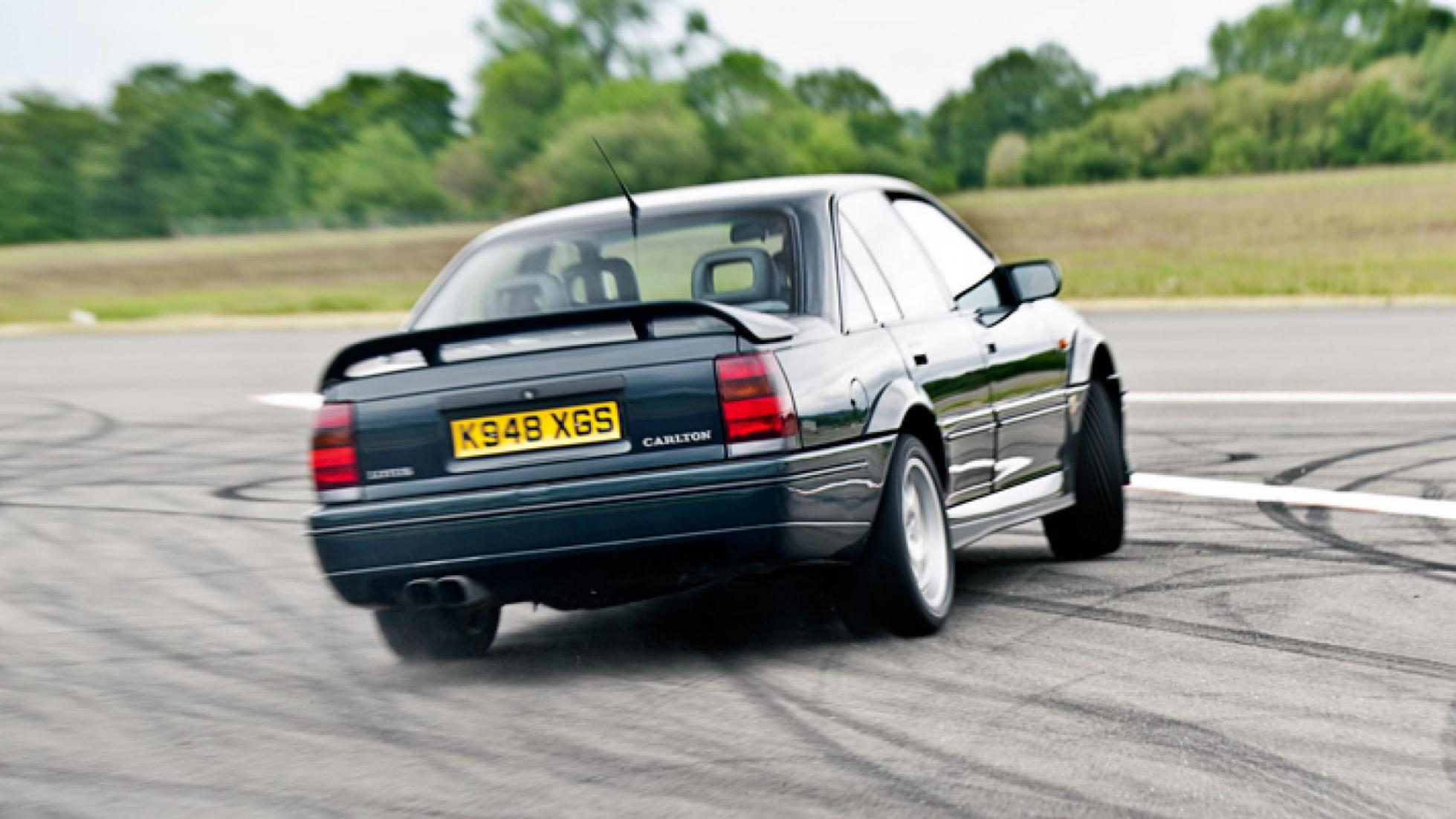 Draw up a list of the most controversial, rule-breaking, anti-establishment cars ever made, and this humble Vauxhall Carlton sedan would be right up there with the worst of them. See, in 1990, Vauxhall decided it needed a supersedan to take on the BMW M5. And it sort of overdid it.

Lotus upped the straight six engine from 3.0 to 3.6 litres, then added not one but two massive Garrett turbos. The result was 377bhp, and a four-door sedan that could get from 0-95km/h – despite a hefty manual gearbox and no traction control – in just 5.2 seconds.

Stories were rife of hapless police giving chase to criminal gangs in stolen Carlts, but having to give up as the mega-Vauxhall rocketed away from their miserable panda cars on the motorway. Nothing could live with it.

This was the world’s fastest sedan car, and its legality was even debated in the British parliament. Lotus and Vauxhall, wary of lawsuits over their creation’s huge pace, officially claimed the Carlton had a top speed of ‘just’ 280km/h, even though company insiders were well aware it wouldn’t actually run out of puff until closer to 305km/h. 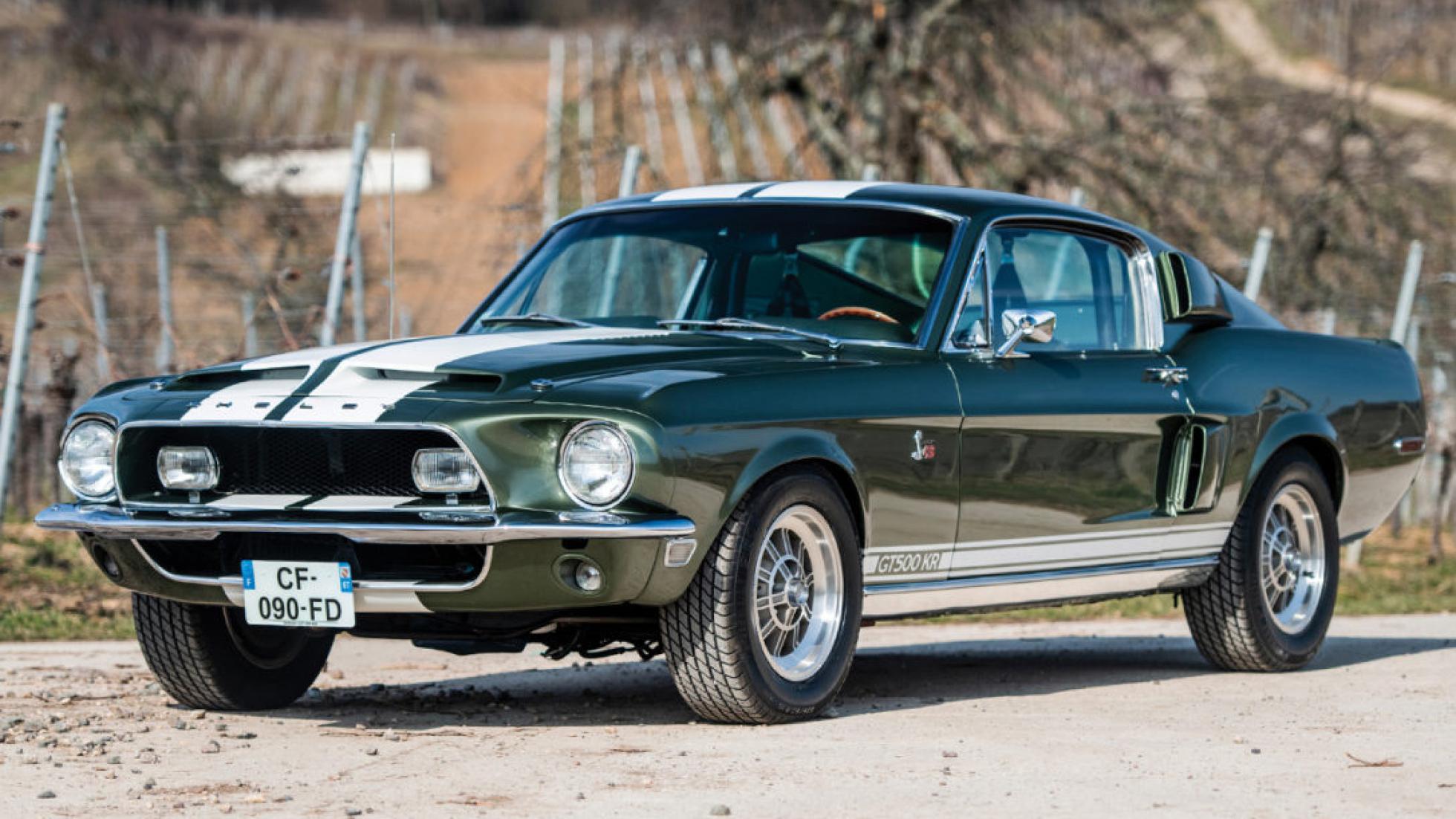 This tactic of ‘add horsepower, subtract truth’ was a tried-and-tested winner long before the Japanese took it mainstream. One of motoring’s most titanic power struggles happened in America during the mid-to-late 1960s, and made the Space Race going on around the same time look about as competitive as a retirement home wrestling match.

The likes of Chevy, Ford, Pontiac, Dodge, AMC and Plymouth were locked in combat to offer even more power, lairier colours and wilder names. They were heady days, but even Shelby knew that going so far as to put an actual racecar engine in a Mustang was likely to wind up the powers that be. If they found out…

So, when the ’68 GT500 ‘King of the Road’ made its big entrance, the company rated its 7.0-litre V8 at 335bhp: a monumental amount of power for a stone-age chassis riding on a live rear axle. Just as well only insiders knew the motor was actually churning out 435bhp on ‘pump gas’. Whatever that is. And to finish, one of the quintessential ‘we didn’t know it was that fast, honest’ cars.

Gordon Murray insisted his quest to build the world’s greatest driver’s car was never supposed to end in breaking the production car speed record, but the numbers were in his favour.

The F1 was small, slippery, punched a teeny hole in the air and BMW’s sublime V12 pumped out 635hp – a full 14 per cent more powerful than Murray had originally briefed for. Big poke, small footprint. Good for top speed…

While the official maximum was a heady 371.7km/h (calculated from earlier high-speed testing at the Nardo bowl), there was always a suspicion an F1 could go faster in a straight line.

And so on 31 March 1998 – six whole years after the F1 burst onto bedroom walls around the world – McLaren got Volkswagen to lend the Ehra-Lessien test track out for a bit of high-octane science.

Meanwhile, McLaren raised the V12’s redline from the standard 7,300rpm to 8,300rpm, and strapped in Le Mans ace Andy Wallace to fire the XP5 prototype into the record books. The verified v-max was a sensational 243 miles an hour (with a two-way average of 240.1mph).

The F1 remains the fastest naturally-aspirated car ever built, almost three decades after it emerged. Not to mention, even faster than it was ever supposed to go. 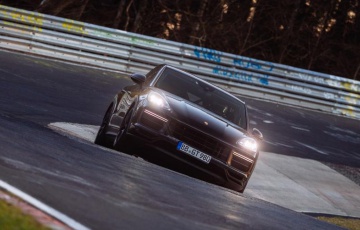