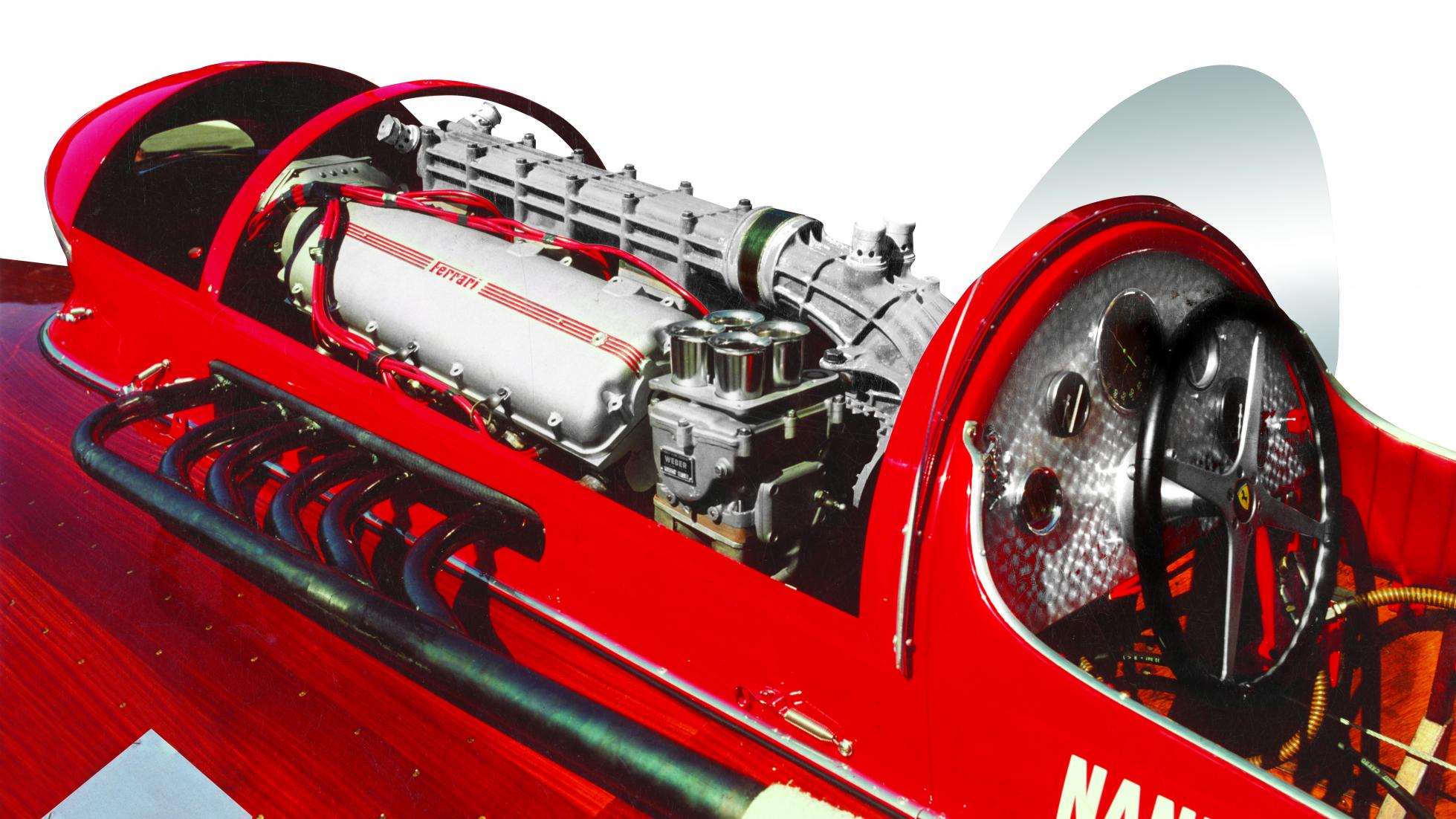 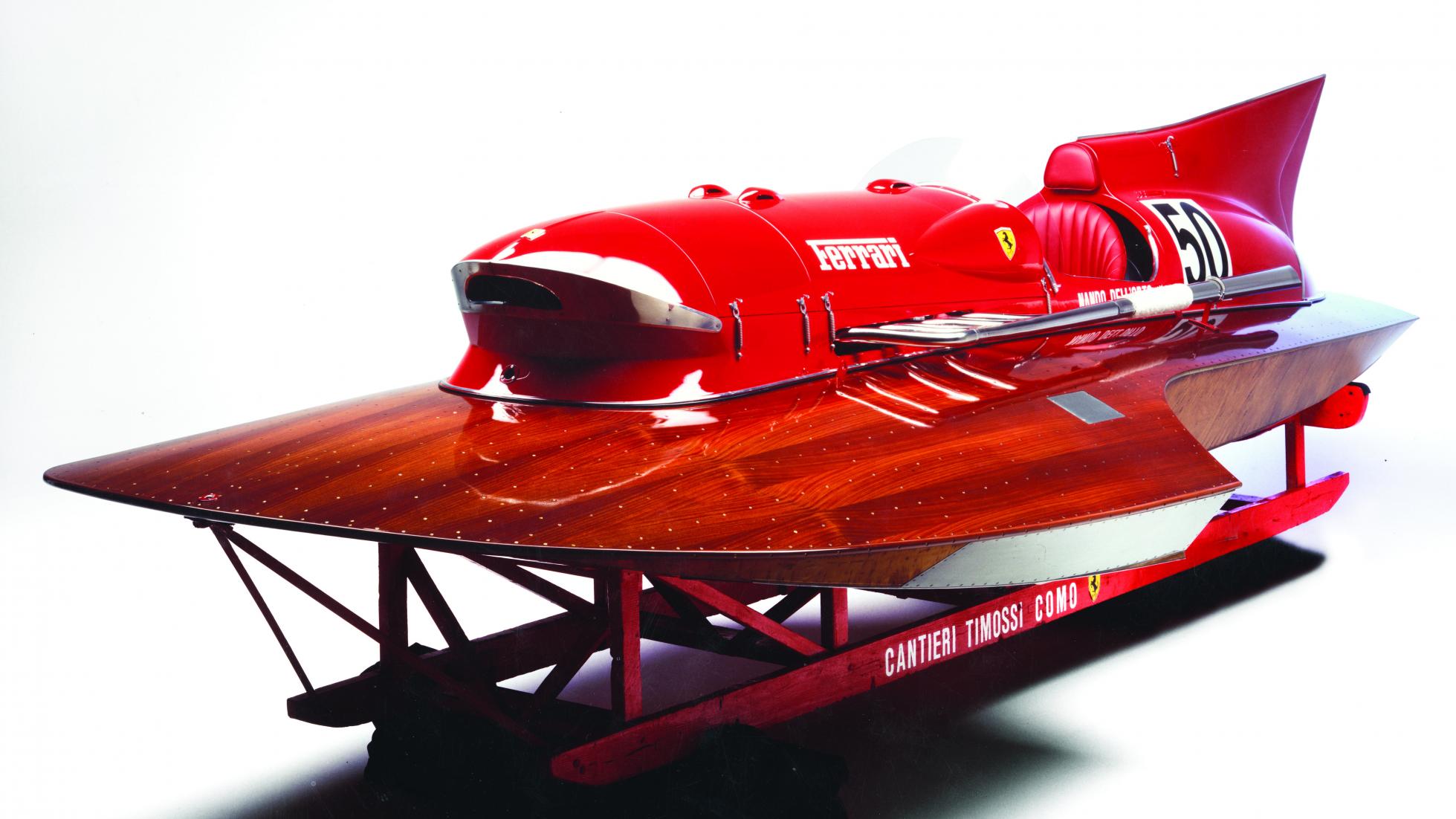 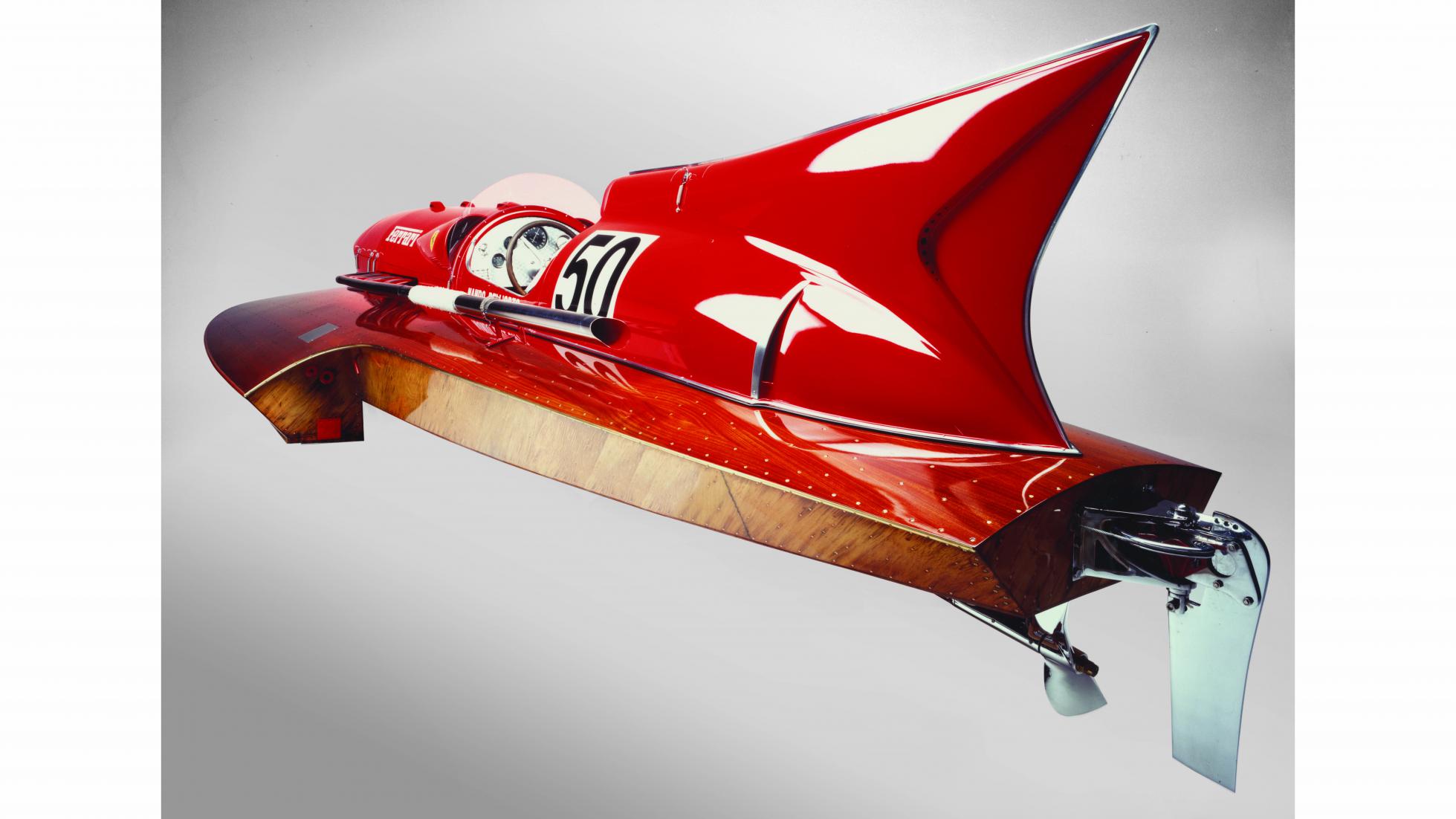 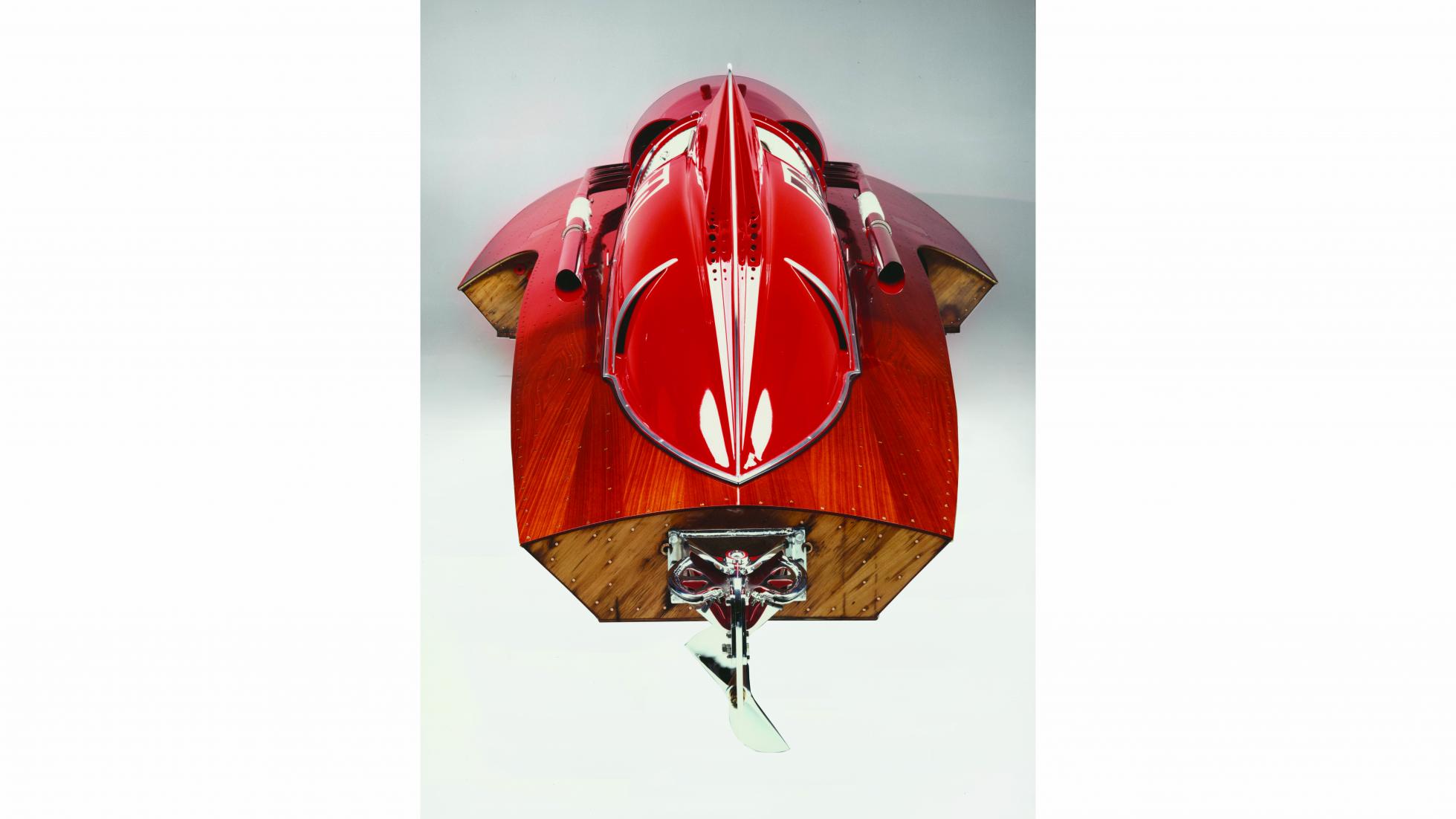 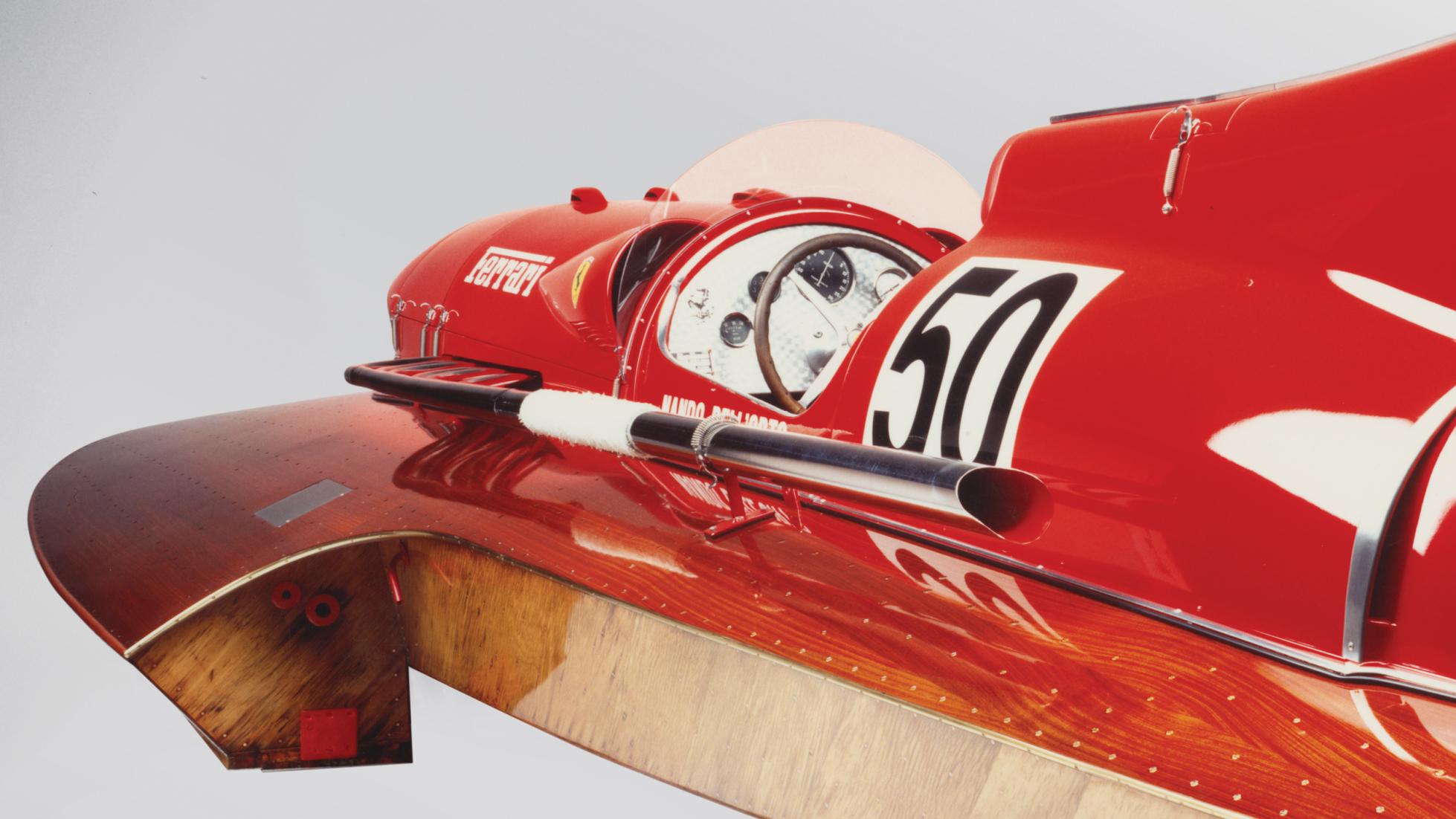 Back in the early 1950s, a man named Achille Castoldi wanted to break the speed record for 800kg boats. This hadn’t just come out of the blue – Castoldi was a bit of a star on the ‘fastest boat in the world scene’, so he commissioned the Cantiere Timossi boatyard to make him a hardwood hydroplane shell.

Castoldi was clearly quite a persuasive man – having bought the hull, he painted it Ferrari red and somehow convinced Enzo Ferrari himself to help with the powertrain. Enzo didn’t just send a work experience kid to slap a few stickers on though, he dispatched the full Scuderia F1 team along with a 4.5-litre V12 from the 375 F1 car. Crikey.

Clearly, the engineers decided that 385bhp would not suffice. Their solution was to whack two massive superchargers on and feed the whole thing with methanol rather than petrol. The result? Between 550 and 600bhp in race tune. In 1953.

Suffice to say the Arno XI, as it was christened, set a world record speed of 242.19km/h over a flying kilometre on Lake Iseo in northern Italy – a record which still stands today in its class.

That wasn’t the end of its story though. The boat was subsequently raced (successfully) for 10 more years by engineer Nando dell’Orto.

Recently, the Arno has apparently undergone a full restoration by Ferrari Classiche, and it’s currently for sale via the duPont Registry. If you have to ask the price, you almost certainly can’t afford it… 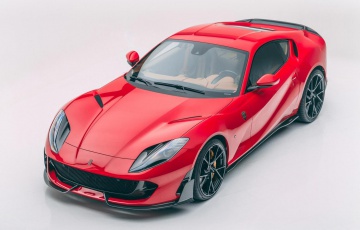 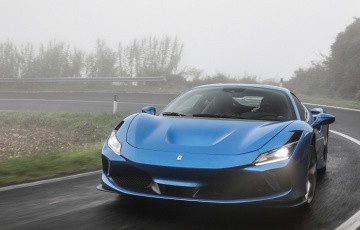 Do fresh looks and a punchy Pista-engine make the Ferrari F8 Tributo a tempting proposition?