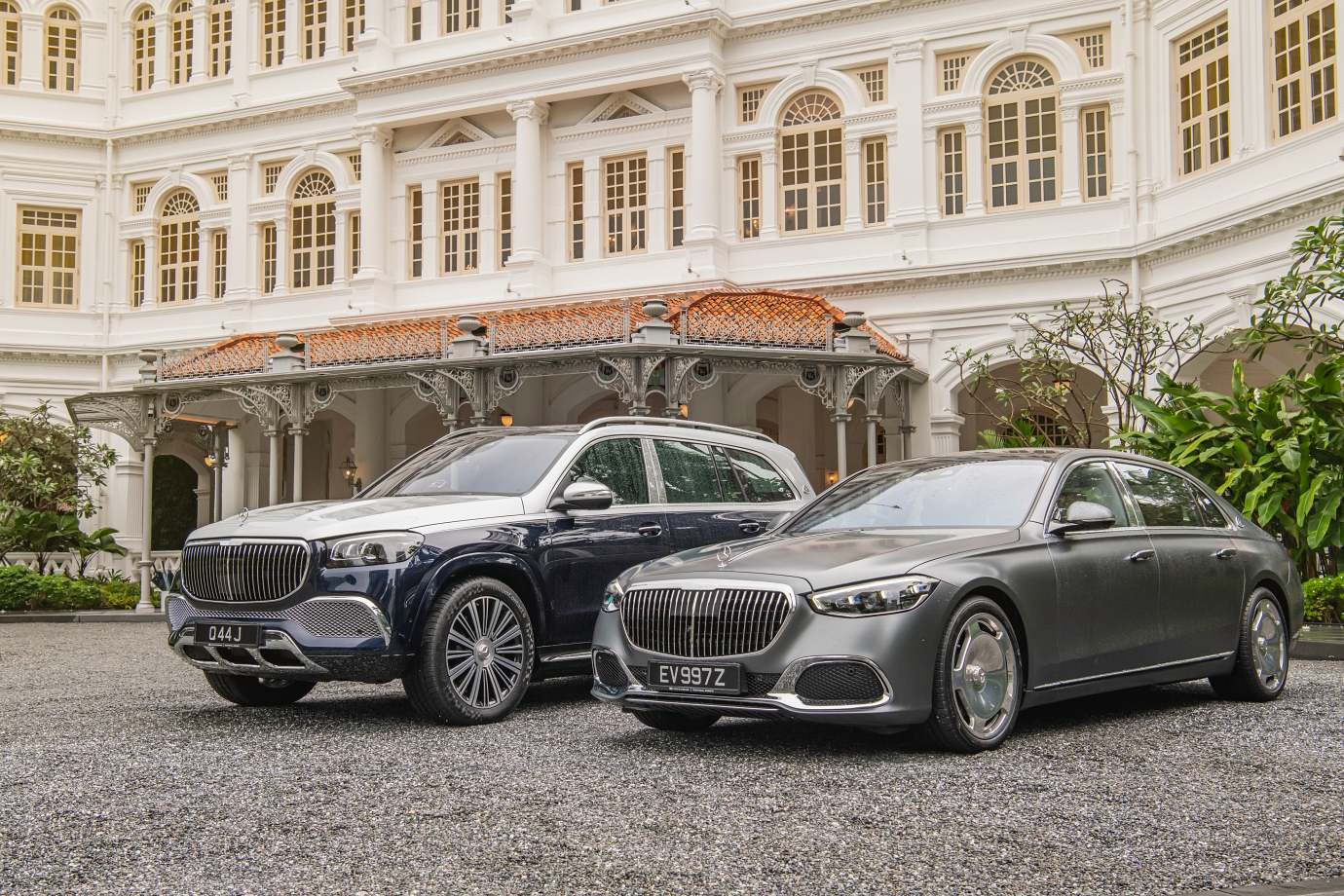 Like the elegantly restored grand dame herself, the latest Mercedes-Maybach models are a fabulous fusion of old and new, which appeals to those who have a healthy regard for pedigree, yet want the latest in comfort, safety and luxury in a discreet package.

Just know that the GLS 600 and S 580 are feature-packed with everything you can think of – including a chiller fridge for champagne and full-flat rear seats in the GLS, as well as powered, one-touch opening/closing rear doors in the S 580.

However, even though the brand has executed its latest offerings with painstaking attention to detail to live up to the ‘Maybach’ emblem, don’t expect us to delve into the specifications in exhaustive detail here.

Why? You’d be missing the point of such uber-luxe vehicles, because in this segment, it isn’t about the individual nitty-gritty specs.

Rather, it is the holistic manner all the elements blend seamlessly and harmoniously together and require very little effort from the occupants to operate, because this is the true meaning of luxury.

When people snap to attention and things are done for you with minimal fuss, the last thing you want to do is to be the one fussing around with tech.

So no, you’re also not likely to see such prospects poring over spec sheets and comparing equipment across car models. It's either "buy" or "don't buy"... 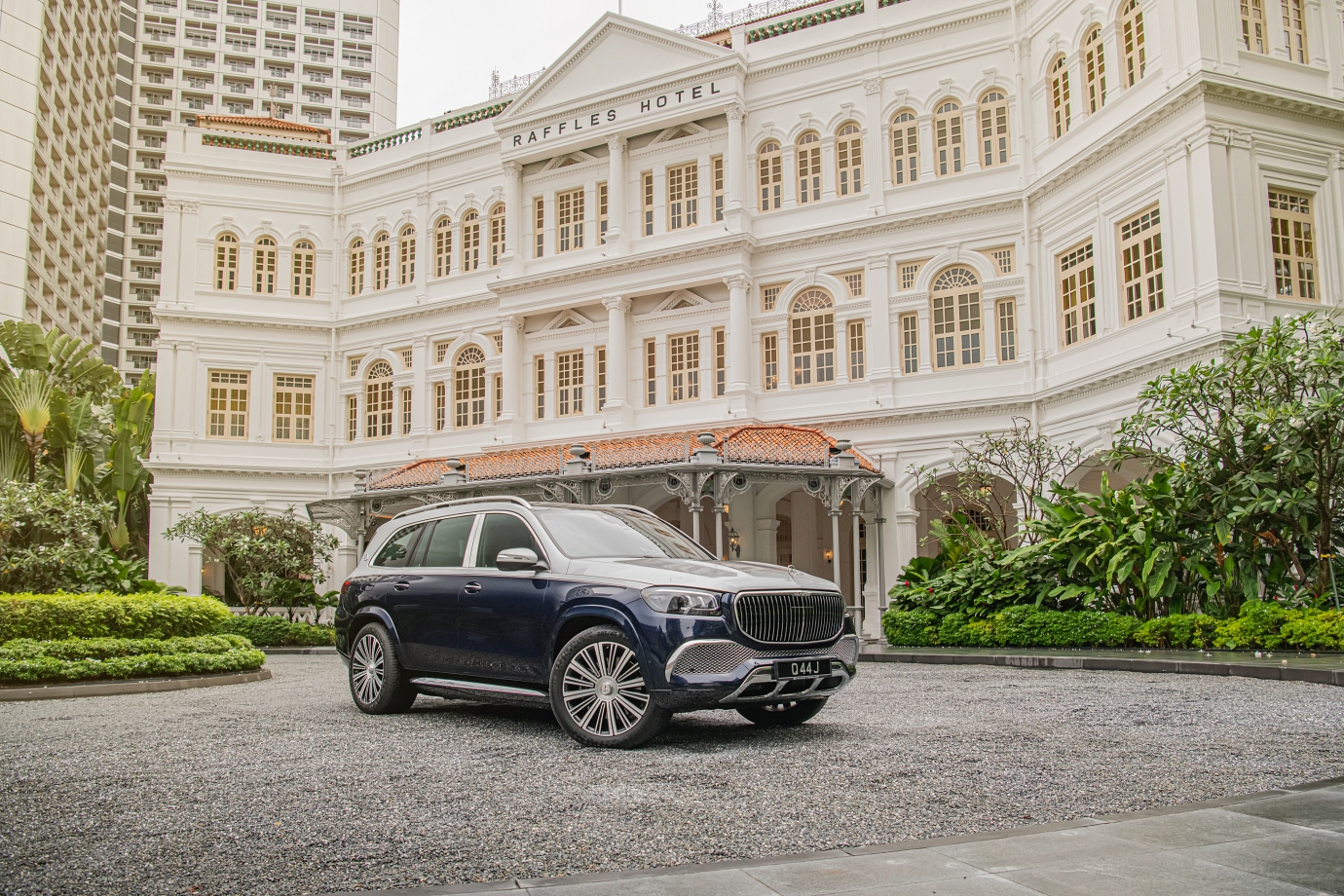 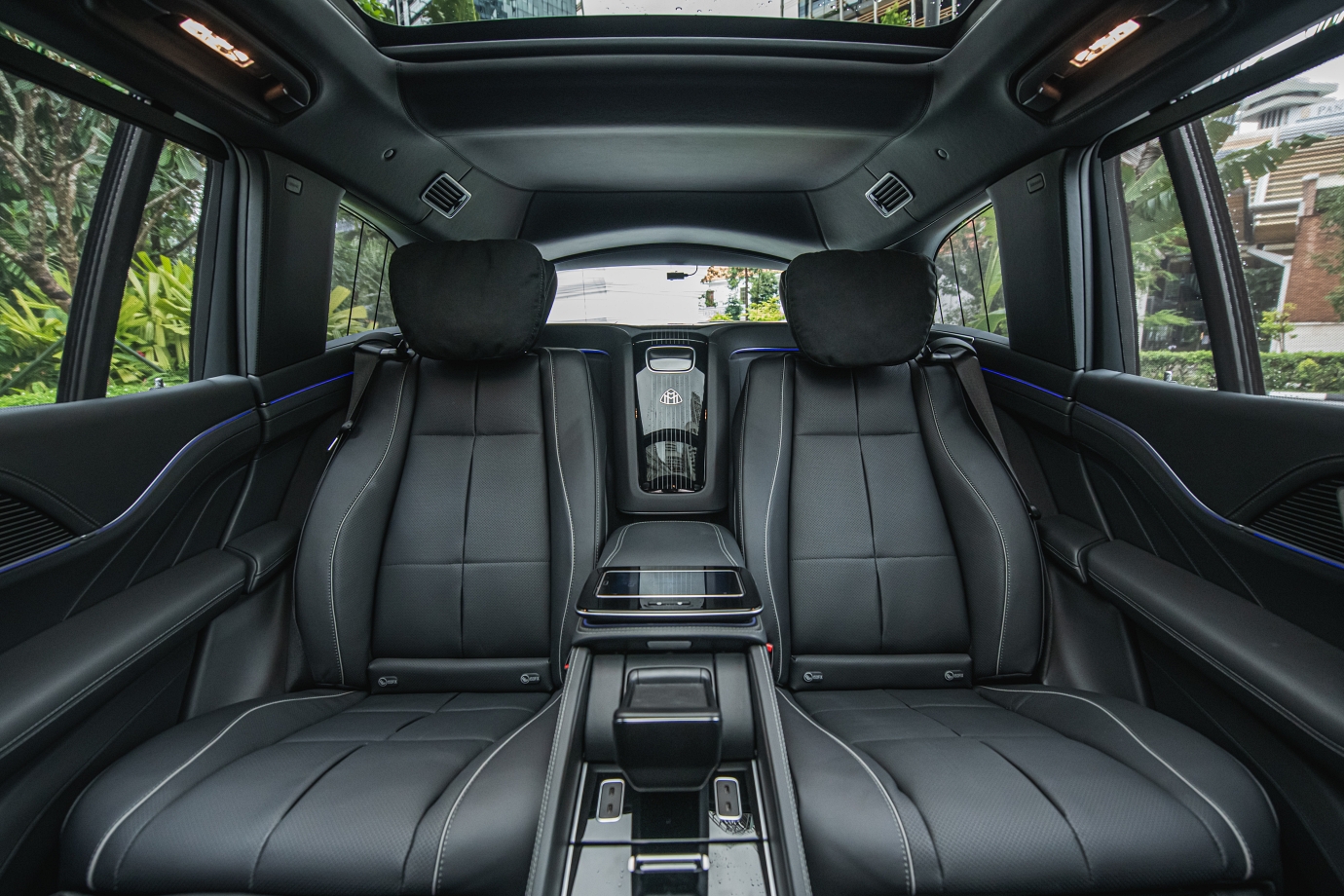 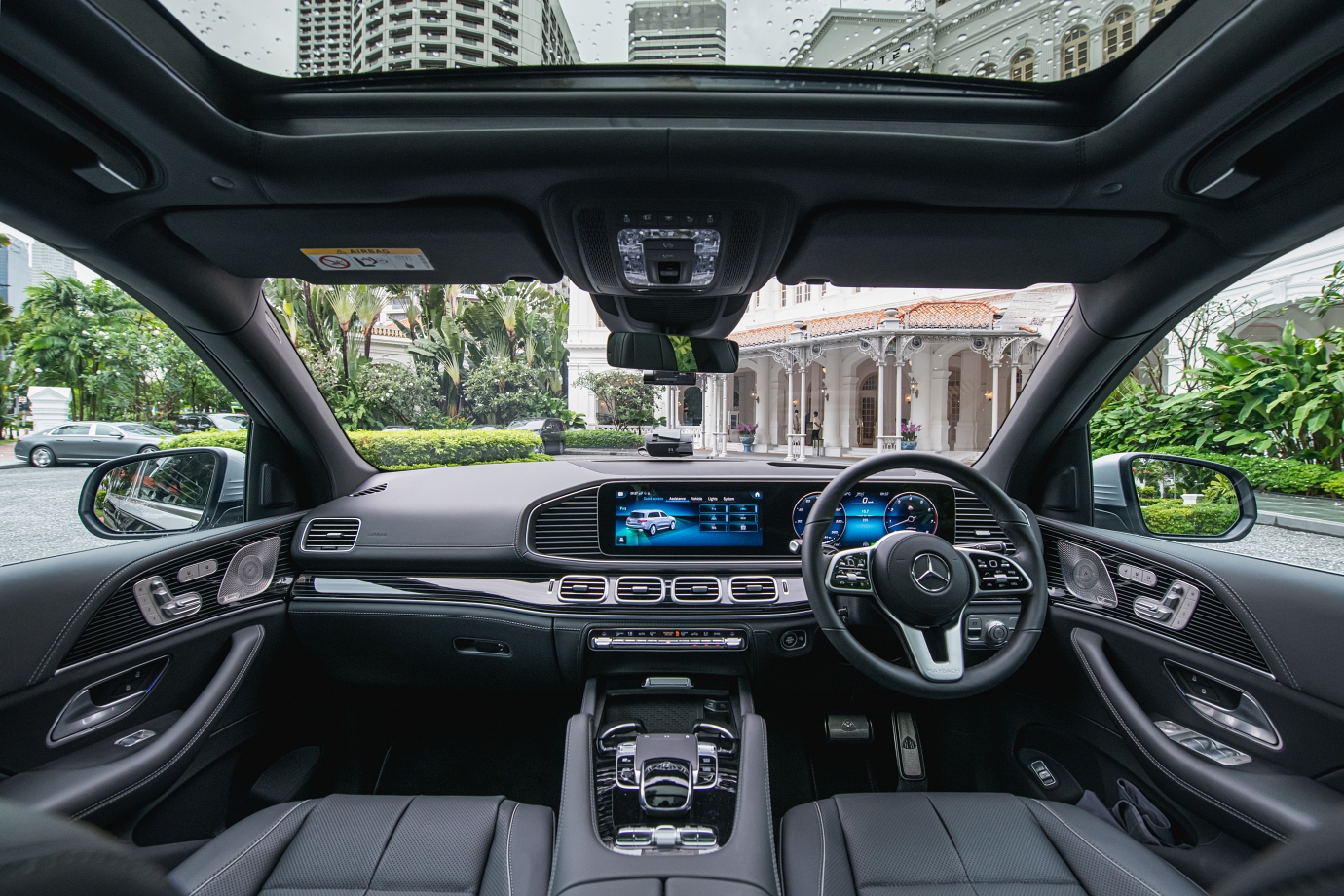 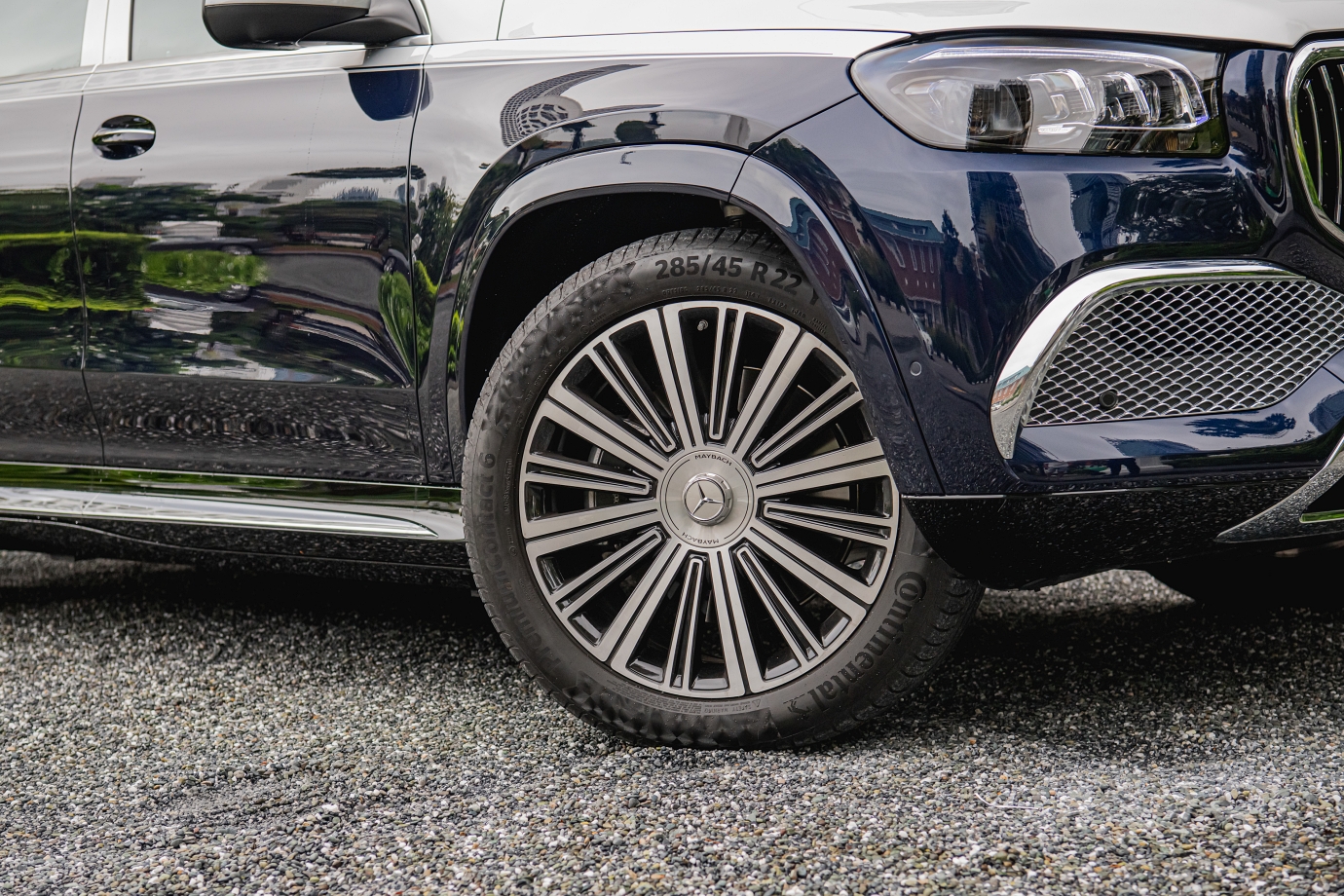 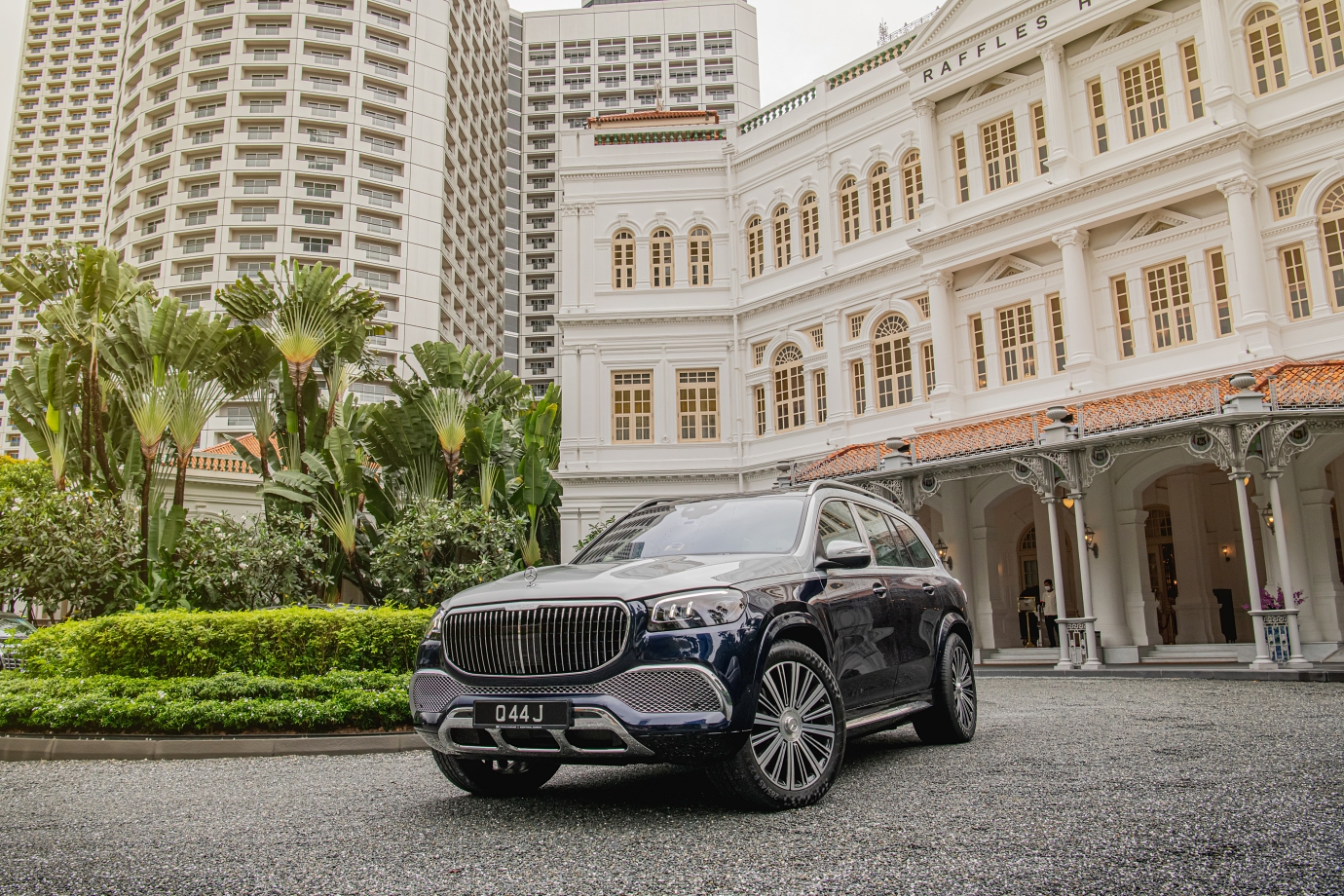 The GLS is our favourite of the two models launched and finished in Maybach’s distinctive two-tone paint livery, which brings to mind the iconic 57/62 from two decades ago – to us, the pair were the most recent offerings to channel the essence of Wilhelm Maybach’s vision.

The Rolls-Royce Cullinan convincingly demonstrated the world was ready to embrace a super-luxury ‘crossover’ type vehicle and the GLS should likewise appeal to a younger breed of buyer, one unfettered by traditional notions of luxury.

The oversized grille exudes an imposing presence and will rapidly fill up your rear-view mirror as it bears down on you on the expressway.

There’s a discreet application of the ‘Maybach’ emblems, while a different font for its model designation further distinguishes the Maybachs from regular Mercedes-Benz cars. 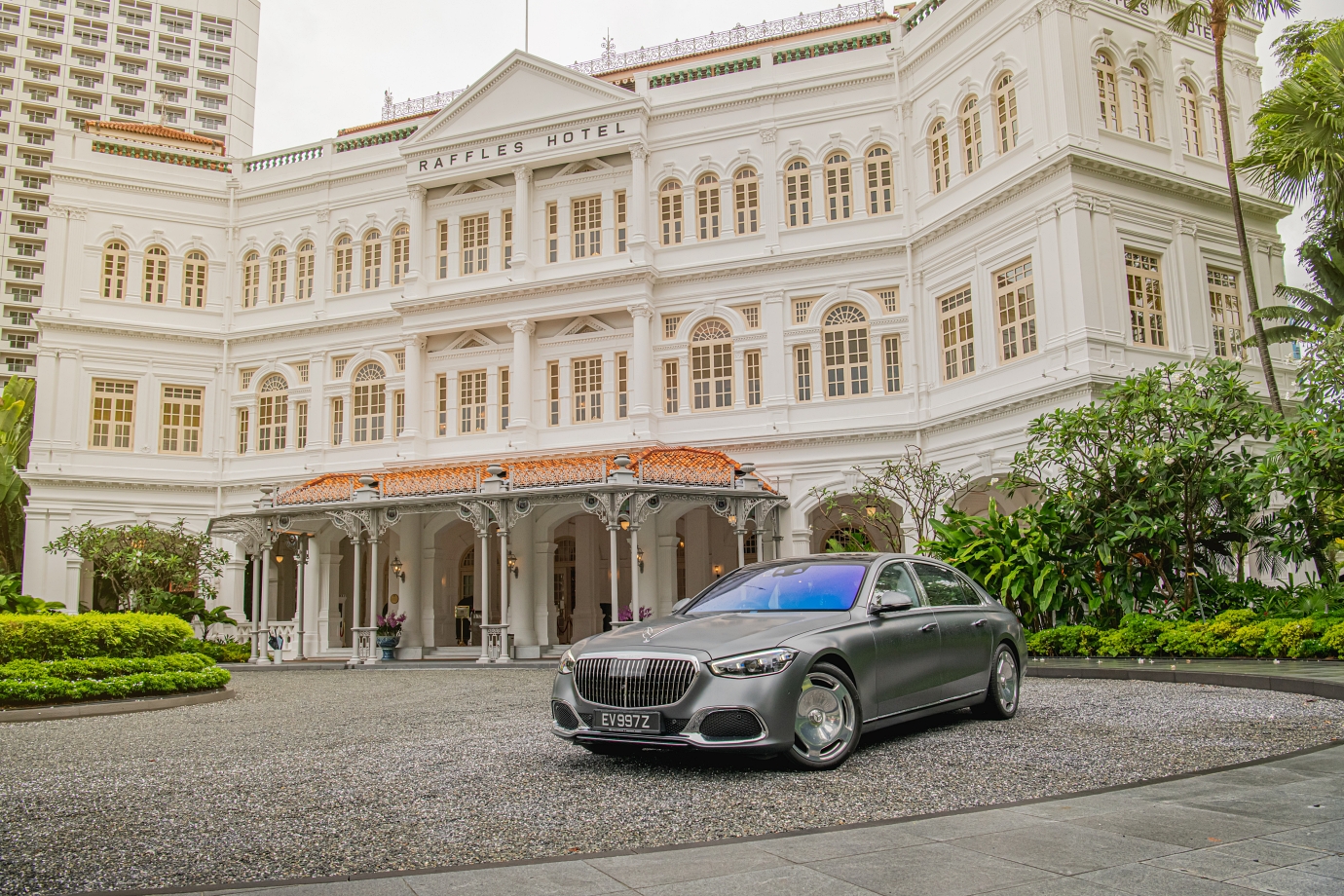 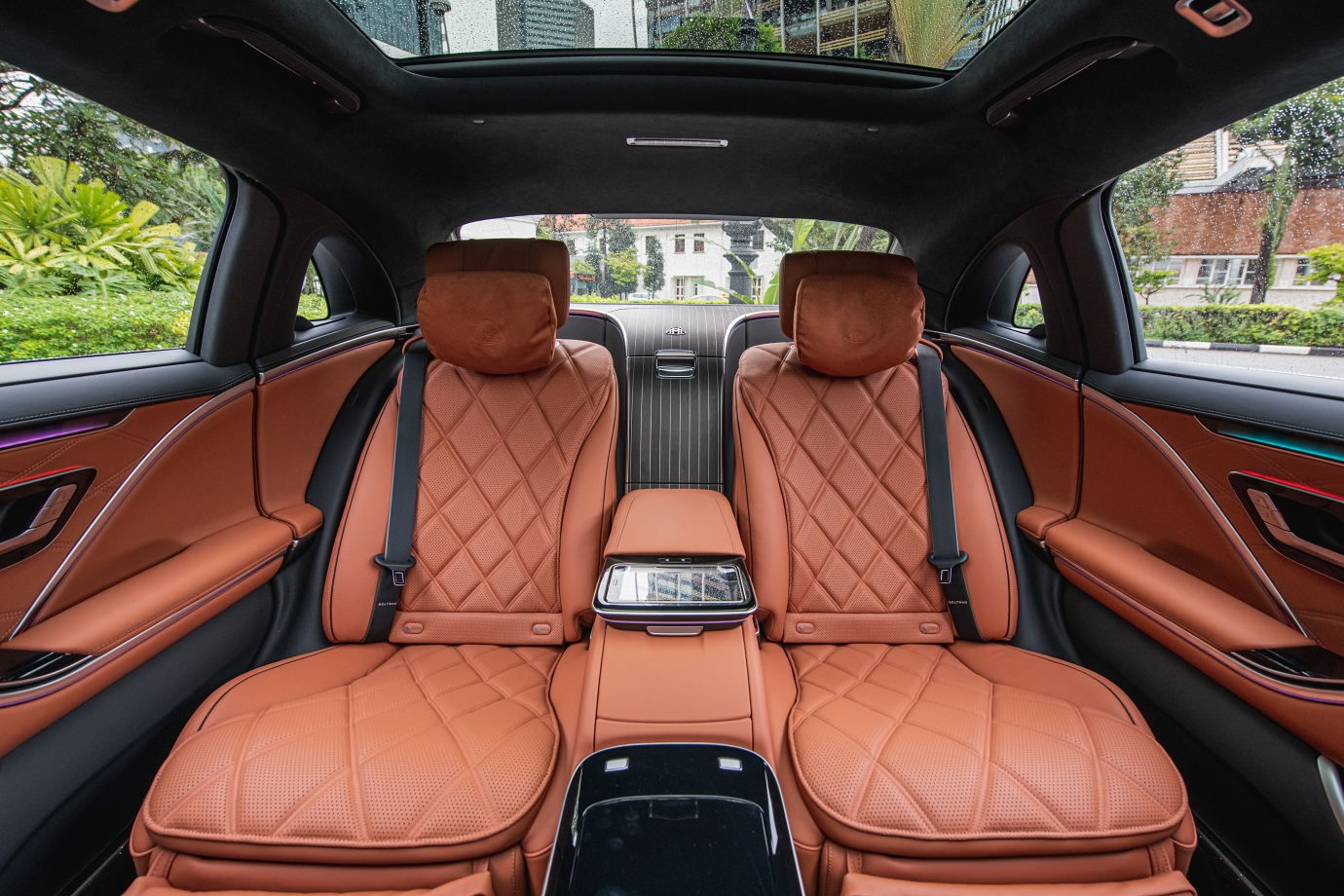 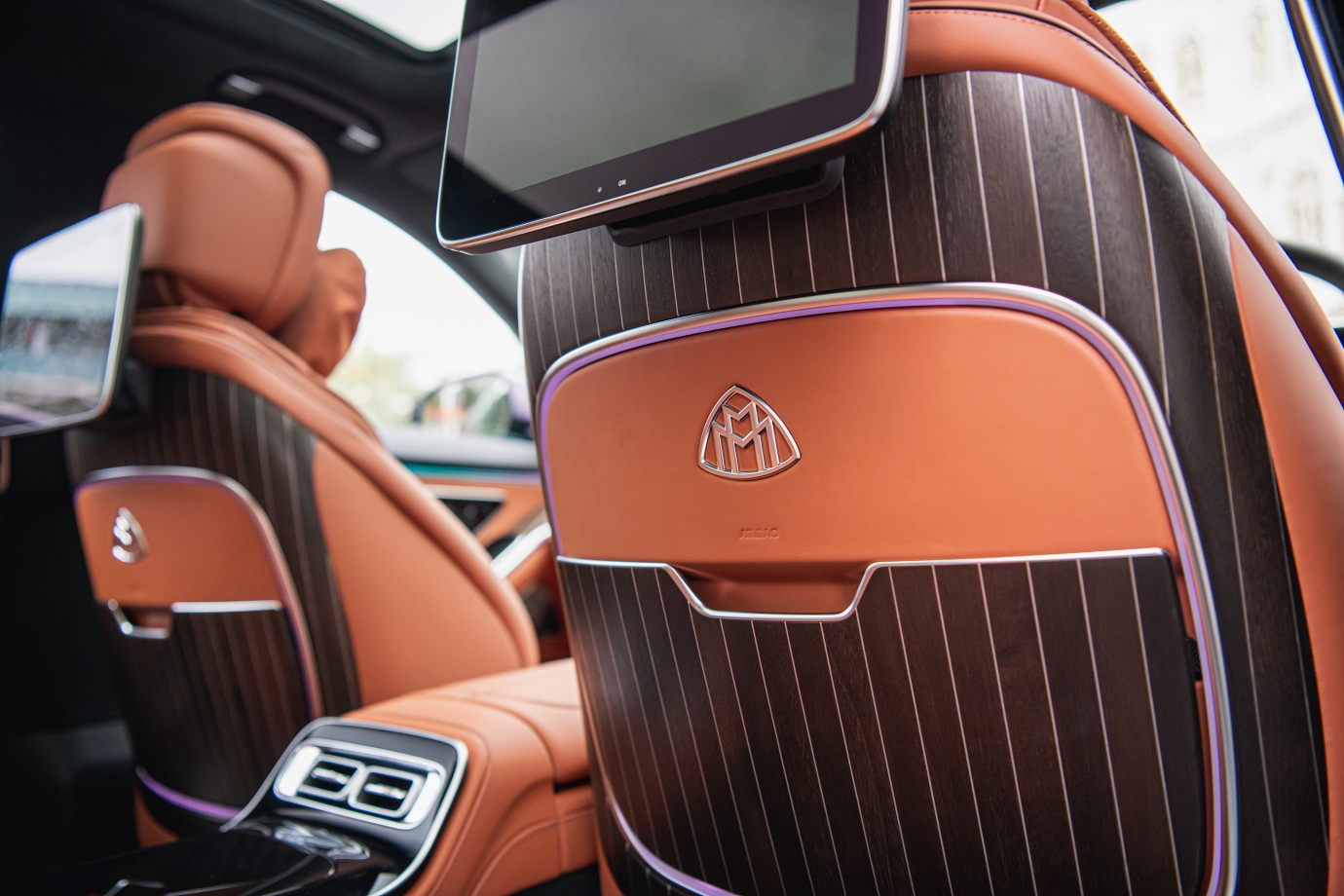 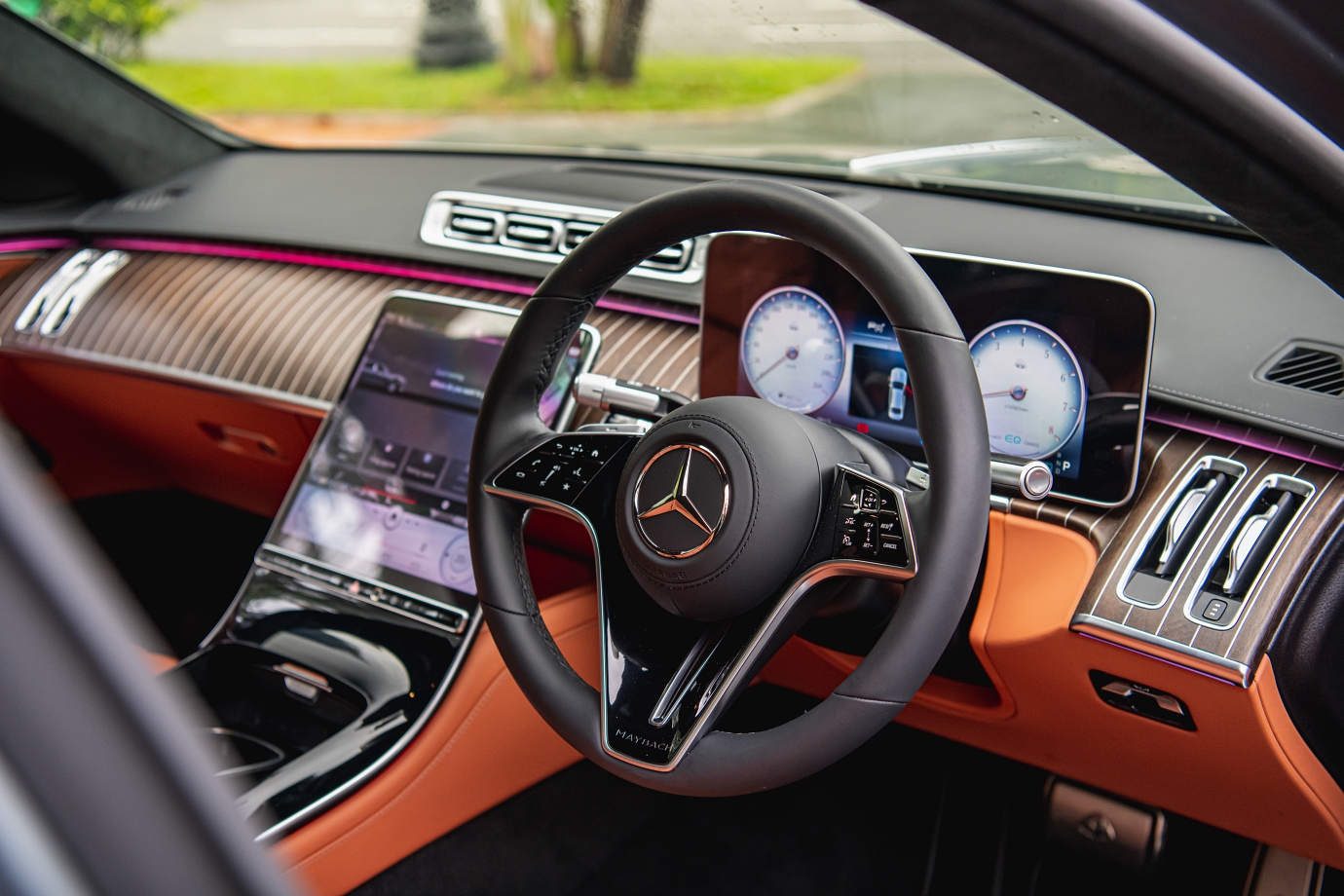 For the launch experience in Singapore, we're nicely ensconced in the plush, plumply-padded rear seats of both models, because that's exactly how a majority of buyers will experience these cars.

Needless to say, the limits to customisation under the 'Manufaktur' personalisation programme (this replaces 'Designo') depend on your imagination, as well as your bank balance, so it is possible to commission a car that is entirely bespoke to you.

The 4.0-litre V8 at the heart of the two cars is tuned for effortless progress, not spurty bursts of quick acceleration and there's a relentless, yet well-controlled thrust when push comes to shove and your driver buries the accelerator pedal into the carpet.

There's a big difference between playing 'dress-up' and a model conceived at the start to be a Maybach, as was evidenced by the 忘不了 cabin quality of these two cars during our chauffeur-driven sessions. In the case of the latter, you leave the car never wanting for more...

Buyers in this segment are sophisticated enough to distinguish between the stellar qualities of the latest Maybach models launched today and perhaps, less comprehensive attempts at rebadging regular models.

After all, ‘luxury’ isn’t about fixed shapes and forms, but about intangible feelings, and emotions, or even that little smile that surfaces when you’re enjoying the experience and it is all these elements that transcend time and certainly, the ephemeral nature of technology. Mercedes has replaced the AMG GT S… with an AMG GT This is the brand-new Mercedes-Benz S-Class