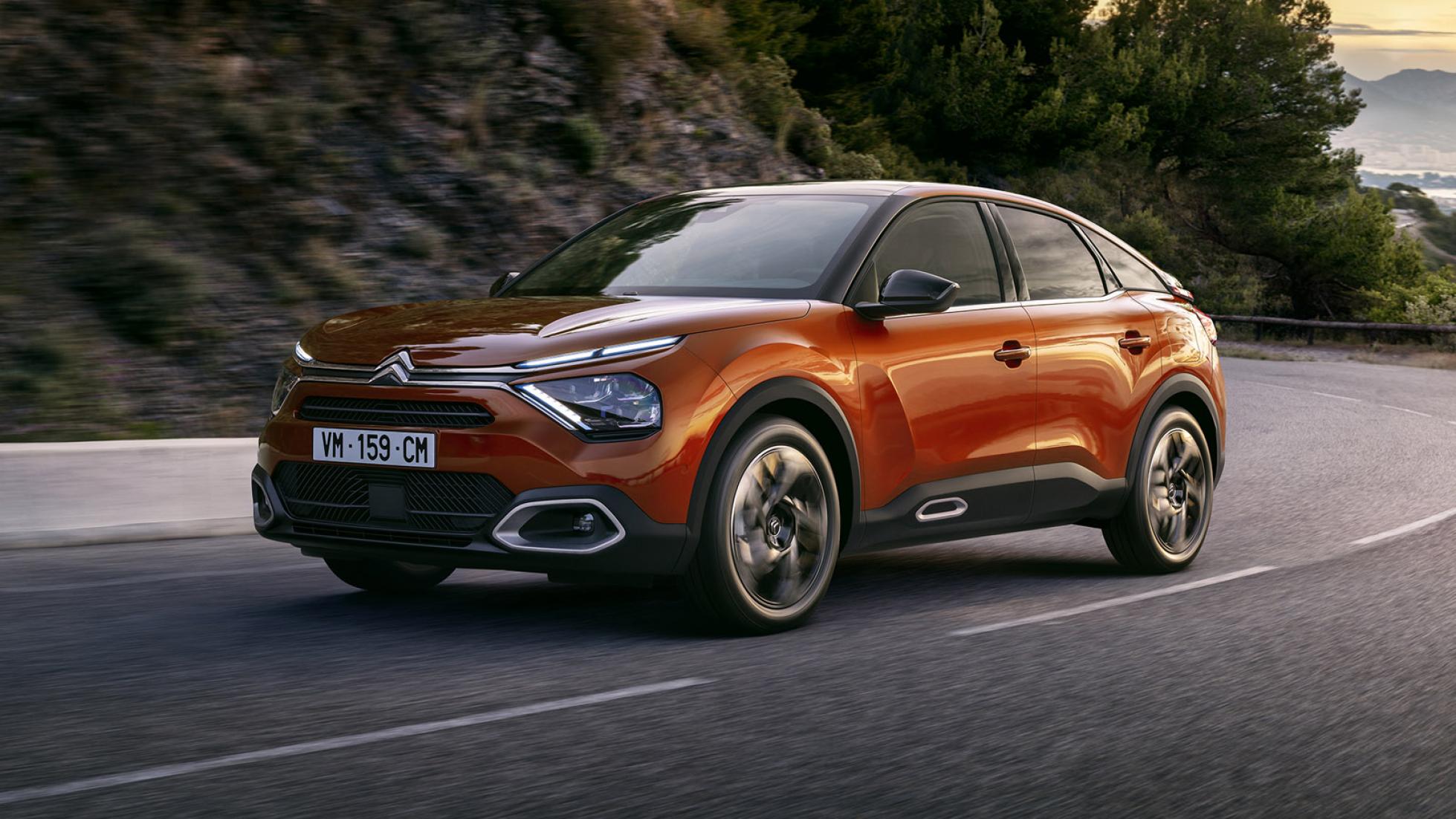 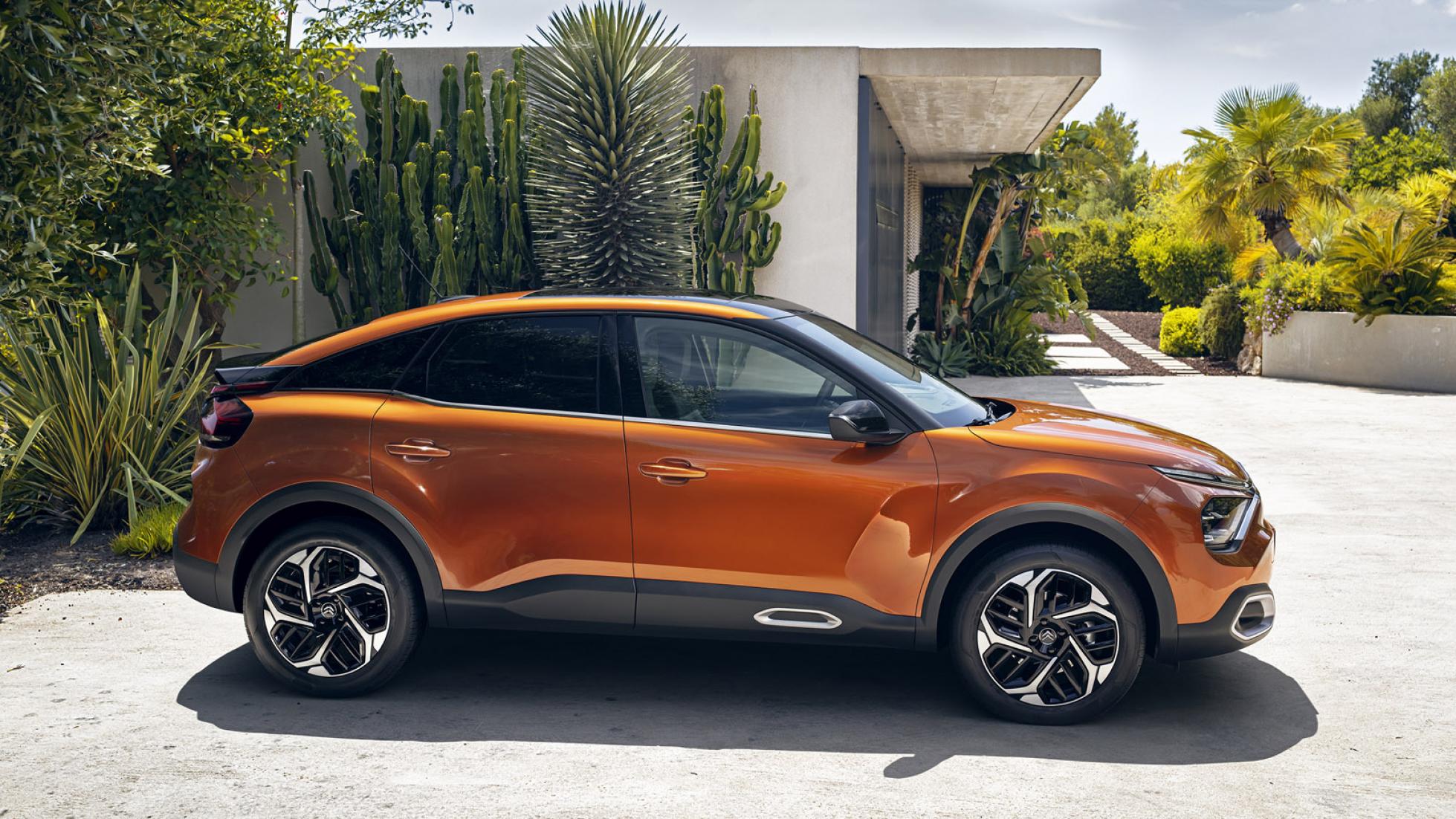 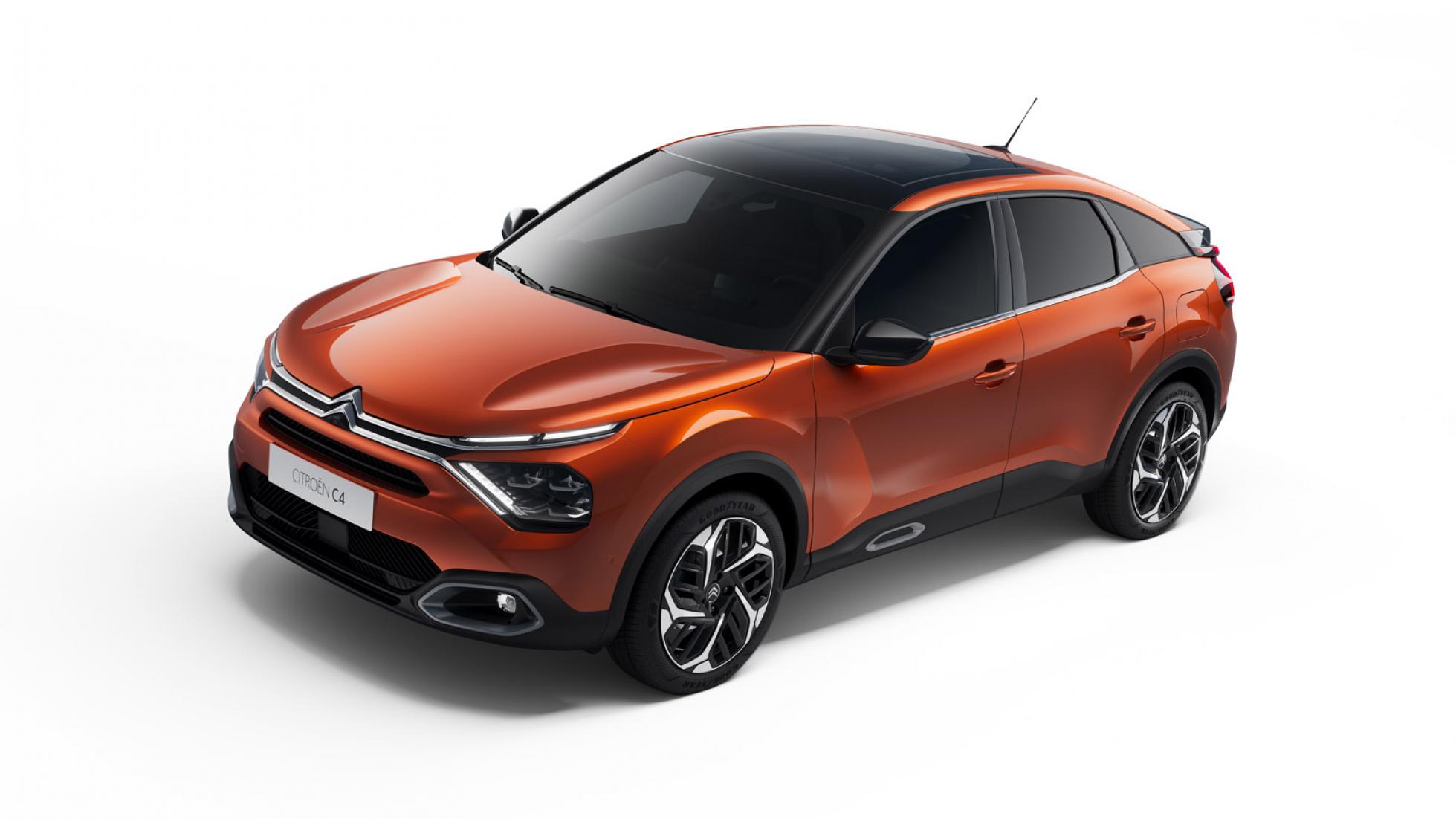 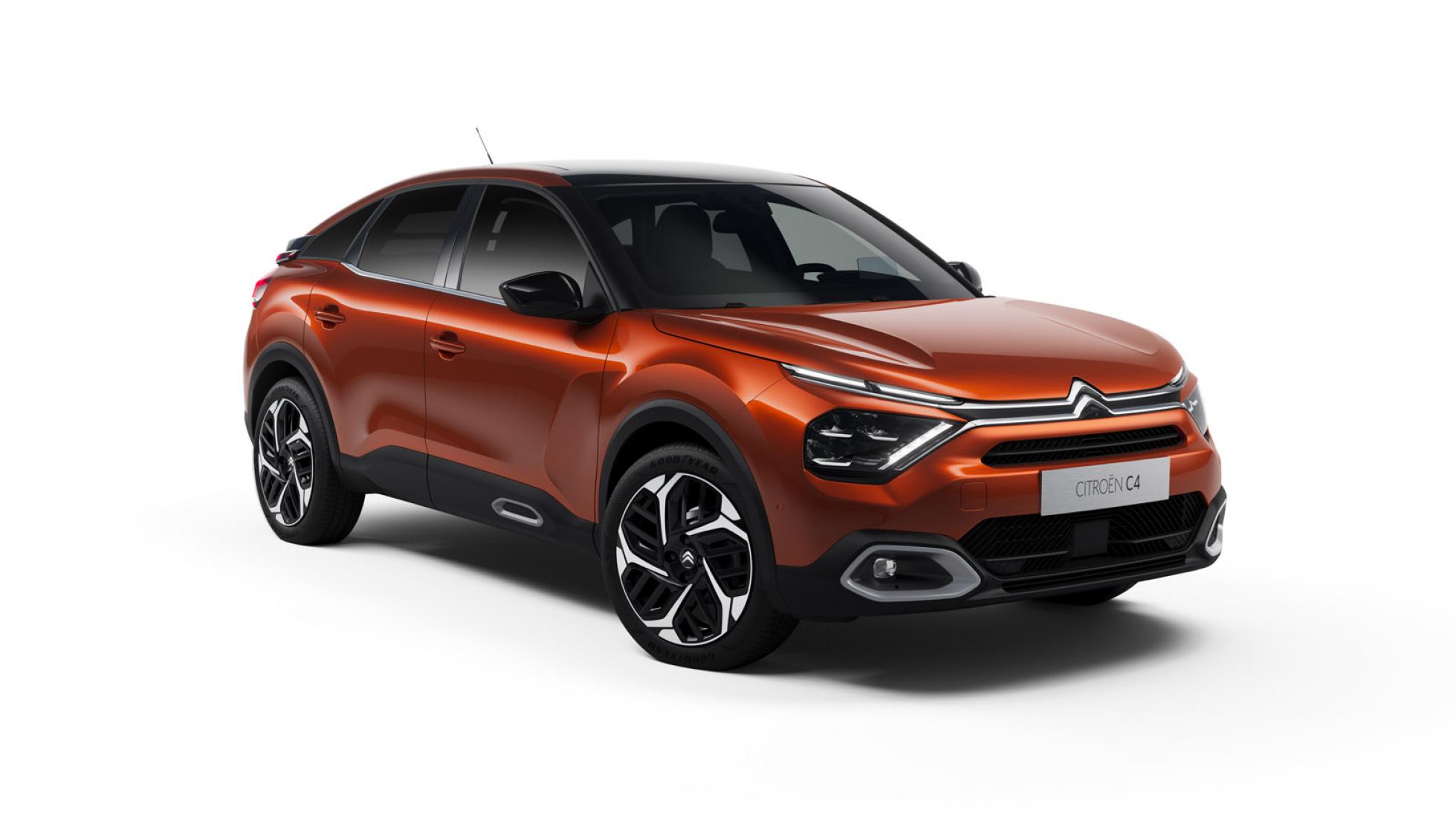 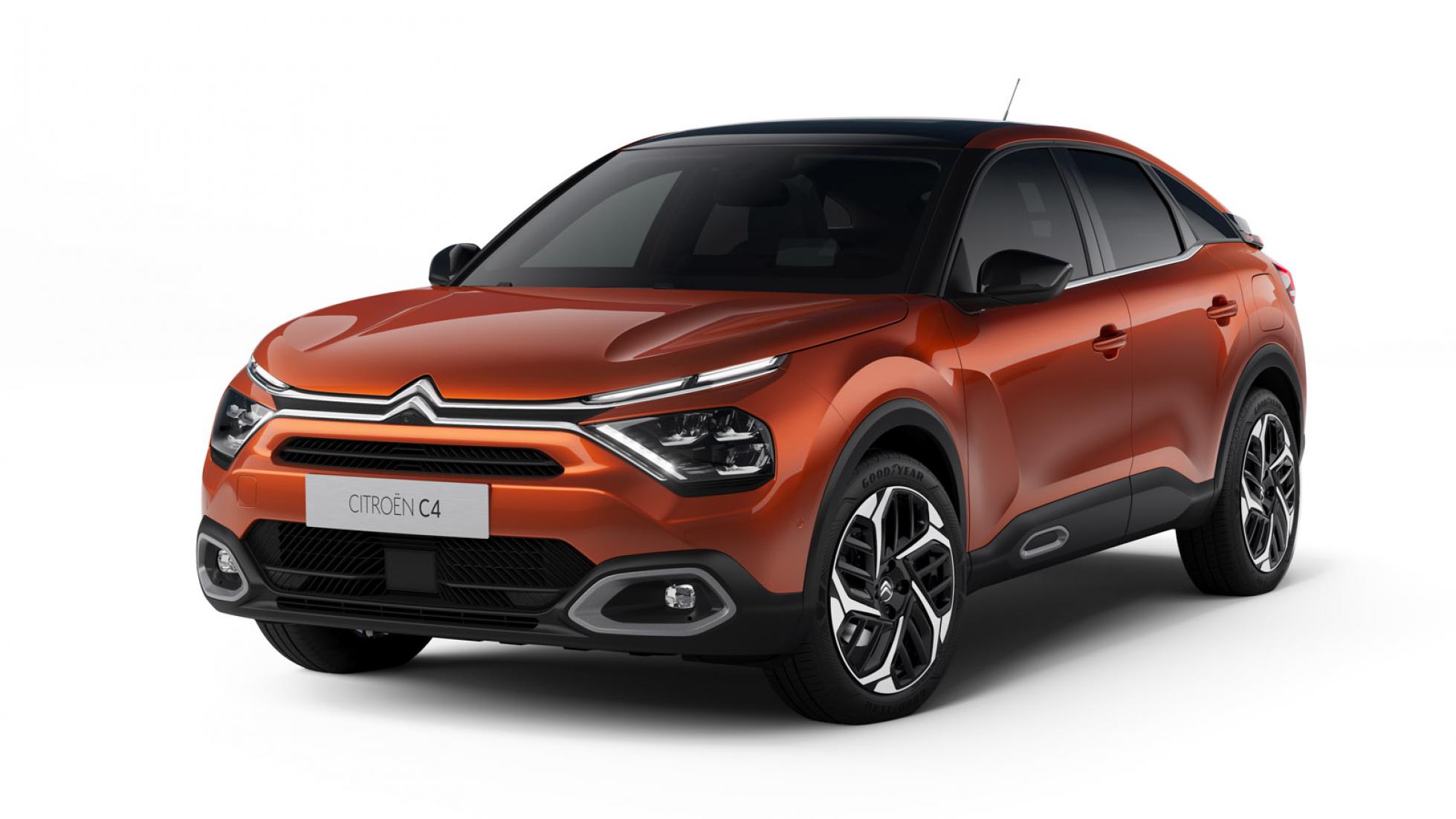 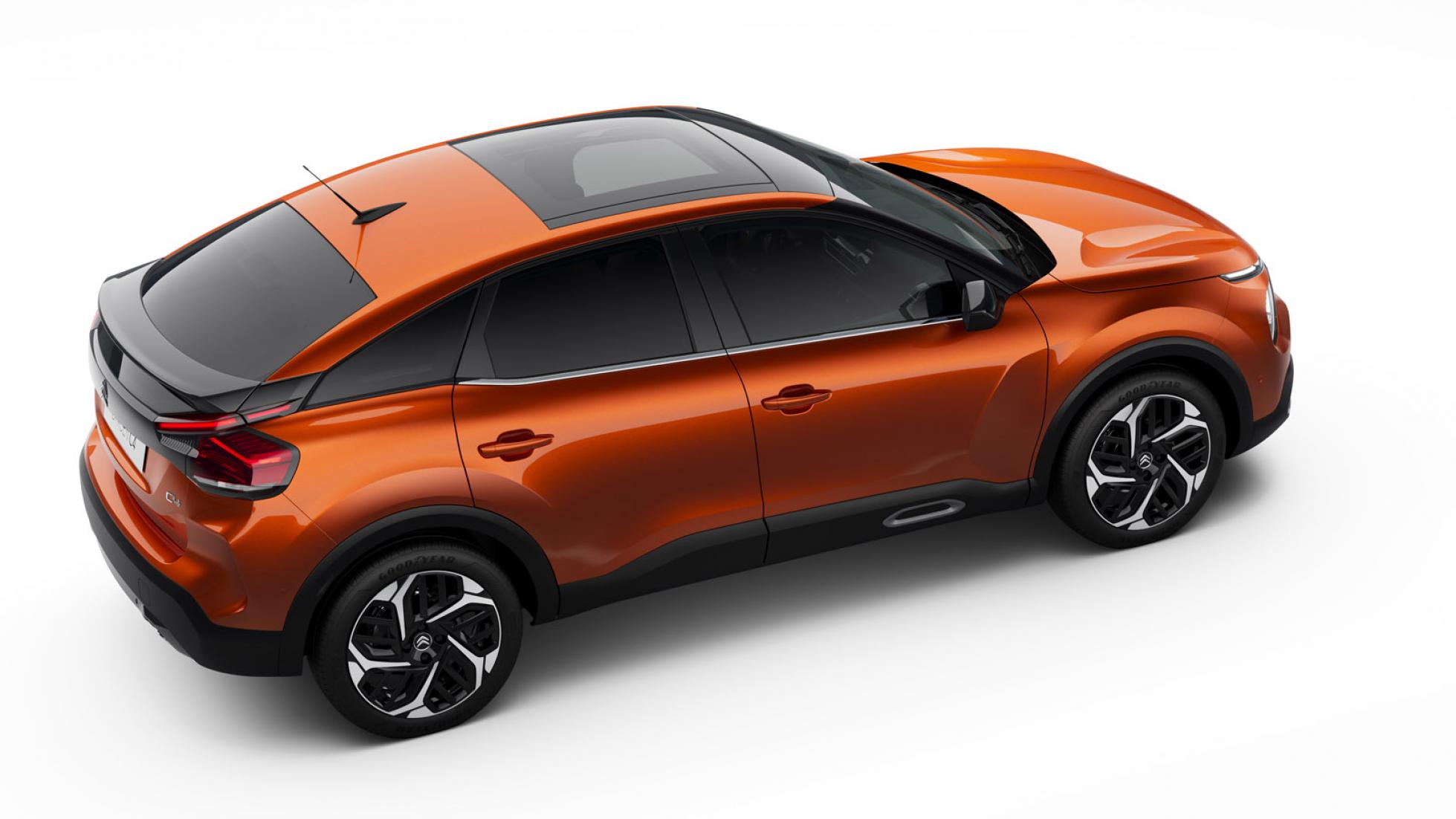 Seems bizarre that you can use the word retro in the context of the new Citroen e-C4. It is after all pretty much a game of 2020 buzzword-bingo: an electric fastback crossover-influenced hatch.

Exactly 50 years ago Citroen launched the GS, a compact family sedan. It was fantastically advanced, with super-slippery aerodynamics, hydropneumatic suspension, a flat-four engine. And strangely the new e-C4 and its oil-powered C4 siblings do slightly resemble the GS (below). Check the side glass shape, the inward-pointing LED lamp outlines, the tall skinny wheels. Even the high ground clearance, if you yanked the lever between the GS’s front seats to put it into raised-suspension rough-ground mode. 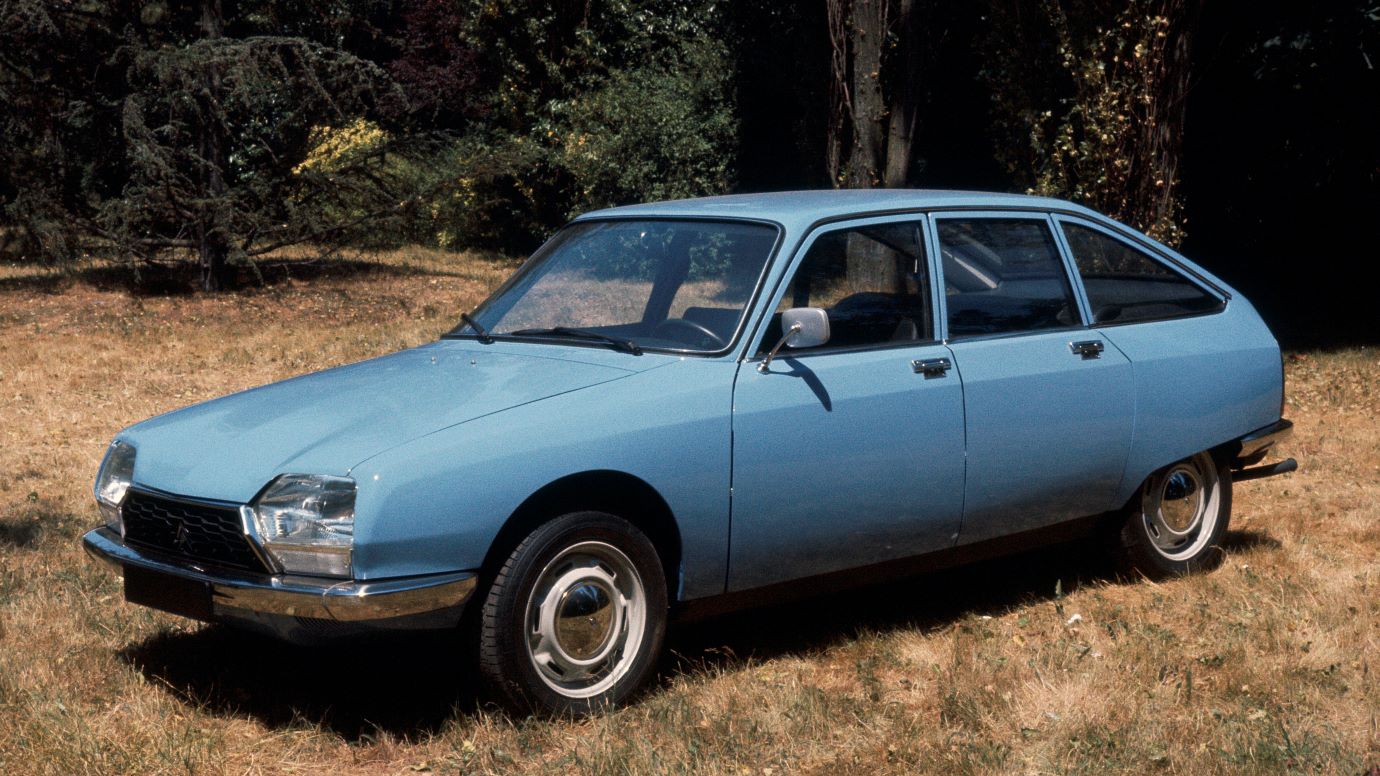 Anyway, you won’t be choosing between the new Citroen and its half-century-old granddaddy. You want to know how it fits in among today’s new cars. It has the job of replacing both the outdated and dull C4, and the oddball cost-reduced C4 Cactus (a car it seems only Top Gear loved). Fortunately, on the face of it Citroen has taken a serious step from them in sophistication.

Citroen has decided the whole crossover steamroller is now unstoppable. People want the high eyepoint and easy access, never mind the image. So even when launching a not-crossover to rival the Focus and Golf, Citroen has decided to send out that vibe. So you see with a tall flat bonnet, slightly elevated ground clearance and seats, a bit of plastic lower-body cladding and wheel-arch extensions, wrapping tall wheels. The ‘posture’ of a crossover, they call it.

But the idea is to swerve the disadvantages of crossovers, the thirst and the lumpen ride.

Well, the C4 obviously doesn’t take much energy to chug along: the electric version manages a 350km range in the WLTP cycle, which is the same as the smaller Peugeot 208. 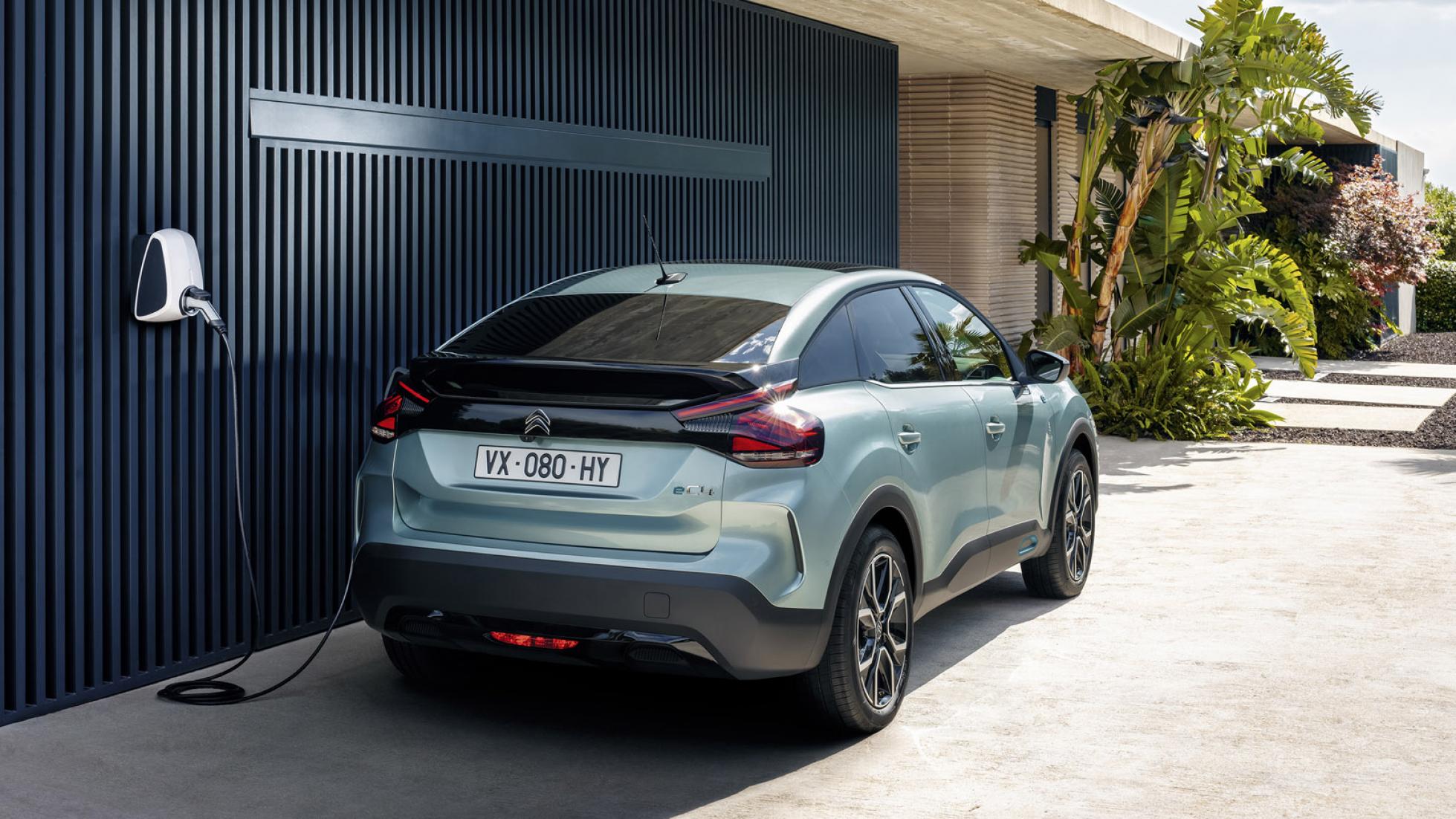 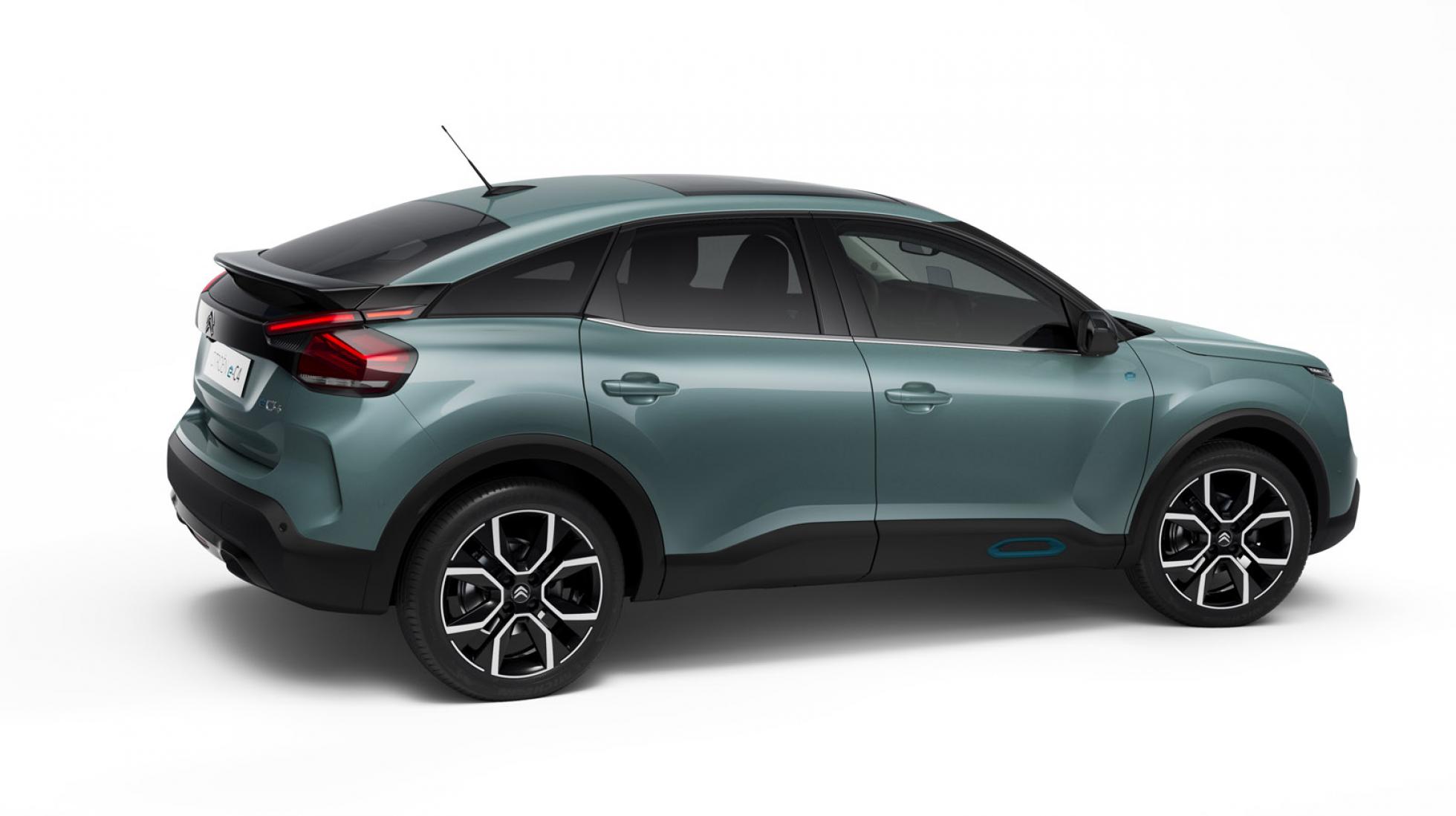 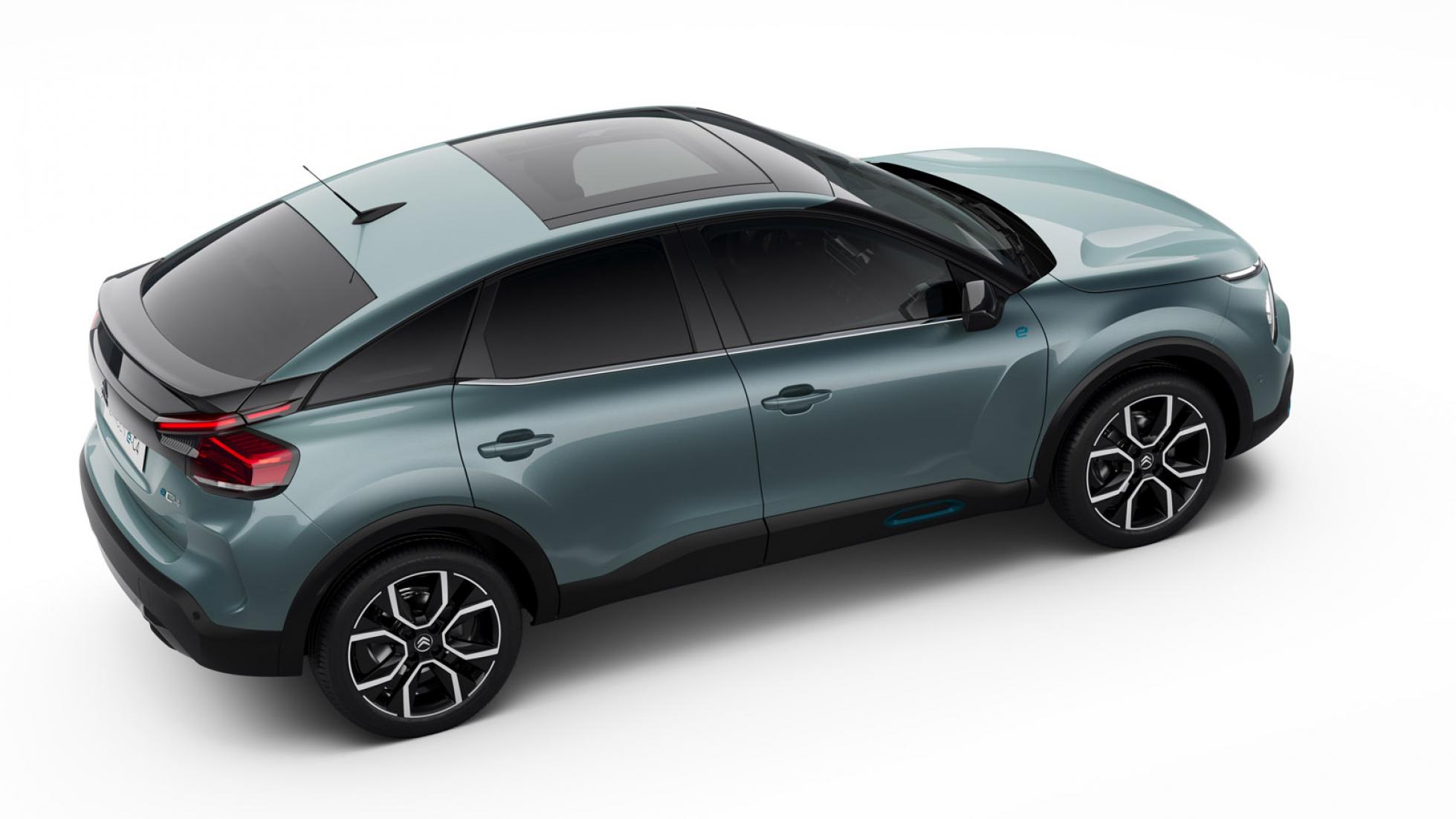 Citroen’s CEO Vincent Cobbe says the electric version could make up to 20 per cent of sales before the car is long into its life. This is not just a minority powertrain then. “Doing an EV once looked like a bet. Now, not doing an EV looks like a bet.”

The electric and piston-driven versions look the same, bar the presence or absence of an exhaust pipe, and different wheels and colour details. The claim is the e-C4’s wheels are supposed to suppress vibration, in search of better cabin quietness. Wouldn’t have done any harm on a petrol car either, surely. The e-C4 also has blanking plates behind some of its front grilles so they don’t cause drag.

With a lengthened wheelbase of 2,670mm, the C4 ought to be pretty close to class-leading for back-seat space. And super-comfy. As with its other recent launches, Citroen is using the ‘progressive cushion’ twin-vessel dampers to give a lovely squidgy ride, helped by the long-travel suspension. Seats are soft too, designed like the suspension for lounging, not backside-on-fire cornering. 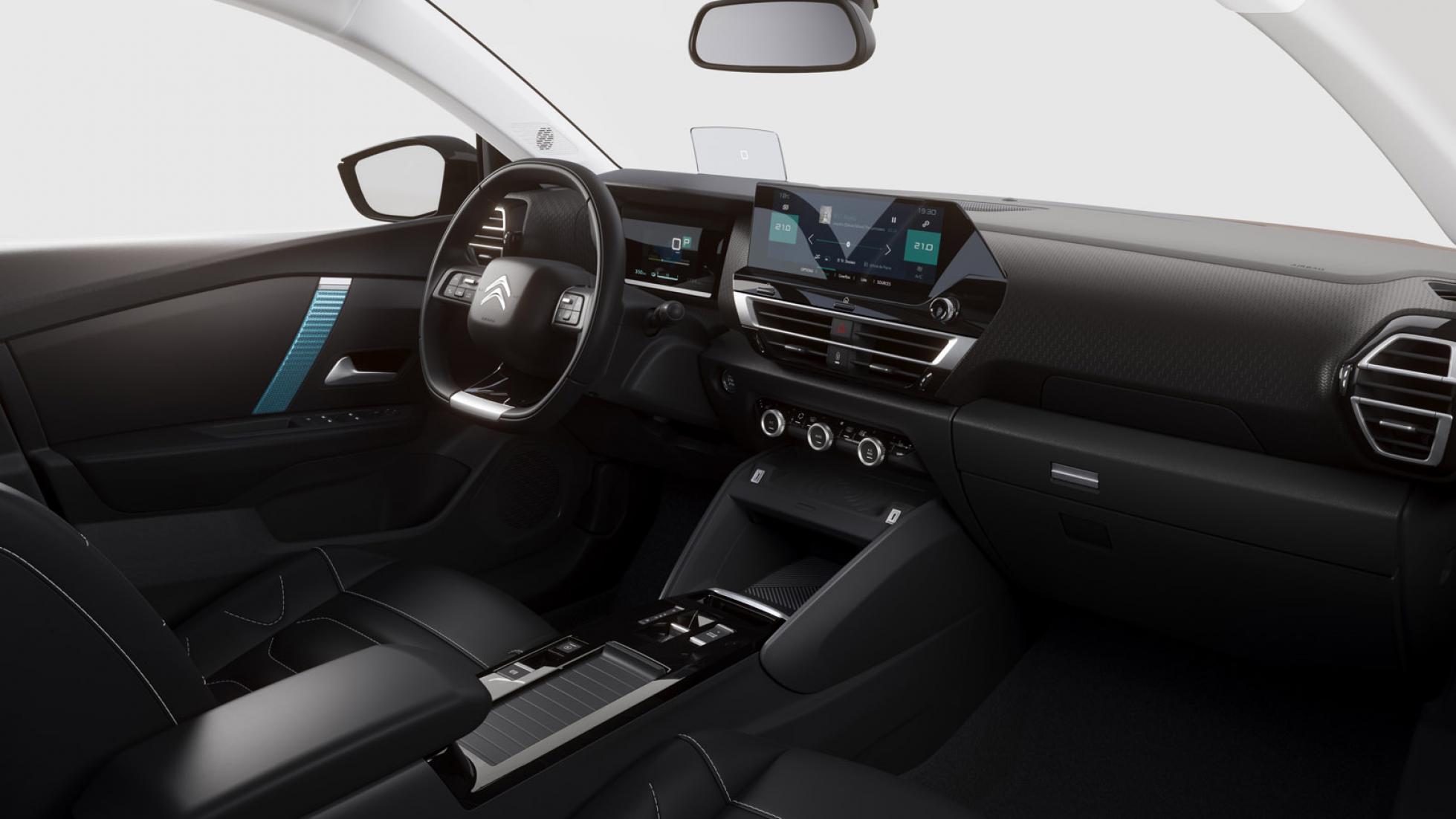 Citroen was one of the first to put climate controls onto the screen, but – and we can’t tell you how happy we are – it has now returned to proper hardware controls. The driver also gets a screen, and there’s the option of a flap-type HUD.

You can find some cute details in the cabin. The seat stitch pattern echoes the shape of the daylight-running LEDs. The dash is skinned in a material embossed in tiny chevrons. The door cars includes little cloth belts, like the luggage patterns in the old Cactus.

And woo-hoo there’s something called Smart Pad Support Citroën™. It’s a folding bracket to support an iPad or tablet ahead of the passenger. The airbag sweeps over the top so it doesn’t fling the tablet into your face, by the way. An in-dash storage drawer hides the tablet when you’ve finished.

The C4 and e-C4 start rolling out of the factory in September. Has this small facelift made a big difference to DS's big crossover?