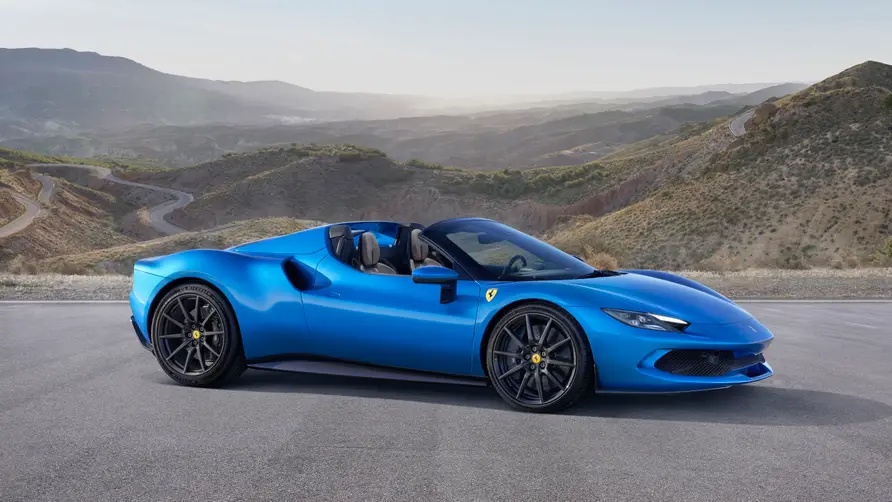 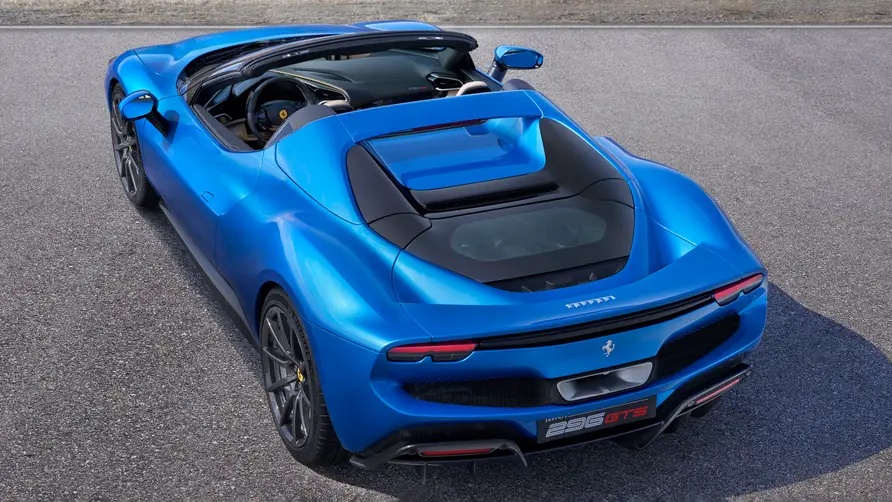 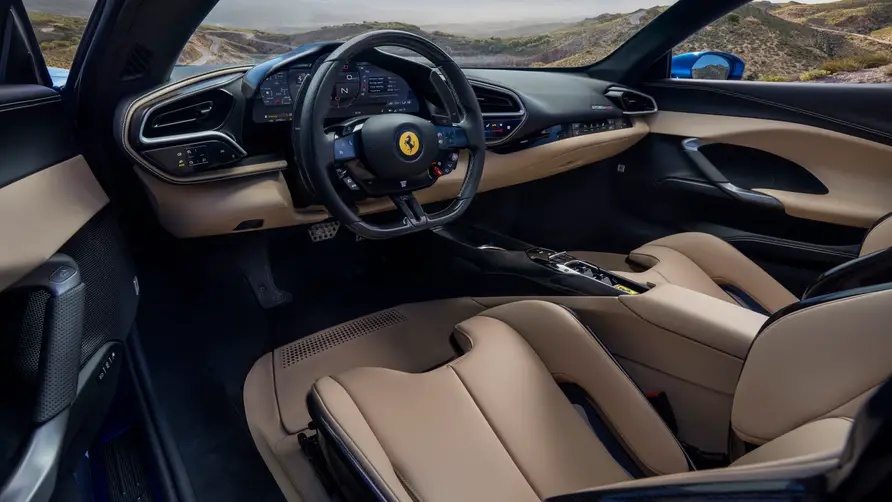 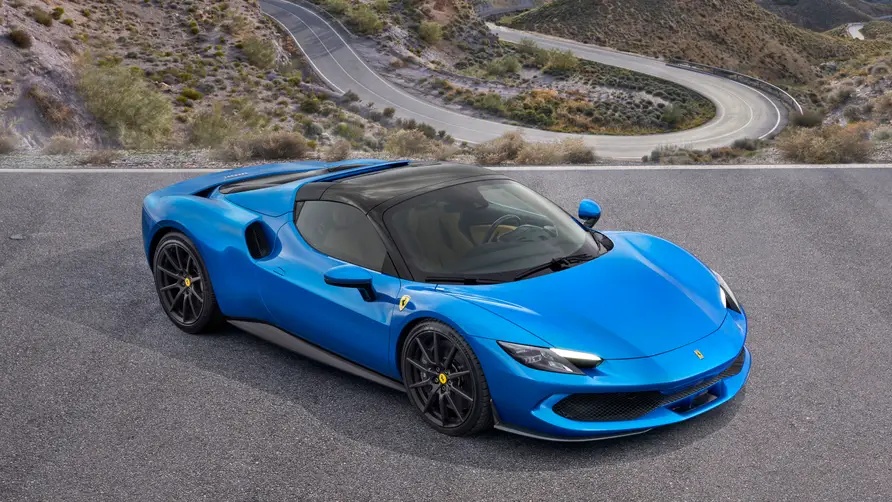 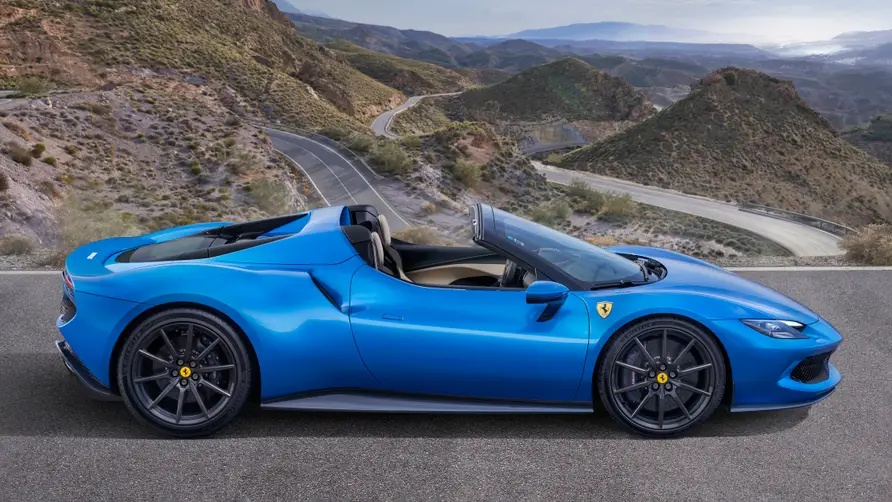 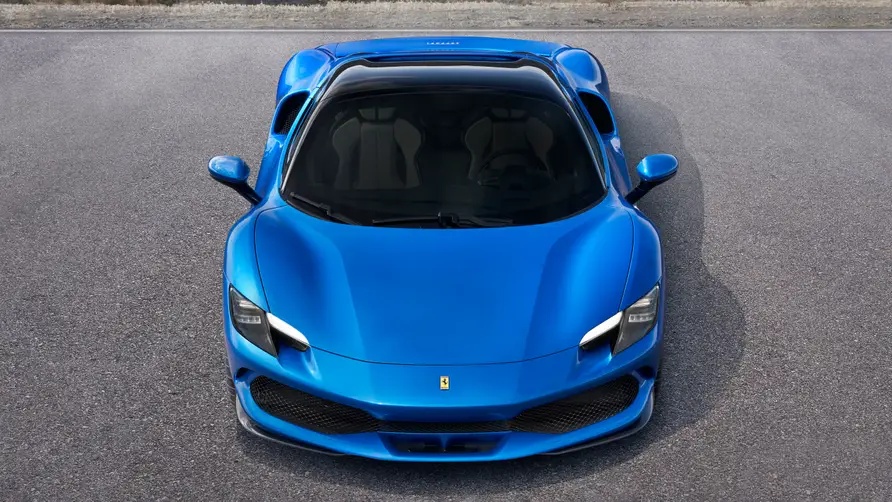 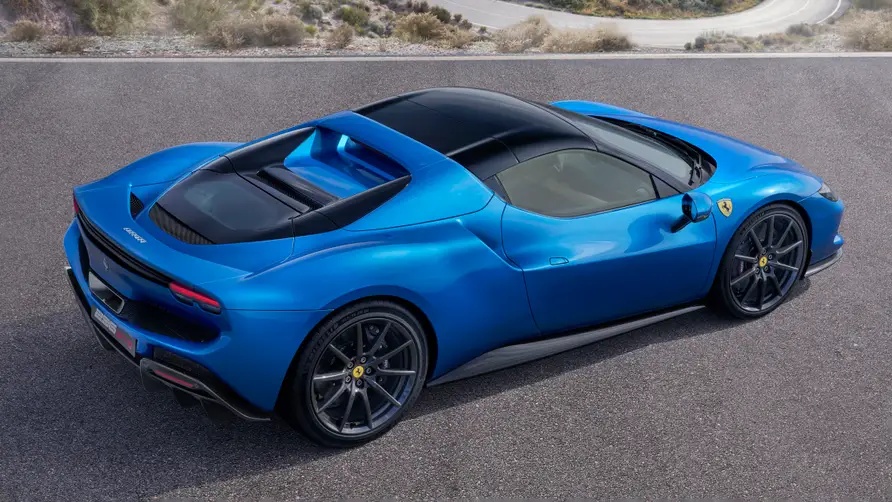 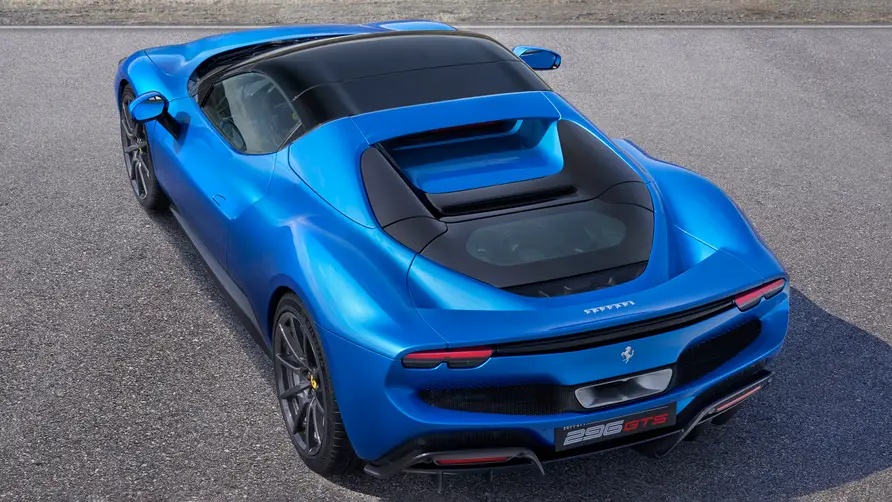 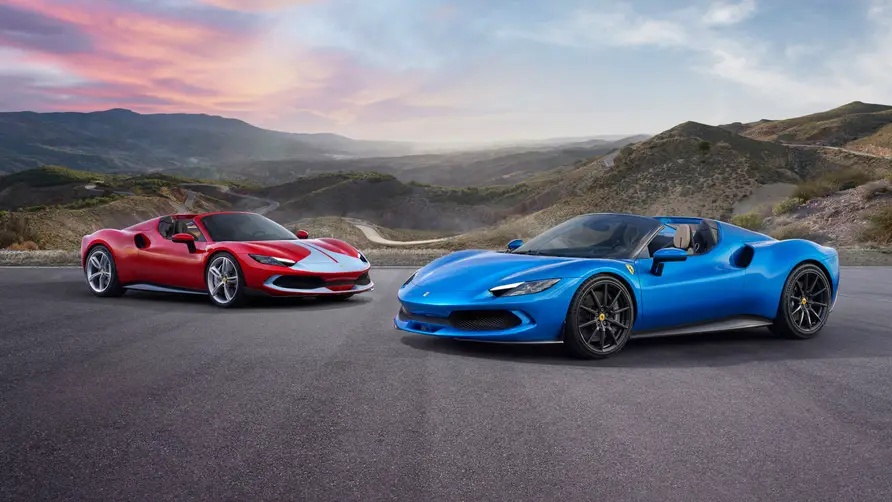 In no way akin to putting a pair of sunglasses on Michaelangelo’s statue of David, Ferrari has readied its own artistic masterpiece – the 296 GTB – for the summer. Welcome to the sun-kissed Ferrari 296 GTS.

The 296 part you’re familiar with: 2.9-litre engine, six cylinders in a Vee configuration that is, frankly, brilliant. It’s Ferrari’s first production V6 and features a pair of turbochargers sitting very comfortably in the ‘hot vee’ of the cylinder banks.

GTS? Gran Turismo Spider, because this 296 gets a two-piece retractable hard top (RHT) that folds neatly and flush over the front of the engine, to maintain “the engine bay’s thermal dissipation characteristics and balance of the overall design”. Roof up, you’d be hard pushed to tell the difference betwixt GTB and GTS. Roof down? All the better to enjoy that new V6.

Indeed, Ferrari’s quest to extrapolate the most out of the piccolo V12’s harmonics extend to a reworking of the ‘hot tube’; a system that channels the V6 noise into the cabin, roof up and down. It’s been redesigned for service in the GTS. We’re told “the dropping of the top creates a direct, completely unobstructed connection between the cockpit and the sound produced by the single tailpipe exhaust line”.

Much to enjoy from that engine, too. The content remains as per the GTB: 819bhp, one electric motor, eight-speed dual clutch gearbox, rear-wheel-drive, and the ability to go from 0-62mph in 2.9secs, 0-124mph in 7.6secs, and top out at 205mph. All of which feel... sufficient. Ferrari also tells us it’ll lap Fiorano in 1m 21.8secs – eight tenths slower than the GTB.

But then it’s 70kg heavier (with the “optional lightweight content”) than the GTB, the latter 1,470kg, this GTS 1,540kg. Ferrari worked on the A- and B-pillars, along with the sills, in order to increase the GTS’s torsional rigidity and bending stiffness. Compared to ‘previous spider applications’, the GTS beats those two metrics by 50 per cent and 8 per cent respectively.

More than just numbers, of course. The delectable lines of the GTB have been preserved for the GTS, though design boss Flavio Manzoni and his team have created a new tonneau cover that stands apart from its more recent Spiders. There are contrasting extensions framing the engine cover to keep things pure.

Same story inside, too. Aero flaps have been added into the rear trim structure to reduce buffeting when the roof’s down, while aesthetically the seats are unique to this car. Otherwise it’s as per the GTB.

For those more interested in barbequing the GTS’s tyres on track, you can spec the Assetto Fiorano pack (below) that adds Multimatic shock absorbers, carbon-fibre appendages on the front bumper (for 10kg more downforce), lightweight materials and the option of the 250 Le Mans livery. Oh, and Michelin Pilot Sport Cup 2 Rs. 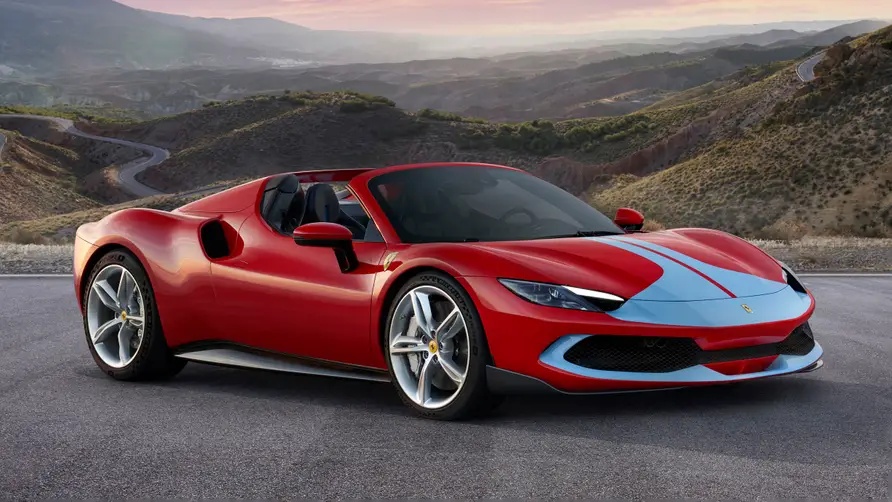 All-electric Maseratis are coming in 2021