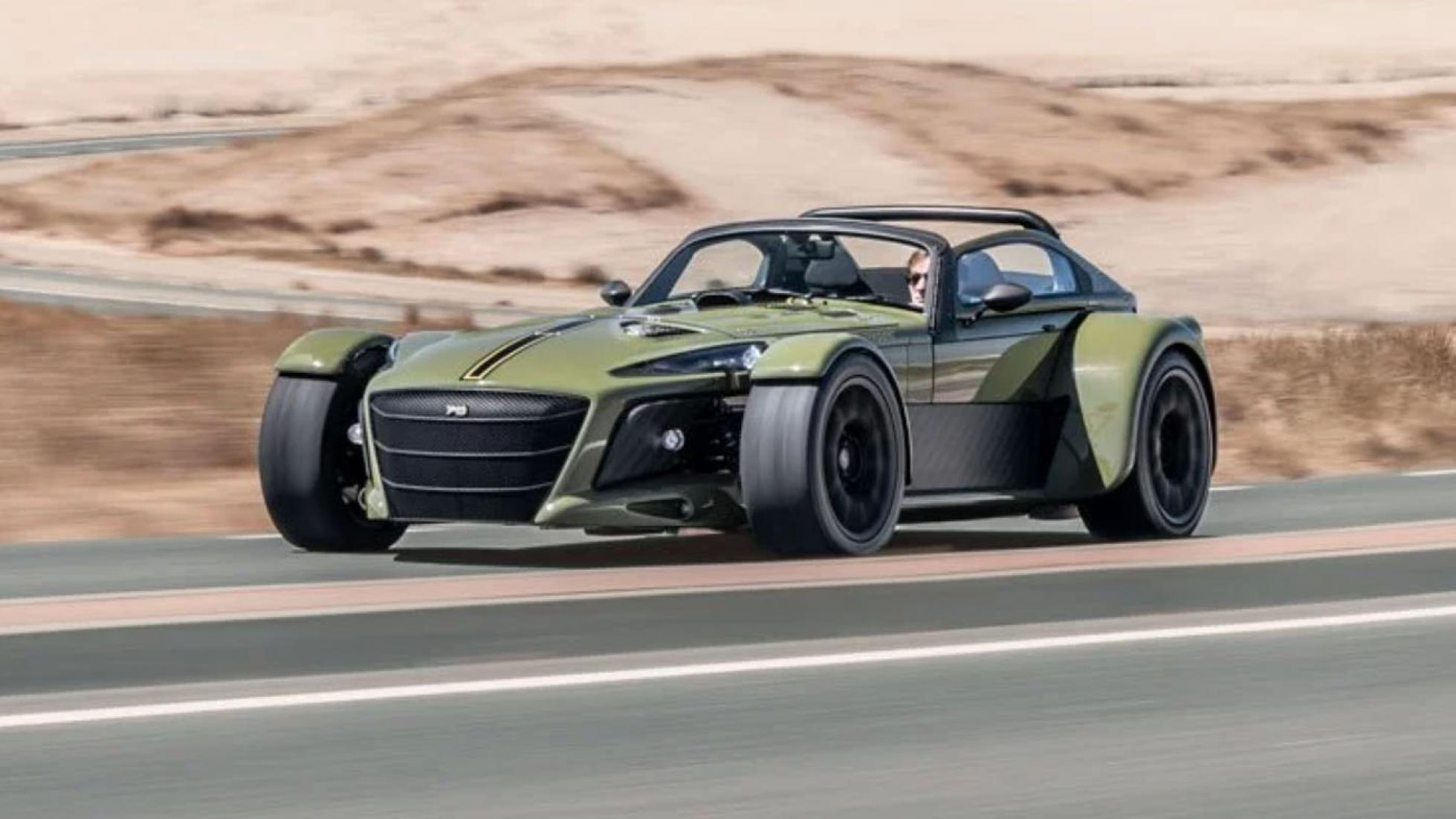 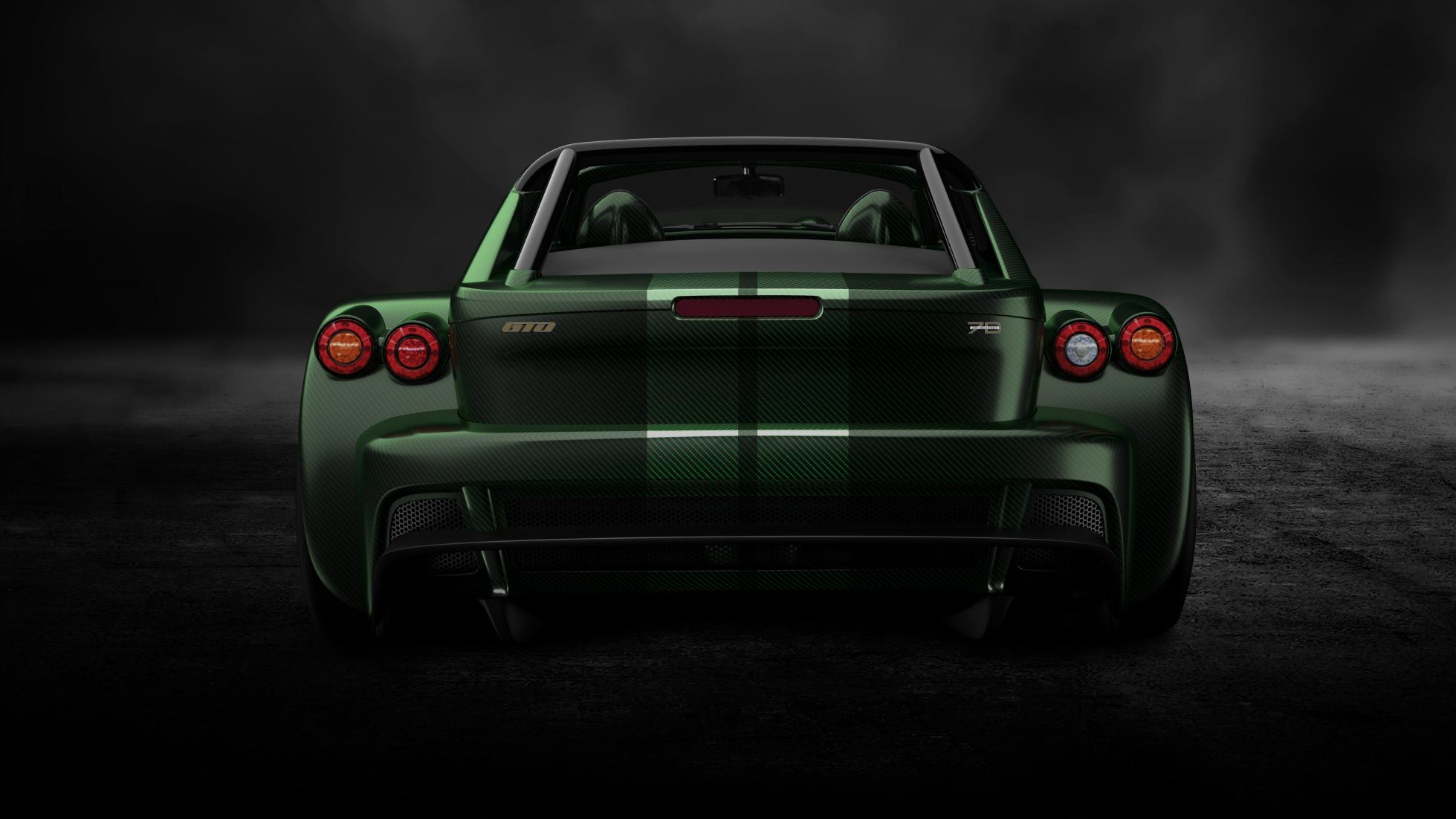 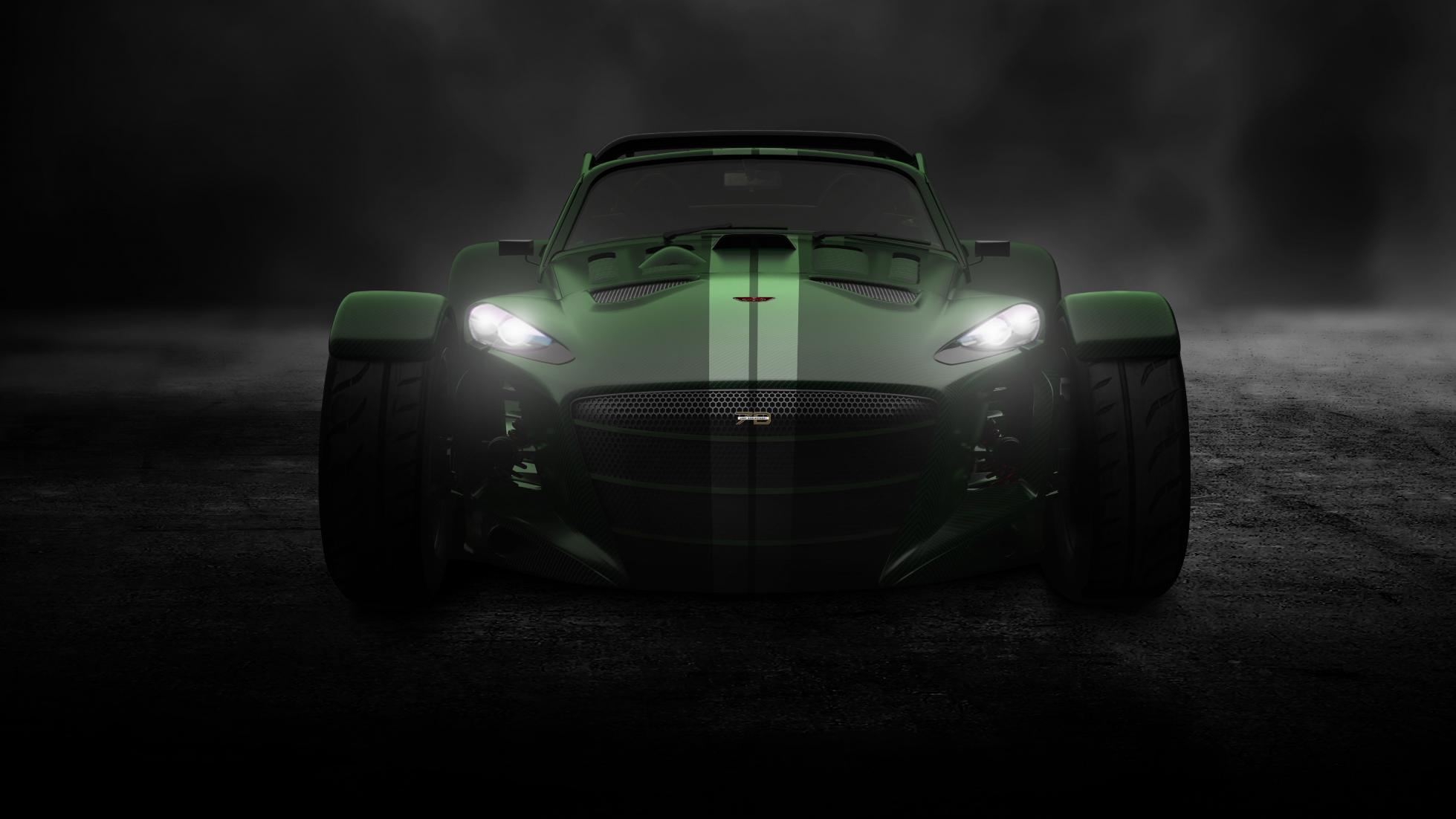 But that’s not the party trick. This JD70 – built in honour of Donkervoort founder Joop’s 70th birthday – will pull 2G through the corners. Might want to keep a towel handy to wipe the remnants of your face from the side windows.

So, this new JD70. Only 70 will be built, each featuring that Audi five cylinder 2.5-litre turbo kicking up 420hp and 520Nm of torque. It’s matched to a reinforced Tremec five-speed manual gearbox, and a new exhaust system incorporating those all-important side-exit exhaust pipes. This is a good thing.

Moving the pipes has allowed the fitment of another rear diffuser, delivering 80kg of extra downforce, while a new nose and louvres improve the downforce by 50kg at the front.

Everything is then bolted inside a tubular steel chassis with carbonfibre reinforcements, and covered in carbonfibre/Kevlar panels. All told it weighs around 700kg or under, depending on options. Oh yes, there are many options you can choose from, though ‘reconstructive facial surgery following vigorous cornering’ is conspicuous by its absence…

Each one starts from €163,636 before tax, but Donkervoort does say it’s not a track-honed nutjob, but rather a road-going performance toy. A really, really fast one.