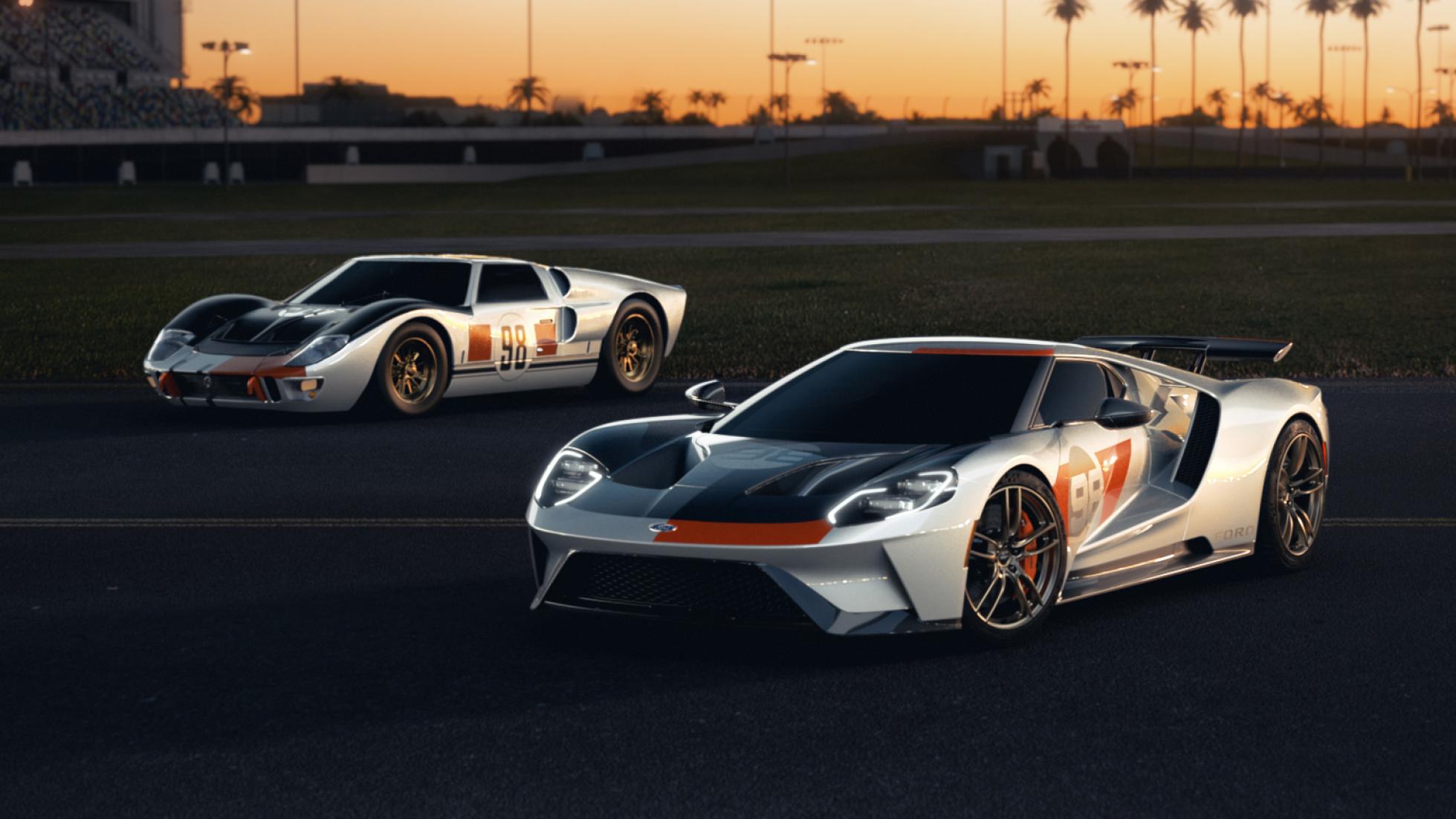 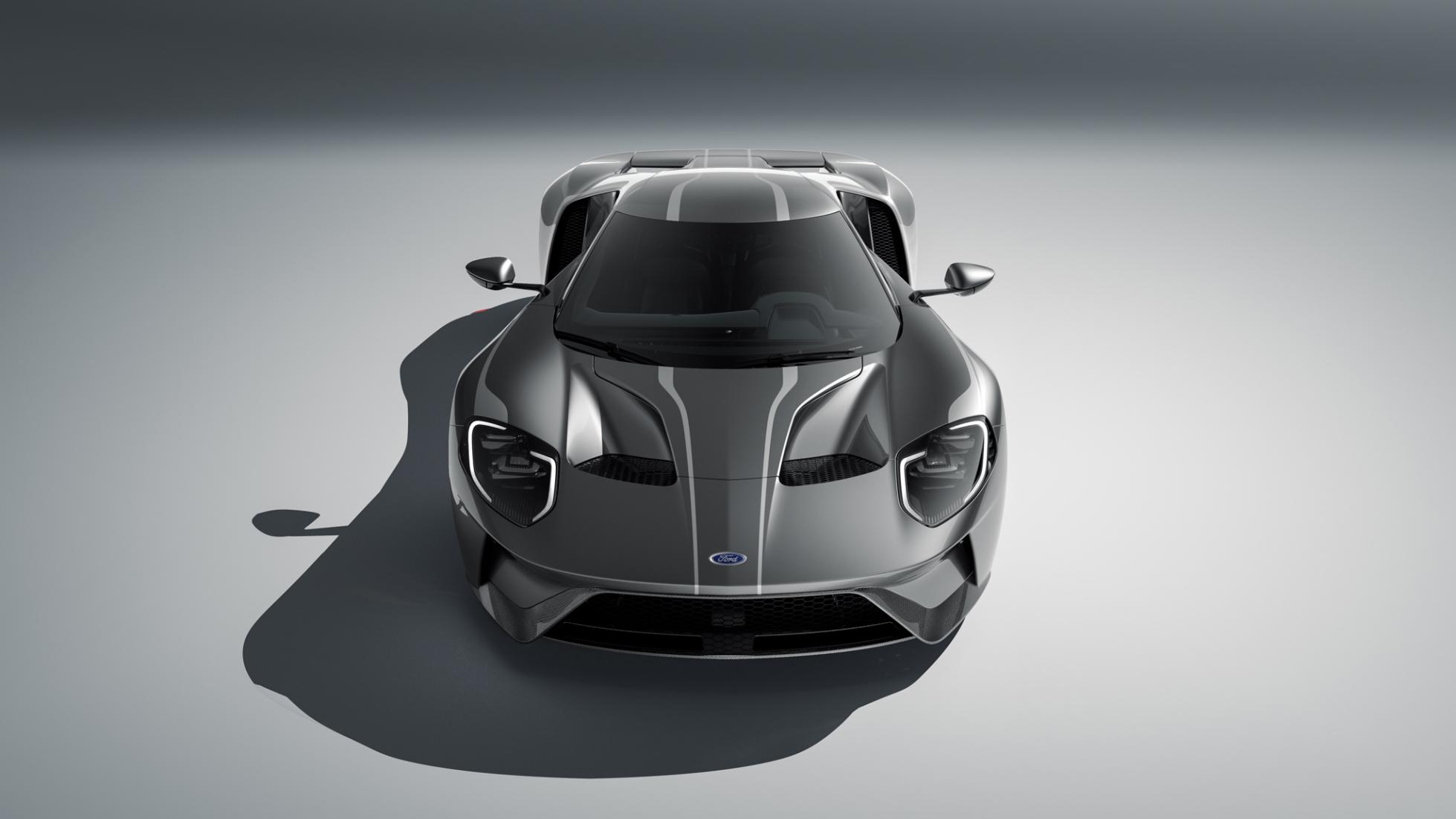 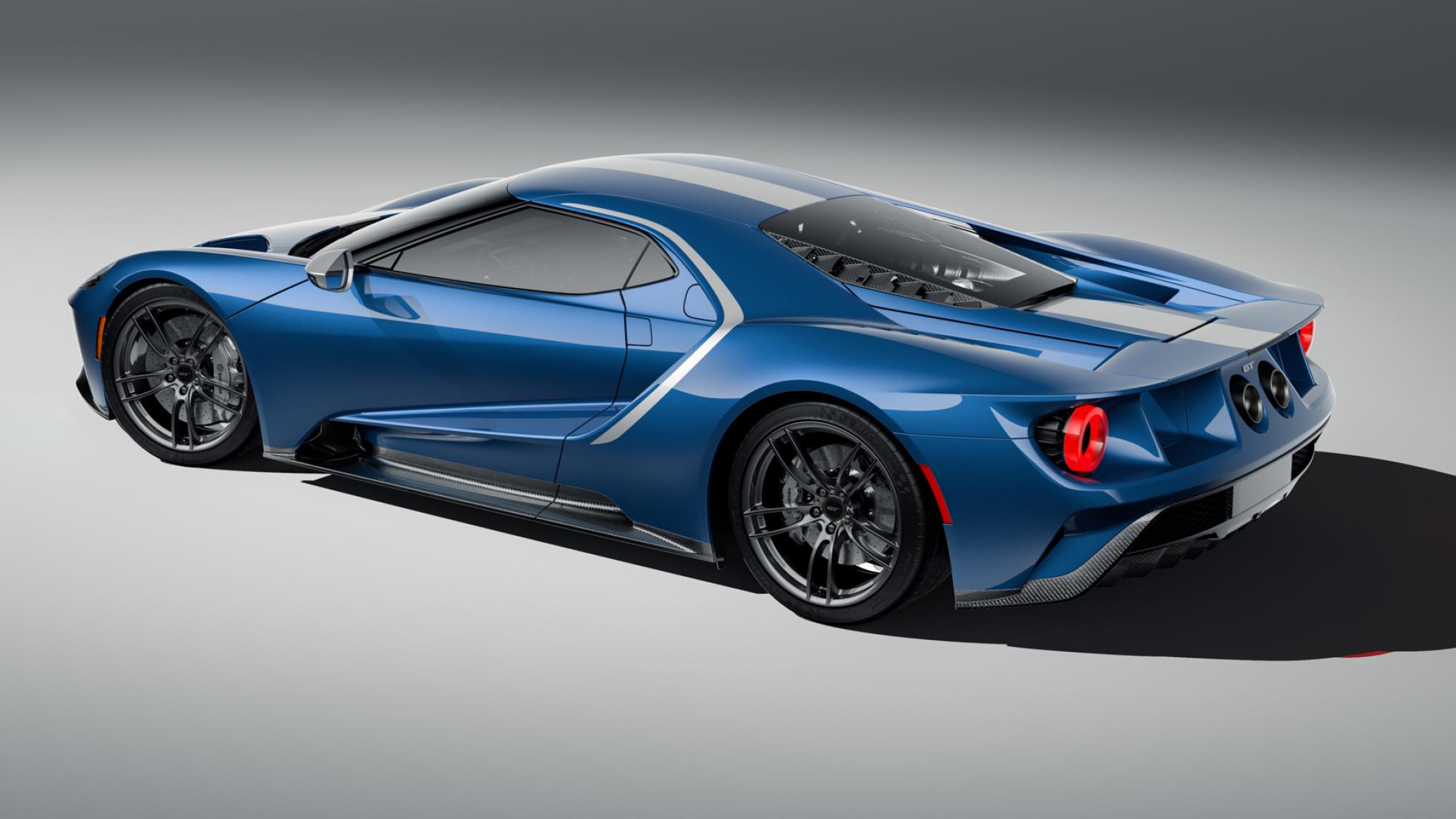 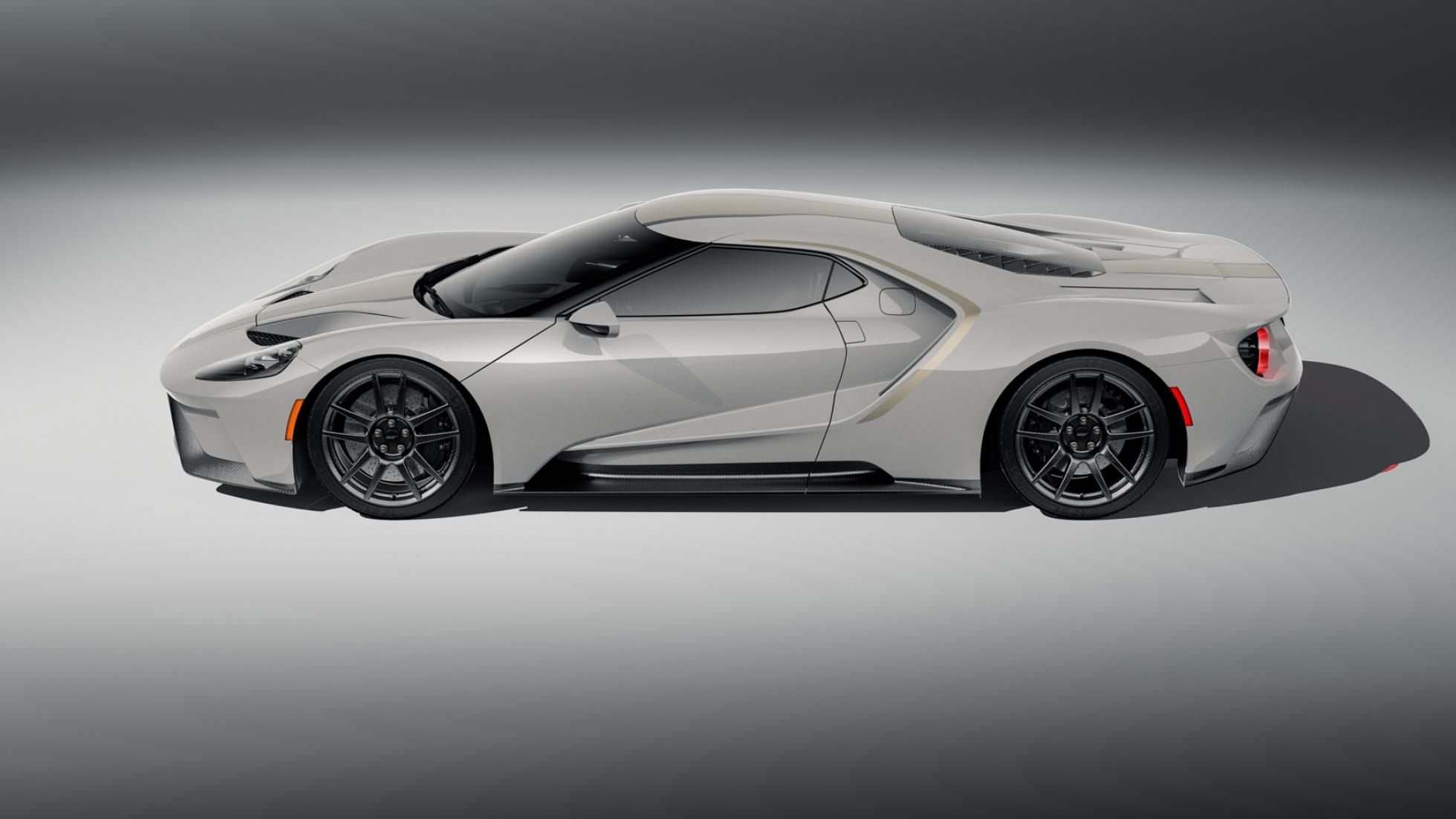 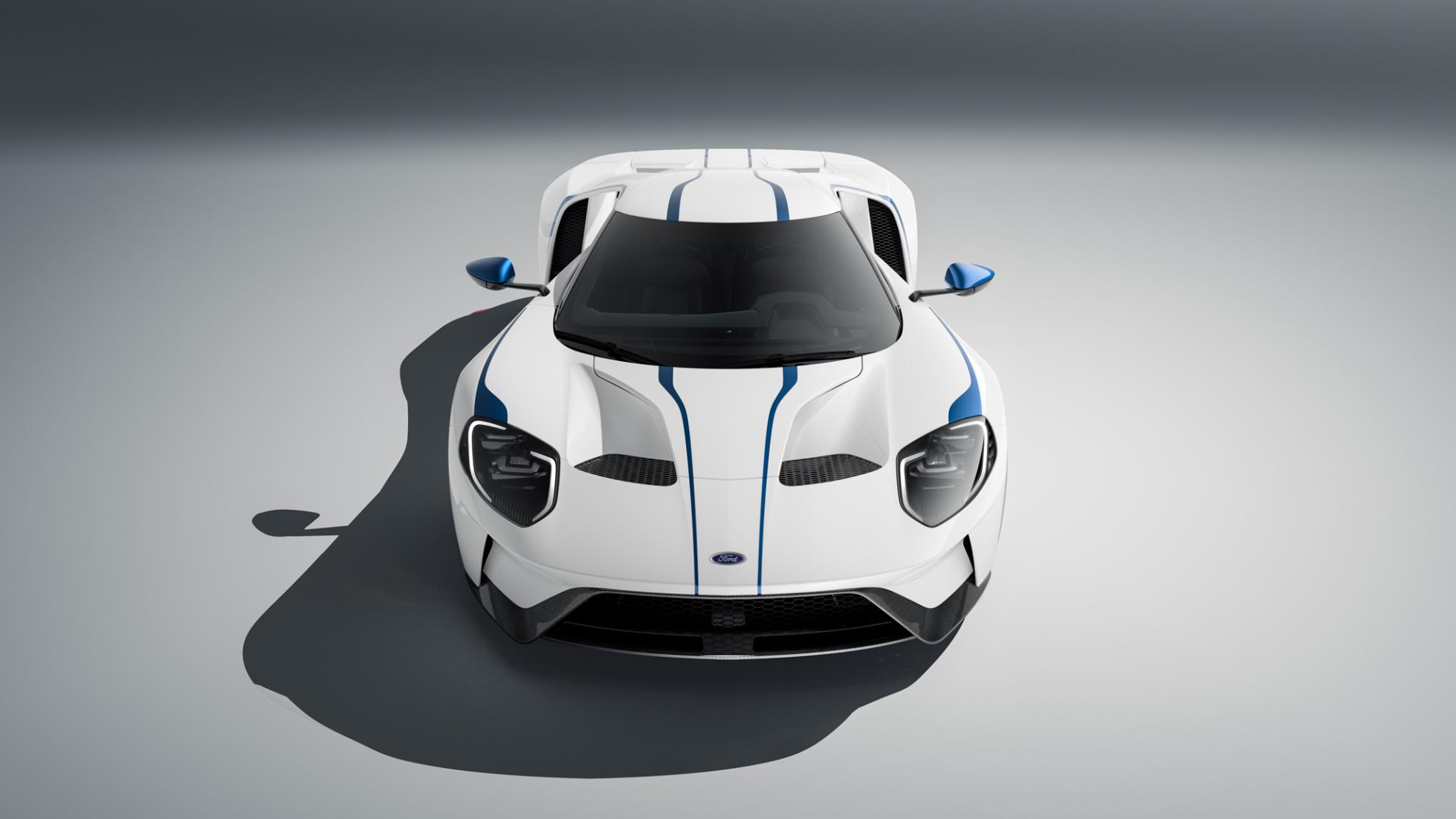 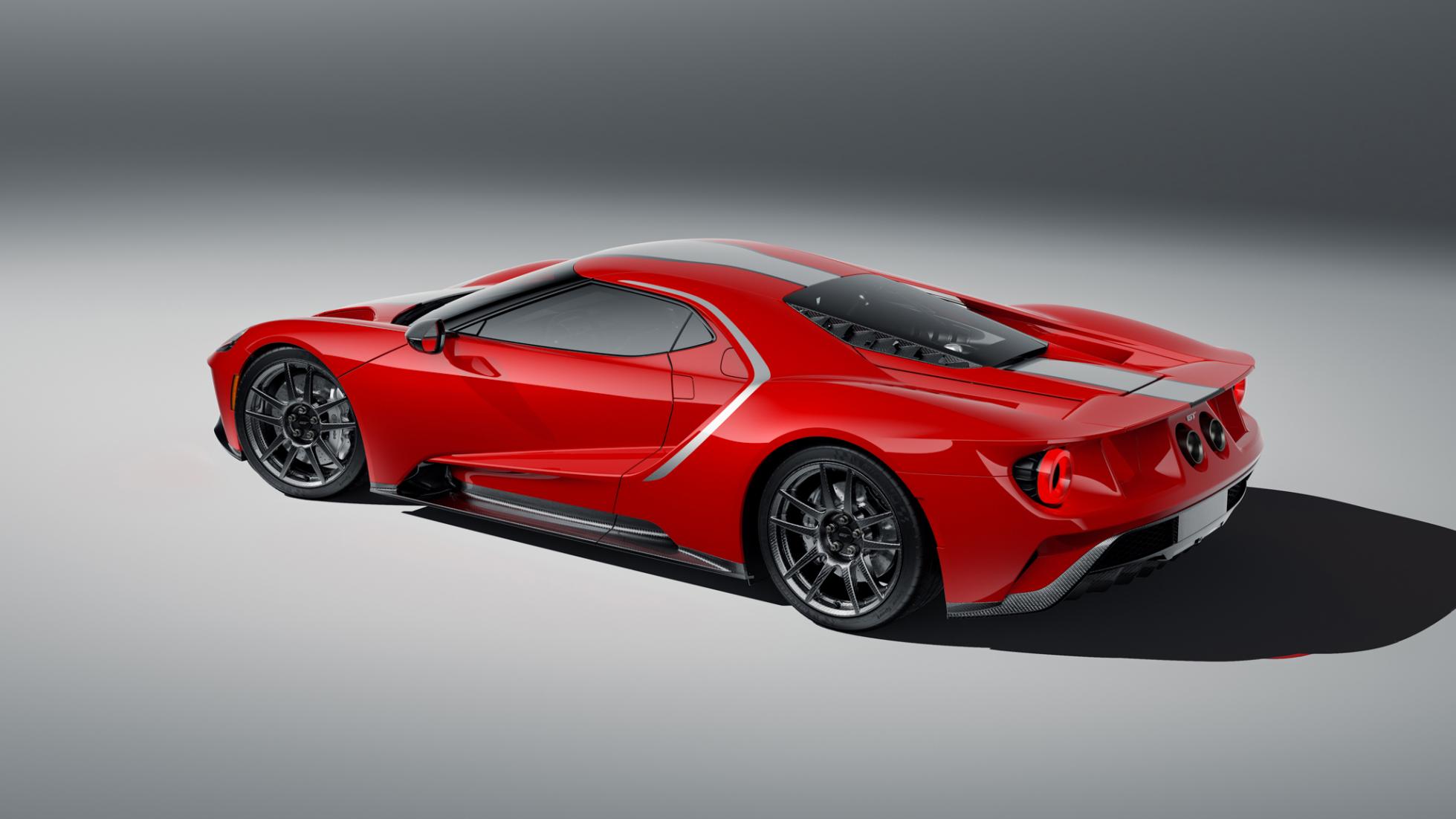 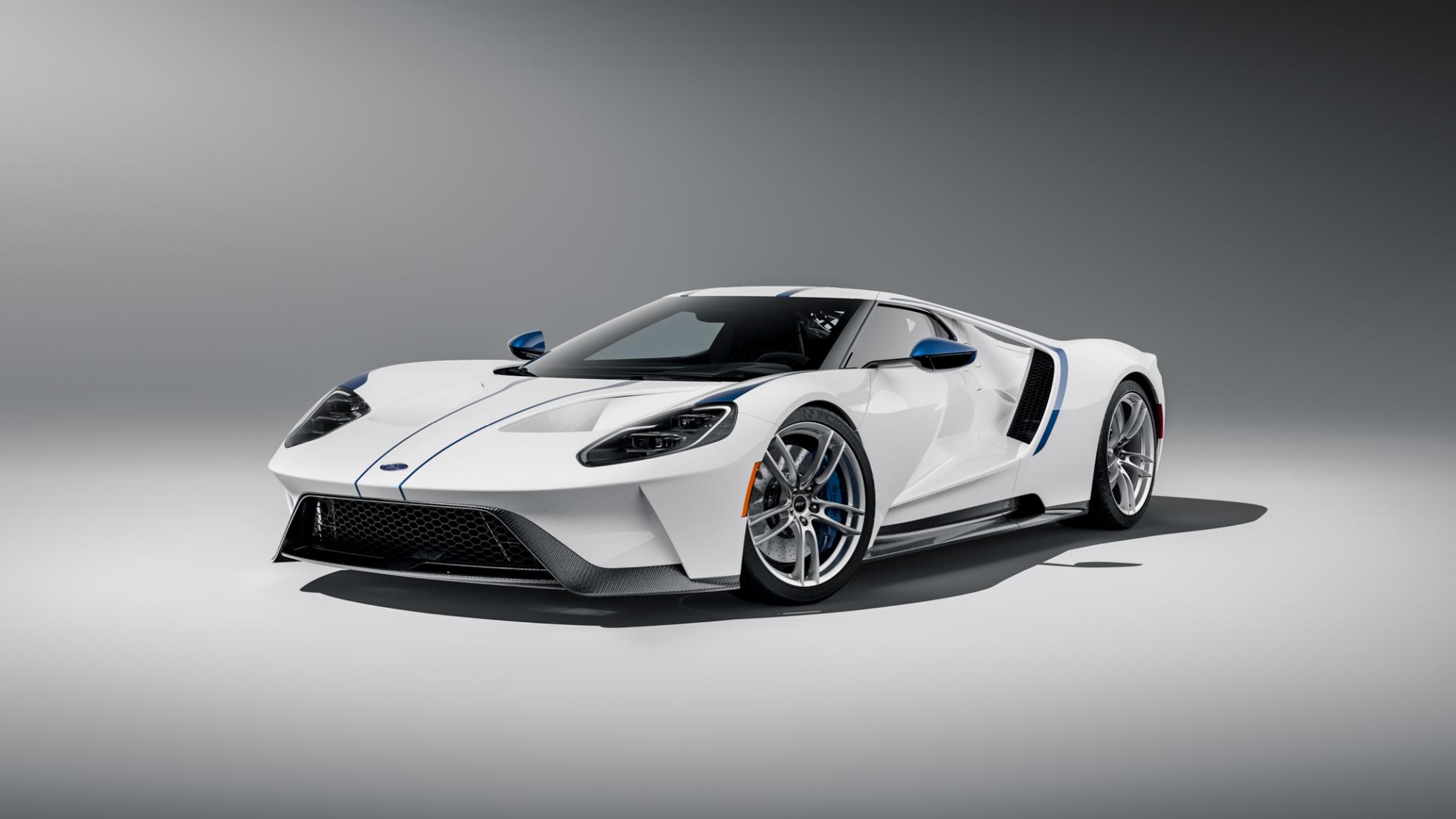 The Ford GT40 was already a winner by the time it arrived at the Circuit de la Sarthe for the 1966 LM24. Its first win at a 24-hour endurance race came a few months before at Daytona, where co-drivers Ken Miles and Lloyd Ruby led almost every lap and beat the competition by almost 30 miles. Seen Le Mans ’66? You’ll know the story.

It’s that win that the new Ford GT Heritage Edition celebrates. Its white, red and bare carbon livery, complete with the number 98, is a tribute to the red/white/black painted car that Miles and Ruby drove to victory in Florida more than 50 years ago. It also gets gold forged alloy wheels (though you can upgrade to carbon rims), red Alcantara upholstery and red anodised flappy paddles. Numbers will be strictly limited – as if the Ford GT wasn’t hard enough to get hold of already – and prices high. Along with the Heritage Edition, Ford has also announced a ‘Studio Collection’ graphics package that’s supposed to “draw your eye to some of the most prominent features of the GT”. Only 40 cars will get it, built this year and next before GT production wraps up for good in 2022.

Both Heritage and Studio Collection cars are mechanically unmodified, so you’re looking at a twin-turbocharged V6 with 660bhp. Either of them take your fancy? Nice as the Heritage Edition is, we’d be tempted by stripping away the paint altogether and going bare carbon.