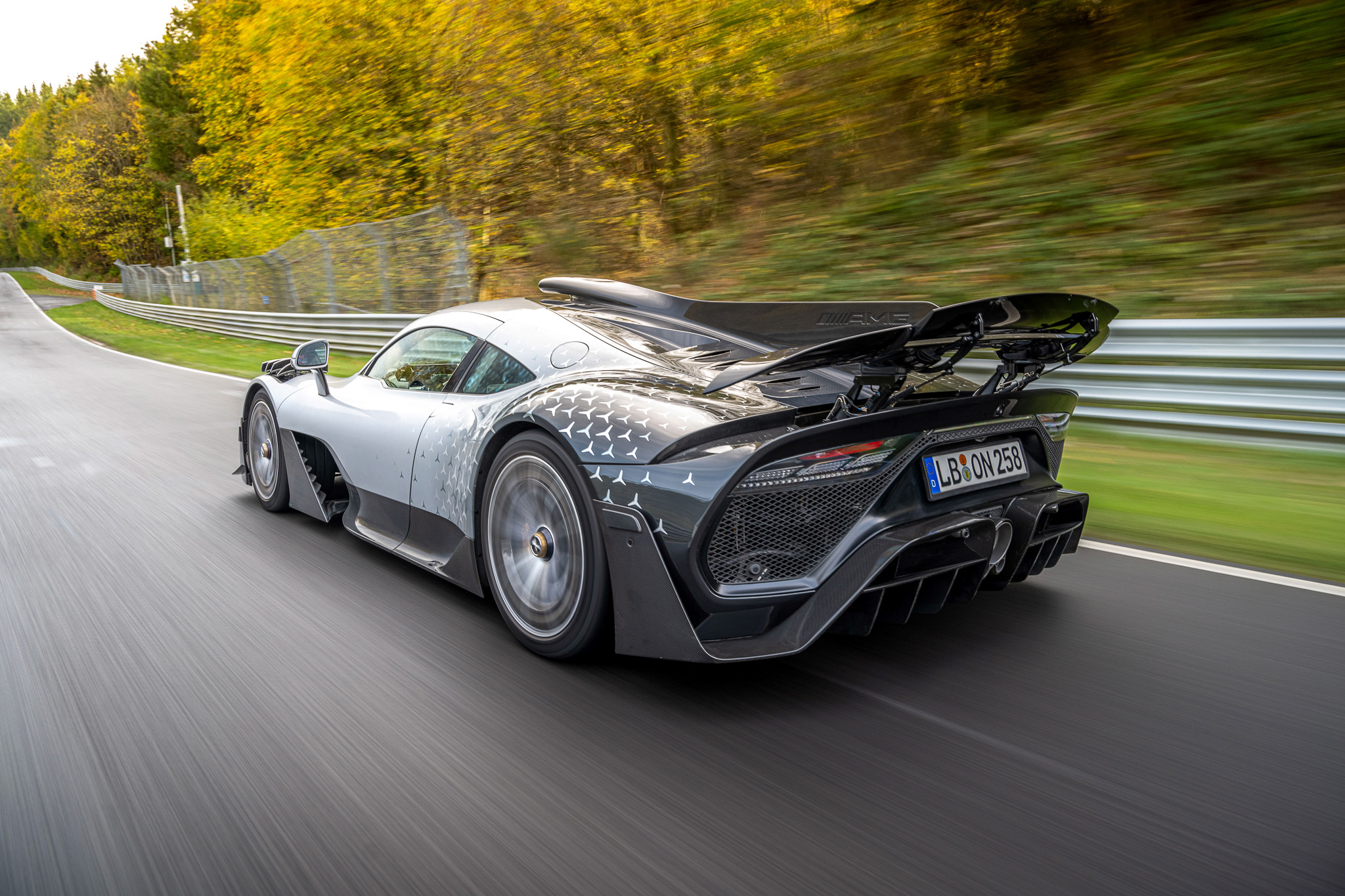 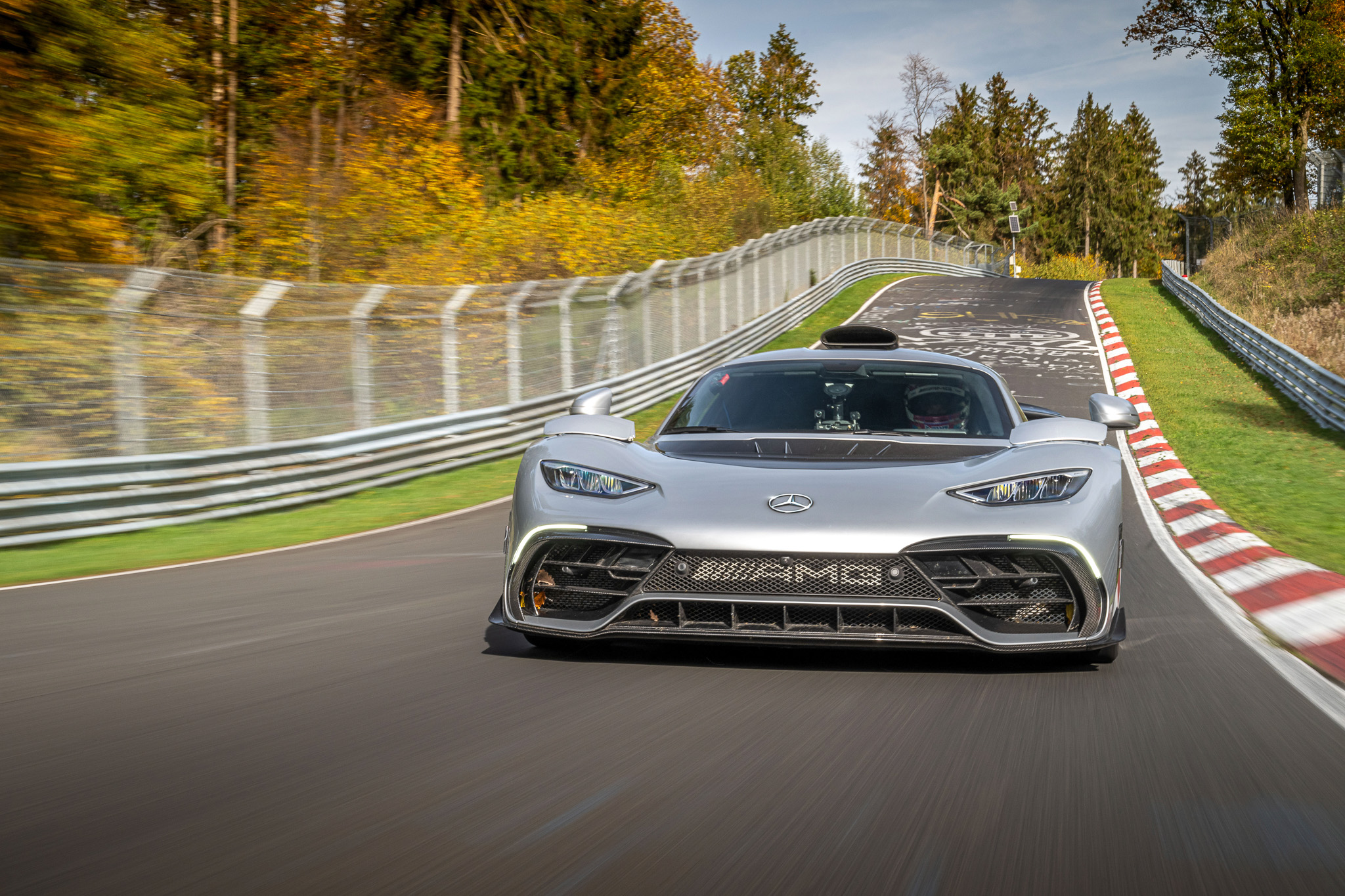 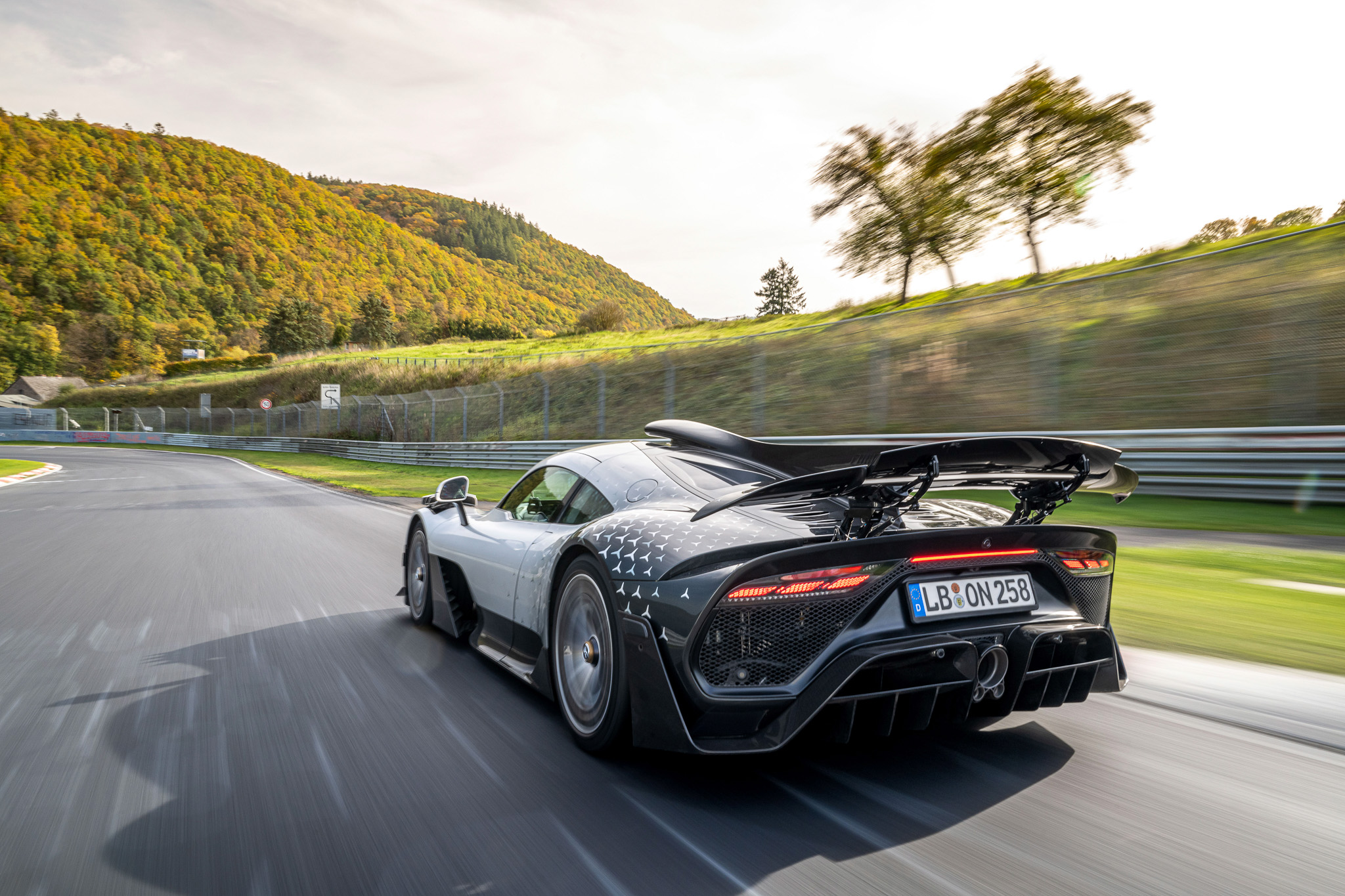 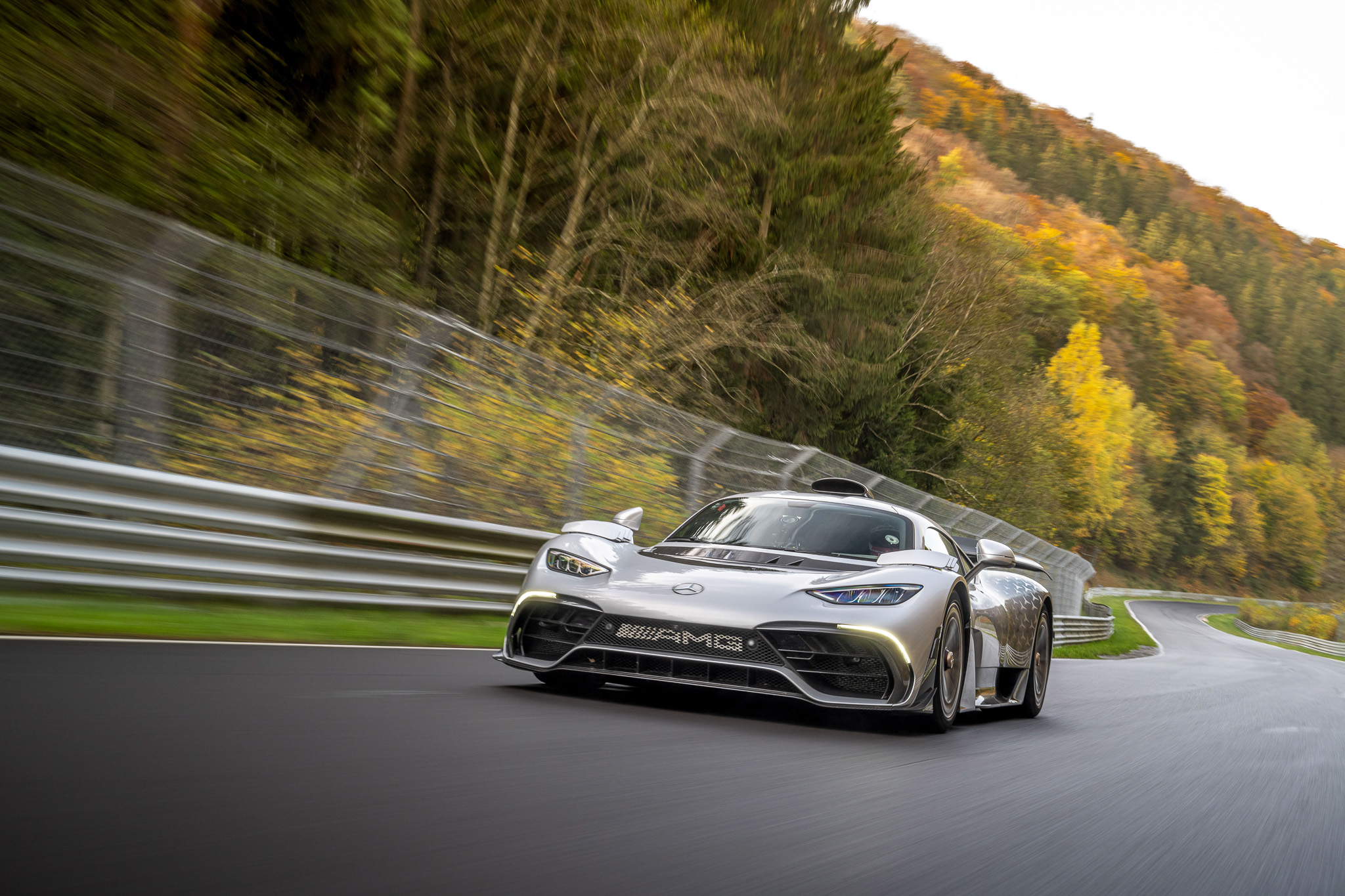 The Mercedes-AMG One is AMG's entry in the great pantheon of F1 cars for the road, and it has set a Nürburgring lap time of 6m 35.183s. Which, to put it bluntly, is stupidly fast. So fast in fact, it becomes the fastest production car to have ever lapped the Green Hell.

Comparatively speaking, it’s leagues ahead of the car it usurped at the top of the unofficial ‘Ring leaderboard, but then it’s also leagues ahead in terms of price and performance. The Porsche 911 GT2 RS with the Manthey Racing pack – a 700bhp supercar – lapped the 20.8km circuit in 6m 43.3s last year.

Which puts Merc’s efforts in the £2.3m One into context. Seven seconds faster over 20.8km – a whisker under 13 miles – isn’t fast, it’s supersonic. And judging by the onboard, takes bravery hitherto unseen on this world at least.

Mercedes said the record-breaking attempt came at the last gasp – at 5.14pm local time, Maro Engel went out on the last lap of the day (the track was due to be shut at 5.15pm) having already set a new record. Alas, he thought there was more to be extracted, and decided to engage the One’s hyperdrive setting.

Apparently the track was damp – a 1,049bhp hypercar racing in the damp! – and the conditions were not “ideal”. Still, Merc brought along two, um Ones (no jokes about ‘one that works’), set the camber to maximum (within tolerance) and superglued the ‘Race Plus’ mode. That meant active aero, a ‘tight chassis tuning’, 37mm lower ride height and literally every ounce of power available from that 1.6-litre V6 turbo and four electric motors (though one of those motors reduces lag). 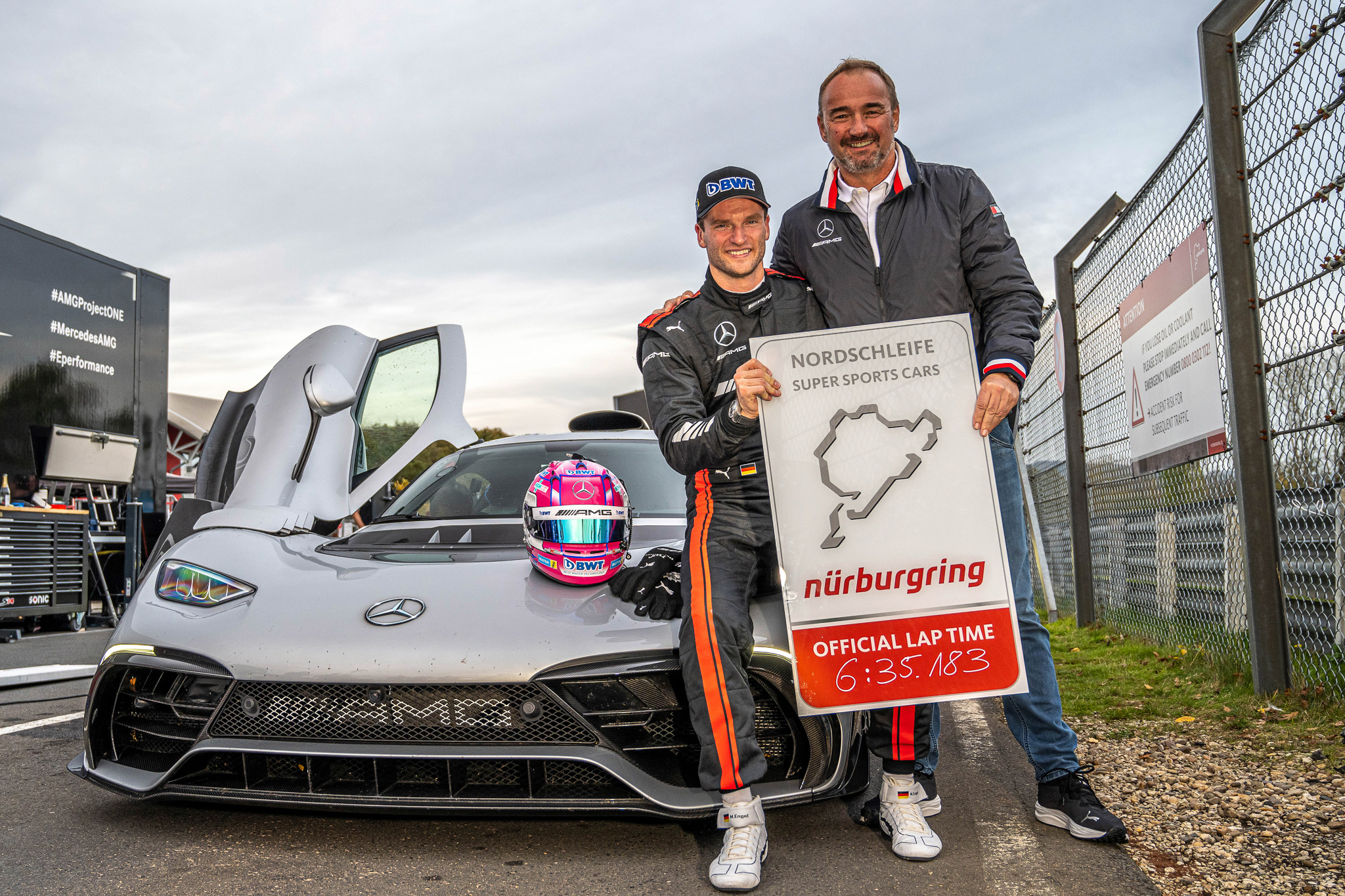 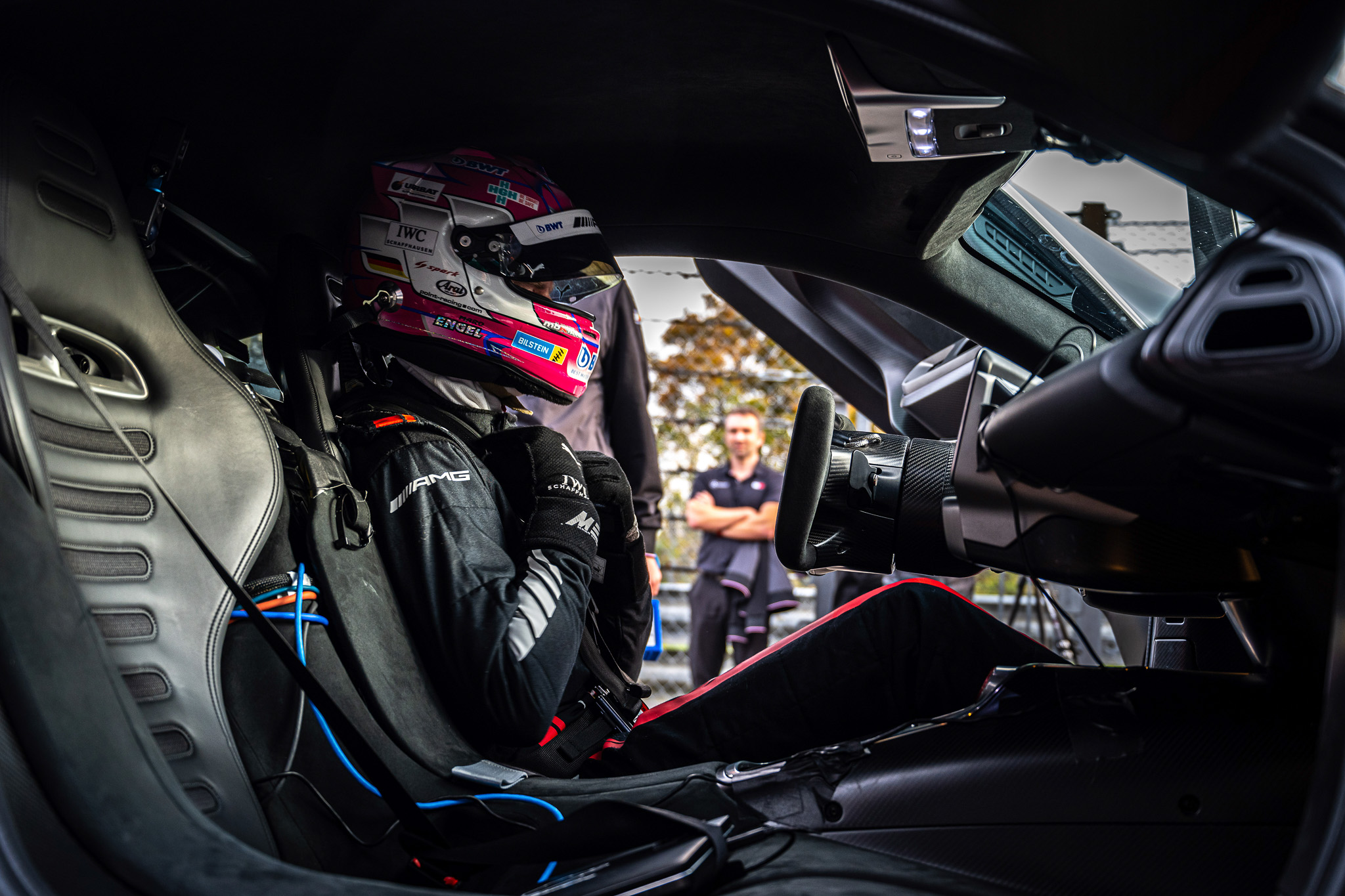 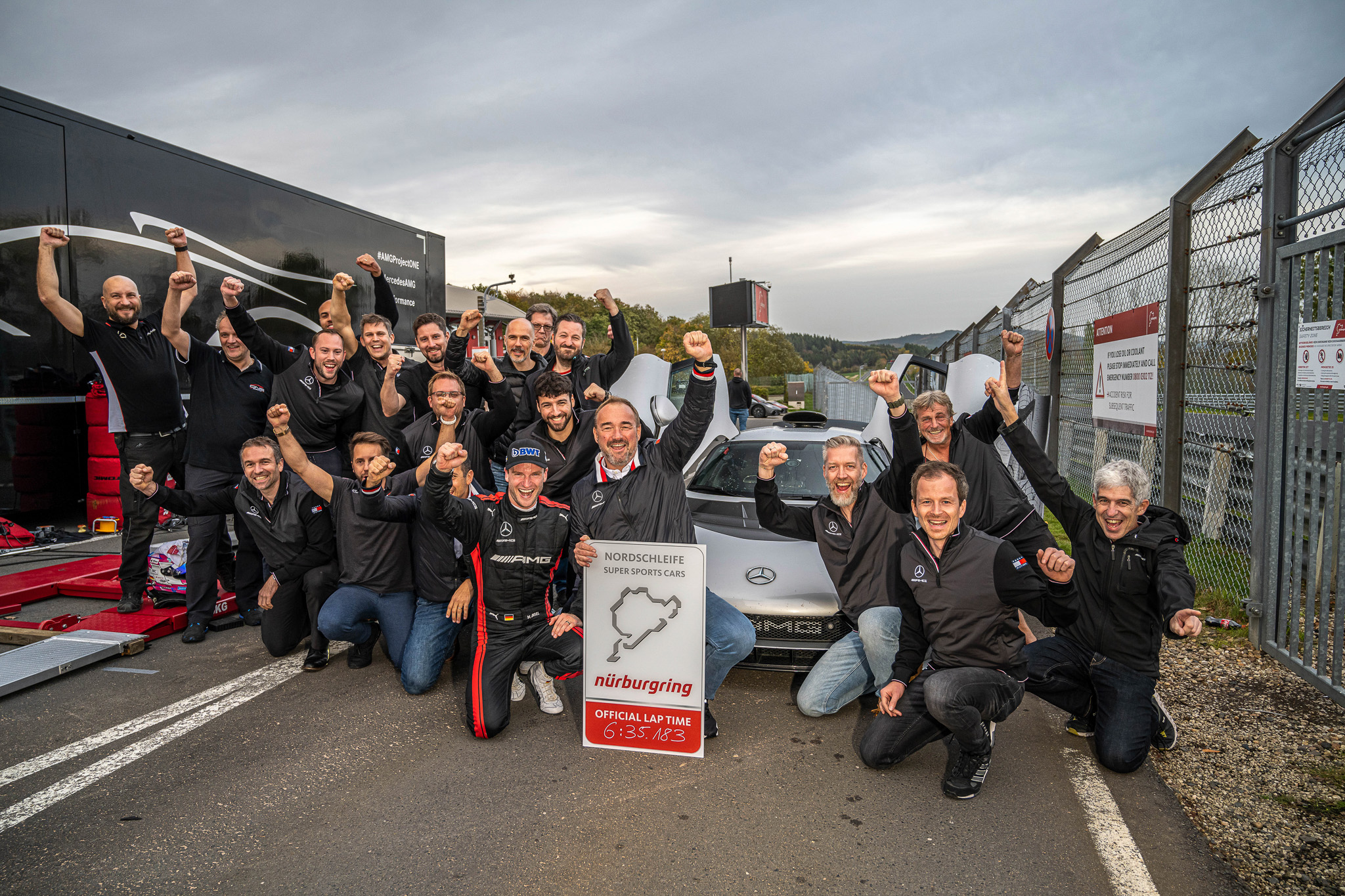 "That was really an unforgettable experience,” Engel said after the lap. “I didn’t expect that we would be able to set such a lap time with these track conditions.

“Like Lewis Hamilton and George Russell on their race weekends, I also had to deploy the electrical energy of the hybrid drive in the best possible way,” Engel said. “That’s not easy, especially with this length of track. In addition, the DRS function had to be used optimally, but that’s also a real Formula One feeling."

To watch AMG's entry into the great pantheon of stupidly fast Nürburgring lap times, click go on the video below. Sit back, turn it up, and set your jaws to stun... 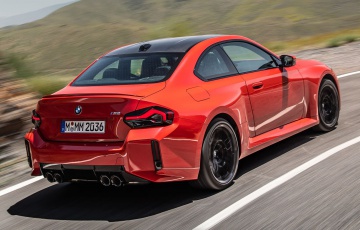 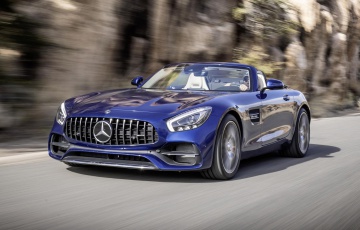