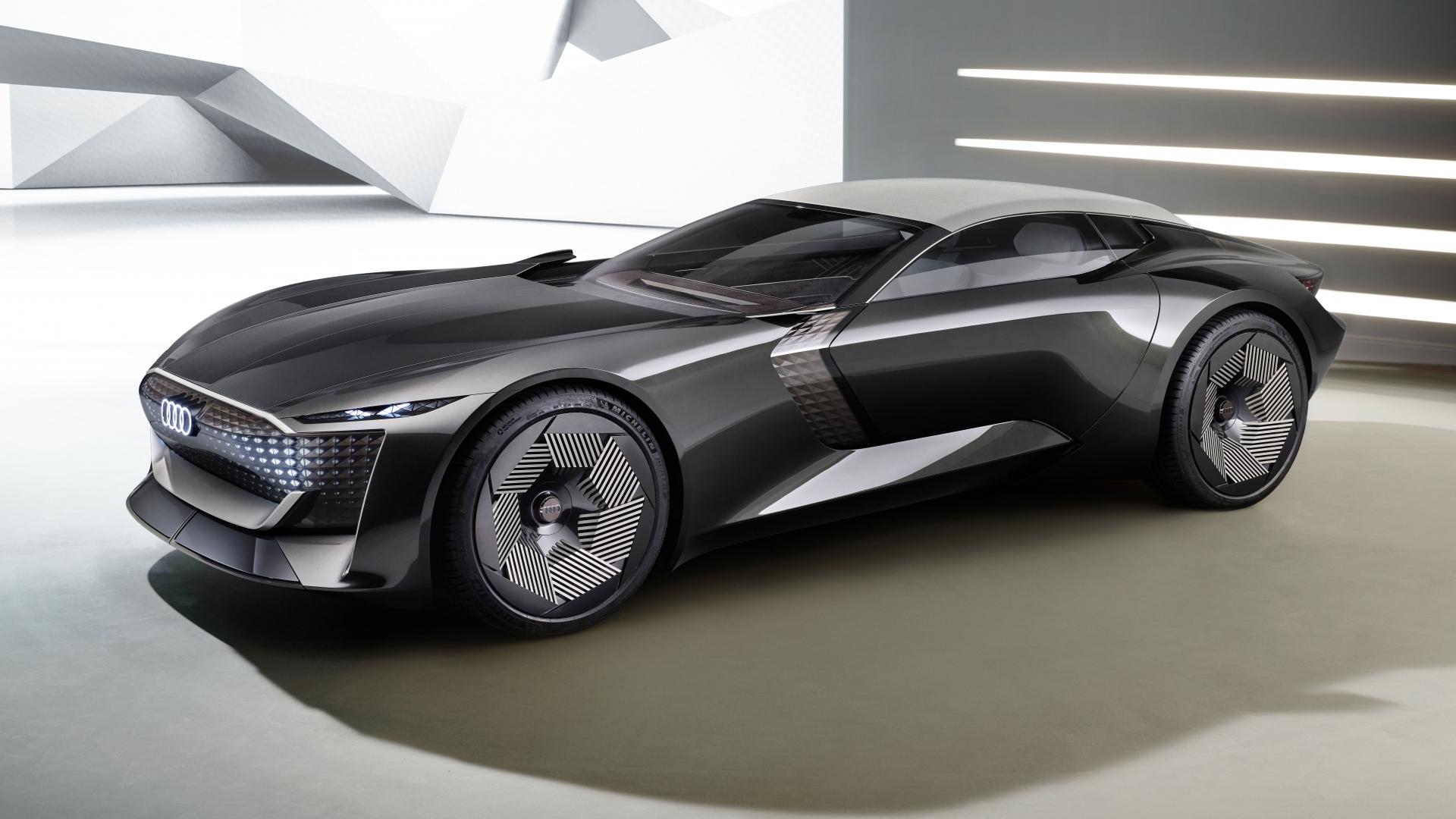 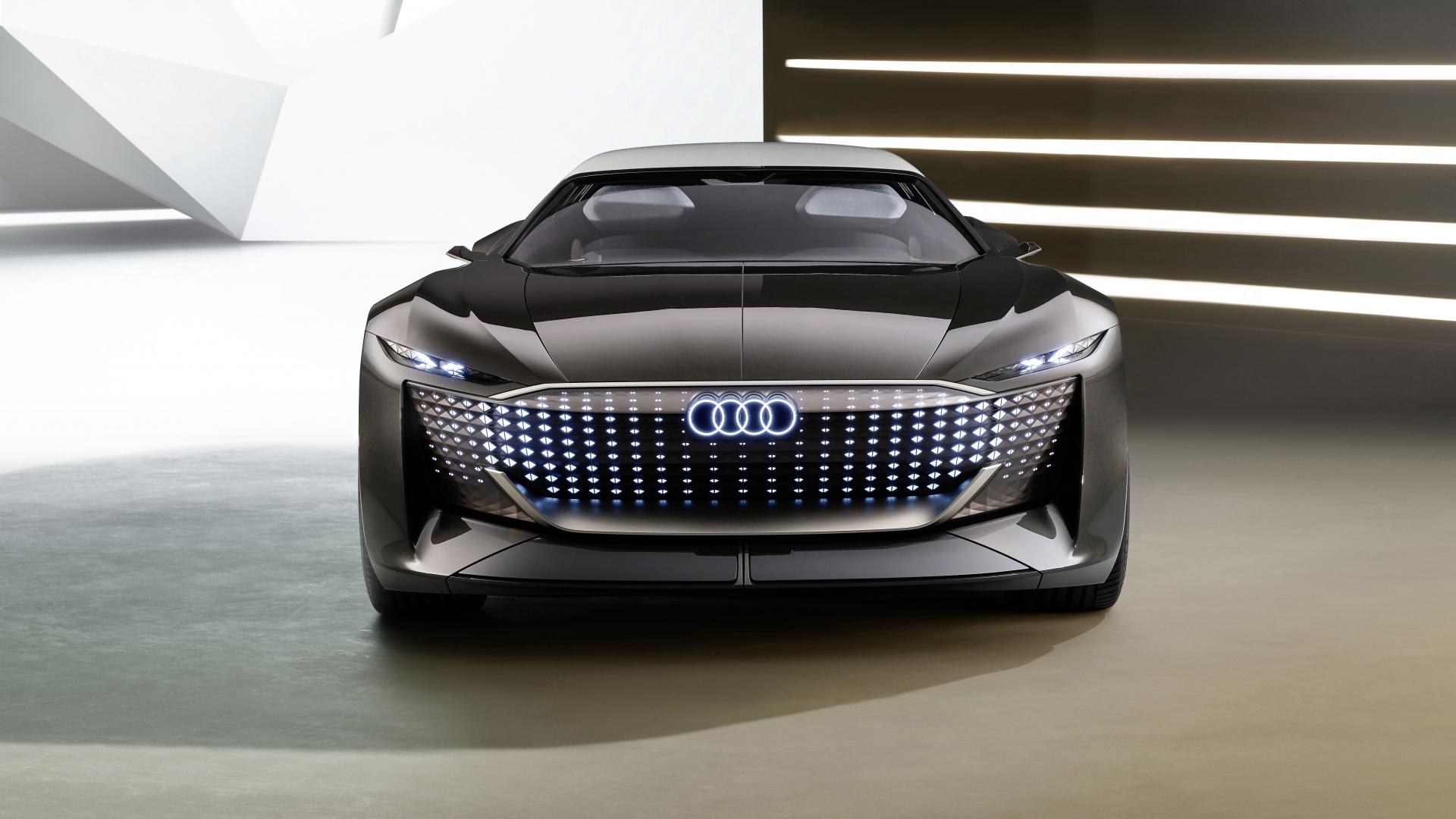 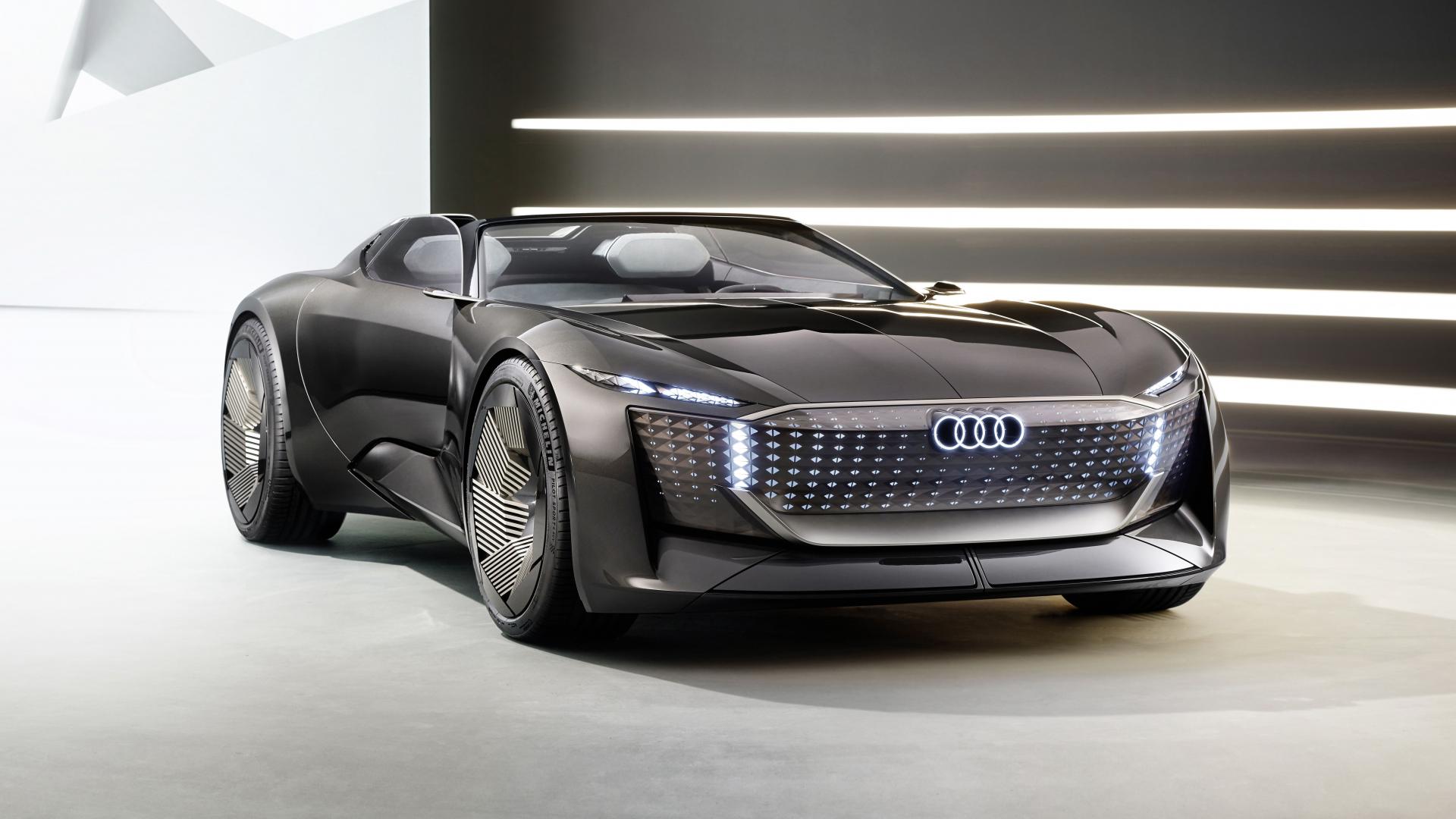 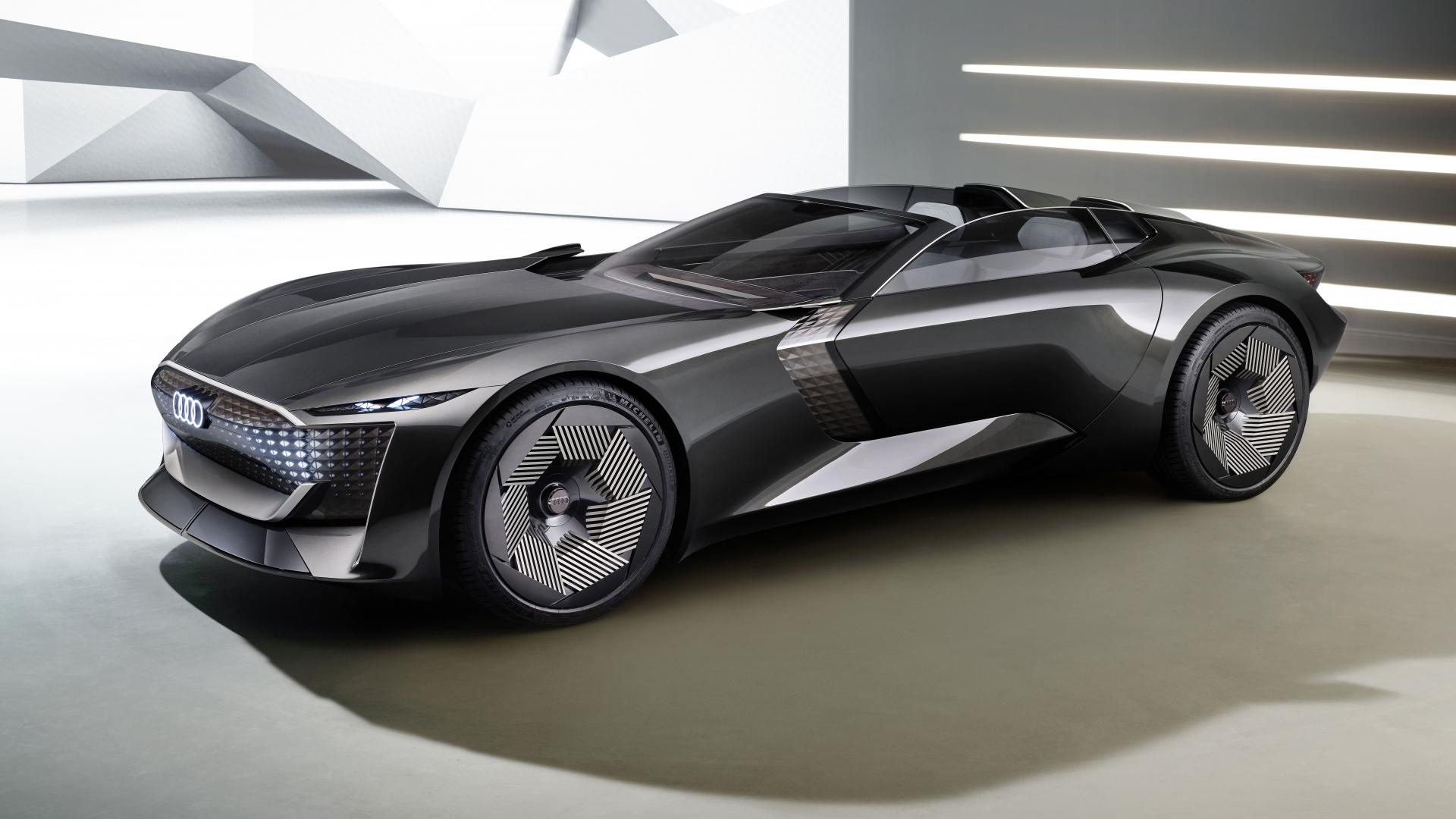 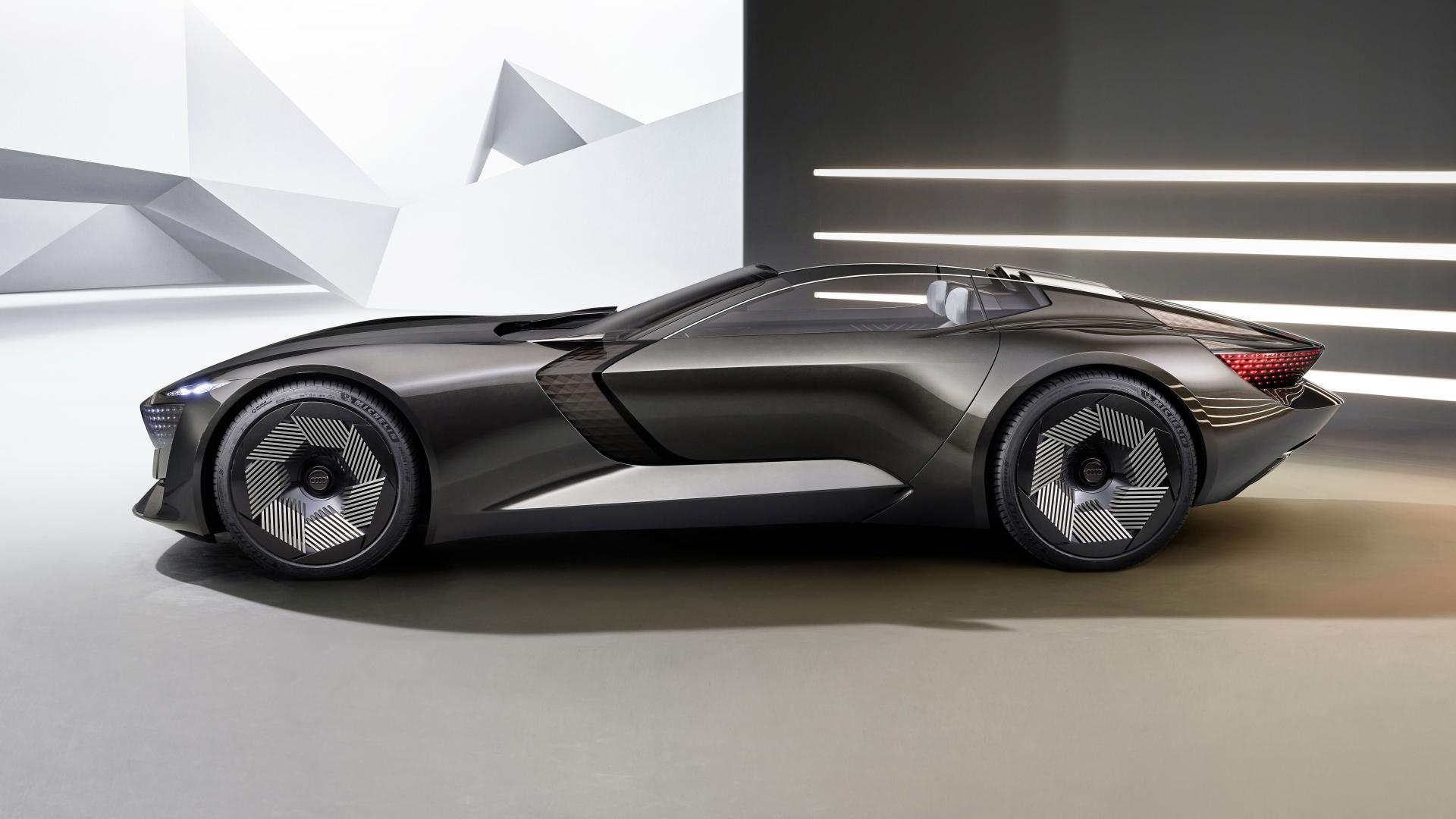 The problem with modern cars, this Audi implicitly posits, is that they don’t reference enough popular Eighties children’s cartoons. Specifically, The Transformers. This new concept aims to remedy that.

Officially called the Audi ‘skysphere’ (no capital), this is a two-seater fully electric concept car that visually references the company’s own Horch 853 roadster from the 1930s – long bonnet, small cabin. But underneath? Full Transformer.

That’s because it is literally able to change the length of its wheelbase and body 250mm at the touch of a button. It’s part of the car’s two modes: in ‘Sports’ mode, the car measures 4.94m long, drops 10mm in ride height and gets rear-wheel-steering for maximum helmsmithery.

Switch into ‘Grand Touring’ mode however, and electric motors connected to a ‘sophisticated’ mechanism increase that wheelbase length to 5.19m, and move the steering wheel and pedals into an “invisible area” to free up interior space. Sure, why not.

Audi tells us there’s an electric motor fitted onto the rear axle – and rear axle alone – powered by a battery “expected to be more than 80kWh” slotted in behind the cabin. Total power is 632hp (465kW) and there's 500Nm of torque. 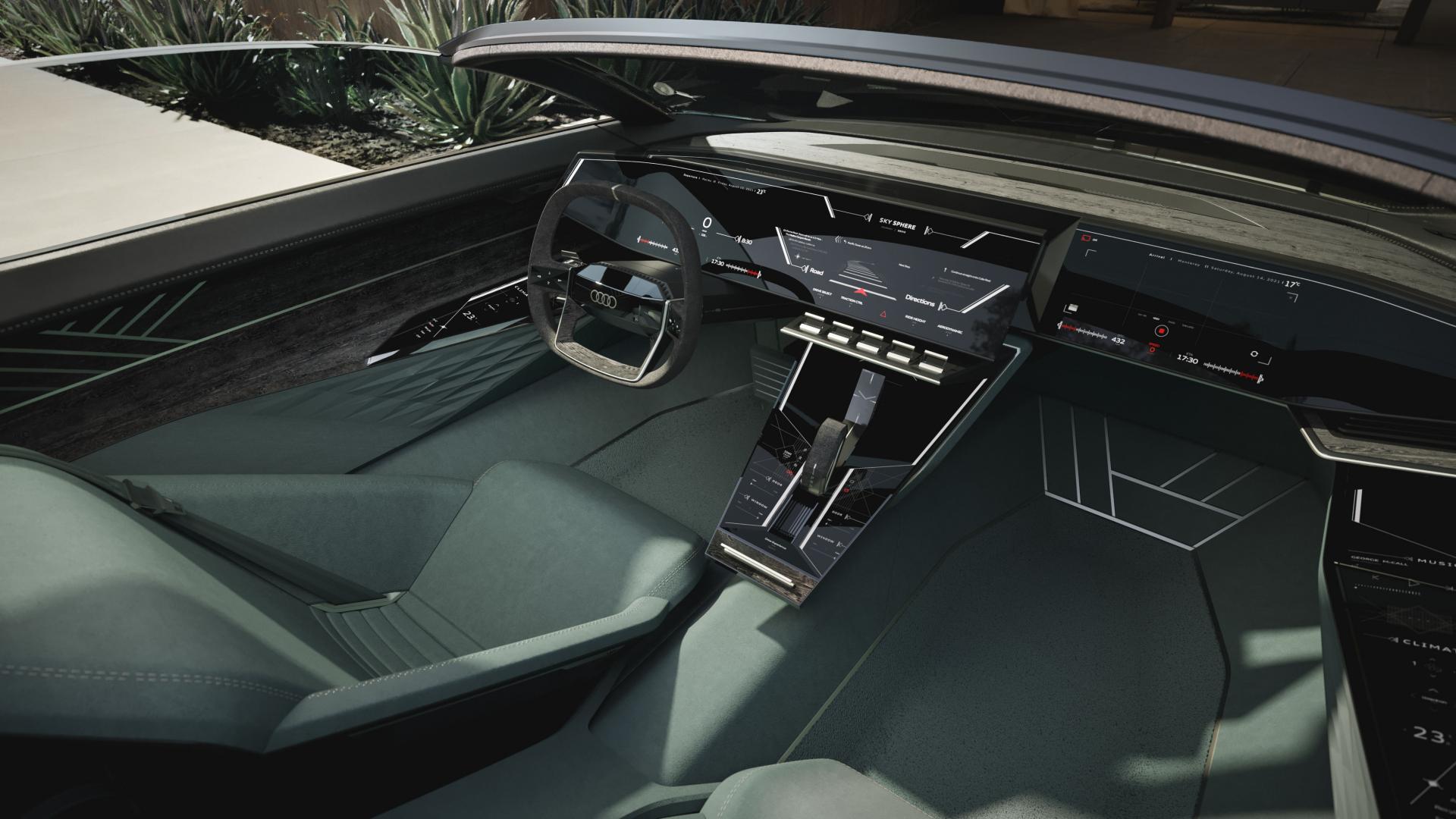 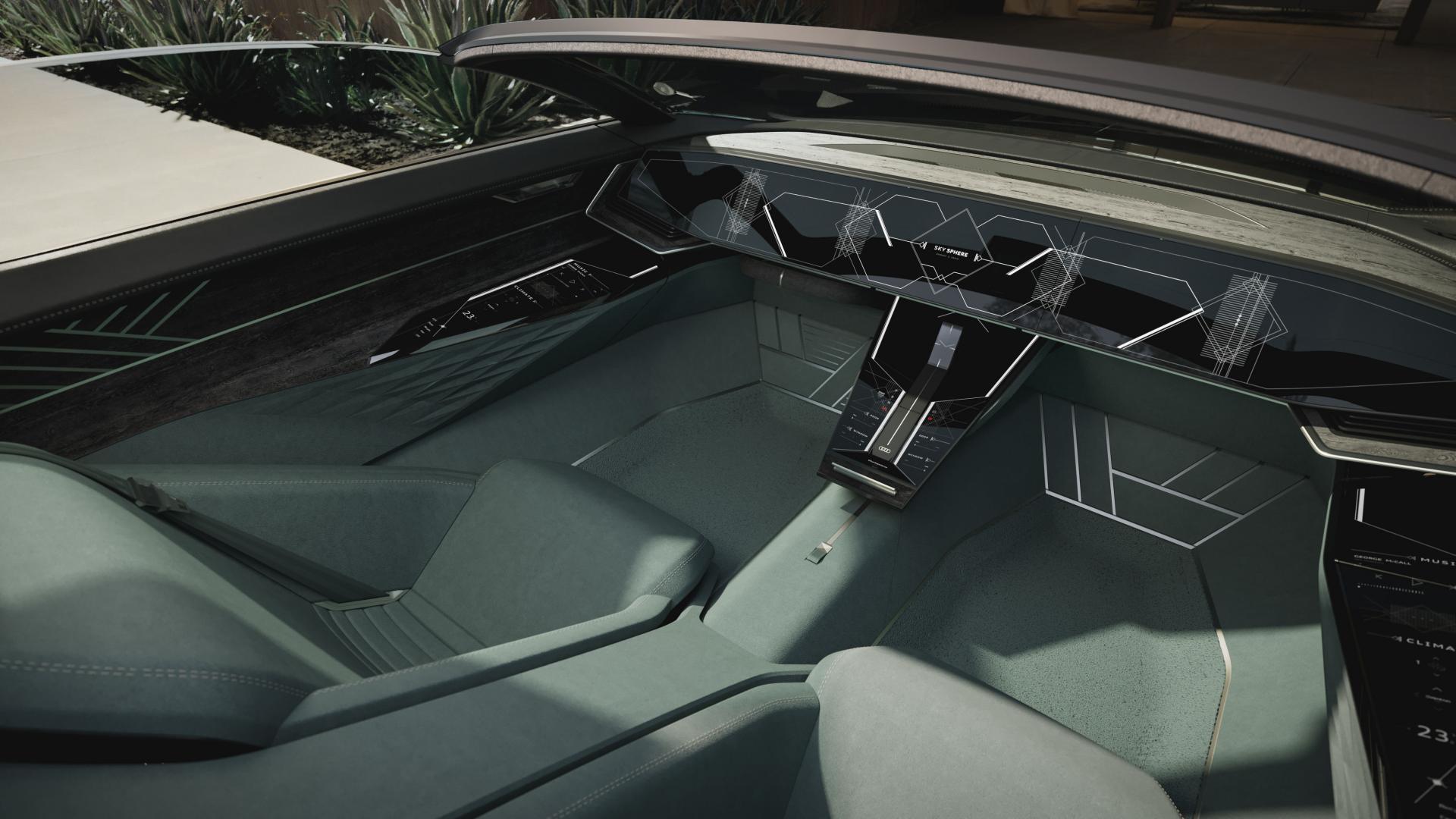 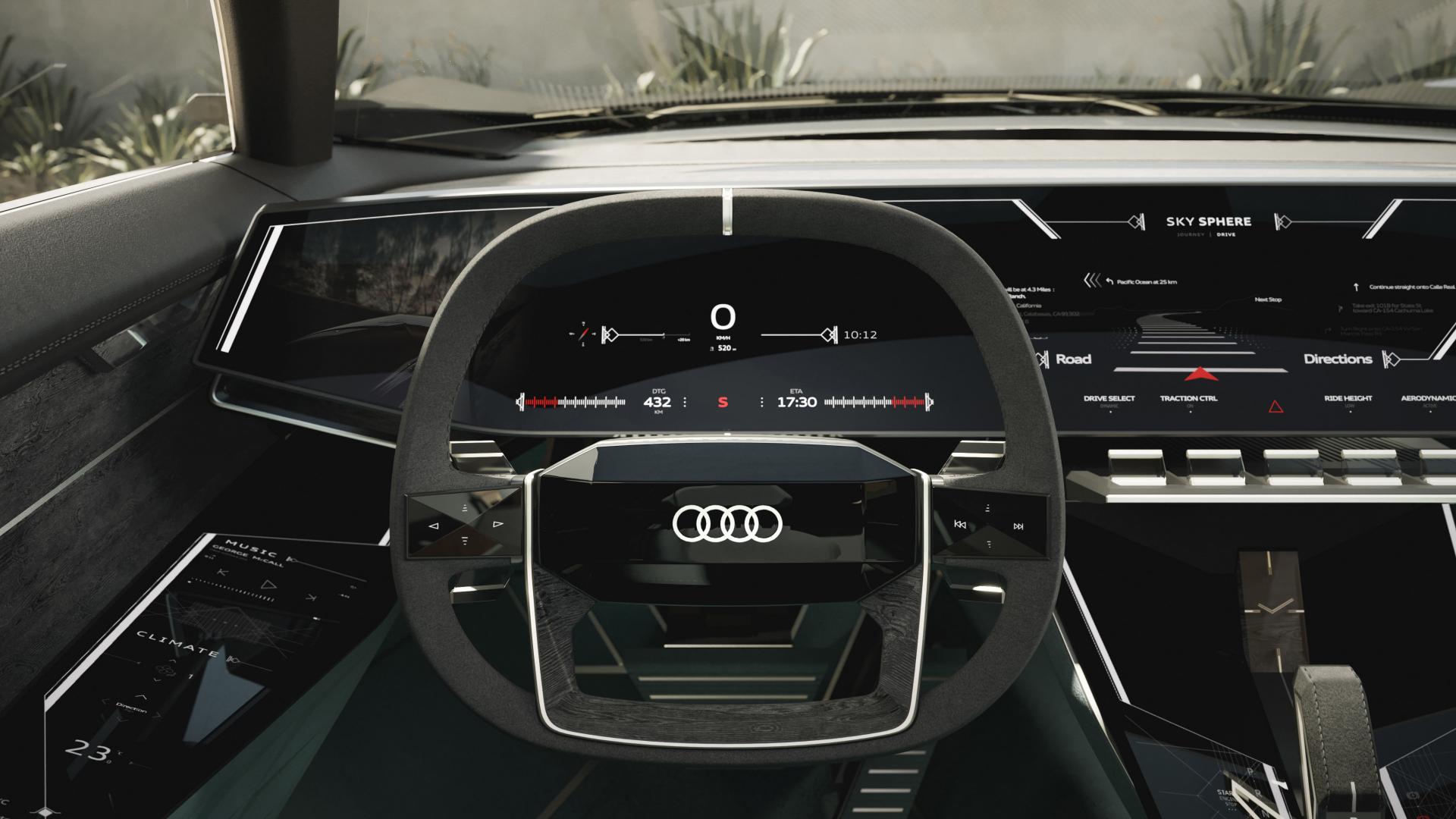 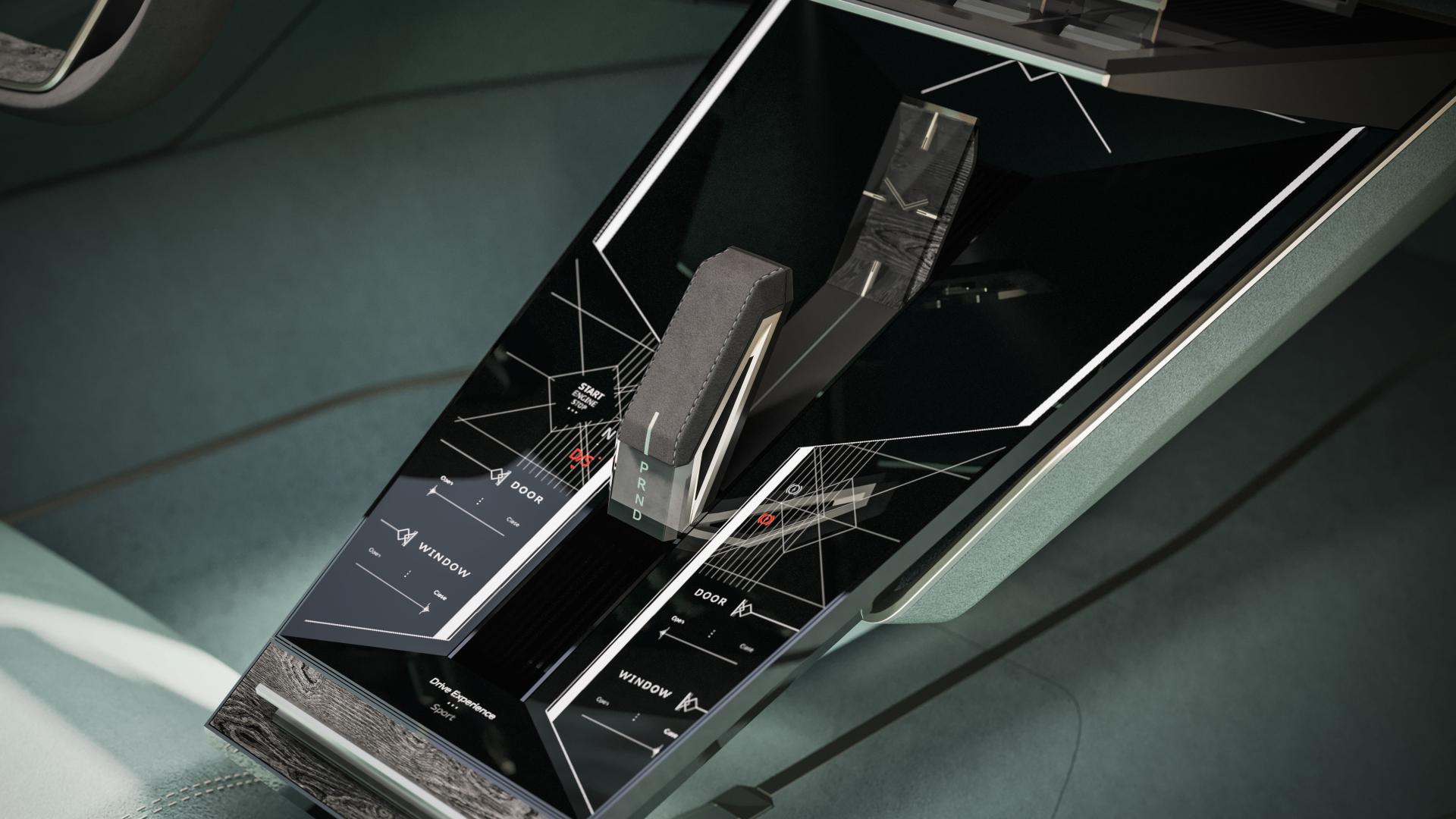 There are double wishbones front and rear made from aluminium, steer-by-wire, and adaptive air suspension able to individually raise or lower each wheel while driving using sat nav input to make the ride super cushiony. The wheels are 23-inchers, because concept car.

It looks quite fantastic, you’ll agree (with more than a hint of Mercedes-AMG’s Vision GT concept from 2013 about it): flared arches, a wide track, low body, that enormous singleframe Audi grille that's only lightly scary and full LED lights front and rear.

Even more fantastically, the two doors are rear hinged and open up into – rather unsurprisingly – a fully digital dashboard featuring a 141cm wide/18cm high touchscreen.

As mentioned, the wheel and pedals disappear in Grand Touring mode, allowing the skysphere to show off its level 4 autonomy. The seats are upholstered in microfibre fabric, while elsewhere there’s eucalyptus wood and imitation leather.

The skysphere is the first of three new concepts – we’ll see a ‘grandsphere’ and ‘urbansphere’ in due course, and you don’t have to think too hard as to what forms those latter two cars will take.

You can however, have a good hard think about this instead: is this skysphere an Autobot or Decepticon? This modified 700hp Audi RSQ8 is a subtle, dignified SUV*

*In literally no way whatsoever. Meet the Lumma CLR 8 RS Alfa's got yet another new revival plan that includes a fully electric saloon in 2024. But will it work this time?