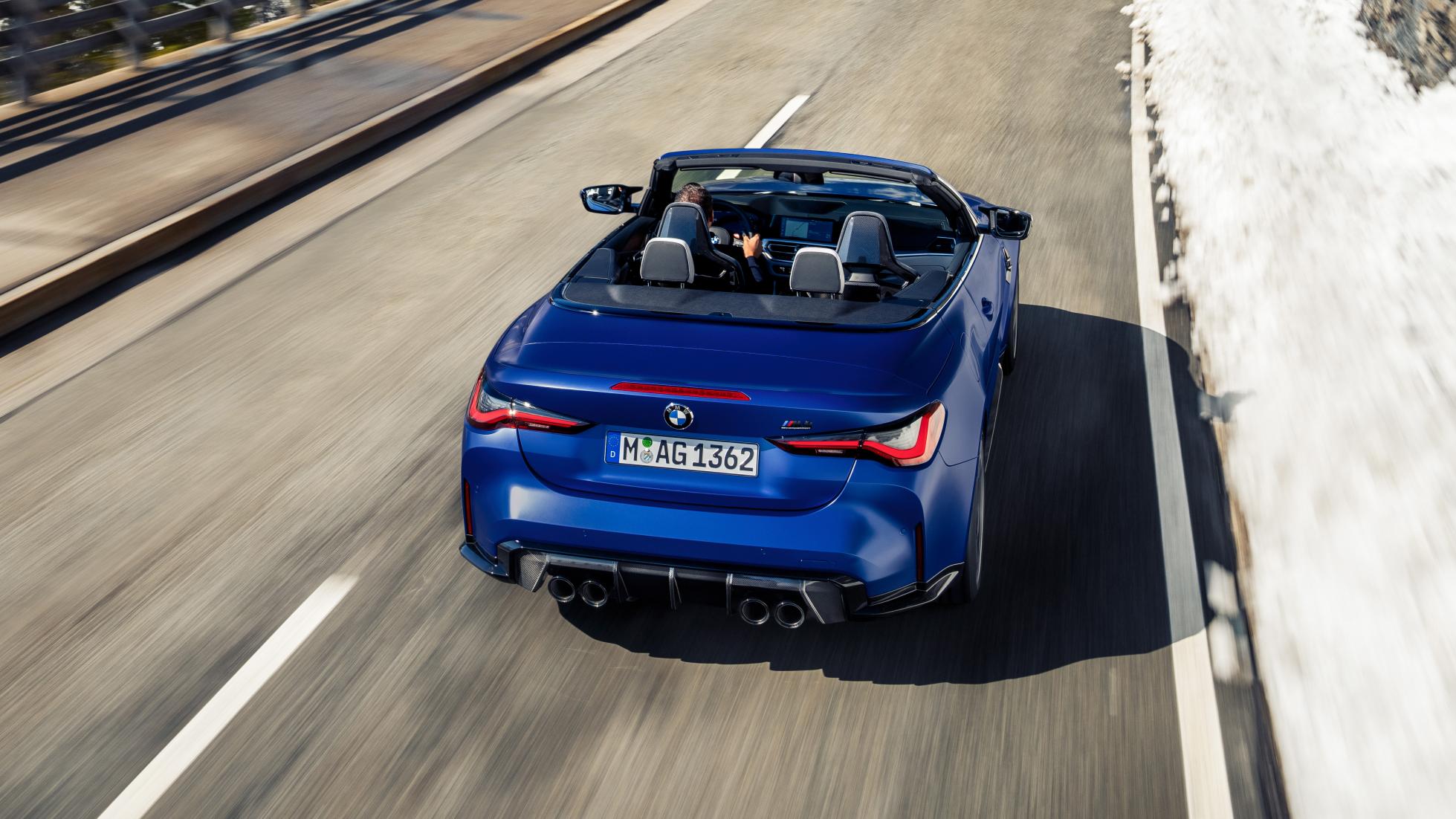 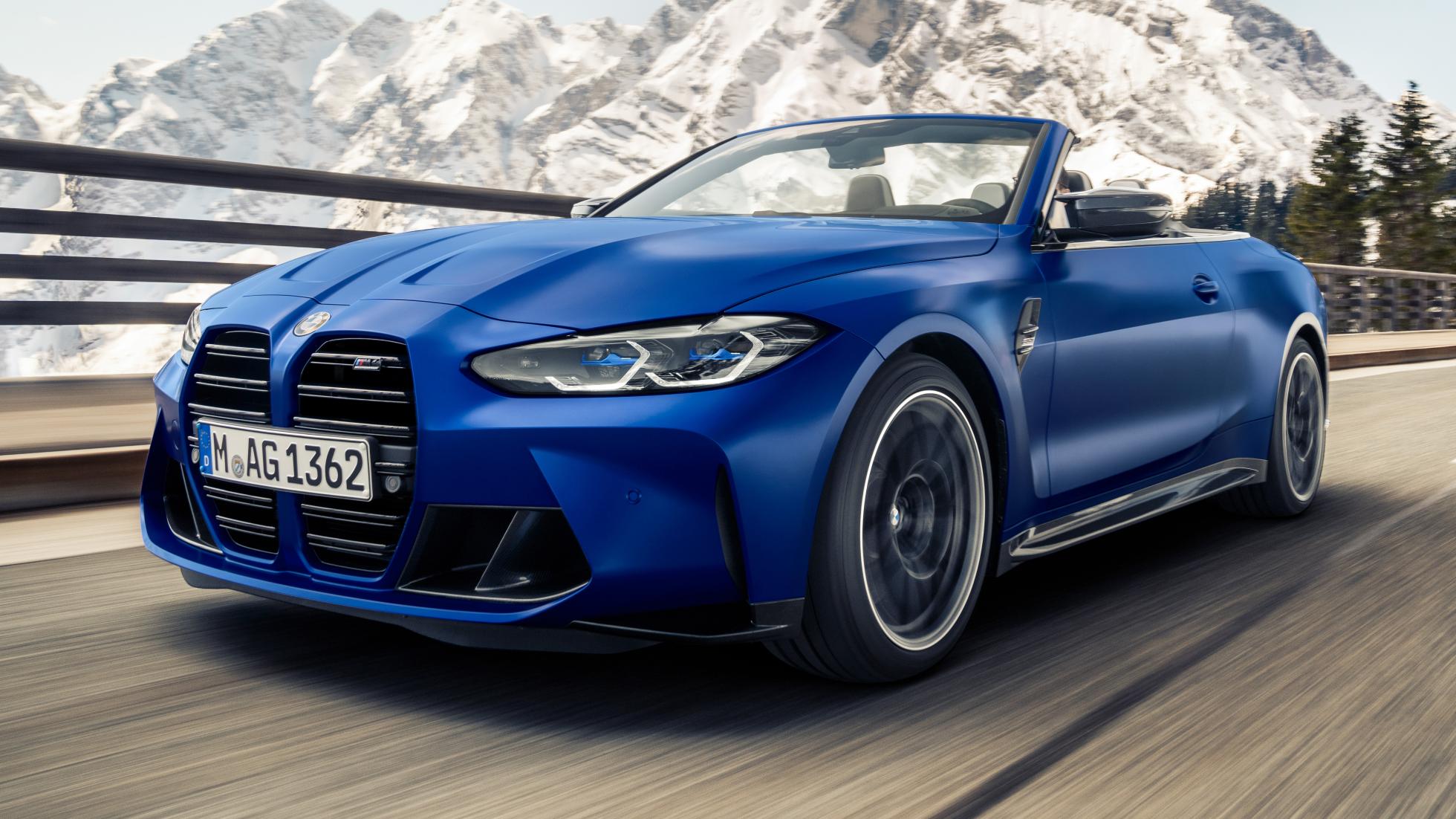 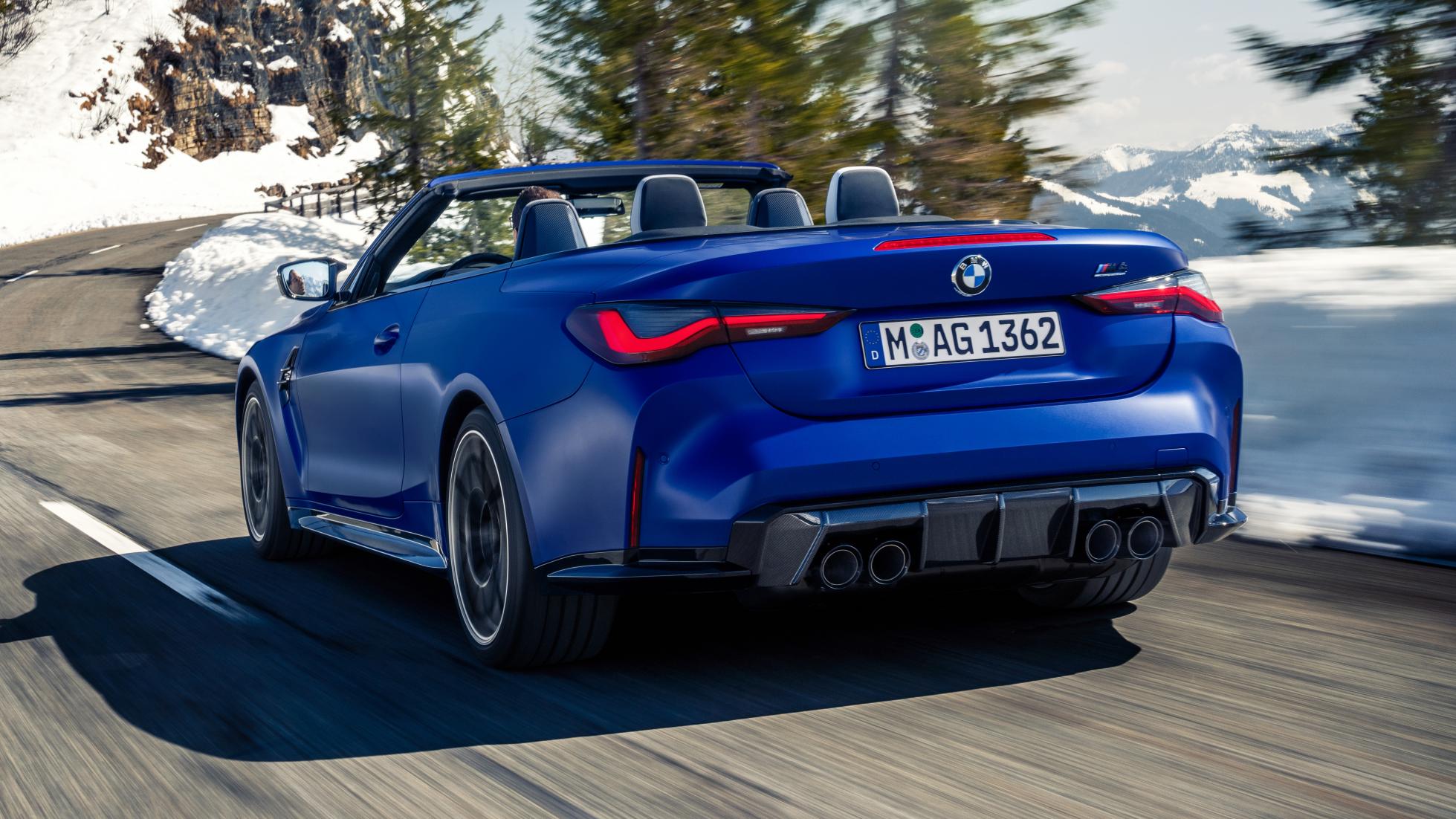 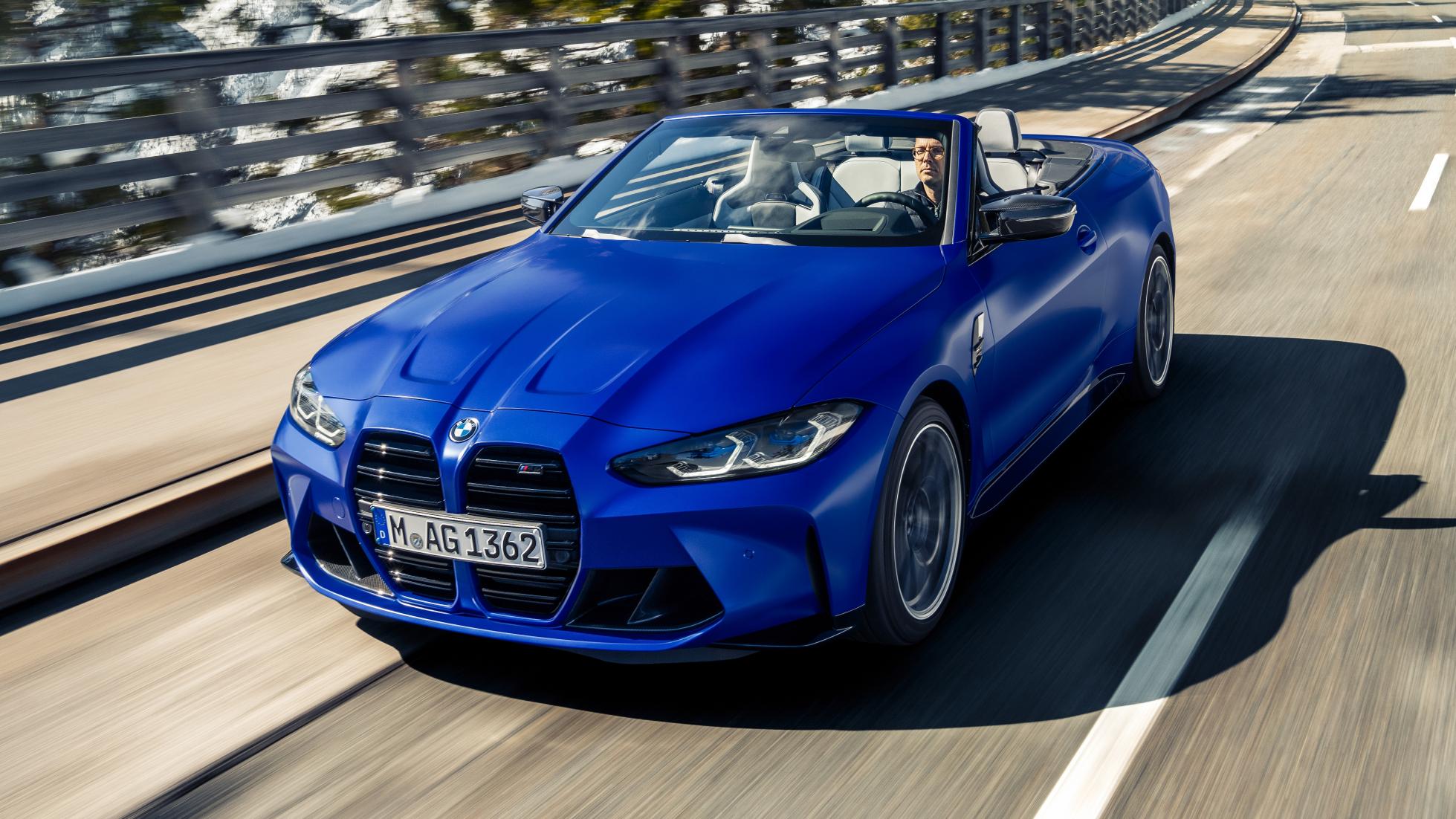 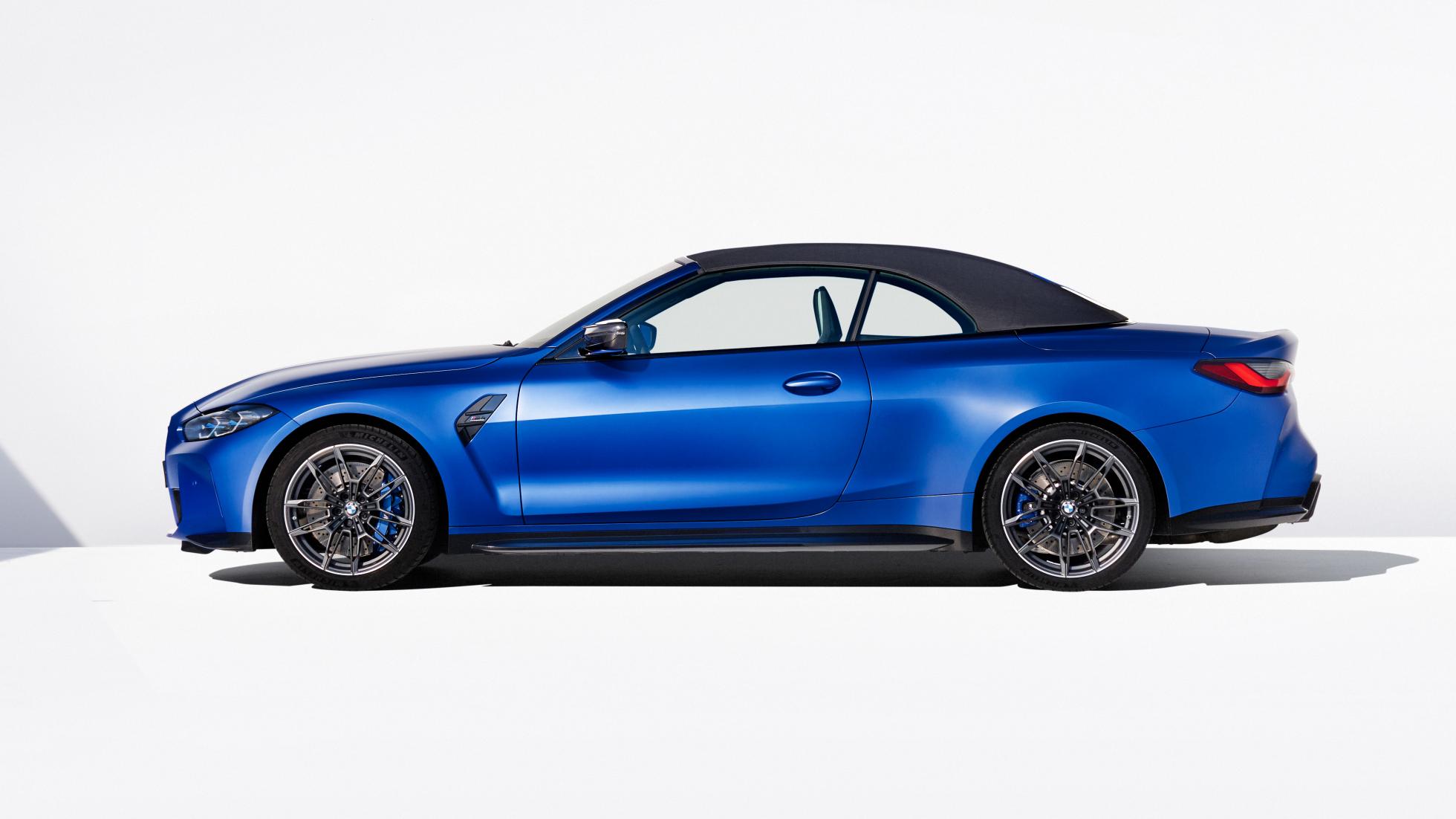 A perfect car for this rainy, royal throne of kings, then, this sceptered isle. We’ll start at the top.

The freshly lobotomised M4 Competition features what BMW calls a ‘panel bow’ soft top, said to combine rigidity with the appeal of a fabric roof.

It’s 40 per cent lighter than the metal roof on the last M4 cabrio, and can be opened and closed in just 18 seconds at speeds of up to 50km/h.

Said lobotomy has necessitated the deployment of the usual cabrio suspects: new underfloor bracing elements, an aluminium shear panel up front, and torsion struts at the back.

It gets the same four-wheel-drive setup optional on its M3 sedan and M4 coupe siblings, which means a rear-wheel bias, an active M diff, and the option of switching off the front axle to make it RWD.

It also gets the same 3.0-litre turbo straight-six, developing the same 510hp and 650Nm of torque, matched to an eight-speed automatic gearbox. 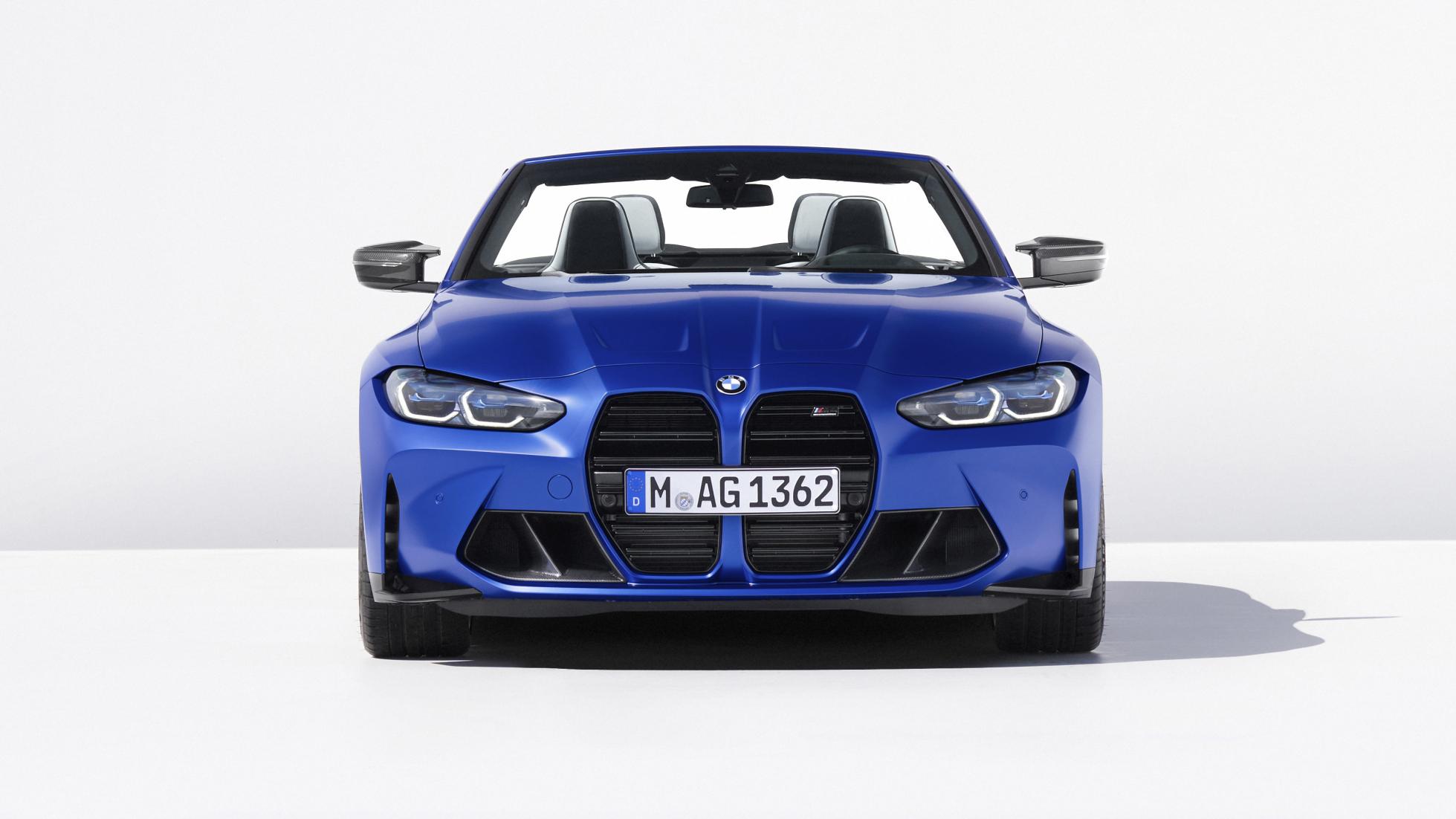 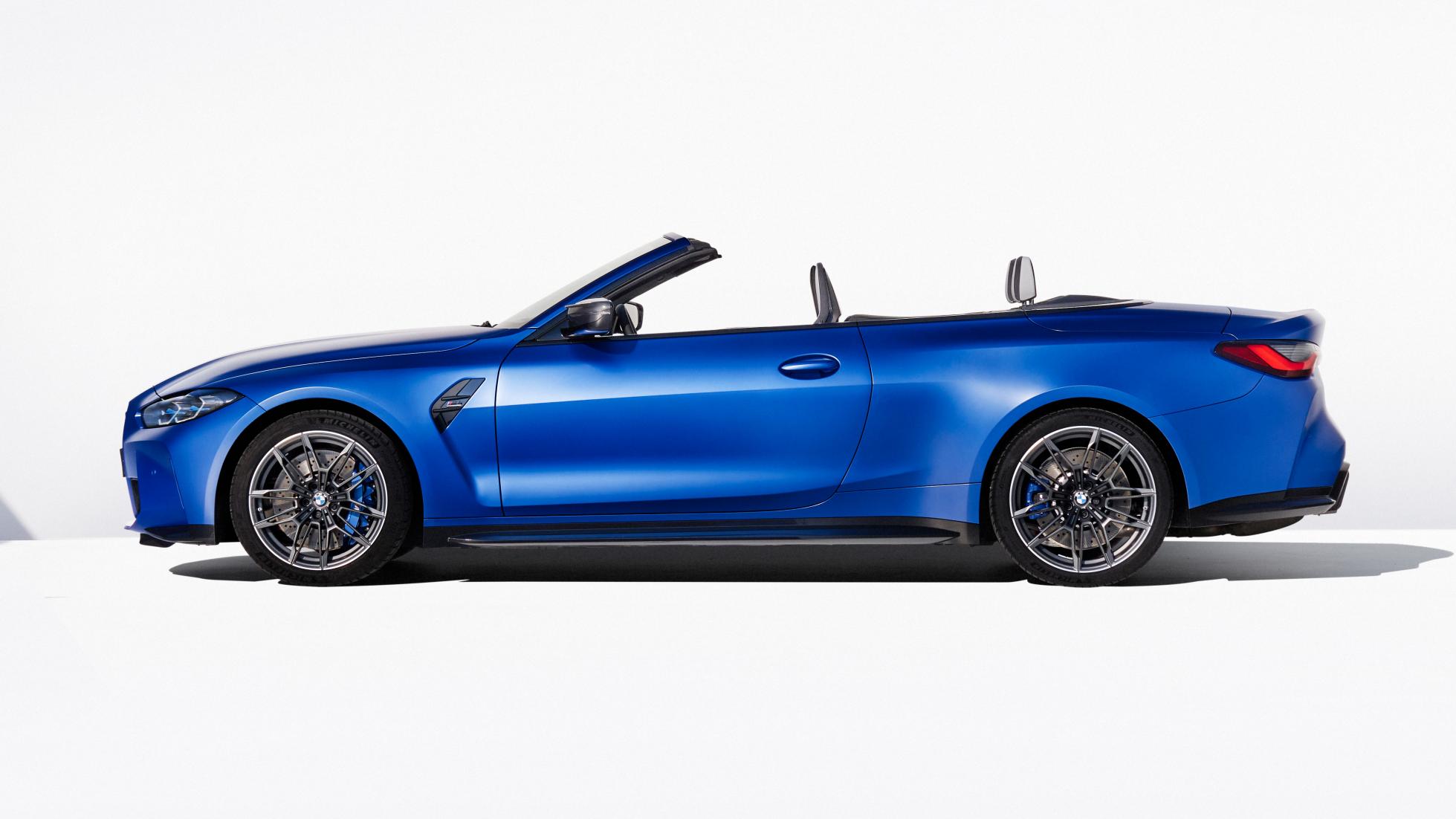 All this power and torque and traction fuse to deliver a 0-100km/h time of 3.7secs – just two tenths slower than the quoted times for the 4WD M3 and M4 coupe, and two tenths quicker than the RWD versions of both.

There are M carbon bucket seats inside – heated, too – lots of buttons to push, lots of leather, lots of red colour accents, much standard equipment and many, many options. BMW will start building them in July this year.

Does the M4 cabrio better fit this precious stone set in the silver sea, or is the M3 Touring the car everyone is really waiting for?