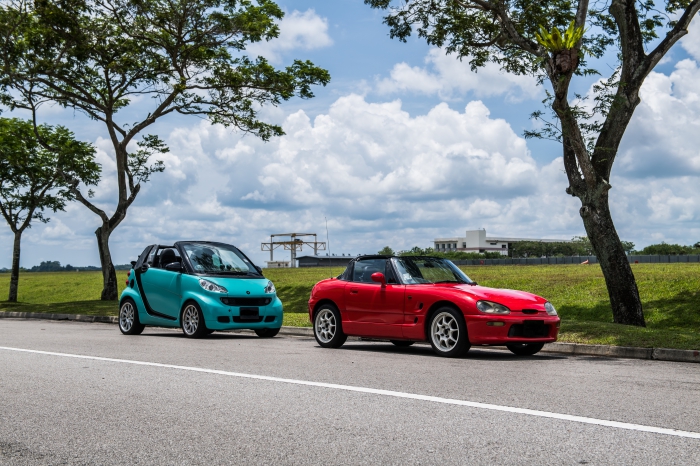 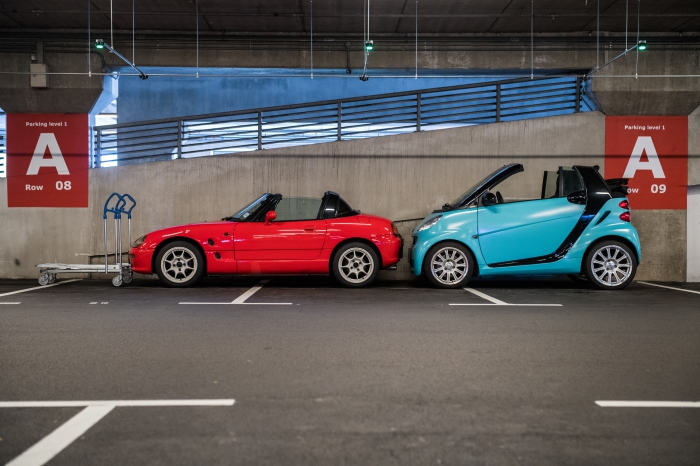 Singapore - If you ever mention you drive a small car and add that the engine displaces less than a Harley-Davidson’s, many may ask, “why bother?”

We spent a day with two automotive gnomes and came up with plenty of reasons to refute these naysayers and car snobs.

If anything, such fit-for-purpose city cars can be seen as an embodiment of true automotive enlightenment, especially given the multitude of overpowered supercars prowling the busy city streets today, mostly stuck in traffic. 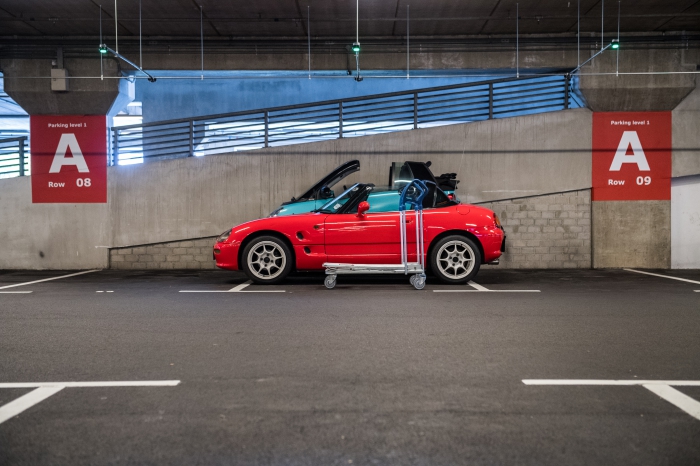 The kei-jidosha class of cars was introduced during the postwar era in Japan with the aim of allowing the average salaried worker to be able to afford their own transportation.

Besides the significant tax savings enjoyed by a kei-car, it also provides excellent mileage, cabin utility and certainly more smiles per miles in spite of its compact proportions (kei-cars had to fulfil certain engine and size requirements to be qualified as such).

Don’t belittle the tiny tykes, because these small cars take up a rather large ‘niche’ of Japan’s car population, with an estimated 40 per cent of this total as of January 2017.

Forced induction, all-wheel drive and automatic doors have already made it to the kei-car’s standard specifications.

What better way of being environmentally friendly than to reduce your carbon footprint by reducing your car’s physical footprint?

I had the pleasure of owning a Wagon R not too long ago, and it’s hard to describe how complete a package such a vehicle is until you’ve lived with one. 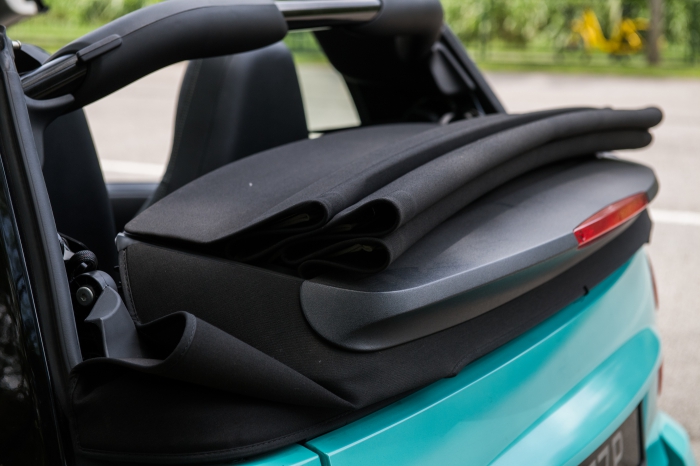 For those who like the wind-in-hair driving experience, kei roadsters are just as fun to drive and attract as many glances as an Italian drop-top. 50-50 weight distribution, rear-wheel drive, hardtop convertible – sound like the latest MX-5 yet?

Not quite, and I have to admit the Suzuki Cappuccino wasn’t the first kei sportscar I expected to drive.

As luck would have it, this task of writing about small city cars came about over cappuccino during a kopi session... 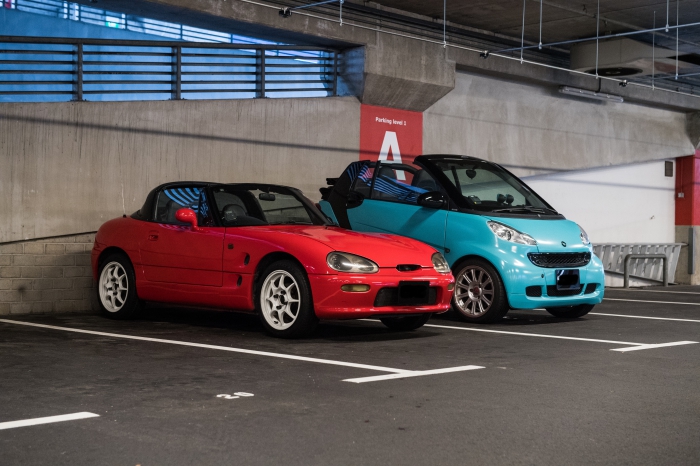 We’re not going to focus solely on the kei-car peculiarities of the Japanese market, but also look towards Europe’s fashionable interpretation of the city-car, the Smart ForTwo.

Derived from the partnership between Swatch and Daimler, Smart was designed to fill the segment for small and stylish city cars.

The ForTwo, as the name implies, takes two adults comfortably. Bear in mind it is not strictly a ‘kei’ car by Japanese standards – there’s actually a Smart K, if you’re wondering, which was designed to fulfil the Japanese kei-car standards. 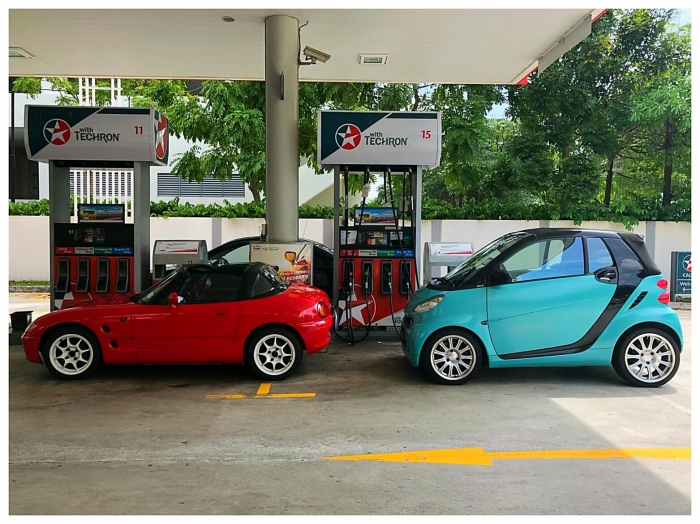 Unfortunately, Singapore doesn’t provide any ‘kei’ incentives for such compact city-cars, which is some irony considering Singapore is a big city at heart – ideal stomping ground for such cars to begin with.

With NEA’s recent culling of ‘old’ motorcycles, having a small, practical and efficient car should fall in line with its mandate to reduce pollution.

The pair started on pretty much the first crank, albeit requiring a jump since they’d been sitting there for a year, which gives testament to how light and simple these three-cylinder engines are.

Like two pen pals who have decided to meet for a Balearic vacation, the Cappuccino and the Smart Fortwo Cabriolet were set for their topless shoot. 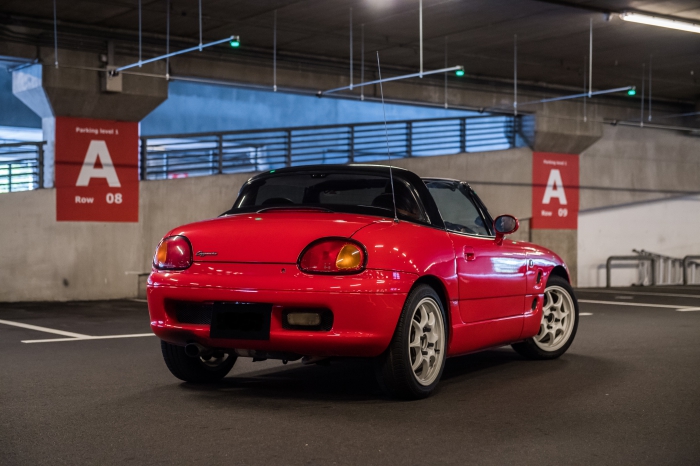 Post-hipster era, Suzuki should have named its pocket rocket the ‘Piccolo’. You’d be hard pressed to even be able to find the car once you’ve stepped out of it, but it was able to fit my endomorph frame comfortably with room left for seat adjustment.

The removable hardtop came as a surprise and taking the top off isn’t too cumbersome as the three panels fit perfectly into the boot. The targa hoop, including its rear glass folds down nicely into its rear. 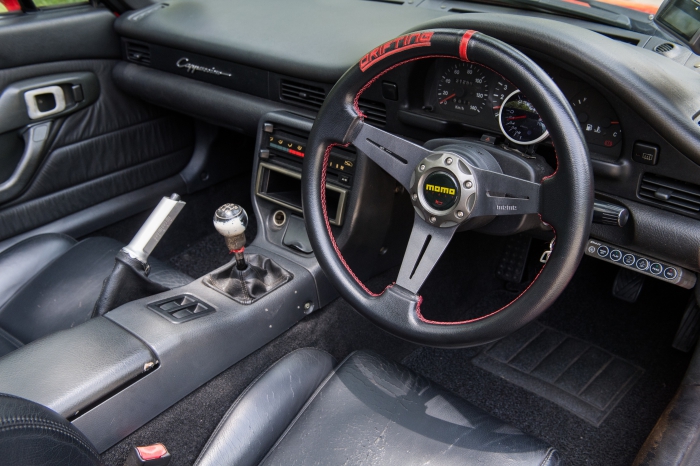 The interior isn’t as spartan as you would expect. Power windows, a glove box, armrest storage and a cubby hole behind the seats. This unit doesn’t have a radio, but I was having so much fun I never really noticed it wasn’t there. 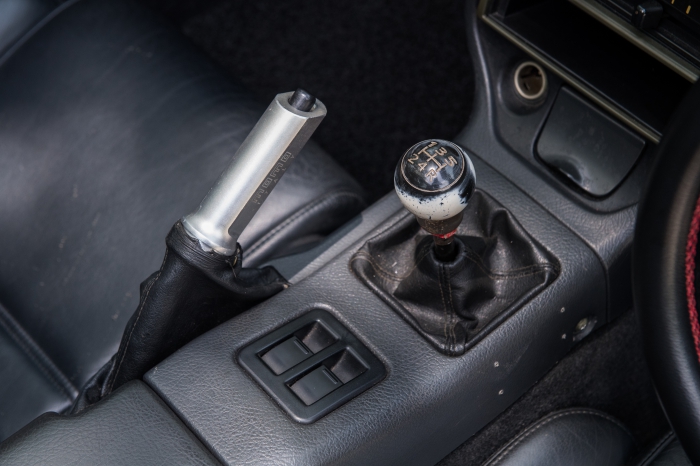 It feels every bit like a downsized MX-5, but not to a point of being uncomfortable, unlike some sportscars that require you to adopt the lotus position. Visibility is excellent, and the side mirrors are so cute, it made me chuckle. 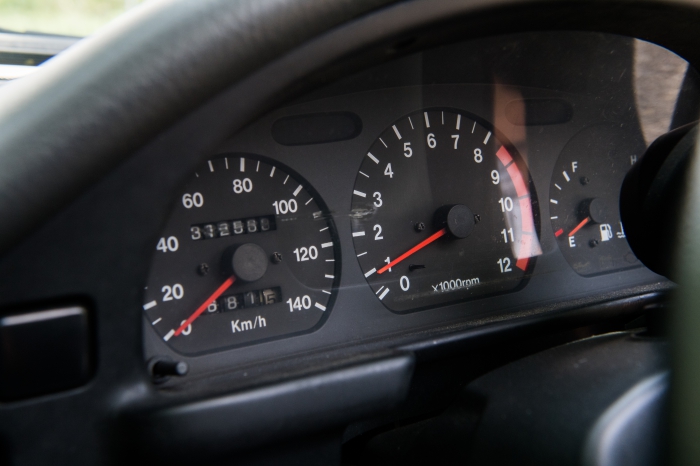 Already a formidable foe in an episode of Initial D, this car comes fitted with a heavy-duty clutch and LSD, and should give some inkling it’s going to be a spirited drive.

The lack of power steering isn’t noticeable on its 725kg frame, and manoeuvring the Suzuki around is a doddle. With the red line at 8500rpm, I was ready to give it the beans when we were on the viaduct. True to its anime-like persona, the vocal blow-off valve adds to the full motoring experience. The revs rise easily and gear-shifts, surprisingly precise.

Who would have thought a 657cc, 63bhp machine could be so much fun? 0-100? The answer is “Yes, it’ll do that”. It is by no means slow but once you are behind wheel, the exuberance of the car just takes over your senses so outright speed is never a concern.

I quickly lost sight of the ForTwo, and despite shifting gears at peak rpm, I was still well under the speed limit. The Smart ForTwo cabriolet might have similar traits to the Cappuccino but that doesn’t doesn’t make it a “kopi cat”.

The car boasts standout looks and is quirky, yet has all the creature comforts of a regular car. There is very little compromise to cabin space as head and leg room is abundant. Significantly taller than the Cappuccino, the Smart’s wheelbase is even shorter than a kei car’s.

They’re so lightweight we were literally pushing the cars into place during the shoot. The start sequence, with the ignition in the centre console a la Saab, sets you up for an uplifting driving experience. Dials are clear and well within eye level and you can’t help but think happy thoughts with the coloured-coded interior panels. The semi-automatic transmission doesn’t take long to get used to, with the paddle shifters inviting driver involvement, just like the Cappuccino. The ‘bump’ you get while changing gears is well-documented but not intrusive; shifts at 4500rpm seem to result in more seamless gear changes.

I wasn’t complaining, but expected a city-car to require less driver input to drive, and it was only later that we discovered a full auto mode for the transmission.

We clearly weren’t as smart as we thought we were! With 69bhp, it churns out a few more ponies than the Cappuccino but the Smart is 130kg heavier.

Still a nippy town runner in its own right, the Smart on 17-inch wheels elicits reactions from roadusers.

Love it or hate it, you can’t help but want to find out who’s behind the wheel. Both cars score high on our fun-O-meter, especially since road presence doesn’t follow size but style, and that’s something our pair possess in spades.

Clearly, these cars require more heart than head to want one (or both!), despite their being perfect commuting companions in any congested city.

As we take a break from the constant one-upmanship of Nürburgring timing figures, the true focus should be on the spontaneity and fun we derive from cars, and this duo is certainly o-kei in our books.