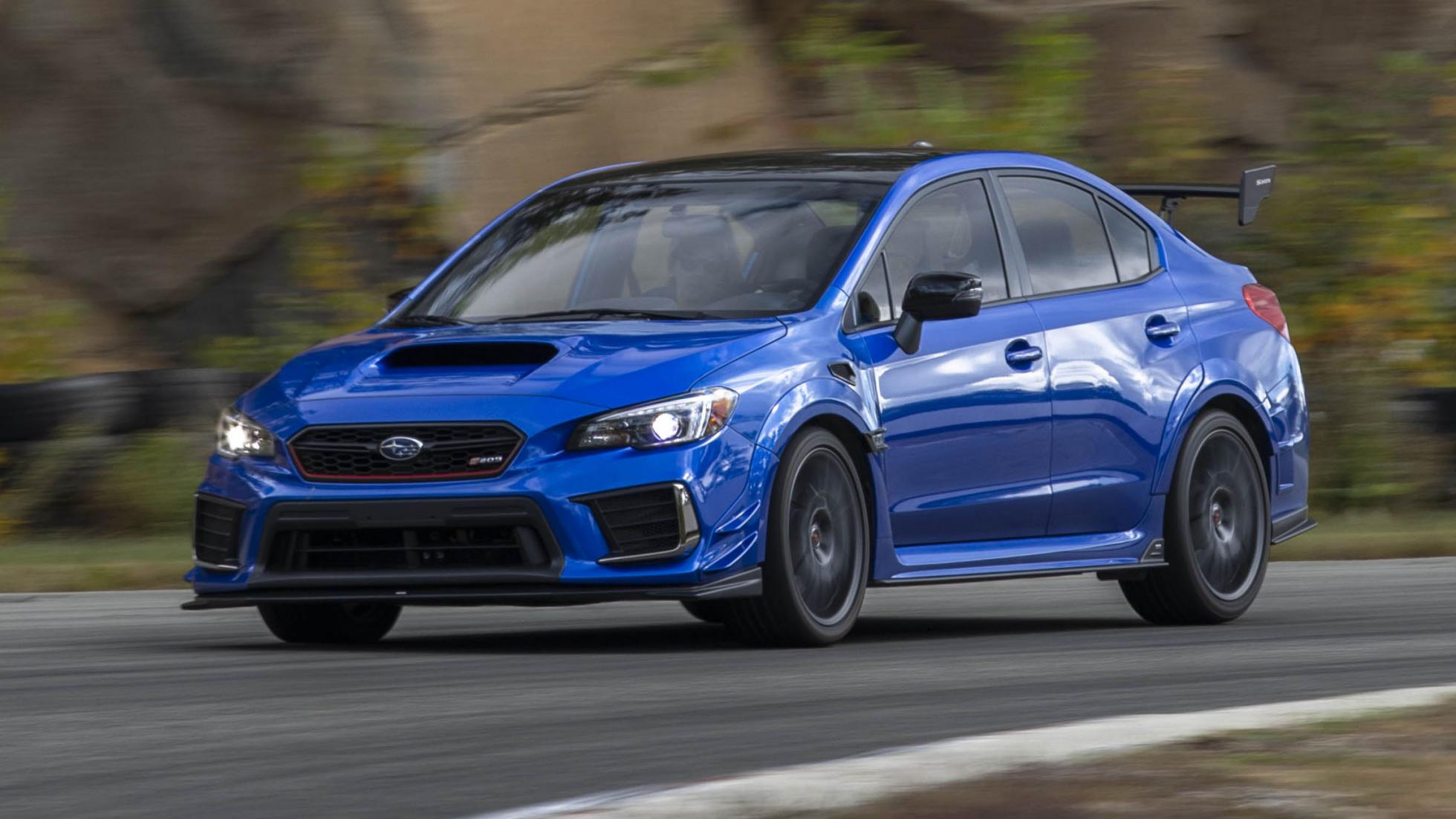 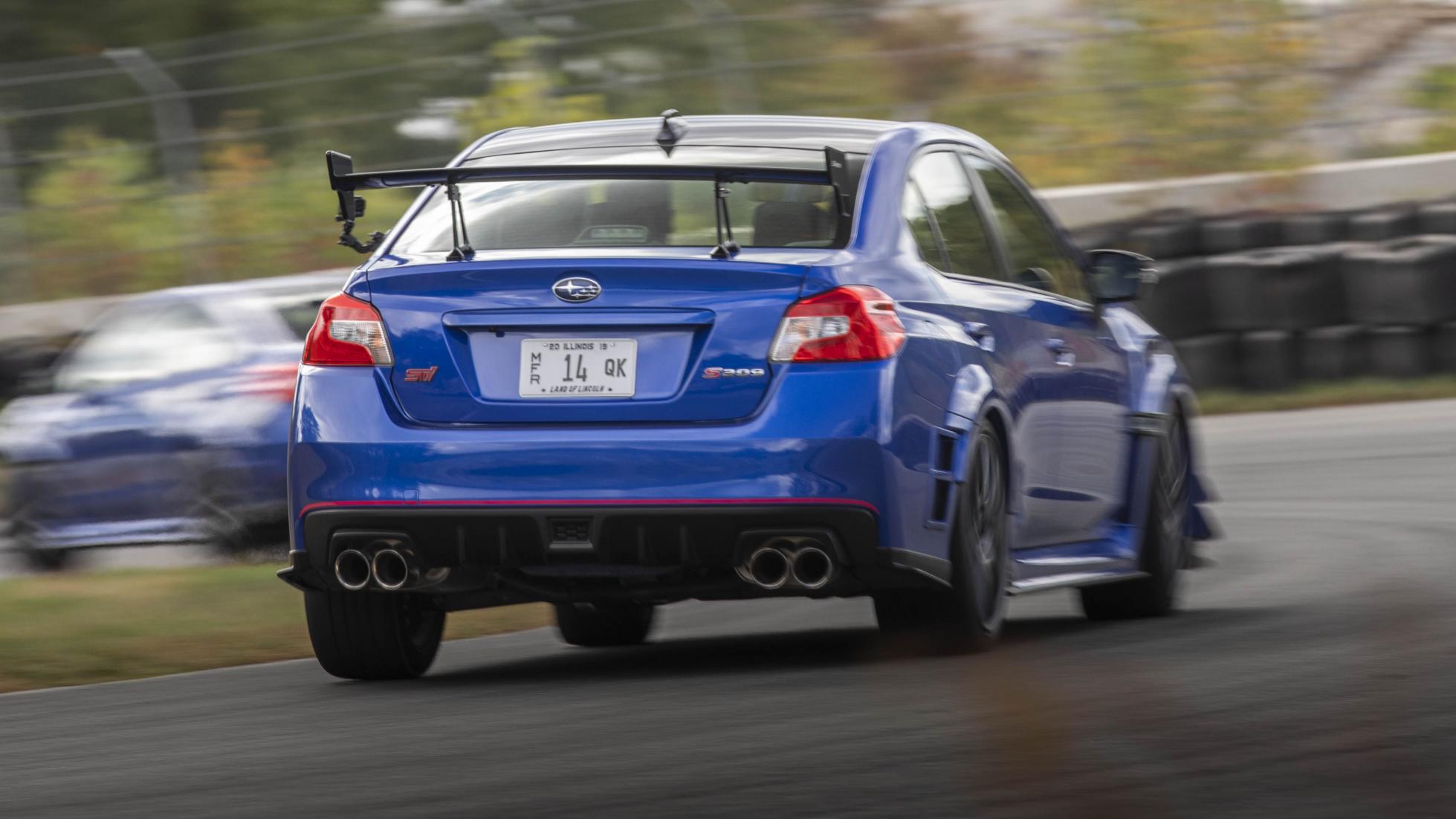 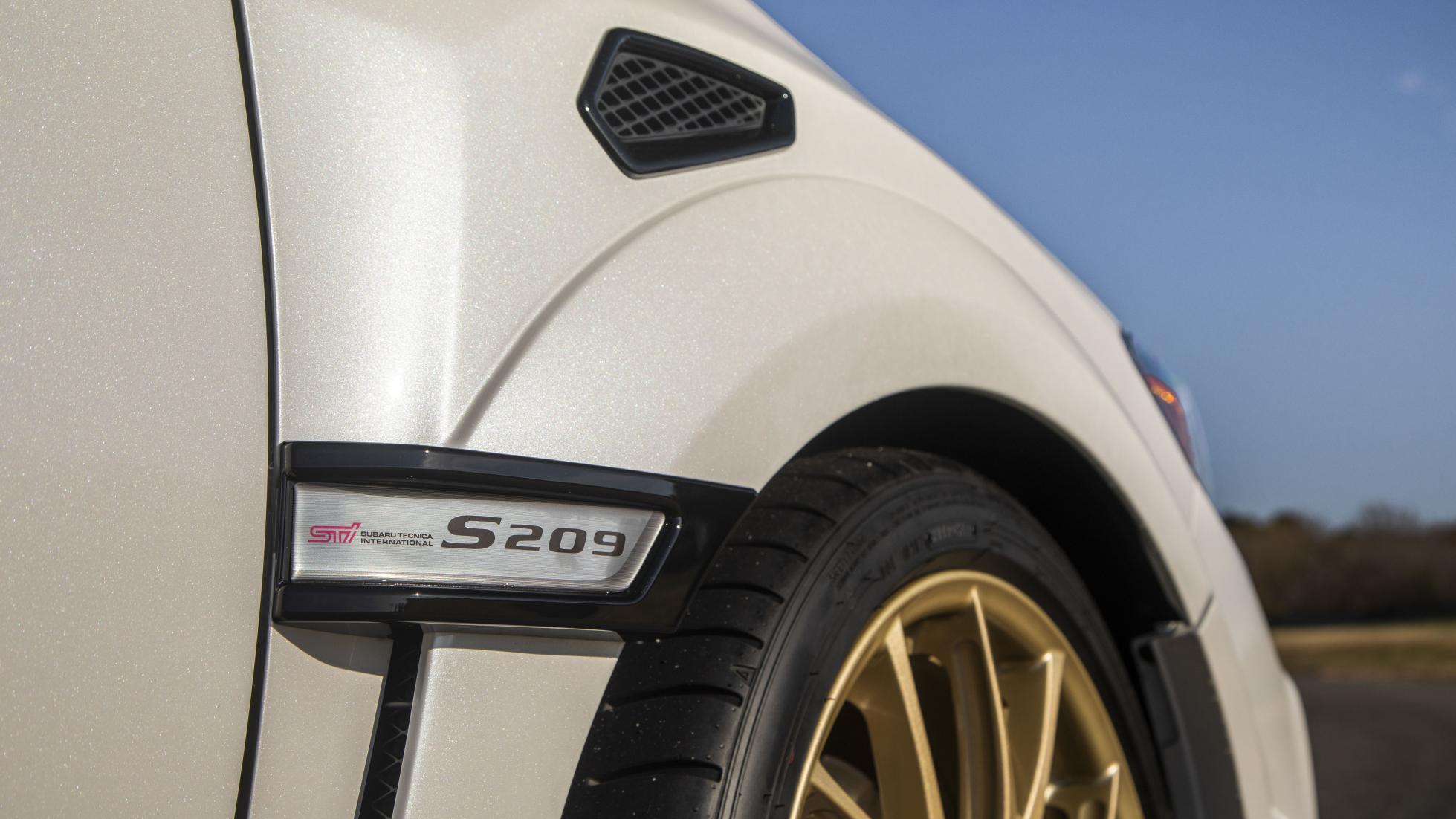 To the casual observer, this S209 will look pretty much like every other recent Subaru WRX STI. The name and wing might hint that this is something a bit more special. On the flip side WRX STI fans need no explanation whatsoever. They are getting light-headed at the very fact this car exists at all. This is the water-spray cooled, carbon-roofed, be-winged messiah of their dreams.

What is STI again?

STI - Subaru Tecnica International - is the standalone unit of Subaru responsible for turning the boring but good Subaru models into something altogether more interesting. Think of AMG or M Sport before Mercedes and BMW brought them in house.

A unit of just 120 die-hard tuners, drivers and engineers hell-bent on making their cars go harder and faster for longer on road, rally stage or track. 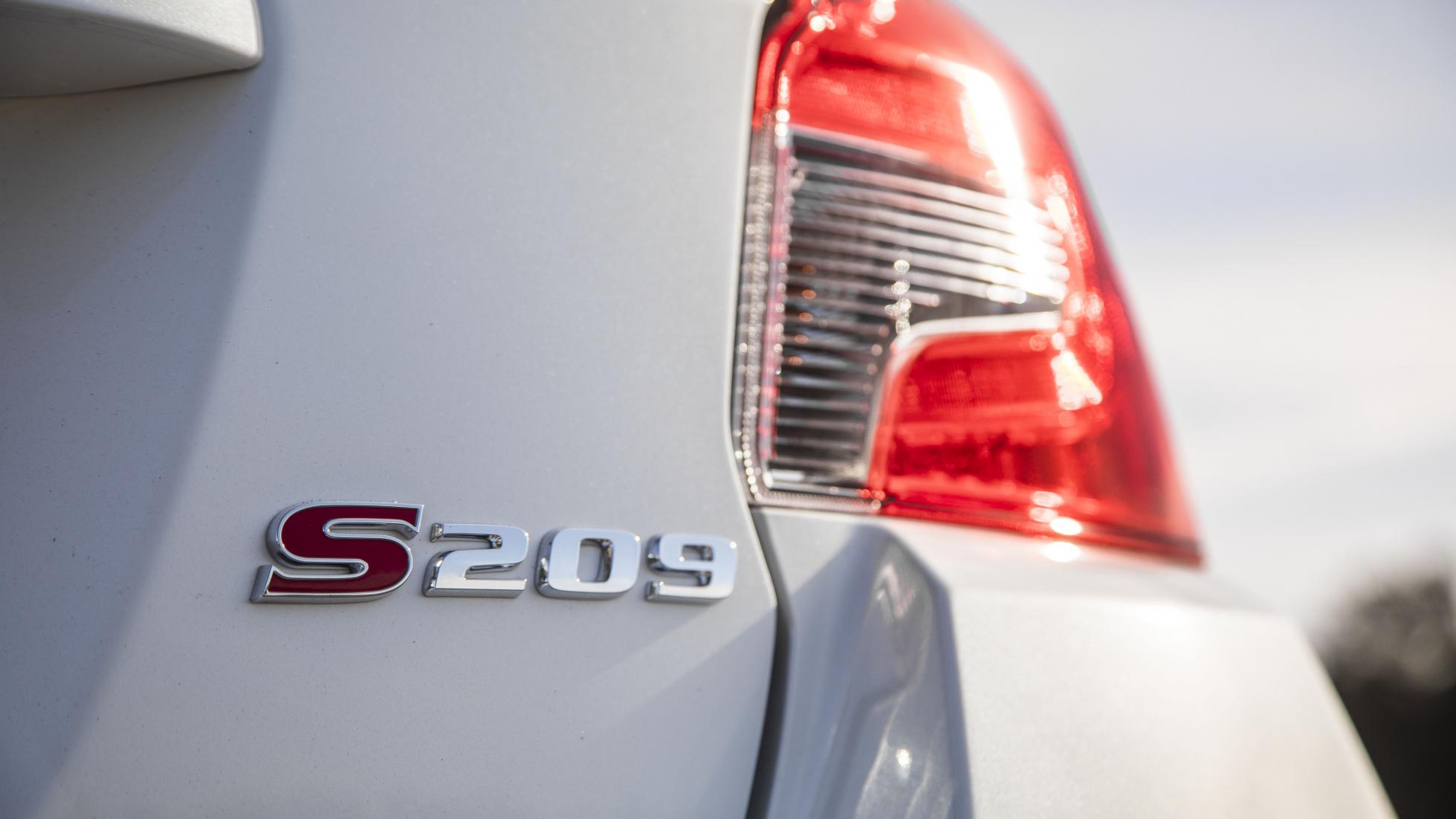 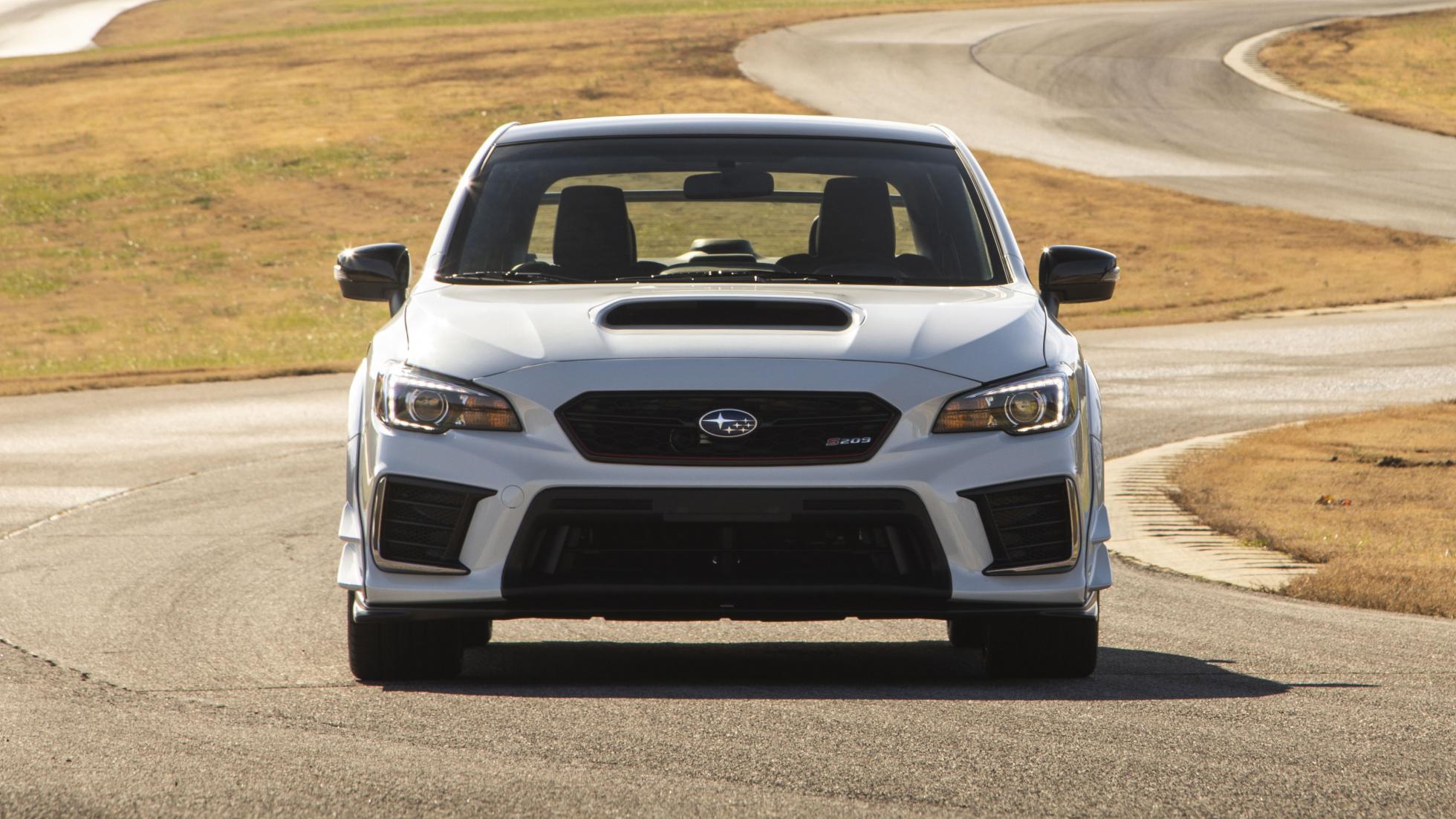 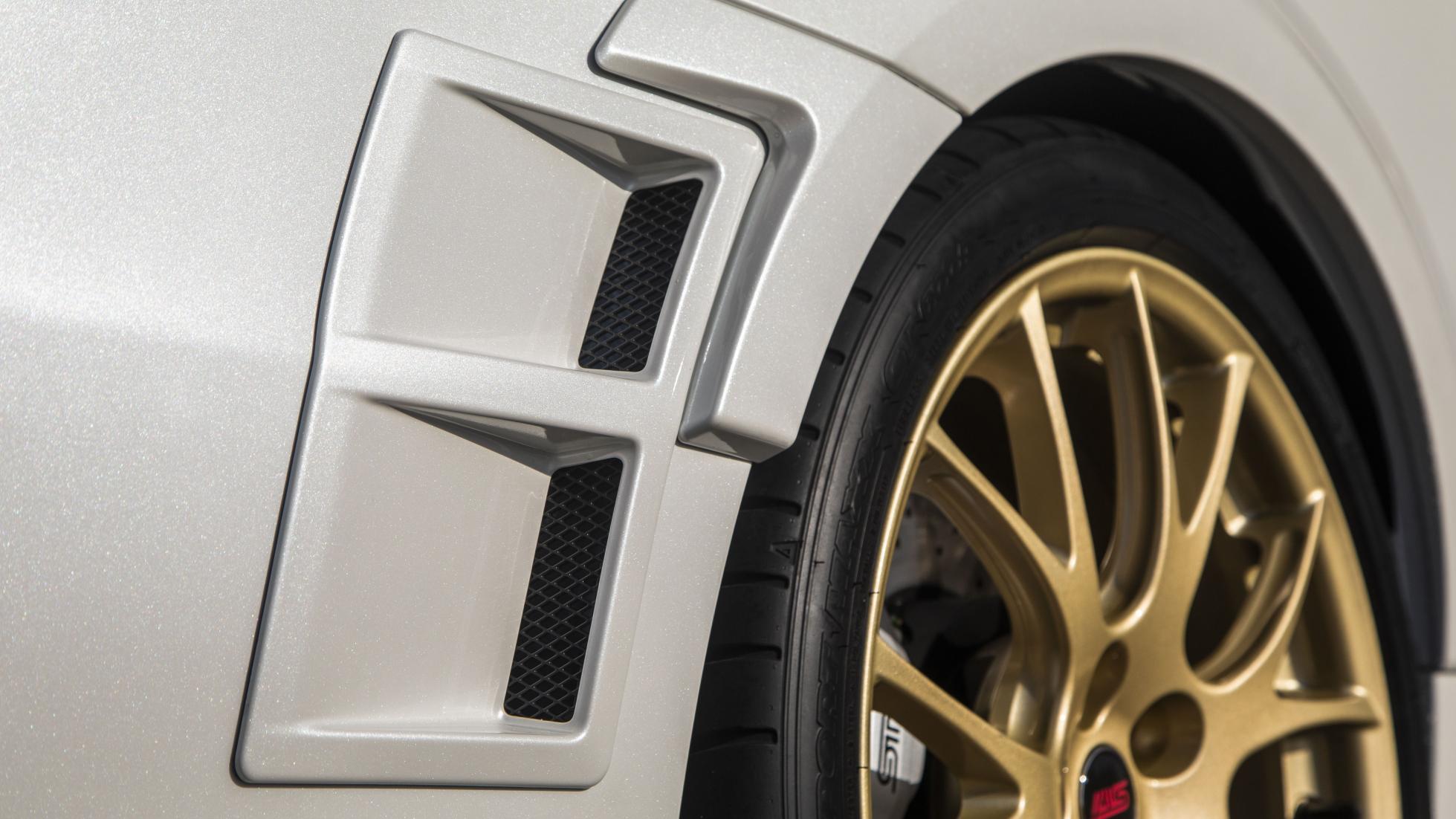 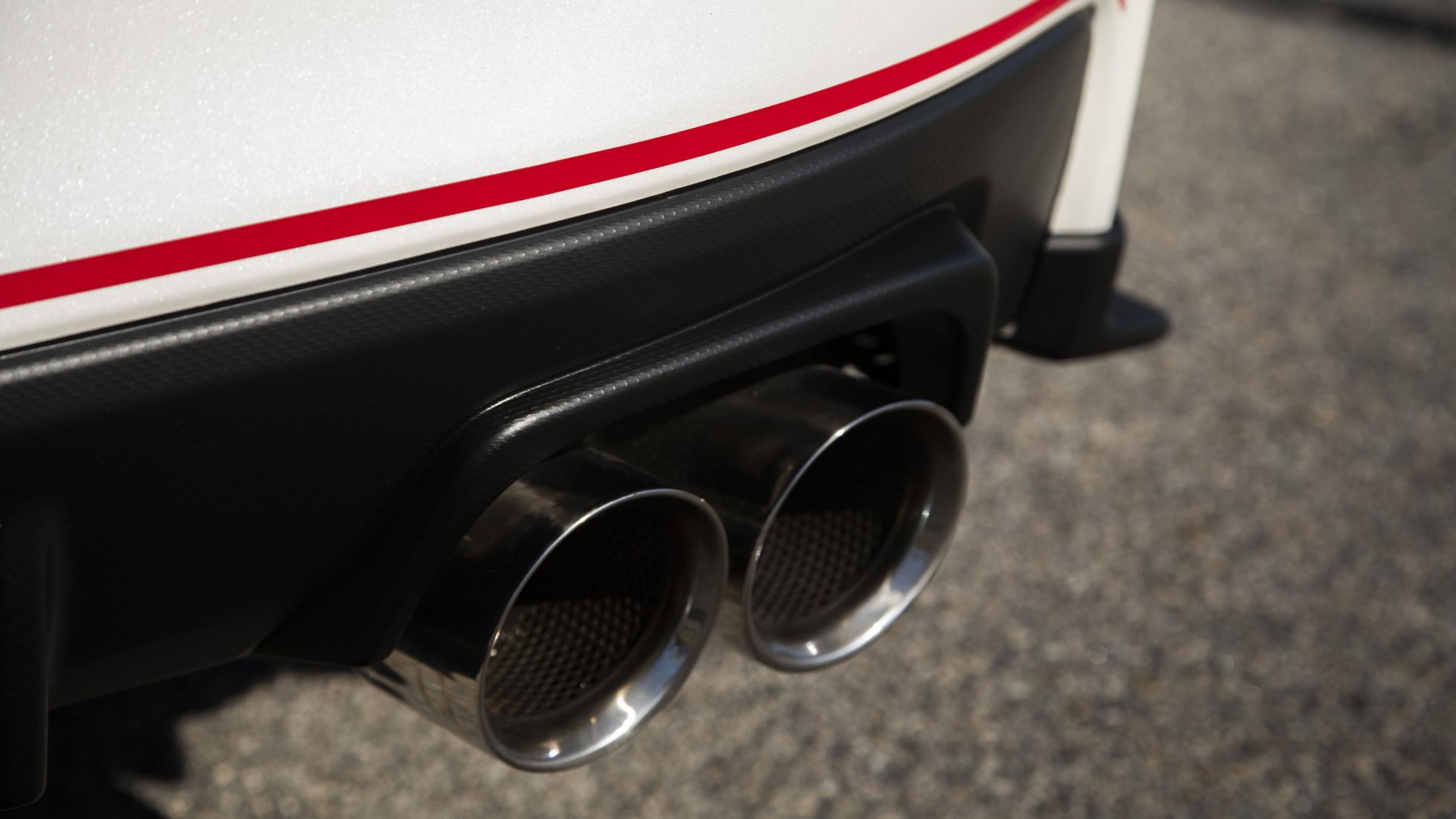 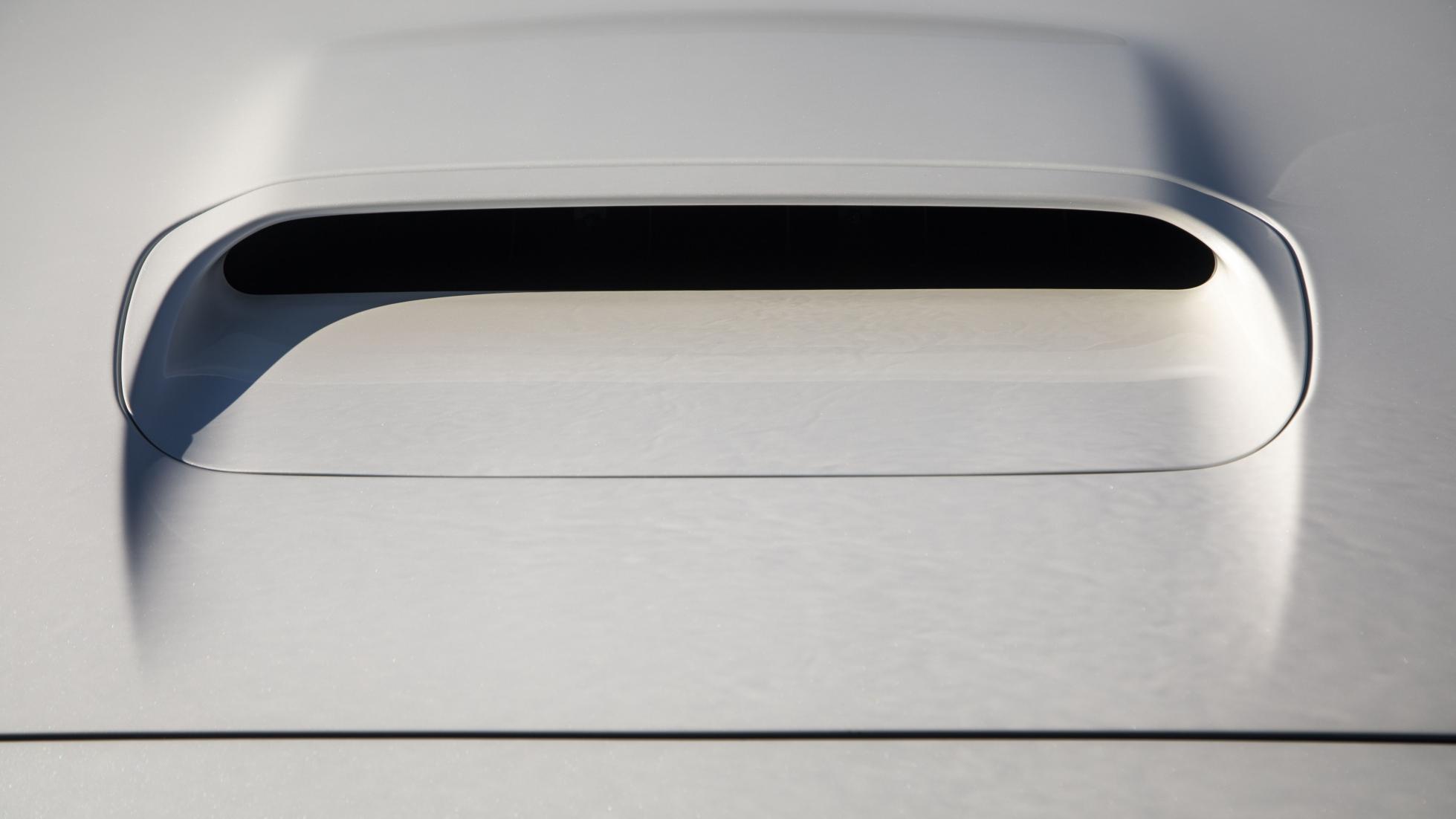 But I’ve seen loads of STI-badged Subarus. What’s the big deal about this one?

They have made just 10 S models - including the S209 - since they first had the idea in 2000. Sitting at the very top of STI’s collective capabilities, they have all been Japan-only models rarely, if ever, seen abroad. But the S209 changes all that.

For the first time, the 209-unit production run of the S209 is going to be available only in the US market, the company’s largest. Cue much gnashing of teeth in Japan - and major rally-jacketed celebrations in the US.

Is it really that special?

Oh yes. Let’s start with the engine which is a version of the 2.5-litre EJ25 series. This is not standard in almost any way. We’ll leave the exact details for the full test as they’d take up the rest of this website to list in full, but a couple of key specs are a suitably enlarged HKS turbo pushing 18.9 PSI of boost (we saw over 20 PSI on the track) and a super-trick paddle-operated intercooler water spray system. Total output is 341bhp @ 6400rpm and 447Nm at 3600rpm. 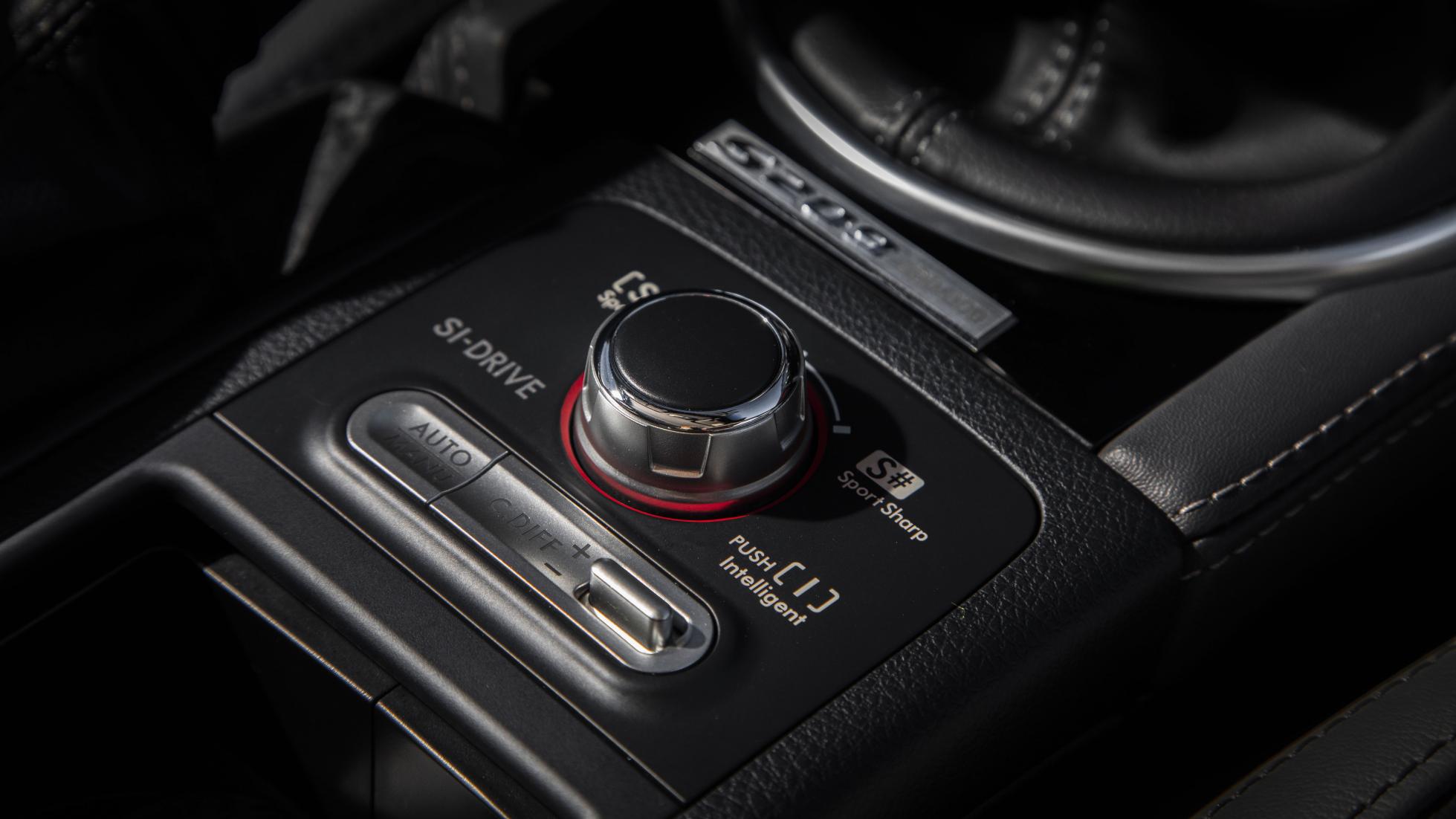 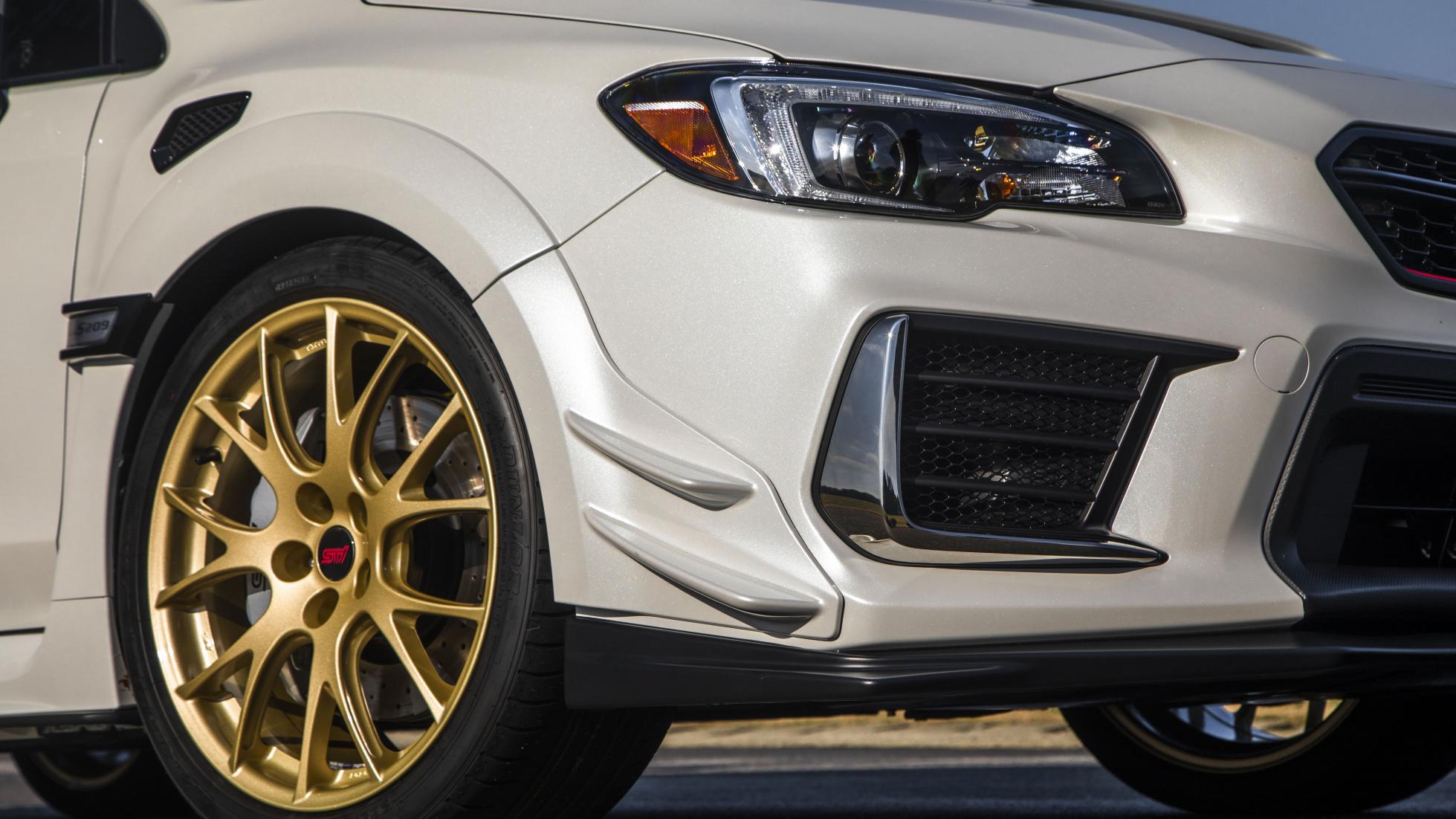 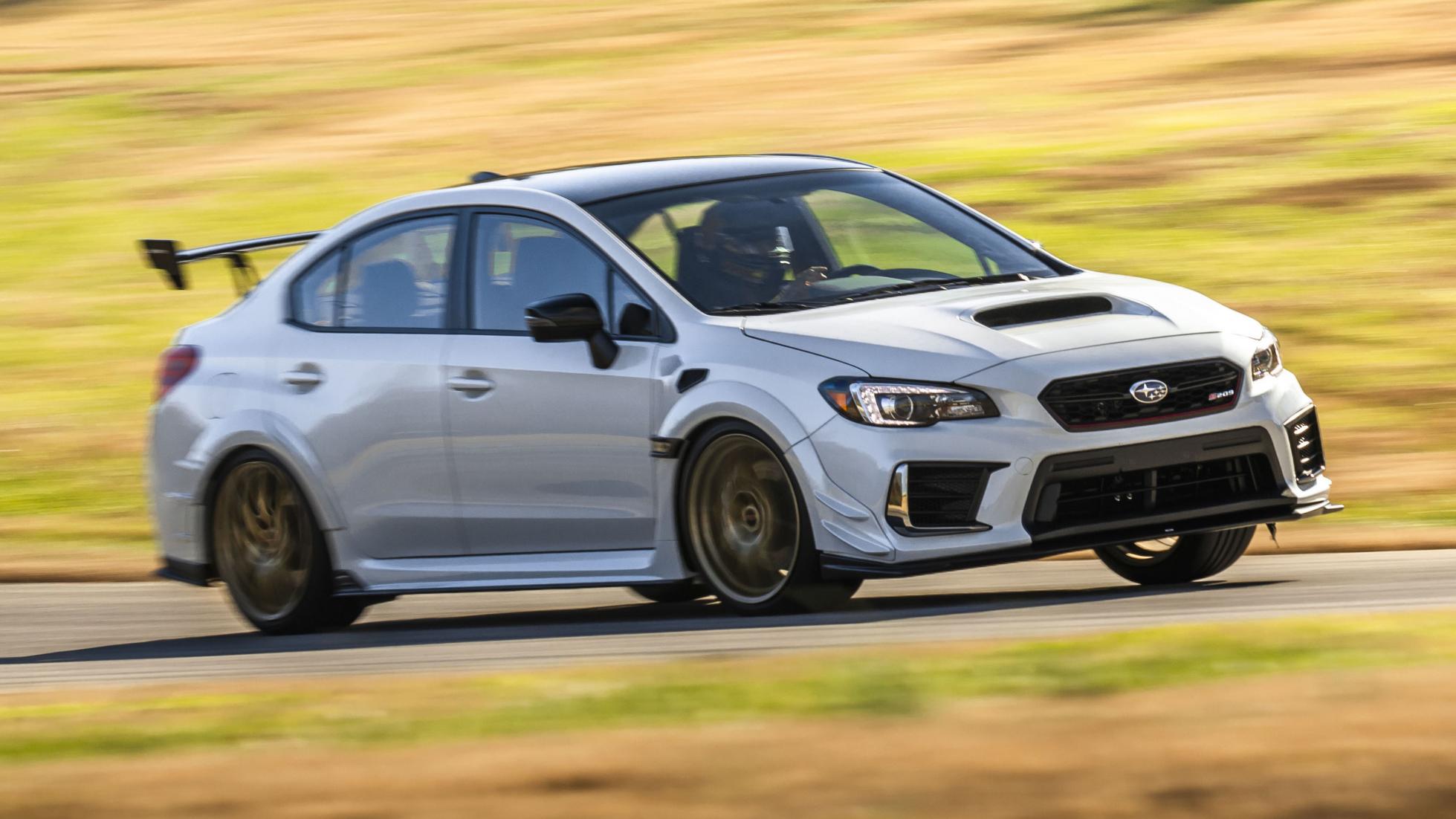 What about the rest of the drivetrain?

That’s been breathed on extensively, too. While the crazily tunable all-wheel drive system features, among other things, six driver-selectable differential locking settings, all the other associated stability and traction control systems have been tuned to let you eek the very most from the car. The S209 is not a car you get in and turn off all the electric nannies. Letting them all do their thing is very much part of the ‘is this a video or reality?’ experience.

I’ll bet the chassis has some tricks up its sleeve, too.

Right again. In many ways, these might be some of the most impressive upgrades on the whole car. The inverted Bilstein dampers on the front are tuned sublimely, allowing you to eat a curb when required yet mop up small ripples, all while mainlining information from the astonishingly grippy - and very special - Dunlop SP Sport Maxx GT600A tyres on trademark 19-inch BBS wheels to the driver via the perfectly weighted hydraulic steering.

The S209’s reactions are further enhanced by flexible strut braces and draw stiffeners. These might be foreign language to non-STI disciples. The former is like a normal strut cross brace, just with a pillow ball joint in the middle. This allows the suspension to react to vertical load while maintaining lateral stiffness. The latter helps prevent chassis flexing by tying the body and crossmember together.

OK, I’m getting the idea. Any other special one-off bits I should know about?

There’s the carbonfibre roof and adjustable rear wing for starters. Front and side negative-lift underspoilers. Plus dive planes and air vents to further compress the car into the road and siphon away heat from the drivetrain. There are a million other details, too. But the key one is the thousands of hours the STI crew have put into tuning the whole car to make all the systems talk to and reinforce each otter. Sublime. For a WRX STI…

Just opening the door and getting into the driver’s seat the car feels taut, perfectly damped. There’s zero sag, none of the usual tiny lateral movements as you get settled behind the wheel. It stays that way as you move away and even as you pick up speed, snicking through the short-throw 6spd box. The steering feel is excellent. The S209 has a hydraulic system, unlike the regular WRX STI’s EPAS set up, and it’s a big improvement.

The engine initially sounds and feels like a standard EJ25 motor - until you get into the throttle properly. Above 3,000rpm the bigger turbo spools up and, just where you always wish there was a bit more power in the standard car, the S209 serves up an extra fist of thrust. Keep your foot in, slip through a few gears and you’re soon surfing down the road flicking it into bends and reveling in the grip and go.

The surprising bit is just how calm and collected the cabin feels even at three-figure speeds. If there’s a better, more forgiving car to learn a track in, I haven’t driven it yet. We were given two quick sighting laps of a completely unfamiliar knot of Tarmac called Palmer Motorsports Park, then let loose.

The grip, poise and adjustability using both wheel and pedals is next level. Barrel into a corner, brake as late as you like then bury the throttle and marvel as the compliant but rock-steady cyber chassis helps you ricochet off to the next curve. You have so much time to think and adjust your line, you forget you are in a small four-door sedan.

The only disappointment - and it’s a small one - is that when you use the column-mounted intercooler water spray paddles, there is no sound or light which confirms that you are using them. On a car as video-generation friendly as this, that seems like an obvious omission. Should I buy one?

Silly question if you are a WRX STI fan. You can tune your standard car all you like but you’ll never make it stop, go and handle like the S209. It is almost absurdly rounded and neutral in the way the engine and chassis combine to make such an explosive package. It’s so good that even if you are not an WRX STI fan you should still consider it. It serves up such a uniquely interesting and absorbing experience, anyone who enjoys driving will love it.

But you will have to be spectacularly quick on the draw to get one. Even with the price still to be revealed, with only 209 cars available they are sure to disappear from dealers the moment they are delivered. Actually, make that 208 cars - I might just join the waiting list, too. We might only be able to afford a cinema ticket, but we still desperately want a movie car Yes, you absolutely do need to buy this Subaru Forester STI

Looking for a bonkers-quick, 4WD family bus with a groovy boxer beat? Look no further