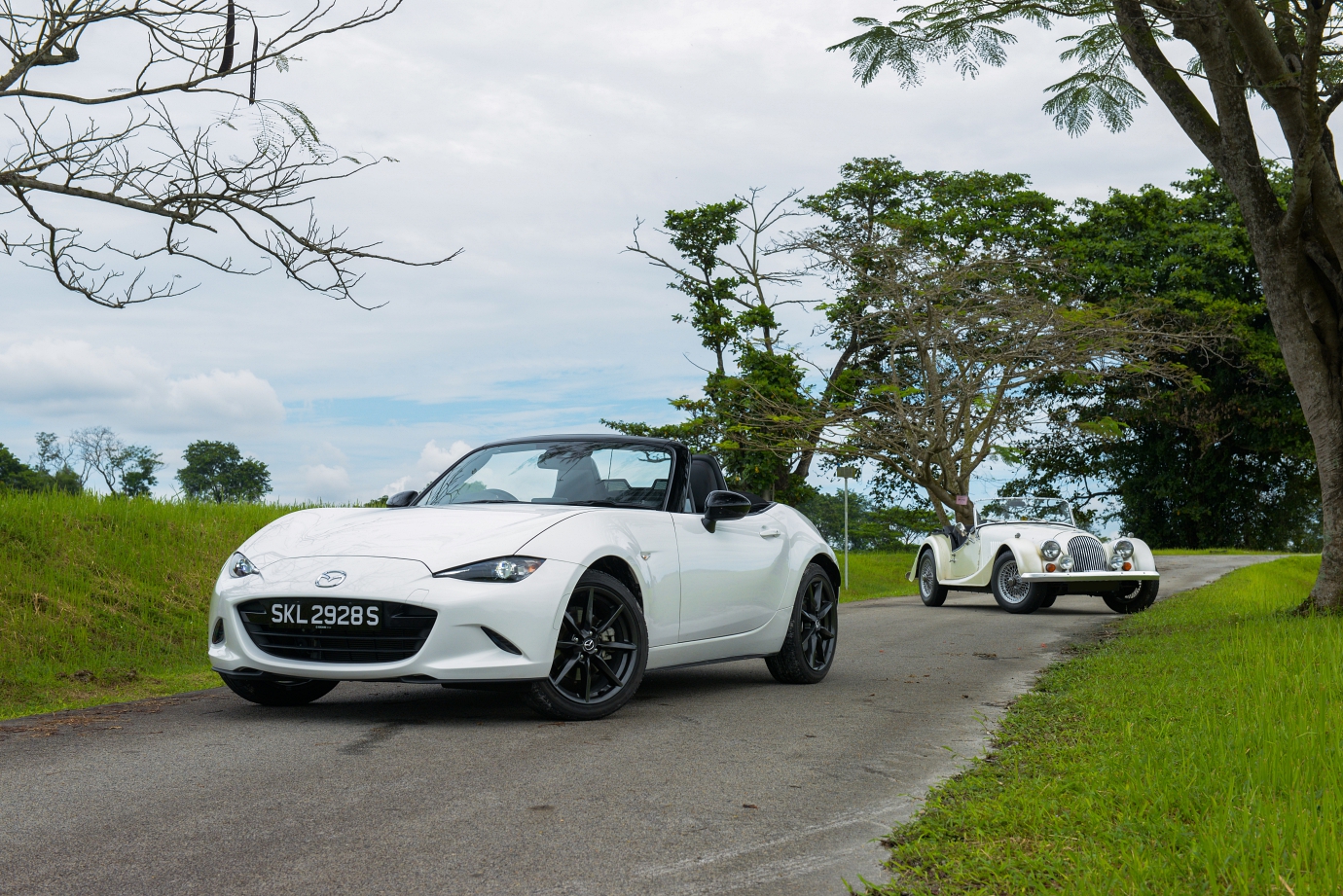 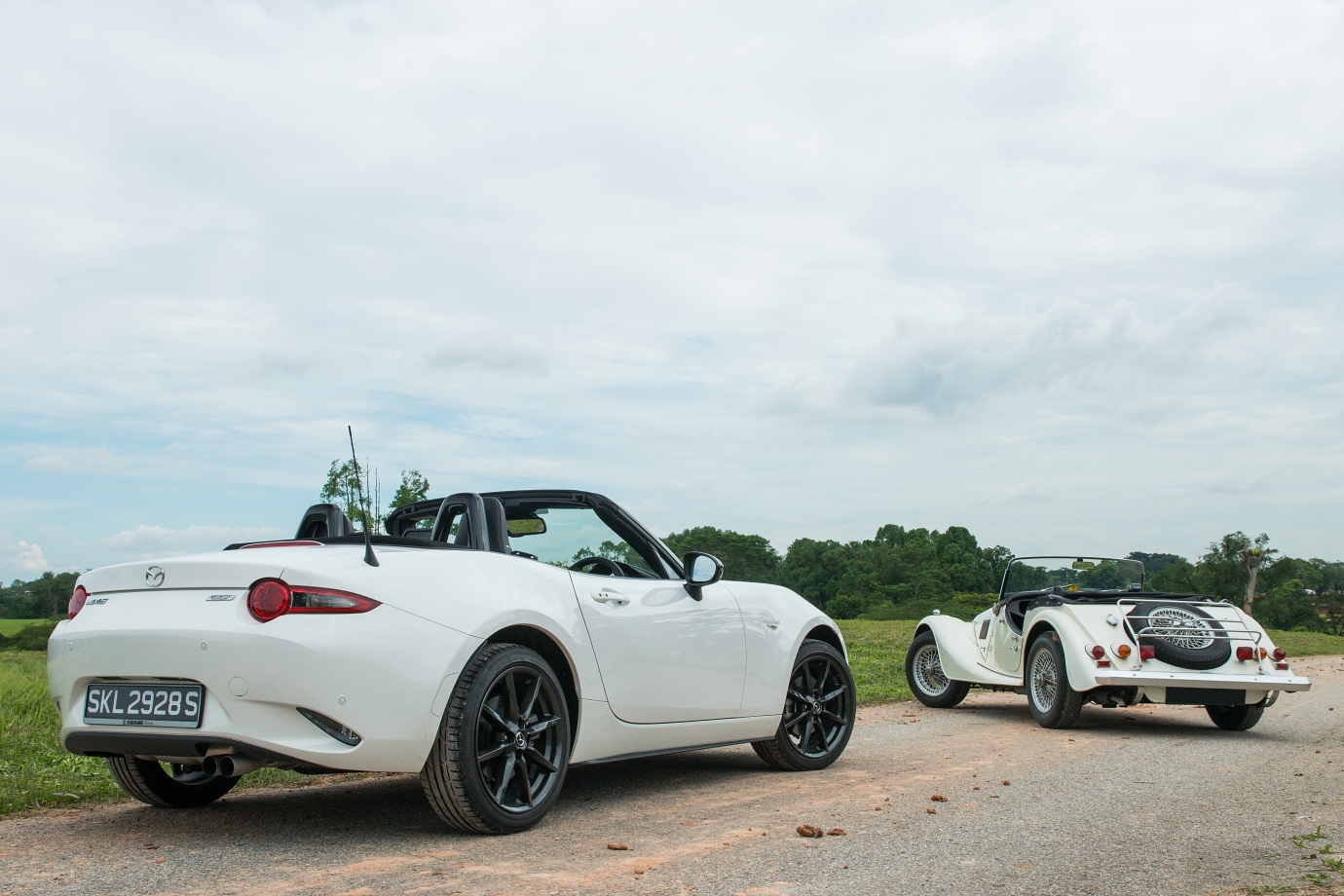 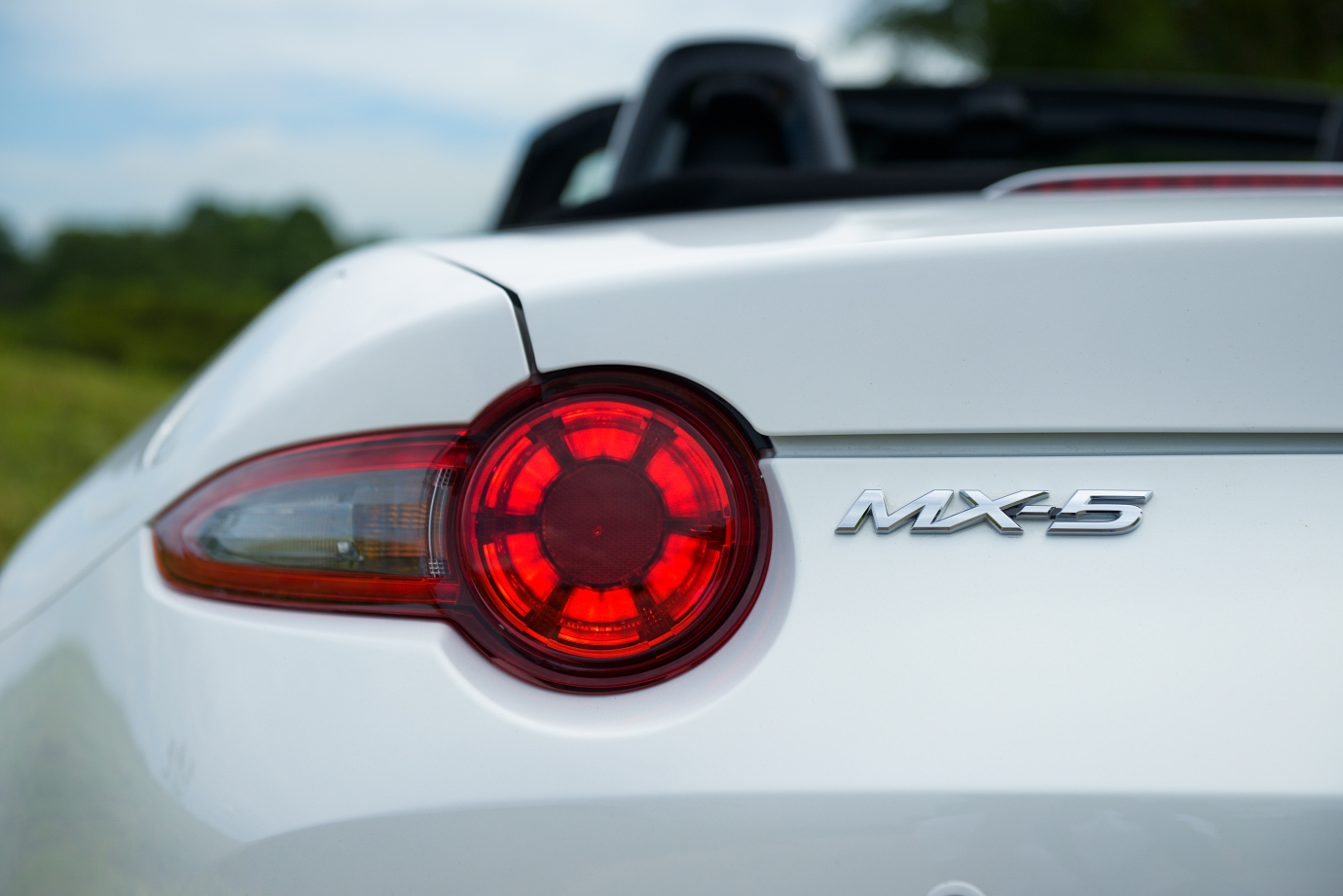 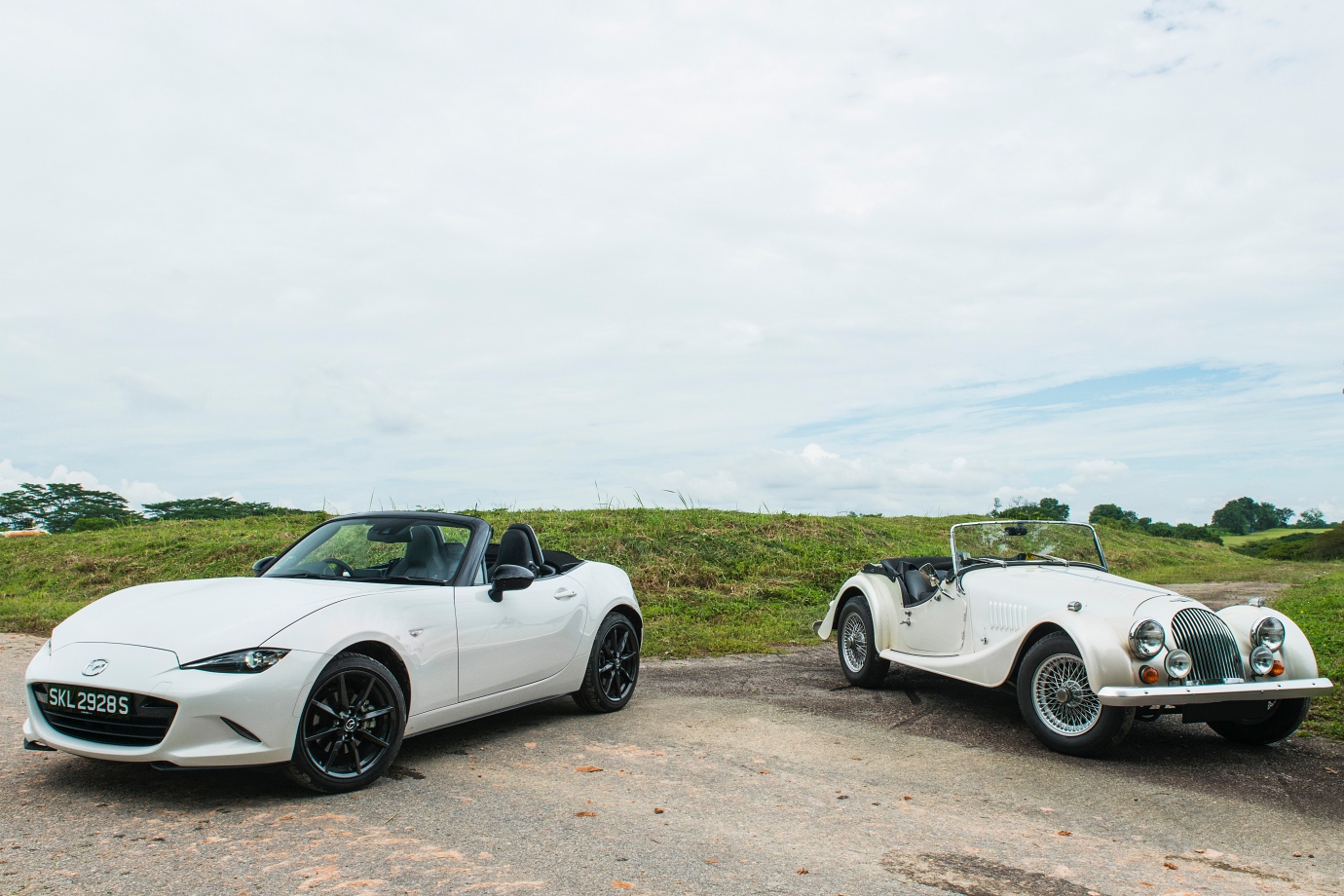 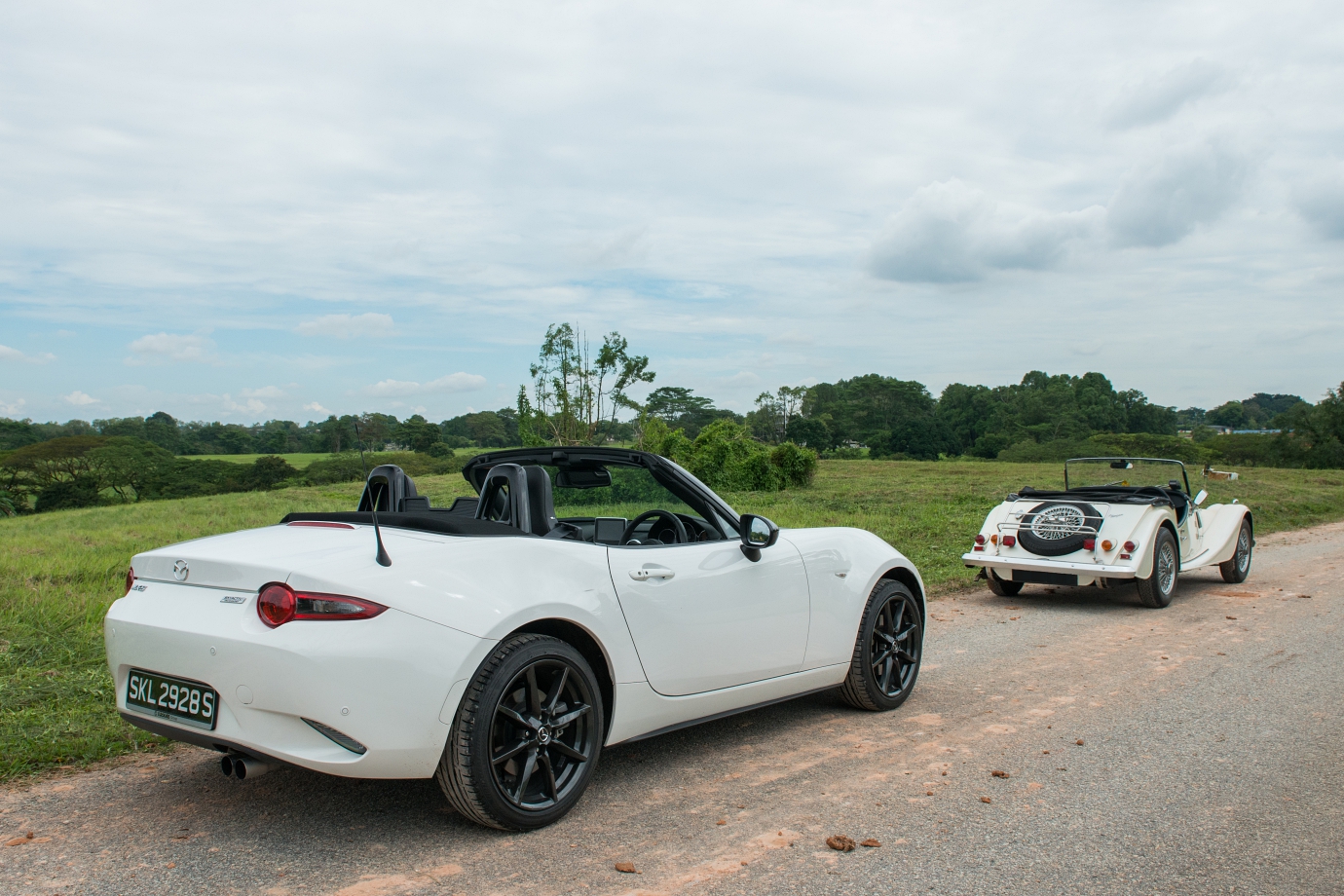 Singapore - We haven't had so much fun in Singapore without fear of busting the speed limit in a long time, and this fourth generation MX-5 is proving to be a lean, lithe driver's machine that really comes alive on the roads, both familiar and alien.

Big engine numbers, a loud exhaust and fancy styling; a real driver craves not those things... well, not initially anyway. After all, the manner in which the chassis acquits itself in the compact MX-5 should be reward in itself – even a short time spent in the lightweight Mazda's cockpit, and on the right sort of roads, rewarded us with a heady motoring euphoria.

We're bombarded from all quarters via new and old media platforms, but when it involves an automotive icon like the MX-5 (also known as the Miata and Eunos Roadster) the world sits up and takes notice. We don't rave about cars before we've driven them, overrated or not – especially with many of the latest iterations of iconic cars failing miserably – but the MX-5 is living up to all the hype.

Mind you, I was never a big fan of the model to begin with; the last good one we drove was the original 'NA', in 1.8-litre flavour – the second and third generations, 'NB' and 'NC' respectively, never struck a chord with us.

We had choice words with the Chief Designer Mr. Masashi Nakayama during the MX-5’s Singapore launch, and the overreaching impression we got was how big a fan he is of the original car – he's owned one for more than 20 years; in fact, many NA owners hold on to these cult cars for more than ten years.

Why? "It never 'bored' them." Another thing that is important to Masashi-san is purity of design, which he accomplished by stripping away all excess flab for a minimalist design both inside and out, which complemented the approach of the engineering team. 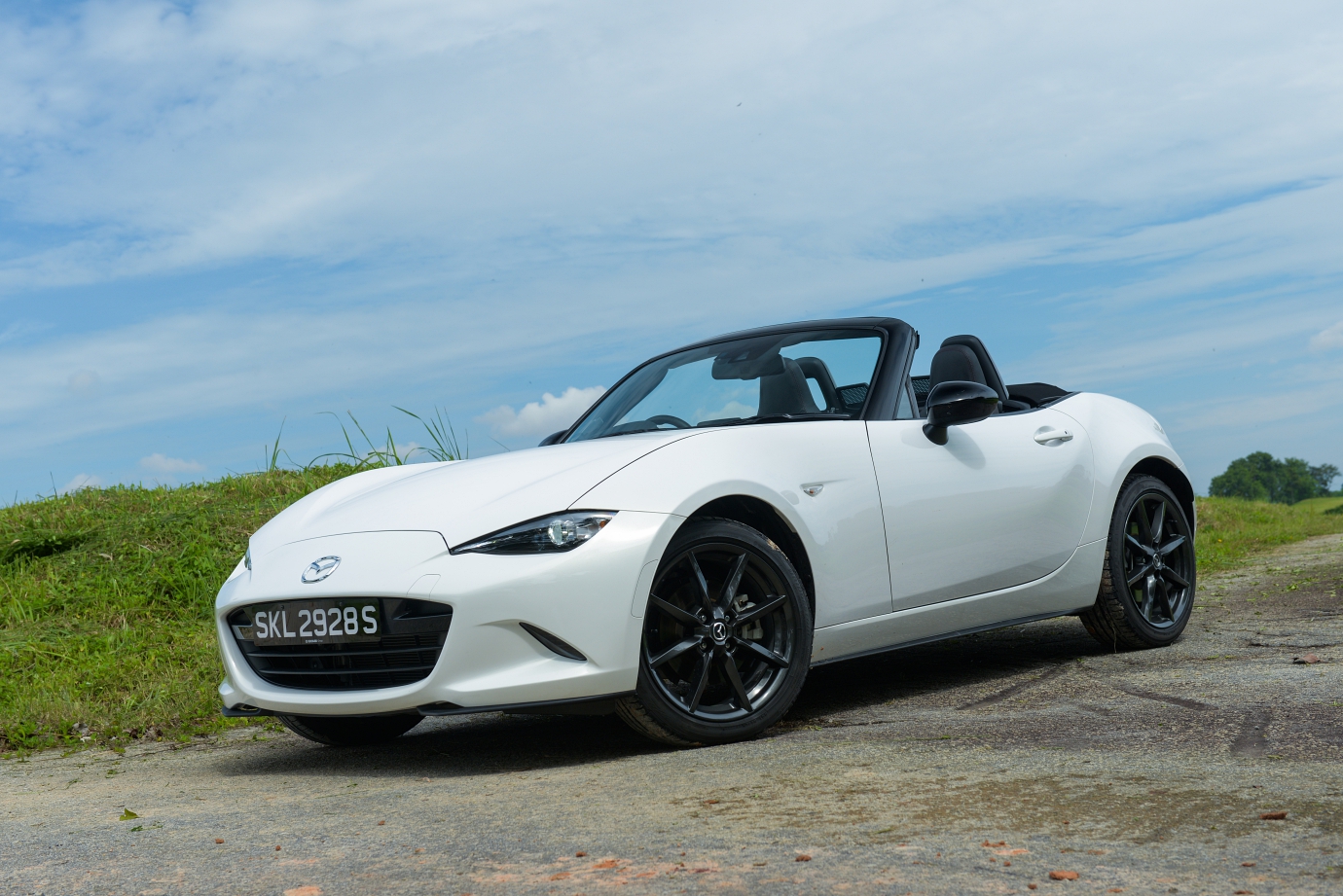 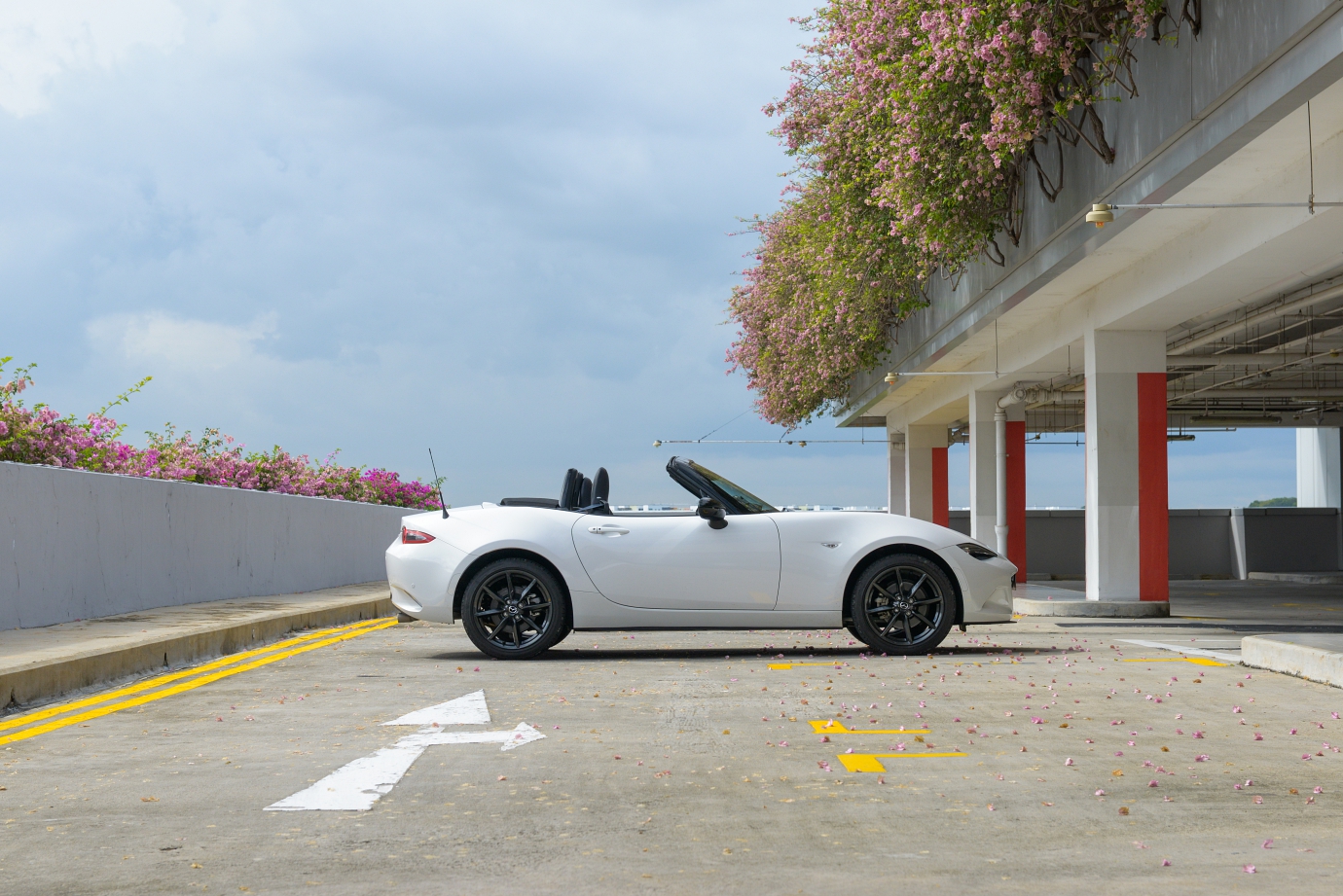 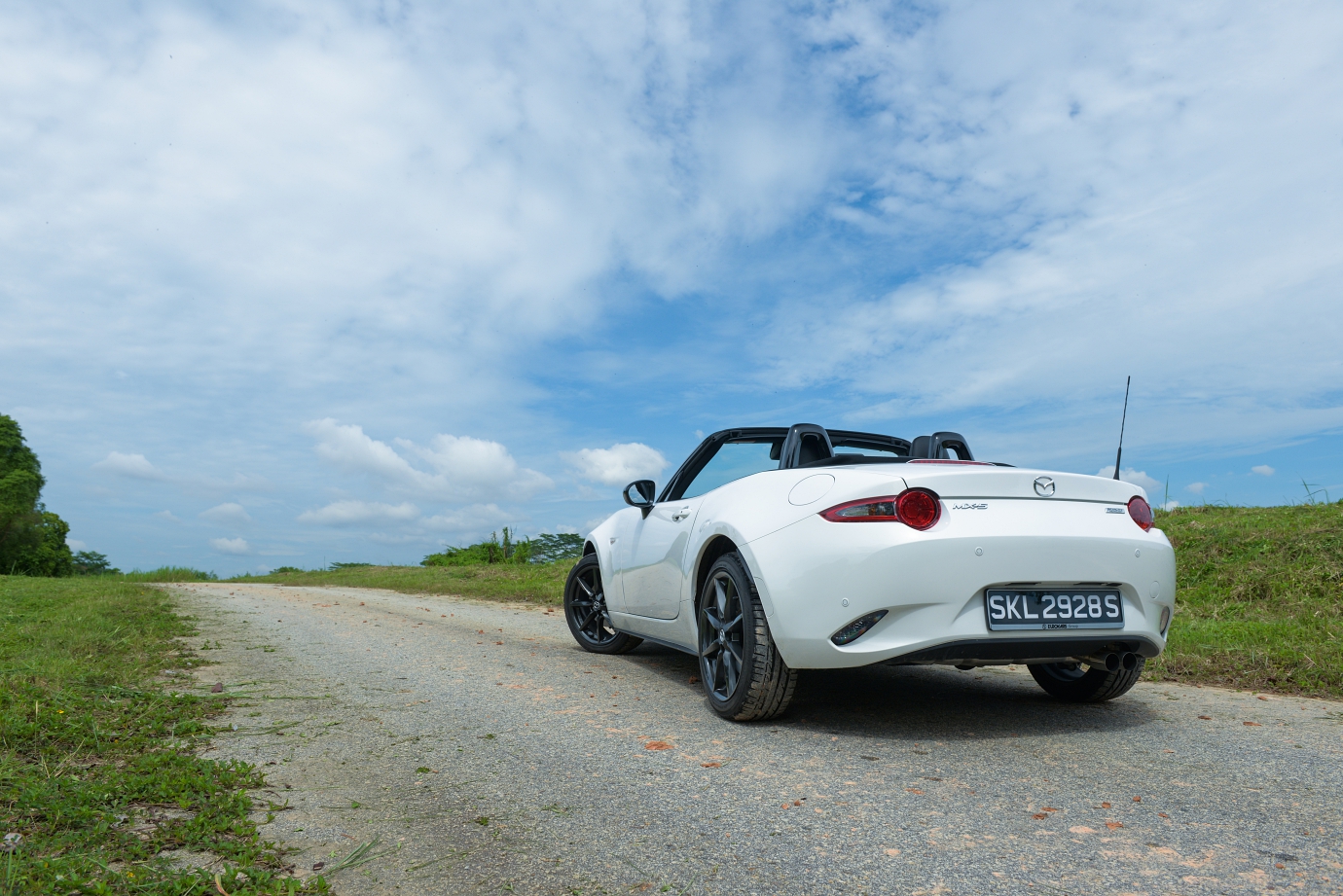 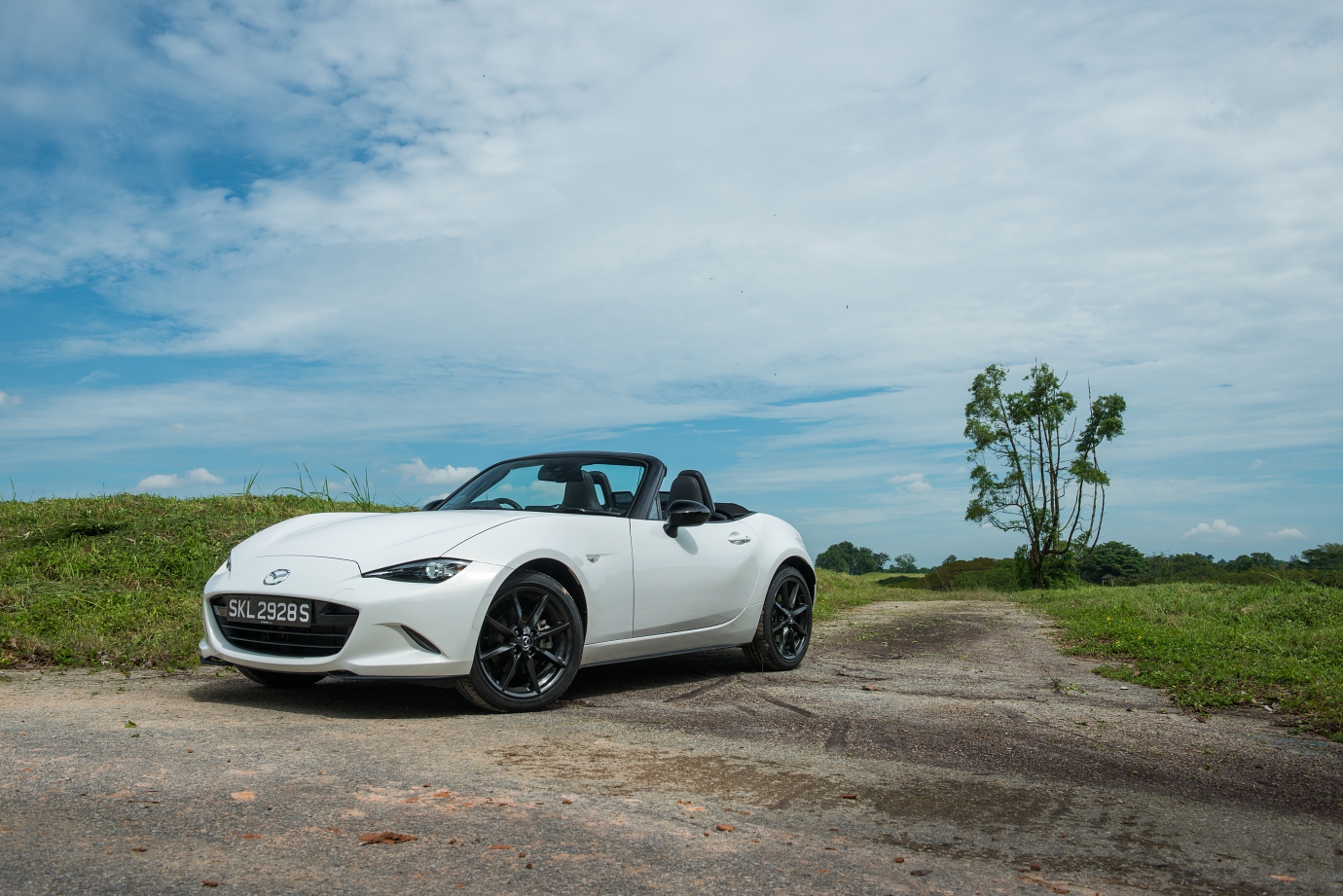 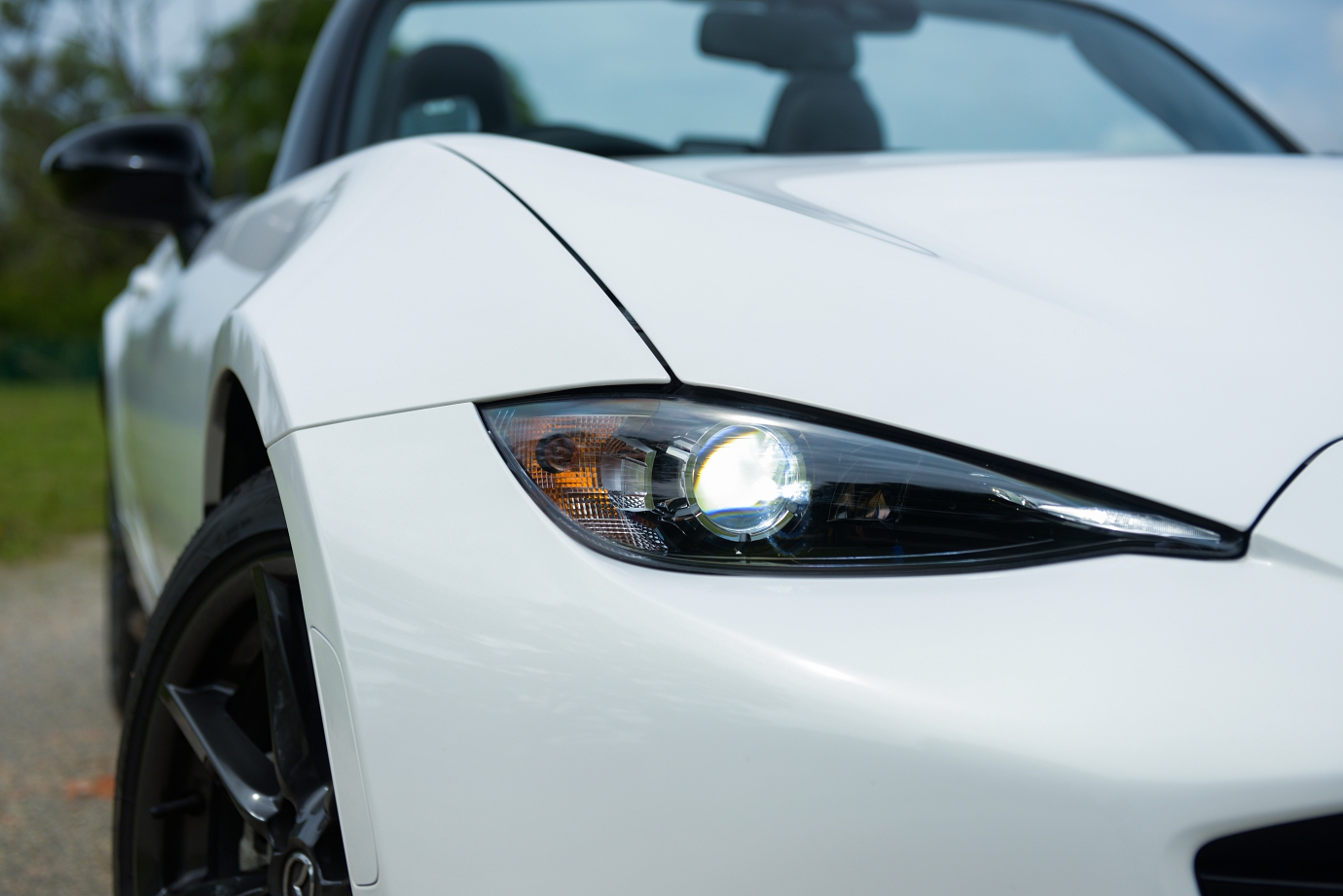 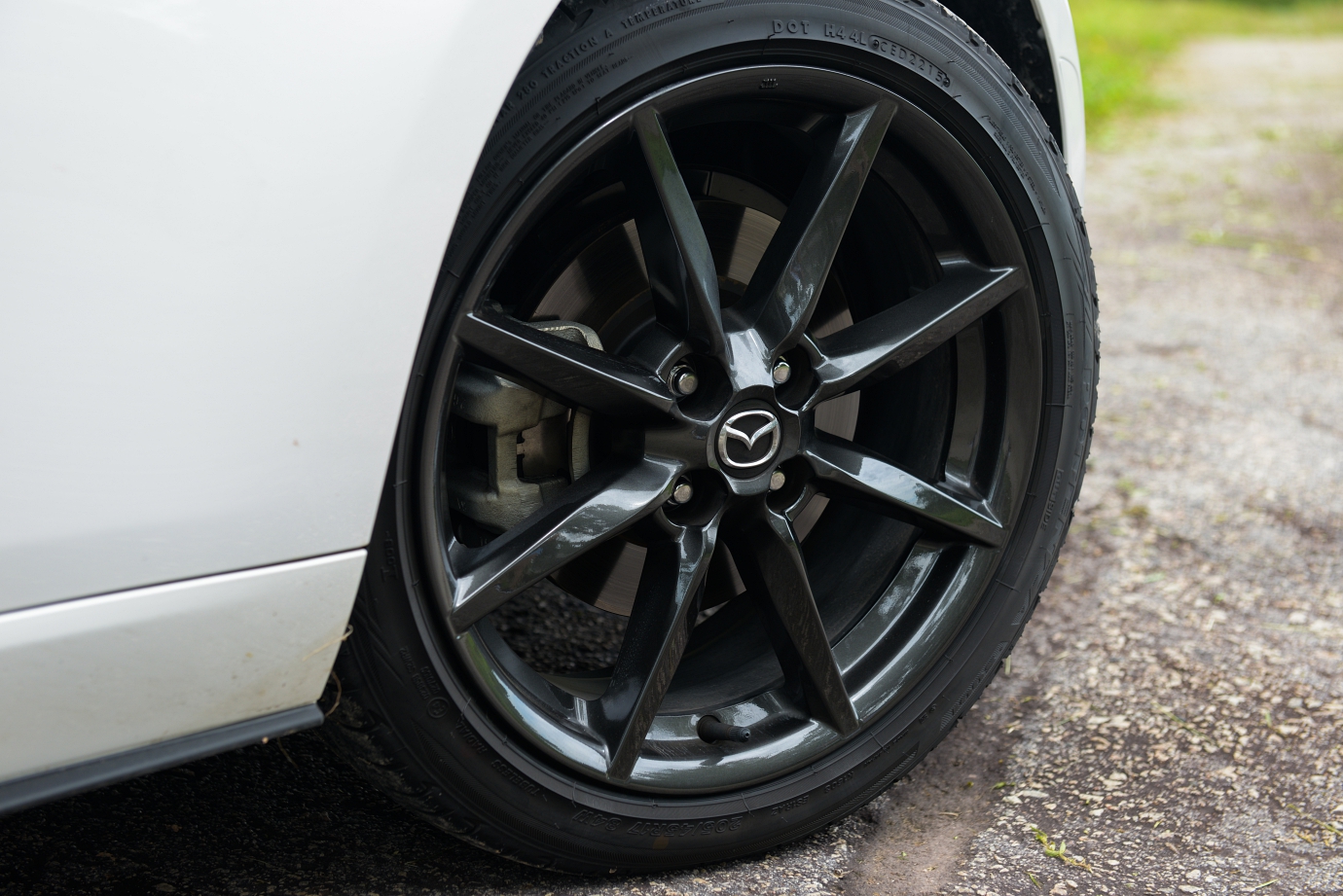 The few things that struck us about the original were its lightweight and peppy nature – like a cheeky puppy, it’s ready to play anytime, anywhere. For the record, we didn't like how the most recent NC had been seduced by the superfluous – retractable hardtop and all – to become an over-styled and fussy caricature of the original.

In the latest iteration, the soft-top roof's mechanics are ergonomic and fully DIY, and takes under 10secs to open/close. The manual roof operation is a good indication of great things to come, especially since this ND boasts evocative back-to-basics driving appeal.

Truth be told, we can see the evolution from the NA to the latest car, both from its minimalist styling, to the driver's seating position and the nimble agility that truly underscores the brand's 'Jinba-ittai' philosophy, or in other words, horse and rider as one.

At the helm, you’re never perched on the car, but well ensconced within its warm embrace – there’s a sense of familiarity about the important things so you feel perfectly at home.

We sampled both auto and manual, but the latter really snared our hearts. The automatic is perky enough and easy to point-and-squirt, but no serious driver should ever think, "the automatic is good enough," least of all for a car whose raison d'être is being driven hard. 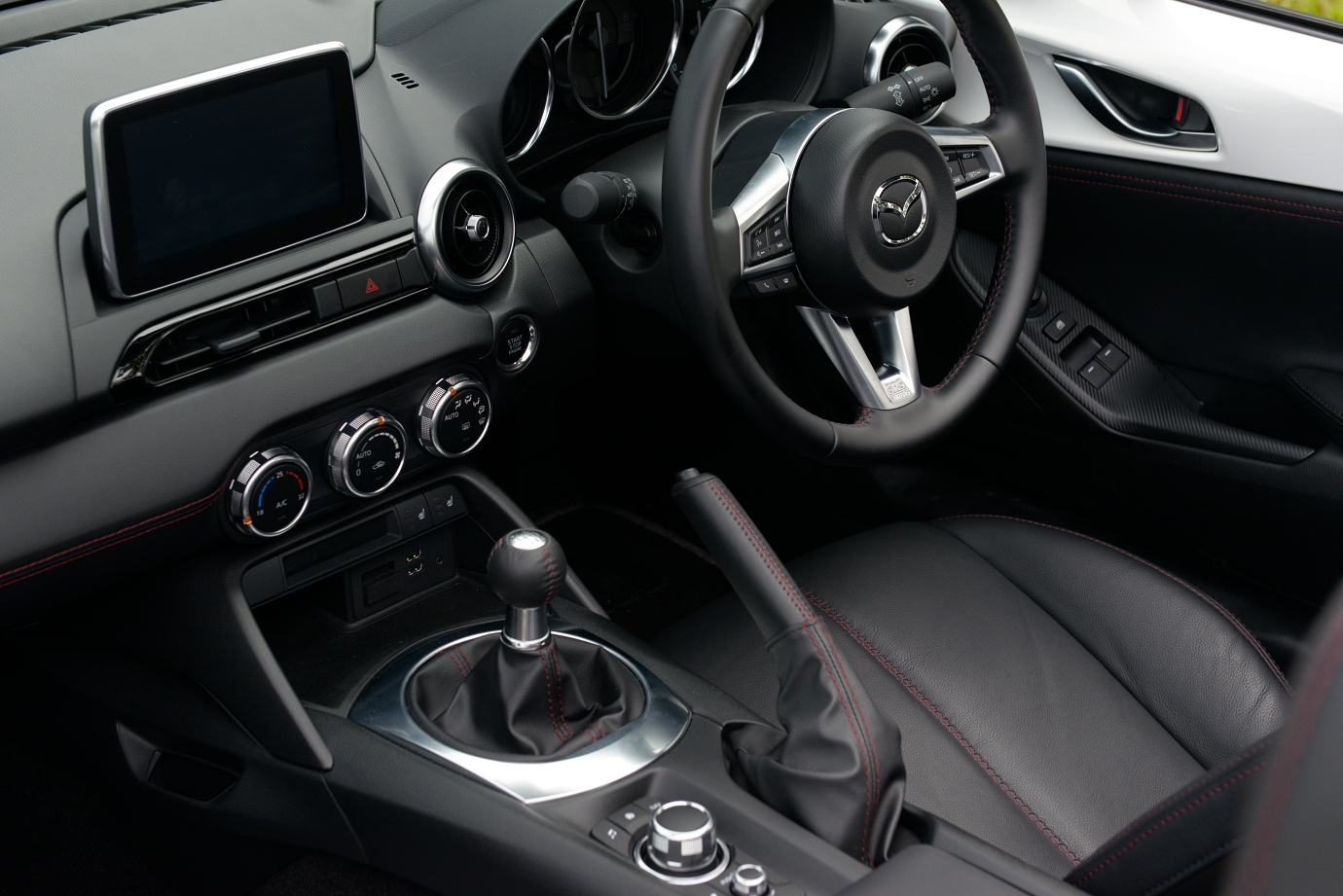 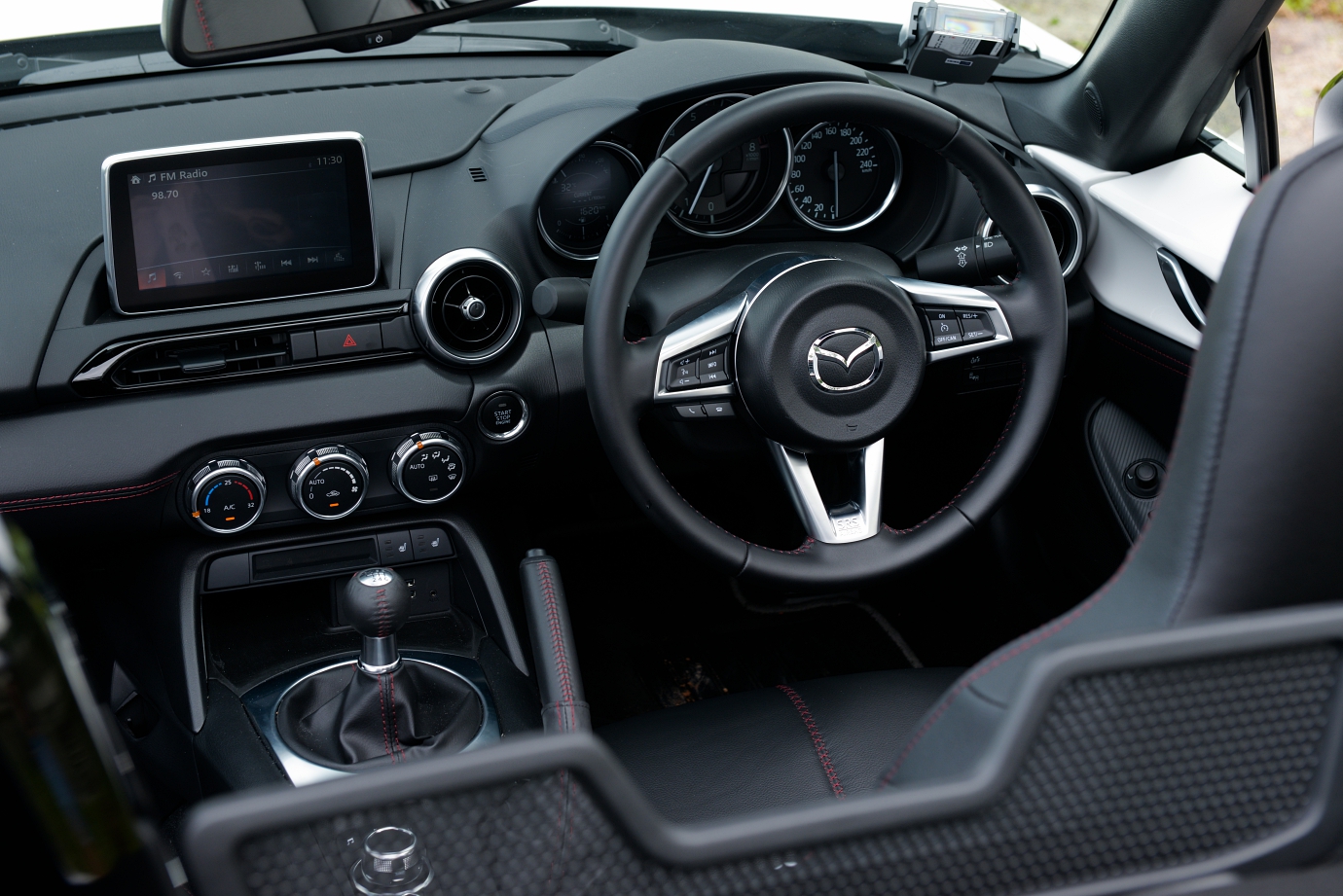 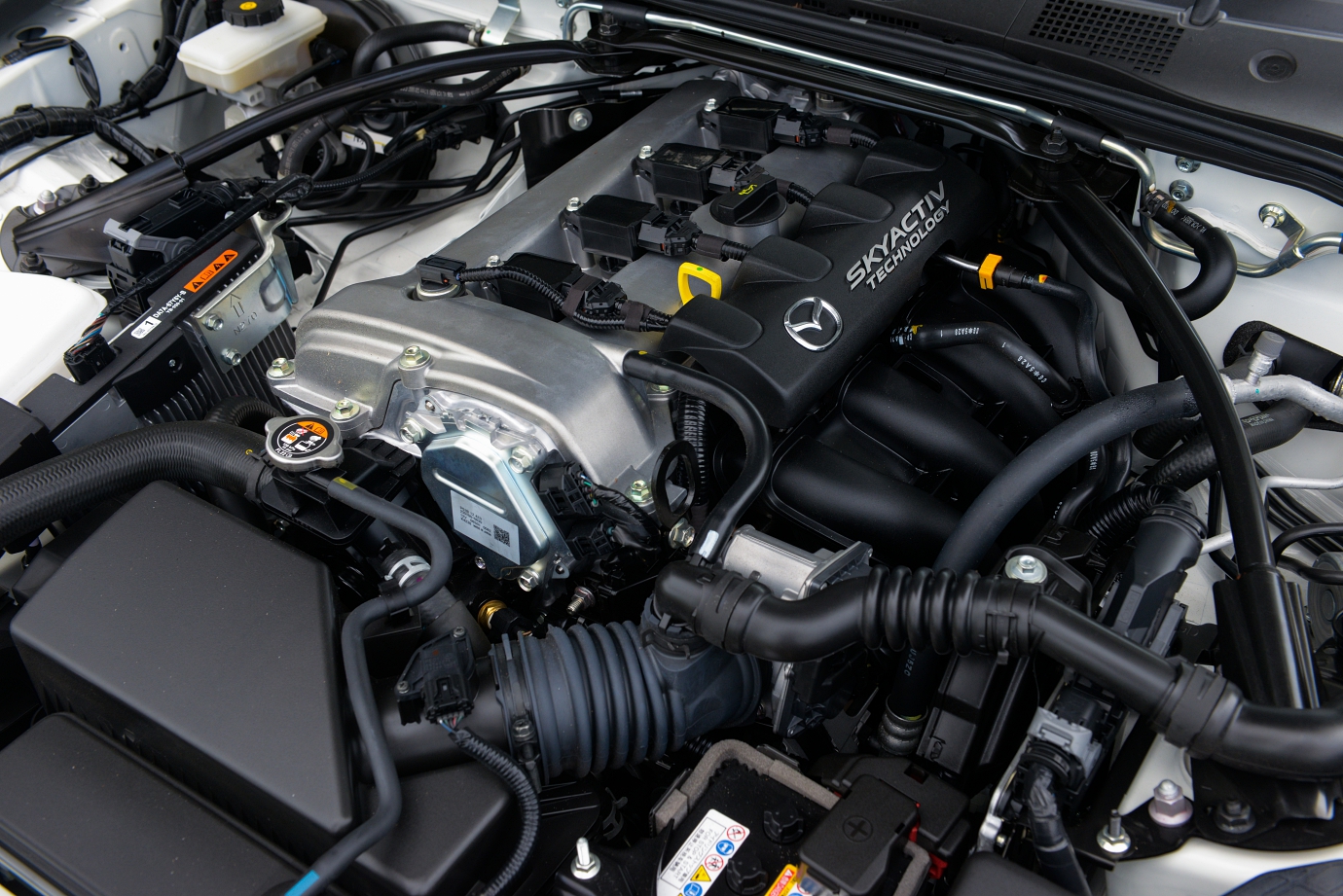 The MX-5 isn't about high-power and heavy clutches – it's about deftly working the clutch pedal and gear-shifts in tandem with steering, brakes and seat-of-pants feel to test the limits of the little sportscar that could. The shift action is light, yet positively weighted for precise shifts; the steering is direct with ample feel as you work the car to your limits.

Sitting low also puts your butt closer to the action, so you can quickly react to the car's dynamic changes. The stick-shift variant has gear ratios perfectly suited for sprinting from one traffic light to the next, so it never feels out of sorts in traffic like the 86, even though the two-litre in the MX-5 pushes out just 158hp.

During our time with the car, we were interrogated by many petrolheads who commented on lack of outright grunt, ample roll, how comfortable it felt and many other things we feel aren't the point of Miata ownership.

Out-the-box, a MX-5 isn't meant to terrorise the track (not that it can't), but rather embodies a holistic driver's package with emphasis on lightweight precision and agile driving 'feels' as opposed to bluntly blasting from A to B – much like the elegant lightsabre versus a clumsy and random blaster.

With the MX-5, you'll want to savour every nuance of the corner, which starts from the approach, to the brake and balance, then the turn-in and finally the climax of the exit as you get on the gas again in search for the next 'hit' – it never sacrifices ‘fun’ at the altar of ‘fast’ and isn’t one of those cars that prides itself on ‘being easy to drive fast’.

Size truly matters not when it can deliver such a profound driving experience...