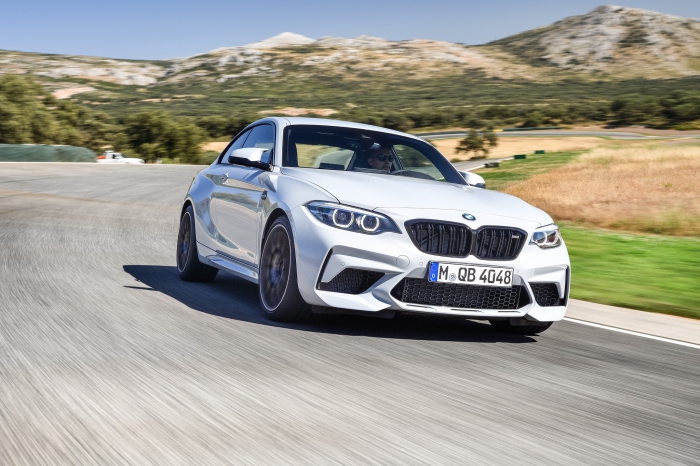 BMW M2 Competition – a case of harder, faster, stronger? Or is there something else that will give enthusiast drivers a salacious thrill? 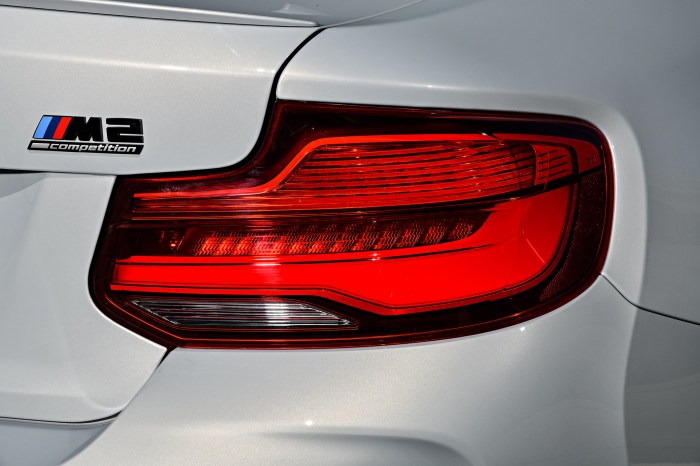 ASCARI RACE RESORT, PORTUGAL – In an age of escalating horsepower figures, controllability and accessibility are the real premium features a performance car should have.

Fat tyres, turbos, crazy aero, it sounds like Formula 1 from the 1970s on, but it’s actually the milieu for modern performance road cars.

It's no sin in the modern world, one only has to look at Audi RS and Mercedes-AMG to see they're all locked in a power race from which none can back down. But there have been breaks of delight amongst the stupendous waves of torque. 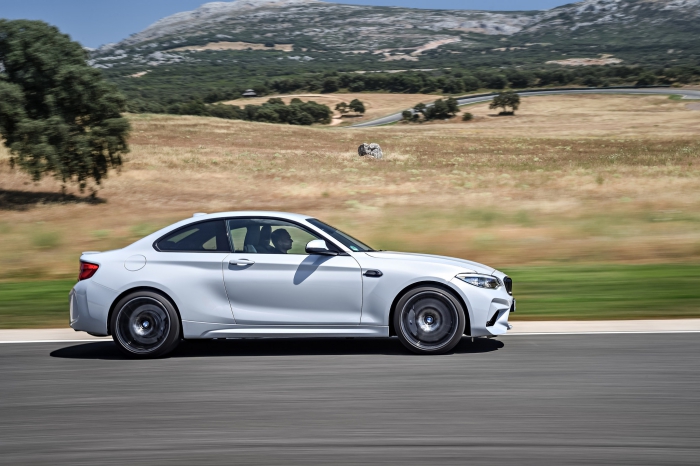 Launched in 2016, the BMW M2 was exactly what BMW M fans who remember the good old days wanted (especially if they lost out on scoring themselves a 1M).
Controllable power, agility, a smaller package retaining the classic BMW M traits of an inline-six and rear-wheel drive.
Unlike the manual-only 1M, the M2 was offered in either manual or dual-clutch transmission.
(Click HERE to read about our drive of the M2 when it was first launched)
It was a brilliant move by BMW M, that ethos made all the more obvious by the contrast between its nearest rivals - the all-wheel-driven Audi RS 3 and Mercedes-AMG CLA 45 - even if the M2 was a little too modern and lacked front end precision, a trait made obvious at low-speed, sharp turns or gymkhana courses. 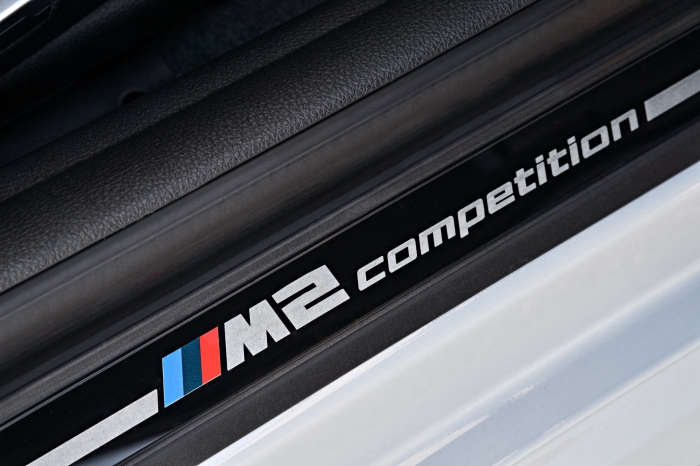 The M2 Competition is BMW M’s way of correcting that. While the M2 Competition will actually replace the base M2, it also marks a difference in the way the brand approaches high-performance. 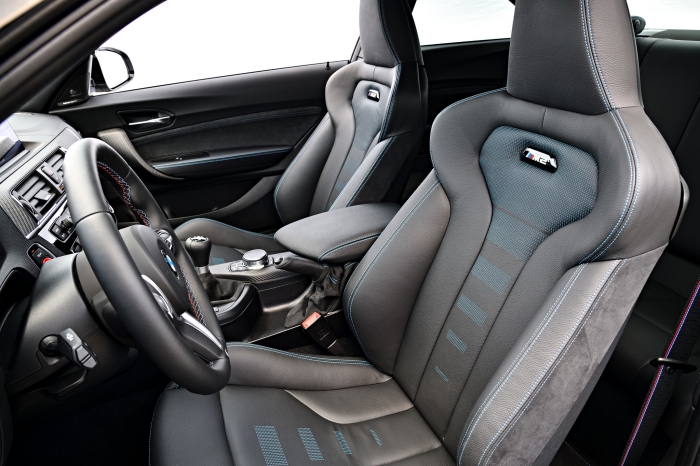 “The Competition model is for a driver who wants a car that will perform even better on track,” says Markus Schroder, Head of project for the BMW M2 Competition.
“We added a little more power and torque for fun, but really we wanted to improve the agility, to improve the dynamics and overall level of fun for the driver.” 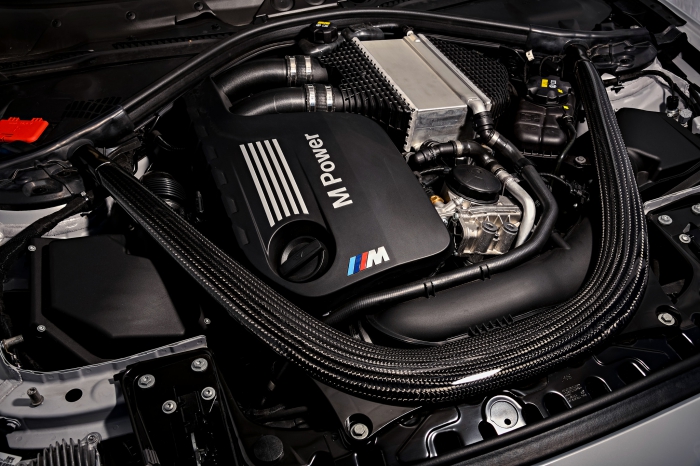 How they've achieved that is with a clear emphasis on the chassis, and especially the front end.
Behind the engine is a new aluminium firewall brace, taken from the M4. While that's not visible, the CFRP strut from the M3 and M4 that now frames the engine bay is. 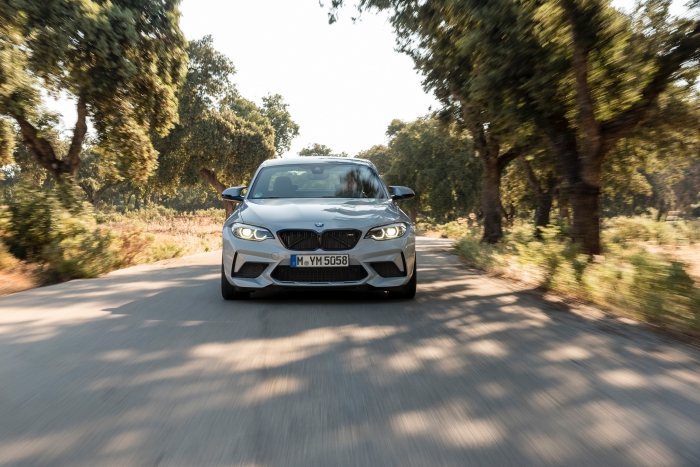 New ball joints mean less play and better idea of where the wheels fall, while the rear axle section has been redesigned.
One thing that did remain is the suspension setup, the non-adaptive springs and dampers. “The original setup was already very good, so we kept it,” adds Schroder. 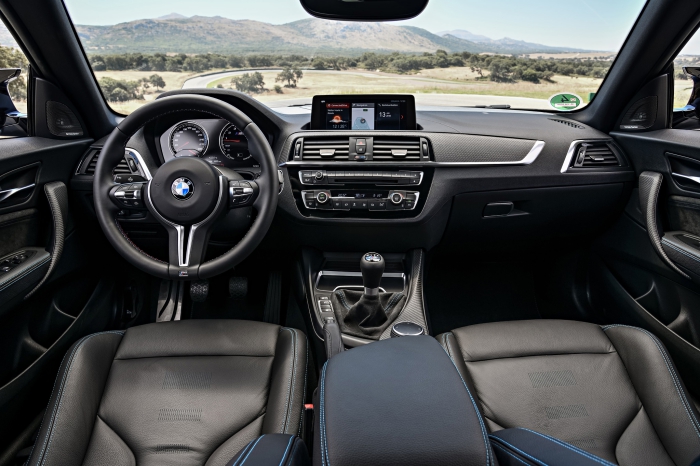 The other important changes were a recalibration of the steering, and the DSC system, which the engineers say allow for more natural slip without sacrificing the safety net entirely.
We expected the changes to show themselves only when the pace got hotter at Ascari, but right from the first corner, the improved feel from the M2 Competition’s nose is obvious. 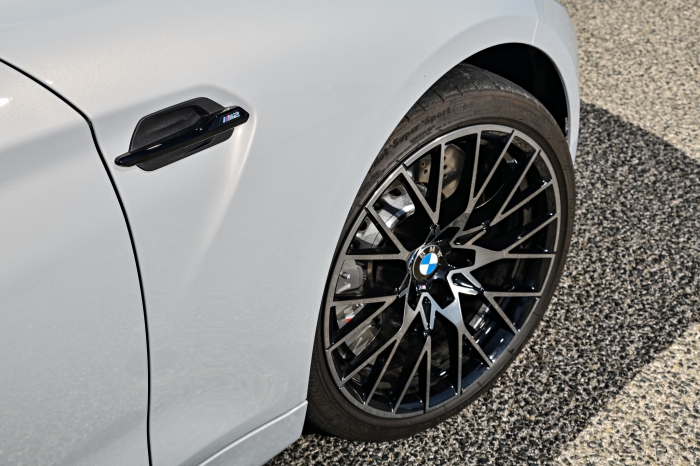 What begins as a nice surprise, that meatier bite and improved feedback from the steering, grows into something a driver can seriously get their teeth into.
After the warm-up, our lead car driven by BMW factory driver Nicky Catsburg, ups the pace, and we have no trouble keeping up in the M2 Competition. 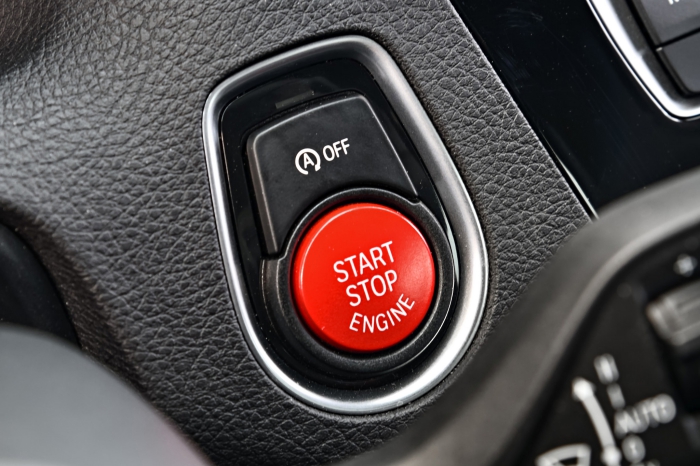 Ascari is a circuit that’s very unlike modern Tilke-dromes, all wide-space, technical, unemotional. It’s unrelenting, the corners strung one after the other, left, right, left, left, the straights are short but all have fast kinks that demand plenty of balls. We don’t have brass-plated ones, but the M2’s improved precision and accuracy – you can place the wheels where you want them no matter the speed – makes up for that.
If you’re clumsy, like we were a few times, as well as too greedy on the throttle, the M Dynamic Mode allows for natural feeling slip-n-slides rather than simply shutting down the power. 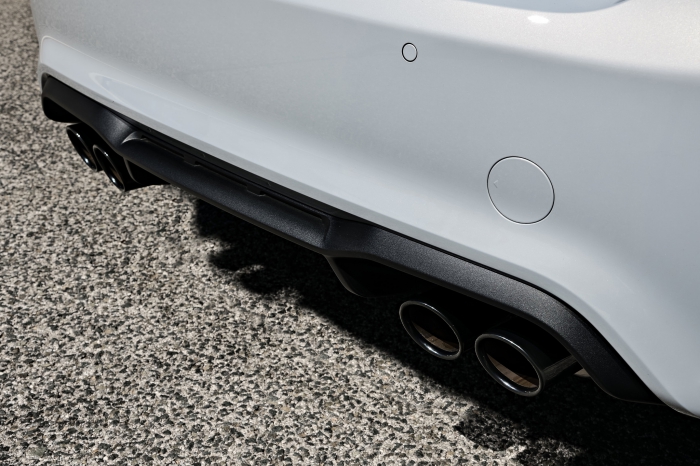 For instance, the scary-fast right-hander ‘Brundle’ is taken an almost full-chat after a handful of laps, thanks to the accurate wheel placement the M2 allows, just tickling the dirt patch over the low kerb, worn away by braver drivers that preceded us, but still such a joy to get right. Hooning into the bizarre ‘Sebring’ right hander that follows, which goes from fast to medium to slow then to chicane-slow, displays the M2 Competition’s finesse when it comes to mid-corner brake inputs, while the Pif-Paf chicane demonstrates its eagerness to dash from side-to-side. If it’s edged closer to a old-school homage, then driving the manual version certainly reinforced that, the 6spd gearbox breeding a much closer engagement with the inline-six’s intimate details than the DCT ever could.
It’s an obvious step-up, though there are still things to nitpick. The uprated M Sport brakes have decent stopping power, but lack immediacy and feel at track pace.
Around a track like Pasir Gudang, the M2 Competition would be just as superb, which also clues us into how the car behaves on public roads. 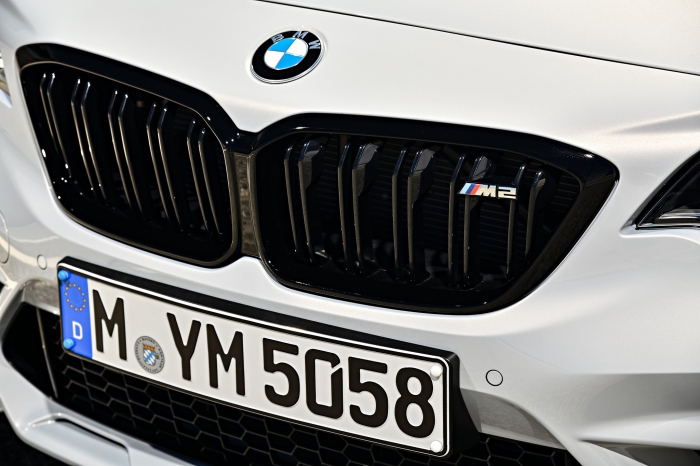 The tarmac around Ascari is almost as good as the circuit itself when it comes to driver entertainment, and the M2 Competition’s well-judged chassis makes easy work of the bumpier sections.
In fact, it feels more adept at dispatching small-bumps than the M5 Competition, not to mention its smaller size is a big plus when Andalusia’s country lanes narrow to a worrying width. Until now, for maximum kicks and daily usability amongst M cars, we would usually recommend an M140i or M240i, since they’re the flag-bearers of M cars of yore: Small, controllable and B-road rapid, but with enough power and delicacy for open road work or even track time.
(Click HERE to read about the fun we had in a pair of M235i models at the legendary Stelvio Pass) The M2 Competition gets a healthy dose of soul, now that BMW has given it an apex-seeking nose, increased immersion for the driver, and just as importantly, not gone overboard on the power.
Overnight, it may not have become the E30-heir apparent M-philes wished, but it has enough shades of its great ancestor that it’s easy to recommend to any keen driver, even over its bigger siblings.
PHOTOS BMW / Uwe Fischer