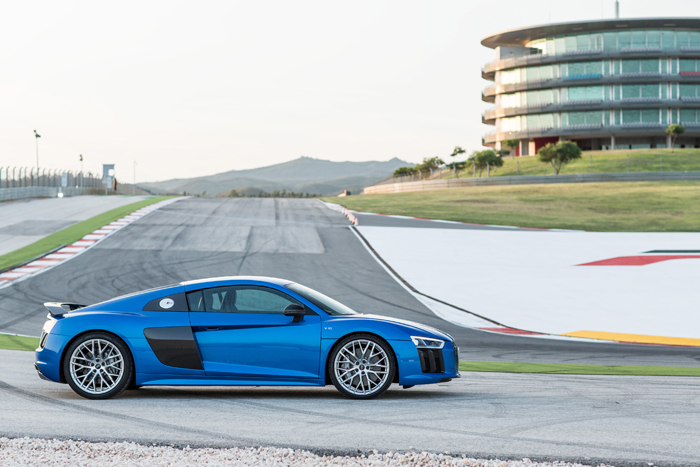 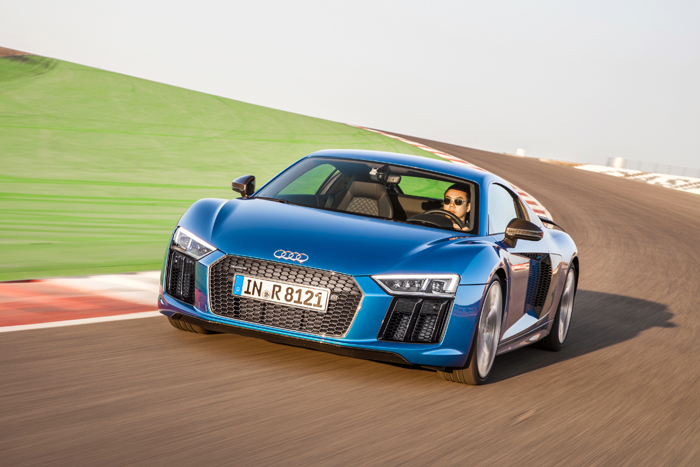 Portimao, Portugal – Our first drive of the Lamborghini Huracán revealed what a civilised daily-drive performer the Gallardo replacement had become: good visibility, sublime ride, seamless shifts and easy access to the V10’s benign performance – rather surprising traits for the wild-child that is Lamborghini if you ask us. If anything, it felt a little too ‘Audi R8’ to us, if that makes any sense at all. 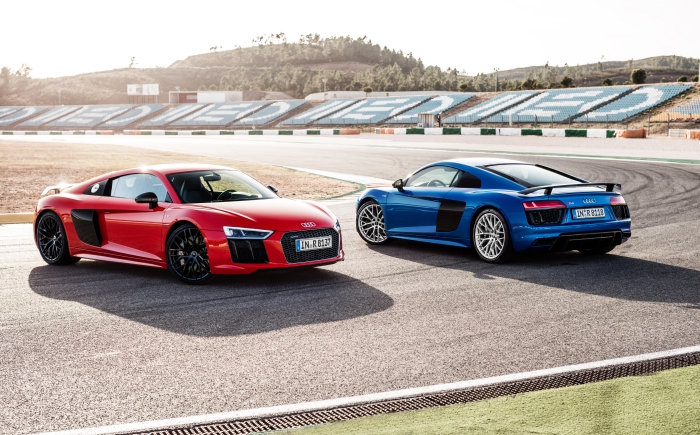 It all became clear – or even fuzzier depending on how you look at it – when we got into the the latest R8 V10 plus, and had to check the badge a few times to make sure we weren’t in a Lambo, because the plus’ sounds and sensations were more raging bull than its Huracán stable-mate. 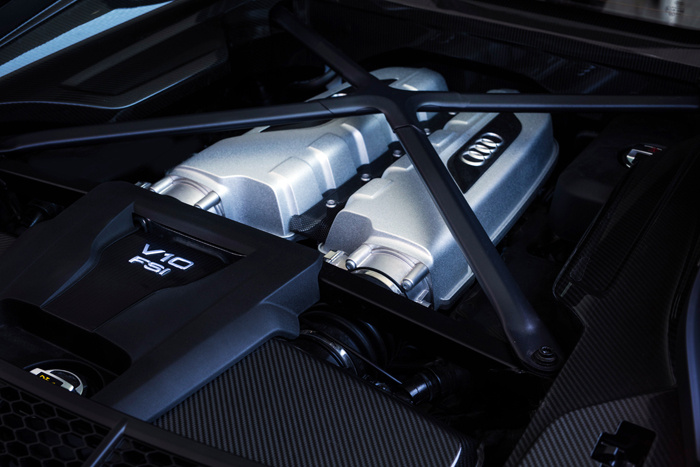 In case you’re wondering, both cars are built around the same platform and powered by a naturally-aspirated 5.2-litre V10. Like the Lambo, this R8 is built on a mixed-material ASF (Audi Space Frame) platform that combines CFRP with aluminium for intelligent weight savings, as well as improved rigidity. This ‘package’ comprises 79 per cent aluminum and 13 per cent carbonfibre-reinforced polymer (CFRP), with large CFRP components used for the the centre tunnel, rear wall and B-pillars.

The facelift of the first-gen R8 first brought the V10 plus variant to Singapore – chief among its changes was a shift from single-automated R tronic to lightning-quick dual-clutch S tronic. Now being Audi and German, I guess ‘plus’ is as functional and efficient a word as can be, without any of the flamboyance or embellishments of the rolling ‘Rrrrs’ and prolonged syllables that dominate the names of Italy’s finest exotics, which fans and owners do appreciate – mind you, the R8’s ‘plus’ is in small caps, which is as inoffensively nondescript as you can get for a range-topping model. 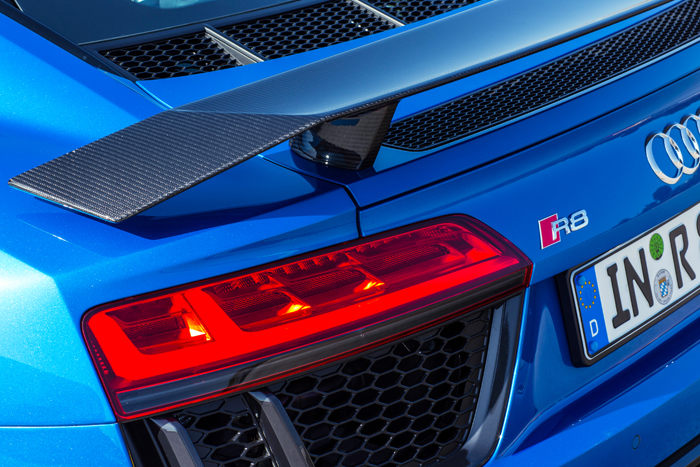 If we were to take the price of the outgoing ‘plus’ model as an indication – it was pushing S$900k+, give or take 50 grand – the new ‘plus’ will be deep in GT3/GT3 RS money and within spitting distance to the Ferrari 488 GTB and the Lamborghini Huracán – the latter two are now a smidgen over S$1m and come with all the evocative bells and whistles that characterise such supercars. McLaren’s ‘baby’ 570S is a new contender in the segment, which should tally up to just under a million dollars, provided of course you don’t go nuts with the options. If pre-owned is an option, there is a clutch of other exotic models available at, or lower than the price of a new plus. 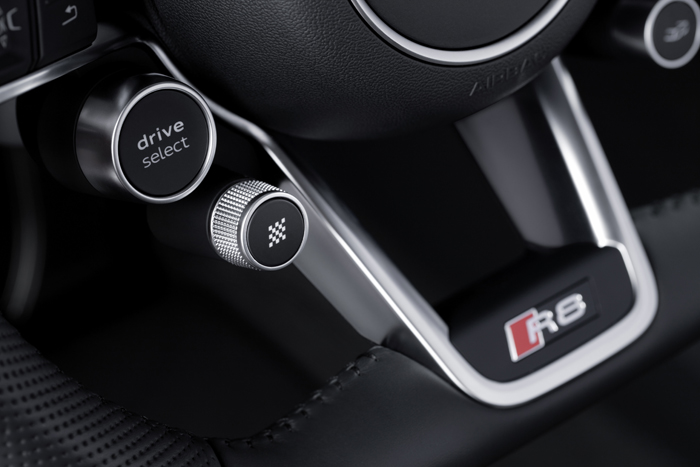 For this second gen, even if the V10 plus is touted as the fastest and most extreme production R8 model to-date, it won’t matter how it acquits itself dynamically, because if it’s going to be priced at close to a million dollars, people are still going to see it as Audi against Ferrari/Lamborghini/McLaren.

We’re told the V10 and V10 plus lead the new-model charge because Audi feels the mid-engined R8 has properly ‘come of age’ and is regarded as a bona fide sportscar among the intelligentsia. As any enthusiast worth his salt can tell you, benchmarking pure performance stats is a small part of the equation, because the other element that makes supercars ‘super’ is intangible, which is probably also why Audi uses the term “super-sportscar” to describe the V10 plus. 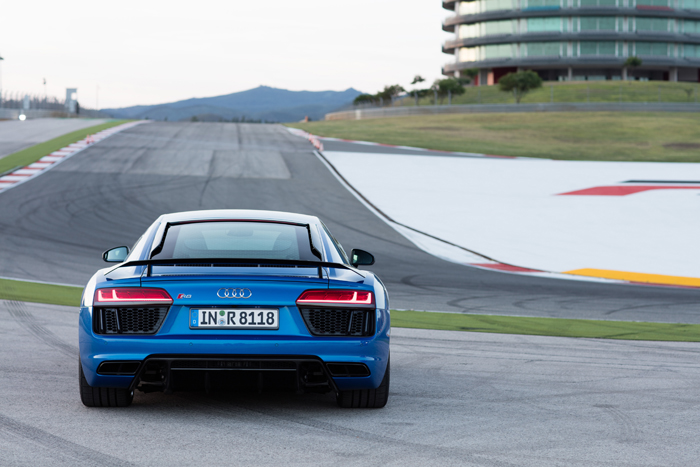 “Plus what?” you ask. The ‘plus’ improves engine performance and dynamics over the regular V10, but it also loses weight in the process – about 40kg less. Most visibly, it drops the hydraulic rising rear spoiler for a fixed carbonfibre rear wing like last generation’s R8 GT, and also sits lower on meaner alloys. The plus’ V10 has been tuned to 610bhp and 560Nm (versus the normal V10’s 540bhp and 540Nm), so the 100km/h sprint from standstill comes up in just 3.2secs before it blitzes onwards to its 330km/h top speed. 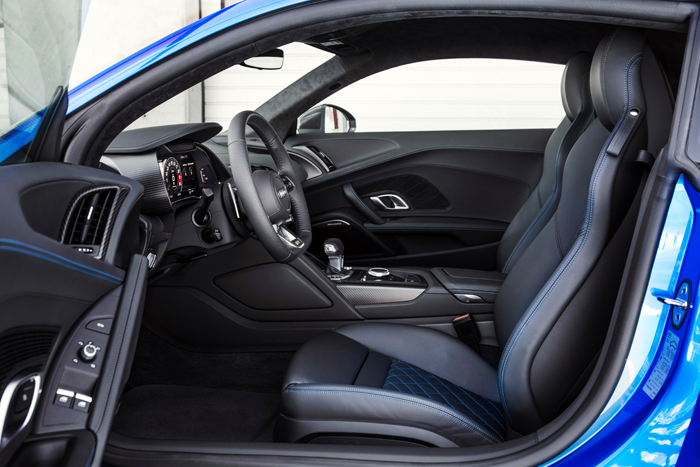 There’s a sense of motorsports theatrics inside, especially with the optional bucket-seats and multi-function sports steering wheel that incorporates the drive controls. Like the TT and Huracán, the R8 features a multi-function 12.3-inch instrument display (Audi Virtual Cockpit), which can be configured to display the driver’s preferred set-up, be it full navigation, performance or mix of both. 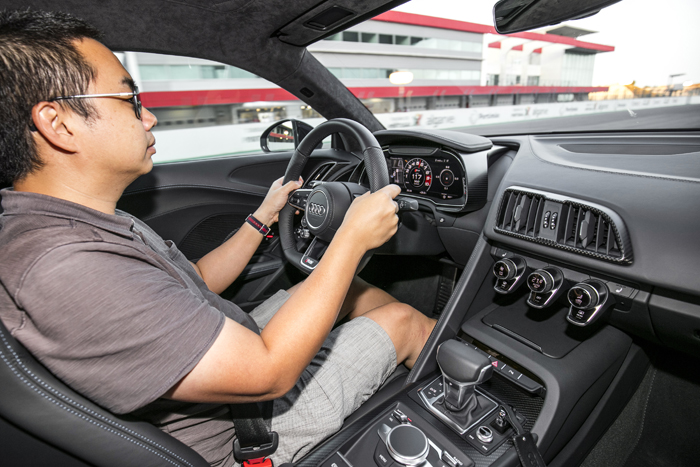 Pre-set drive and stability control programmes, start/stop and sports exhaust are now arranged as four satellite buttons on the steering wheel for quick and reasonably intuitive use. Furthermore, like the TT, the R8’s climate control settings have been integrated into the air-con vents so it keeps the centre-console clutter to a minimum. 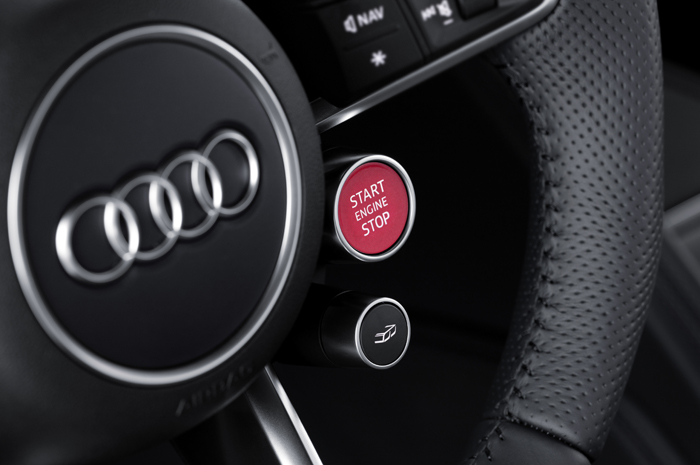 We can’t deny the V10’s raucous sense of dramatics as you thumb the red trigger button and the car first fires up. The satellite knobs for the drive programmes feel solid both to the touch as well as to operate. The plus gets additional dynamic modes to play with that allow even higher slip thresholds before any intervention. 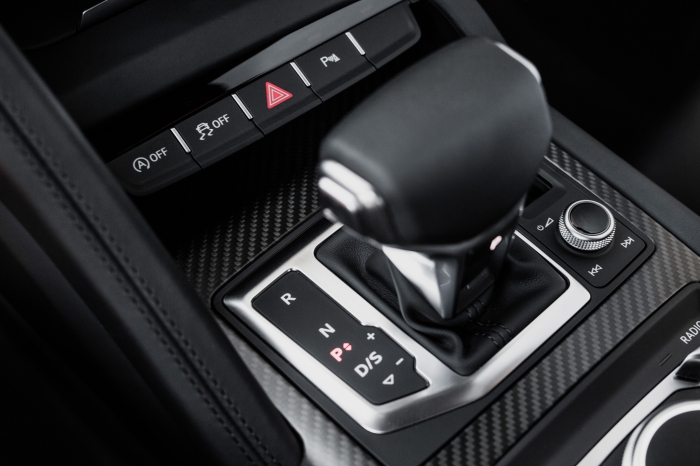 Acceleration is eye-wateringly fast, with the sort of seamless surge to a satisfyingly high redline that characterises big cc naturally-aspirated engines. In the plus, the V10 sounds more furious than in the Lambo, which is saying quite a lot, and it’s never a synthesised pseudo-snarl, but more a natural, full-bodied roar that managed to evoke plenty of thumbs-up from petrolhead bystanders. 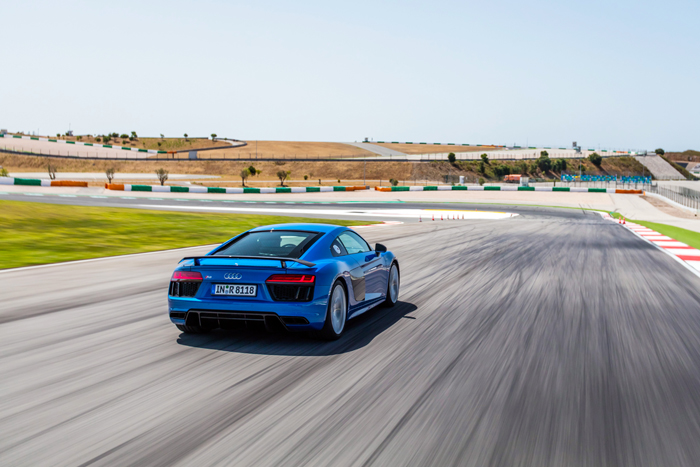 Although they’re not quite in the same category, we sampled the V10 plus around the same Algarve circuit as the Cayman GT4 a month prior, and our remembered thrills in such an ‘analogue’ Porsche only served to cast a spotlight on how ‘digital’ the plus is. Sure the plus sets a blistering pace and carves through the corners of the circuit with impeccable speed, aplomb and balance, but a great deal of the communication and feedback that made the pleasure-pain of trying to bend the GT4 to one’s will so the going could be swift was absent. 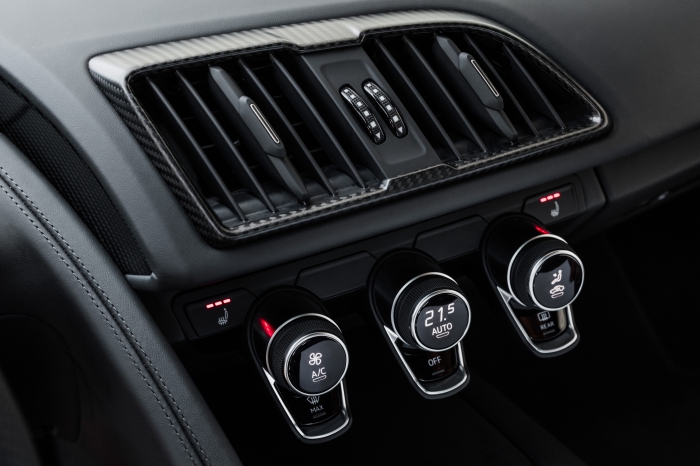 Even against more expensive machines, last gen’s R8 GT lightweight special was a firm favourite in both Coupe and Spyder guises, thanks to its incisive performance and fluid steering. The new model improves the power-to-weight odds over the GT, but we don’t like the light and synthetic feel of the steering – we were constantly correcting the steering angle on winding road corners.

In such a rarefied segment, the plus contends against the most pose-worthy and visceral performers – it would be a mistake for Audi to think that its rivals are all-show and no-go. And while we appreciate that a sportscar should be evaluated primarily by its performance, the market is far less forgiving, especially at such a price point and if like before, the V8 and V10 share a common shape whereby it’s possible to enjoy R8 ownership by buying the cheaper V8. To be taken seriously in the million-dollar league, the R8 can’t try to be a ‘sportscar for the people’. 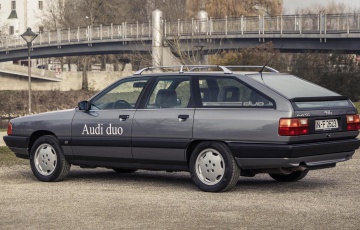 The Audi 'Duo' could do 38km on e-power alone