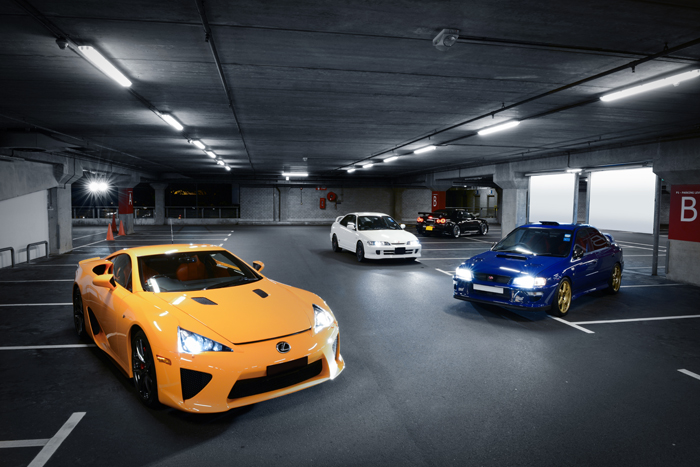 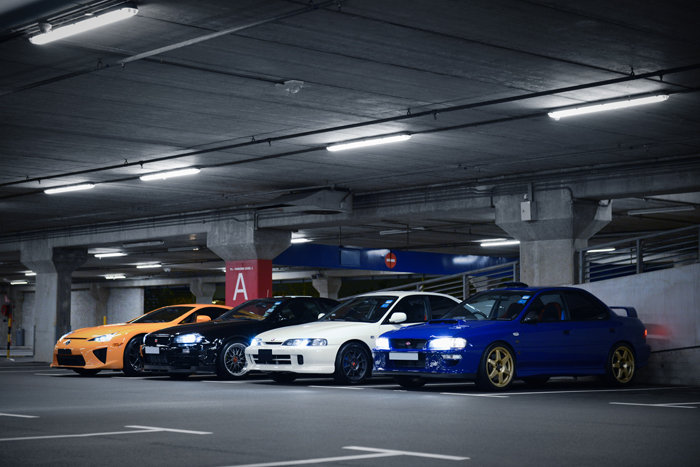 SINGAPORE - A friend recently said something that had me thinking, “The great sportscar makers from the late 20th Century that have endured till today seem to consistently come from the former Axis powers.”

We can’t think of many USA or UK sportscar brands that fit the bill, or continue to fire up the passions of car enthusiasts on a global scale.

Taking its one-off F1 roadcar of the 90s out of this equation, McLaren’s onslaught of street sportscars is a relatively recent phenomenon.

And before the vintage guys begin lighting torches and brandishing pitchforks, there was the wave of british ‘heavy metal’ sportscars and tourers post WWII.

However, apart from nostalgic whimsy, how many of those brands have endured and evolved along the same lines till today... or are still British-owned for that matter?

Apart from the exotic pantheon comprising Italian thoroughbreds like Pagani, Ferrari and Lamborghini, the other crop of evocative sportscars these days comes from Germany: BMW’s M, Mercedes-Benz’s AMG, Audi’s RS and practically every Porsche derivative – or if you’re more discerning, its purist GT models at the very least.

Well, we decided to embark on another one of our ‘just-because’ stories, since mid-90s/00s sportscars from the third former-Axis power are underdogs that only seem to appeal to a cult, underground following, in that sort of nudge-nudge-wink-wink fashion that separates true-blue petrolheads from brand-snob show-offs.

Perhaps it is our Asian roots that leads fair-weathered enthusiasts to revel in the relative exoticism of the European marques, where the flash-factor of the brand outweighs actual performance substance.

In any case, we don’t know and can’t really be ar5*d, since this means such pristine golden era Japanese ‘exotics’ remain in the stewardships of a passionate few. 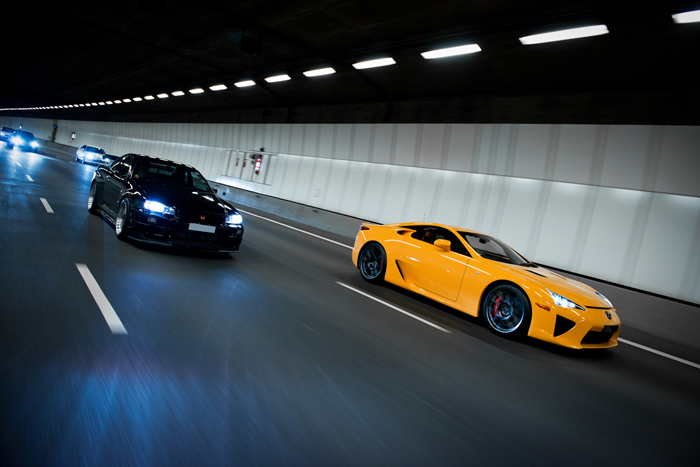 The biggest disservice any self-professed car-lover can accord to Japanese cult cars is to regard them as inferior stepping stones to European sportscars.

Don’t forget, it was Japan that gave us automotive anoraks the gritty, larger-than-life performance icons like the WRXs, Type Rs, GT-Rs way before the Fast and the Furious movie franchise or Sony Playstation’s GranTurismo game made it cool to be seen in JDM (Japan Domestic Models).

And how can we even forget Lexus’ more recent magnum opus, the LFA that was limited to just 500 units.

Think of the Japanese as self-restrained, conservative types? Then you clearly haven’t properly experienced the fruits of their full-on OCD approach to over-engineering and bang-for-buck performance that characterised their golden period of sportscars.

Back then, it was more about taking pride in creating something special, as opposed to today’s ‘see how much we can milk the buyers for’ mentality.

In any case, our ‘Ori-mental’ quartet here would make a pretty cool dream garage for any Japaholic out there. 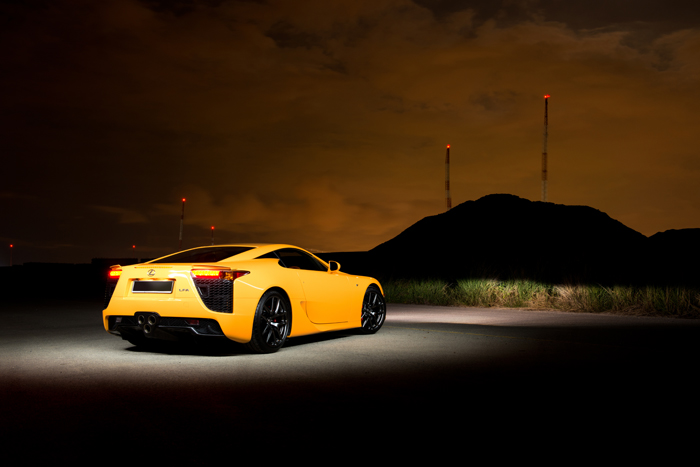 The original Honda NSX taught the world that a Japanese sportscar could be a force to be reckoned with, and Lexus’ magnum opus, the LFA, has appeared some 20 years later to take the fight to the Europeans again, this time in the super-sportscar segment.

We reckon the LFA is a product borne equally of pride and of vanity, which judging by the OCD-levels of over-engineering, passion and craftsmanship, Lexus has proven it is capable of delivering.

Of course, it would have been even cooler if it could make money of these truly special machines, because we understand that every one of the 500 cars sold was at a loss. 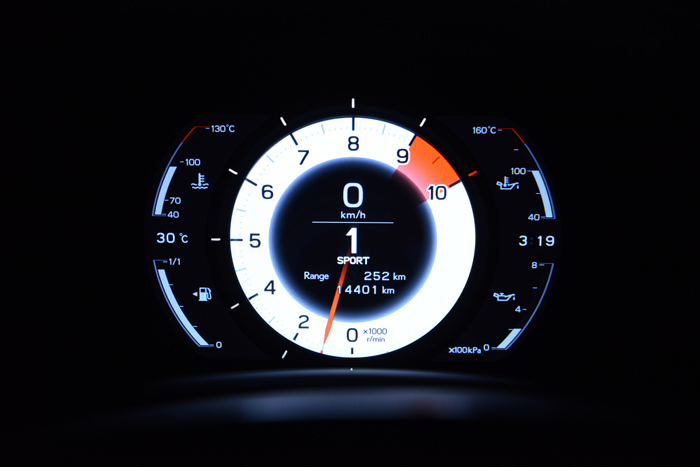 The dreamer in us feels that Lexus was embarrassed to pass the additional costs of development and production to their customers – we can appreciate this sort of relationship where the former does not take its customers for granted, but instead, tries to give them as much value as possible.

Contrast this against certain brands that won’t hesitate to make a quick-buck off their customers, particularly if their cars came close to the LFA’s advanced levels of technology and materials.

After all, for every good-natured Betty, there’s a Veronica waiting to use and abuse Archie, and he certainly enjoys going back for more, so what can we say? 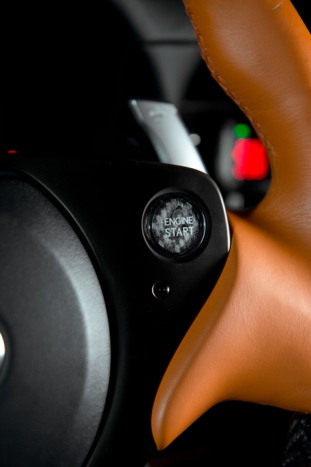 So what makes an exotic? Number of cars on the road, performance, aesthetics, soundtrack and emotion are just a handful of variables that assists our cognitive senses in determining if any car is deserving of the ‘exotic’ status.

The great many 458s, Gallardos and Aventadors roaming the streets tick-off the usual items on the check-list, but fall rather flat on their faces as far as rarity is concerned, and no, stickers and garish body-kits don’t count. 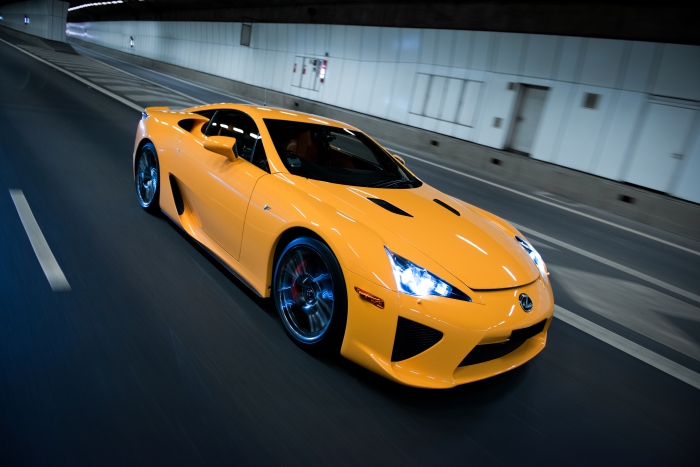 Despite the trash-talk bandied about by naysayers, the LFA has serious presence, sound and soul. Folks who say otherwise probably haven’t heard the story behind its gestation and birth, and have likely never been in one that was hammered to the redline.

Serious guff is thrown-up to question the LFA’s pedigree, or lack thereof, as far as the realm of exotic thoroughbreds is concerned. The LFA entered the gruelling Nürburgring 24 Hours race and won in its class three years running from 2008 to 2010, which helped further the development and tuning of transmission and engine mounts for the road-car, amongst other things. 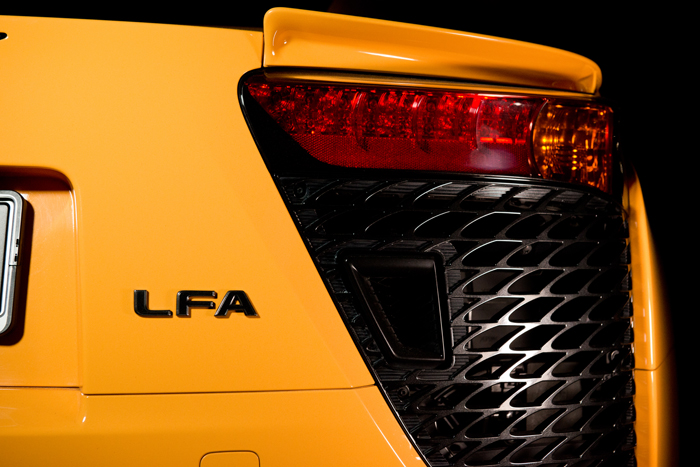 The car’s complex monocoque chassis and bodywork are crafted in-house, and is the fruit of the Company’s earlier dalliance in F1 that also complements its historical heritage as one of the world’s most advanced textile weaving companies.

This led to the development of sophisticated three-dimensional carbonfibre looms, which could create even the curved A-pillar structures on the LFA. CFRP accounts for 65 per cent of the LFA’s body-in-white weight, with aluminium alloys comprising the remaining 35 per cent – the shift to carbonfibre saved almost 100kg in bodyweight compared to an aluminium equivalent. 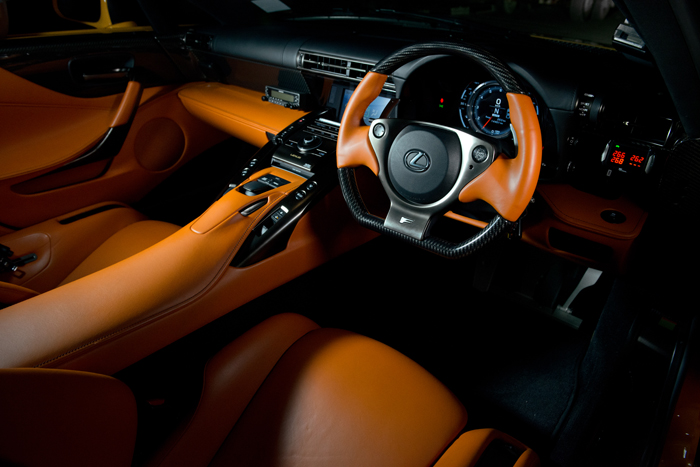 As one of our Facebook commenters rightly pointed out, some of you might be interested to learn the LFA has no cup-holders – it’s probably the only Lexus not to have them – but this is scarcely a deal-breaker when the complete package is such an evocative one.

The cockpit is a cosy fit for two, as are the luscious carbonfibre-backed butterscotch seats, which are both comfortable and supportive. 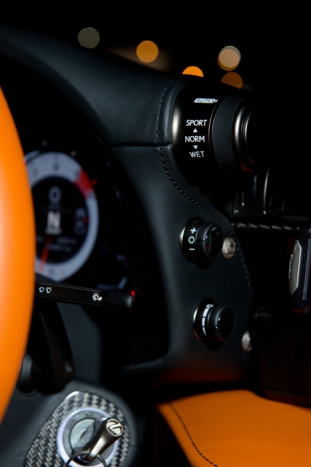 Driver-side configuration isn’t as confusing as you’d expect, although it’s different from the typical Lamborghini and Ferrari layouts.

Every element of the car is exquisitely finished, from the stitched leather and exposed carbonfibre weave on the doors, to the diddly instrument stalks that we imagine are sized that way to keep weight to a minimum.

All the elements for driving are clustered around the driver and the instrument binnacle, including a prominently mounted rotary Mode Dial for the transmission that is oddly reminiscent of the R32 GT-R’s headlight controls.

Like all proper sportscars, you insert and turn the key before engaging the starter-button on the steering wheel.

In keeping with most semi-automated transmissions, flicking both paddles towards you engages Neutral, which is strongly suggested before toggling the separate ‘R’ lever for reverse.

For such extreme sportscar applications, we tend towards the lightweight single-automated transmission for its more natural and at times, brutally precise shift quality in its fastest shift mode – none of that dual-clutch fluffiness for us, if you don’t mind. The acoustics of the rousing V10 were specially tuned by long-time engine partner Yamaha to replicate the sound of F1 engines of that era.

The rich, full sound of the 4.8-litre V10 envelopes you in a sonic cocoon as it soars towards the upper reaches of the sound spectrum and the car explodes with righteous fury. To outward observers, the rear styling may look oddly incomplete, as though it’s missing a rear spoiler of sorts, and that’s when you notice the aero sculpture rising silently and smoothly in homage to the V10’s rising wail as the engine rips towards its redline and the triple-barrelled tailpipes trumpet out the beginning of the Armageddon.

Each gear is dispatched almost nonchalantly on its way to sixth with the Sport meter pulsing red-to-RED ALERT as the needle closes in on the redline each – it’s easy to see how it will effortlessly touch its 325km/h top speed. Even though it can, the LFA isn’t the sort of exotic you’d want to task with everyday chores – the fact it turns every journey into an occasion only means each trip should be memorable and not mundane. The tinge of lightness about its controls and steering belies the steady stream of communication you get from the seat-of-pants and steering wheel, yet there’s always enough feel for precise modulation, especially from the carbon-ceramic brakes. This LFA owner has had the opportunity to drive the usual exotic suspects from Ferrari, Lamborghini and McLaren, but still regards the 430 Scuderia as the best driver’s road-car he’s ever driven, and the LFA is now right up there with it.

He tells us, “Lexus’ relentless pursuit has certainly resulted in automotive perfection with the LFA.”