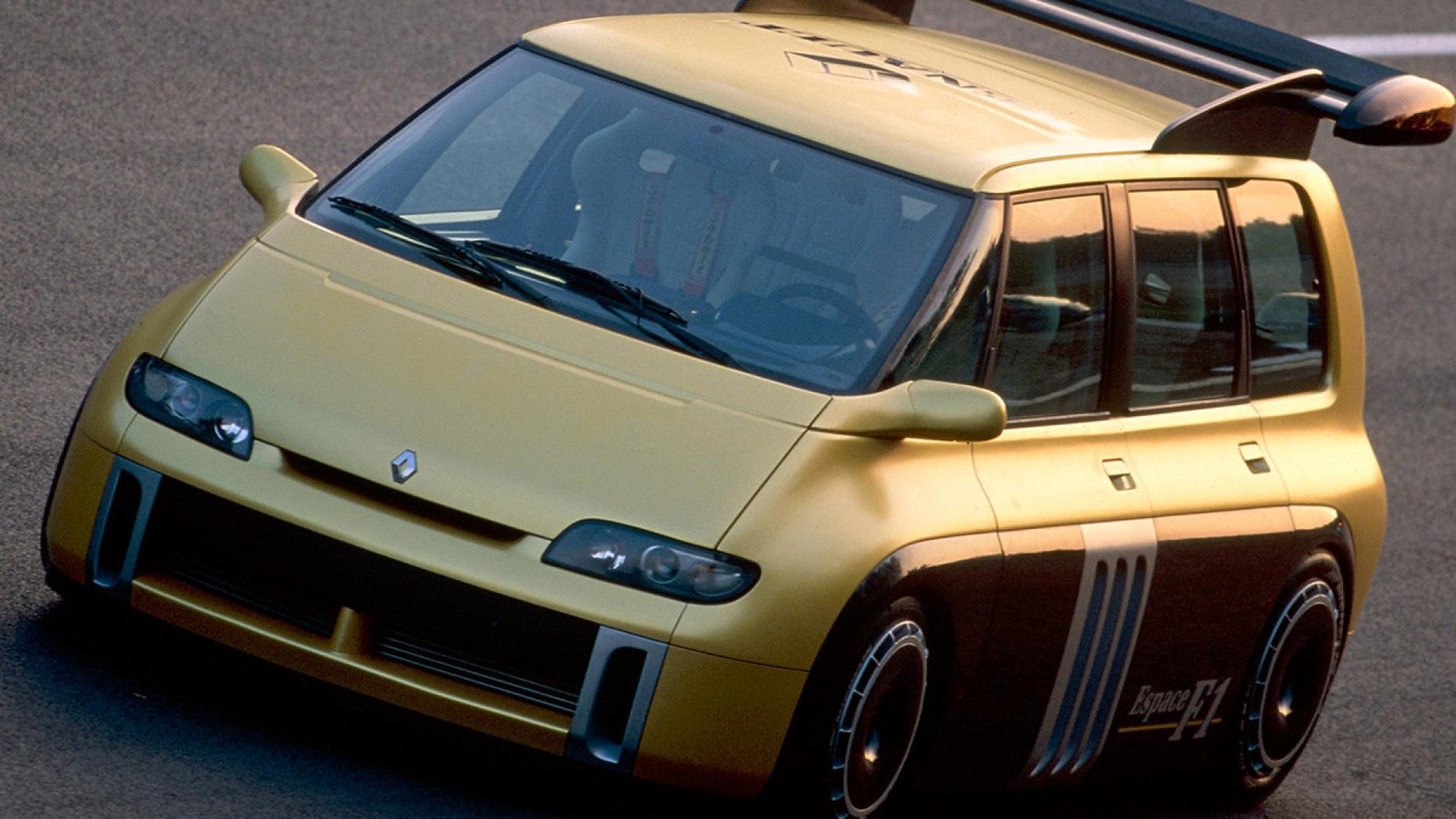 What’s this muscular beast of burden all about?

It was coming up on the Espace MPV’s 10th birthday, and obviously Renault wanted to celebrate this auspicious occasion (before the MPV was invented, large families would have to travel in two or even three separate cars and communicate with walkie-talkies) in grand style. What better way to commemorate the landmark event than marrying up the bestseller with another successful Renault endeavour, F1.

They could have just painted the Espace in Renault’s racing colours and glued a few bits and pieces on, but no – the French company commissioned its Espace production partner Matra to make one of the MPVs with an F1 engine powering it. 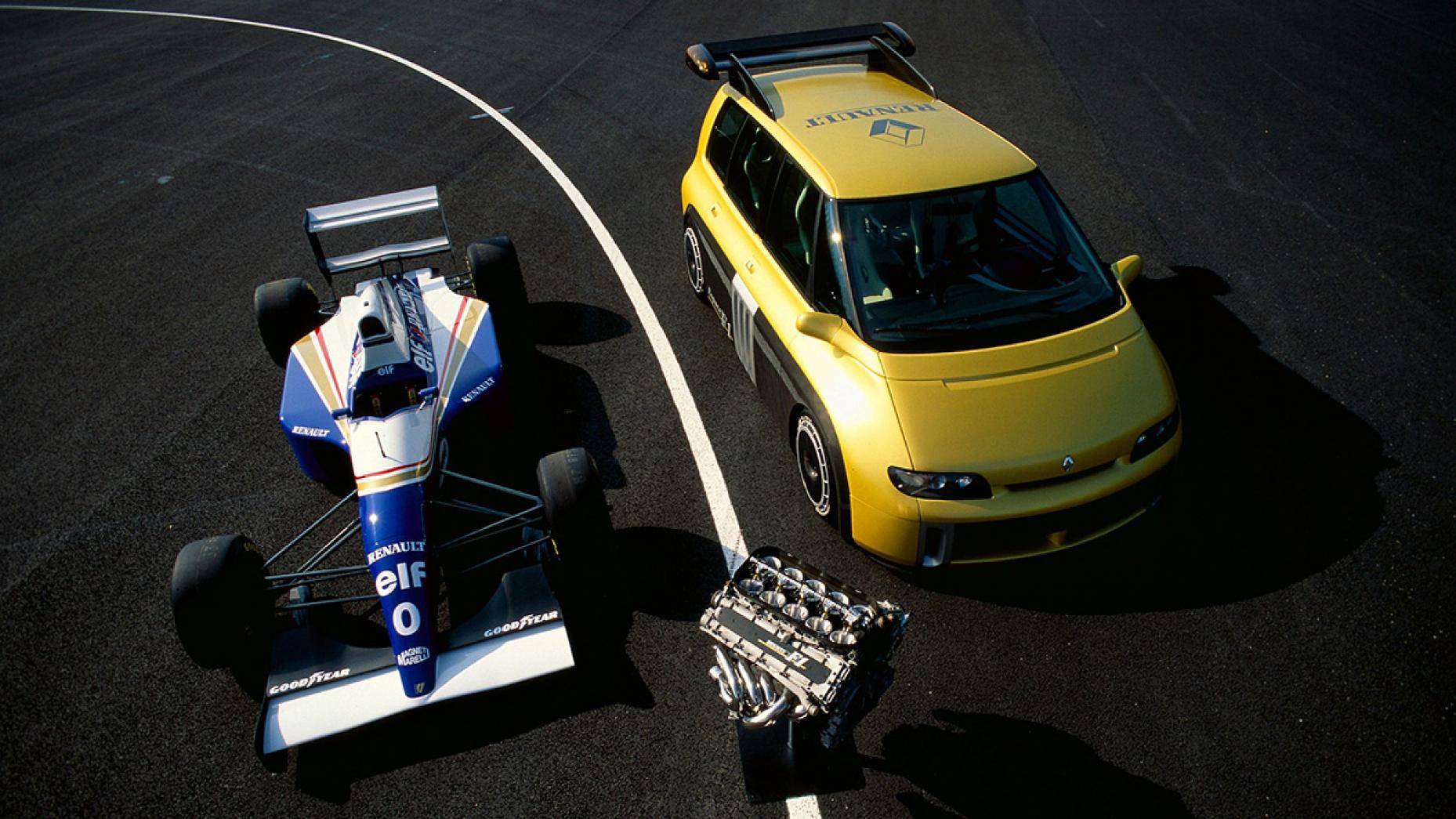 Crazy? Mais non. Inspired? Oui. Manufacturers often talk about the trickledown impact that they would like F1 to have on their model ranges, but this is a gushing explosion of racing technology. A very impractical, but wonderful idea.

The gubbins underneath had not long won the constructor’s title and taken Alain Prost to his fourth driver’s trophy, and they even managed to extract more power out of the engine than it had while racing in the fastest series of them all. 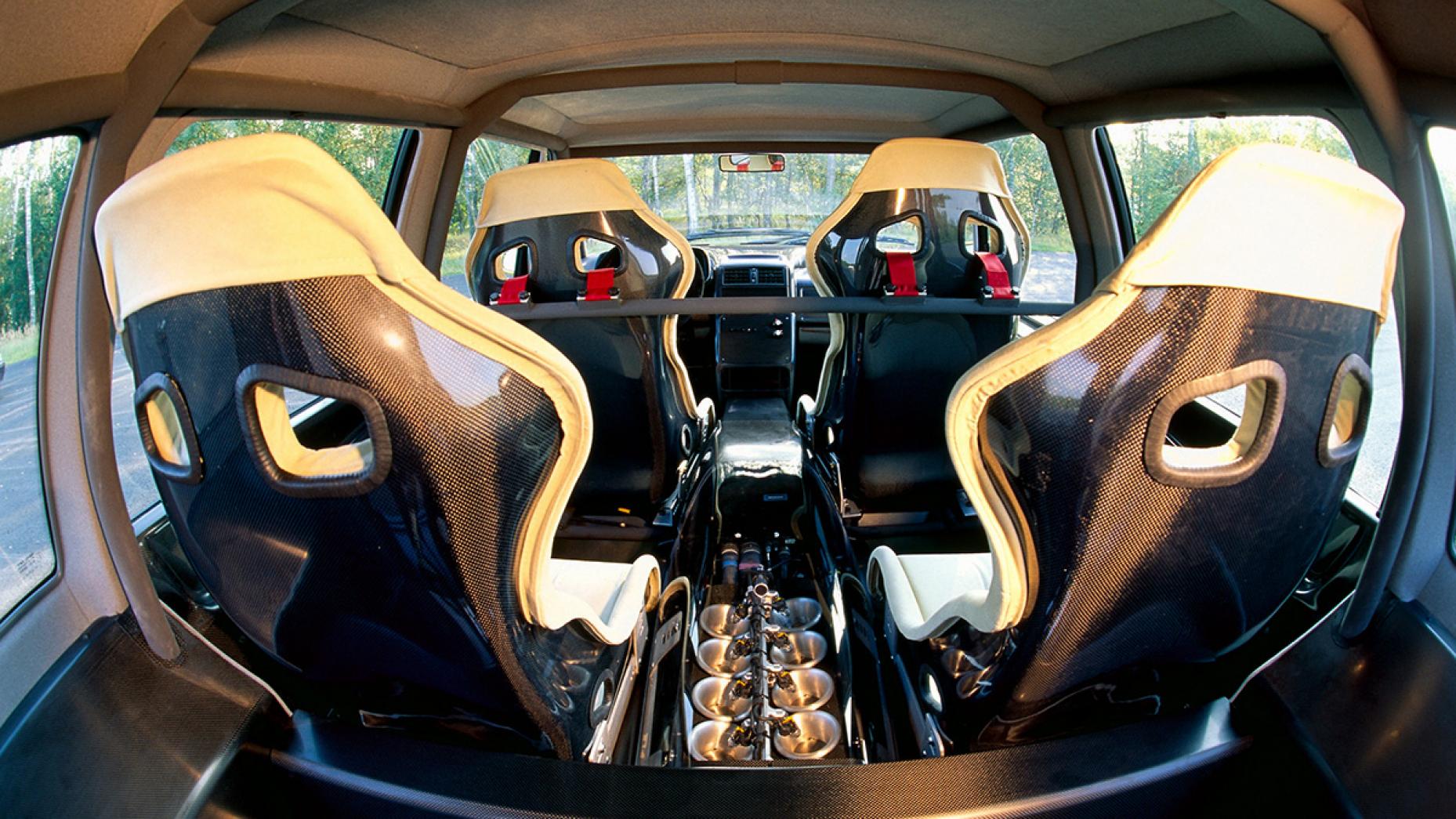 So what’s under the bonnet?

This beast of an engine isn’t so much under the bonnet as running through much of the cabin – rear passengers would have to be careful not to lose their colouring pencils or glasses in those intake trumpets sitting between the second row bucket seats.

The mid-mounted V10 F1 engine was yoinked straight out of Alain Prost’s FW15C from 1993, a double title winning car. 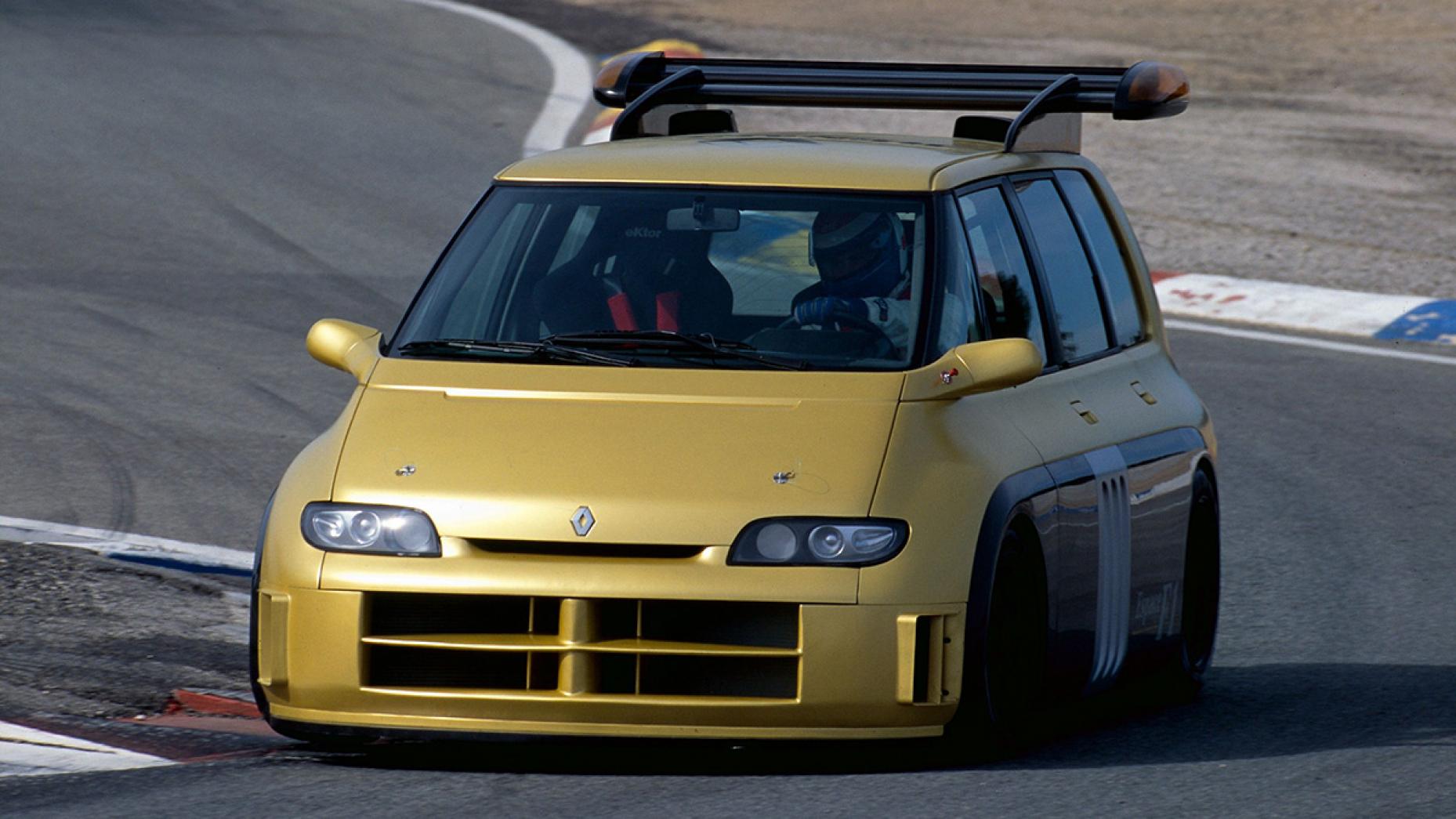 Are there any special concept car touches, or is it all about the engine?

In many ways the Espace F1 concept was well ahead of its time. The carbonfibre-reinforced bodywork was an early hint at the need to cut down on unruly weight gains in modern cars, and the four-seat layout clearly another nod to the fact that lifestyle-oriented buyers would end up seeking out less practical but more ostentatious cars. And you can’t get any more in-yer-face than an Espace with a V10 F1 engine.

The rear part of the Espace F1’s chassis was also taken straight out of the Williams racing car, again pointing to increased use in the future of shared architectures between models to cut down on production and engineering costs. Very smart stuff. 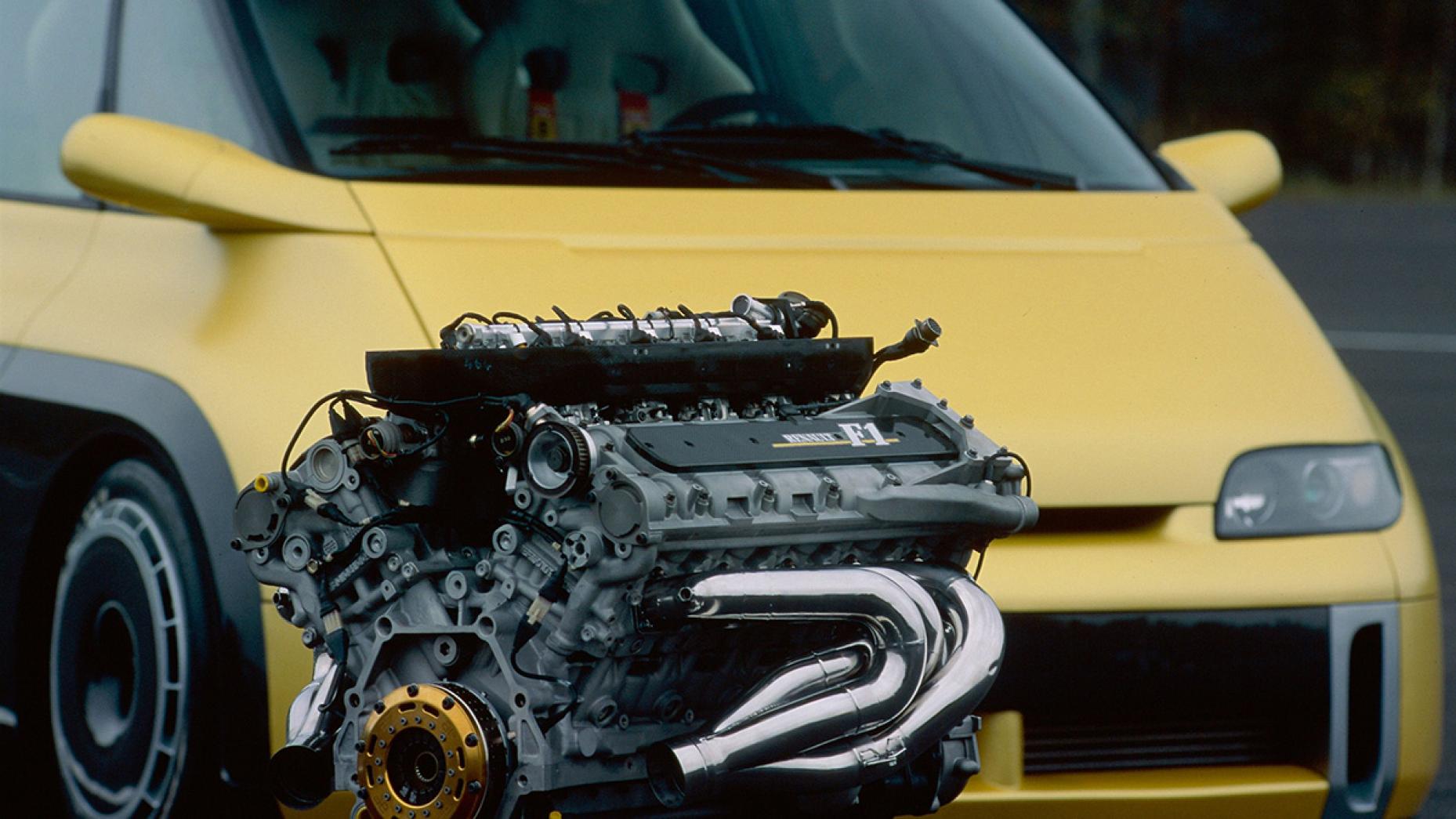 Did Renault ever release any numbers?

Did they. The Espace F1 concept was as terrifyingly brisk as you would imagine. It weighed in at 1,300kg, did 0-100km/h in 2.8secs and had a top speed of 310km/h thanks to the 3.5-litre V10 motor that produced 800hp and 705Nm and could rev up to 13,800rpm, mated to a six-speed semi-automatic sequential gearbox. All this despite having the aerodynamics of a bouncy castle. 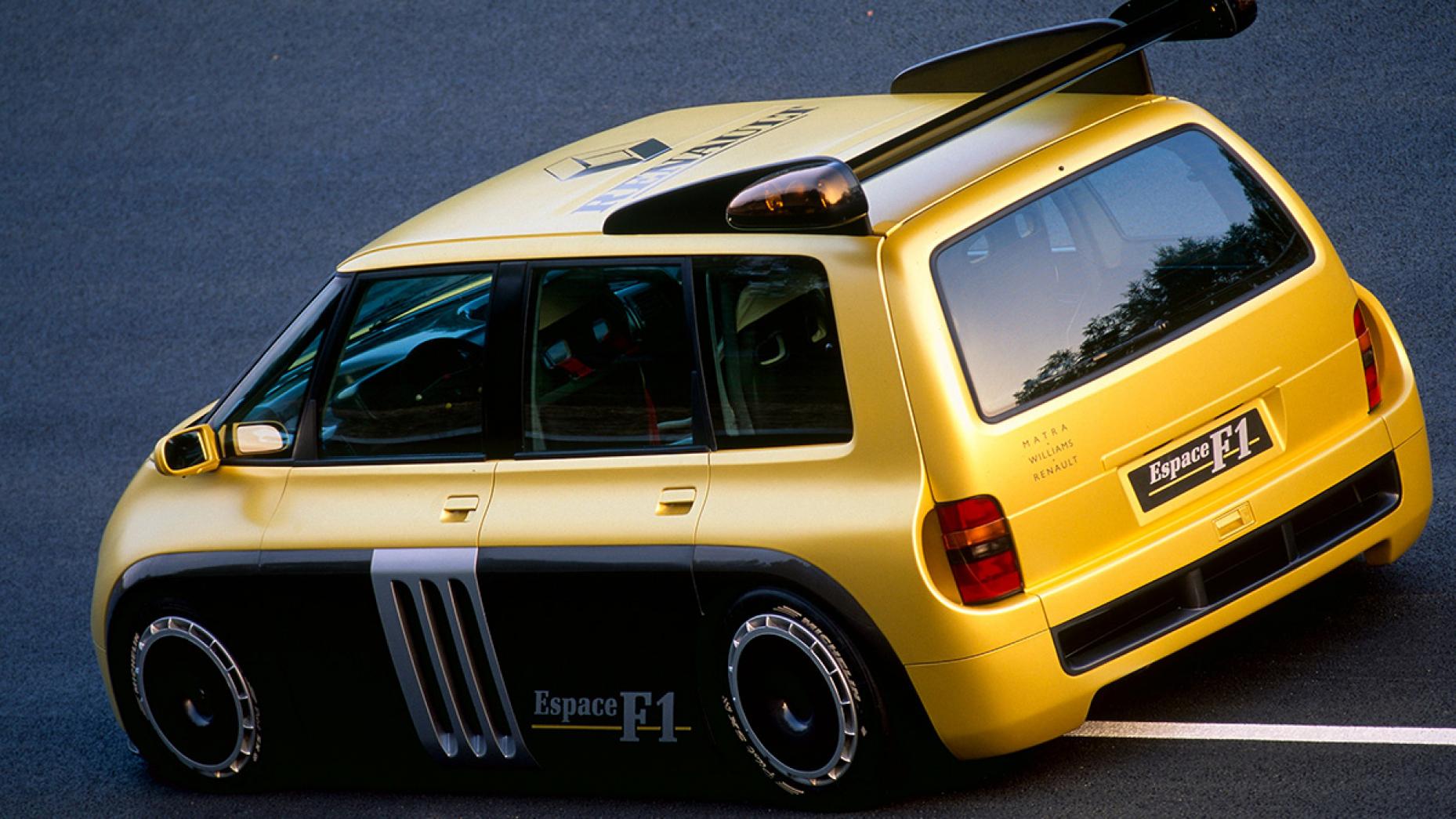 Surely an F1 engine would have been a compromise too far for the Espace?

Well sure, if you’re going to be all ‘sensible’ about it, but the Vauxhall Zafira VXR did alright for itself. Although it didn’t have an F1 engine and still managed to keep a normal cabin, with its seats and radio and all that. But think about it. The kids would adore doing the school run in helmets and six-point harnesses.

The LSD and traction control system were probably working overtime on the move to keep the thing on the road and the rock hard suspension would probably give you a spinal injury over speed bumps, but these are all mere details. Putting the Espace F1 concept into production was a no brainer. 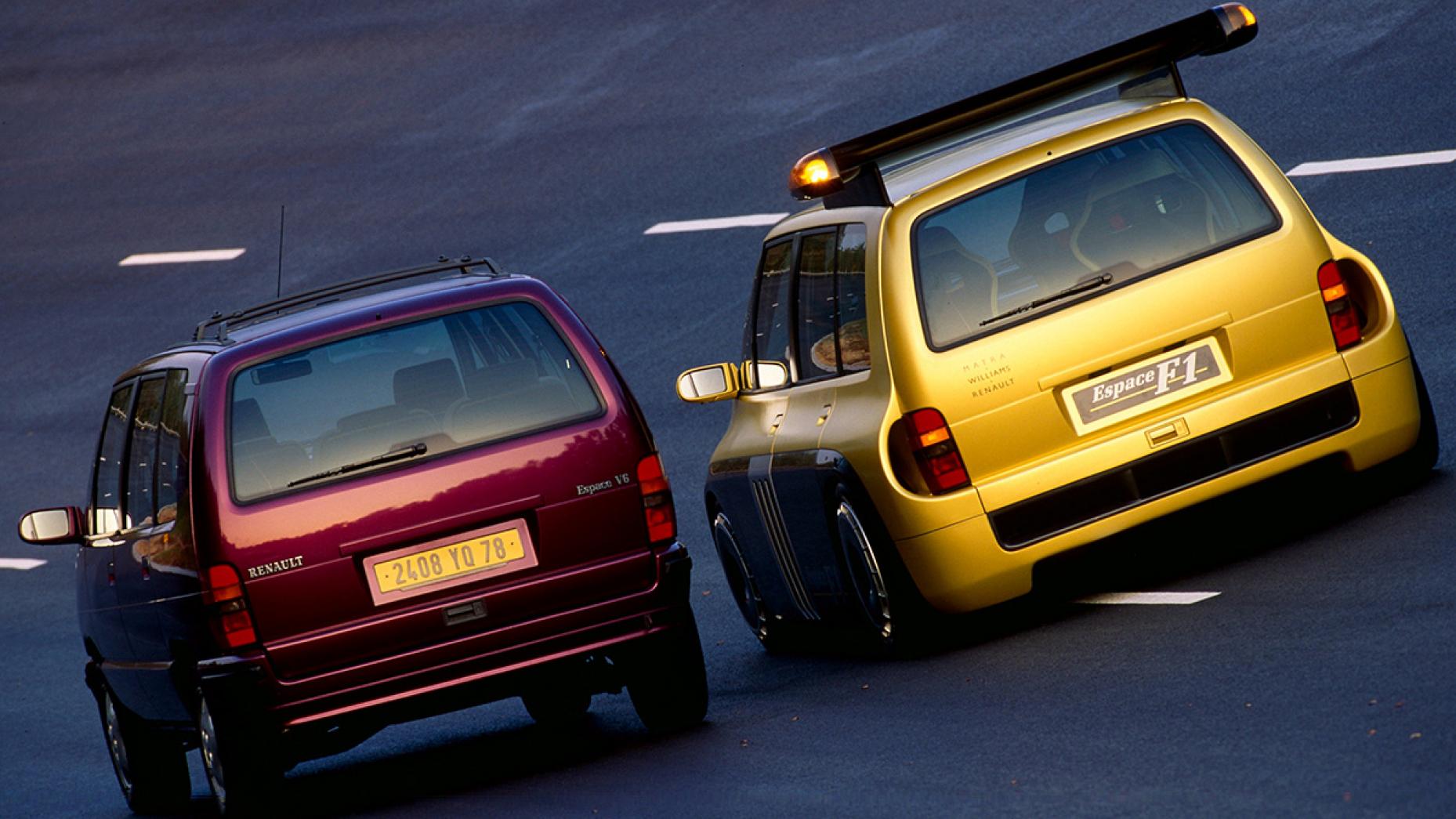 Could the Espace have been saved if this had gone into production?

It was a sad day when Renault announced that the fifth generation Espace wouldn’t be sold in the UK due to waning interest. The F1 version would almost certainly have turned the car’s fortunes around.

The F1 Espace would have immediately knocked all supercar rivals firmly off their perches with its incredible performance combined with inherent practicality. Not only that, it might have saved the MPV as a breed and halted the relentless onward march of the SUV before it had even started. A tragic missed opportunity. 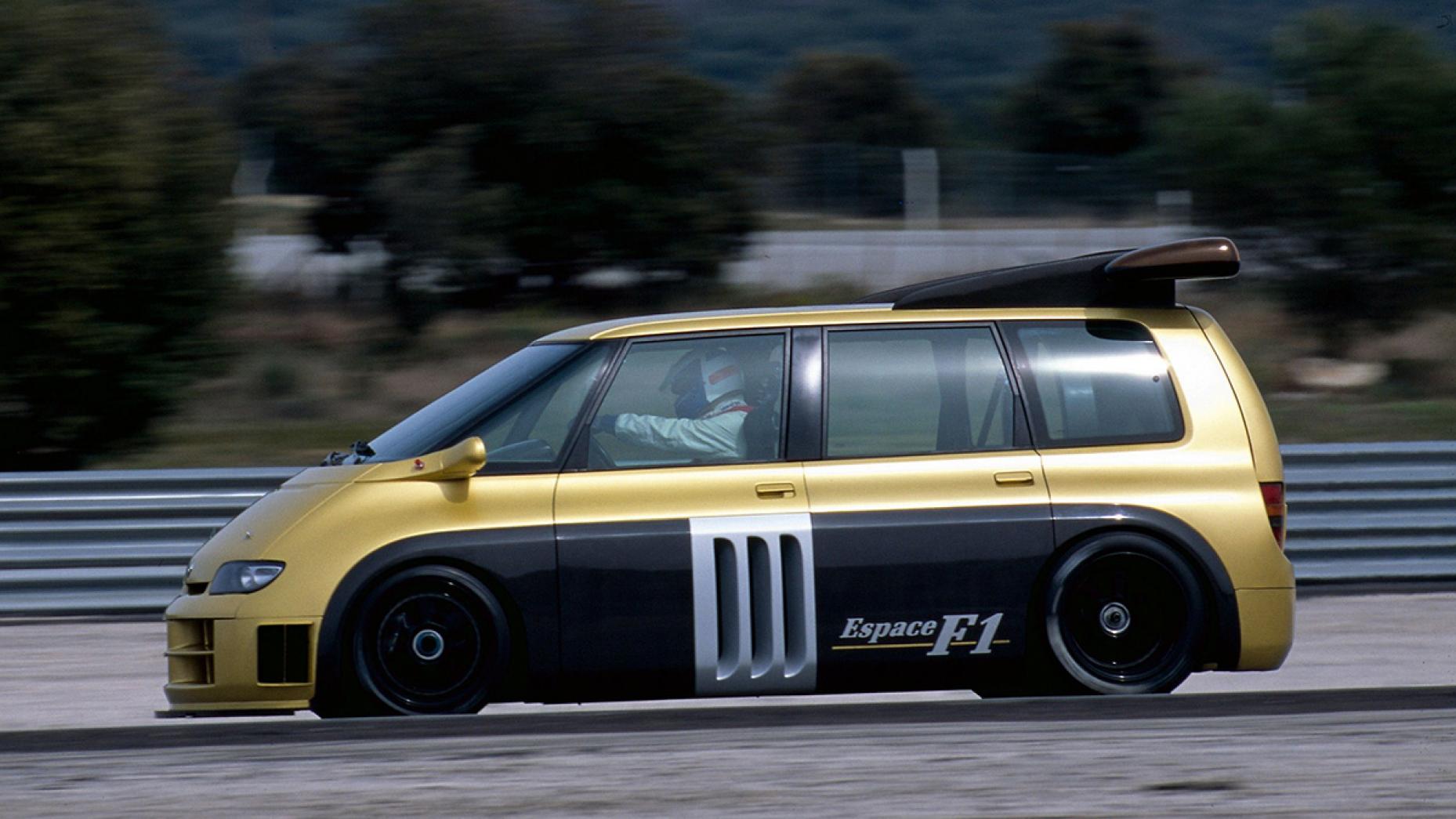 Whatever happened to the Espace F1 concept?

The car was used for demo runs and the likes of Alain Prost and David Coulthard got to have a go in the car, DC even getting to take out Frank Williams for a quick jaunt during an event in 1995. He drove for McLaren in 1996 – coincidence?

There were two examples built of the car – one is a static model (boo) that sits in Renault’s own collection, while the working example (yay) is at the Matra museum in the Loire Valley in central France.

You can actually have a go at driving the Espace F1 yourself, but mainly through the medium of Gran Turismo 2, which was released in 1999. Maybe it’s time to fire up the Playstation 2… 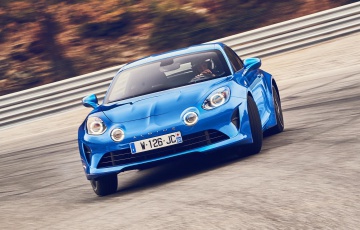