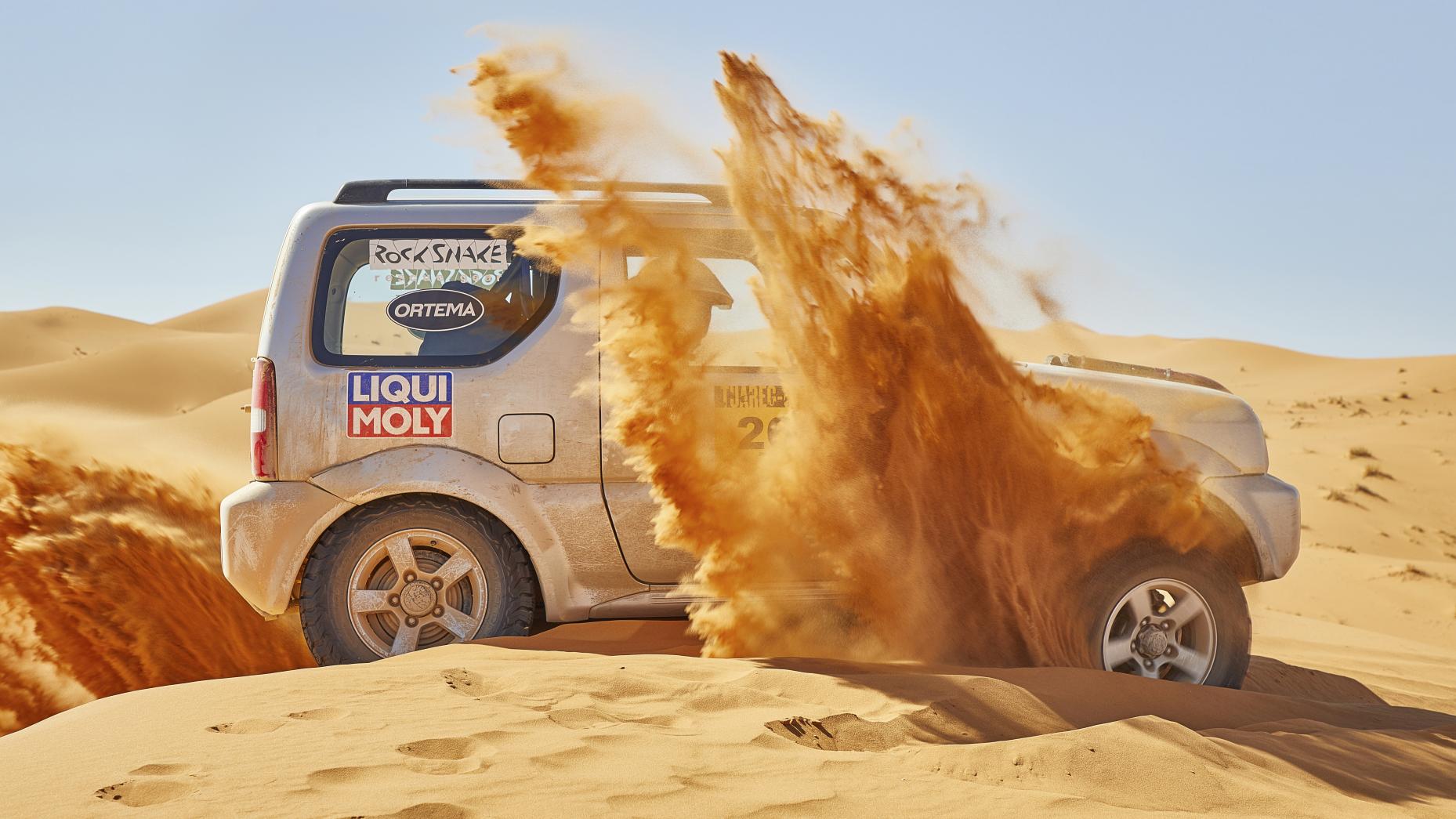 One of the most important things to ascertain before driving off-road is the surface that you expect to travel across. Dust, sand, mud, snow or hard-packed dirt all take different setups and different approaches. If you look under your car and see a solid, black amalgam of bitumen and aggregate, you are, in fact, still on a road. And this, while an exceptionally important part of day-to-day driving, is not what we’re after here.

Mud will require special mud tyres (go figure), while grass only requires regular tyres and a feather touch. In general, keep your inputs steady and smooth, but this goes double on gravel and small rocks. Snow and ice also require specific tyres, but are among the most fun surfaces to drive on when you have them. Sand and big rocks are best tackled after ‘airing down’ your tyres – i.e. letting the air out until you’ve only got about 15PSI in each tyre.

Before doing this, however, always make sure you have a way to pump them back up, because running tyres at 15PSI on the road is a wonderful way to blend hysterical with hospital. 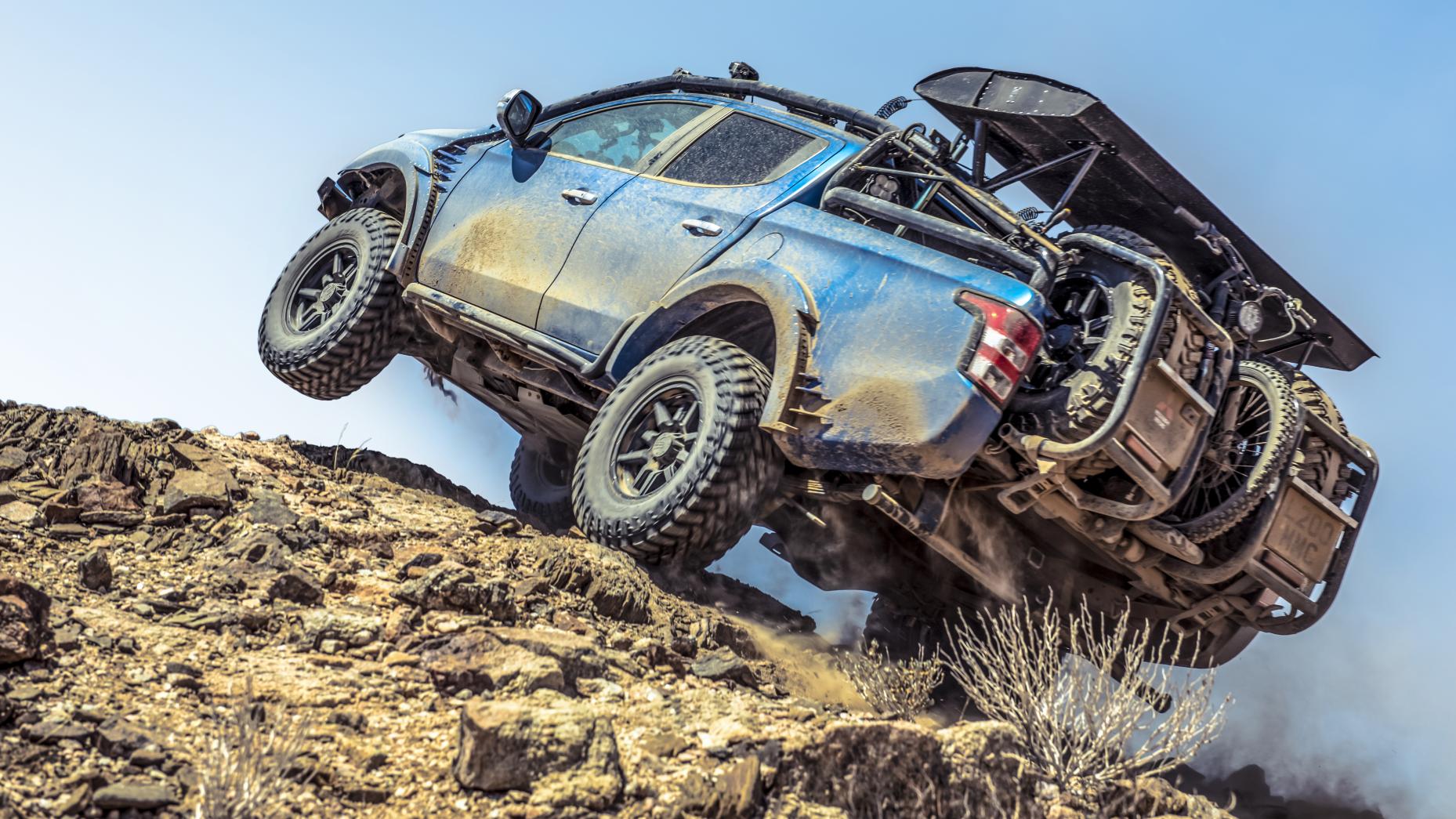 Make sure you've prepared a bit

Part of the reason that city types find off-roading so interminably dull is the vast preparation needed for a weekend out in the sticks. It could also be that, once in the sticks, the ‘fun’ seems to revolve around driving very slowly along an uncomfortable track, getting more bounced than a Zapp song and wading through freezing-cold mud for hours on end. But we digress.

Regardless of what the second-hand-record-store crowd thinks about off-roading, the fact remains that preparation is key. And that means preparing your car, preparing yourself, and preparing your inner-city friend for a weekend without oat milk flat whites or a single morsel of food served from a Citroen H van.

First and foremost: always make sure to carry enough fuel. Through bitter experience (including that one time running out on the Sydney Harbour Bridge), we’ve found it’s best to check, then check again, then take the worst-case scenario and play it safe from there. Technical off-roading will tank your fuel consumption until it resembles… well, a tank’s, so always err on the side of caution.

Your off-road rig should have, at the very least, some tow hooks and a couple of recovery ropes or snatch straps. If you want to splash cash on a compressor, you can air down and back up as often as you like. Splash some more on winch and you’ll be more self-sufficient should you get stuck.

You’ll absolutely need to take water. Make it potable (i.e. drinkable), but take enough so that you’re OK to use a bit in the radiator, or to wash your hands after all that time spent in those grubby out of doors areas.

Other good ideas include a torch, a mobile phone charger and some long-life food. If you’re going somewhere cold, blanket and a thermos of hot soup can be a figurative (or literal) lifesaver. A detailed topographical map of the area is equally skin-saving.

From there, you can make your off-road adventure easier / more manly with appurtenances like a machete, shovel, chainsaw, gloves and many other things that will make you look like a murderer. Be sure to secure all of your equipment; it gets pretty bouncy out on the rough stuff, and a chainsaw to the back of the head hurts just as much as you think it will.

Finally, tell someone where you’re going and when you expect to be back. Of course, if your new-found interest in off-roading is to fake your death / hide a body / explore creative new heights of fly-tipping, you may want to re-evaluate this step. And also your life goals. Make sure you've got the right tyres

Let’s face it: tyres are the most important, and least interesting, facet of driving. There’s a reason that Crofty blathers on about them ad infinitum during F1 races, and it’s not only because he’s trying to commentate on an increasingly dull spectacle. It’s because that all the power, torque and fancy suspension in the world is as useful as a glass hammer without those slightly world-killing black circles working as they should.

Each tyre has been designed with a purpose in mind. For instance, mud tyres have heavy construction and big tread blocks to survive in the wilderness, digging and clawing through goop (the regular, non-insane Gwyneth Paltrow type).

All-terrain tyres have stronger construction than highway tyres, so sharp rocks and logs don’t puncture your tyres before you’ve made it half a mile in your intended direction.

And we’re reliably informed that our spare tyres are what happens when one eats too many biscuits and doesn’t get any exercise. 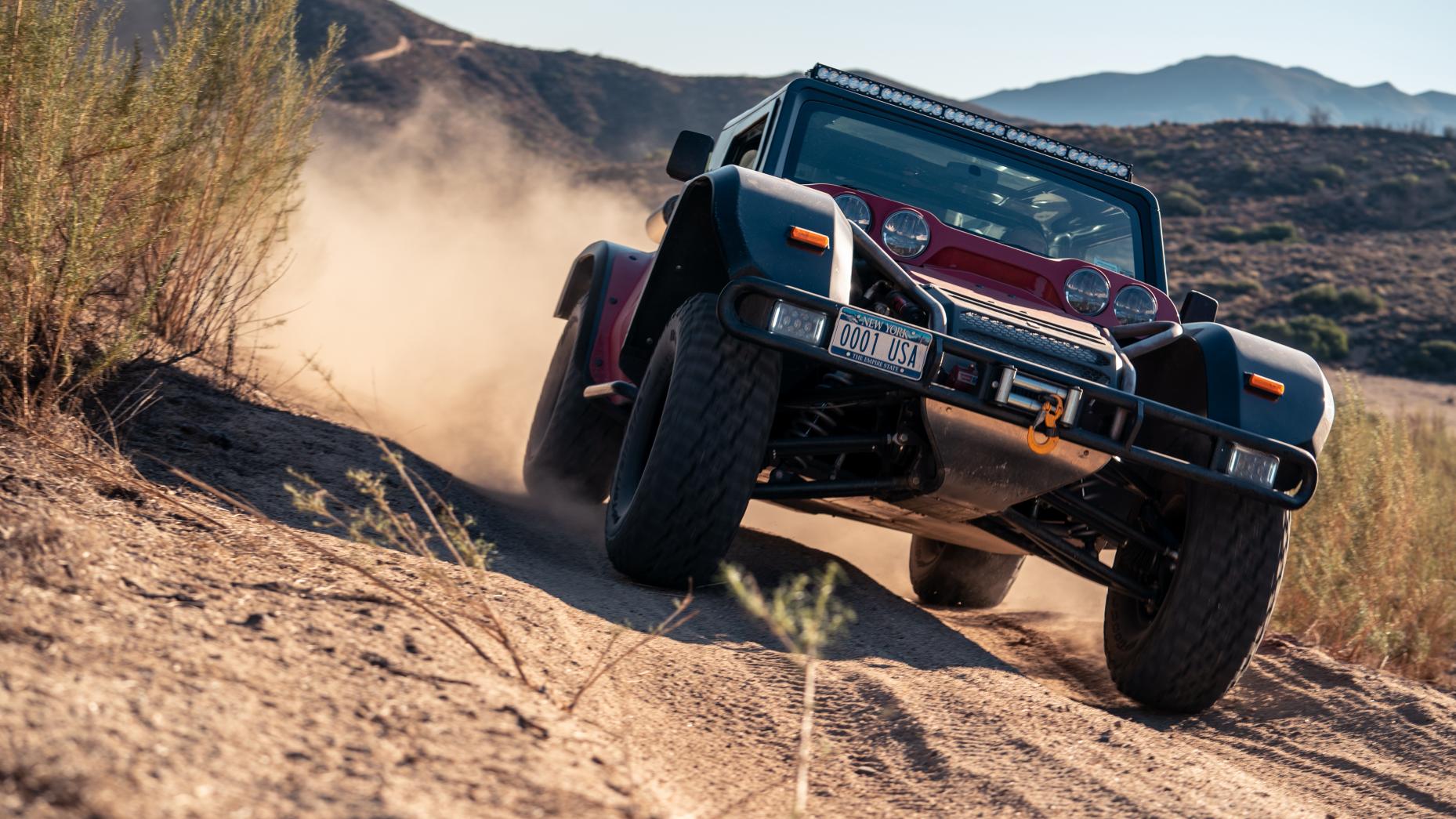 Make sure you've got the right kind of... car

Now it’s time to assess the off-road capabilities of your car. On hard-packed, dry dirt and well-maintained gravel trails, all you’ll really need is a bit of ground clearance, tyres with rubber on them and some fuel in the tank. But that goes entirely out the window when you want to tackle mud, wet grassy hills, steep inclines or roughly anywhere in Utah.

For the purposes of clarity (and possibly condescension), we’re going to distinguish between 4WD and SUV. A 4WD is a vehicle built to go off-road, so it’ll have equipment like a low-range gearbox and locking differentials, as well as good wheel articulation, ground clearance and approach/departure/breakover angles.

An SUV, on the other hand, is an inexplicably popular automotive dead-end that combines the worst on-road features of a 4WD with all of the off-road capability of an estate car. But what is all the equipment we’ve just talked about?

Well, low-range is a means to multiply torque at the expense of wheel speed. This is useful off-road, because you can use the additional torque on offer at low speeds to climb and descend hills at low speeds, without labouring or stalling the engine. It’s also great if you want to revive ghost-riding the whip.

If you don’t know how differentials work, can we please point out perhaps the very best explanation of all time, with this helpful video… from 1937. But this ability to let one wheel spin without the other isn’t all that useful in slippery off-road situations. So locking diffs use a clutch arrangement to lock both wheels’ rotation to each other. A locking transfer case (or centre diff) allows the same 50-50 split, but this time between the front and rear axle.

Ground clearance is a fairly self-explanatory concept, but it also affects approach, breakover and departure angles. Simply put, the bigger they are, the more extreme the obstacle you can climb. Long overhangs, winches, big bull bars and the like will ruin approach and departure angles.

Articulation is how far a wheel can move up and down in relation to the body of the vehicle. If wheels can’t articulate, they may have trouble getting their point across… er, maintaining contact with the ground. And one of the main things we’ve found with tyres is that, for traction, wheels generally need to touch the ground. 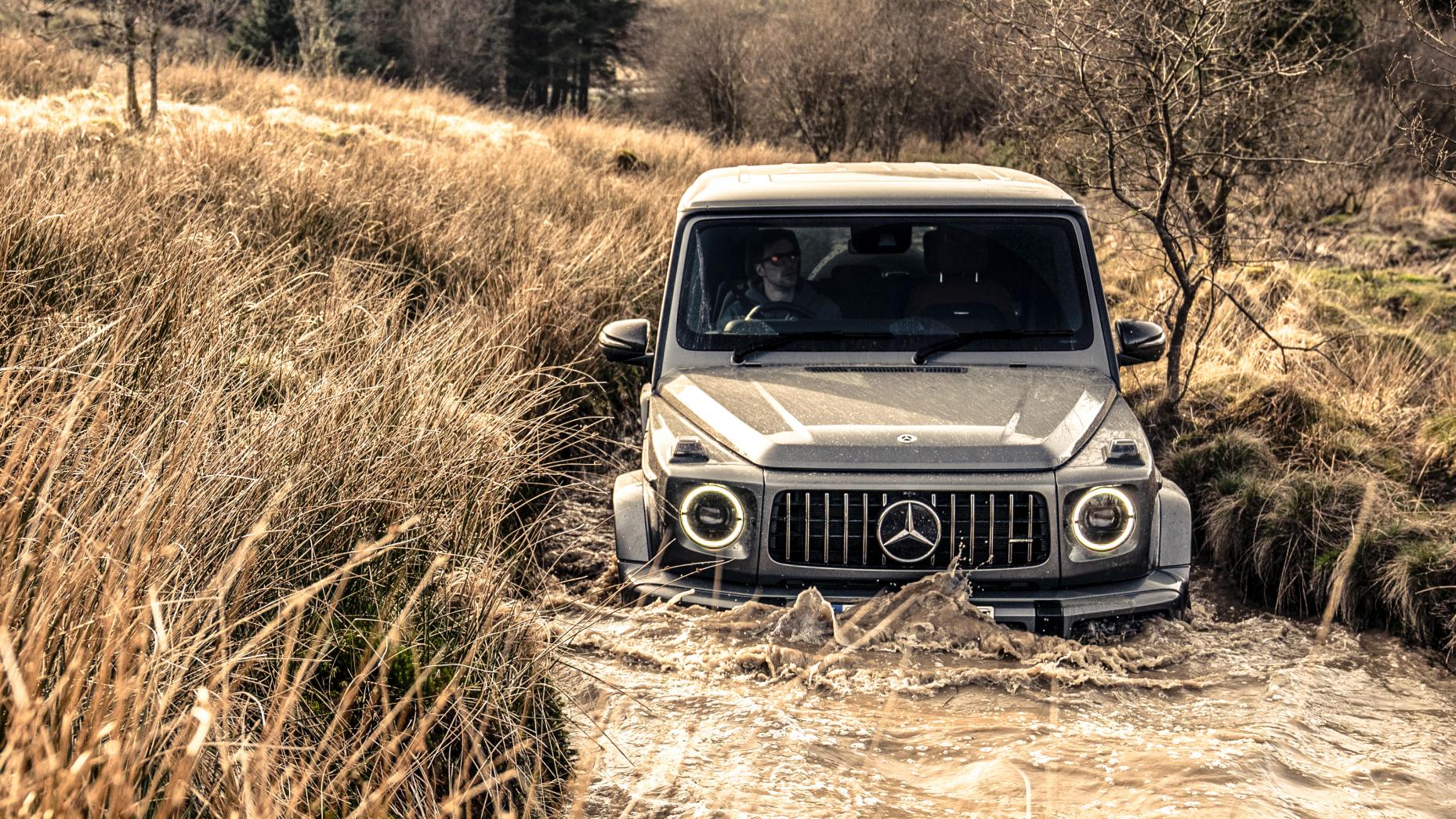 Make sure your inputs are consistent and constant

Much like someone trying to ditch their virginity, expectation and preparation can only take you so far. When you – and, exceptionally importantly, your off-roading buddies – feel ready to explore the great unknown, it’s time to hit the absence of a road.

What’s important here, to condense it into a maxim, is consistent input and constant monitoring. You want to keep momentum to carry you along, and applying throttle and braking like your legs are pneumatic pistons is a great way to get stuck, break your off-roader and spend an otherwise lovely Saturday stuck out in the countryside, wondering whether it’ll be the emergency services, some cult members or a John Jarratt in Wolf Creek kind of person.

When it comes to off-road driving, you should always try to emulate the pace of your average public servant: as slow as possible and as fast as necessary.

The best way to think about it is in terms of an inverse ratio. The more grip you have, the less momentum you need, and vice versa.

Read the terrain ahead and modulate your driving accordingly. Will you need to lock your diffs, change gear or build up momentum? We don’t know! We’re not the ones driving. But you should probably know the answer to this. 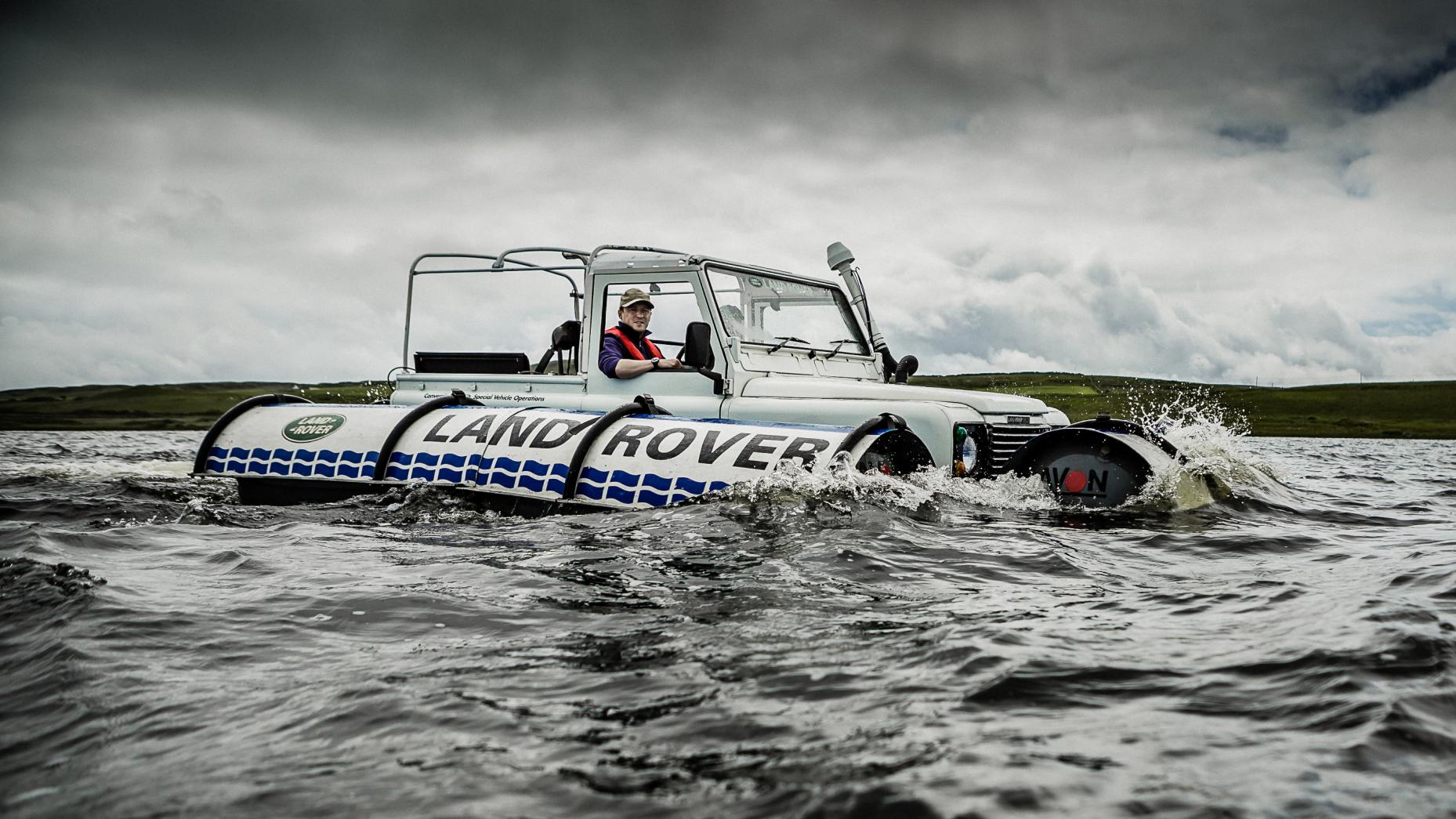 Driving through water is generally a bad idea, unless your last name is Bond and you have a very special Lotus. But, if you have a prepped 4WD, you can wade – with the caveat that even a foot of fast-flowing water is enough to pick up a car and two feet is enough to send it tumbling downstream. But for regular water crossings, the following rules generally apply.

Get out and check the depth. This may mean wading into the water yourself, so, y’know, enjoy that. Wading into some rivers is inadvisable, such as roughly any in Australia, as there will generally be a stonefish / crocodile / bull shark / discontented platypus in there, ready to make your day infinitely worse. OK, it probably won’t be the platypus that gets you, but if it does, don’t say you weren’t warned.

So, safely back with your 4WD, make sure water won’t go into places it shouldn’t, like air intakes. Yes, diesels are less susceptible to water ingress because they don’t have spark plugs, but they’ll enjoy trying to run on muddy water about as much as petrols.

Engage all the diff locks and so on that you have at your disposal, then enter with momentum, if not blistering speed. Keep the revs up to maintain momentum and push a bow wave from the front of your vehicle. Then either celebrate your crossing or call for help, depending on your success. 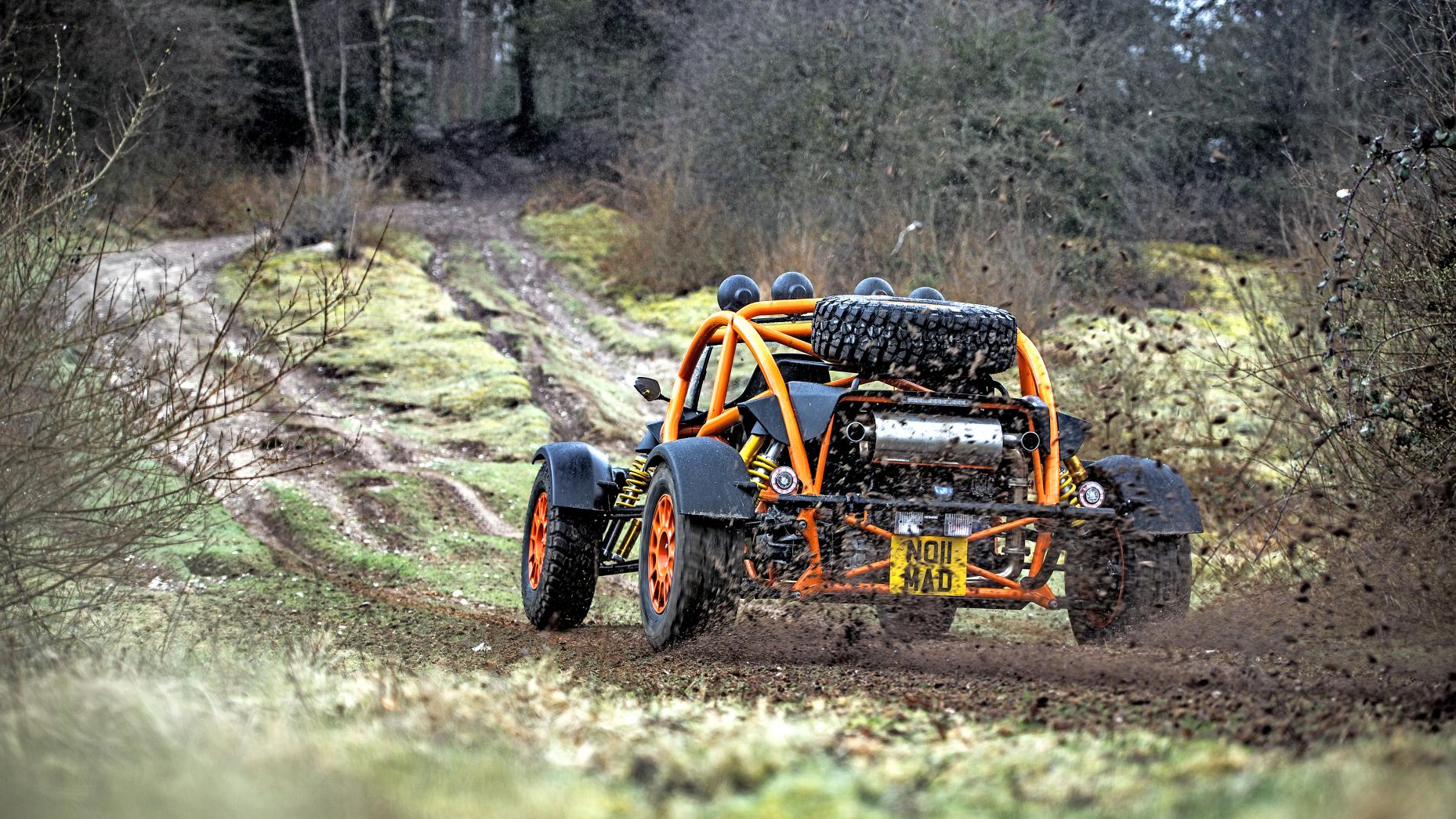 Make sure you're prepared for inclines

When climbing steep sections, make sure that your car isn’t close behind anyone else’s. If they stuff up and come tumbling down, it’s much easier to effect a rescue / laugh at their misfortune if you’re not currently buried under 1.8 tonnes of Jeep.

When you get to tricky uphill sections, accelerate up the hill until you reach the crest. Or, if you want to create a spectacular jumping shot – and are ready for a spectacularly large bill at the mechanic / physio – keep accelerating over the crest for the full Dukes of Hazzard experience. 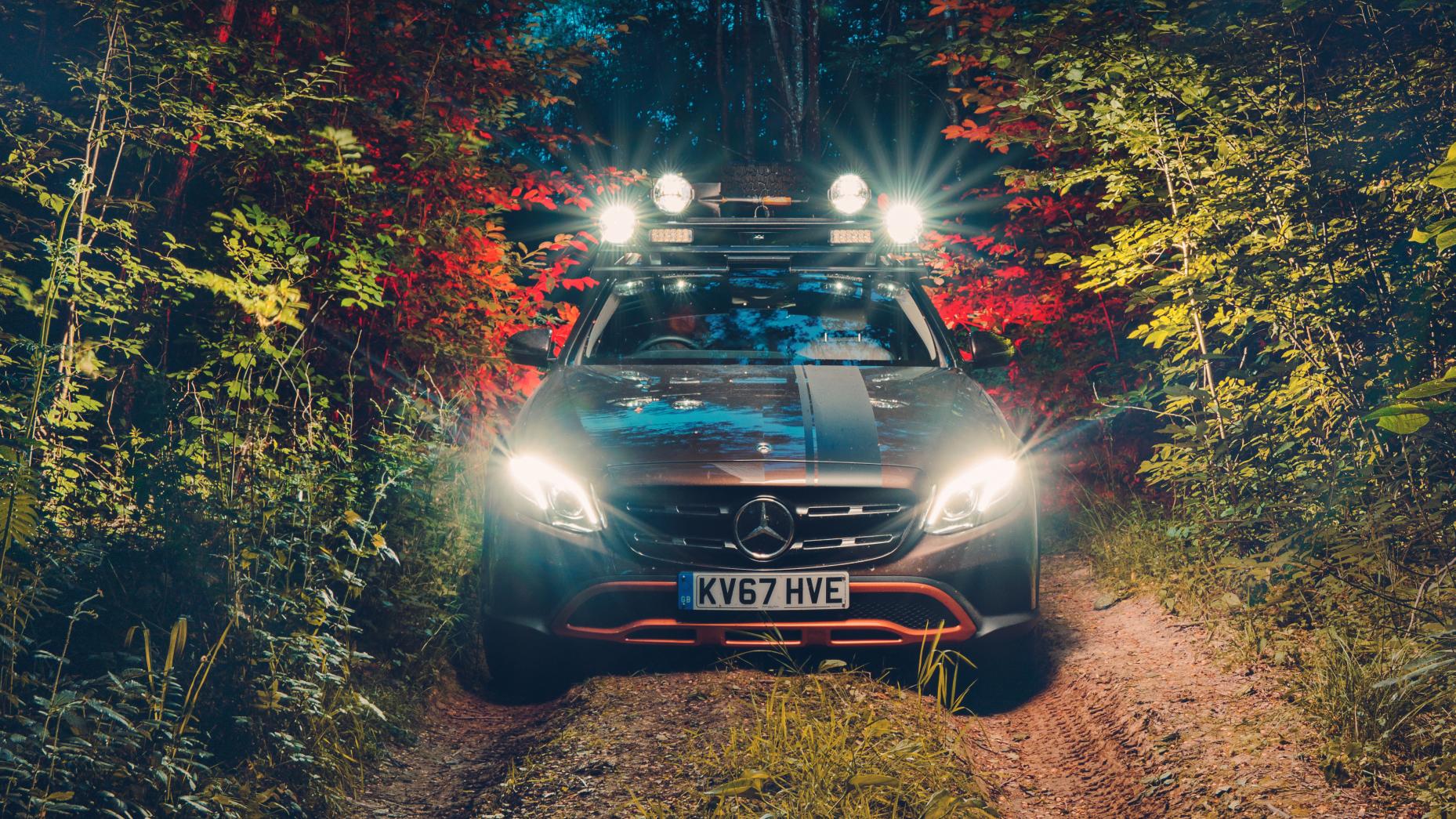 Maybe don't go off-road if you don't have to

With a modern, high-tech off-roader, like a Range Rover or G-Class, it can be truly amazing how far an off-road novice can get into the wild blue yonder.

Terrain response control and other complex systems means that in the majority of cases, it’s just a case of twiddling a dial, pressing a few buttons, pointing your nose at whichever horizon calls to you most strongly, and setting off. The double-edged sword begins its backswing should you still get properly stuck, because you’ll be that much further away from rescue.

It’s a terrifying prospect, which must be why the majority of Rangies and G-Wagens never venture further than Knightsbridge. Safety first, after all… 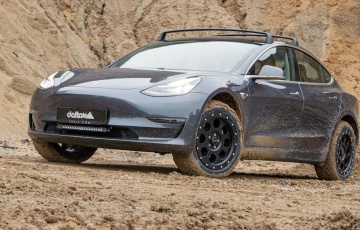 This Tesla wants to go off-road 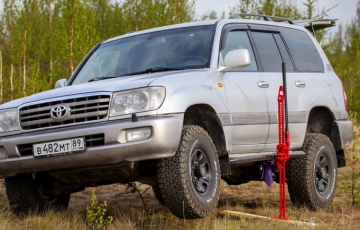 10 things you need to go off-road

Have a Defender, Jimny or even a Rolls-Royce Cullinan? Here is how you can prep for an off-roading trip! Git Up and Go Off-Road 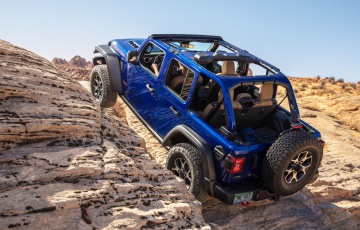 America is getting a torquey diesel-powered Jeep Wrangler

How does 600Nm sound for a spot of off-roading?