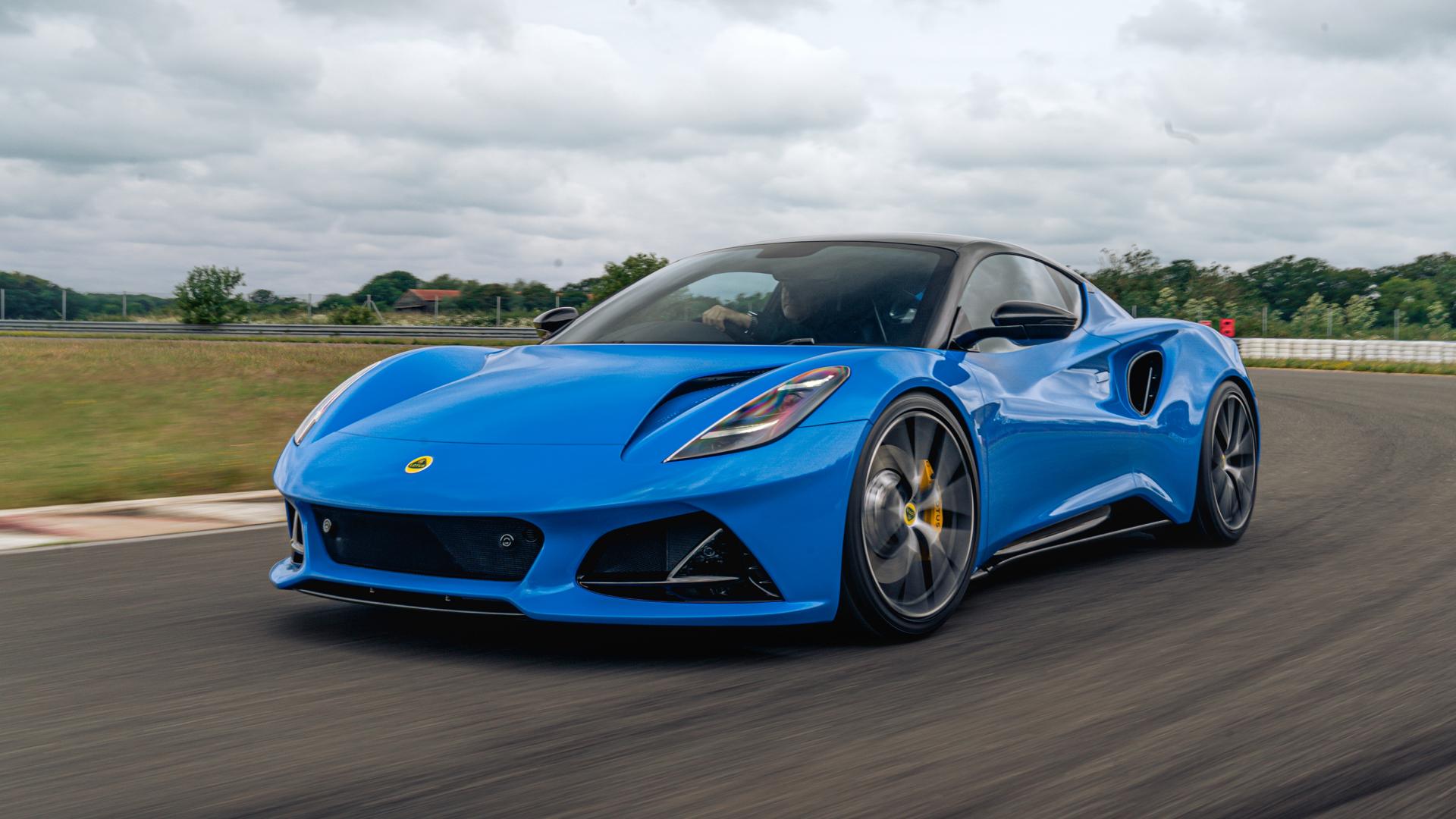 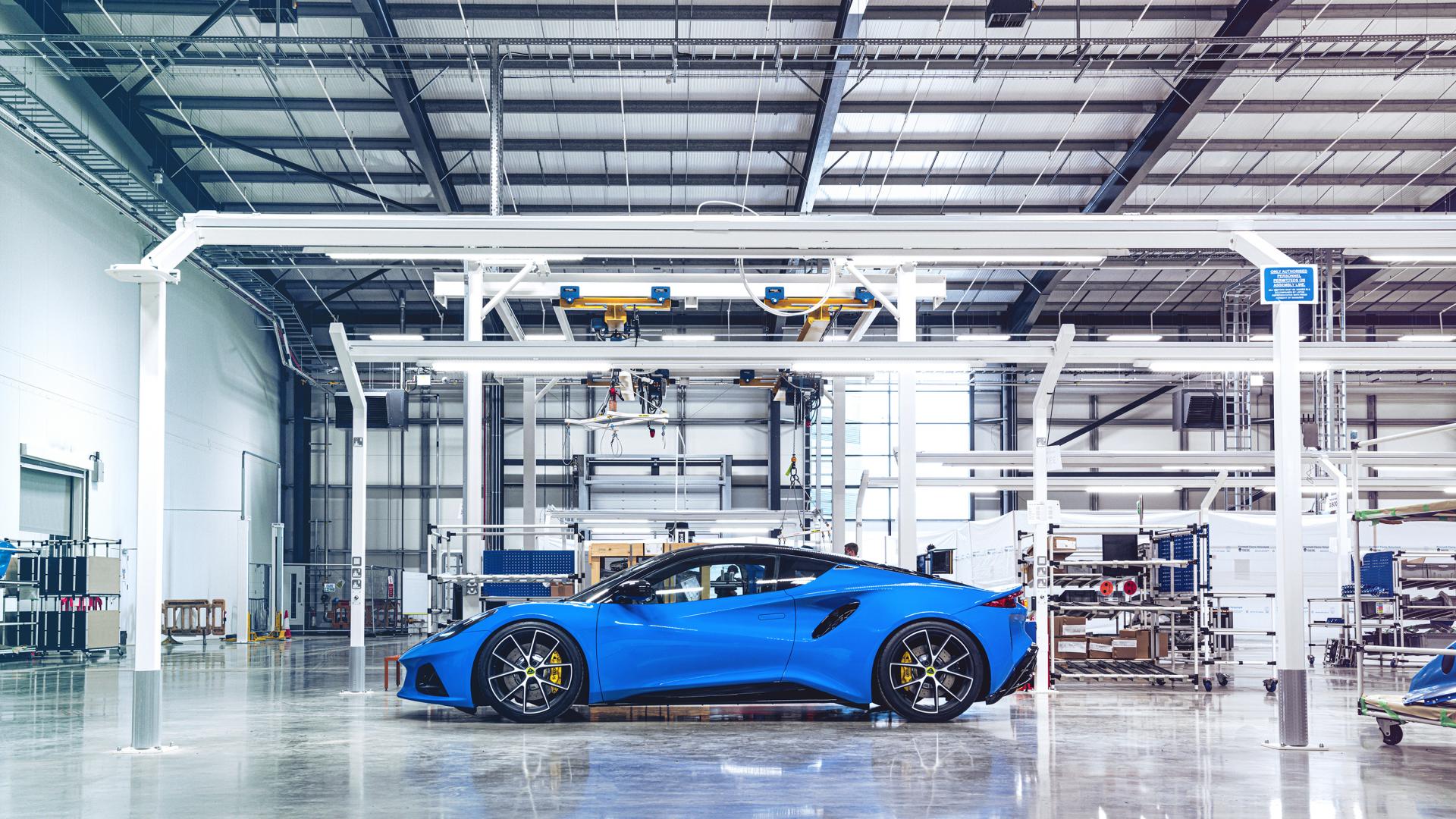 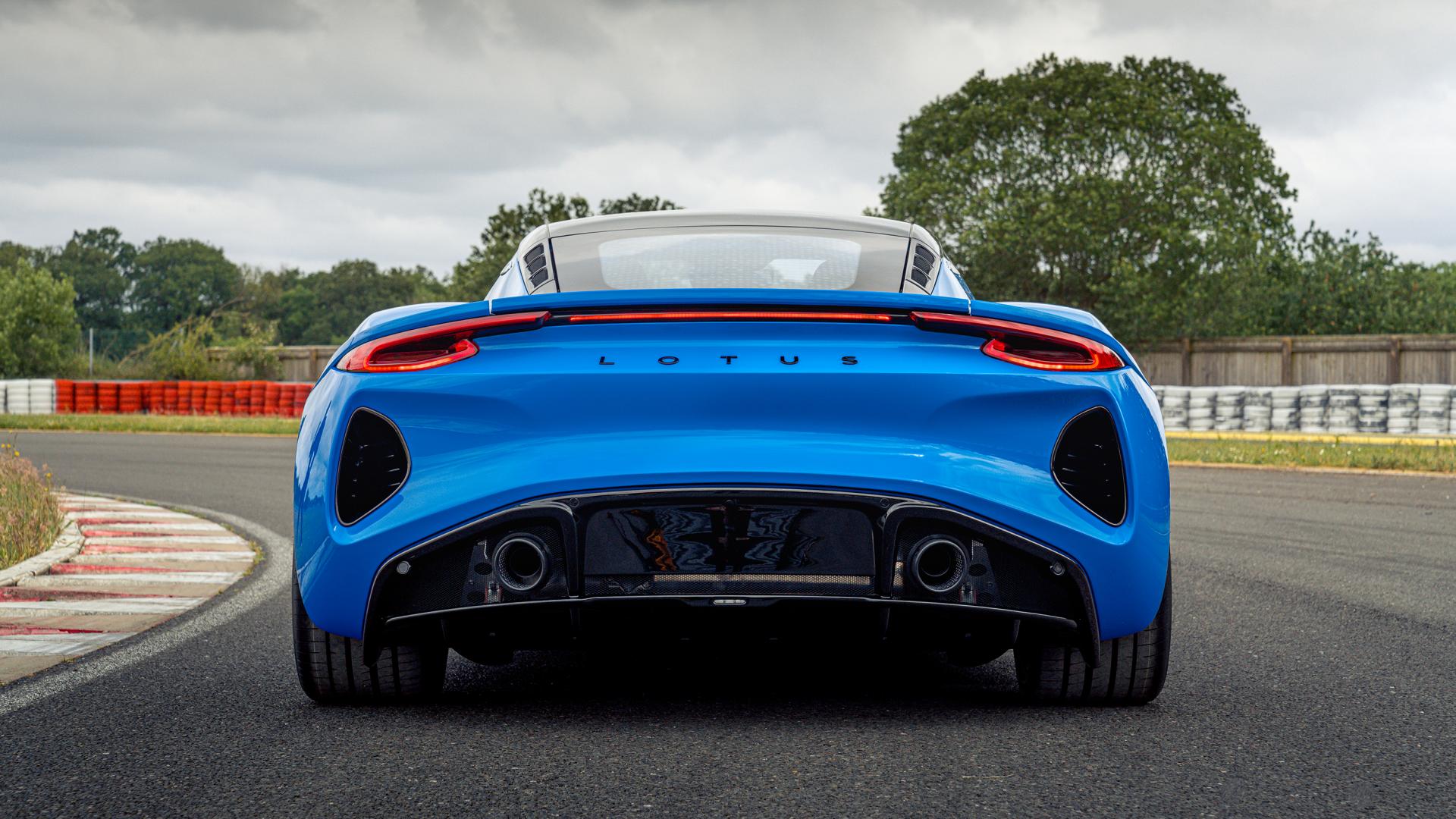 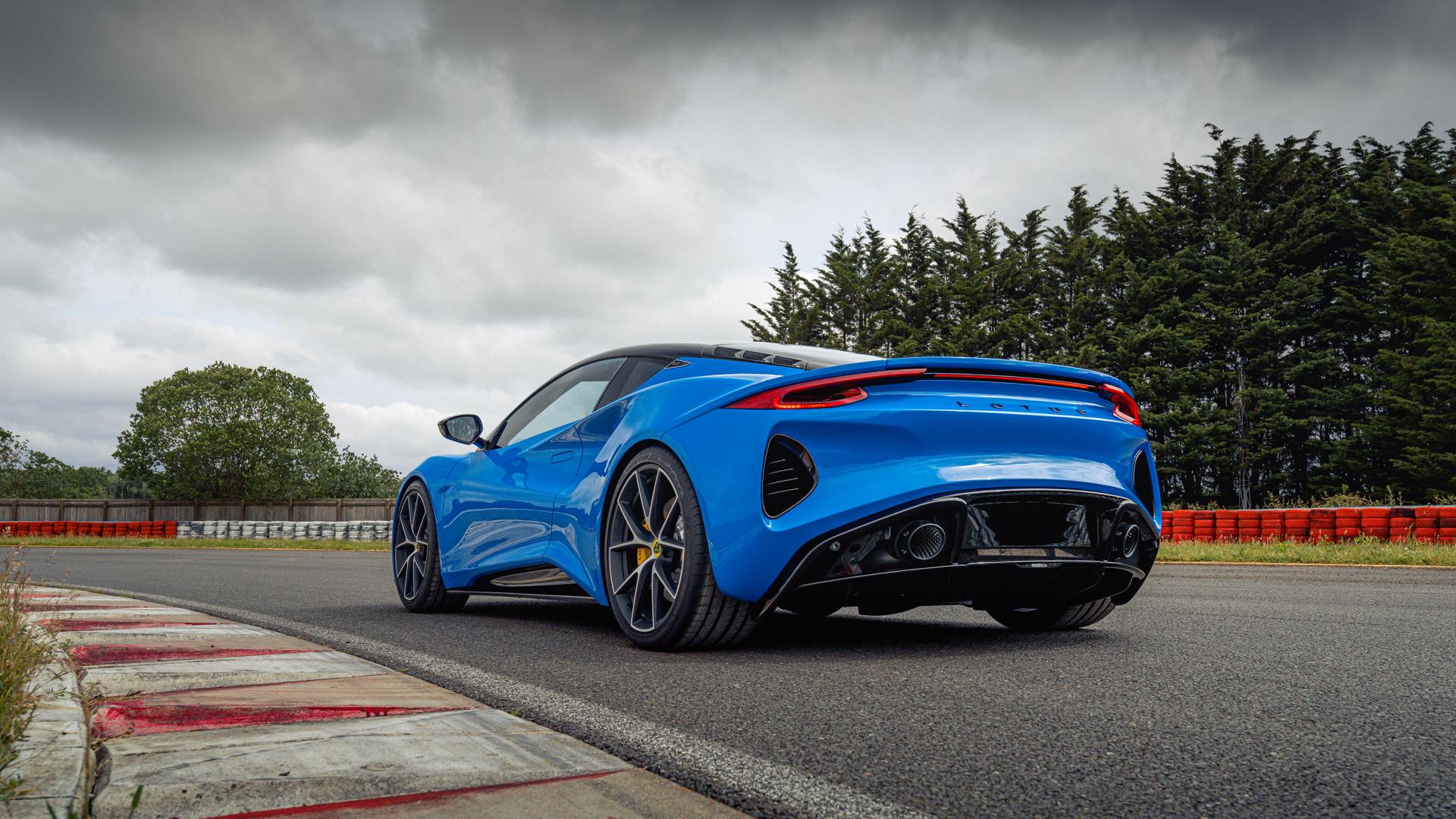 The new Lotus Emira is propelled entirely by little explosions. It isn’t even a hybrid. That’s not because Lotus is incapable of something electrified, or dragging its feet.

Next year there will be a “lifestyle product” (aka crossover) that’s all-electric. In 2025 an electric sportscar, a co-operation with Alpine. So the Emira, by having only a petrol engine, surely qualifies as an instant classic. Just as well it looks so good.

It’s a mid-engined two-seater. Lotus has done plenty of those. But it doesn’t quite replace any of them, even though the Elise, Exige and Evora have lately shuffled off this mortal coil. It’s meant to be usable every day. But not, we hope, an everyday thing. Still special.

It’ll be a rival to the Porsche 718, or in America to the lower rungs of Corvette, because it’s going on sale worldwide. That’s a bold ambition.

Emira deliveries don’t start until next year, beginning as a V6. A four-cylinder option is a few months later again. So right now Lotus is still being enigmatic about the outputs and stats.

But here’s what we know. The V6 is the supercharged Toyota-based 3.5-litre V6 from the Exige and Evora. The four-cylinder will be a version of AMG’s superheated two-litre turbo.

There will be manual, auto and DCT auto transmissions, says Lotus, again declining to say much about what engine pairs with what transmission. Well you can bet neither engine will be offered with all three, and in the old cars the V6 had manual or auto. So we can safely assume the DCT is for the four-cylinder.

Lotus says the outputs are 360hp and 400hp, and that the quickest acceleration will beat 4.5 seconds for 0-100km/h, with launch control. But Lotus tantalises by not saying which output is which.

They both seem like they might not be trying that hard, because both those engines go beyond 420hp in cars we know – the V6 in the Evora and the four in the Mercedes A45S. If asked to guess I’d say it’s the turbo four that gives the 400, and the V6 that’s constrained to 360. 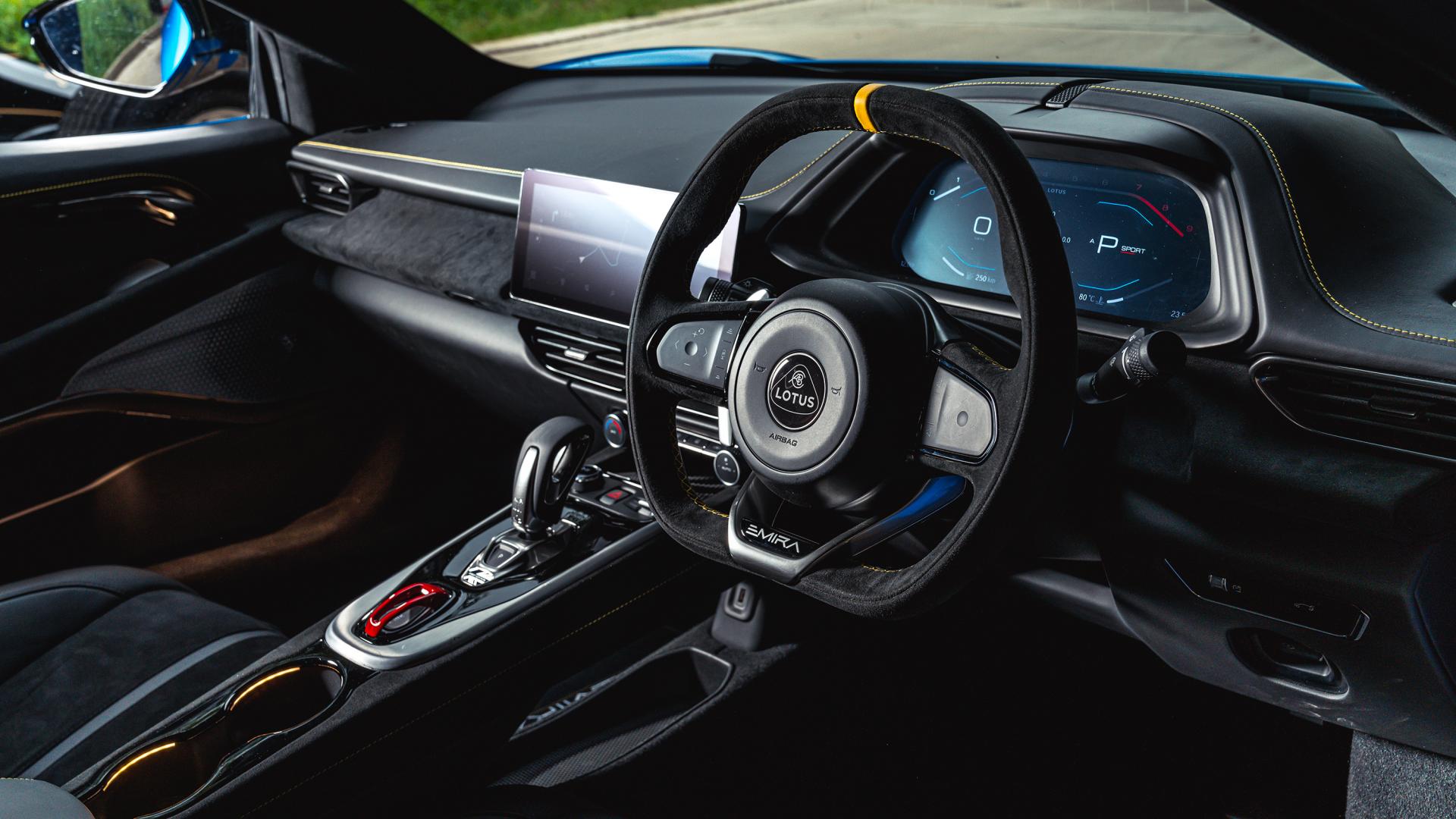 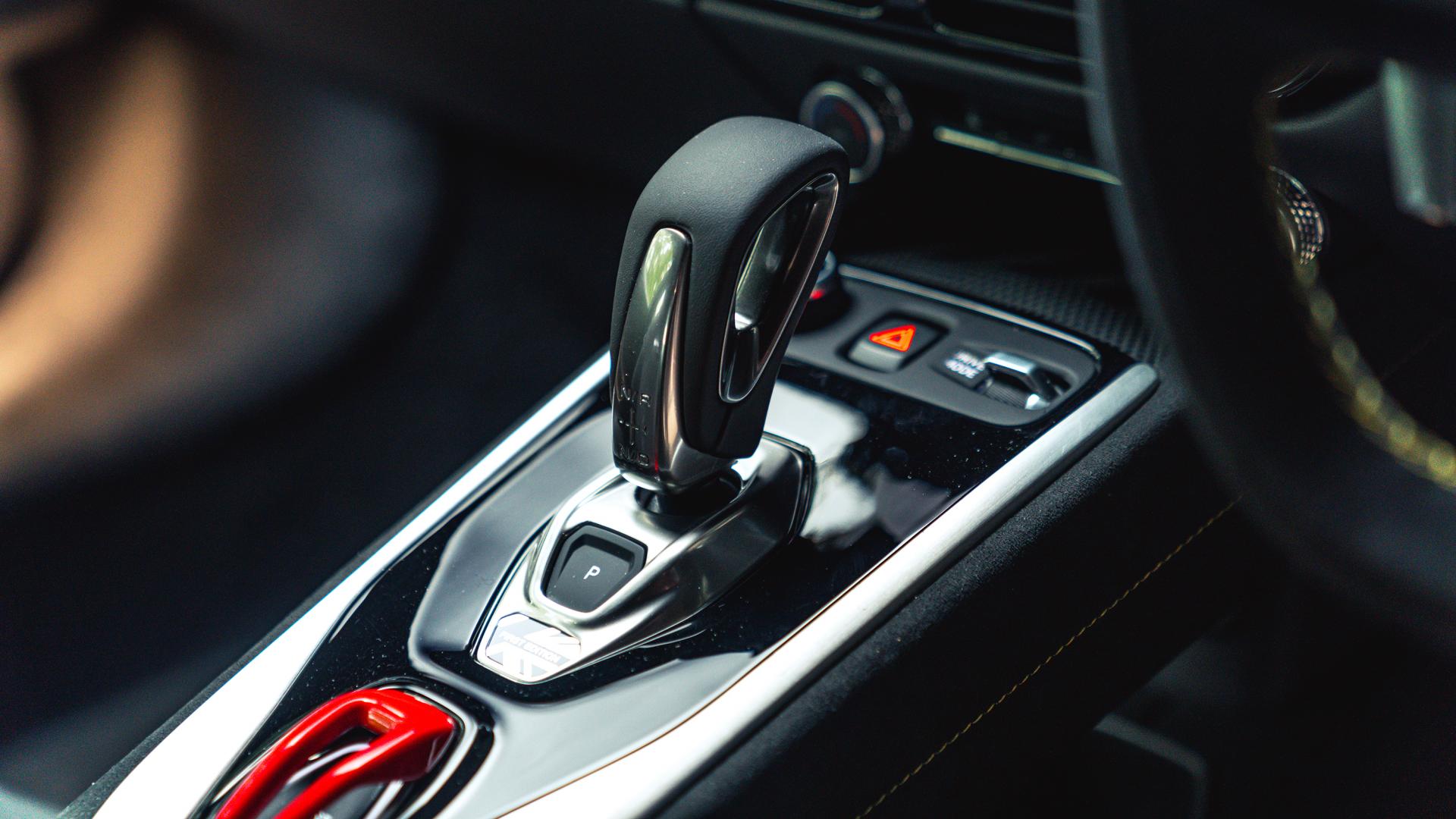 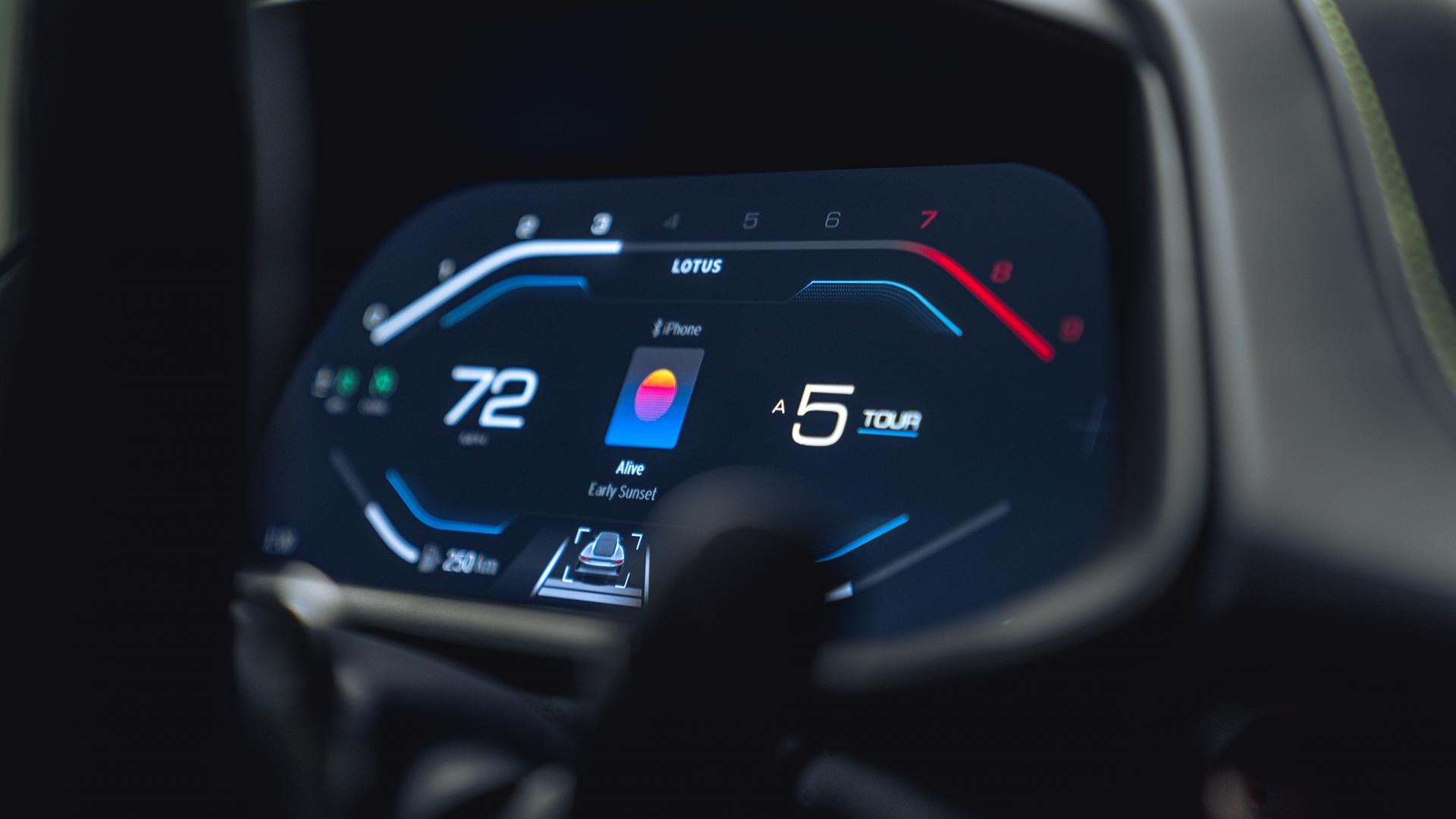 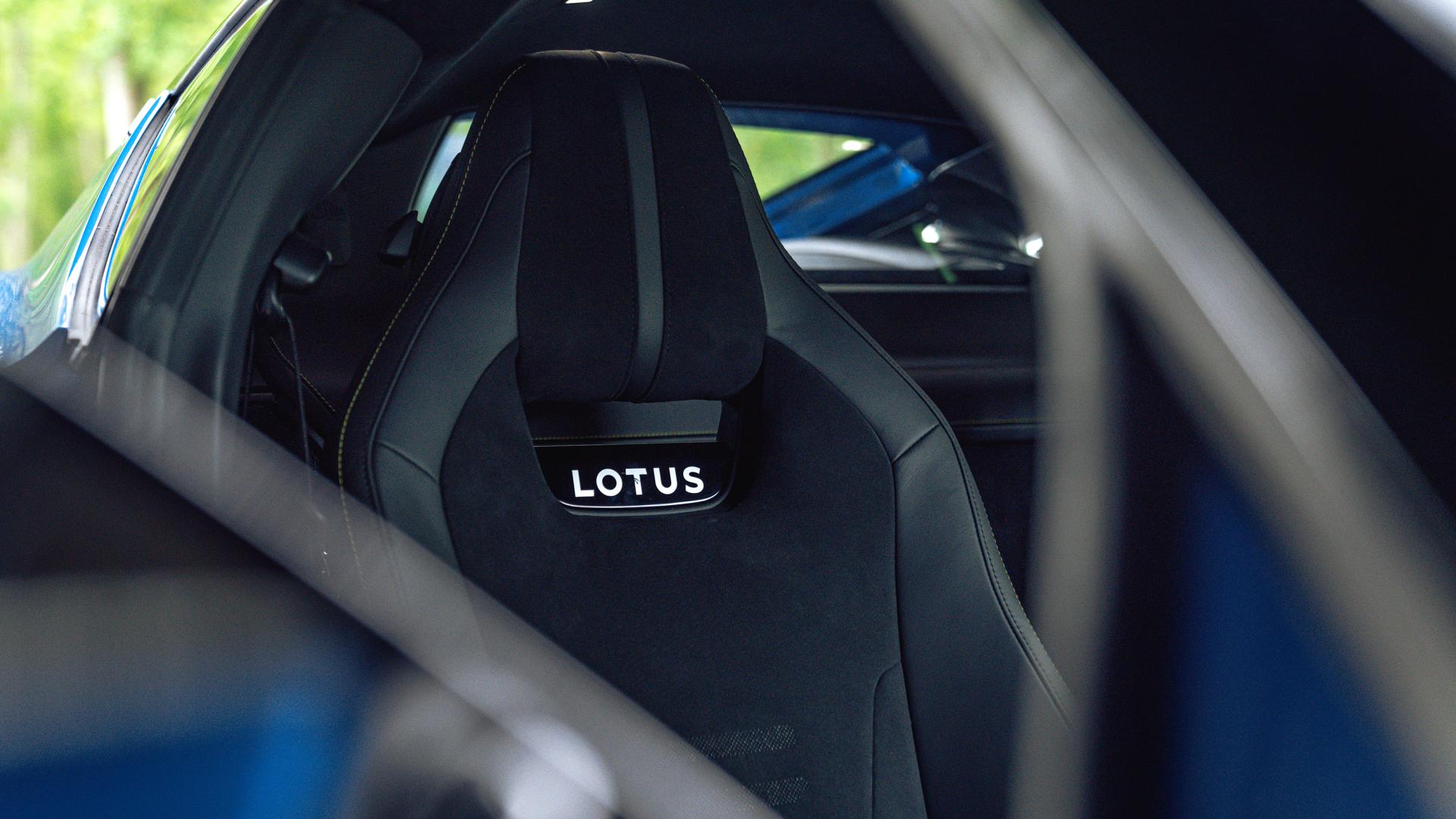 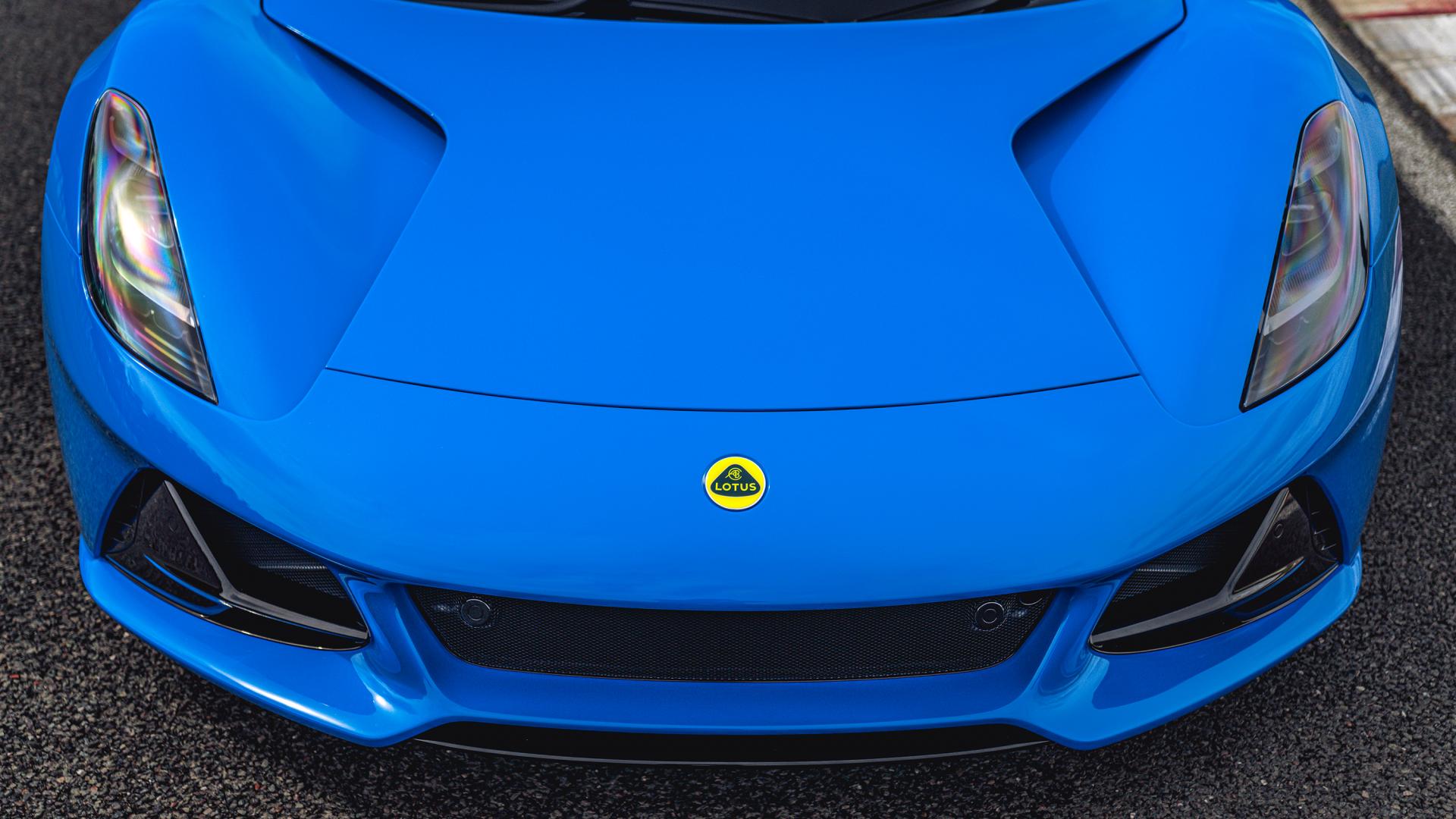 Here’s why. The four-cylinder will be the lighter car. It will be positioned as the more hardcore, more circuit hungry option. The V6 will be for those who think there’s more to life than lap times. It’s always been a lovely engine to use.

Thanks to the supercharger it does the instant giddy-up even from low revs, issues a big baritone across the mid-ranges and then aims itself vividly at the red. The six-speed manual transmission comes with Lotus’s exposed linkage, which is gorgeous both in aesthetics and shift action.

As well as choices in engines and transmissions, there are a pair of suspension set-ups to pick between. In both cases, the steering assistance is by hydraulic not electric power, because better feel through your fingers is worth a little heavier fuel consumption. The Tour suspension is what you’ll likely want for road driving, as it brings a more comfortable ride. And look, it isn’t going to be soggy is it?

But if you go to tracks, or live near smooth roads, or just don’t mind a “slightly stiffer set-up for enhanced dynamic capability and feel,” then yours is the Sport option. I use quote marks because so far we have only their word for it. But their word normally turns out not to be an exaggeration. All wheel options are 20in and the tyres specially developed, including a Michelin Pilot Sport Cup 2 for track-biased drivers.

Lotus pioneered making the structure of a car by bonding aluminium extrusions. That’s what it does with the Emira too, but every dimension is different from the company’s previous cars. Especially – and I’m not at all sure that I like the sound of this – as it’s a whole lot wider.

More width means less roll and more grip on a track, but it also means more caution on a country road when the possibility exists of meeting a truck coming the other way.

This is a notably longer, wider and more powerful car than an Alpine. But it’s also heavier, at 1.4 tonnes, leaving the V6 Emira with no real power-to-weight advantage over the S version of the Alpine A110. But the V6 Emira has, y’know, a V6. Which is nice. 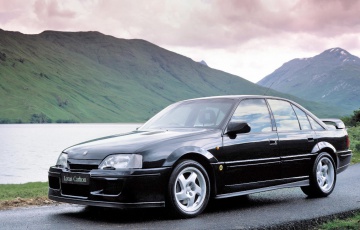 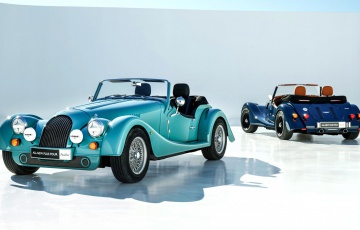