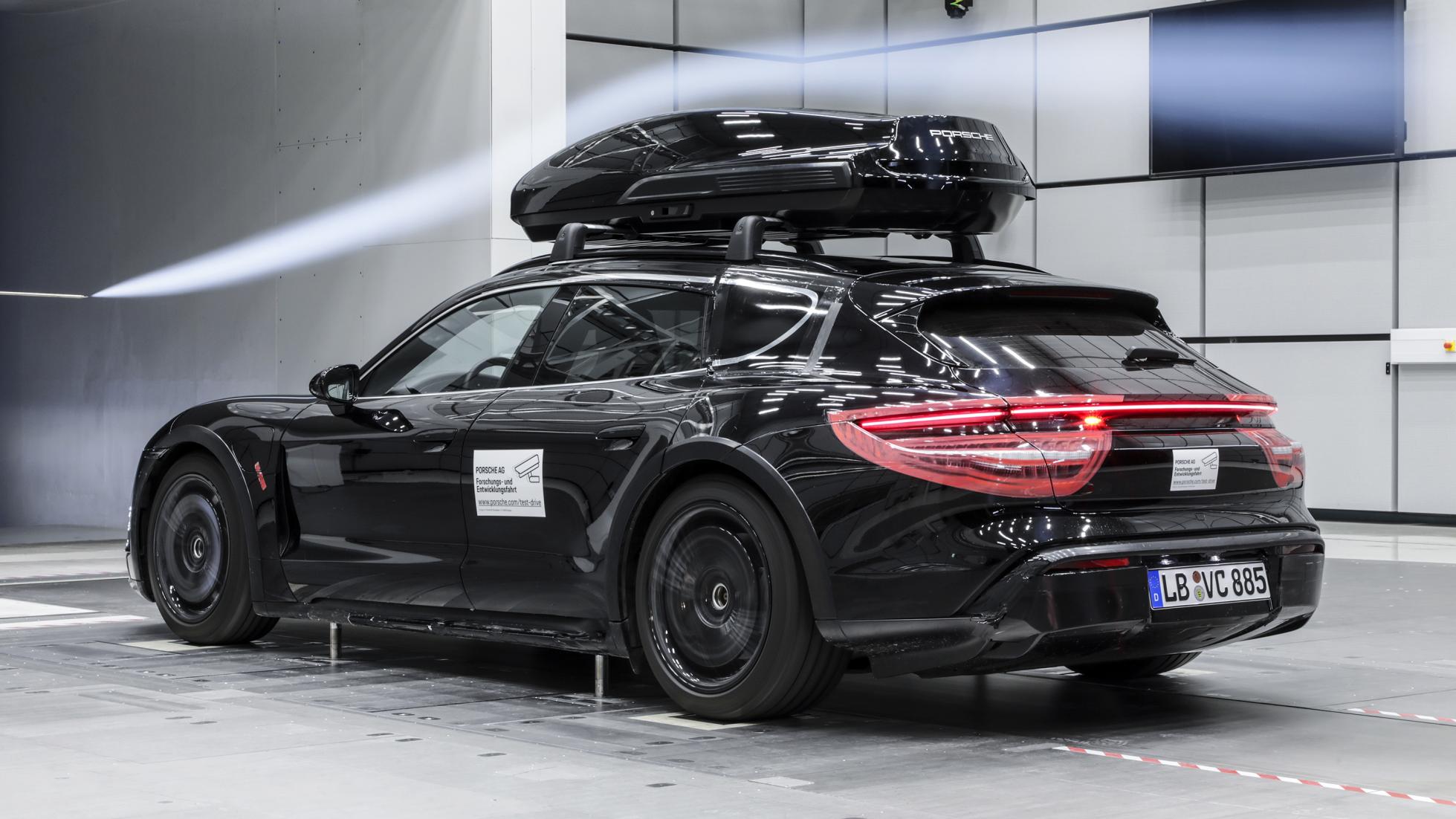 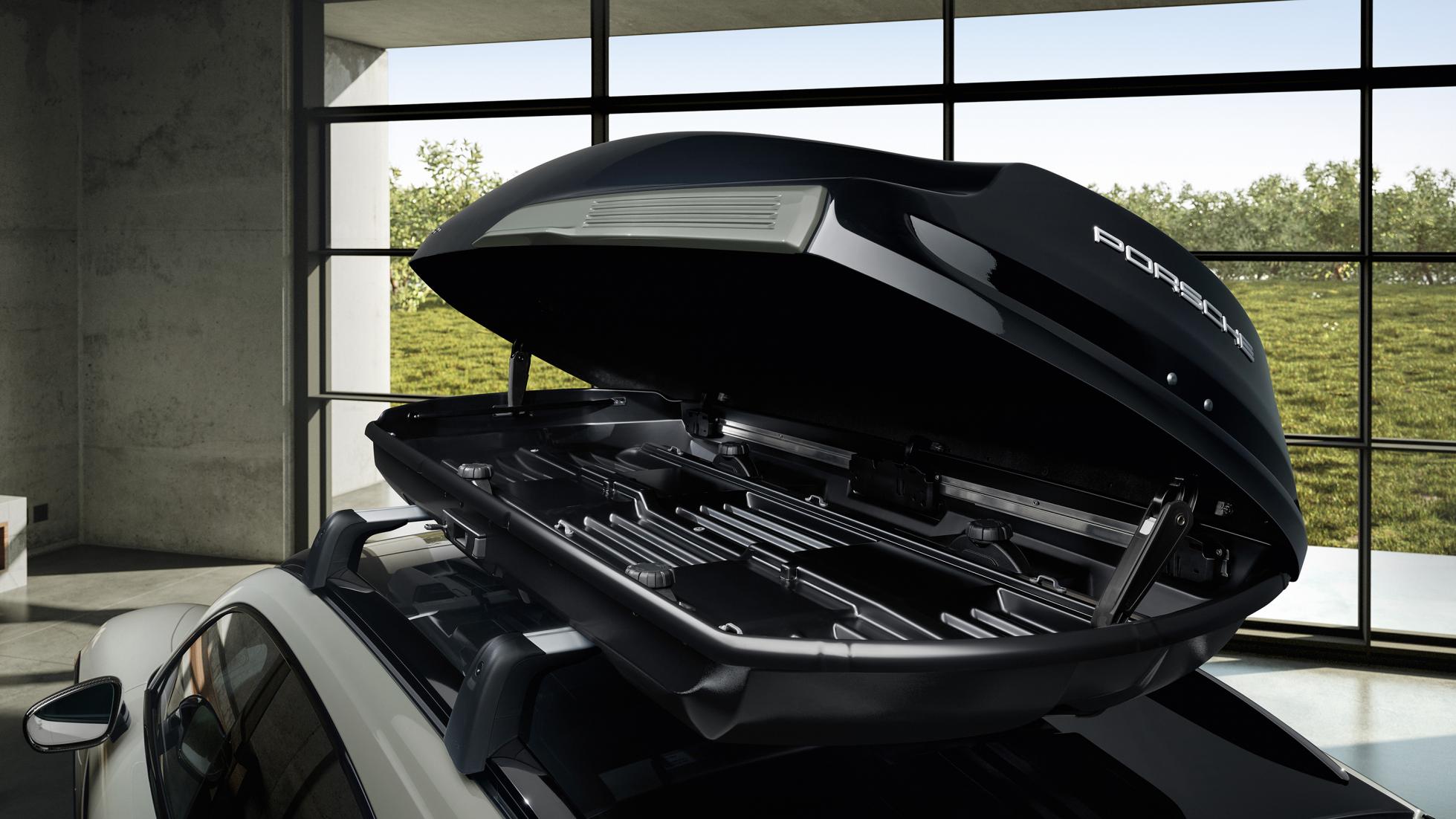 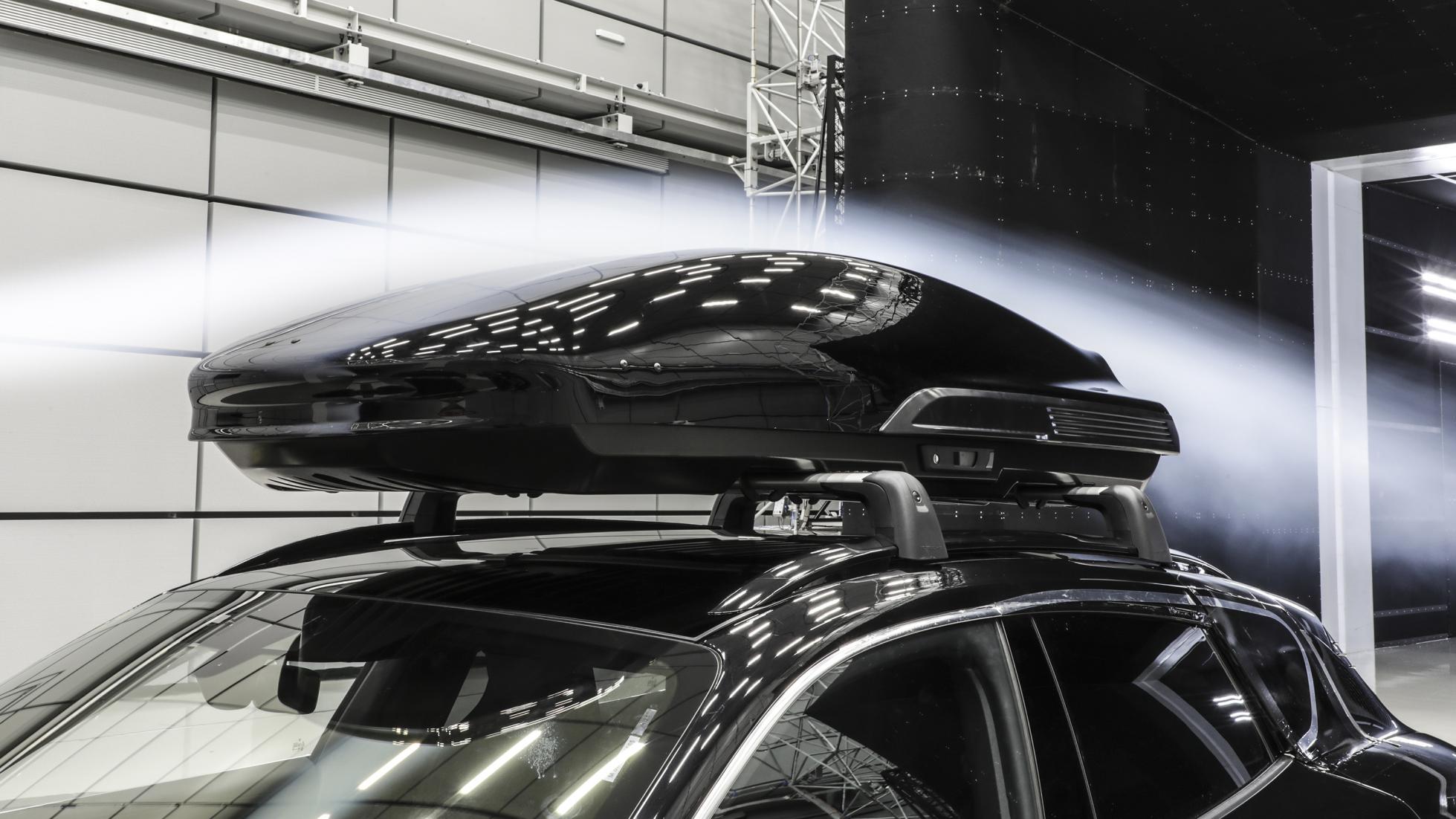 If you can trust anyone to overengineer something, it’s Porsche. Thus we meet the new Porsche Tequipment ‘performance roof box’. Wondering how such a deeply sensible item warrants such a racy prefix? Just check out the development pictures of it latched to a Taycan Cross Turismo in an actual wind tunnel…

The key stats are probably its 480 litre/75kg payload and the fact it can swallow three snowboards. The stat you actually want to hear is that Porsche has tested it at speeds up to 200km/h.

“Porsche is meeting the wishes of many customers who also want to use the additional luggage space at higher speeds,” says Porsche, talking about itself in the third person. “This testing included comprehensive tests relating to aerodynamic behaviour and handling characteristics.

“It was driven on test tracks for several thousand kilometres as part of overall vehicle testing,” we’re told, where “the focus was on the controllability of the vehicle with fitted roof box at high speeds.” 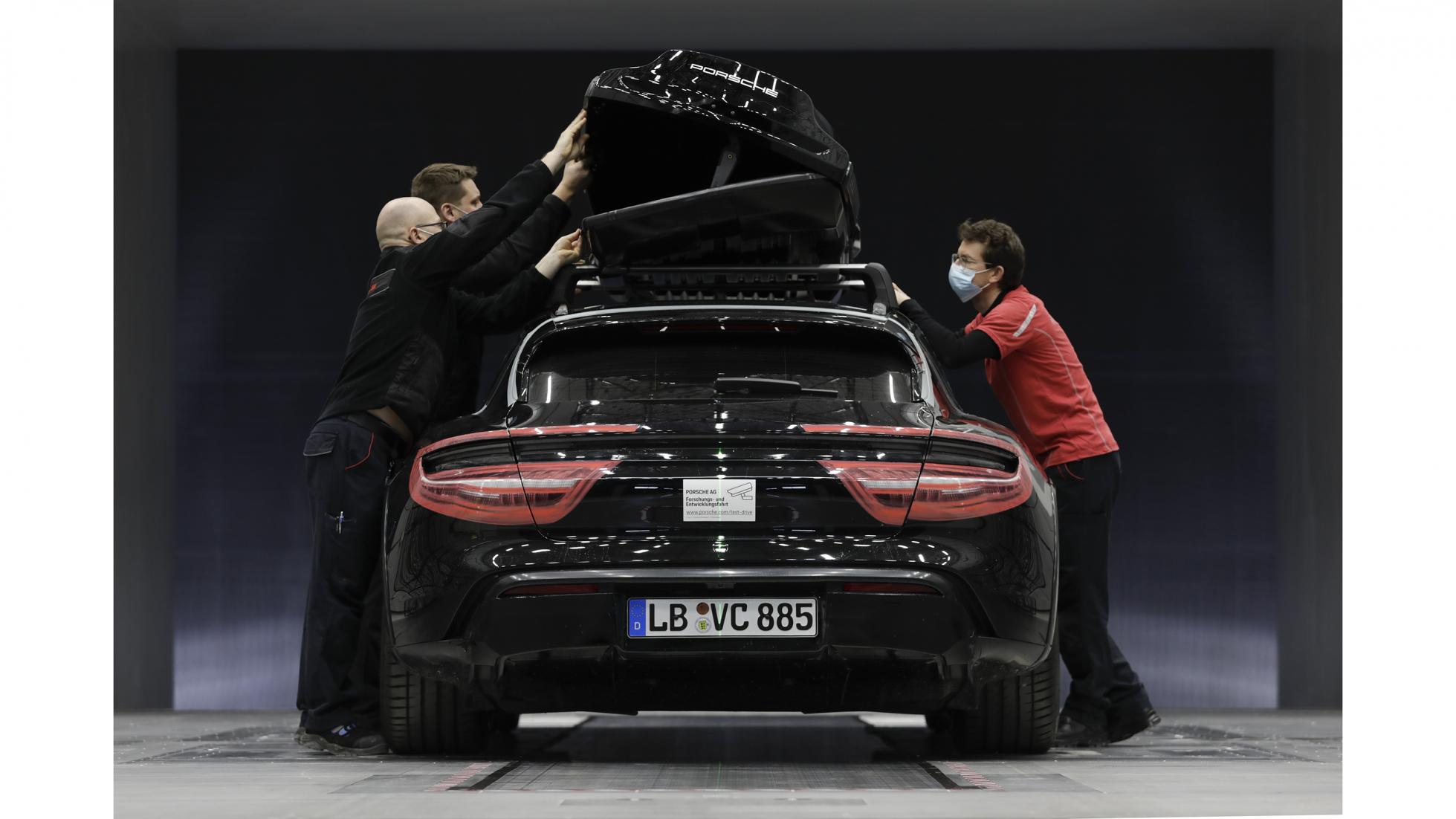 In short, yes, your roof box can join you on a trackday and the Taycan it’s strapped atop won’t suddenly snap sideways like there’s a pair of space savers to the rear axle.

Porsche has also used wind tunnel testing to ensure the aerodynamics and refinement are on point, the former surely helpful if you’re not to slice too many miles from your fully charged range figure.

And the good news doesn’t stop. Buy a performance roof box and you also get a protective cover, a Porsche crest sticker to optionally apply and two pairs of gloves. Top up for a choice of three additional colours to customise it further. Yep, this really is one overengineered roof box… 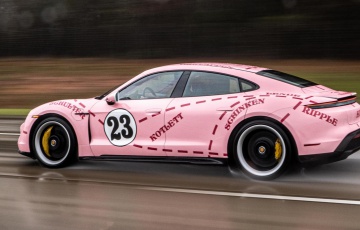 Stare at these retro-liveried Porsche Taycans

Because old motorsport style makes everything better, even the future 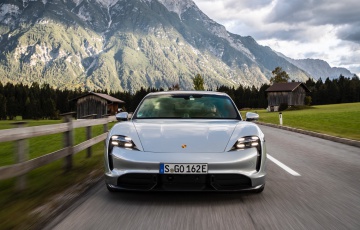 Porsche owners in Singapore can look forward to the extended Porsche Approved Warranty programme... and availability to a fleet of courtesy vehicles during service/repair