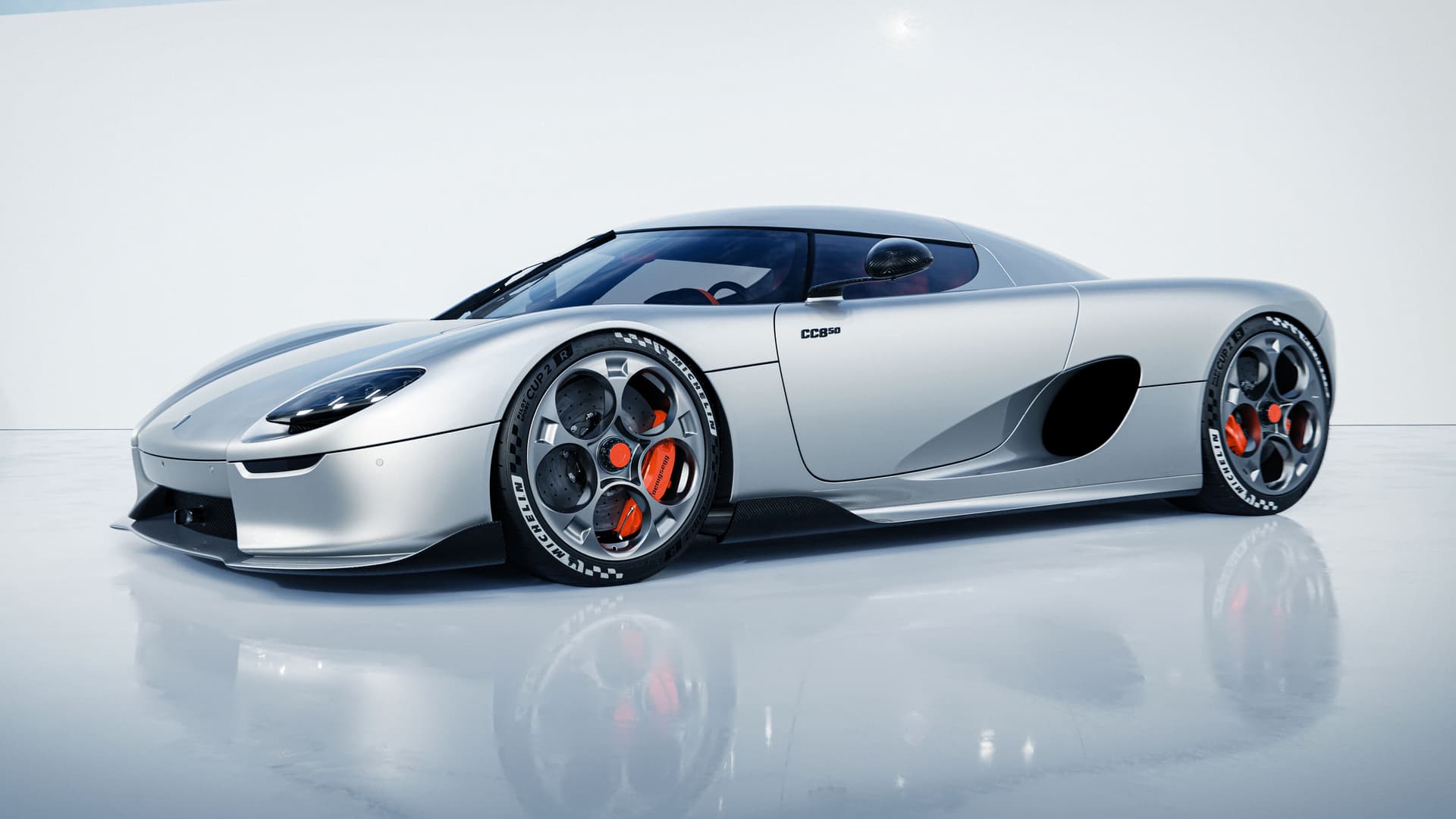 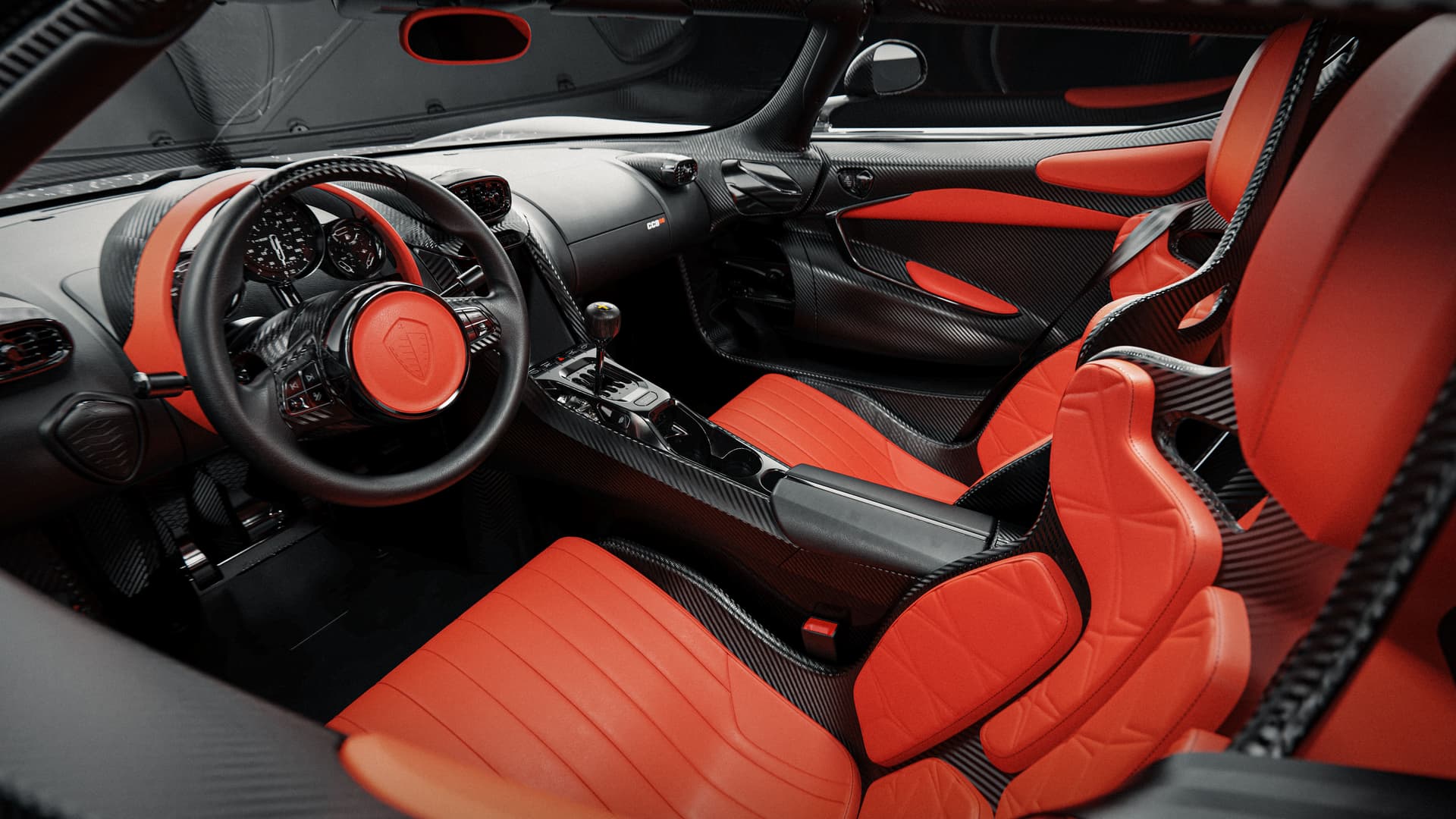 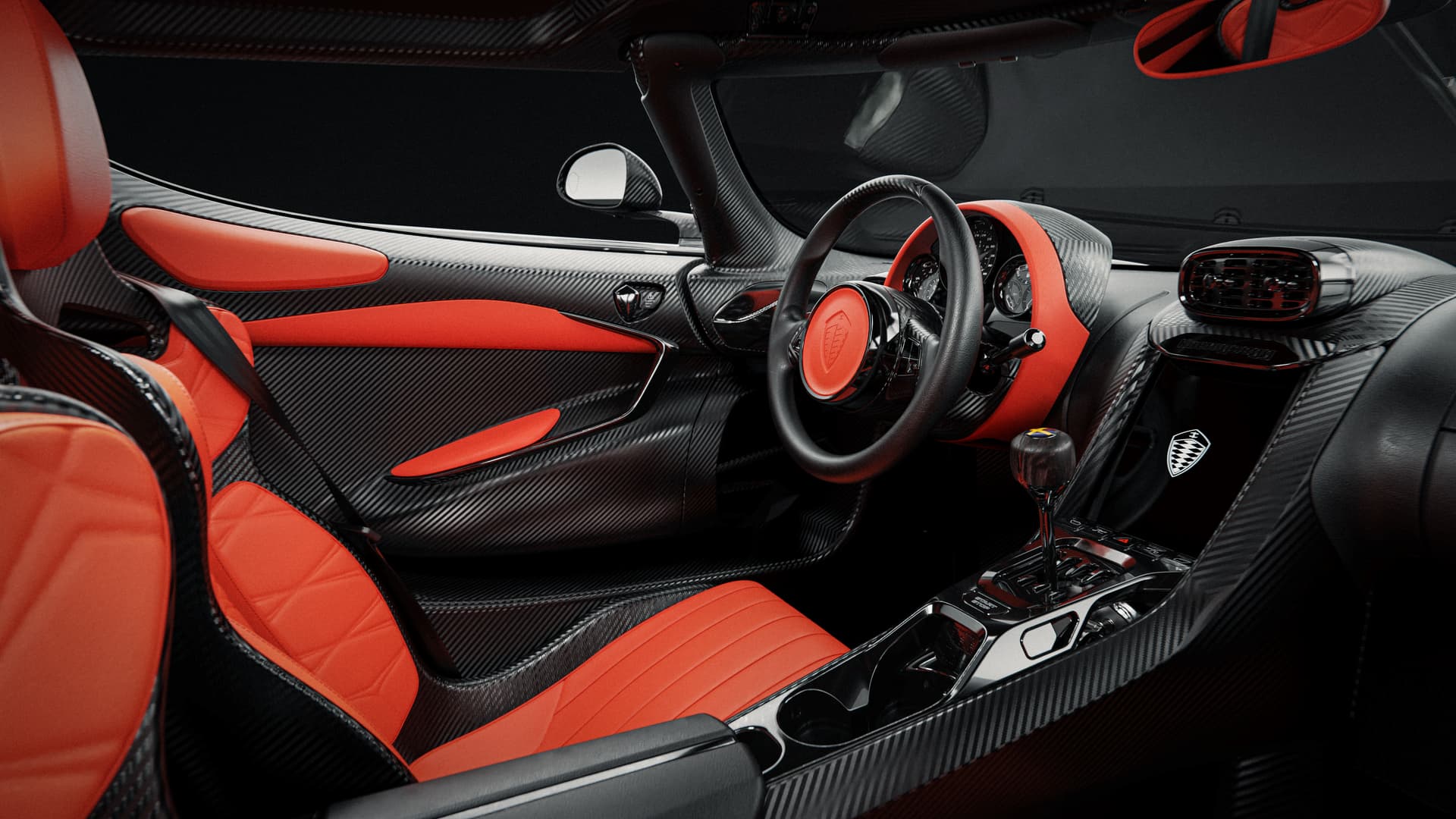 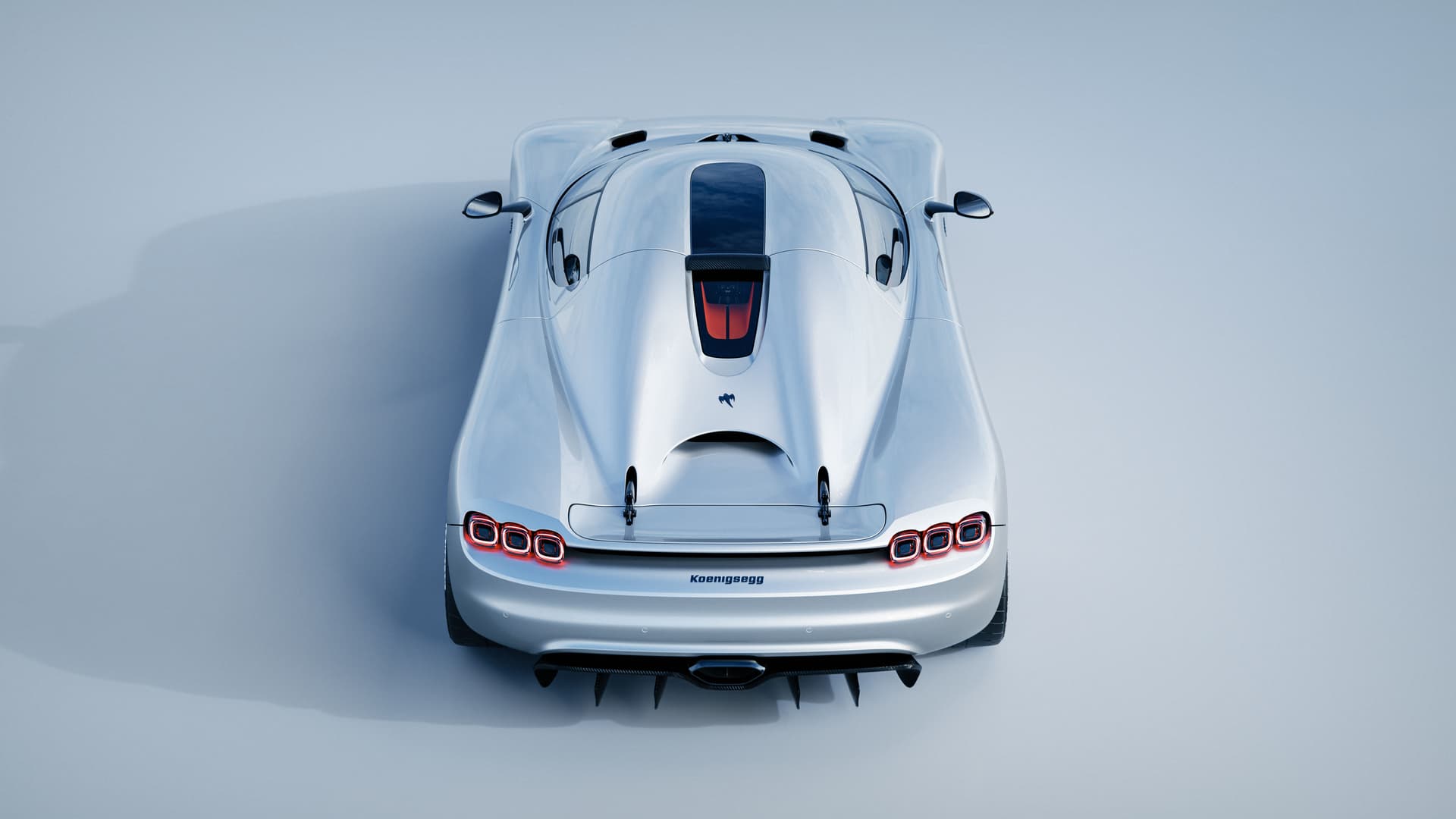 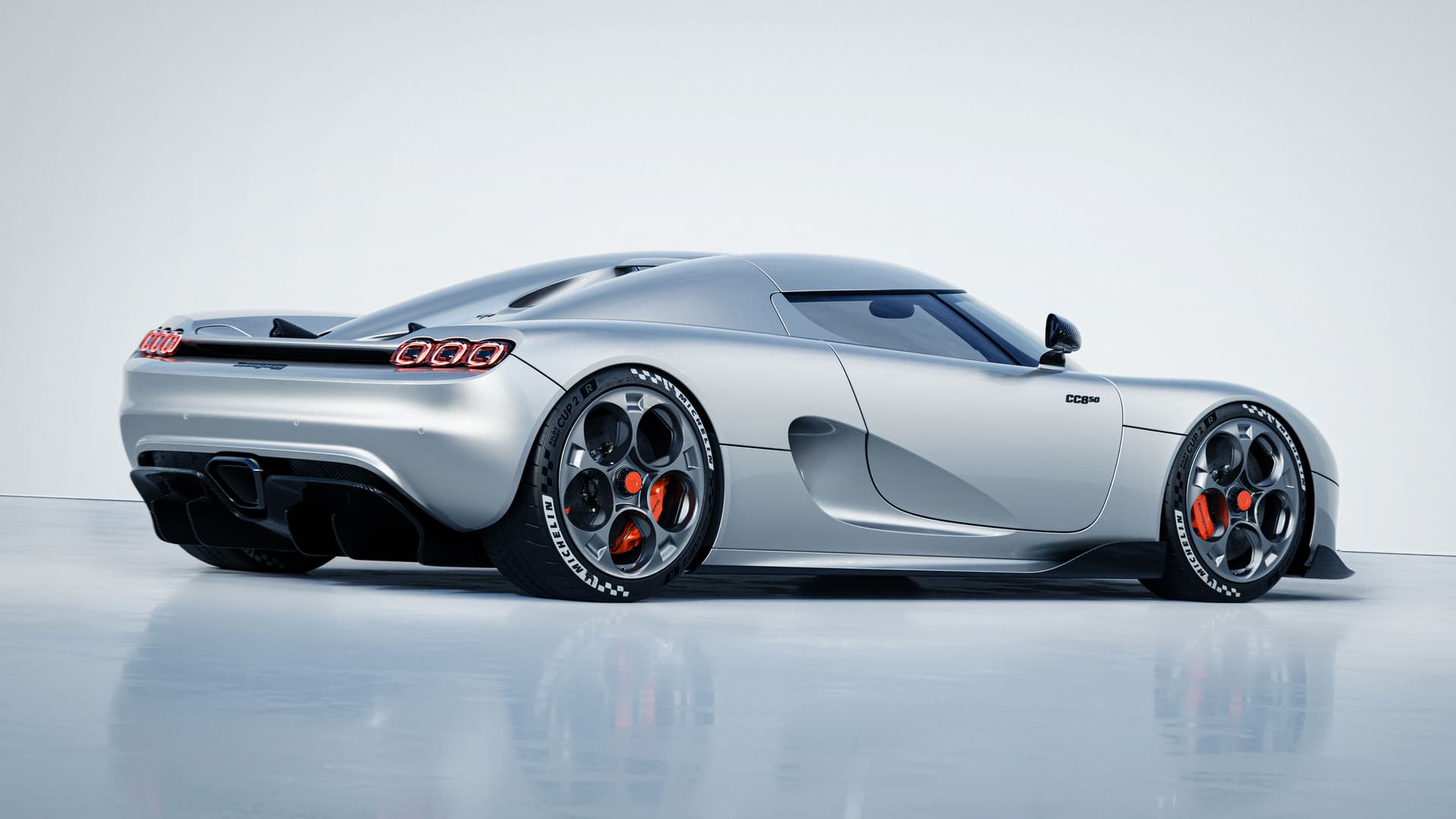 Koenigsegg has built a new car that looks like its oldest one. Welcome to the CC850, a 1,380hp hypercar with a manual gearbox, clothed in the timeless design of Koenigsegg’s first-ever production car.

That’s the CC8S, providing ample proof of its ageless design concept because it looks just as fresh today as it did back in 2002. This new car, the CC850, celebrates 20 years since it first took flight, as well as boss Christian von Koenigsegg’s 50th birthday.

And so just 50 of these ‘reimagined’ Koenigseggs will be built, with the first prototype going to Christian himself. Predictably, they’ve all sold out.

It’s clothed around the Jesko’s super strong carbonfibre monocoque – so properly modern underpinnings – with double wishbones front and back, adjustable dampers all round and Koenigsegg's special Triplex rear damper (that reduces front-end lift during acceleration).

It also gets the Jesko’s twin-turbo 5.0-litre V8 that does without a flywheel for whipcrack responses. Sounds incredible, and on regular fuel will pump out 1,185hp. You’ll need E85 for the full 1300+ horsepower and 1382Nm of torque. 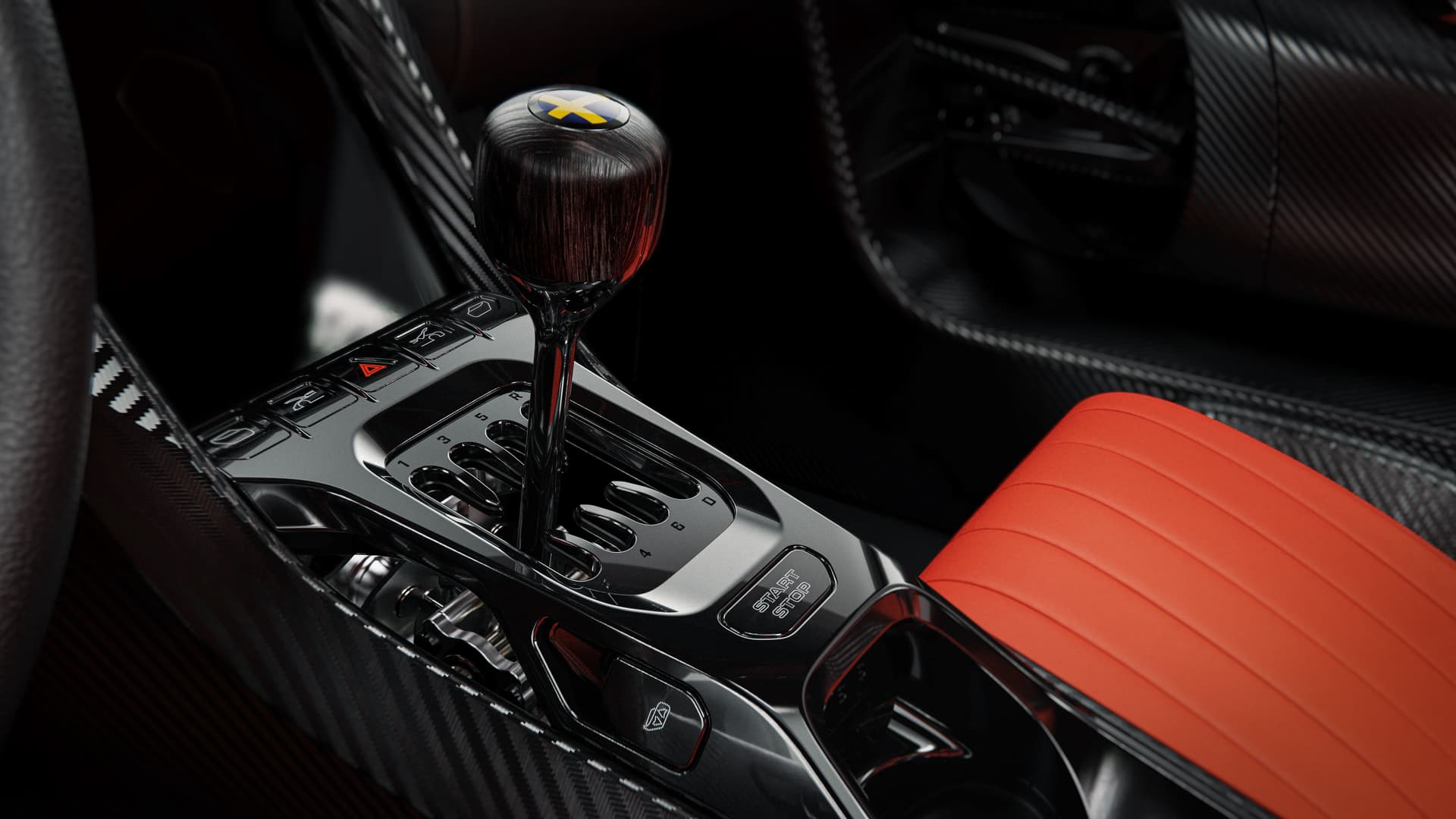 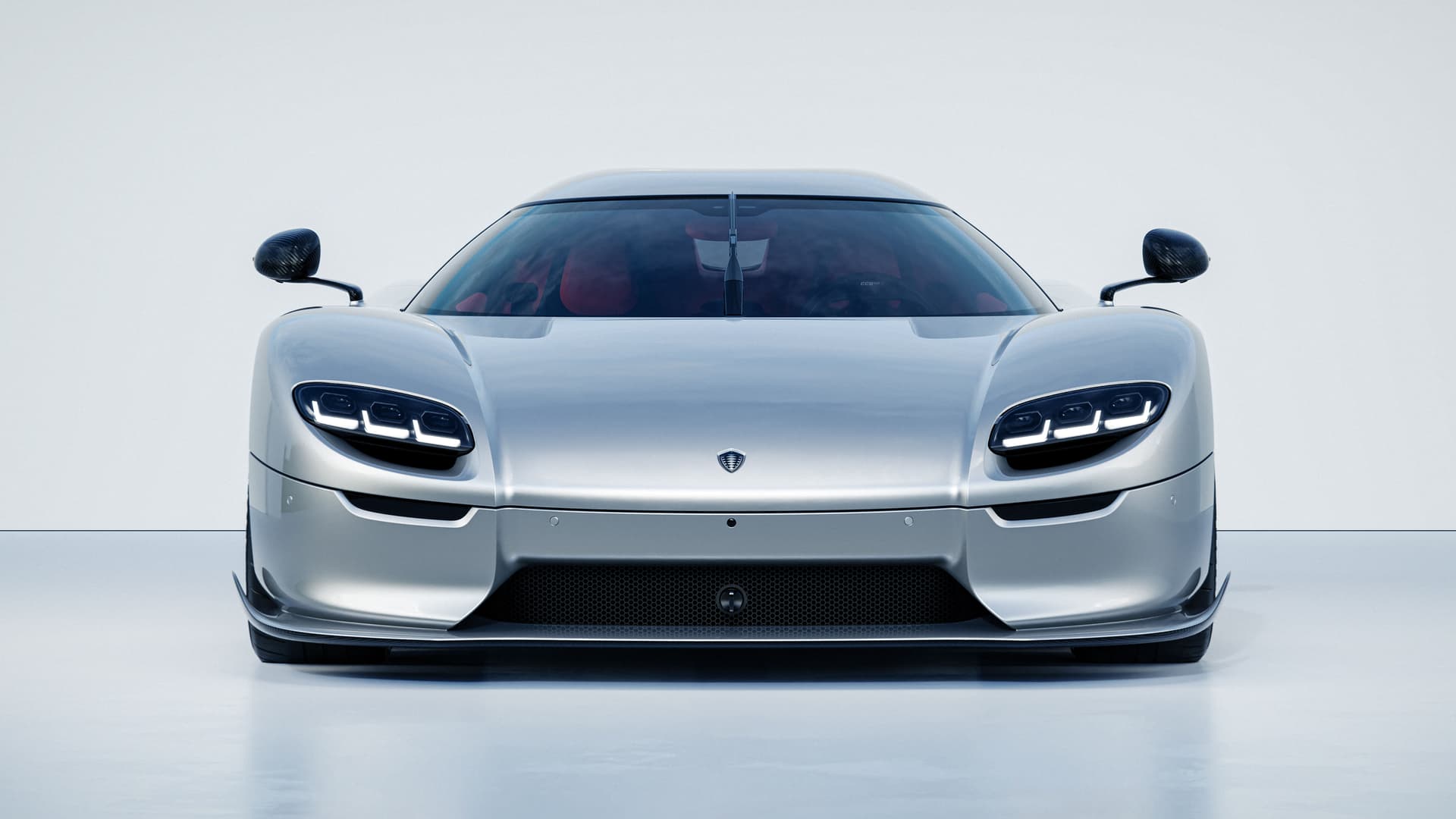 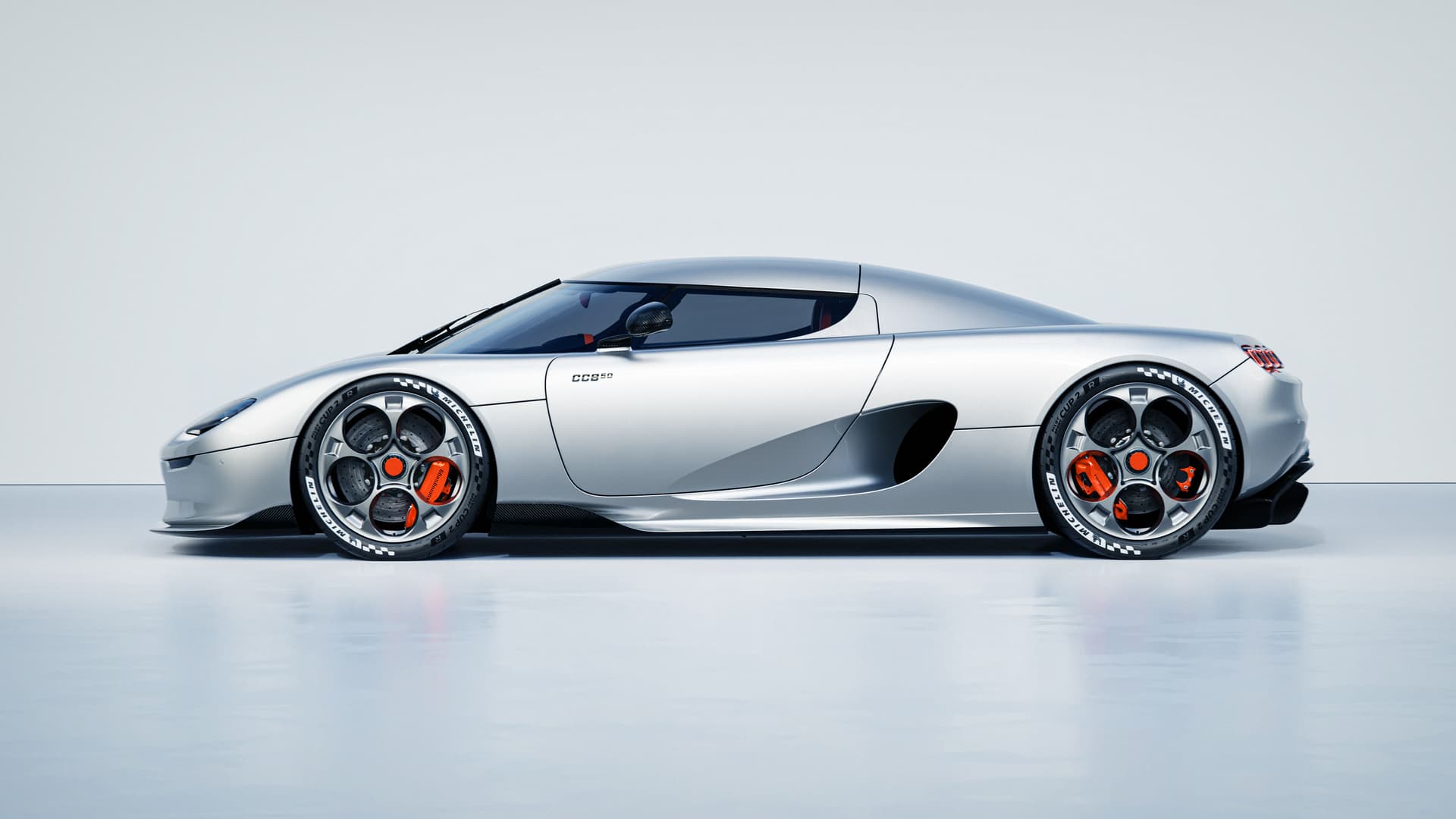 Koenigsegg hasn’t released performance data for the CC850, though bear in mind it weighs just 1,385kg so it’ll be what you might politely term ‘brisk’. Amazingly, that power is harnessed through a 6spd manual gearbox.

Of course, it is no ordinary manual gearbox. It’s called the ‘Engage Shift System’ and is based around the company’s ‘Light Speed Transmission’. The system took two years to develop and allows for different gear ratios depending on the driving mode “providing tailored experiences based on road or track use”. Said modes span ‘normal’, ‘wet’ and ‘track’.

You can also slot that beautifully crafted lever right across and down, whereby it turns into a nine-speed automatic. This, as Koenigsegg points out, is “unprecedented”. Looks fantastic, as does the exterior: the sleek, simple lines, telephone-dial wheels and triple taillights all pay tribute to the CC8S.

But where that car broke records – including a Guinness World Record for most powerful production engine – this one’s built just to drive impeccably. “The CC850 was not created to break Jesko’s track records or set new high watermarks for top speed, but to offer the highest level of driver satisfaction and enjoyment with the exhilarating performance for which Koenigsegg is renowned.”