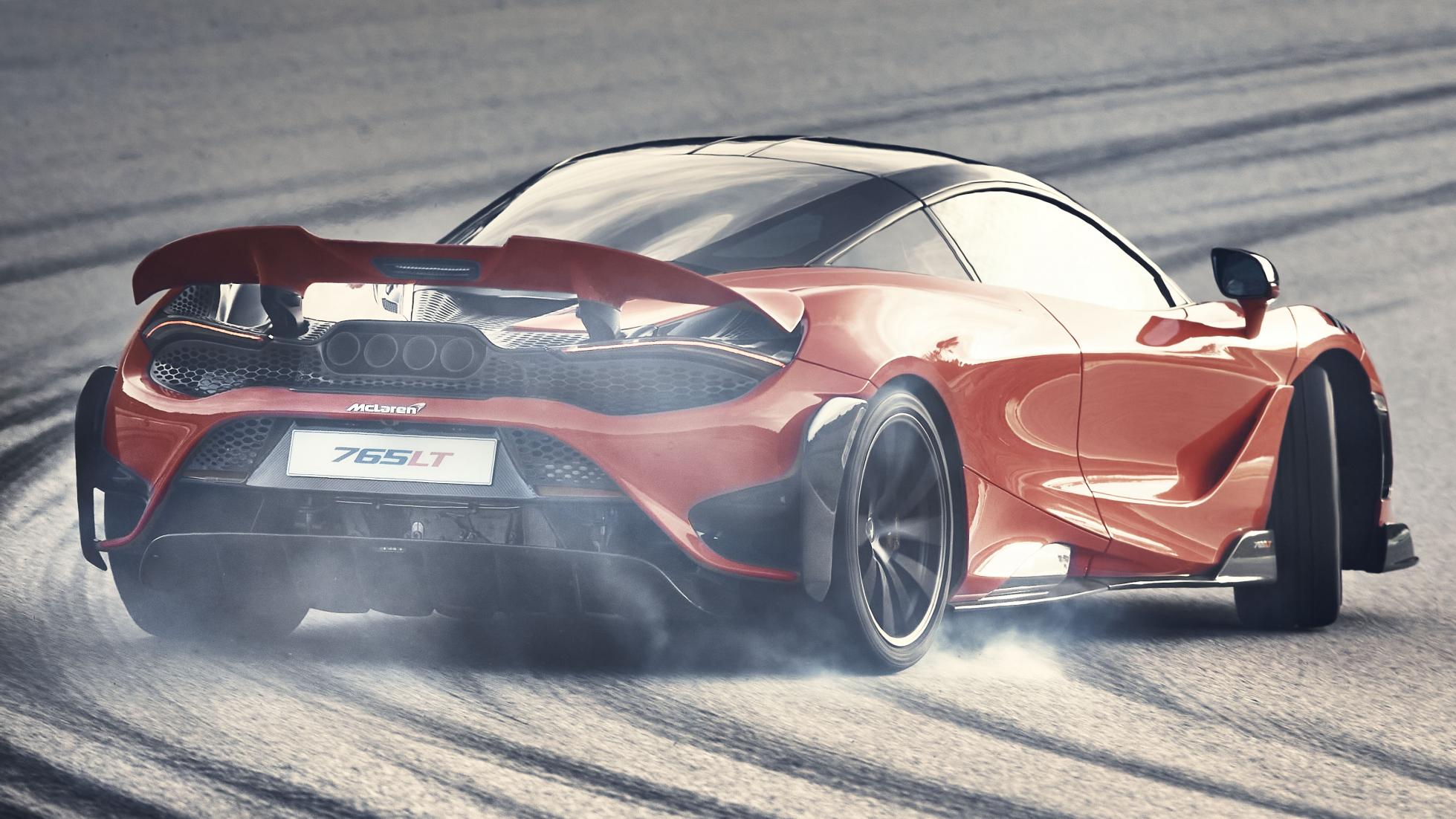 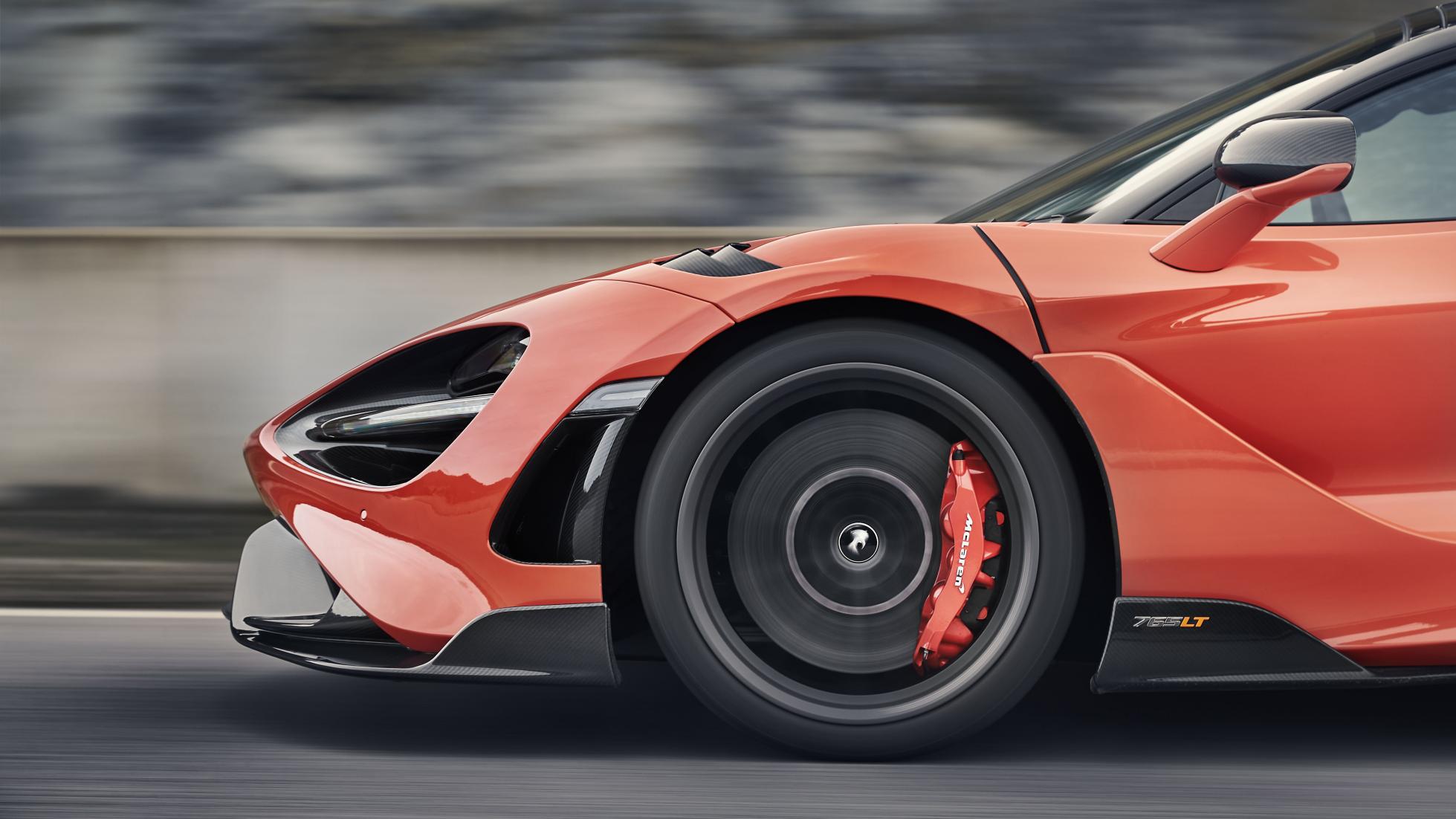 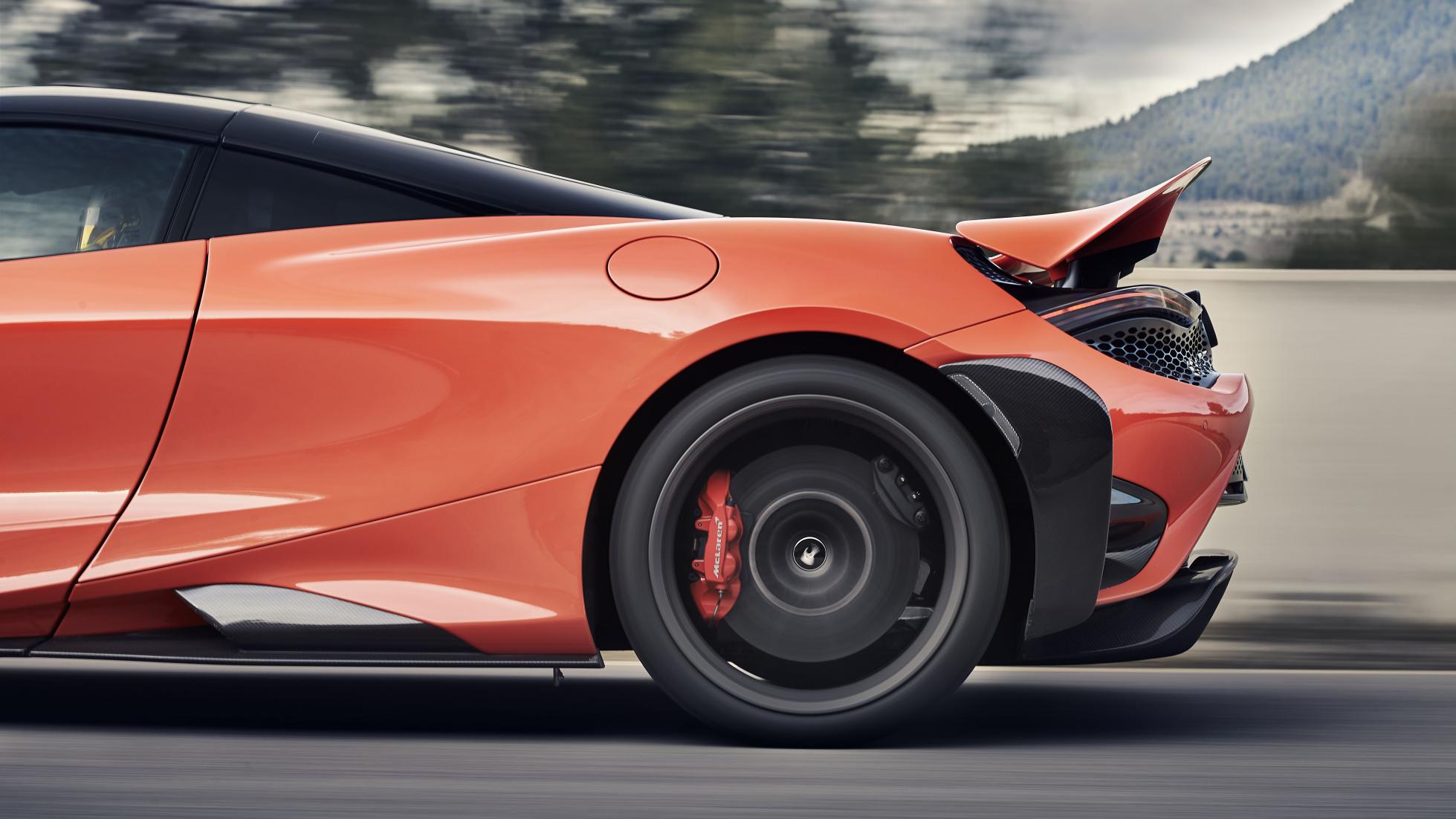 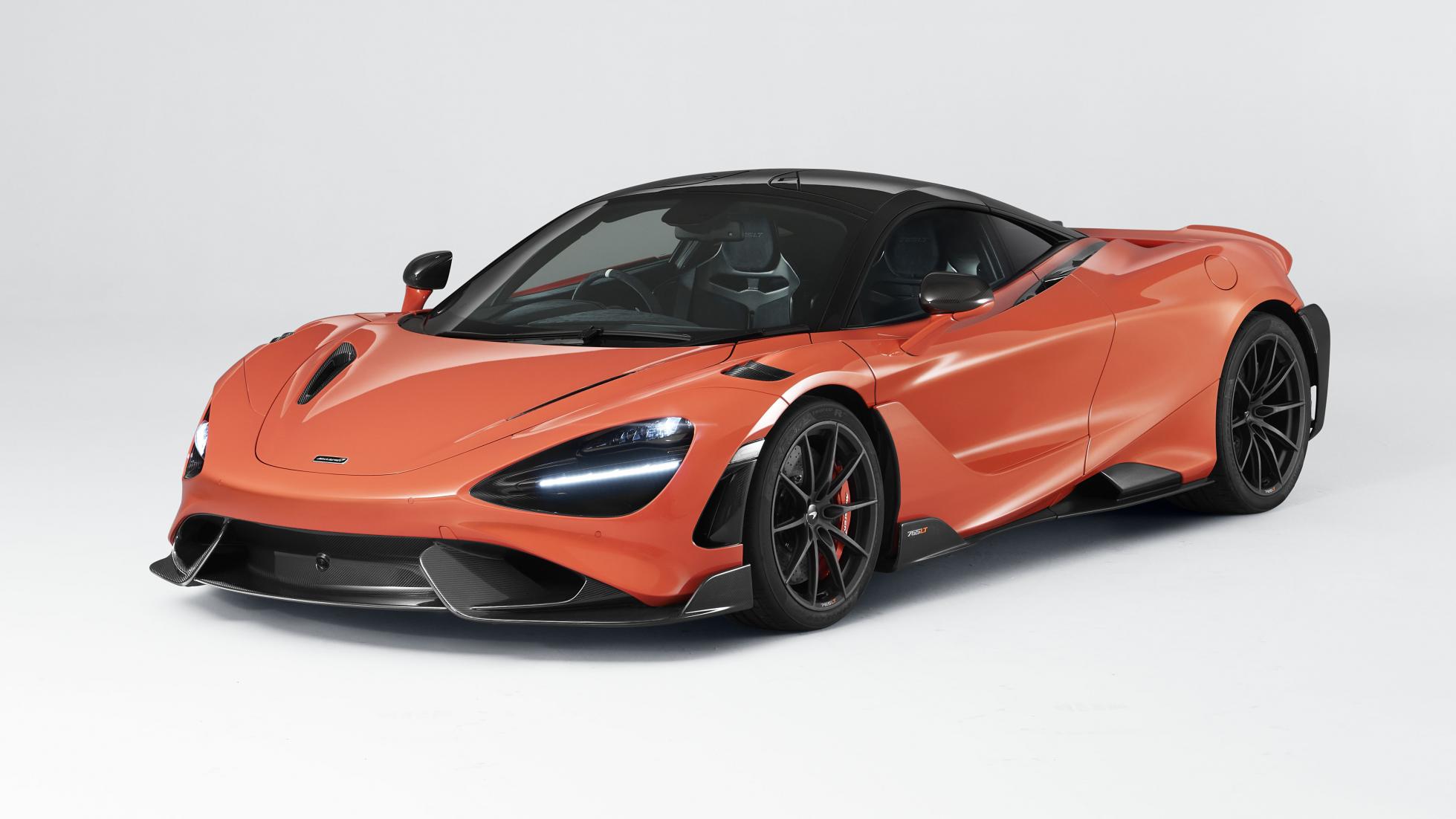 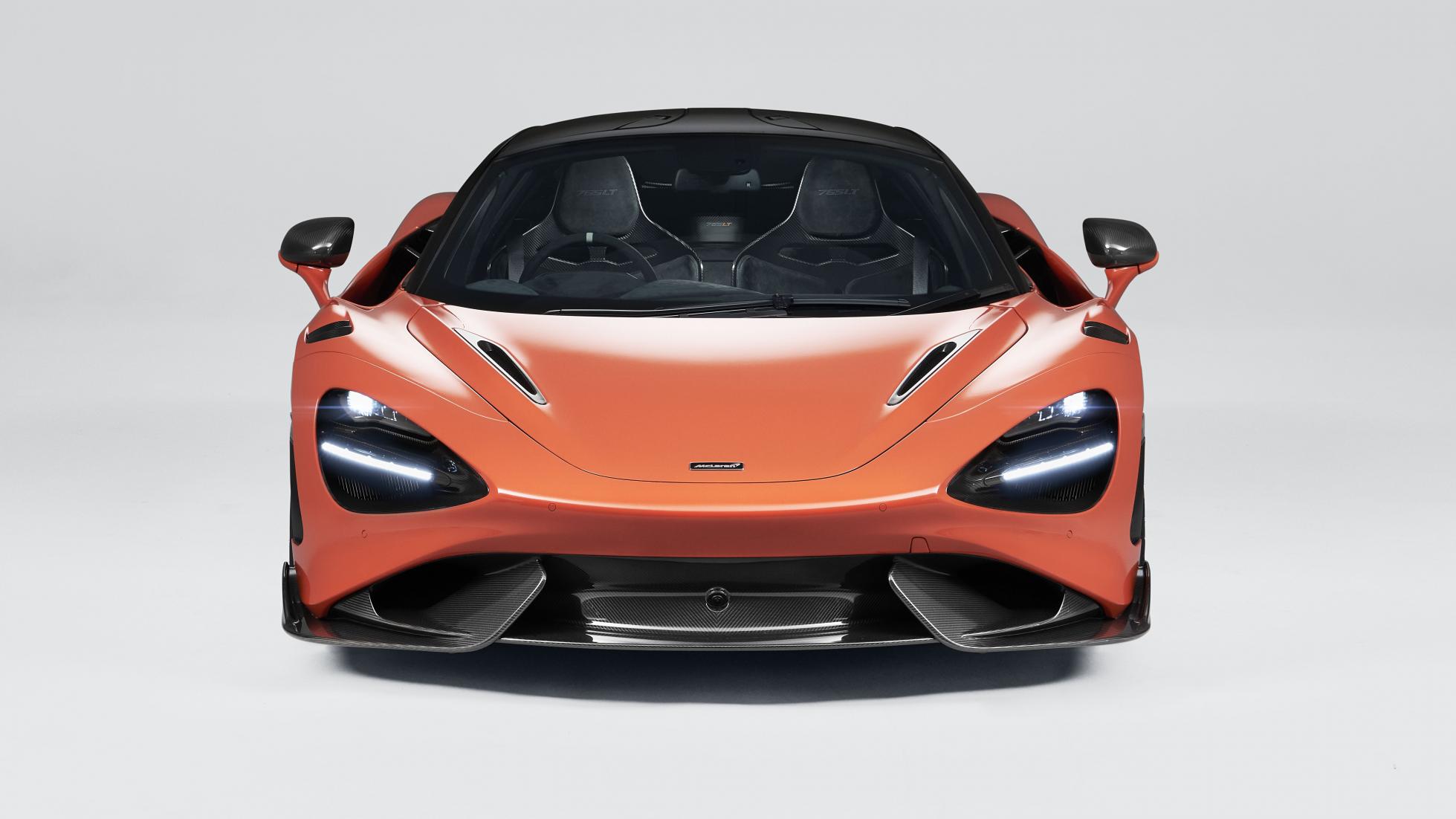 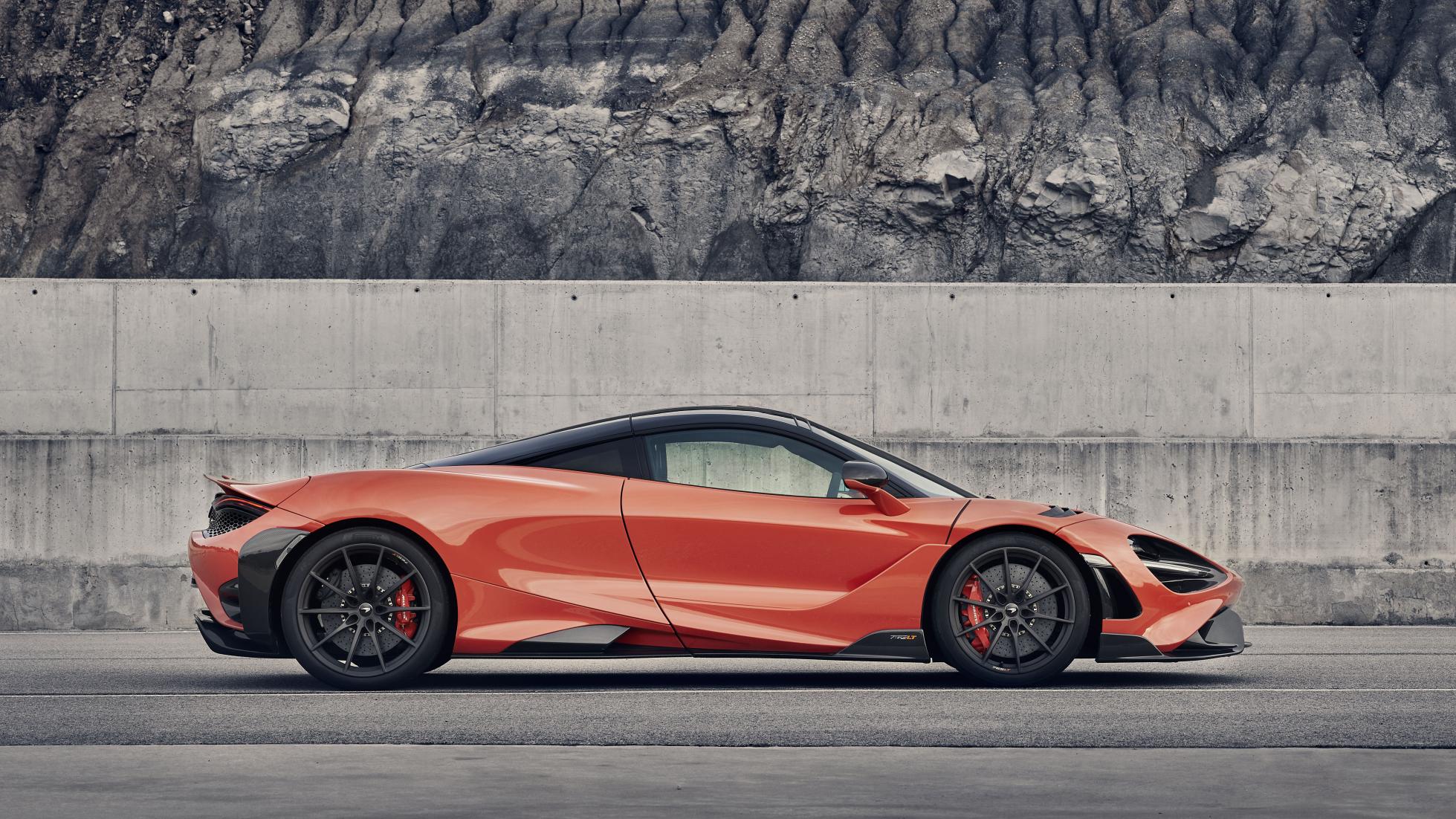 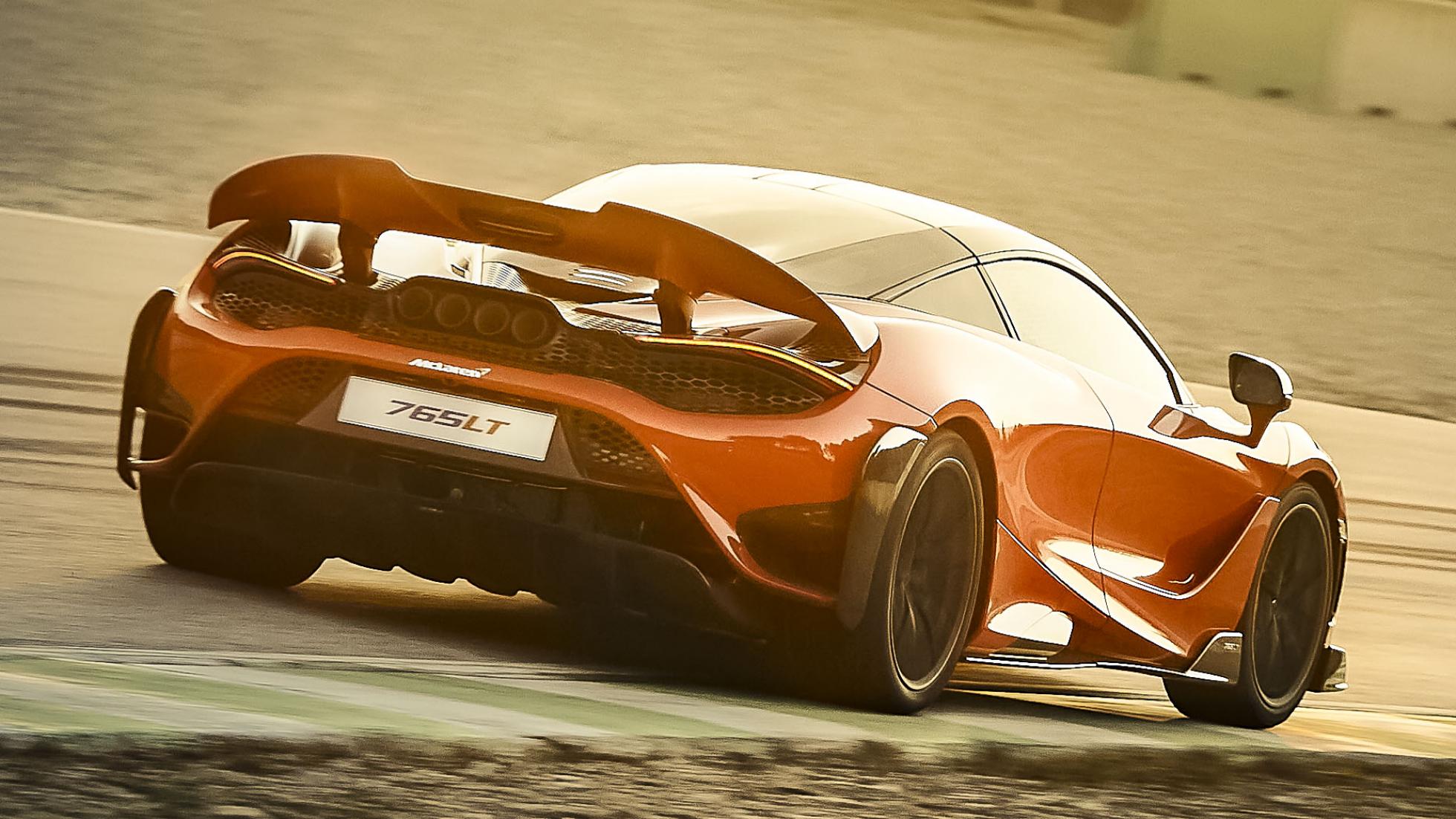 Driven a McLaren 720S lately? We have, it’s almost too quick. Not on the track of course, because there you can actually use all the performance, but on public roads it’s just ballistic.

But when has too fast ever been a problem for McLaren? It’s a car we all knew was coming, but that doesn’t make it any less shocking.

Allow us to introduce the 765LT – a harder, faster cousin to the 720S and the car that could make a Ferrari 488 Pista look pedestrian.

How do you make something quick even quicker? You know the drill – more power, more downforce and less weight. The 765LT sticks to the formula producing (as the name suggests) 765hp, 45hp more than the 720S. It also weighs 80kg less. 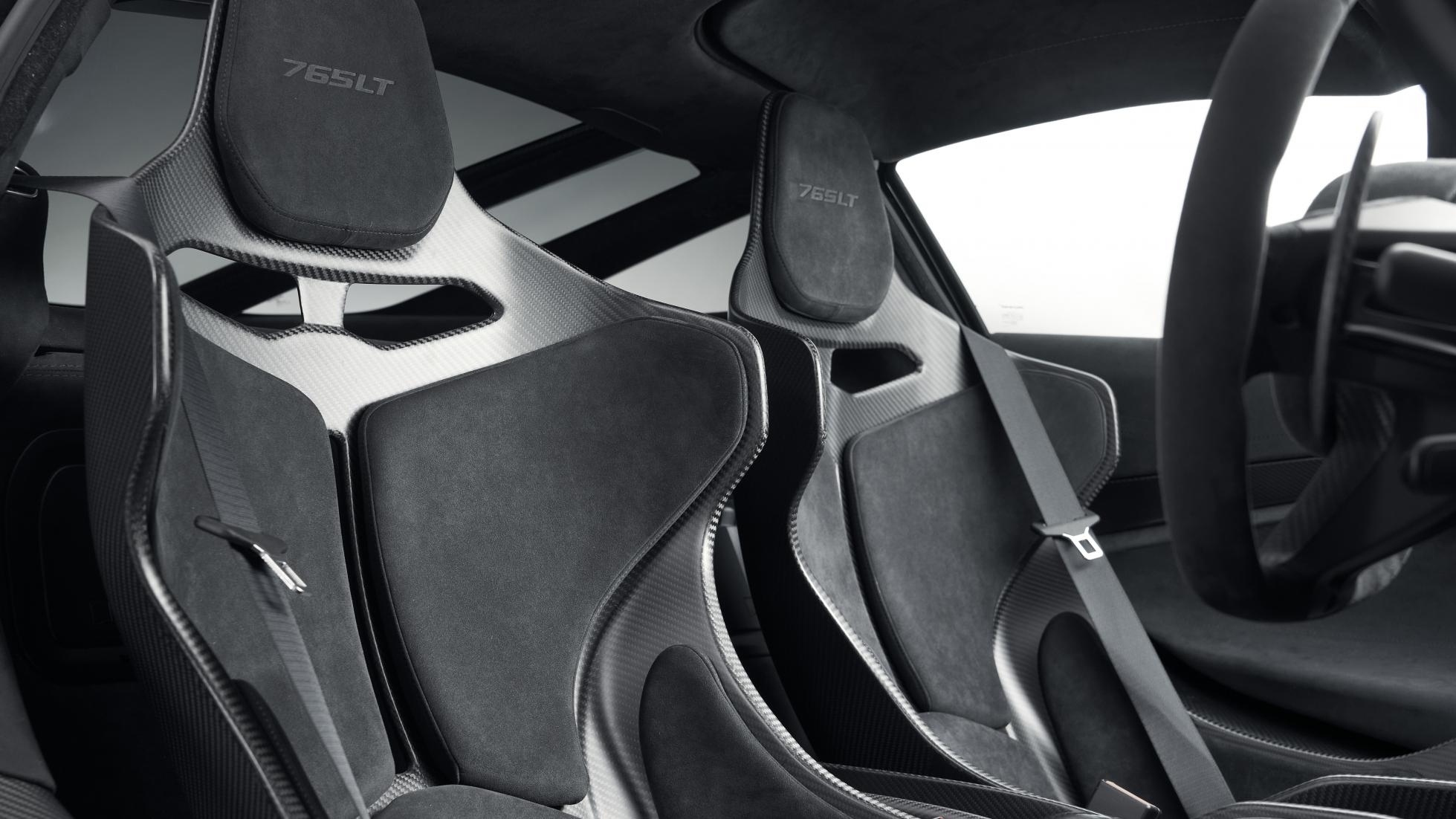 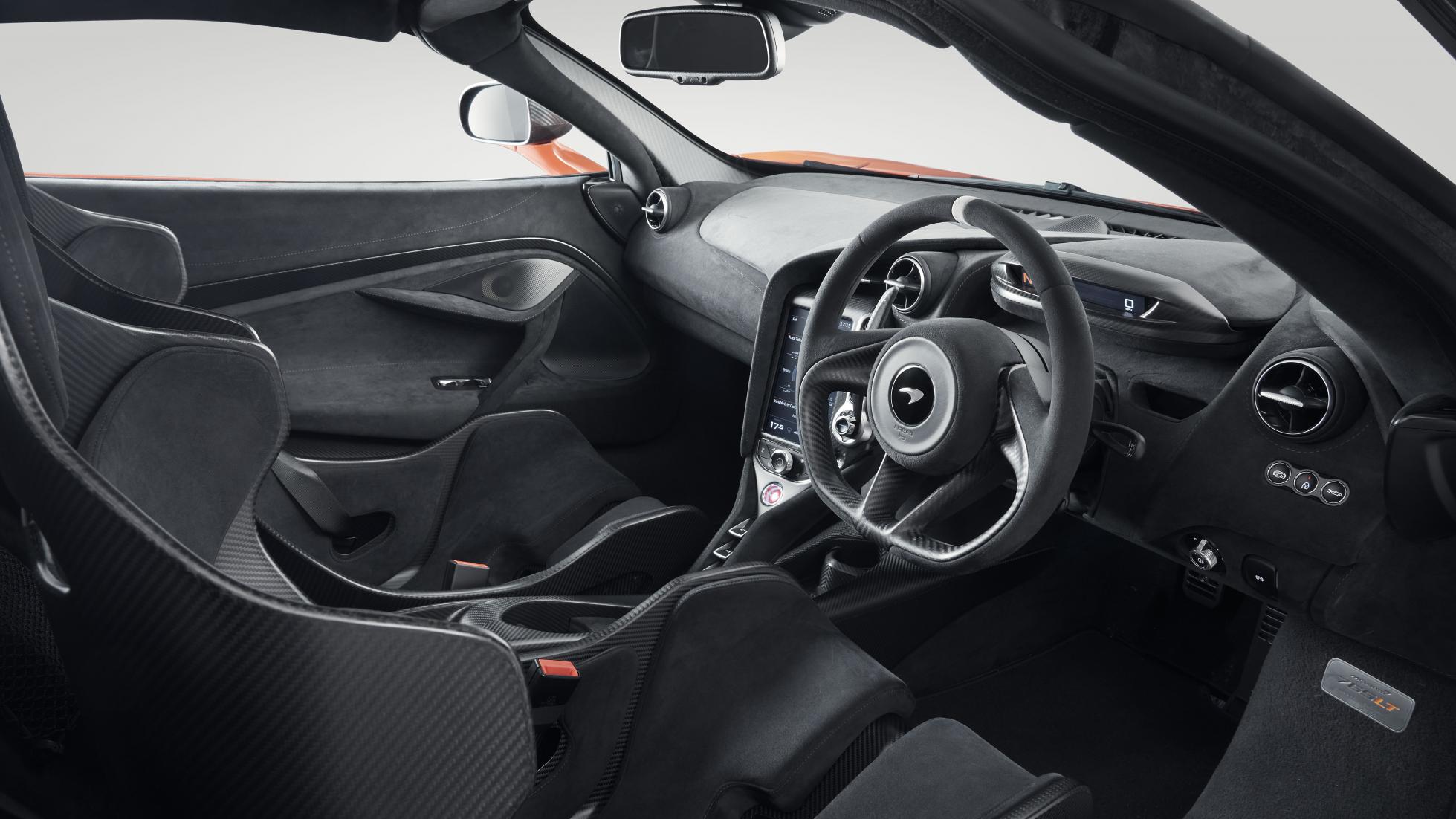 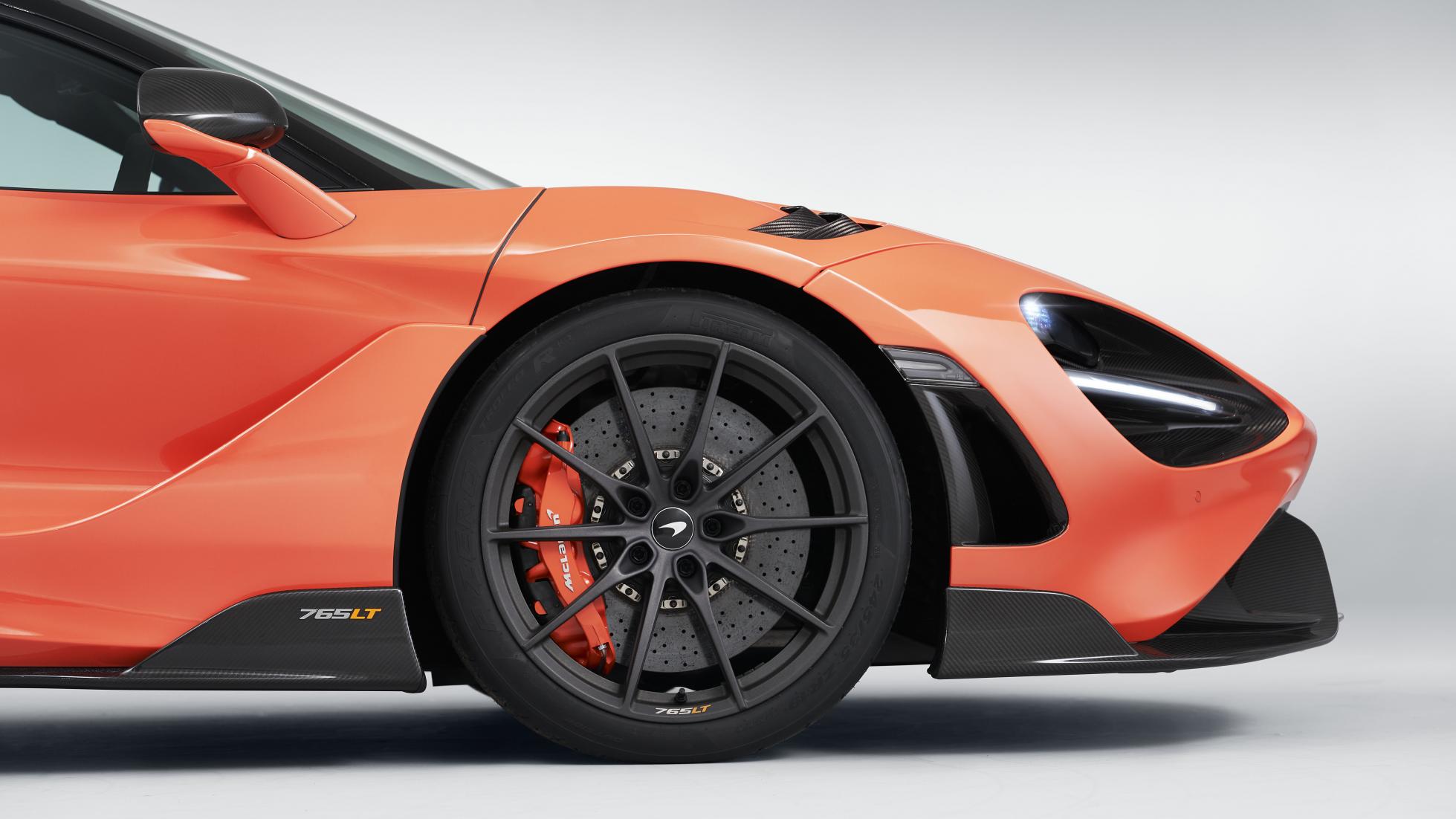 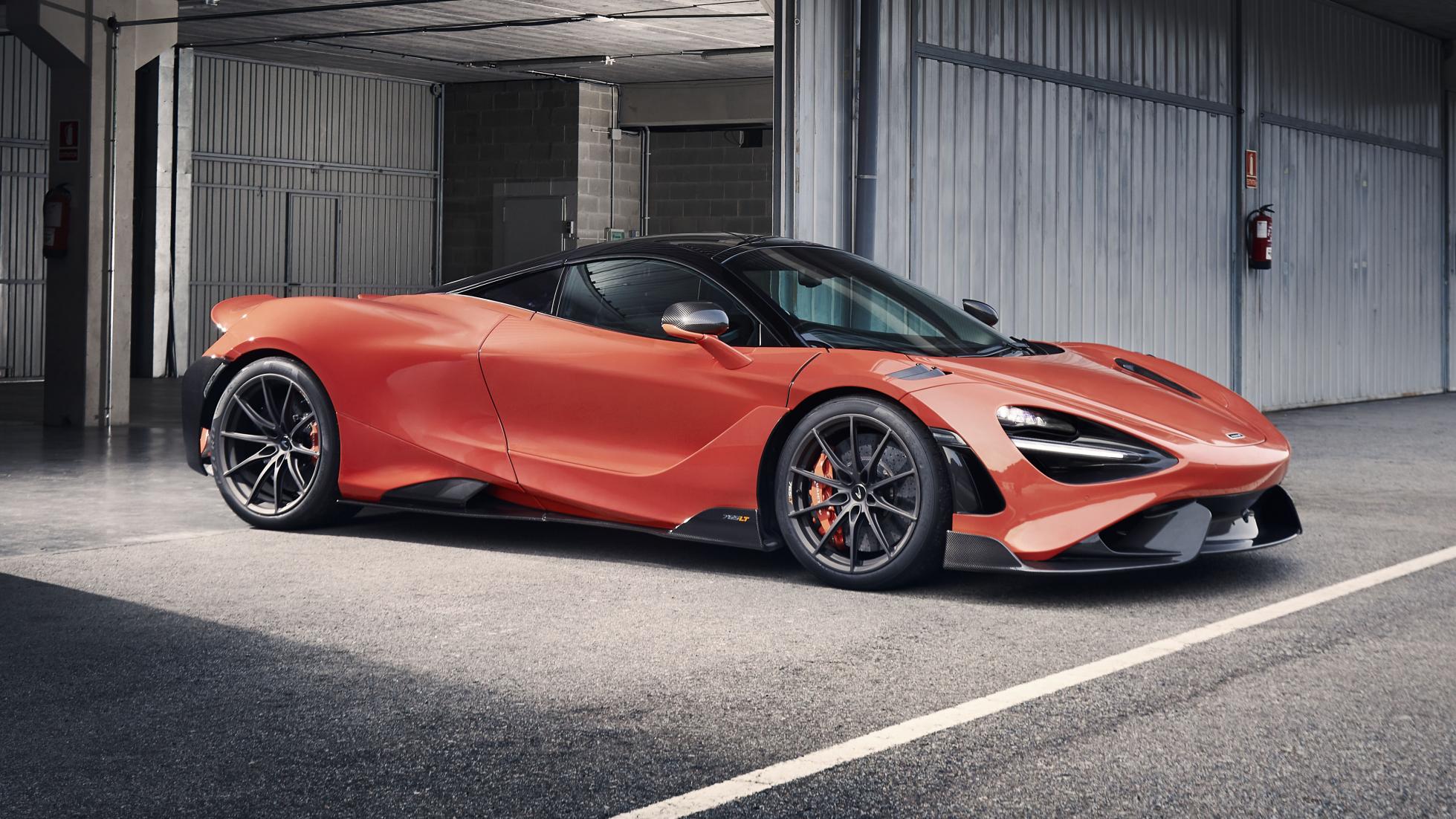 Let’s start with the diet: all the body panels are now carbonfibre - that’s 14kg saved; you get the seats from a Senna - 18kg right there; there’s new lightweight forged 10-spoke wheels fitted with Trofeo Rs as standard - total saving 22kg; and even titanium wheel nuts to shave off a few more grams.

You get the Senna brake callipers as standard and, as an option, the Senna’s extremely special carbon-ceramic discs that take seven months to cure for ultimate fade-free performance. It’ll stop from 200km/h-0 in just 110m, and probably tear your eyes out their sockets in the process.

And that’s not even the nerdy stuff. The rear windscreen and rear quarter windows are polycarbonate, there’s thinner glass for the windscreen and windows, no carpets, a new carbonfibre centre console without an arm rest and McLaren’s first full titanium exhaust.

Lighter, noisier, and fitted with quad pipes that remind us of a Bugatti Chiron Sport, the pipes, like on the 600LT, are the defining design cue – the thing that lets supercar spotters know they’re not looking at a normal 720S. The styling then… not subtle is it? Overall it produces 25 per cent more downforce than the 720S, which dictates the way it looks. The huge carbon front splitter is all new, GT2 RS-style vents in the top of the front wheel arch are new and relieve pressure to reduce lift.

Larger and more pronounced carbon side skirts stick out the sides and round the back you have an active wing that’s 20 per cent bigger than a 720S, and a substantially larger rear diffuser.

Surprise, surprise, the engine is McLaren’s 4.0-litre twin turbo V8, producing, in old money 765hp and 800Nm of torque - that’s thanks to the addition of fuel pump, pistons and head gasket from the Senna.

The suspension is a refined version of the 720S’ linked-hydraulic Proactive Chassis Control II setup, now with 11 per cent stiffer spring rates front and rear, a 5mm lower ride height at the front and a 6mm wider front track. Final drive ratio is 15 per cent shorter than a 720S, the lowest of any McLaren, which should make the in-gear acceleration feel… lively. Want to show off all that lovely engineering? You’ll need the optional engine viewing port on the rear shelf.

The rest of the interior is familiar 720S, but with a bit more bite.

There are mats, but just a naked carbonfibre floor underneath, seats that just swallow you up, no air-con if you’re a sadist.

McLaren says the 765LT is still a road car at heart, though we’re not sure we’d want to pop to Lidl in this.

No word on price yet, although we know just 765 will be built (see what they did there?).

But the pressure is on - this is the first ‘Longtail’ to directly succeed another LT model, the brilliant 675LT. Big boots to fill…